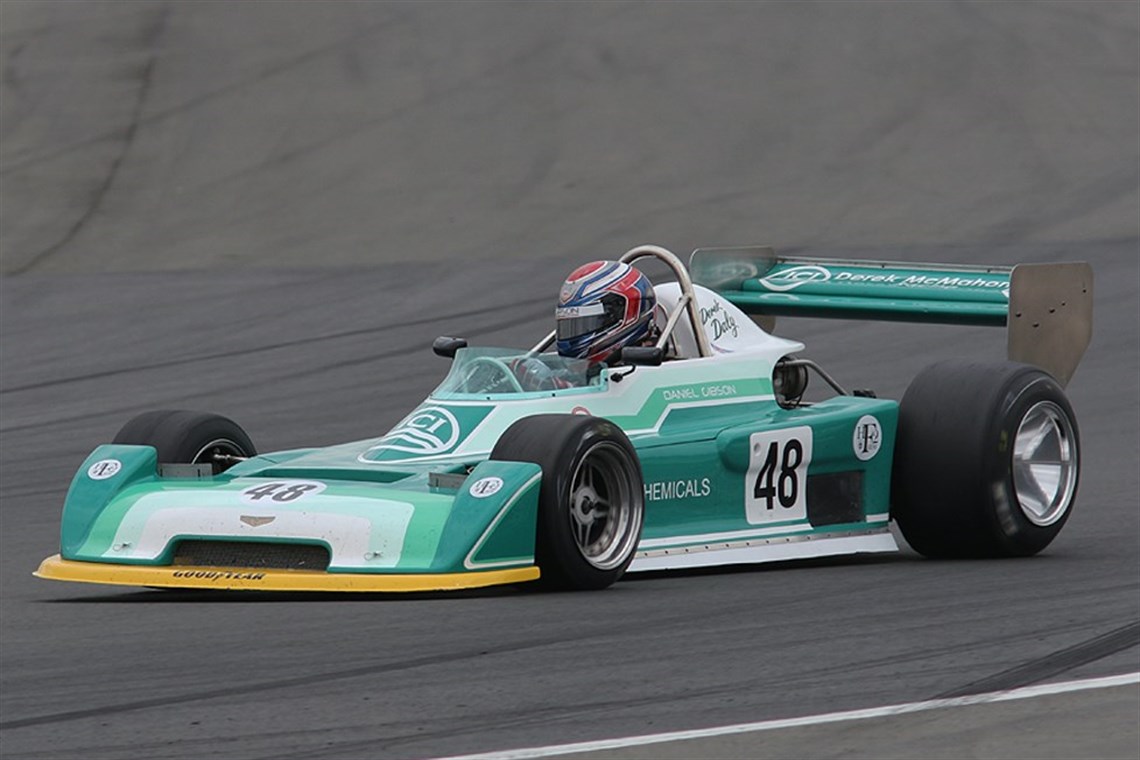 Daniel Gibson scored his first Formula 2 victories with a double win in rounds five and six of the HSCC Historic Formula 2 FIA-sanctioned International Series during the Grand Prix de France Historique at Magny Cours over the weekend.

This major new racing festival was one of the highlights of the 2017 historic racing season under the patronage of Jean Alesi. Historic F2 had a prominent place on the programme, which celebrated the history of single-seater racing.

In only his second weekend of Historic F2 racing in his Chevron B42, Gibson re-took the lead of the opening race from Dean Forward (March 782), who led for a spell mid-race. In the second race on Sunday, Frenchman and series newcomer Gislain Genecand (March 782) led until the last lap when Gibson went back ahead to win as Genecand finished second. Forward completed the Sunday podium. Gibson, who is still very new to single-seater racing, headed the Bruno Giacomelli Trophy Class C for 2-litre F2 cars from up to 1978.

There was a rare defeat for multiple champion Robert Simac (March 712M) in the Jochen Rindt Trophy Class A for 1600cc F2 cars from 1967 to 1971. Manfredo Rossi (March 712) took the class by finishing third overall in the first race and then repeated the class victory on Sunday.

There is now a break in the calendar before the season resumes at the Oulton Park Gold Cup on 26-28 August. Rounds seven and eight of the HSCC Historic Formula 2 FIA-sanctioned International Series will be headline races at this high-profile event, run at one of Britain’s most spectacular tracks.

The Historic Formula 2 International Series is open to single-seater racing cars built to the appropriate Formula 2, Formula B and Formula Atlantic regulations between 1st January 1967 and 31st December 1978, running to their original specification and using components of a type used in period.