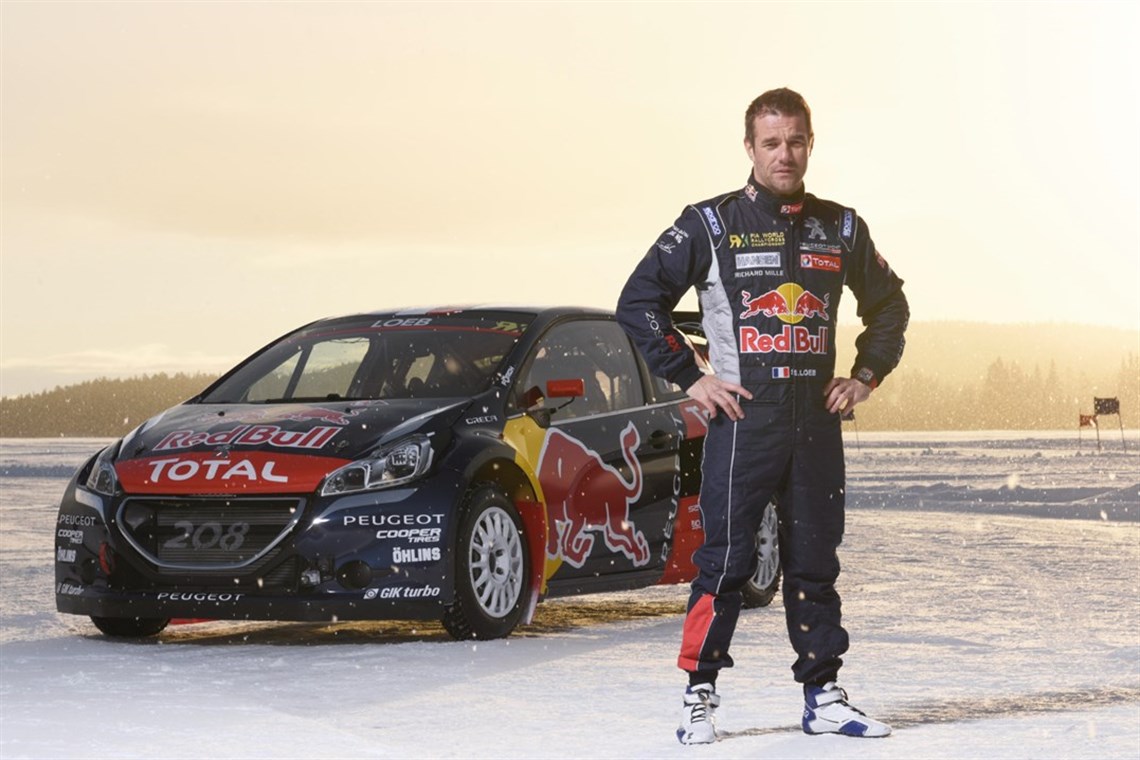 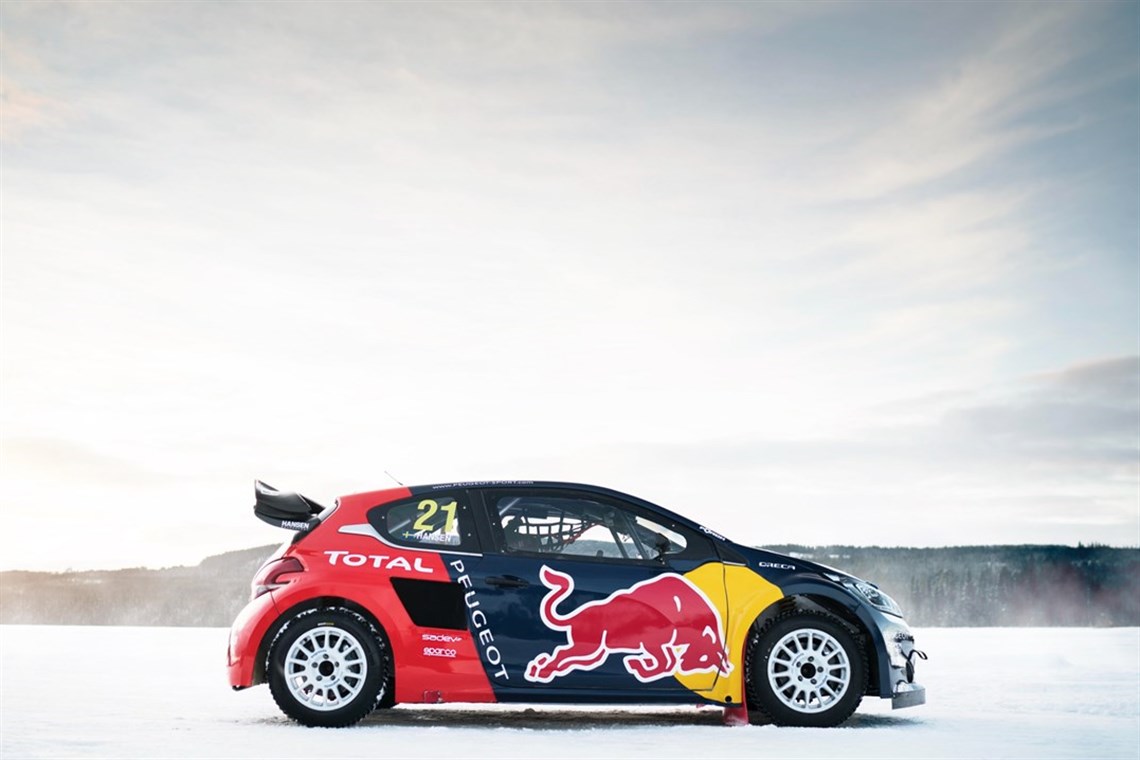 Before the start of the season, Loeb and Hansen were put to the test in Hansen’s home country, over a challenging ice track on a frozen lake in Are, Sweden. Watch the team battle it out on this unique rallycross playground here.

Having racked up more rally championships and wins than any other driver, Loeb’s latest move to rallycross comes as no surprise. He is no stranger to the sport either: Loeb competed at his home round at Loheac back in 2013 and also won a rallycross gold medal at the 2012 X Games in California.

“I’m very excited by this opportunity to participate in the full FIA World Rallycross Championship for the first time,” explained 42-year-old Loeb, the world’s most successful rally driver. “Over the years I have been fortunate to participate in some truly amazing racing, but rallycross - with the sheer power and the competiveness of the Peugeot 208 WRX plus the intense nature of the competition - will be something very special. The car and the strategy for this type of racing is completely new to me, so I have a lot to learn, but I hope I can be competitive pretty soon.”

Team Principal Kenneth Hansen added: “Last season we proved that we had the potential to perform in the series with Timmy Hansen and Davy Jeanney. By adding Sebastien Loeb to the equation, we will be even stronger. Rallycross is one of the hardest disciplines to dominate, with no room for mistakes. Loeb has incredible capacity to adapt and I have no doubt that he will be a strong challenger.”

Hansen and Loeb will aim to win both the World RX team and driver titles this year. Hansen concluded: “I’ve looked up to Sebastien Loeb my entire life: I even met him once to get his autograph. So to work with him now is like a dream come true for me. I have a lot to learn still, so to get advice from him will be amazing. And I’m sure he’ll also have a lot of specific things to learn from me in rallycross. That’s how I hope we can bring the team forward together: pushing new limits and helping each other grow.”

As well as the main squad, Peugeot Sport and Hansen Motorsport have started a new team venture with Peugeot Hansen Academy this year, with Davy Jeanney and Kevin Hansen.

Frenchman Jeanney, who won two rounds of last year’s World RX [Canada and Germany] will be the new team’s mentor driving a Peugeot 208 WRX Supercar in ten rounds of this year’s World Championship. “I’m very happy to continue working with one of the most competitive teams and to share my experience with Kevin for his debut in the top international series,” explained Jeanney.

Kevin Hansen, who won last year’s RX Lites Championship and finished second in the Swedish Championship in 2015, will compete in the FIA European Rallycross Championship this year as well as selected world outings.

“It’s great to have Davy on the team and to have the chance to learn from such a professional driver,” said Kevin Hansen. “He has so much experience and is a good coach to have, especially now that I will be also racing in part of the world series.”

A well developed strong race winning car with all the right bits!