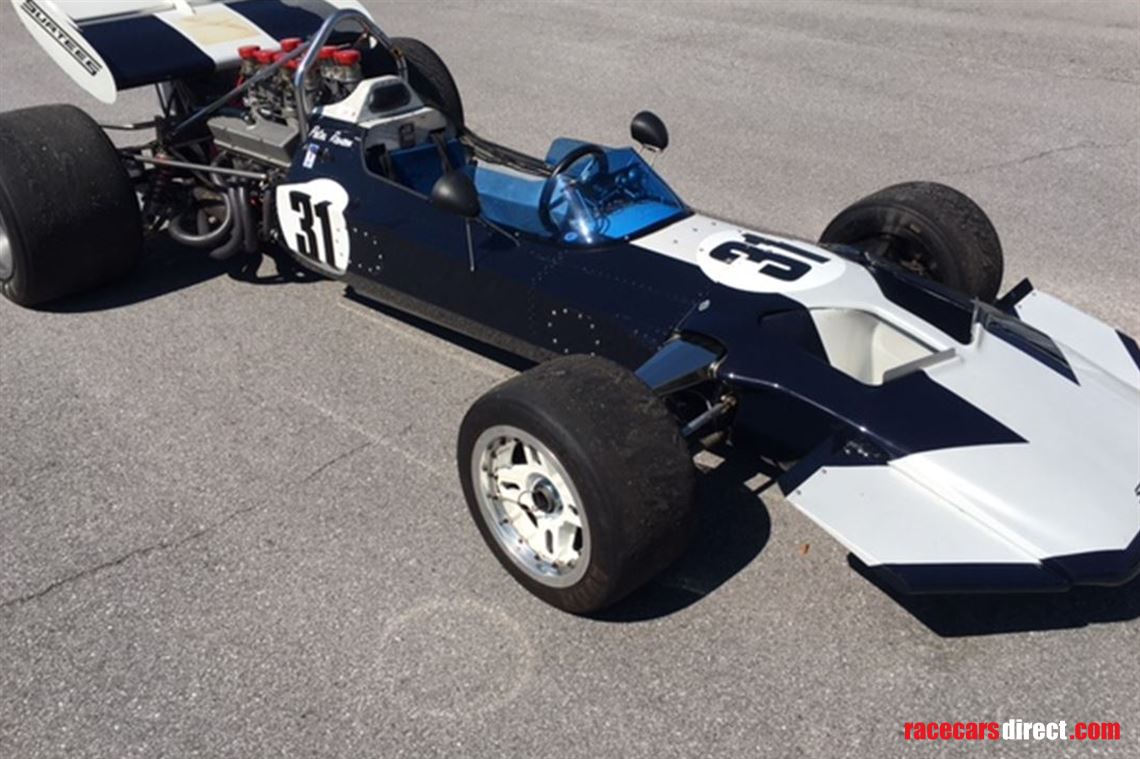 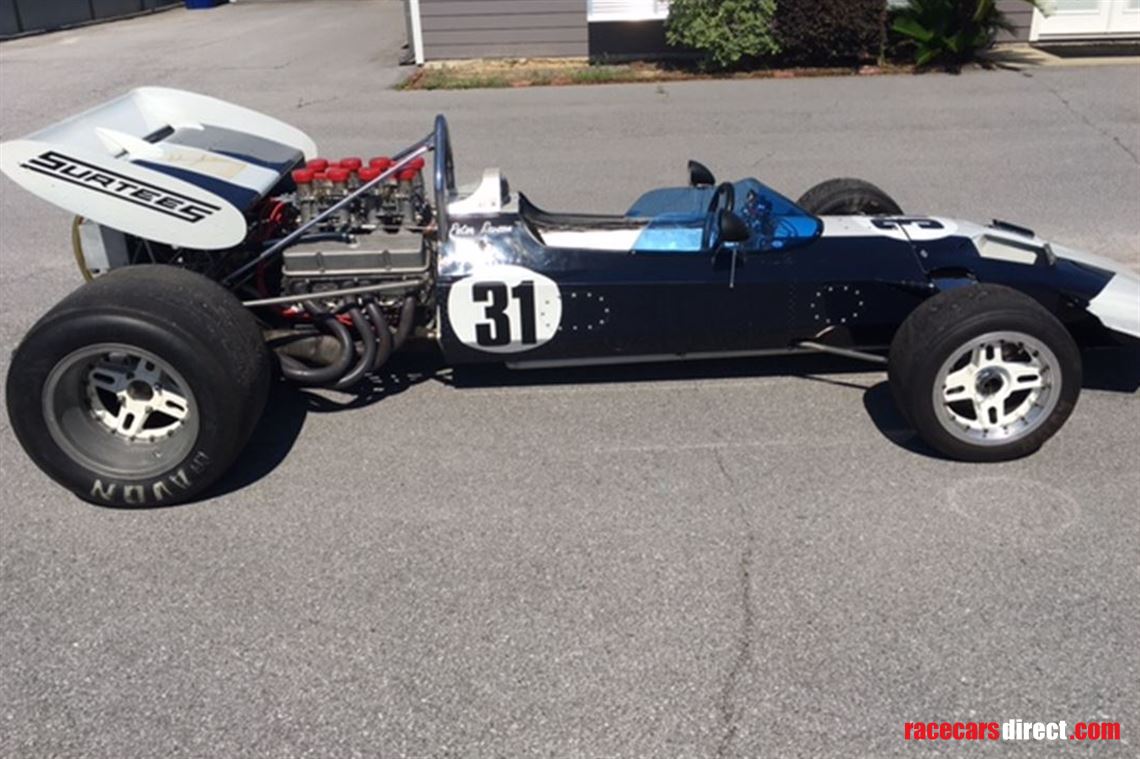 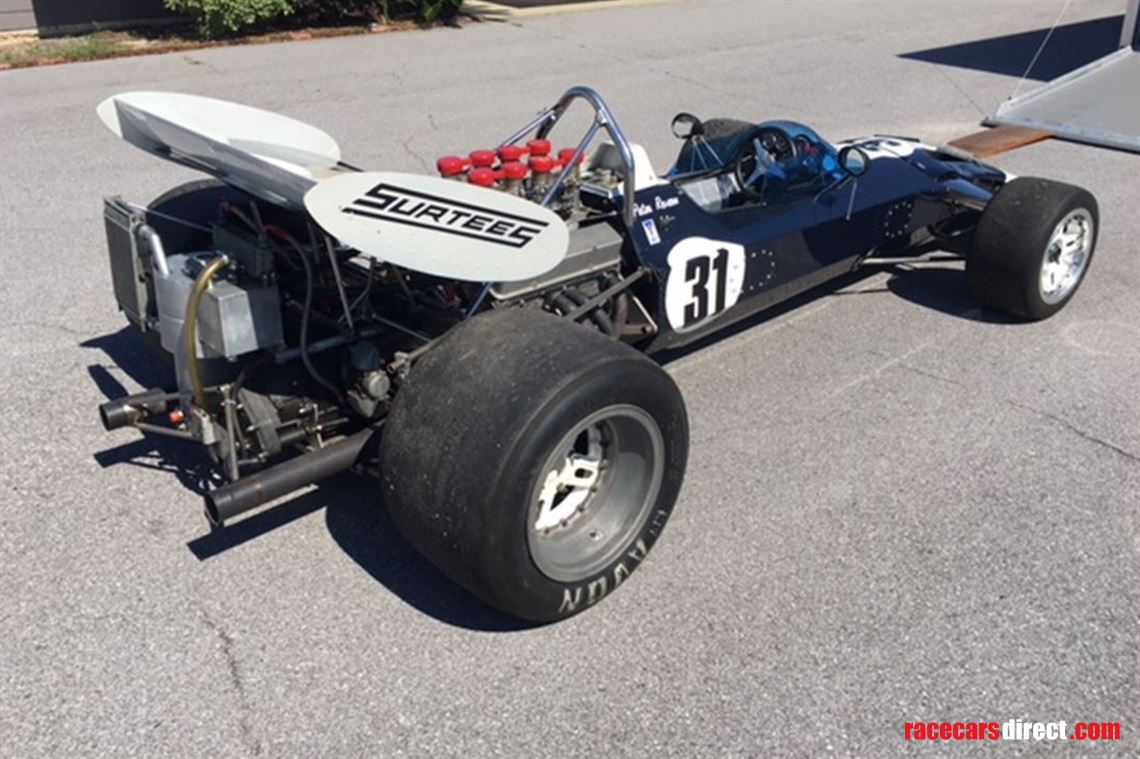 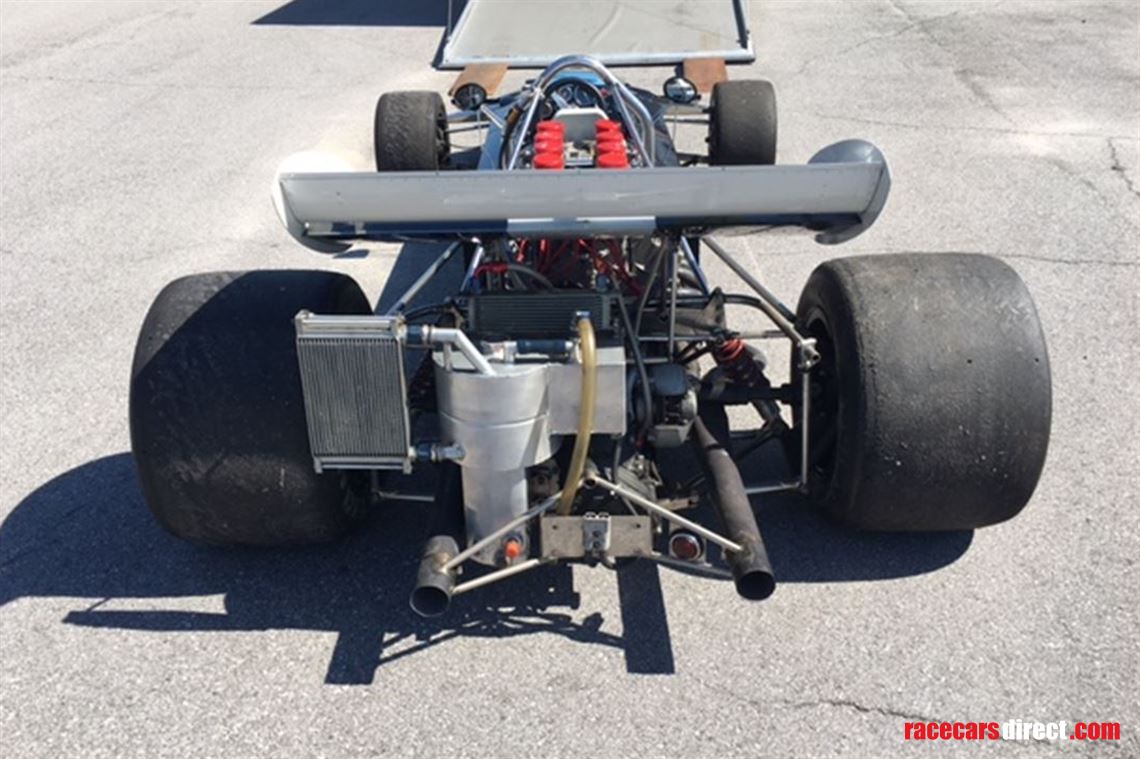 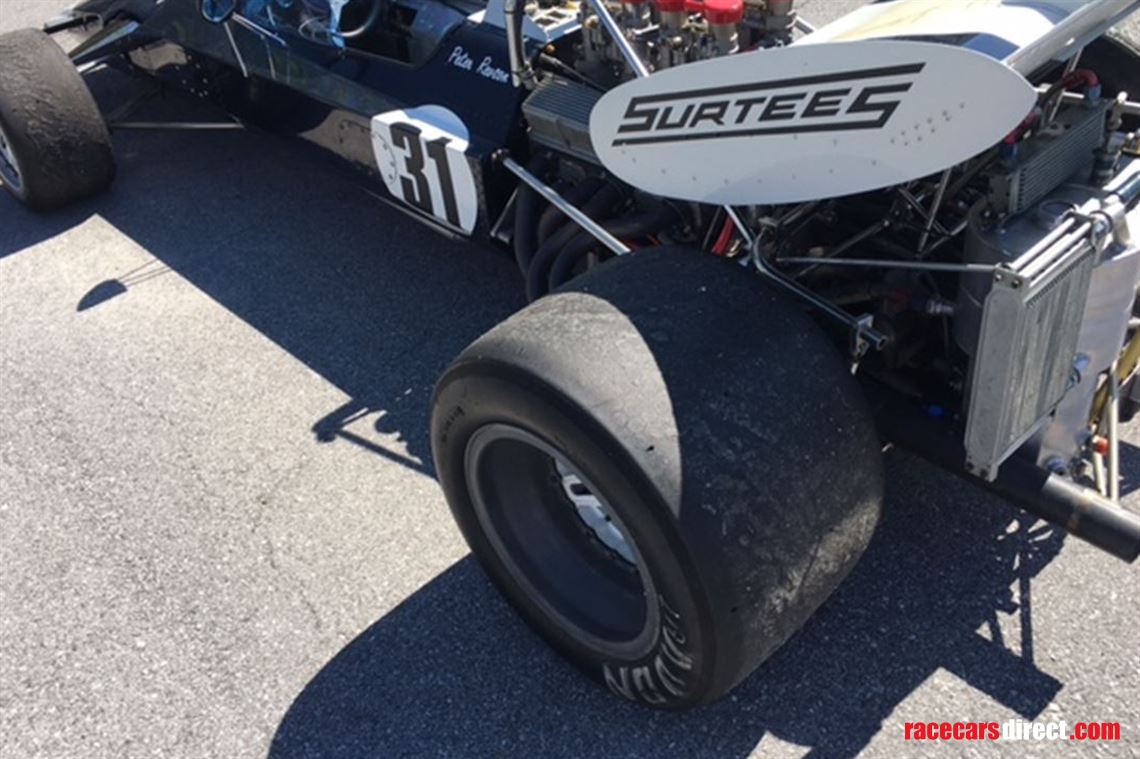 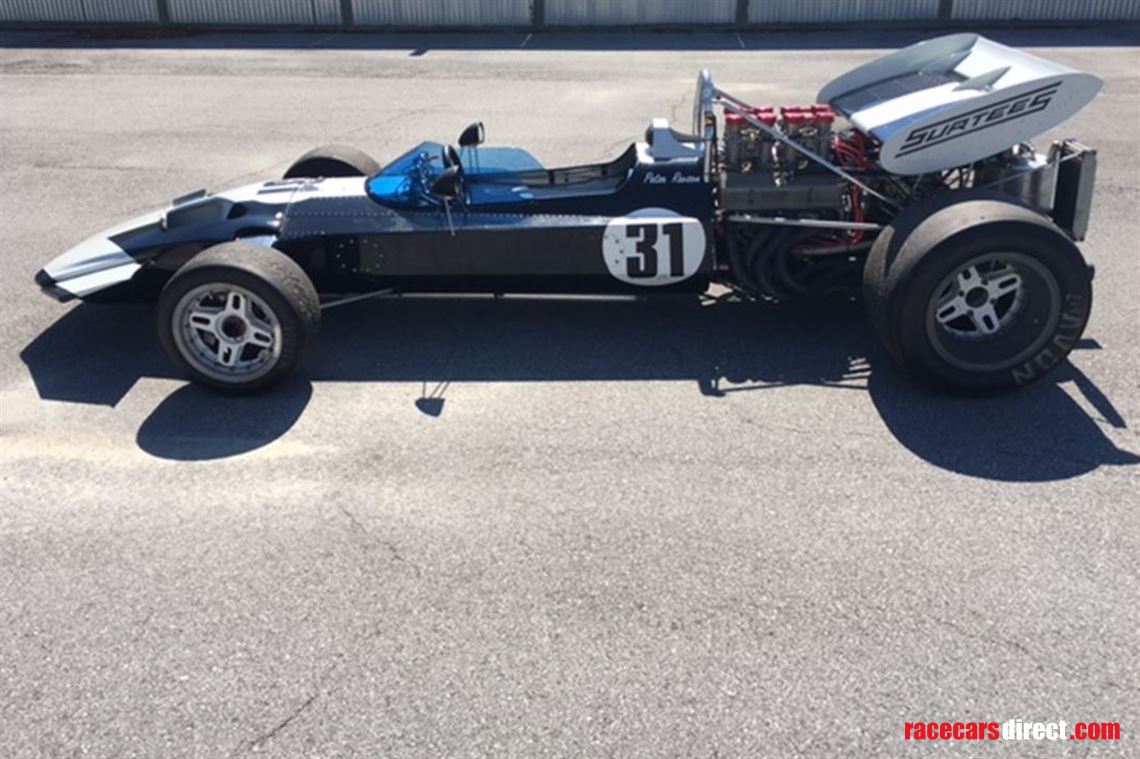 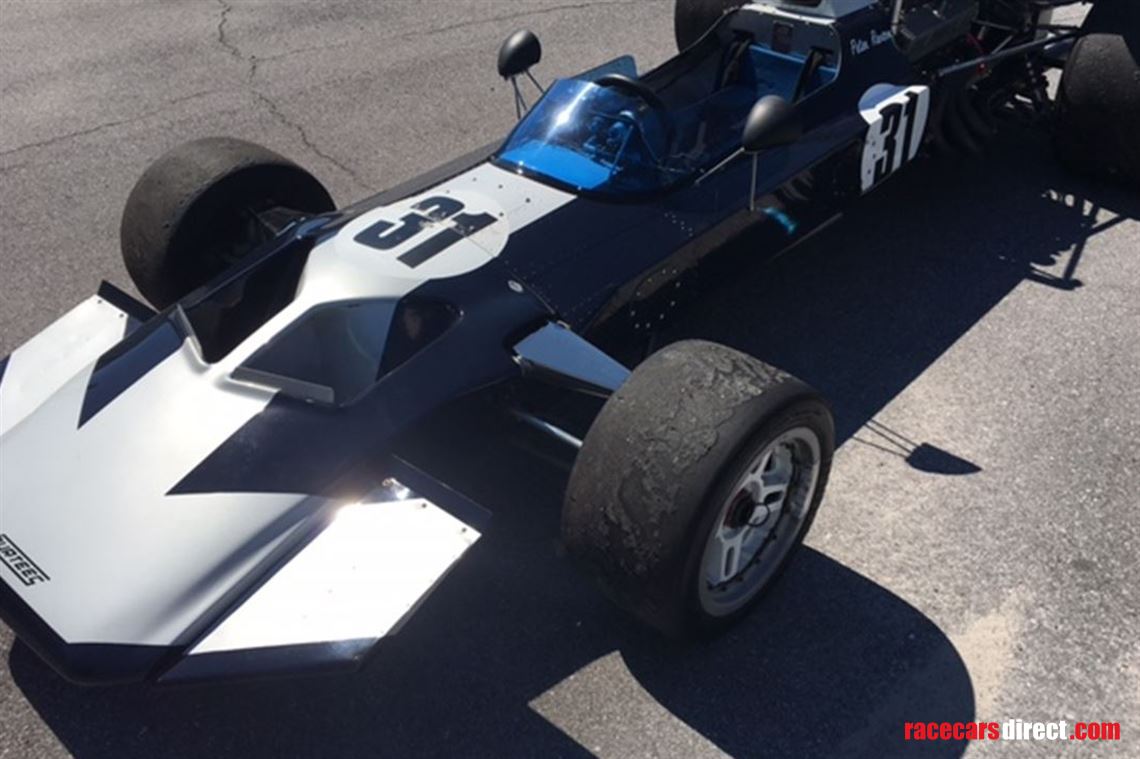 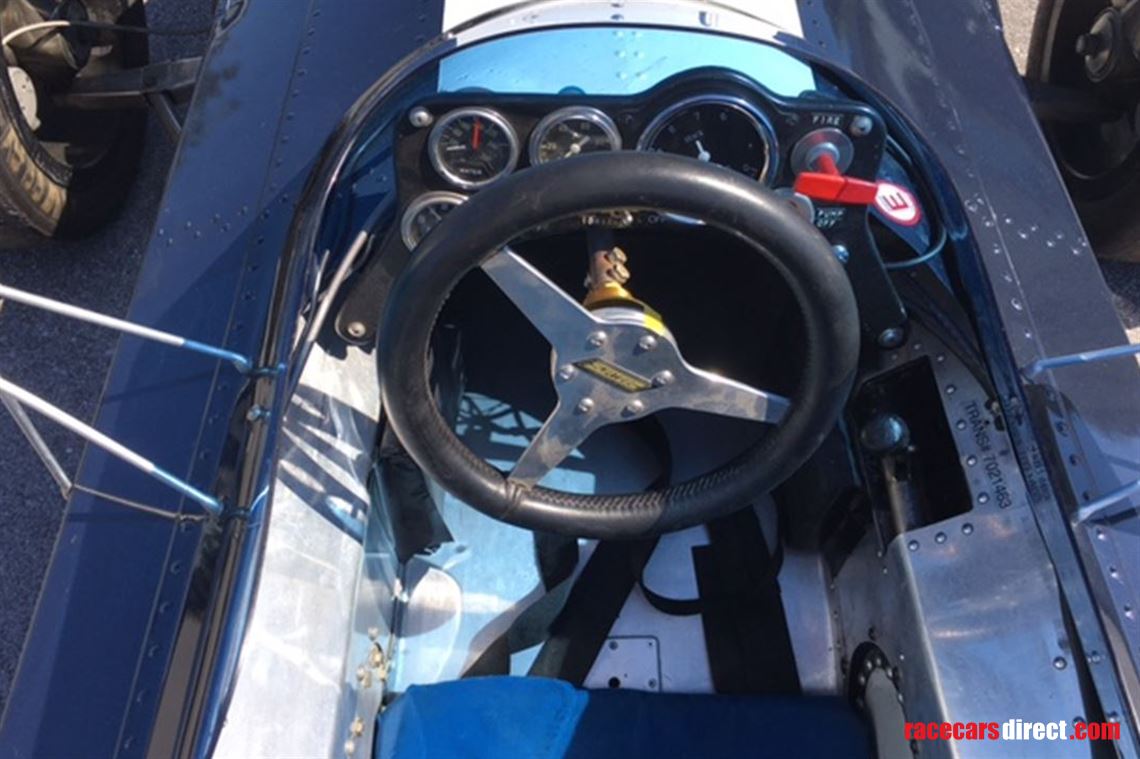 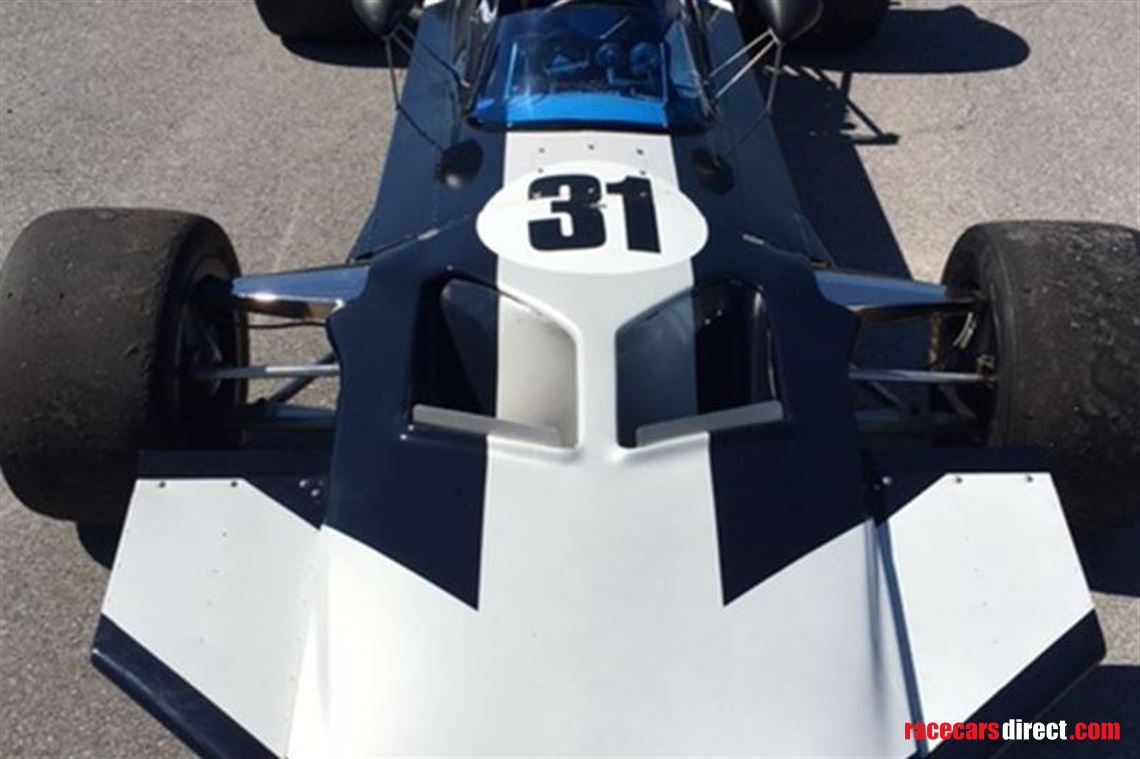 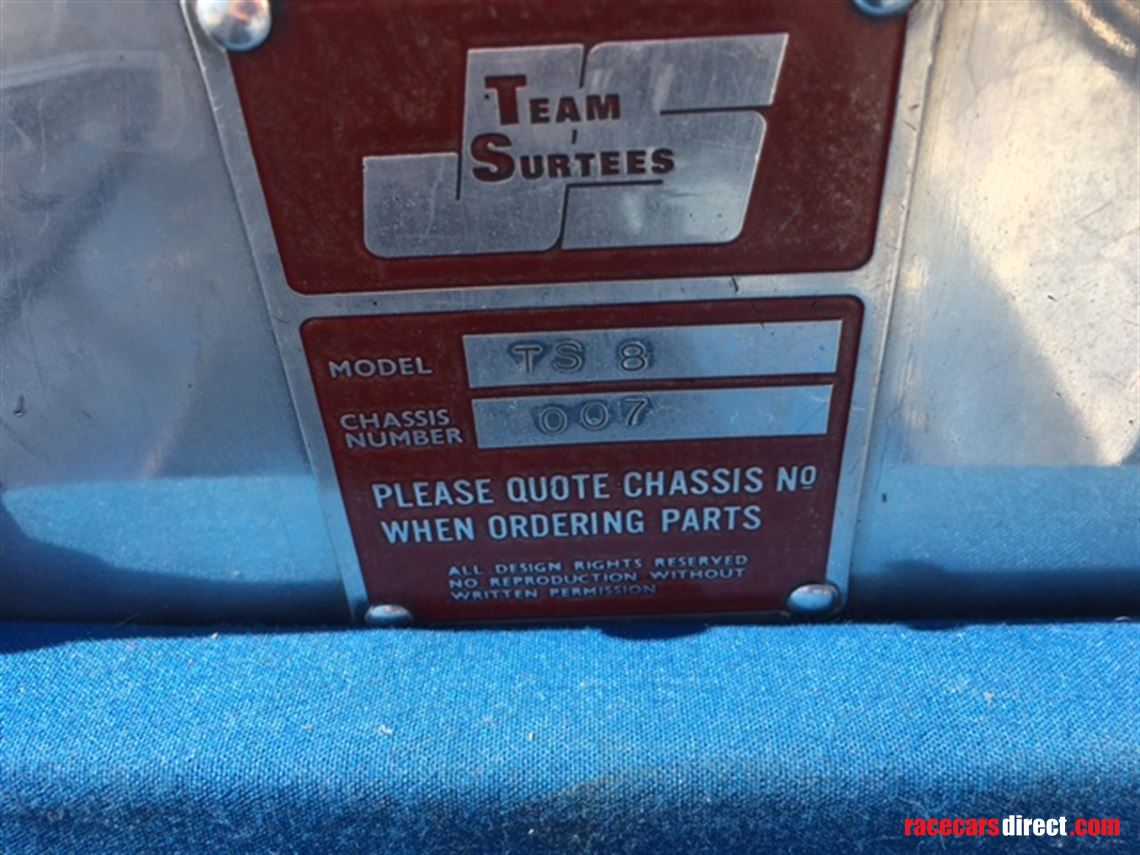 >First raced by Peter Revson in the Questor Grand Prix at Ontario Motor Speedway.  F1 cars vs F5000 cars. Won by Andretti in a Ferrari

>Purchaed by myself around 1985 and I drove it in approx. 15 to 20 vintage events over the next several years

>Displayed at Amelia Island in approx. 2001 when John Surtees was Grand Marshall/Rear wing signed by JS at that event.

>I sold the car in early 2000’s and subsequently bought it back in 2019.  My last event was Road Atlanta a couple of years ago

>I have decided to sell the car due to the fact that its performance surpasses my driving capabilities i.e. I am getting too old for the car.

>Car recently had undergone a professional freshening which included suspension upgrades, gearbox renewal and conversion to Weber carbs from fuel injection which brings the car back to original spec. Done by Chris Schneider.

>Car is located in my shop in Panama City Fl

>Spare engine, windscreens and 4 spare wheels included with the car 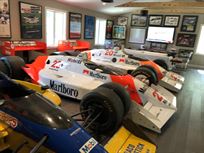