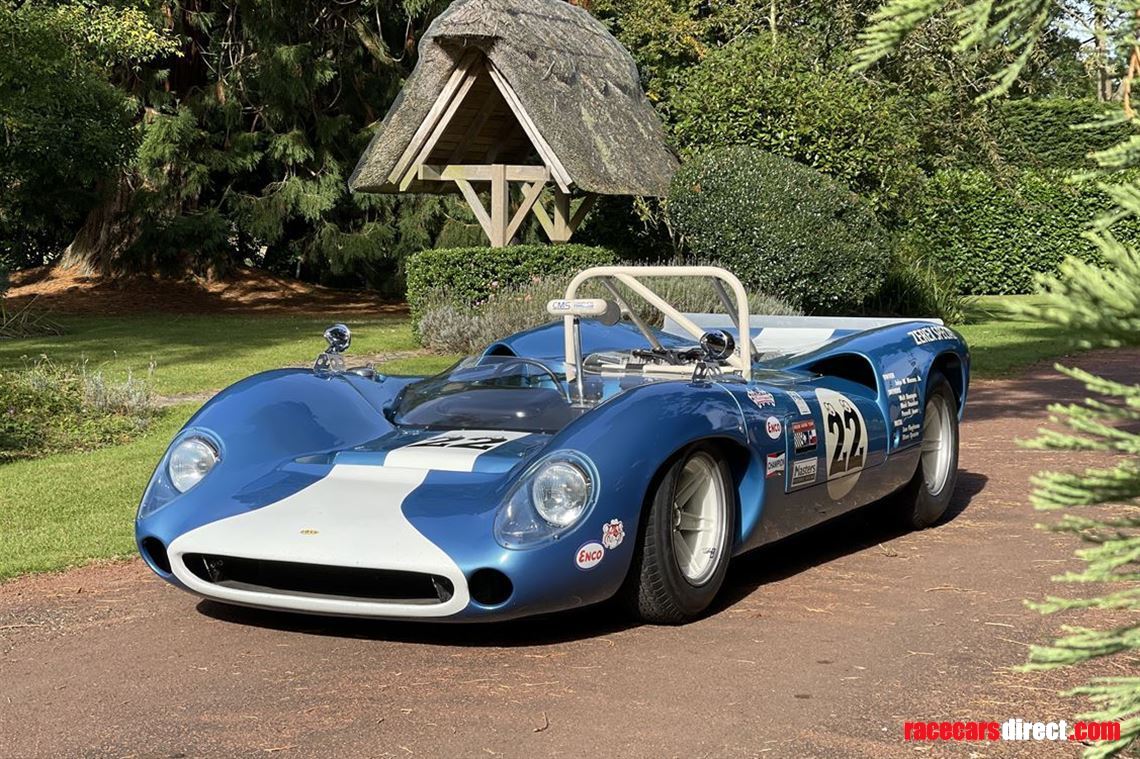 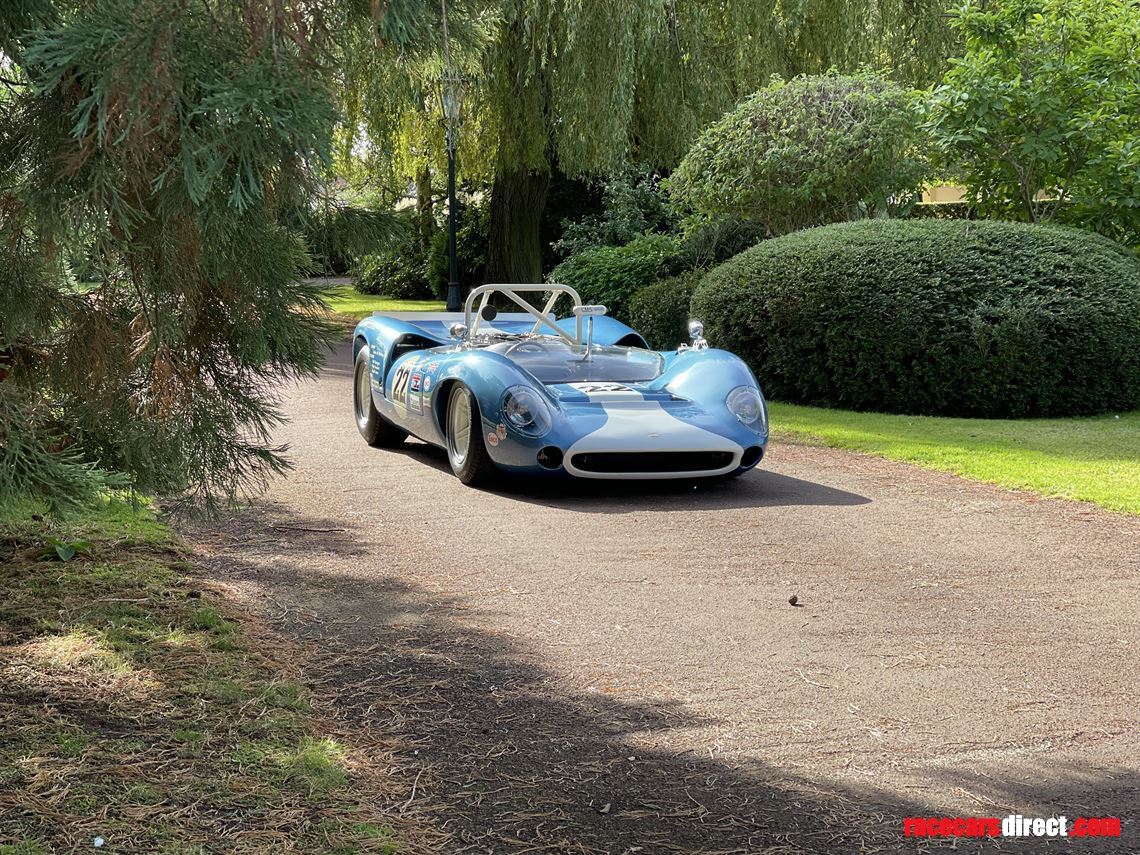 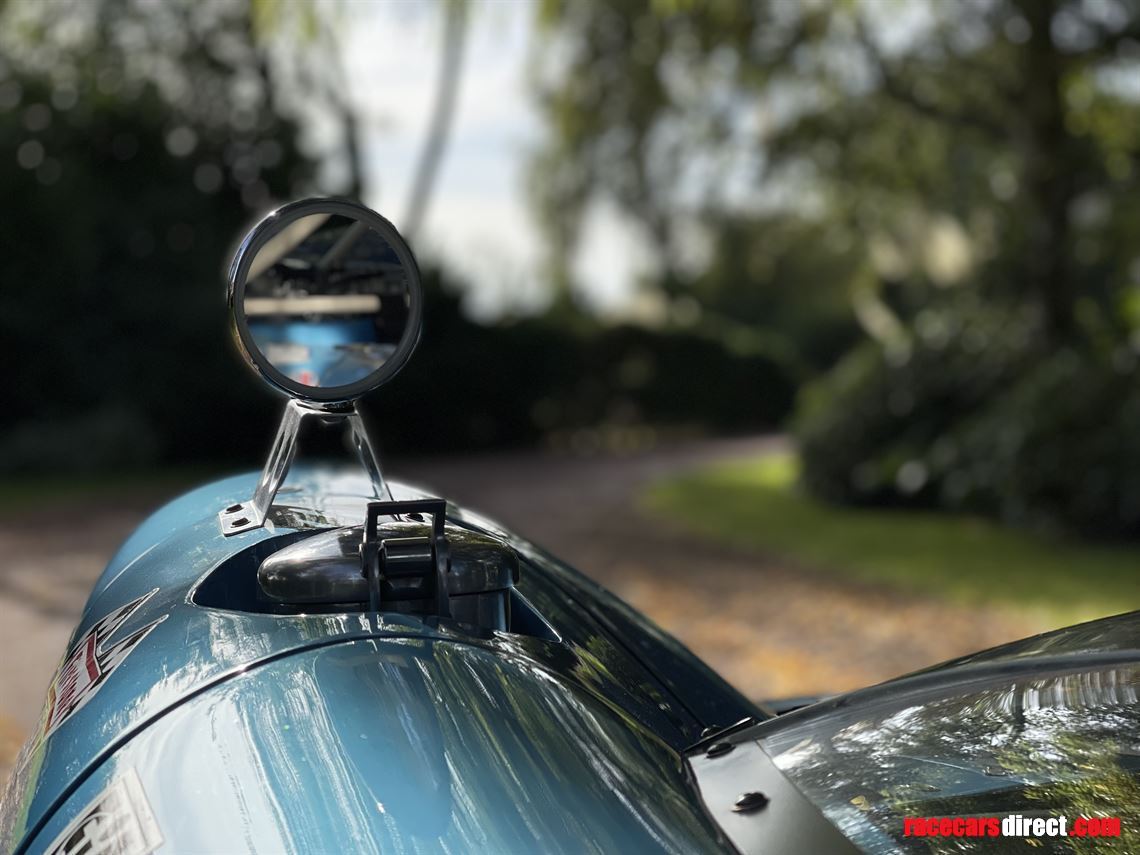 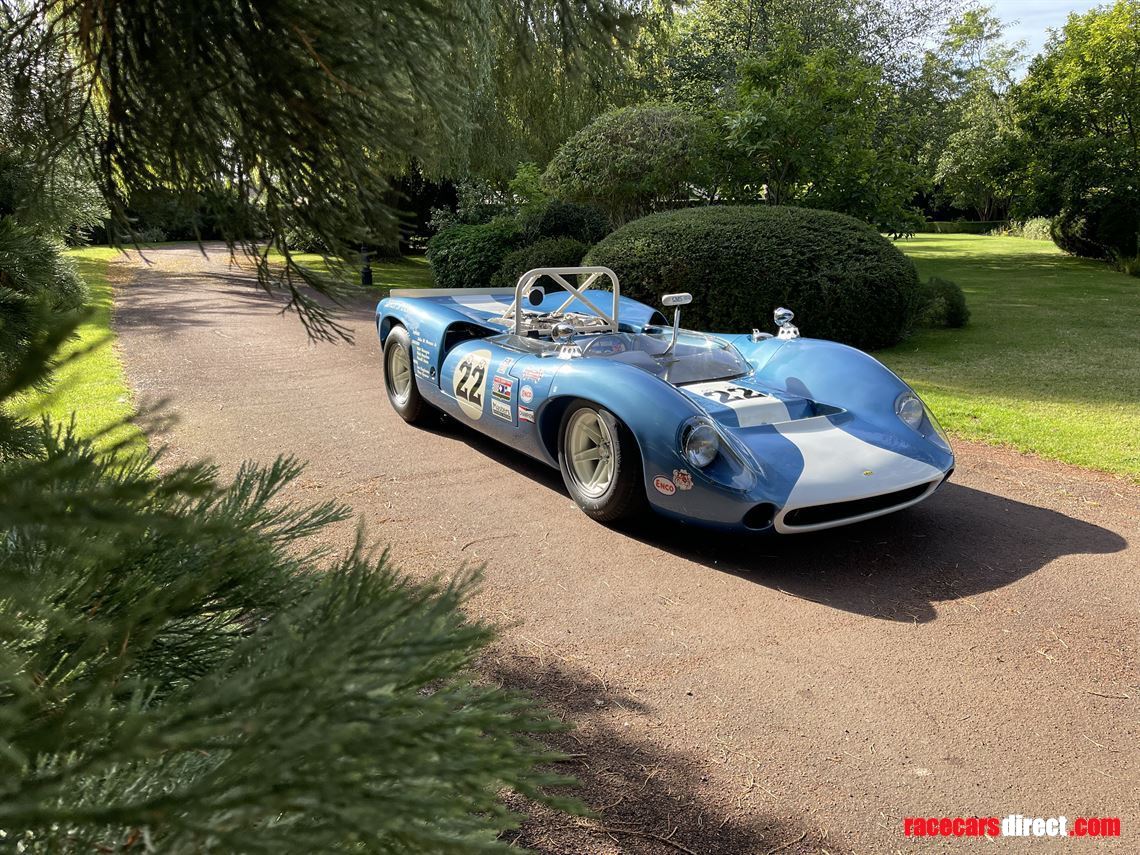 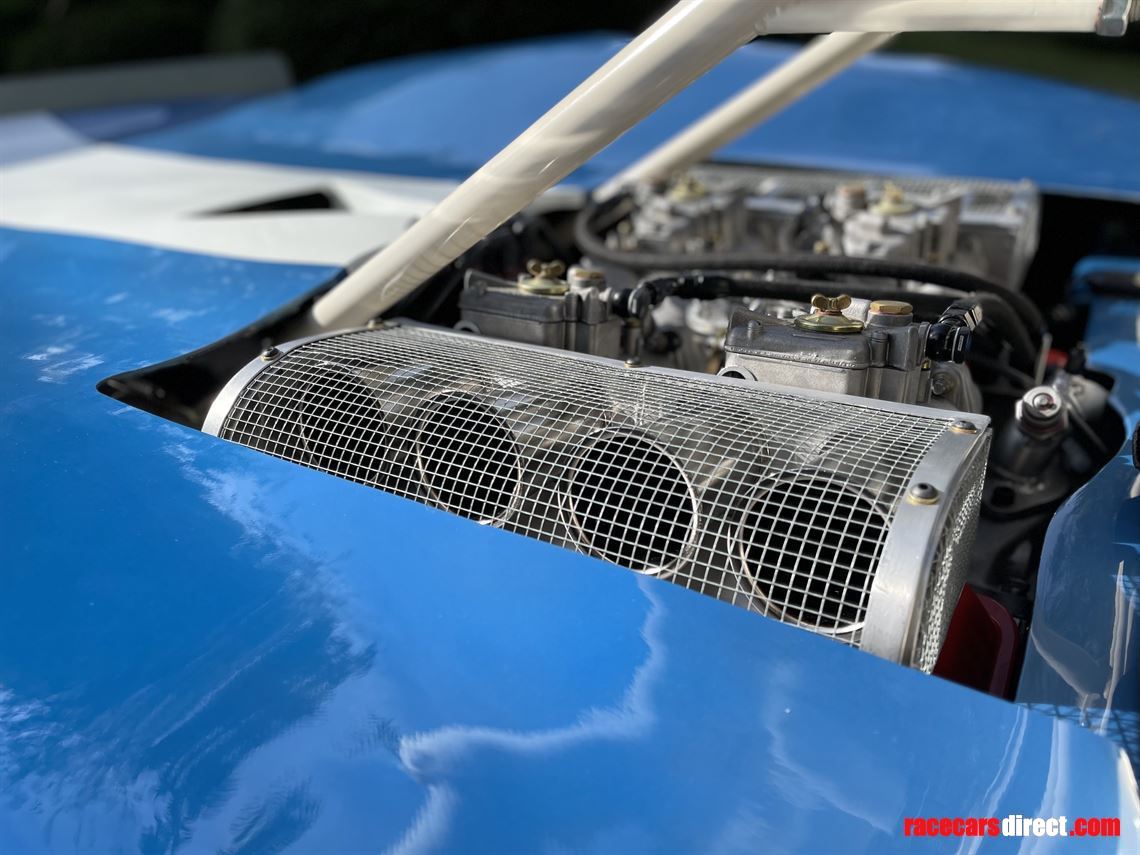 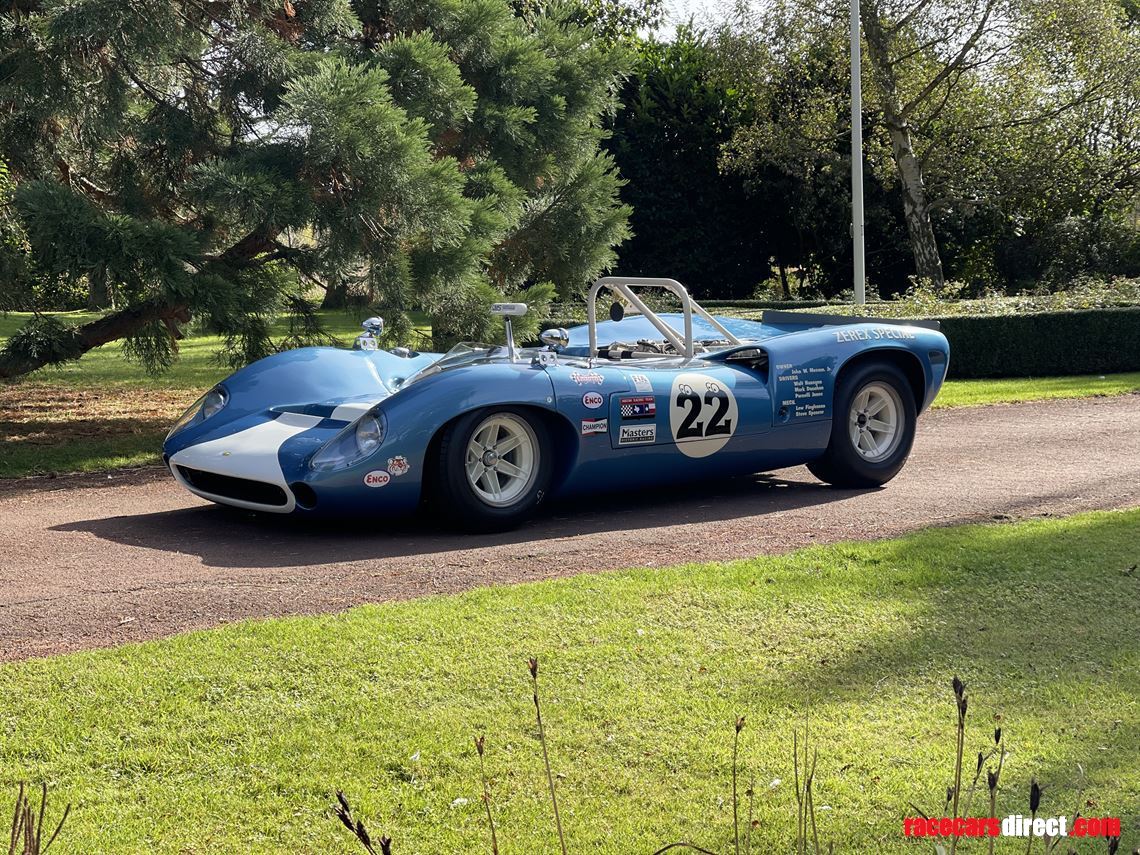 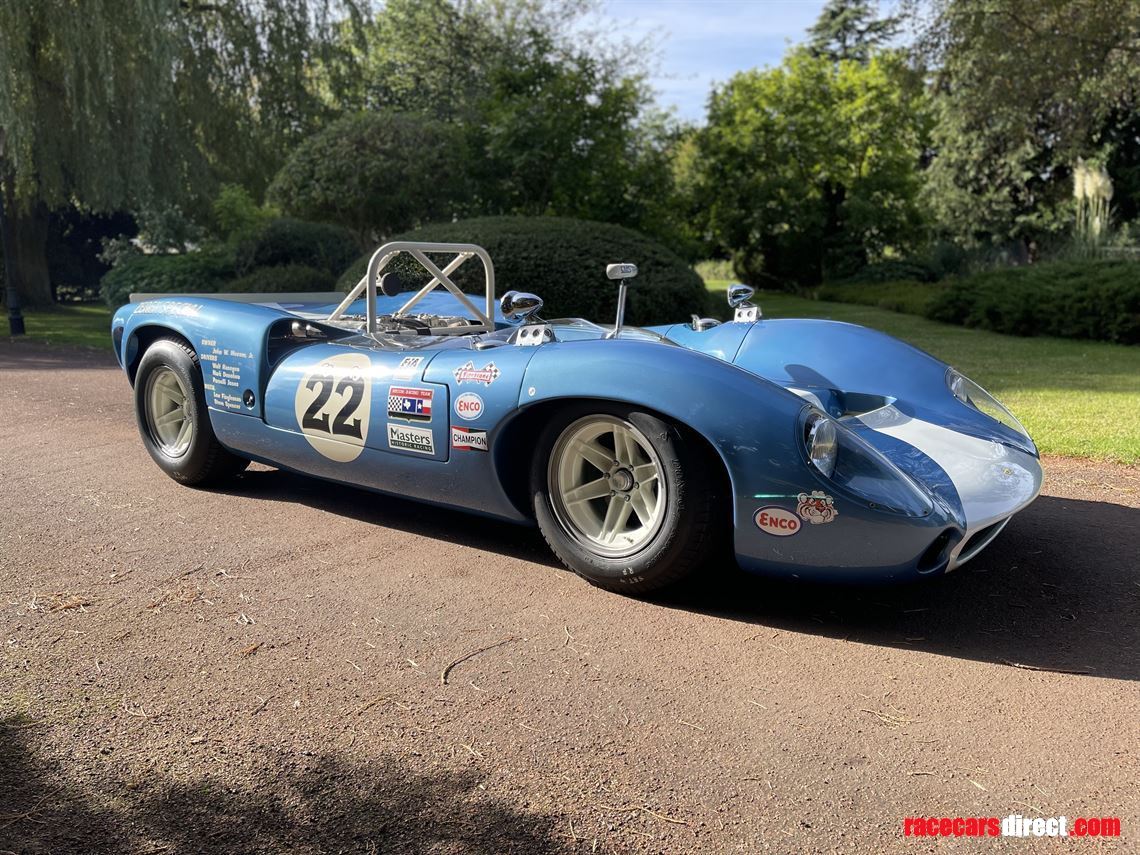 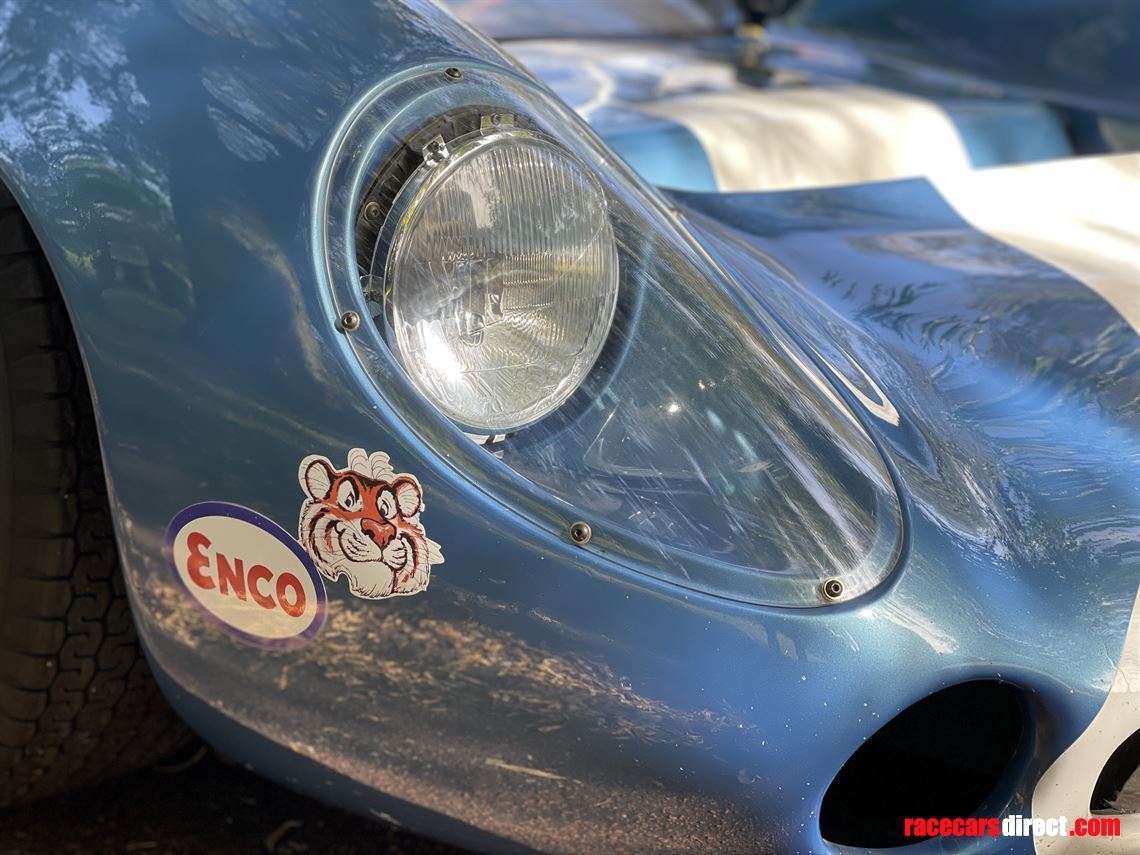 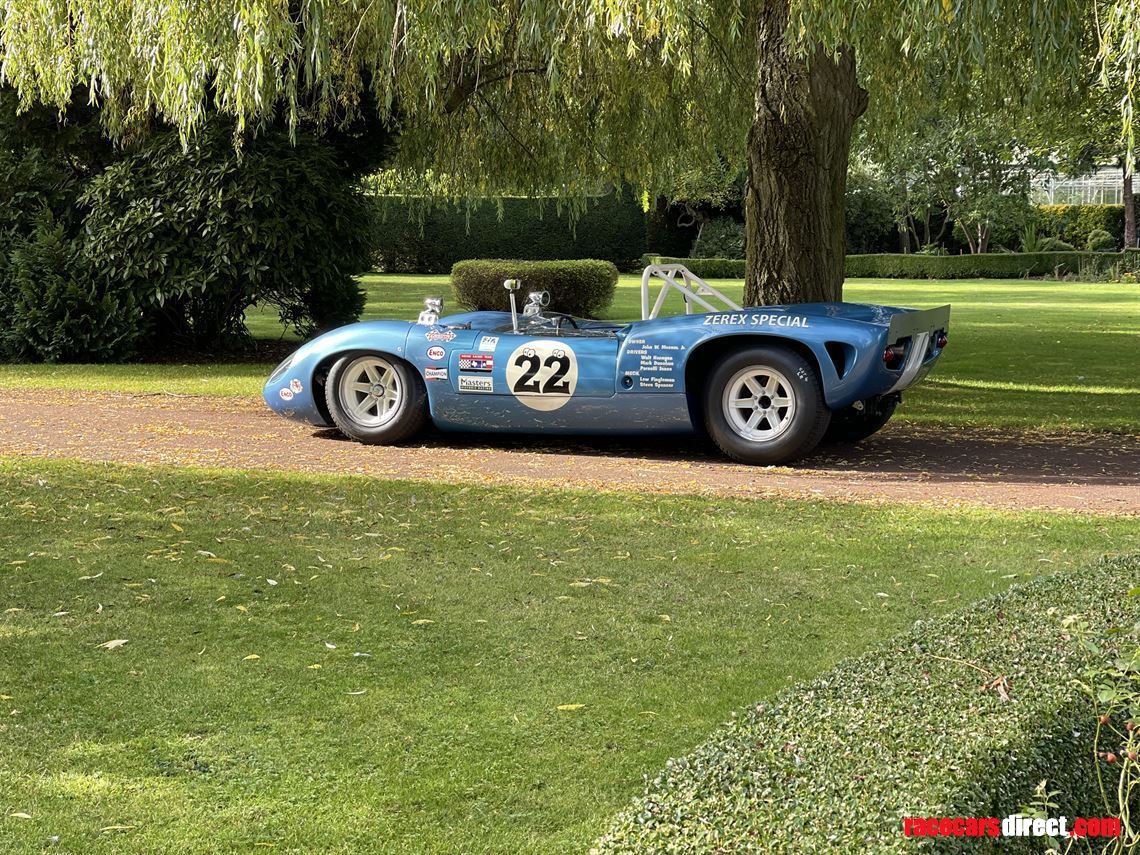 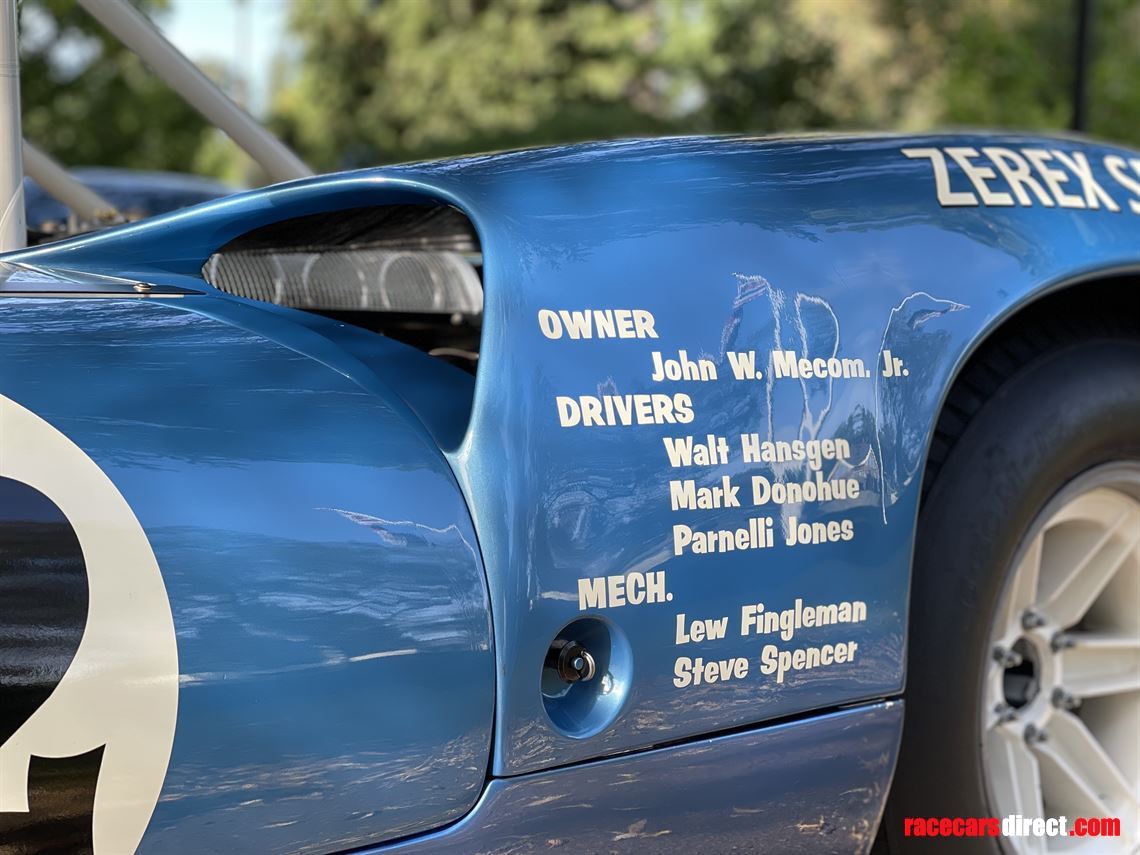 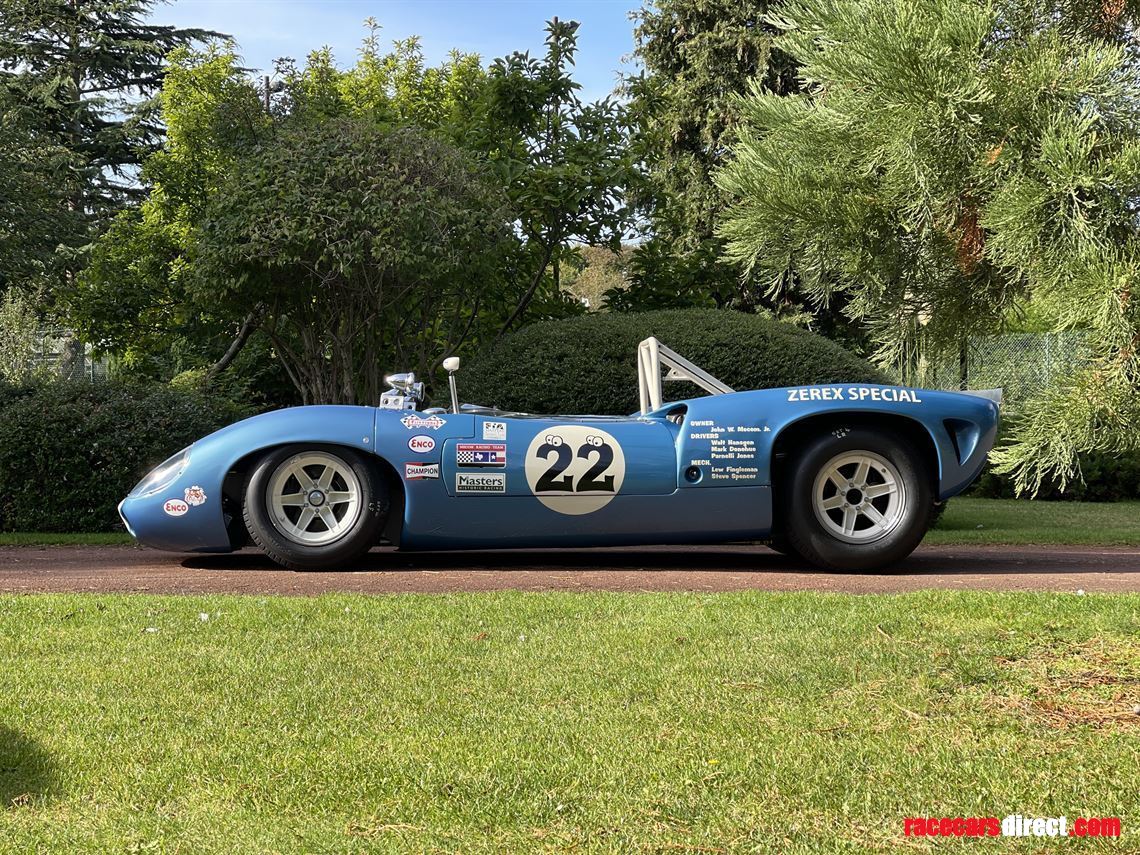 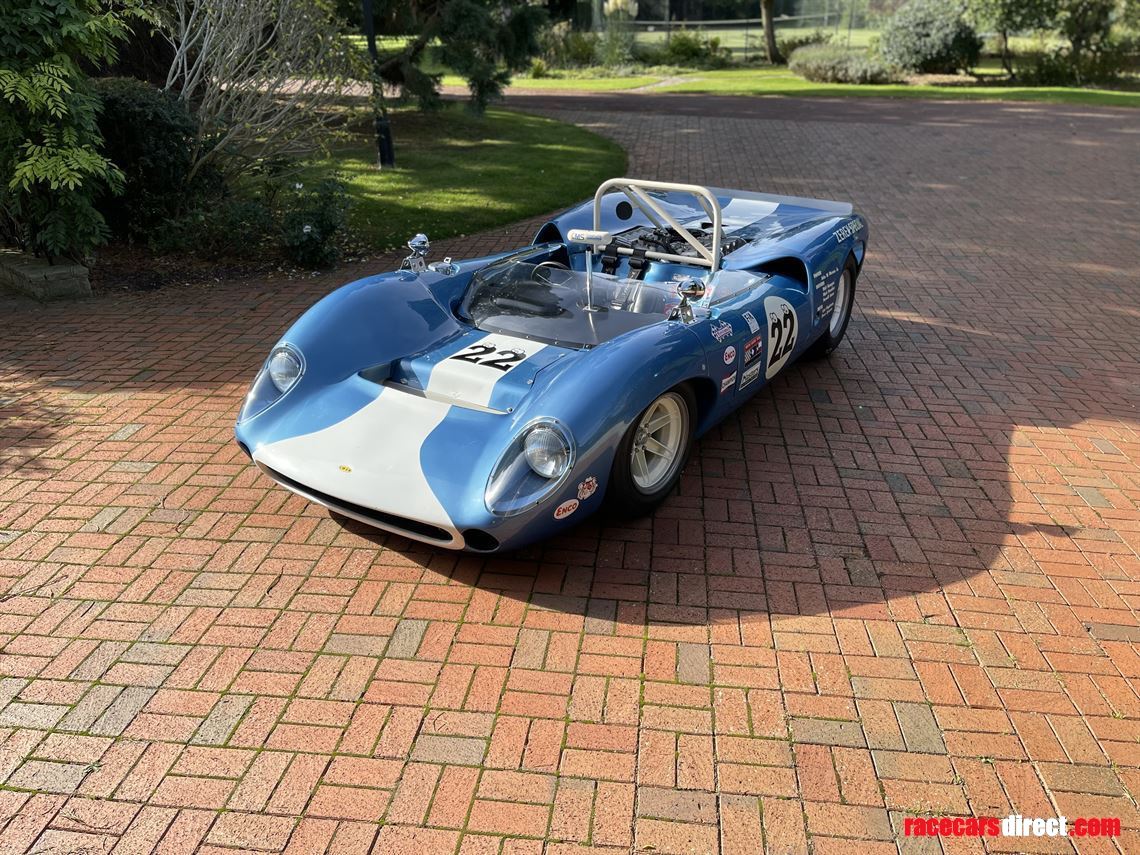 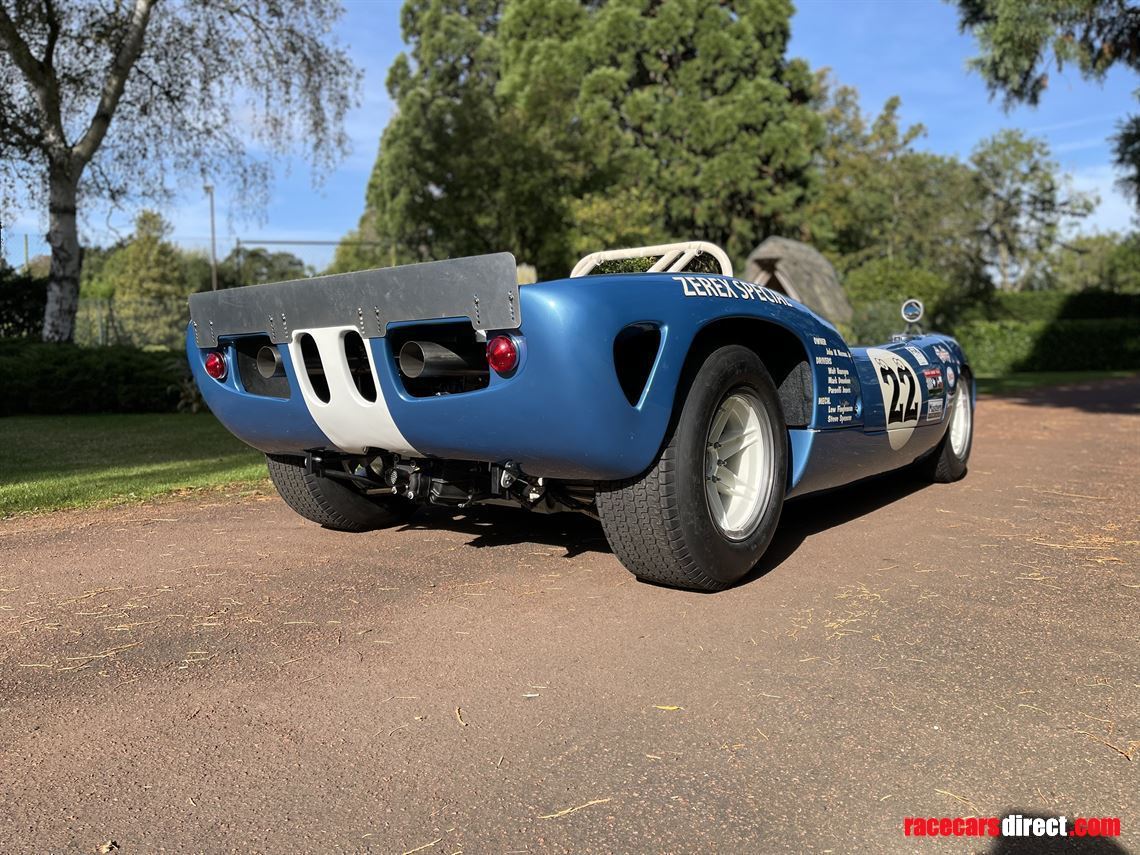 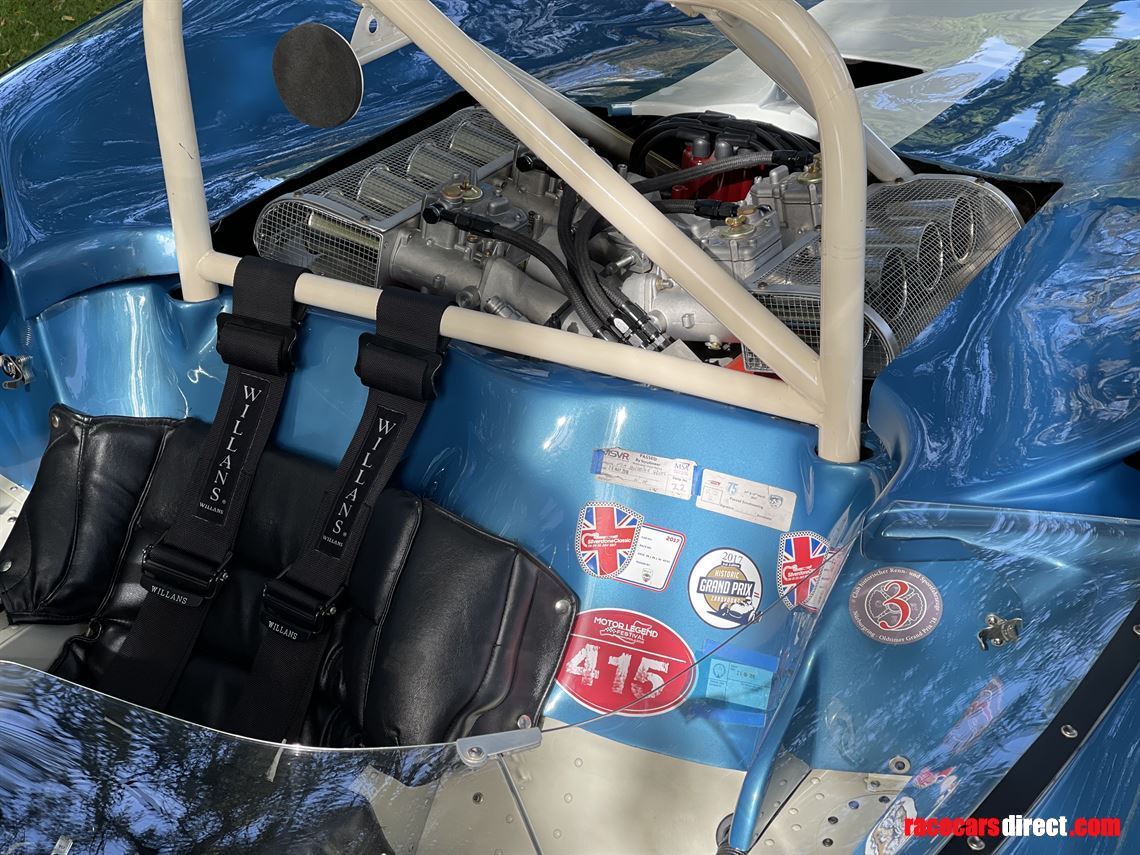 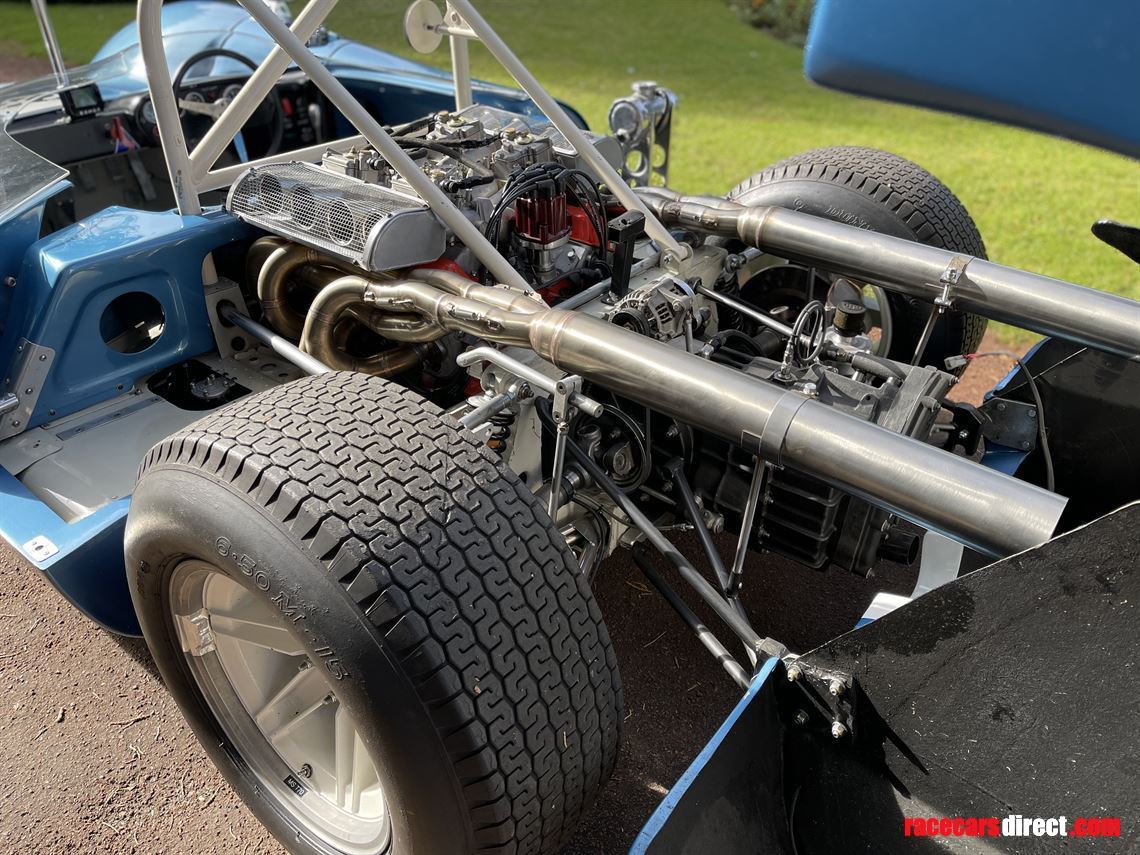 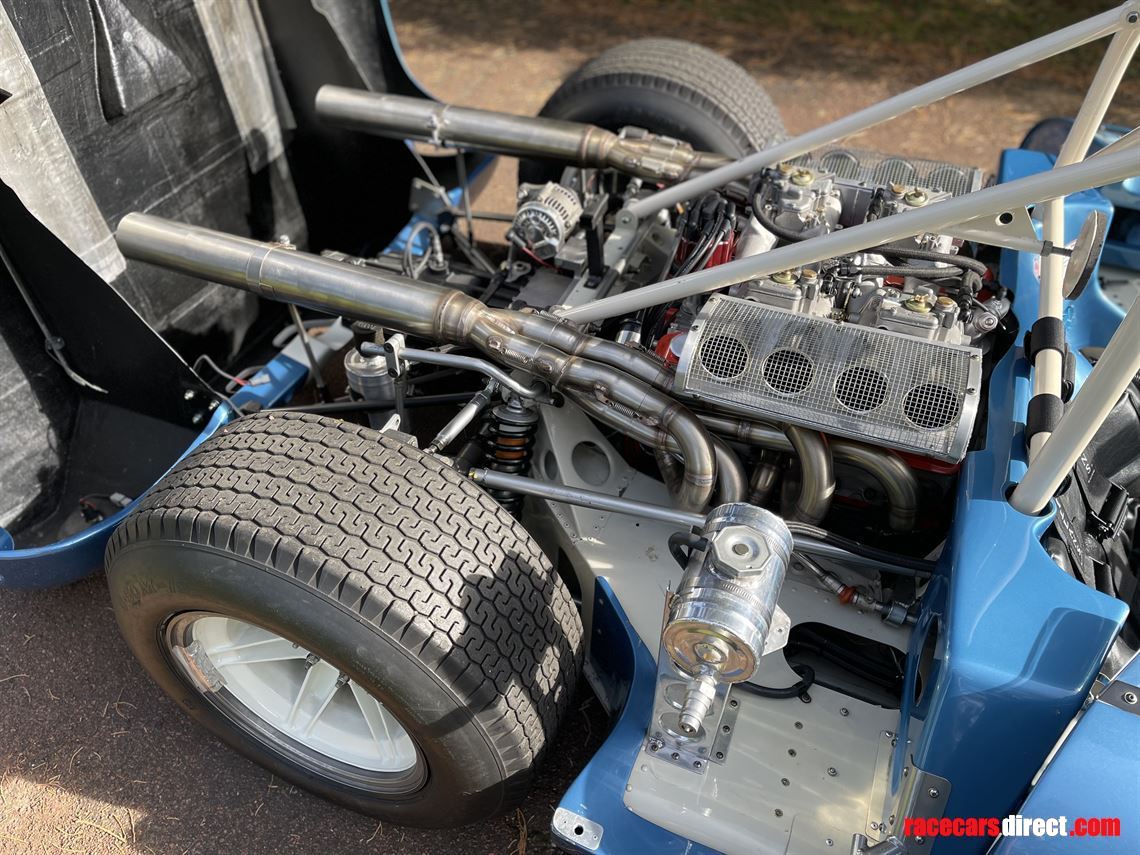 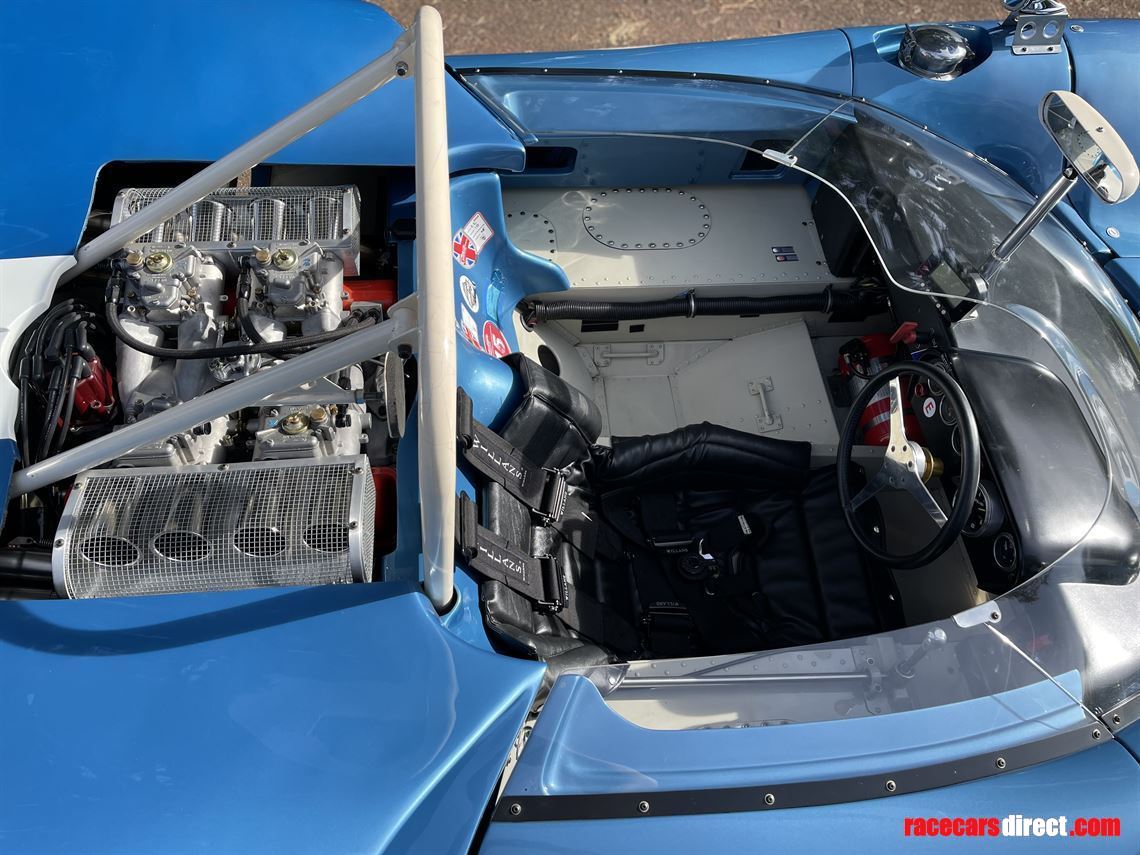 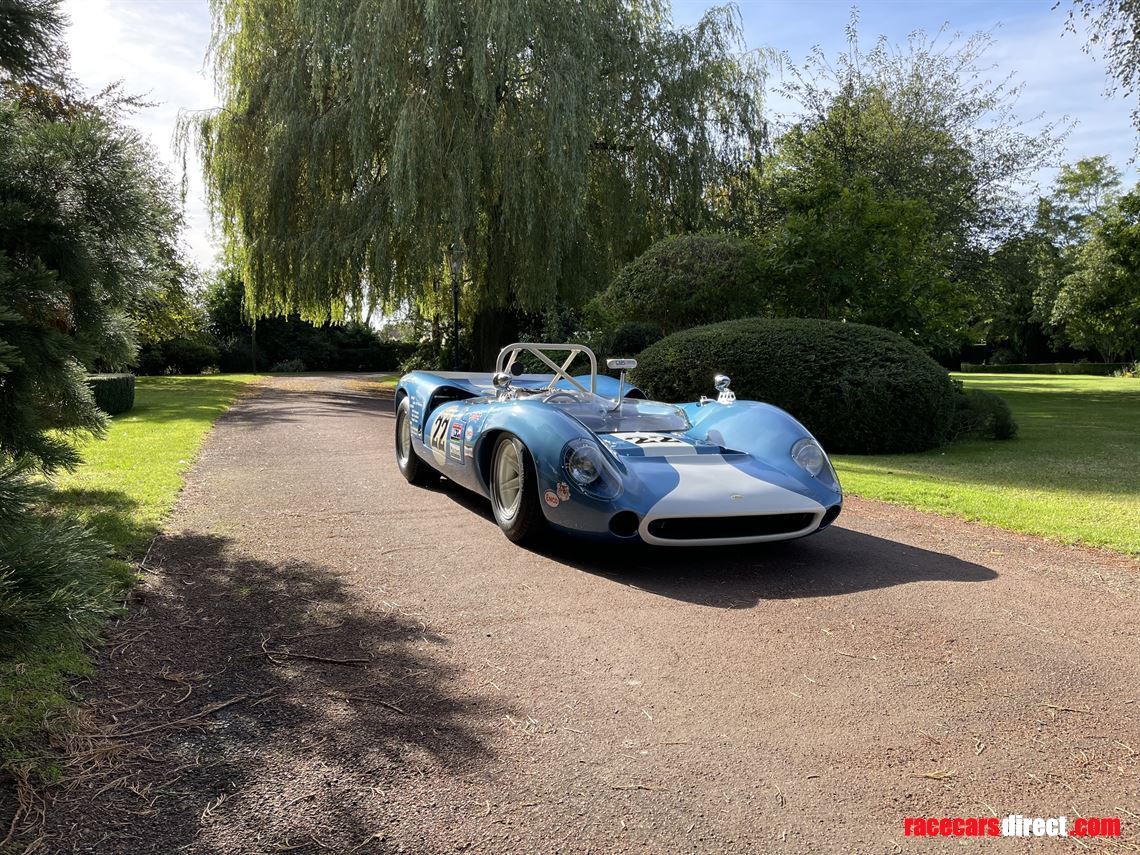 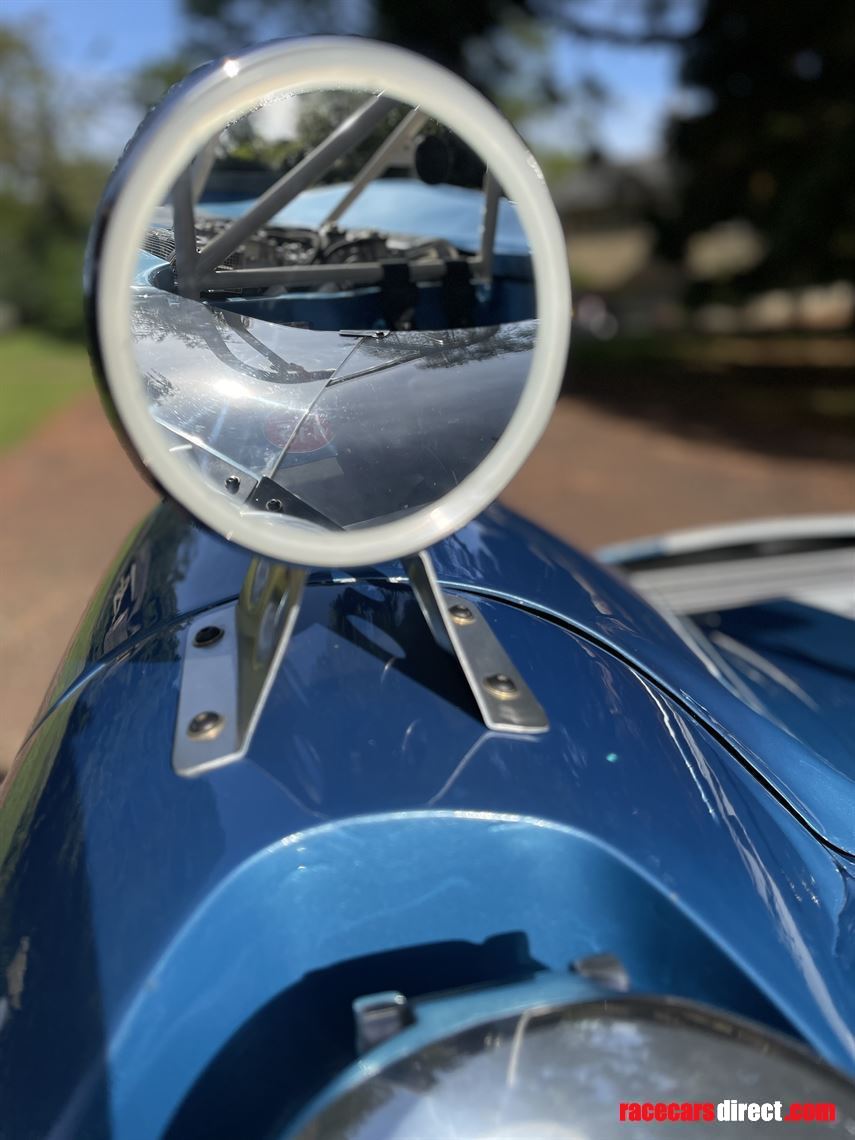 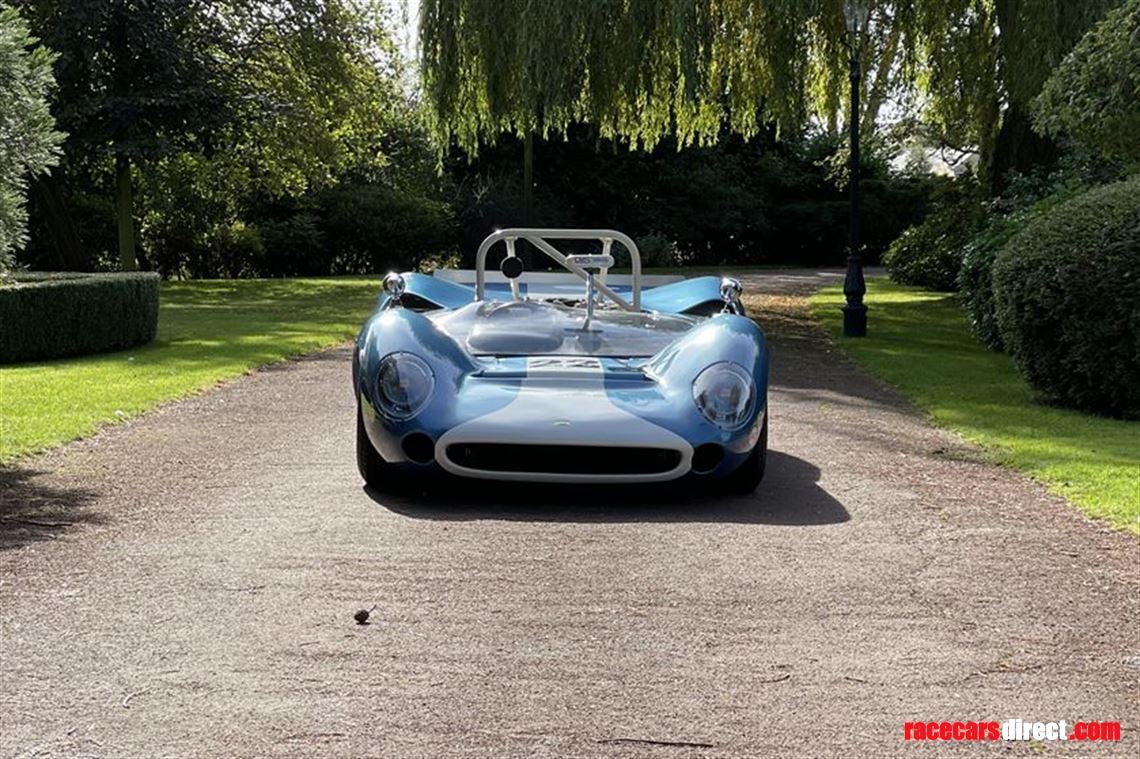 The Lola T70 MK1 SL70/12 has been prepared and run at Complete Motorsport Solutions for the past six years. The car is completely ready to race with everything in date and prepared to current FIA specification with side draught intakes.

Since the SL70/12 has been at Complete Motorsport Solutions the car has been prepared with a no expense spared attitude with everything that has been needed being updated or refreshed to the highest possible specification.

The engine has been freshly built meticulously by Huub Ritsen at HRS engine developments in the Netherlands, and is built to the new FIA specification and developed to produce over 560hp. The gearbox has been built by Racing Transmissions Swindon with all new internals and still has over 60% mileage left, before needing a rebuild. Fuel cells, belts and fire extinguisher are all in date. HTP papers have been updated for the FIA rule change and are in date until 2028. The Lola T70 SL70/12 is completely ready to race, at events such as: Goodwood Revival, Masters Sportscars, HSCC and Peter Auto.

The SL70/12 was delivered new to John Mecom Racing as a spare chassis at the beginning of June 1965, more or less on the same day that Walt Hansen wrote-off Mecom Racing's original T70, SL70/3, during practice for the Players 200 at Mosport Park.

Mecom built up the newly delivered spare chassis using the engine, gearbox and running gear from SL70/3, the build being completed in a little over three weeks since the Mosport crash. The newly built SL70/12 made its debut at the Galveston Regional SCCA race in July 1965, in the hands of the now fully recovered Walt Hansgen.

At the Road America 500 in September 1965, Mark Donohue, who had made his professional racing debut in the Mecom Ferrari 250LM earlier in the year at Sebring, was invited back to partner Hansen. They qualified the car in pole position, but during the race they retired with mechanical problems, after eighty three laps. In the five week break prior to the traditional run up to the end of the year US Professional Fall Series, also referred to as the "Autoweek Championship", SL70/12 was stripped down and fully rebuilt, with all components beefed up to Mk. II specification, for multiple Indy 500 winner and all time American racing hero, Parnelli Jones.

In the three big money events at Laguna Seca, Riverside and Las Vegas, Jones qualified and ran well at the front end of the field in each race, however, poor reliability saw him fail to finish any of the races. At Laguna Seca, the clutch failed and at Riverside, it was the gearbox's turn to fail, whilst at Las vegas  Nevada, the engine overheated.

SL70/12 was scheduled to take part in one more event in 1965, Bahamas Speed Week, Nassau, with up and coming Scottish driver Jackie Stewart. Mecom scratched the entry after Walt Hansen wrote-off the sister chassis, SL70/13 at the Las Vegas event.

SL70/12 underwent a further rebuild and was prepared for sale the following year when it was bought by Leroy Melcher, Jr. of Houston, a close friend of John Mecom. Leroy raced the car solely in the south east divisions of the SCCA winning his class championship in 1966. In October, he offered the car for sale. It was bought by the Dodge dealership located on Highway 59, Houston, and next turned up the following year with Henry Hoyos of Venezuela. He raced the car in South American events for the next year or so then sold it to Tony Bancroft. He rarely used the car and kept it in dry storage until 1975, when he sold the car to A.E. Russell, who also did little with it.

In 1979 it was bought and placed in storage by T70 restorer Mac McClendon, who sold the car through John Starkey to Marc Devis in 2007. In 2010, SL70/12, which has never been crashed or damaged, was restored in the original Mecom livery as raced by Walt Hansgen and Mark Donohue at Road America in 1965. In 2015 the car was brought by its current owner who has raced it very competitively in Europe since.