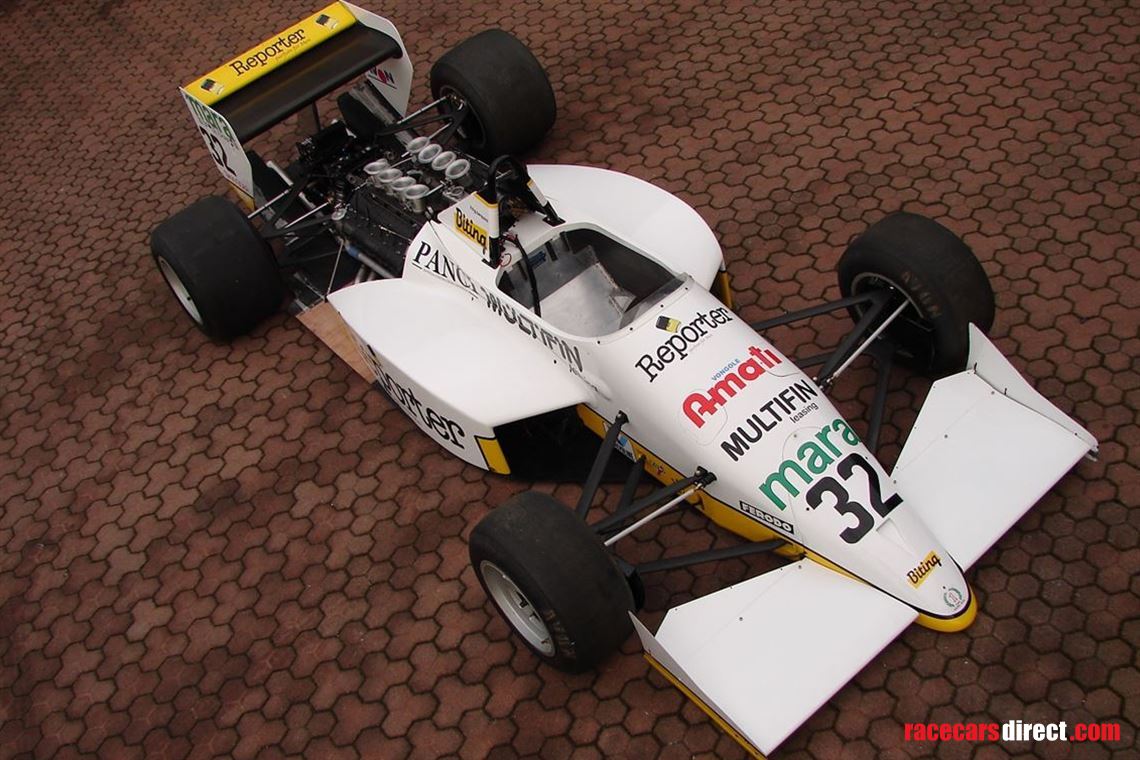 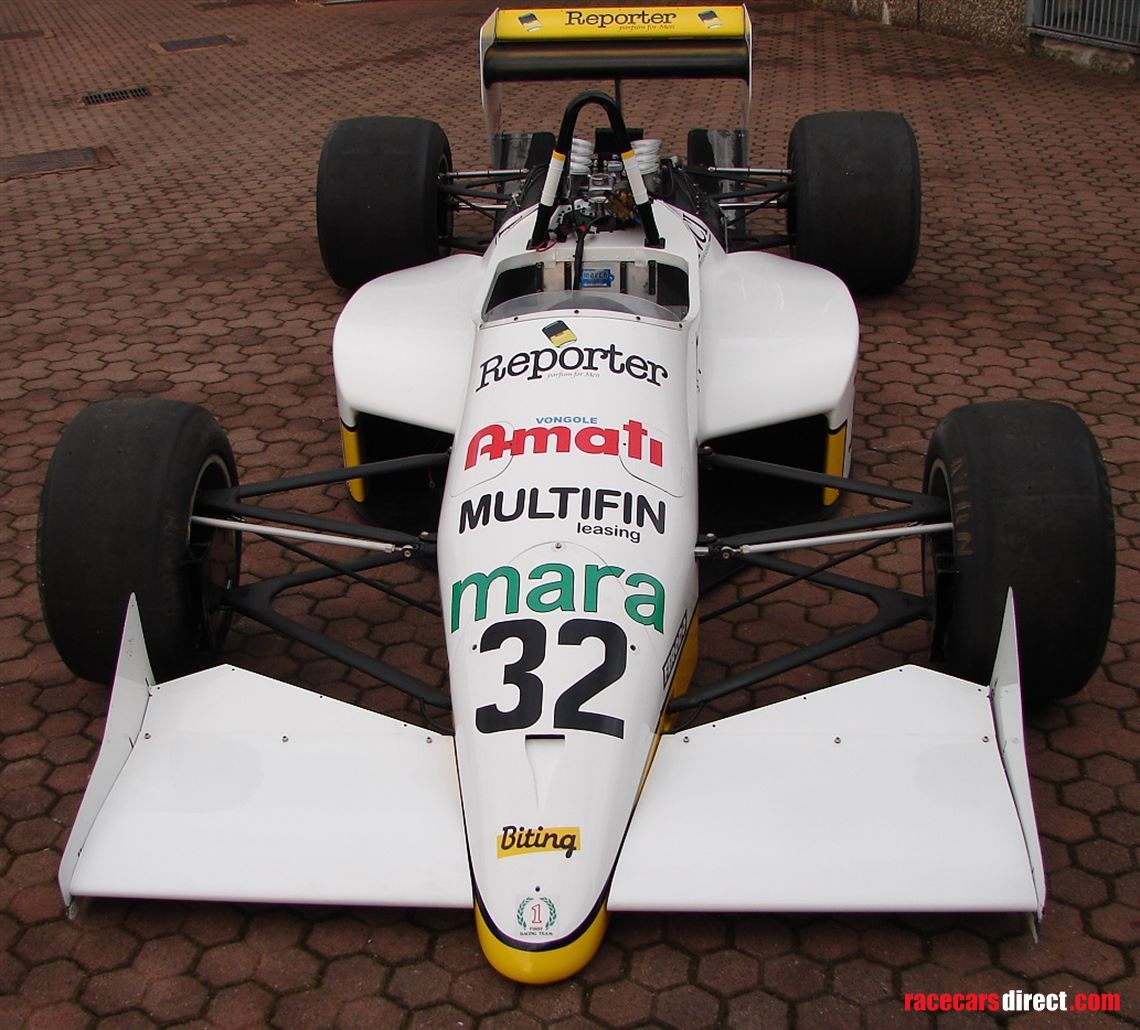 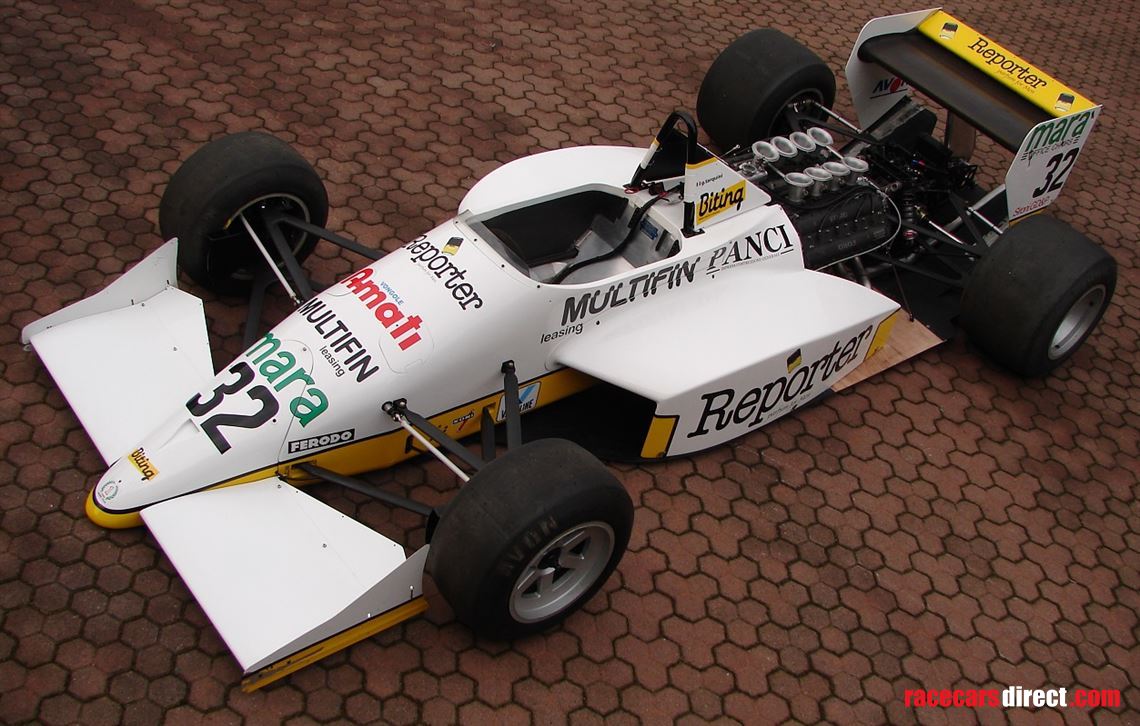 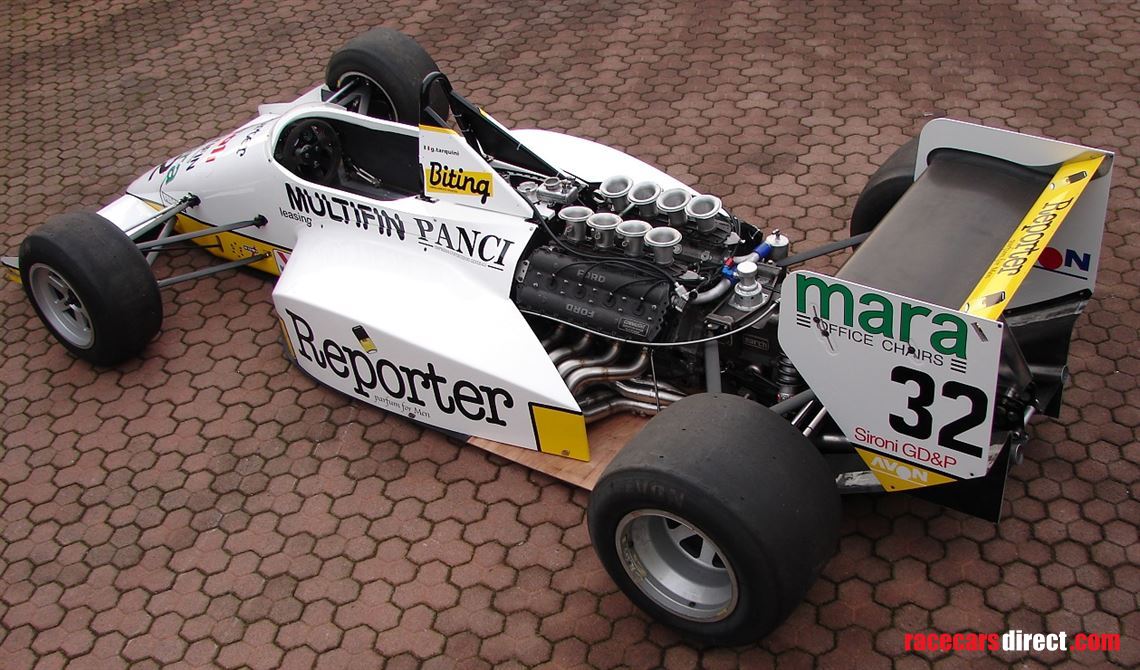 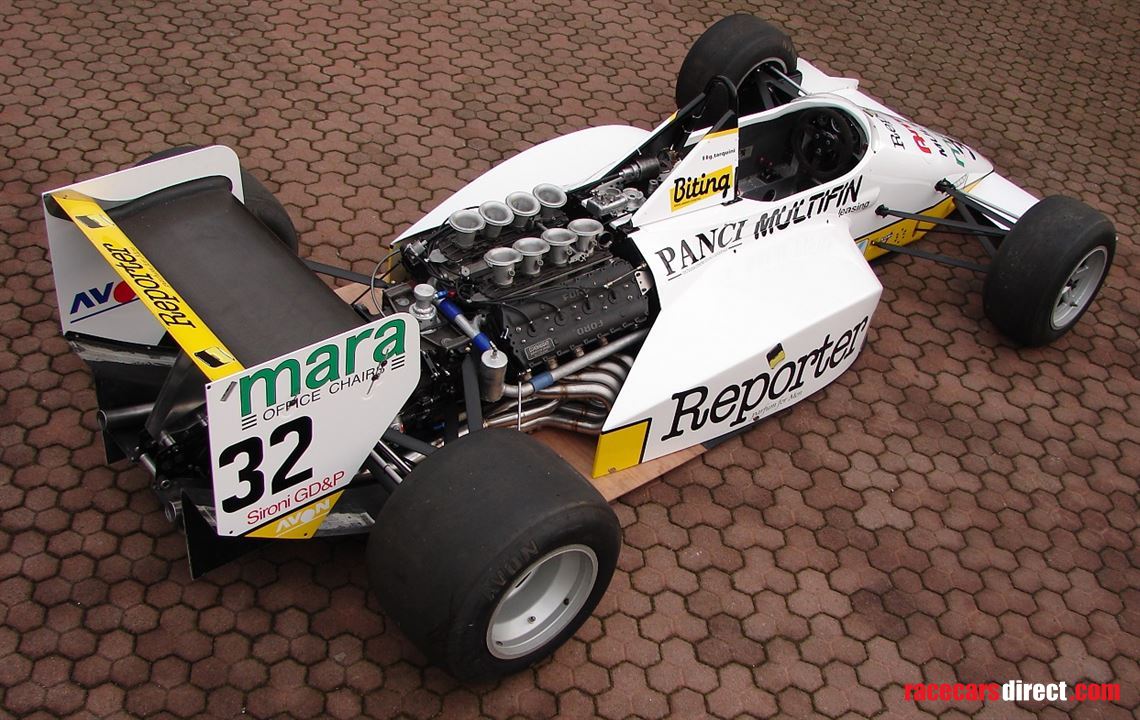 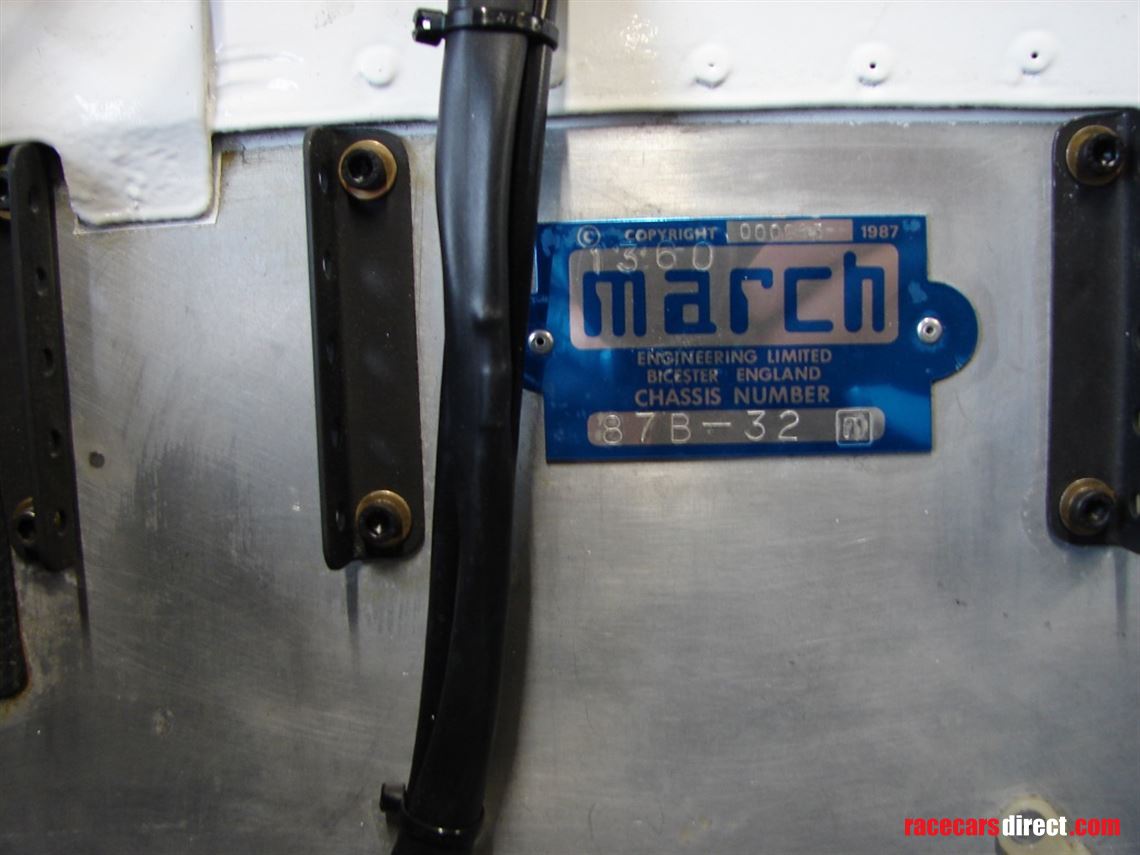 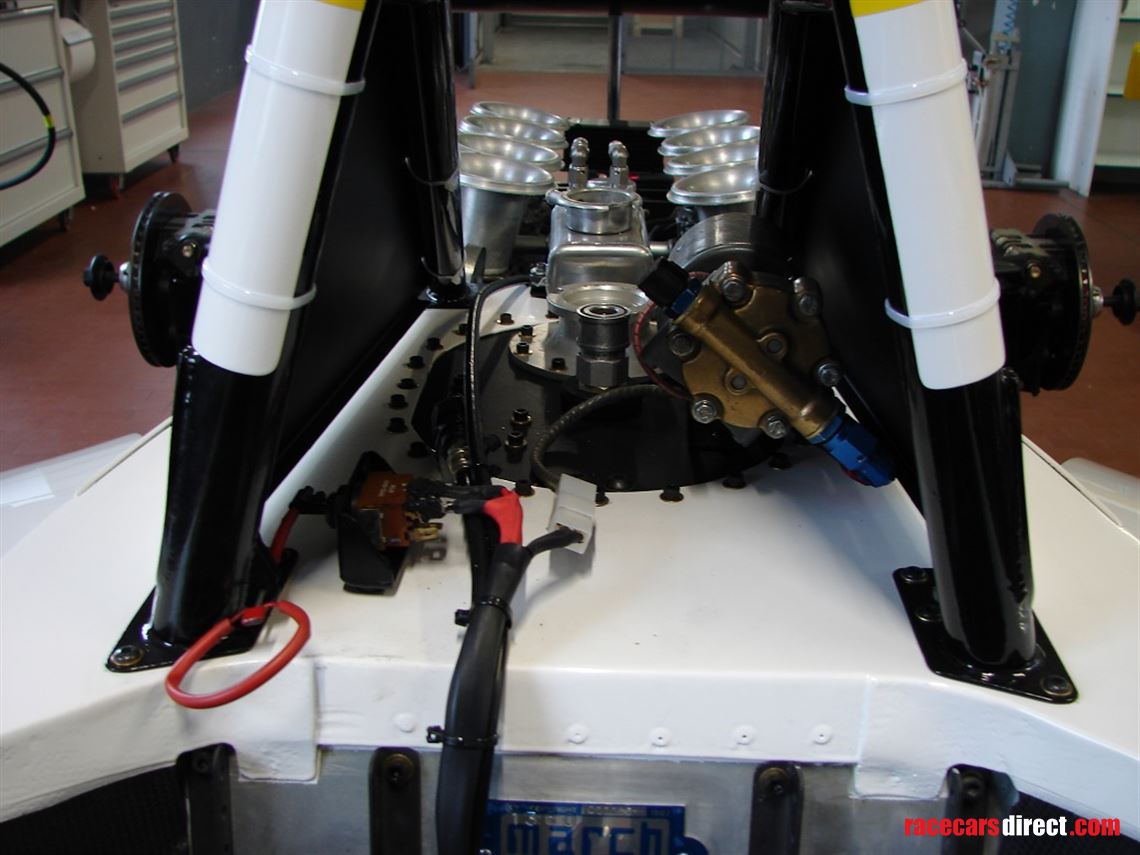 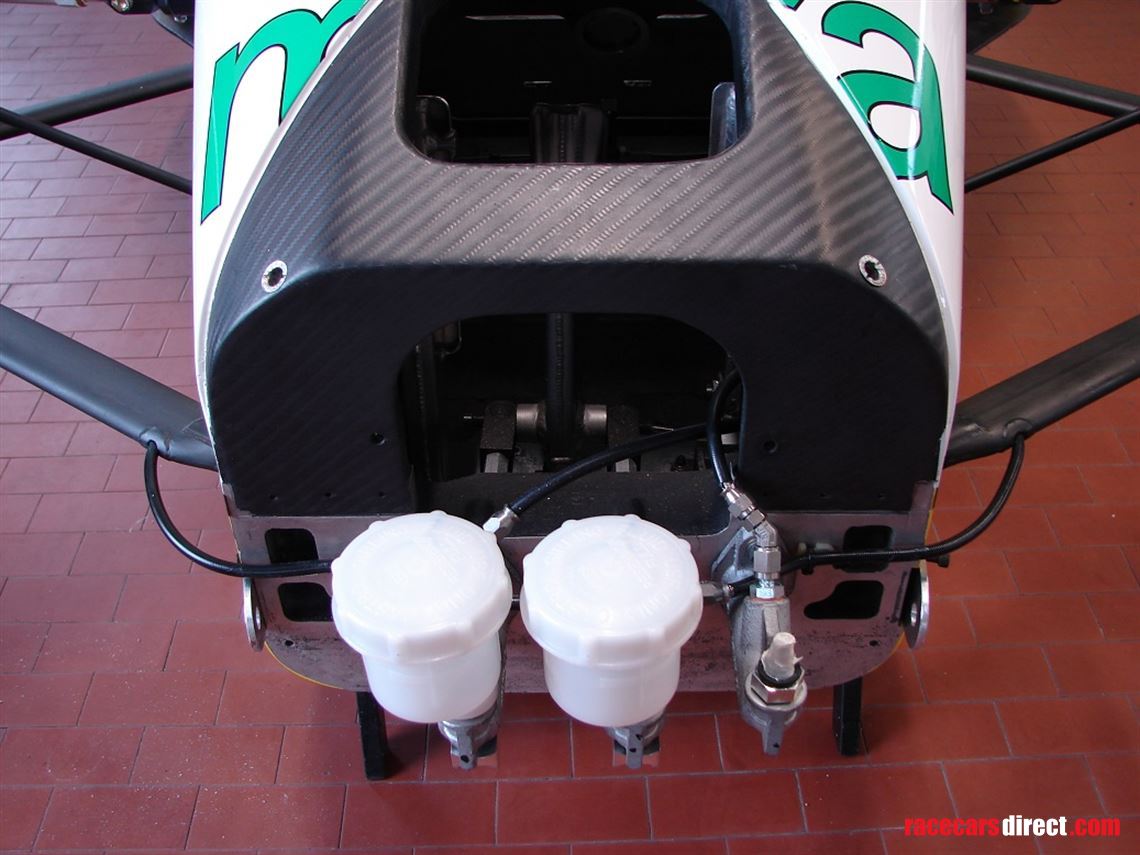 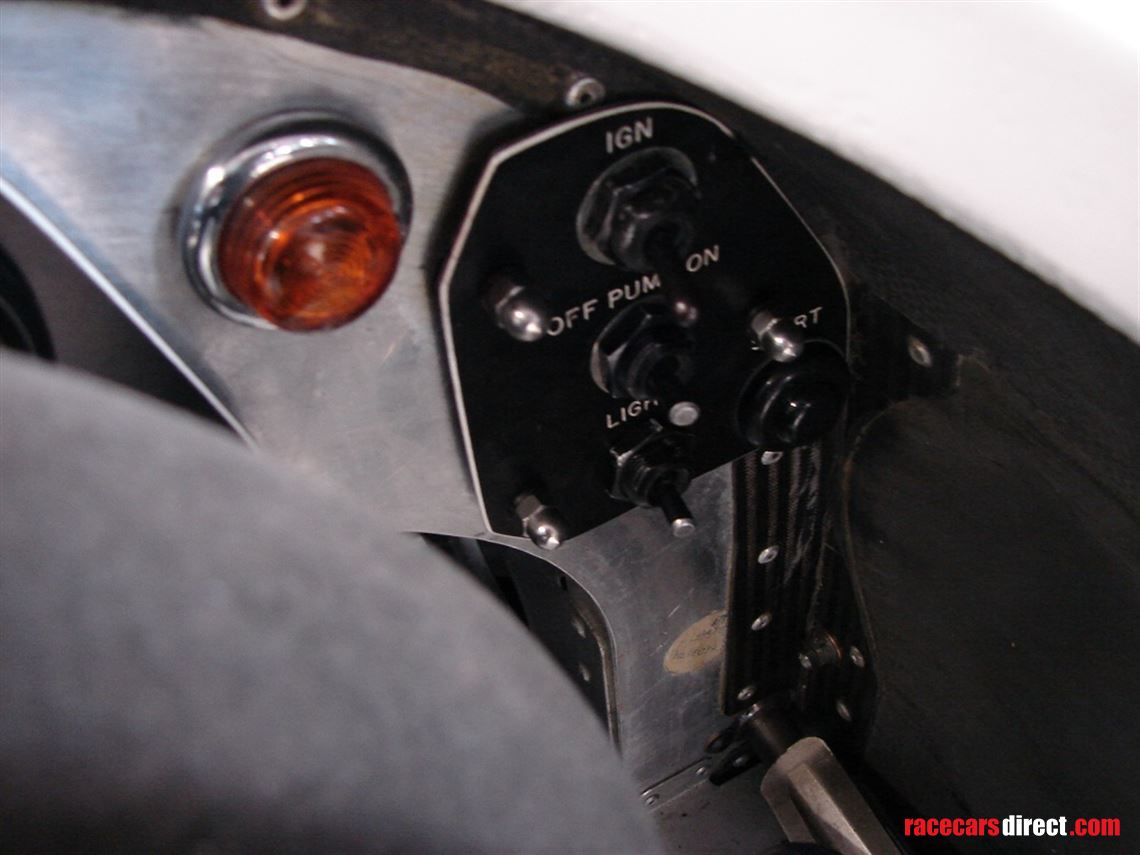 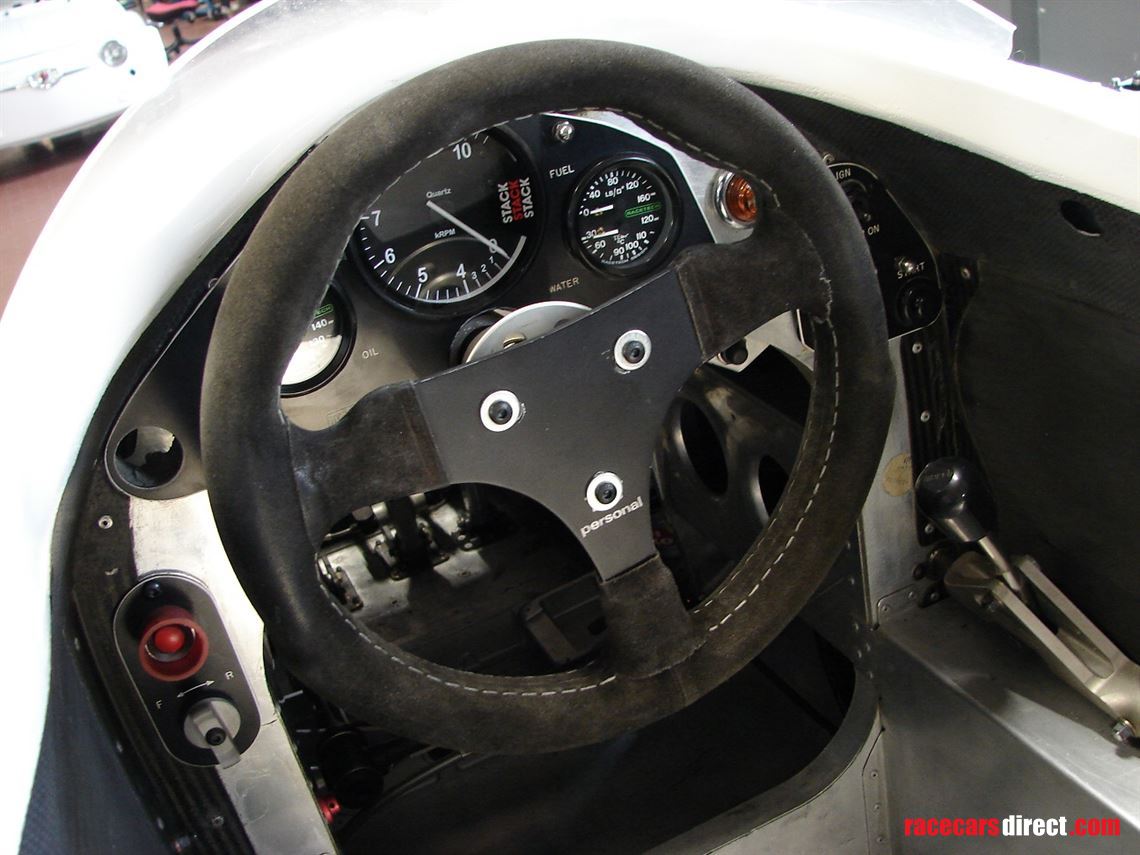 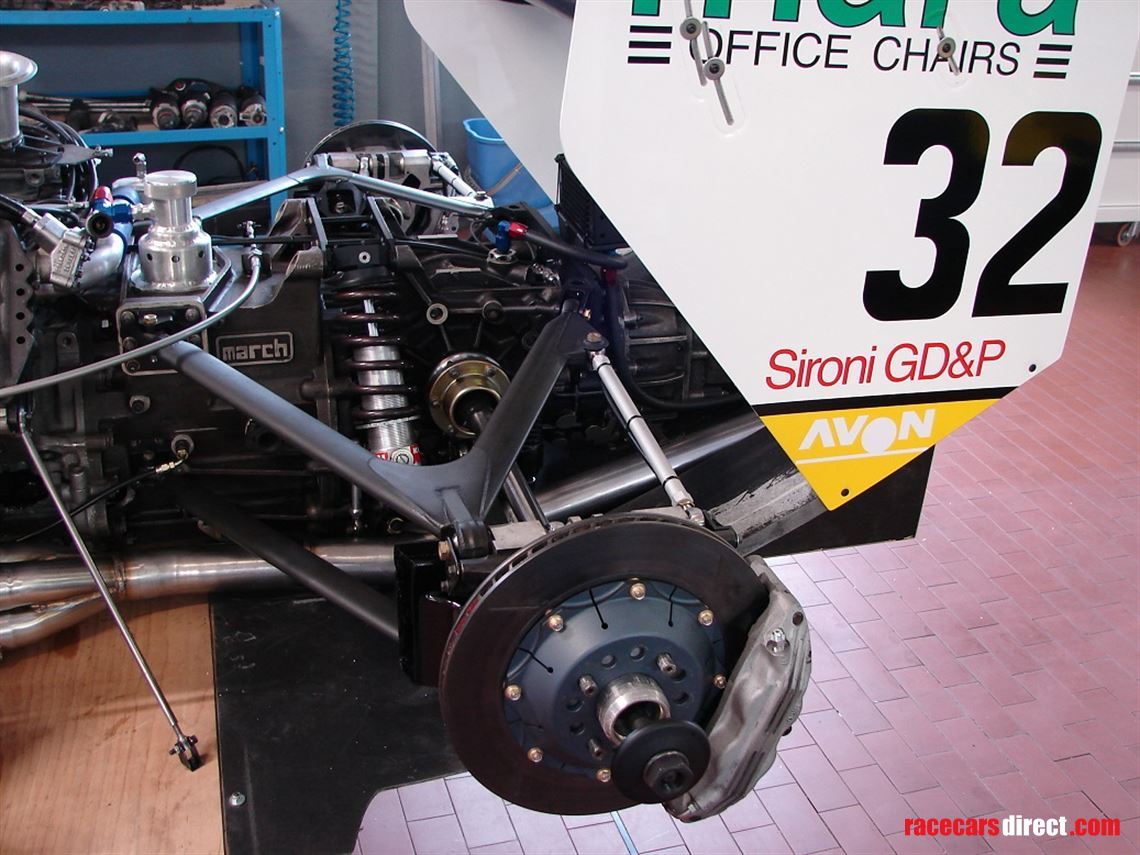 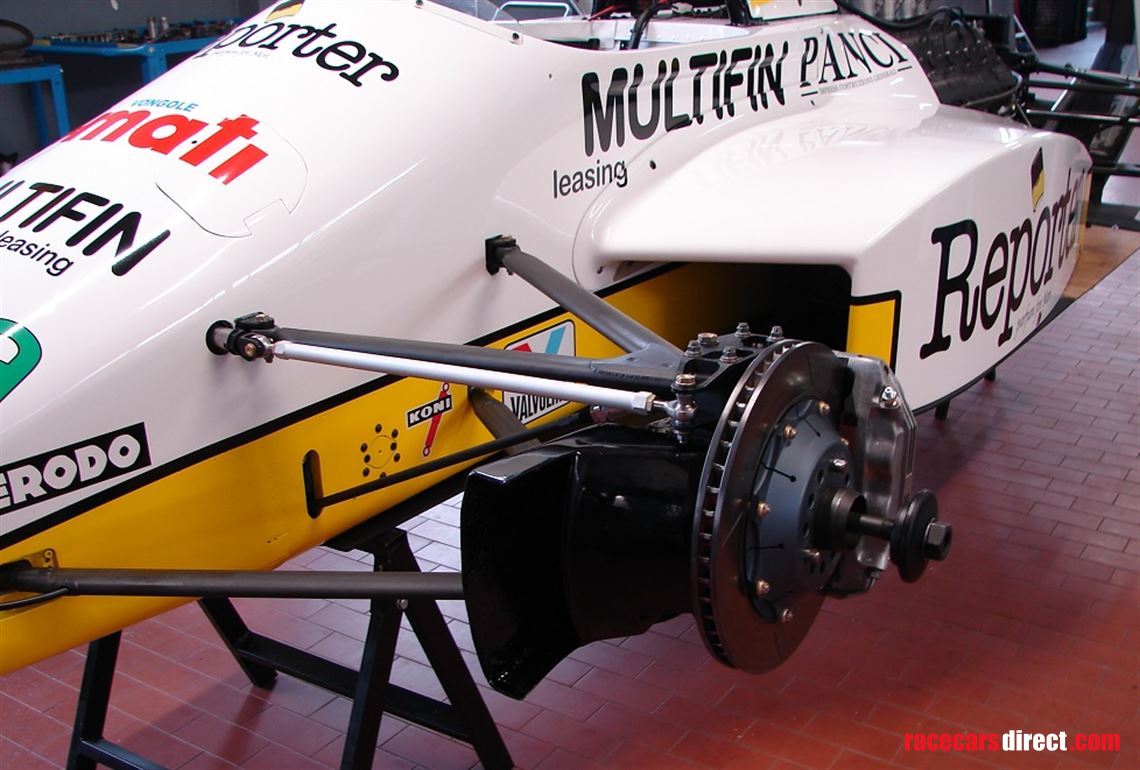 We are pleased to offer this superb, completely rebuild March 87B F3000.

This chassis is the 032, the very chassis with which Gabriele Tarquini has competed with First Racing Team in the 1987 F3000 Championship.

With this car Gabriele has ended up his season in 8th place, scorin two podium finishes, with a 3rd place in Enna-pergusa and a 2nd place in Imola.

At the end of 1987 this car, complete with his DFV engine still on, has been parked in the First Racing teamworkshop in Agrate Brianza, where it remain until when, at the beginning of 1989, was sold, without the engine, to an italian collector that was intending to fit an Alfa Romeo V6 engine and use it for his personal pleasure. The project was soon abandoned, and the car was lying in a garage near Monza since when, in last september, a group of former First Racing employees that has followed the car destiny through the years, have decided to buy it back; so they  (the very same crew of that season) have recovered the car and they have bring it back to its original life.

The car has been completely rebuilded, liveried with the very same logos of the championship events, repainted with its original colors and prepared at very high standra in every detail, regardless to the costs, as if it have to compete in a F3000 race of the period.

The car come ready to run, with or without a mechanical short-stroke DFV, limited at 9000 RPM as per original rules.

Two extra set of tecnomagnesio wheels come with the car.

Car is visible on appointment in our workshop, very close to all the main Milano's airports

We are delighted to offer this very rare and absolutely stunning 1994 Minardi M194 Formula One car.