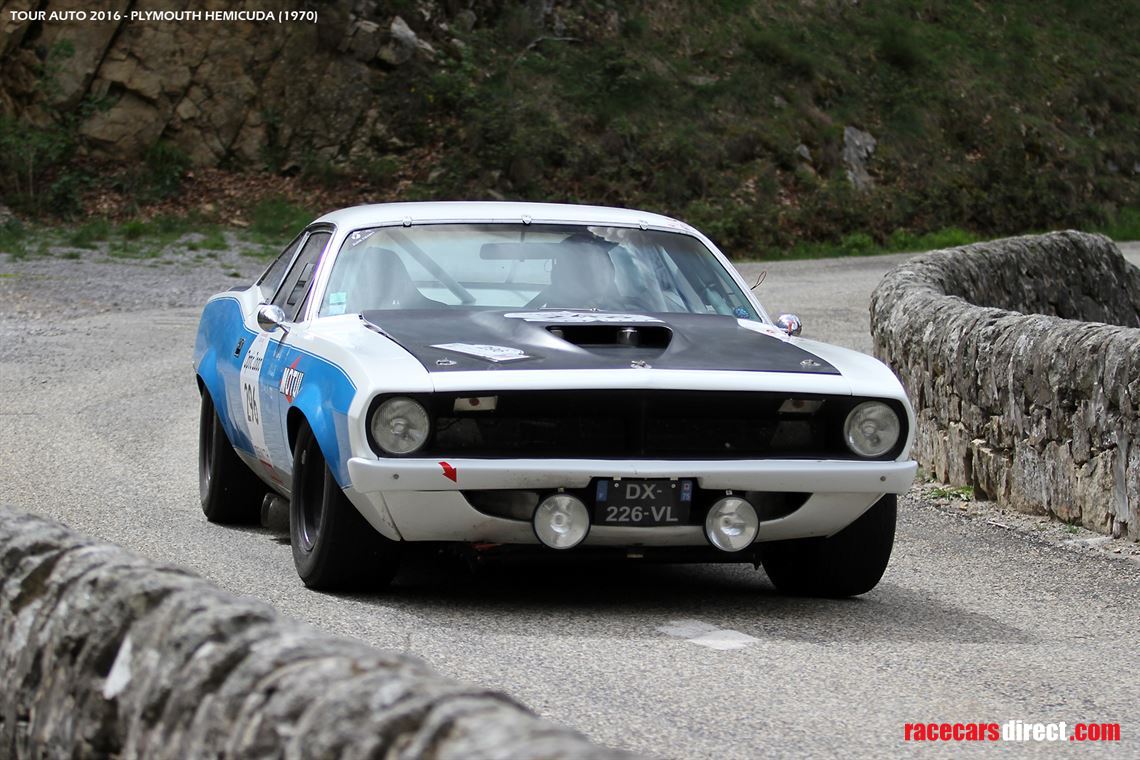 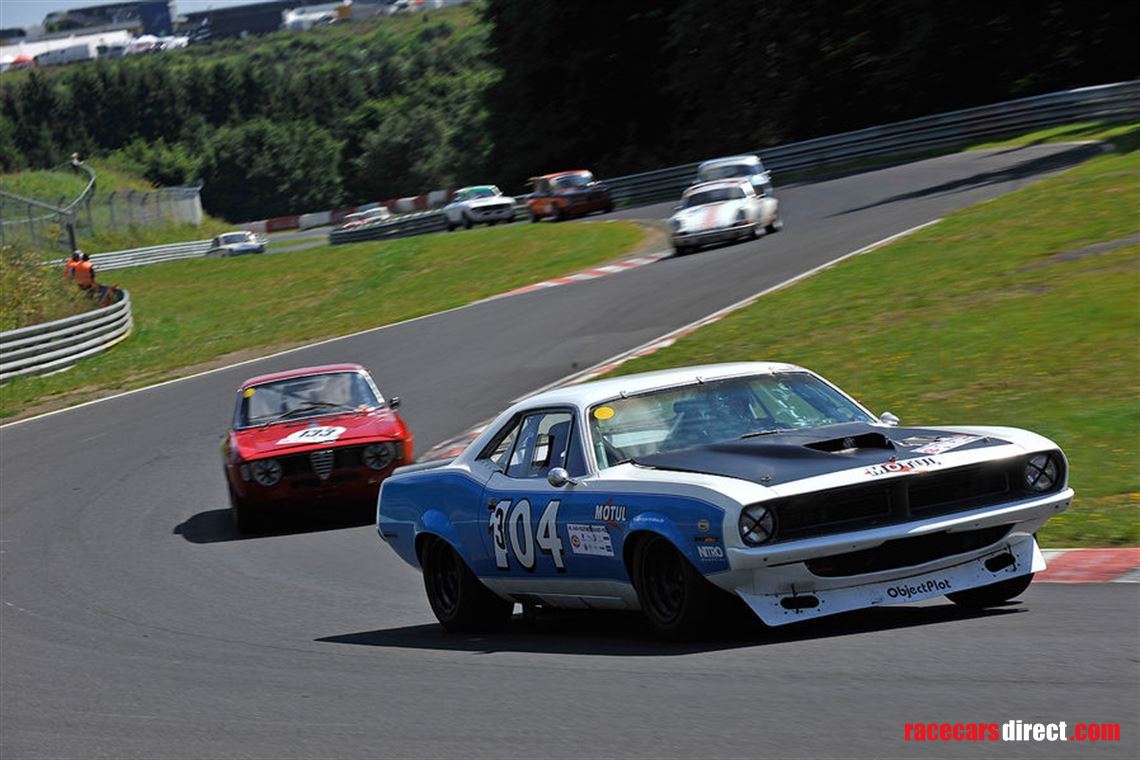 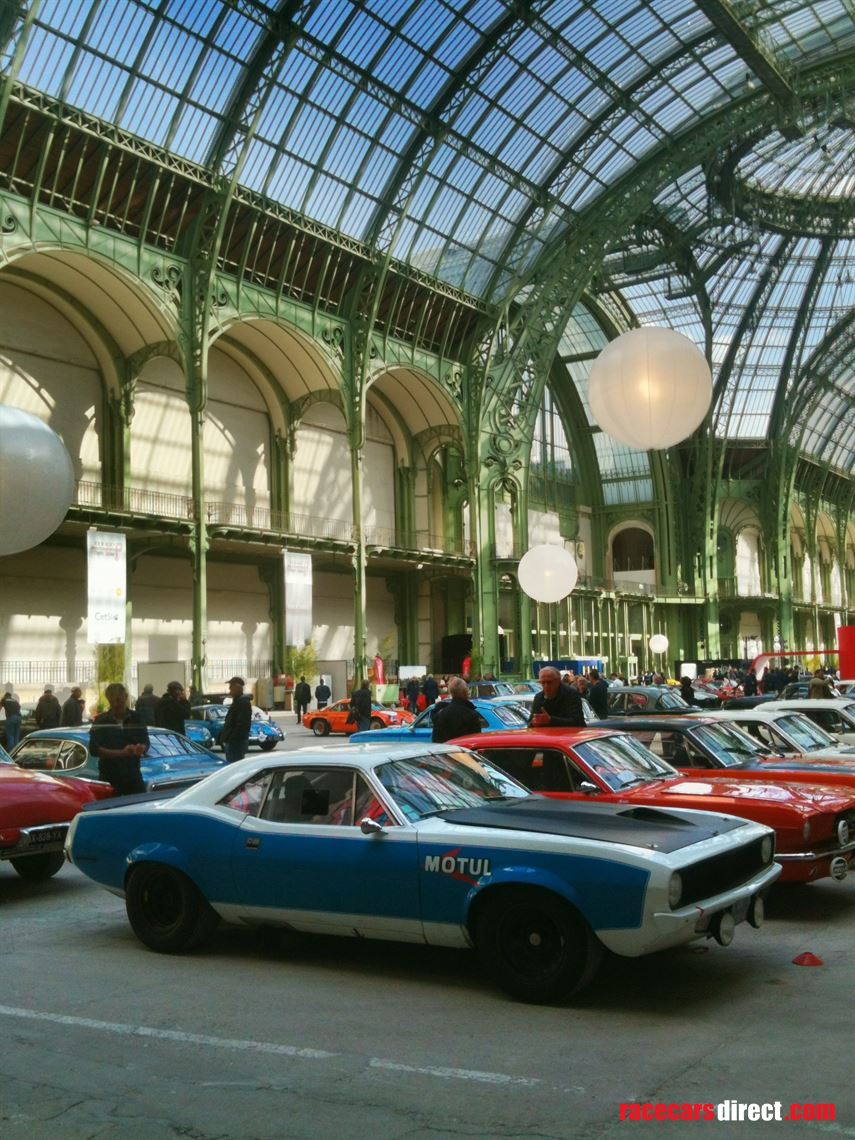 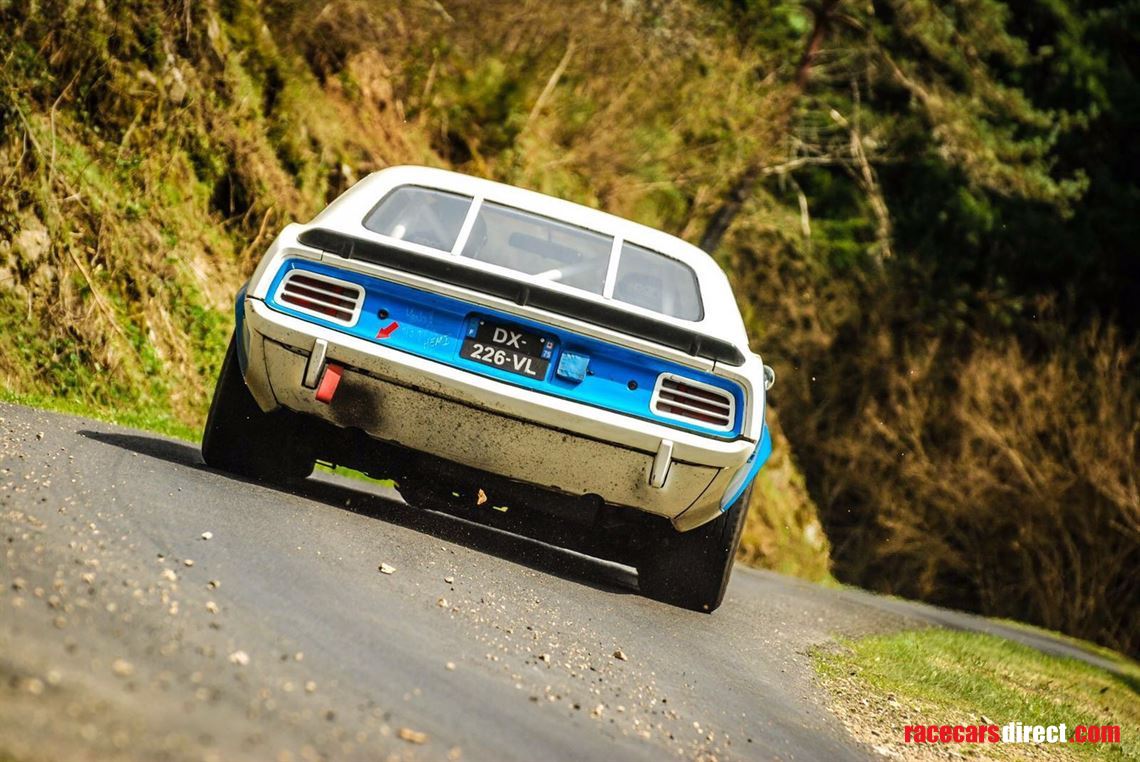 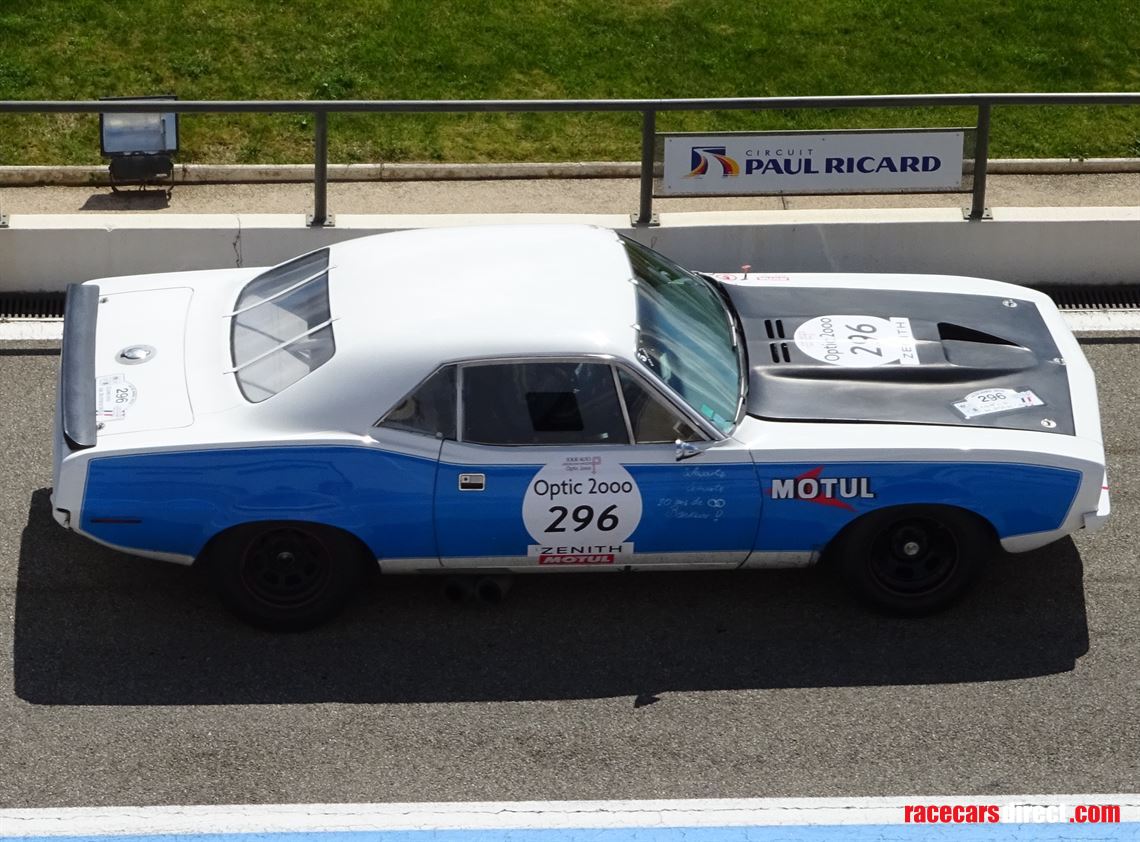 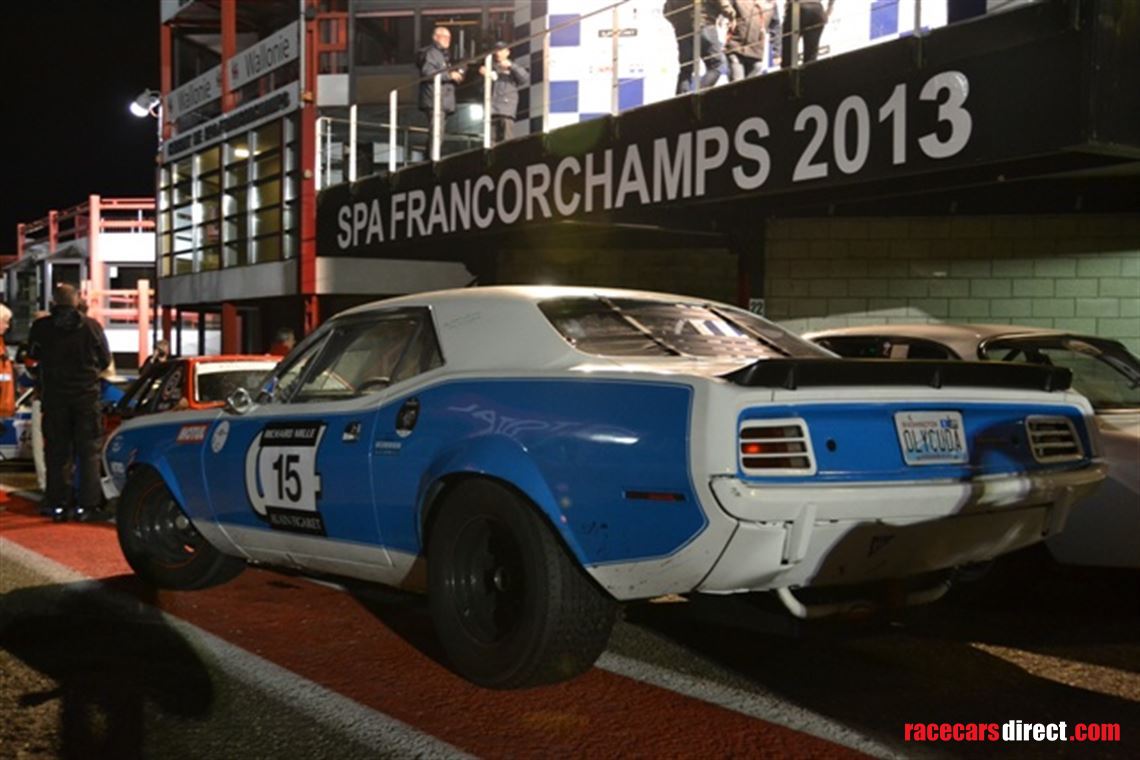 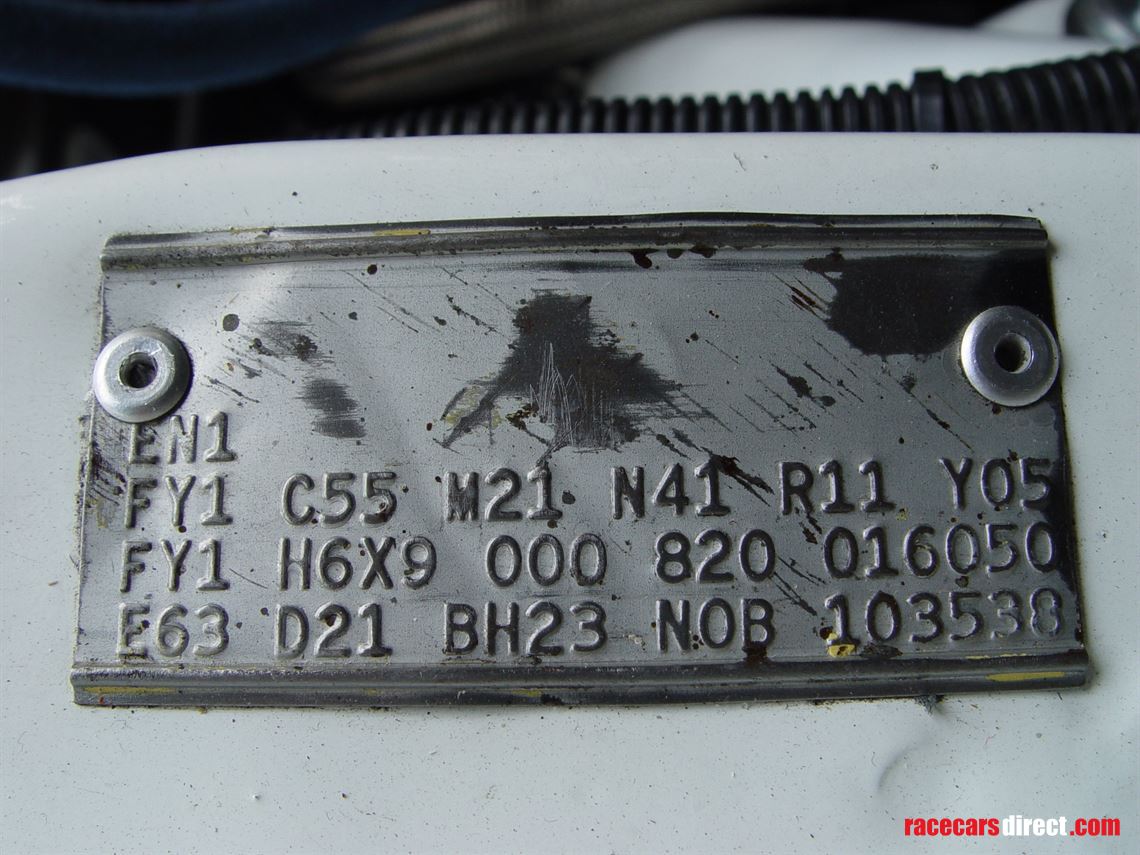 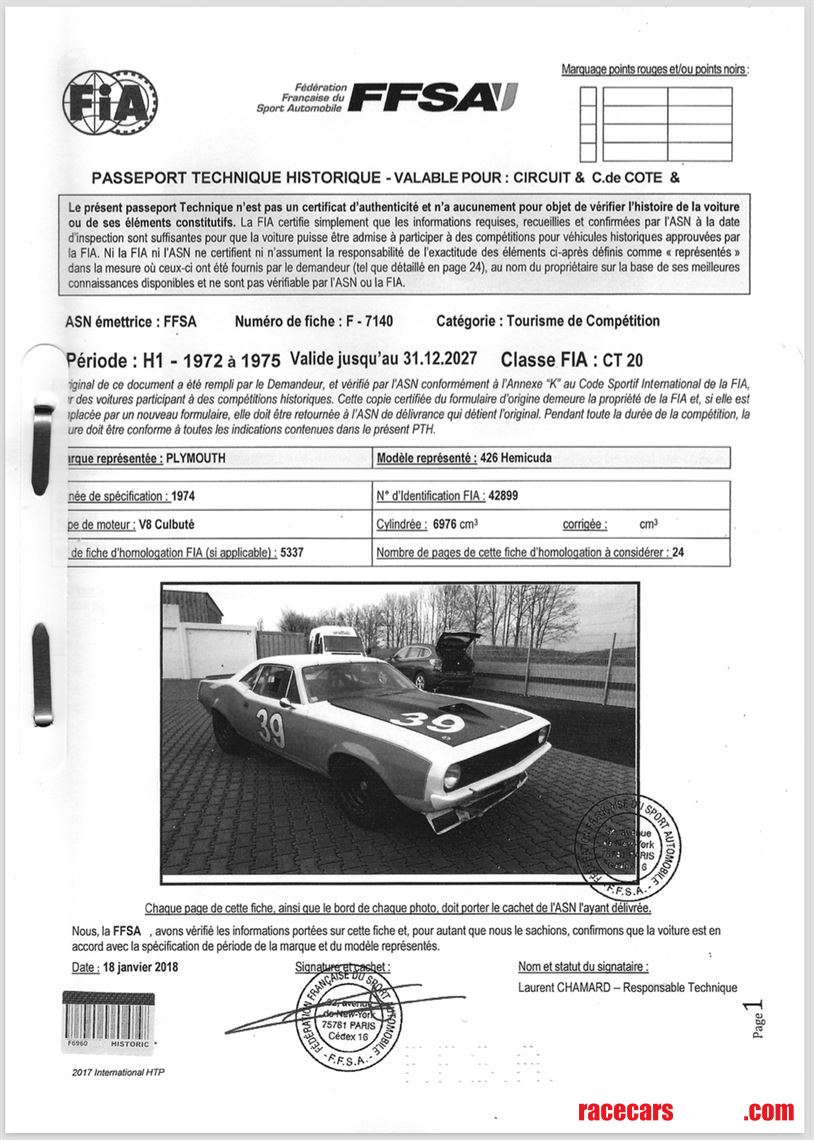 This Mopar has been with our team for over 10 years and has proven itself on the most demanding tracks like Spa, Monza and the feared Nurburgring Nordschleife, where it even felt at ease in the rain (check Hemicuda Nordschleife on YouTube).

Our Hemicuda is a regular contender in the Peter Auto Heritage Touring Cup Series and also competed in the Tour Auto in 2016. It rolled of Chrysler's Hamtramck assembly line as an early production (August 1969) 383ci V8 Big Block 4 speed Barracuda, as documented by its original build sheet and fender tag. While it spent the 1980's and 1990's in San Diego as a street machine and drag racer, powered by a tunnel rammed 440, which sent its ponies to the rear wheels via a DANA 60, we aquired the car in 2009, as we wished to duplicate the 1975 Le Mans 24 Hours Group 2 Hemicuda of Chrysler France.

The upgrade to Group 2 HEMI-Cuda competition touring car specifications was carried out in three stages, involving Fulmer Fabrications and Rocket Restorations in Olympia, WA, as well a the MOPARSHOP of Germany. The 7 litre 426 cubic inch HEMI is the epitome of all american V8's. It's sight alone is something to behold. The HEMI is best known for its huge torque, tremendous horsepower, thanks to the its free breathing cylinder heads, and mechanical sturdiness, which makes it capable of sustained operation at 7,000 rpm.

We were able to secure a genuine NASCAR 426 CI dry sump HEMI V8, originally built by Ray Nichels, which is now rightfully powering the well named HEMICuda. The ponies transit via a double disc sintered iron clutch to a TEX 4 speed dogring racing transmission and a Speedway Engineering 9 inch live rear axle. Suspension cores are handled thanks to FIRM FEEL components. Slowing the beast are huge vented HURST AIRHEART disc brakes in front and rear. It also has a SWEET power steering feeding a FIRM FEEL quick steering box, which makes its handling easy and the feel almost go-kart like.

Top speed on the Nordschleife's Döttinger Höhe was 258 km/h during the OGP Marathon 3 Hours race, where it finished twice in the top 10 overall, wining our class. Its Group 2 Competition Touring Car HTP is valid until December 2027. It even has a road registration and is easy to drive on the streets, with its muffled exhaust system, large aluminum radiator and power steering.

In a nutshell, it is a very easy to drive, reliable, cost effective and safe circuit racer, which can also be enjoyed in rallies, and will always stand out thanks to its HEMI heritage.

The ultimate race ready touring car. Not for the faint hearted. Fully tested. Ready to go.

Full factory serviced set of 4 way dampers ready to be installed. Came off a Porsche 997.2 Cup.