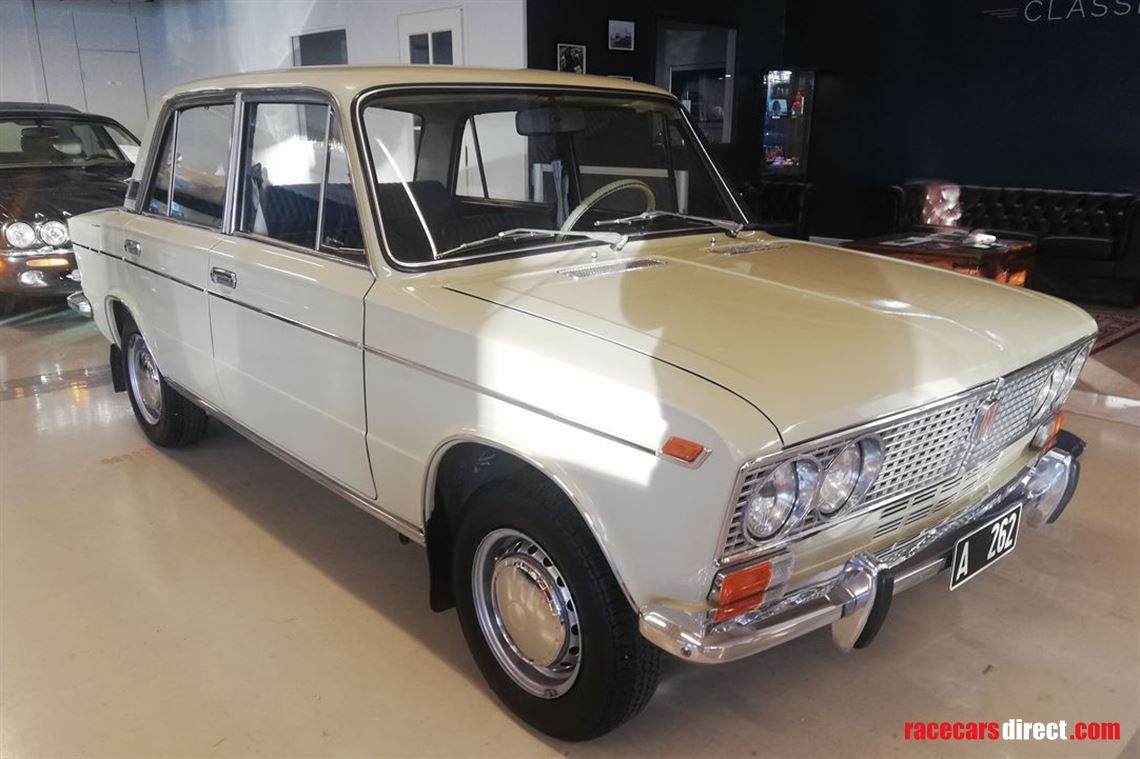 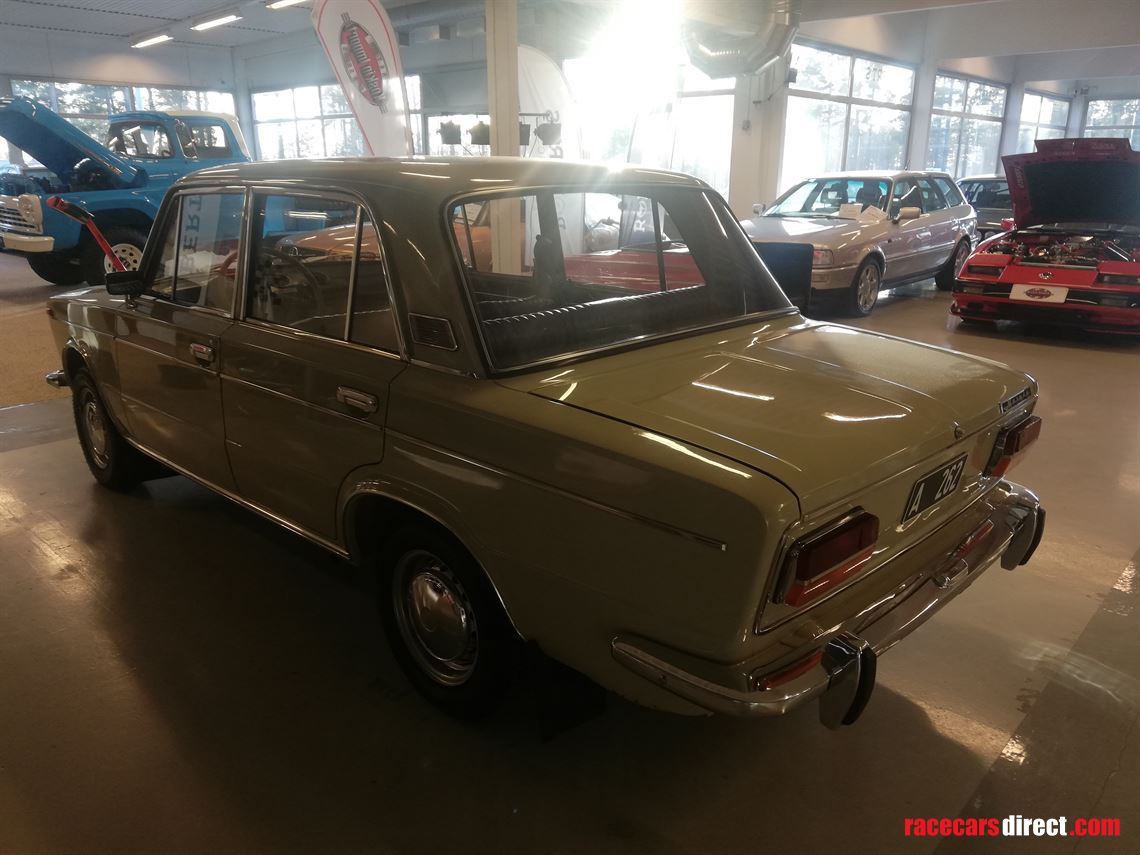 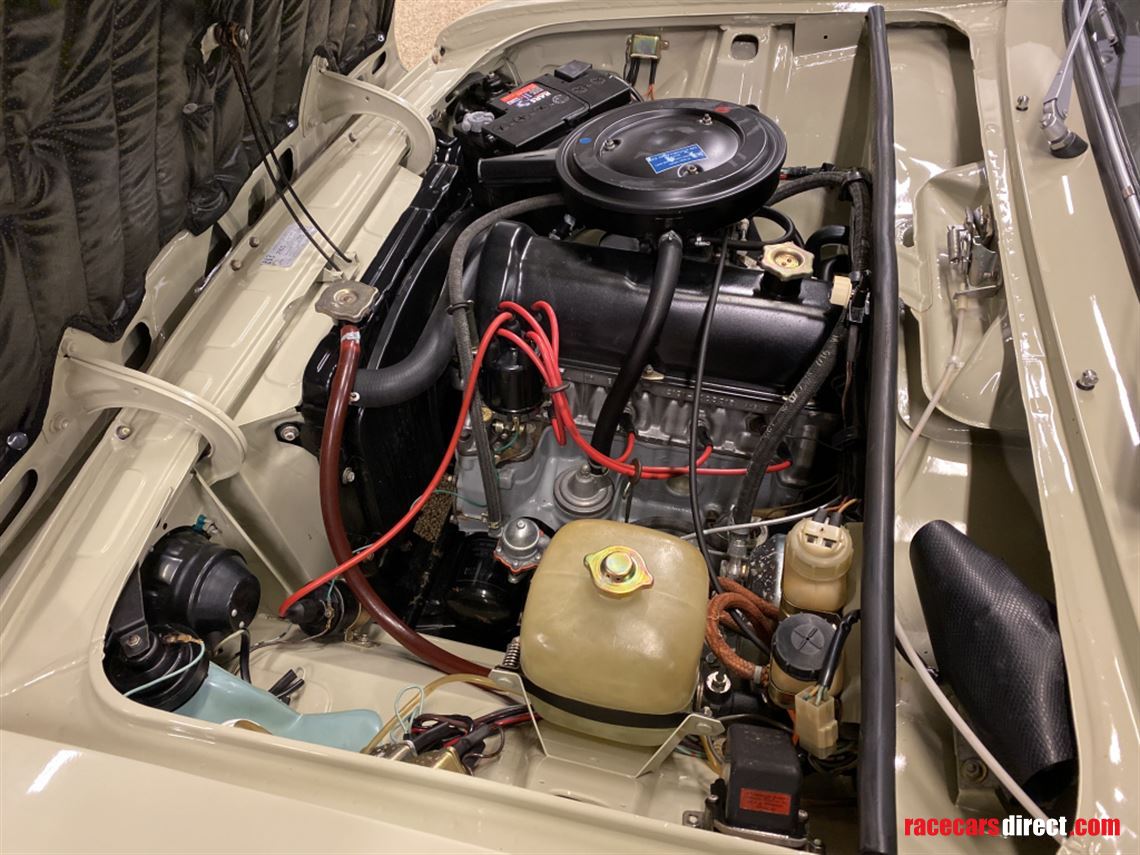 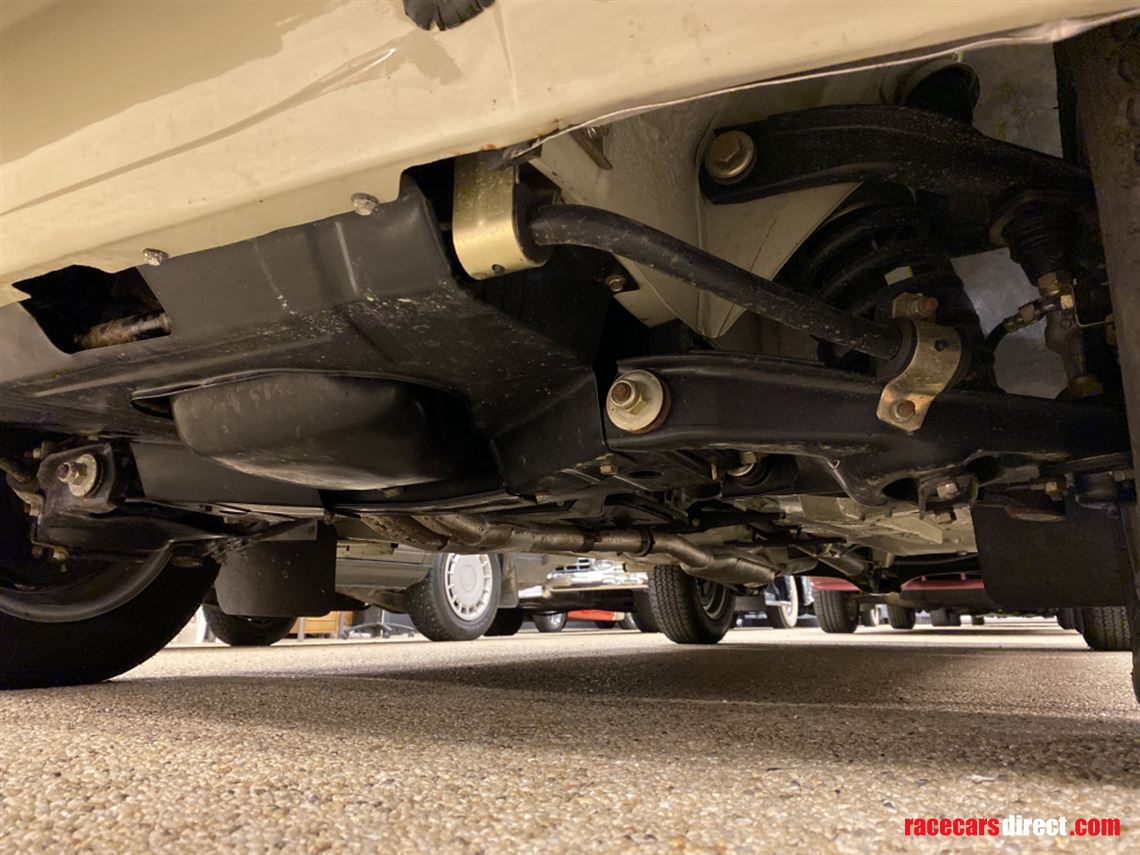 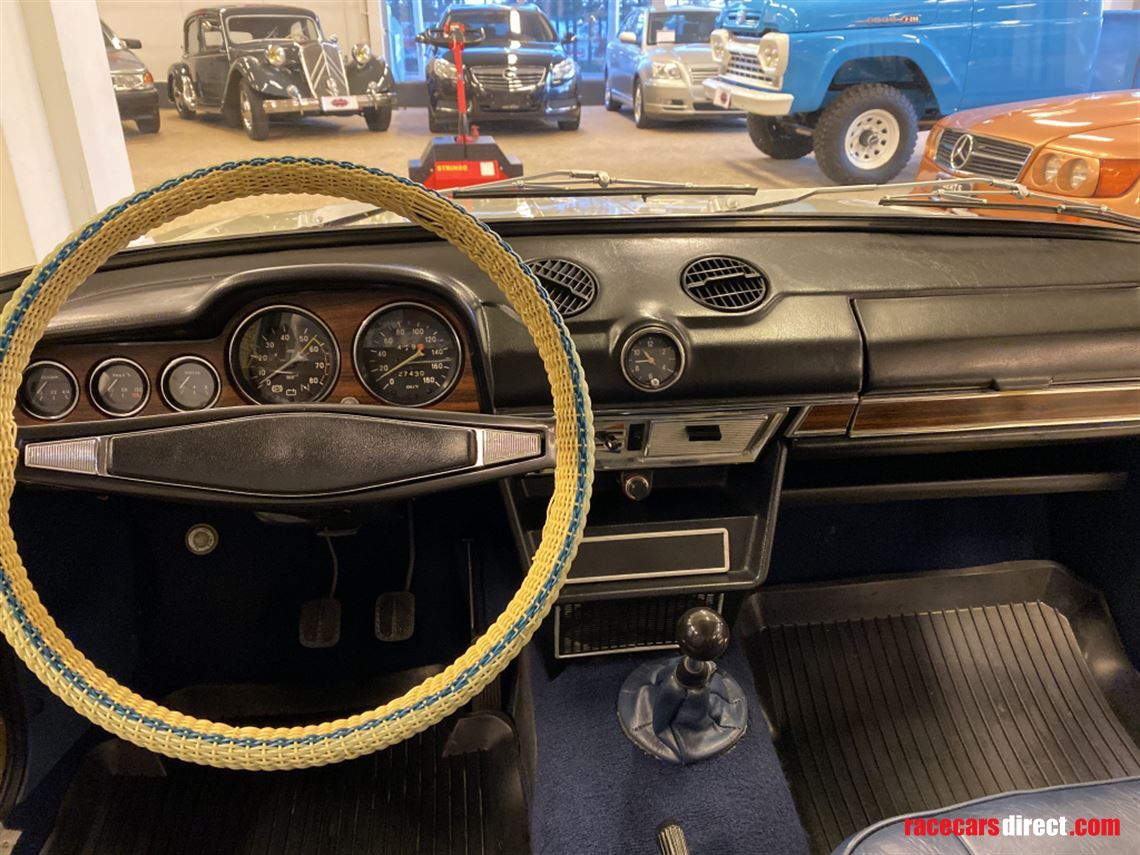 History of the car according to its latest owner who is a collector from Estonia:

This car was bought from a large private collector of Soviet cars, private collection consisted of several copies of each model ever produced by Soviet automobile industry such as VAZ, GAZ, MZMA etc. Most of the cars, even this VAZ 2103, were not register in modern Russia and had old black Soviet plate numbers.

Before joining the collection, the car belonged to an old person who basically kept the car in his garage. From 2008 to 2017 it was stored only in warm heated rooms and didn’t go out onto common roads.

In 2017, the car was brought to Estonia for another private collection, a commission was passed to obtain a certificate of old-timer car which identified originality of the car by 99,5%. The car was kept in a warm garage and was only exhibited at the annual nostalgia days in Haapsalu, Estonia. The odometer reading of only 27.000km is correct.

The VAZ-2103 Zhiguli is a deluxe compact sedan car (small class, passenger car, model 3 in Soviet classification), produced by VAZ, introduced in 1972 and produced until 1984. Better known by its famous export name Lada 1500 outside of its native Soviet Union and popularly nicknamed Тройка (Troika, ‘three’) in domestic market. The car was developed jointly by VAZ and FIAT at the same time as Fiat 124 Special, and the two models had the same basis and influenced each other. 2103 was built under license and tailored for the Soviet and Eastern European market. The 2103 externally differs from its predecessor, the VAZ-2101 firstly by its four, that is, double sets of headlights, different grille and direction pointers, moldings on the sides of the body and larger taillights. Its main difference – the more powerful 75 hp (56 kW 76 PS) 1,452 cc (88.6 cu in) straight four petrol engine.

In addition, this model is distinguished by the presence of vacuum brake booster as well as self-adjusting rear brakes and internally on new, Fiat 125 based, front panel along with its steering wheel and improved dashboard featuring wood imitation, tachometer, oil pressure gauge and front panel clock. Known as the Zhiguli within the Soviet Union, the main differences between the VAZ-2103 and the Fiat 124 Special are the use of thicker-gauge steel for the bodyshell (so the 2103 weighed 1,030 kg (2,270 lb), the Fiat 105 kg (231 lb) less), an overhead camshaft engine (in place of the original Fiat OHV unit), and the use of aluminium drum brakes on the rear wheels in place of disc brakes. The car featured a starting handle for cranking the engine manually should the battery go flat in Siberian winter conditions, auxiliary fuel pump as well as improved soundproofing.

This Lada 1500 VAZ-2103 Zhiguli is in Finland and can be shipped worldwide!

Please know that I will help you in every way possible with the purchase. I have good contacts for shipping the vehicle all over the world. If you would like to come and view the vehicle before purchasing that would be great but if it isn’t possible to come and view I will do my best to give you as much information and as many photos as you require. I myself buy a lot from foreign countries so I know exactly the situation you are in.

For sale a unique car Lada 2101 with Lancia Integrale engine.