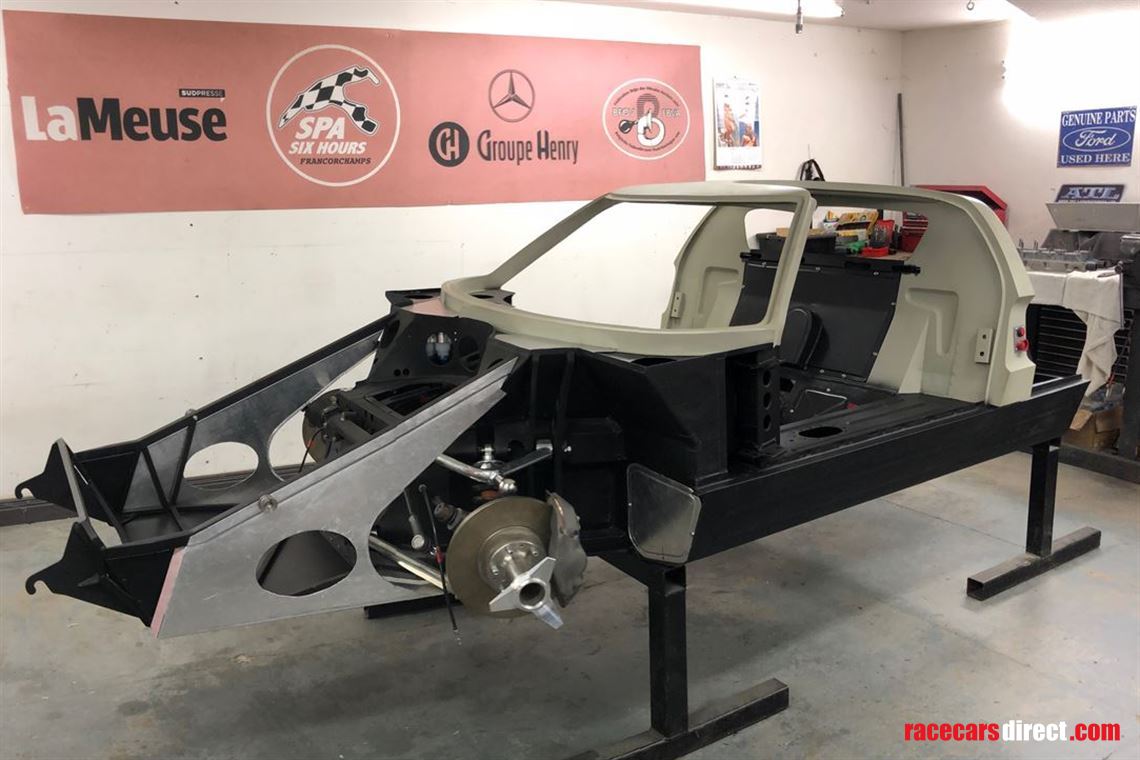 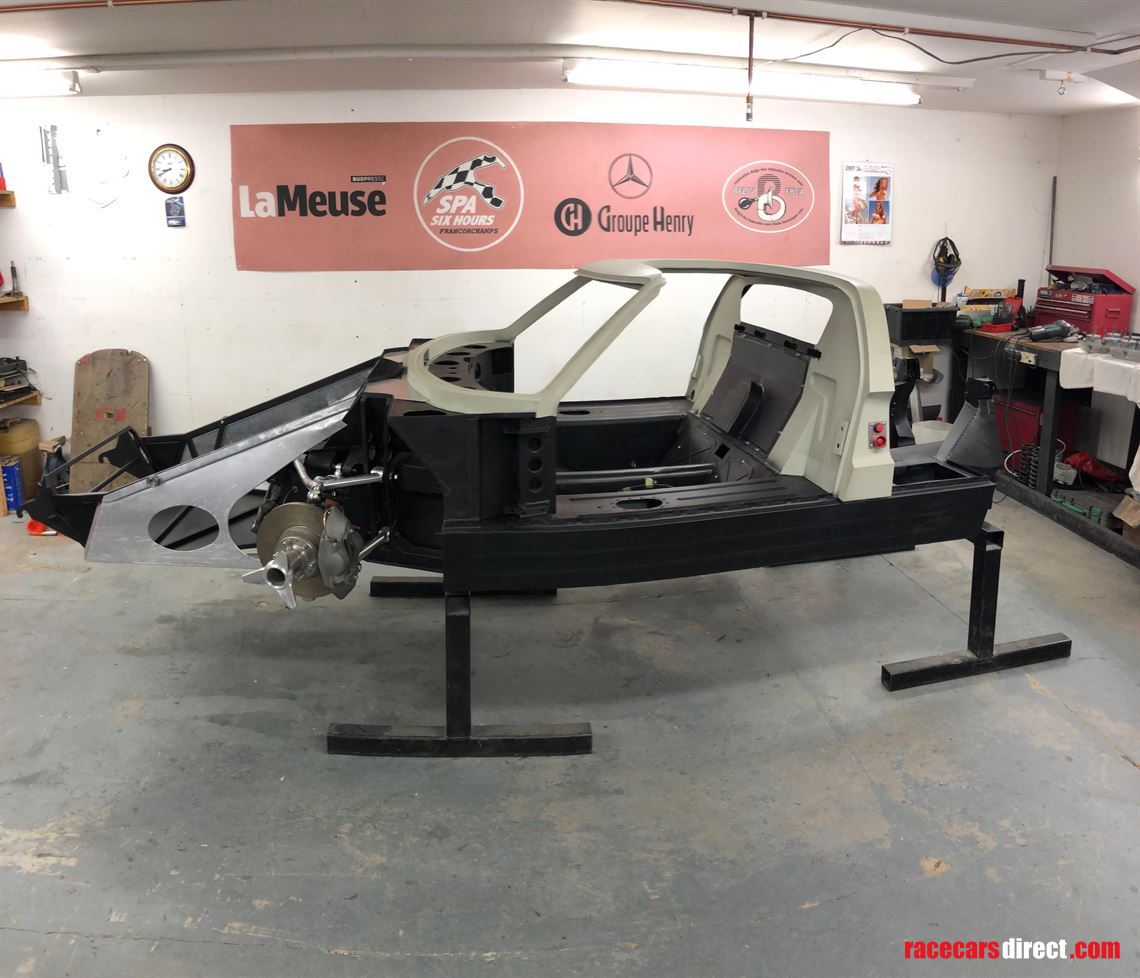 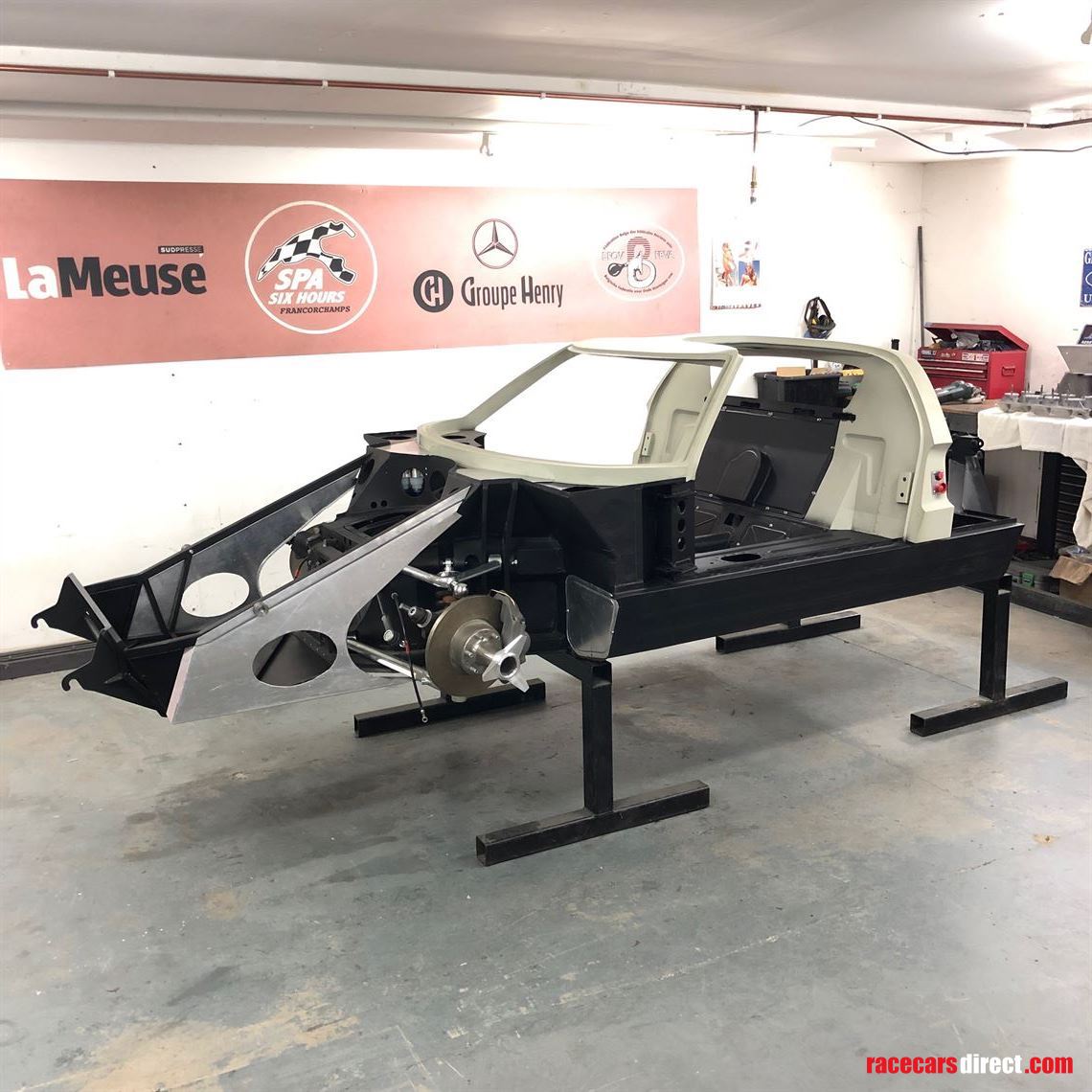 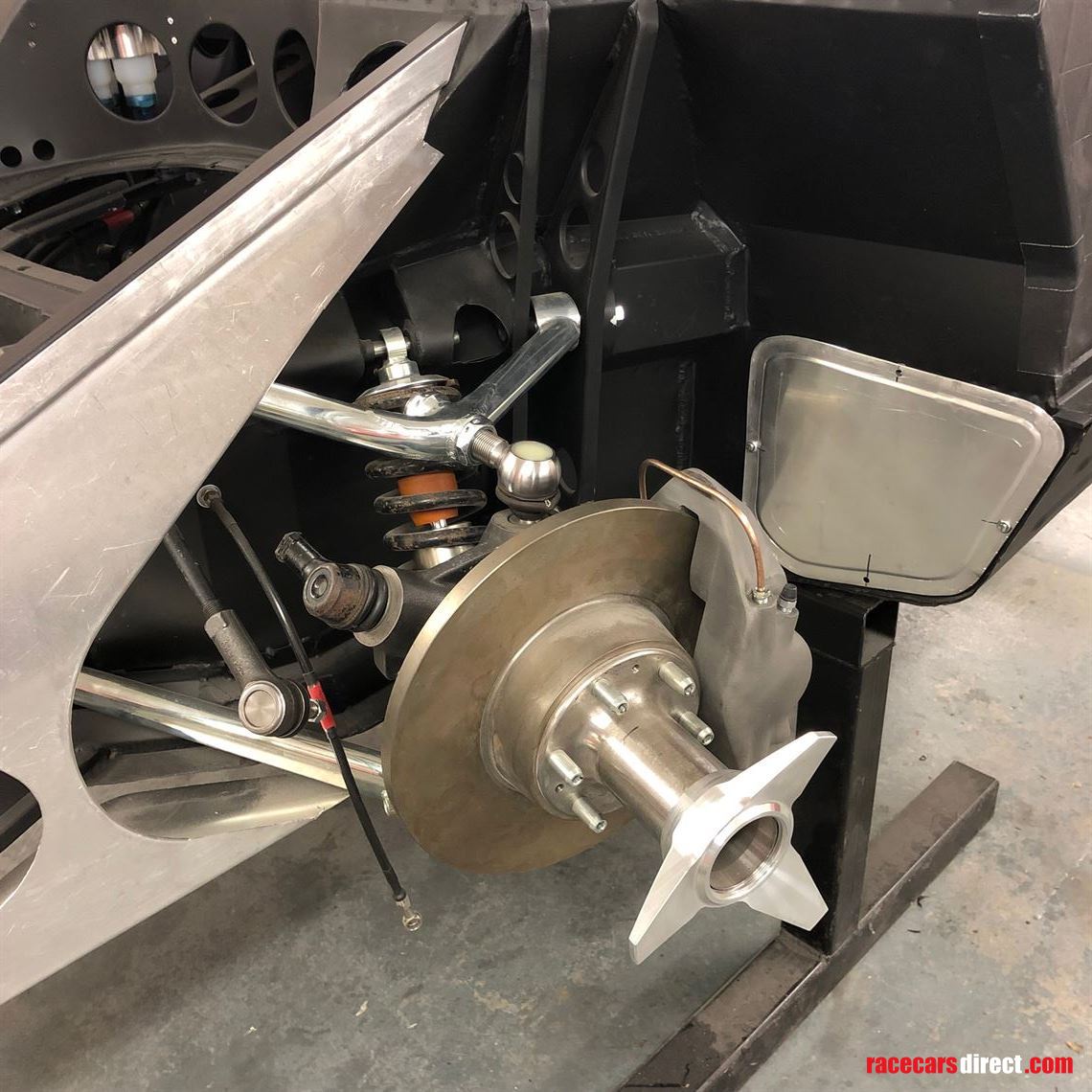 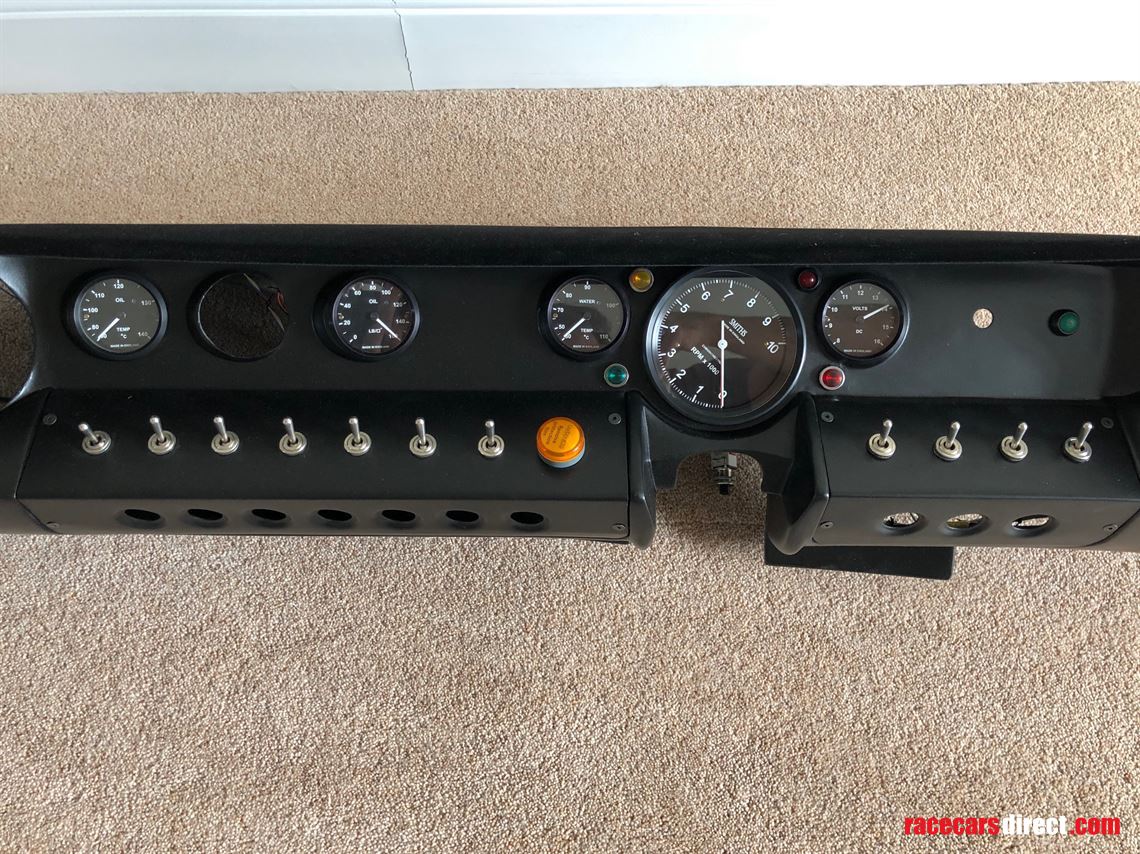 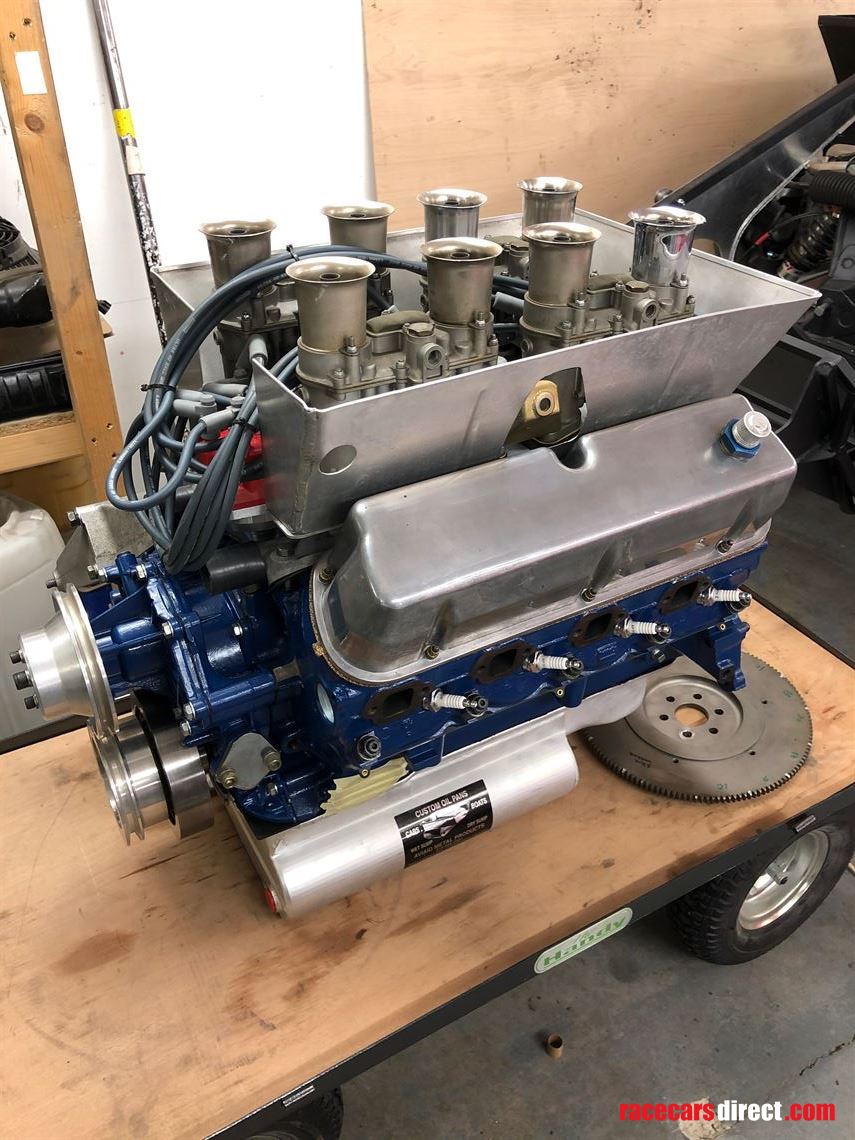 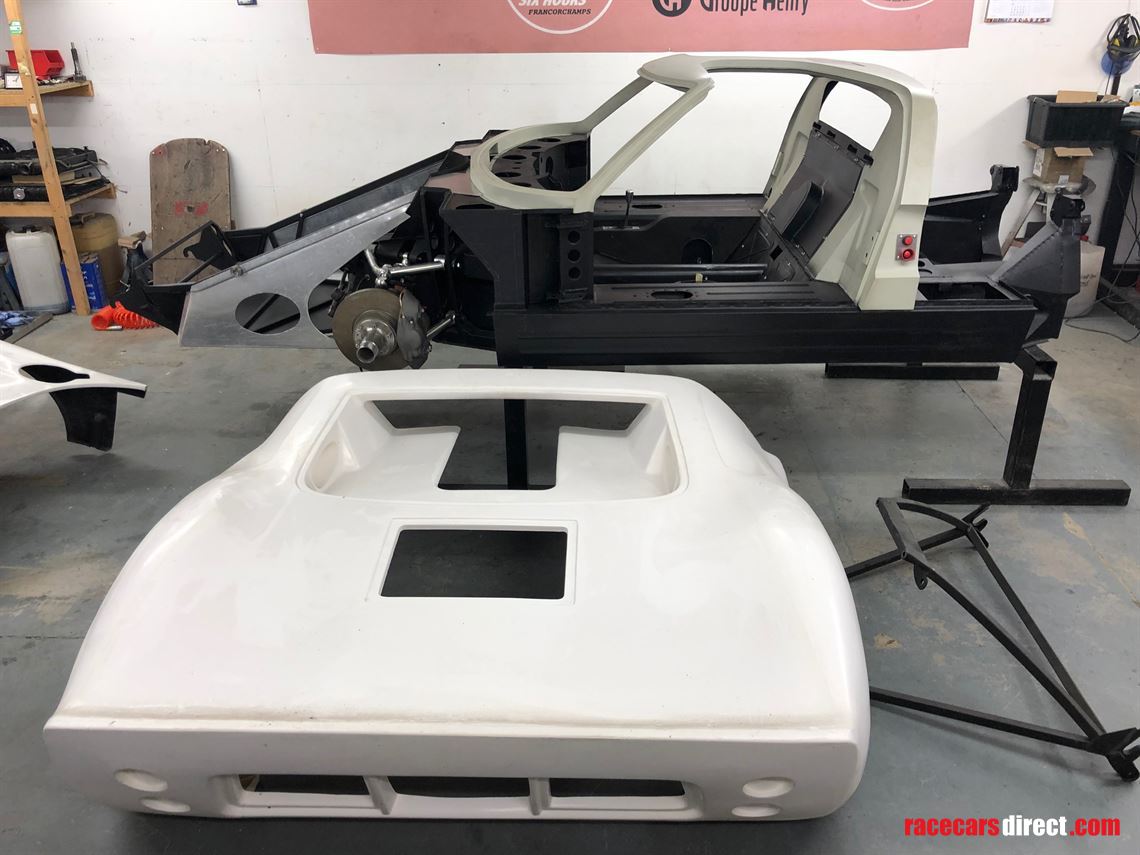 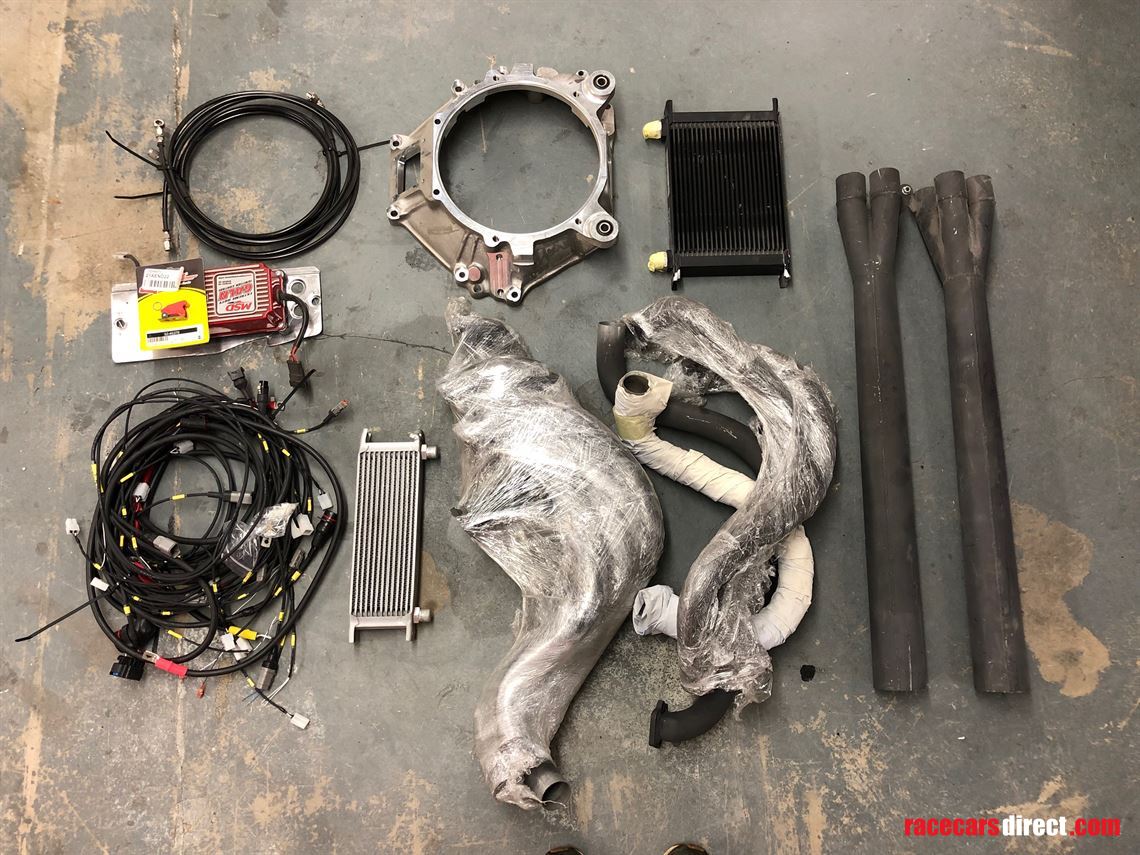 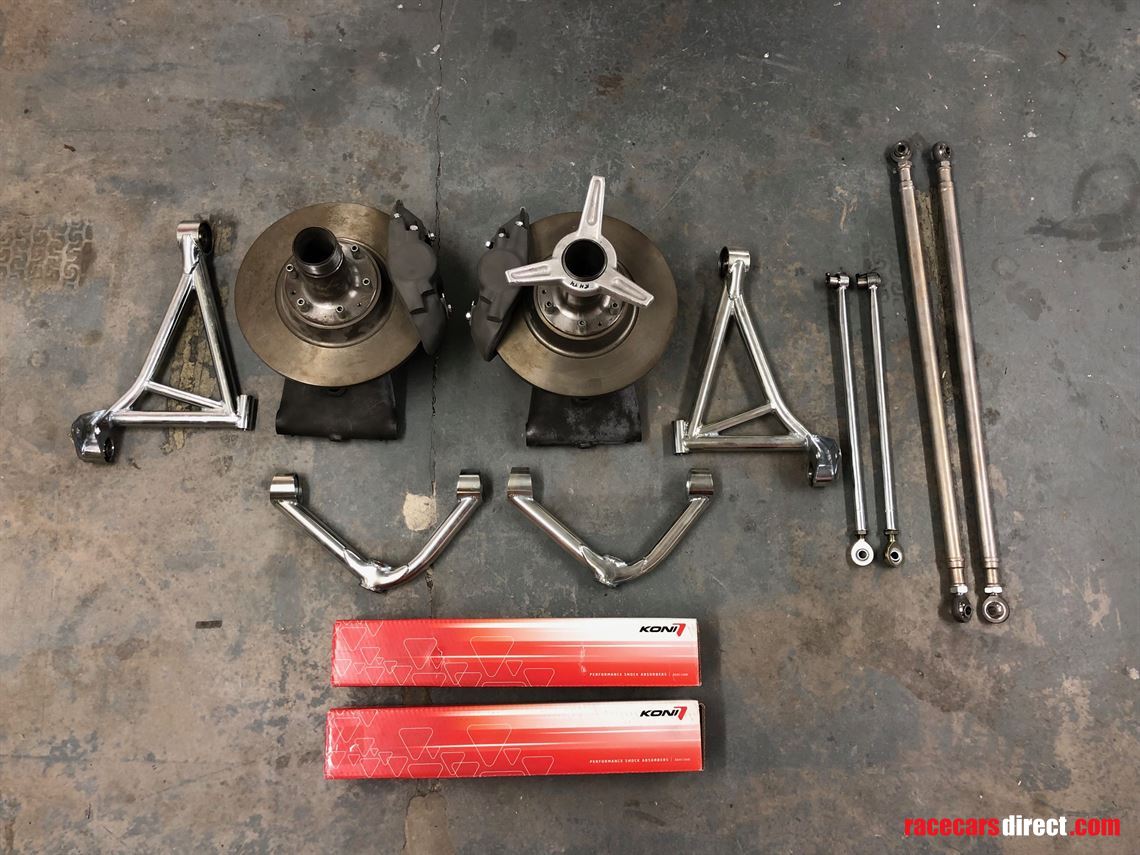 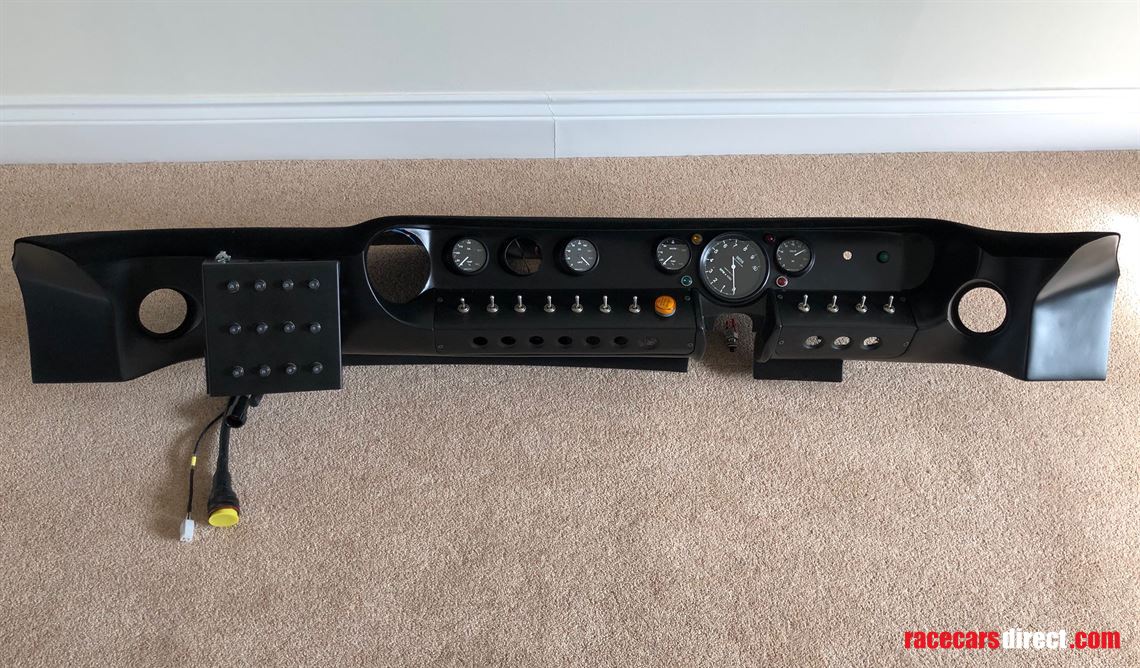 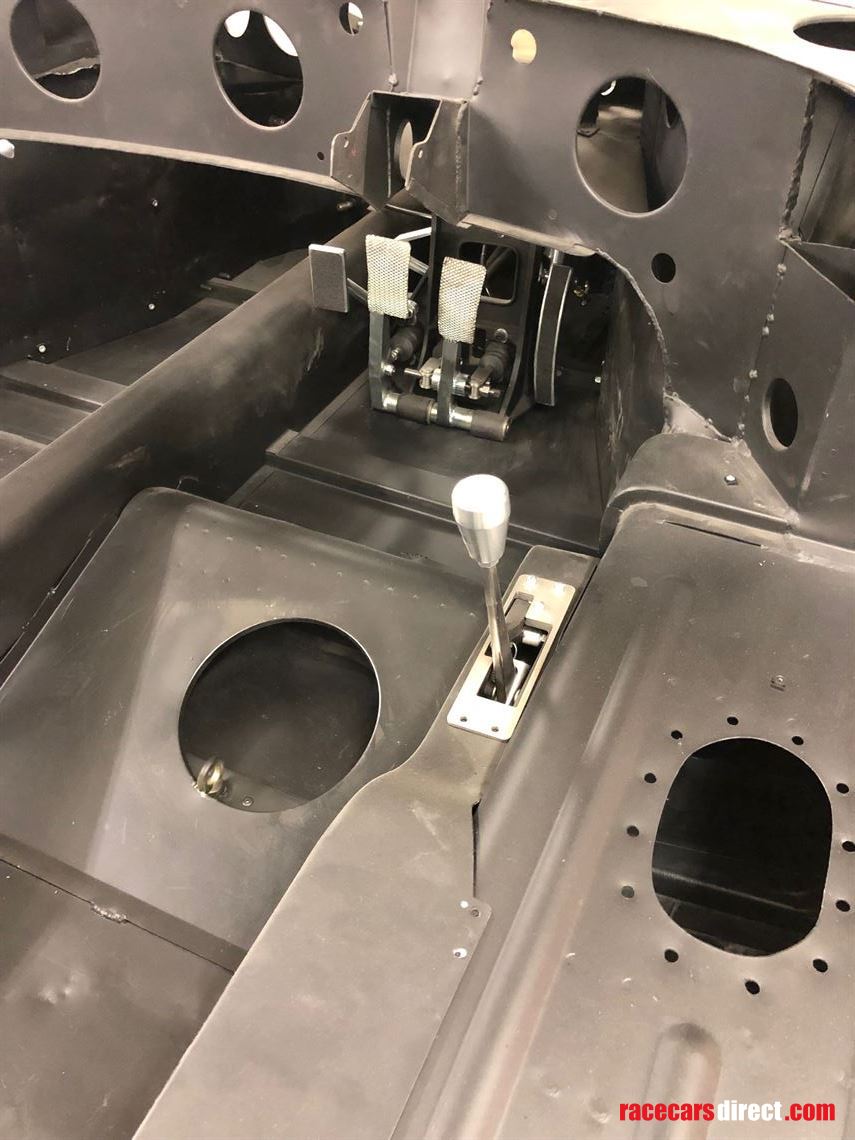 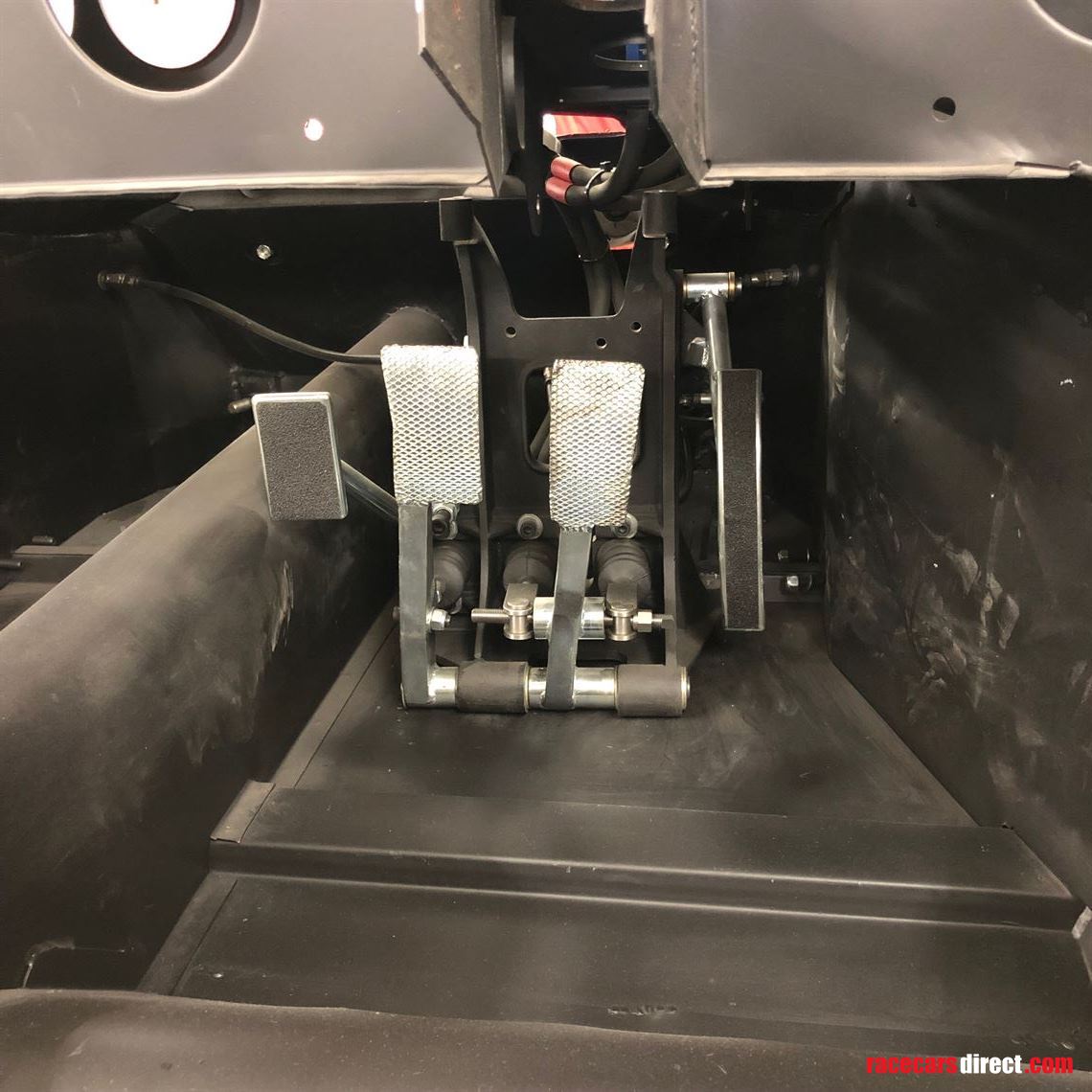 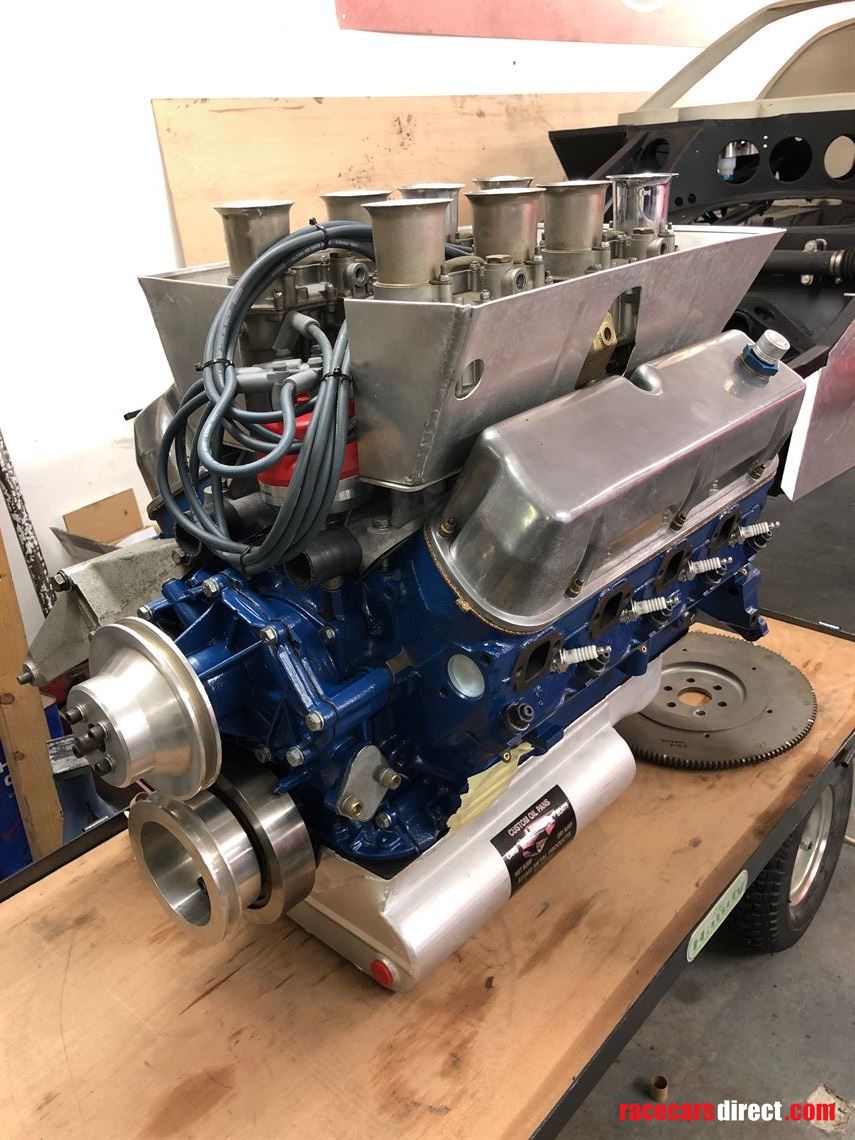 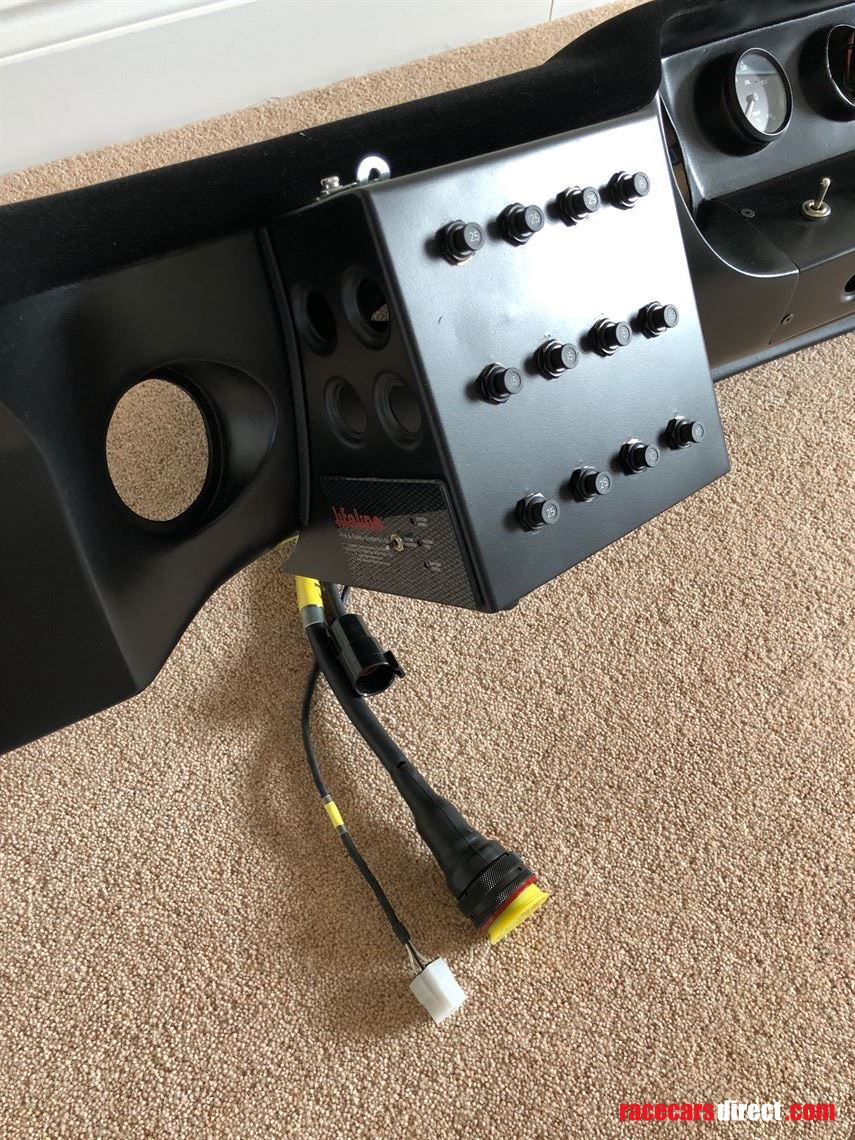 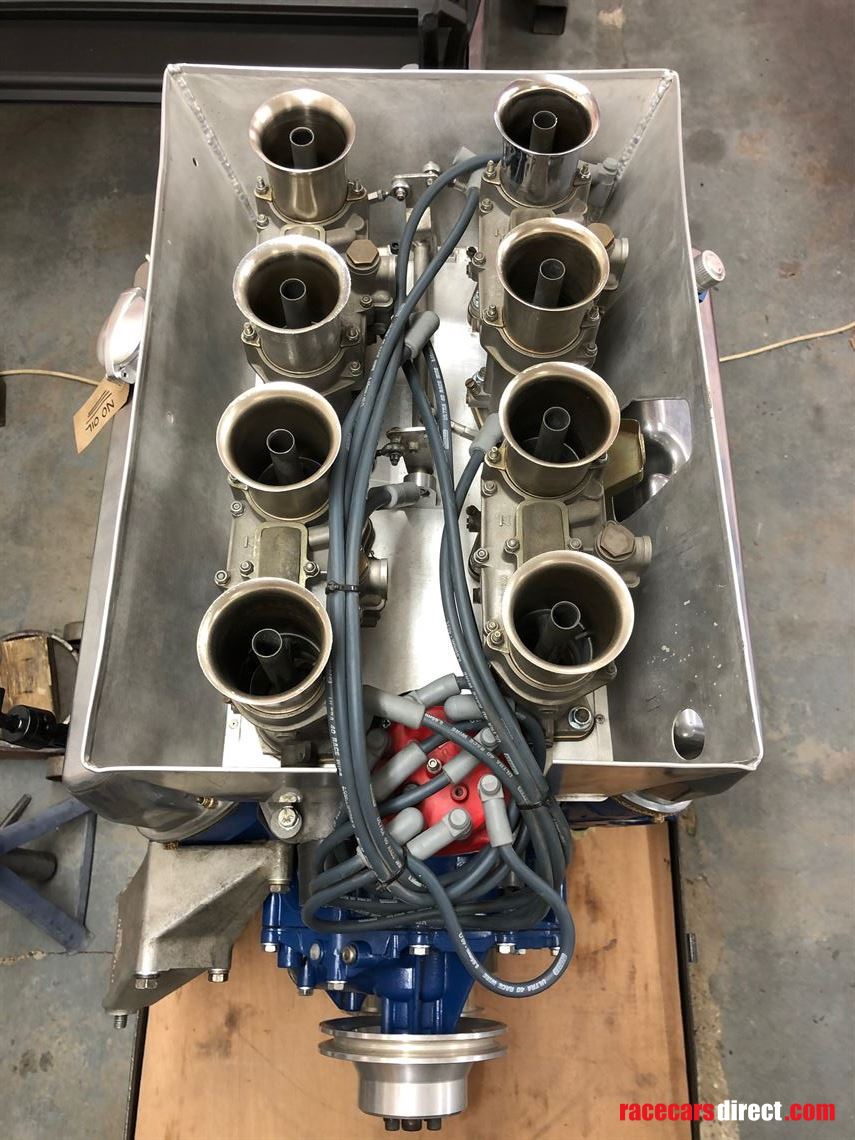 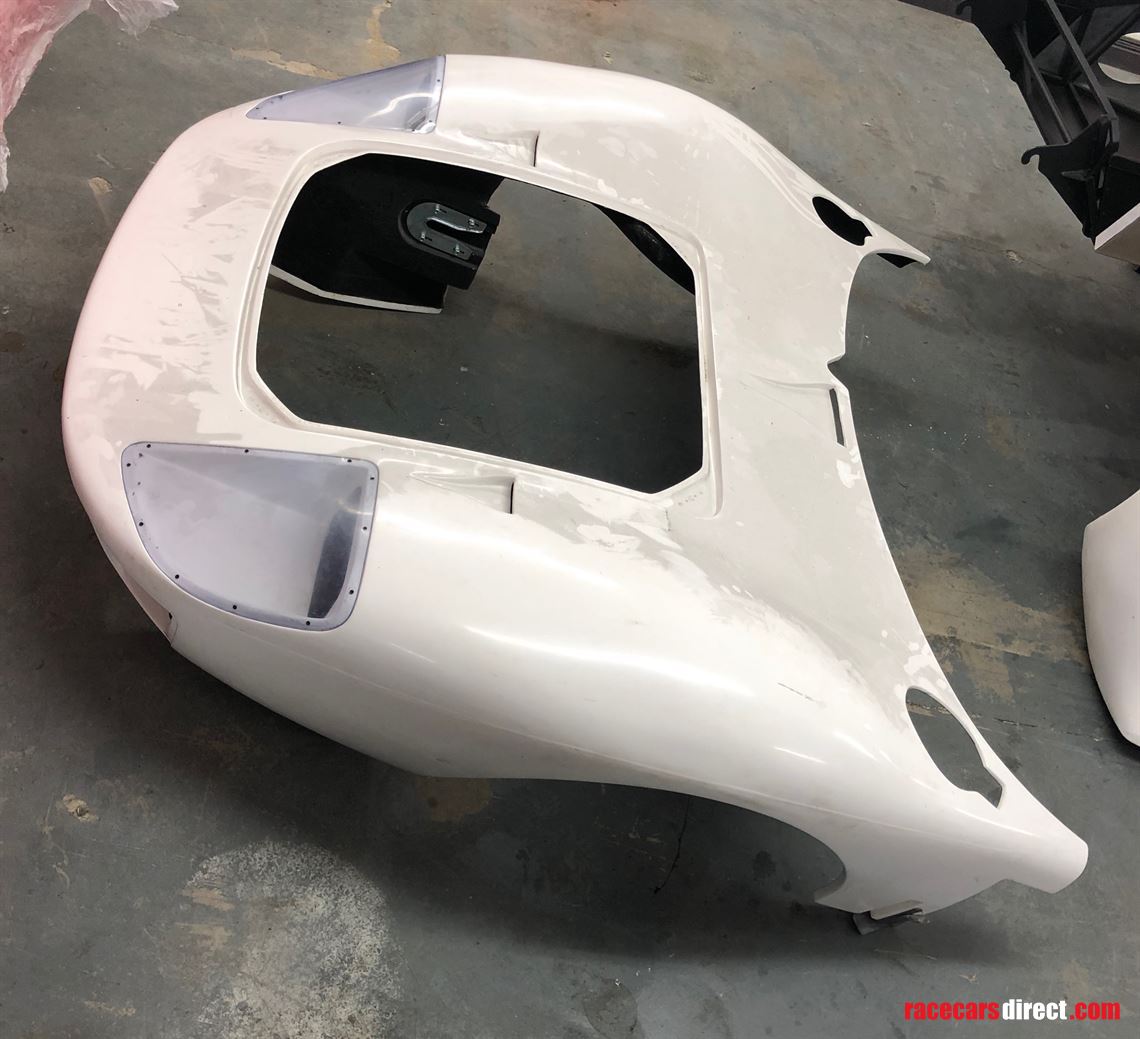 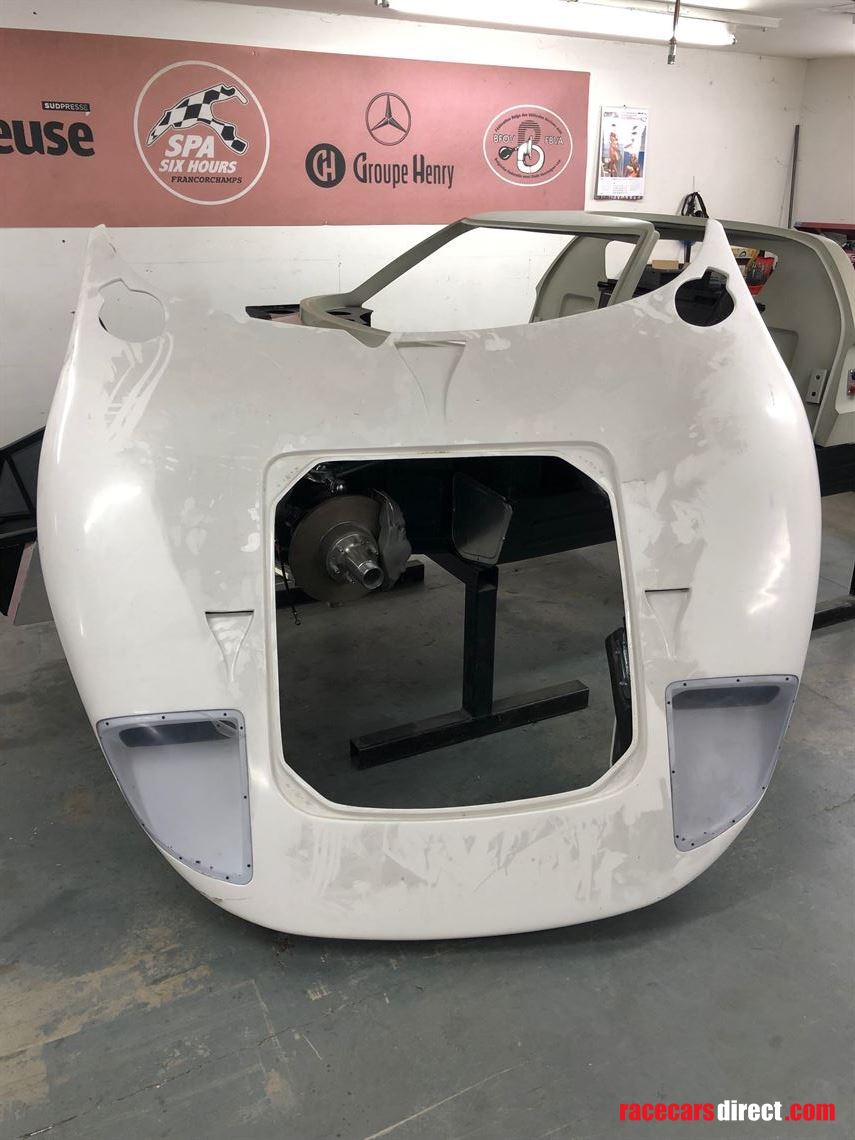 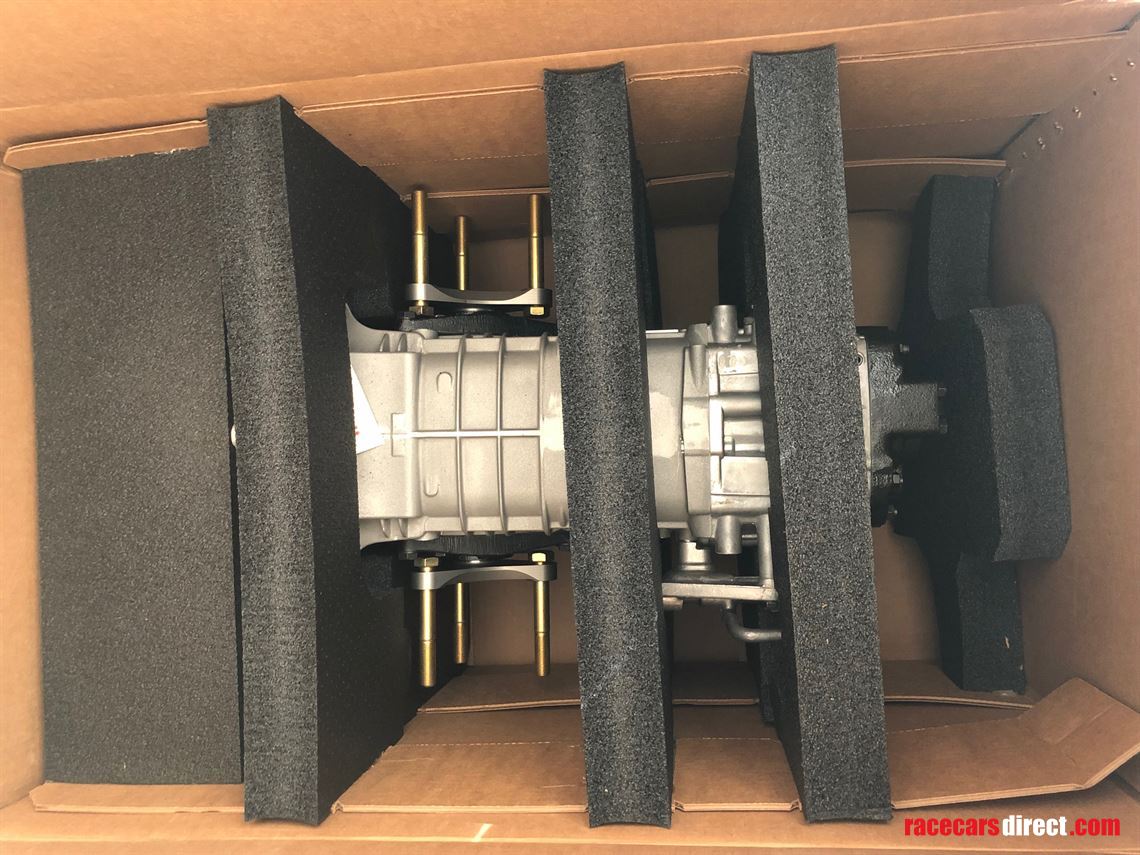 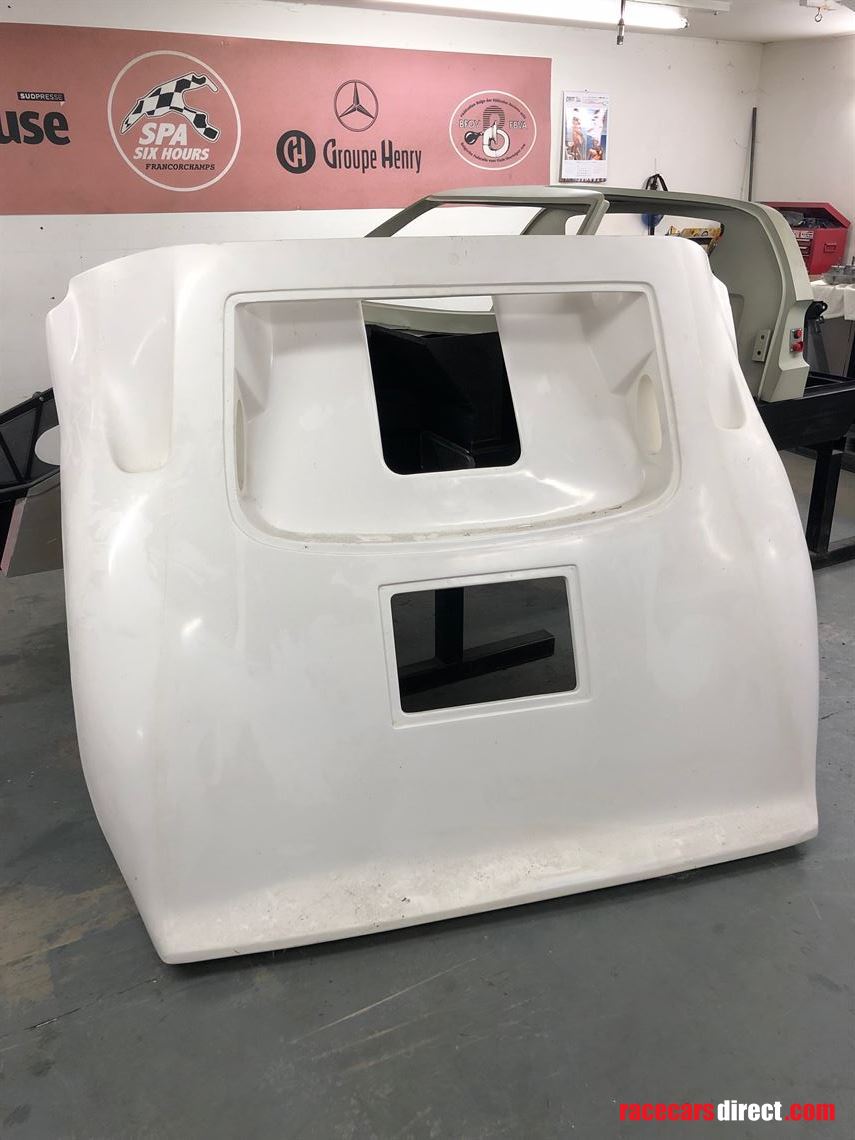 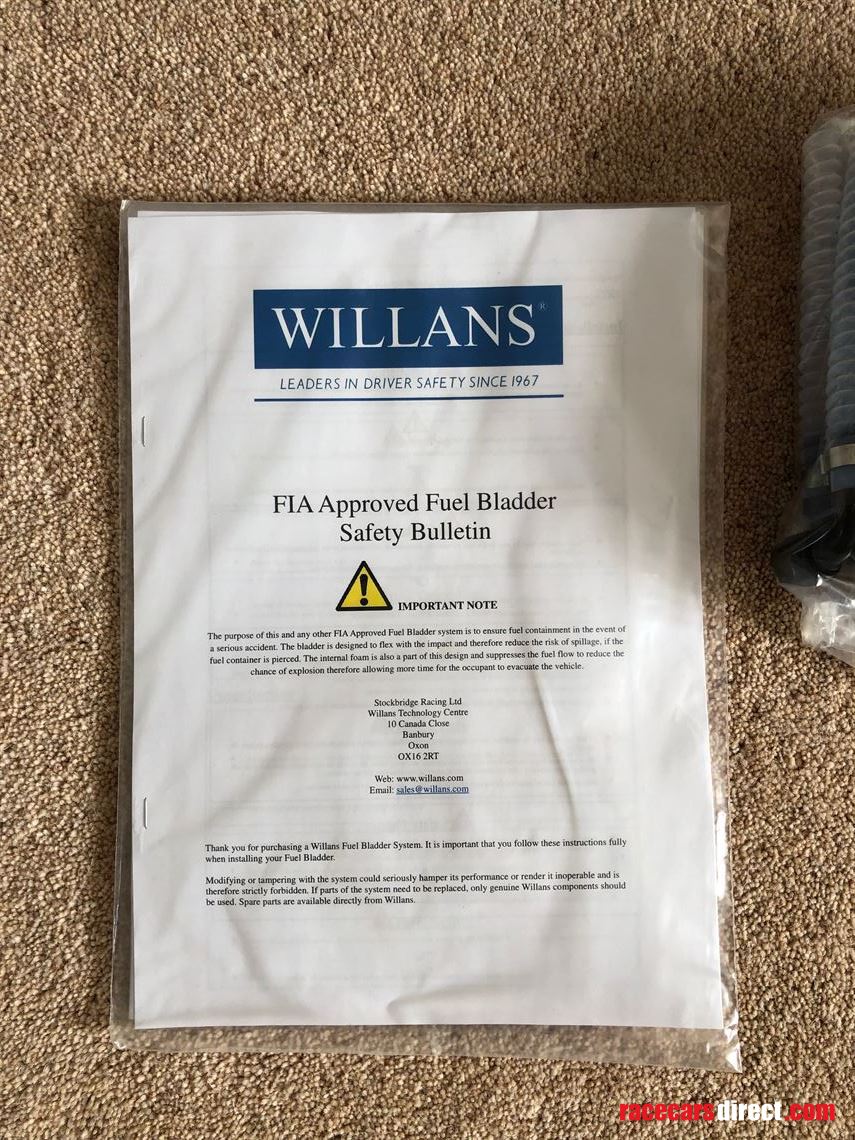 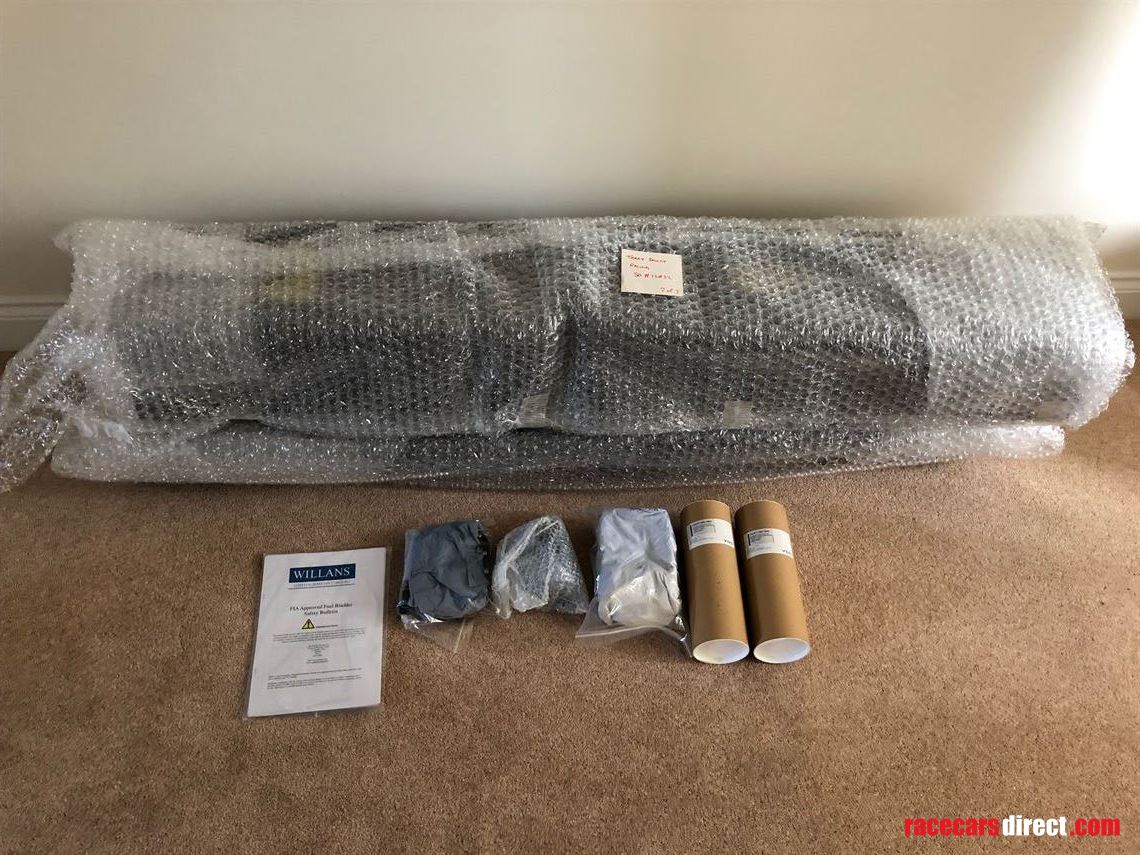 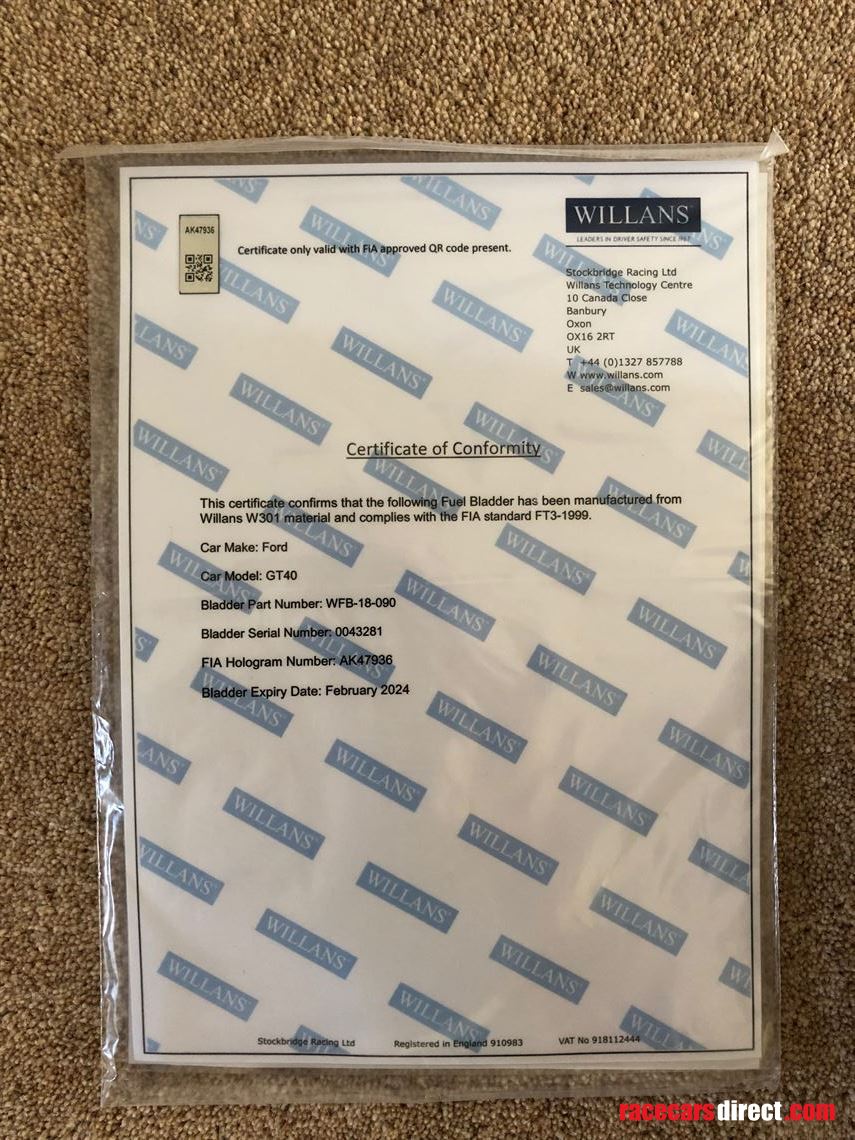 The monocoque was the last car that Terry purchased and was from Superformace. The plan was for it to be kept and for it to be built and run for him and the boys as a front runner so the build specification for this car has had no expense spared.

The monocoque is a Superformace continuation GT40 which is recognised by the FIA. It’s licensed and endorsed to use the name “GT40” as a true “continuation” of the original. This is another reason it allows these to have HTP papers to go racing.

Through the various continuation GT40s we know that are run, this has seemed to have been proved as a front running monocoque having won the spa 6 hours and other prestigious races many times over.

The car is a brand new build and with us has only been build up once but now sits bare as it’s at a stage for body work fitment and paint.

All of the running gear is brand new and is present and ready to fit, including fully built up hubs front and rear, wishbones top and bottom front and rear, and an anti roll bar. Hubs include discs and brake callipers all around.

We have all the nuts and bolts and brake piping with fittings across the car for everything to be fitted also.

All the running gear has been supplied new from Gelscoe. We also have a new set of fully adjustable Koni shocks that have been dynoed into the correct range for this car.

We have new light bodywork for the car already to go, this includes front and rear clams and doors still in two parts to allow fitting. Altogether the bodywork is ready for fitment to the monocoque when it goes for paint. We also have the body hooks and fittings for these panels too.

A brand new windscreen is also supplied and is ready to be fitted when needed.

It really is at a final stage before being build up to finish.

We have used DC electronics for building a complete bespoke loom for this car. They are one of the best in the business and their work speaks for itself.

The loom is fitted with all the latest fittings and plugs that DC specifically use and their neat loom makes this a very nice instal that’s also lightweight throughout the car.

Most of fixtures and fittings again for the car are already with it. Armtech and MSD are all in place and ready to go. Just an extinguisher hasn’t been purchased yet with the expiry date in mind.

DC also worked with Farraningdon instruments to complete the dash all of which is electronic. The dash is already finished and flocked coated and also sits build up with all the new wiring/gauges and switches with a very neat custom trip panel.

All the master switches are electronic too. I can provide the DC wiring diagram with the car to make things very clear as there is all the switches and various warning lights integrated and build into the dash already. The whole dash is on a sub loom so it can be taken out in one piece by one connector, great for servicing the car and ease of use.

DC also worked with Willians who have supplied the custom FIA approved fuel tanks with completing all of their wiring for these tanks with the fuel pumps.

The whole cars electrical system works as one and keeps it all as neat as possible with DC having full knowledge of what’s been used where for any serving needed along the line.

The Willans Fuel Tanks are newly supplied only this year and are completed with their FIA certification going forward. Both tanks has been custom made for the monocoque we have and are also ready to be fitted. They are compete with all the fixings as well so are ready to go.

Also from Willans they have supplied new seat belts for the car and we have already fabricated the pick up points into the monocoque.

The car is also complete with a new steering rack with column/steering wheel and steering boss.

Pedal box is complete and has also been fully build which was supplied new from Gelscoe. It’s also build up with brand new master cylinders. It’s been fitted to the car so it’s ready to plumb in as the brake lines have already been run.

Another main piece of the puzzle we have taken delivery of is the RBT gearbox which is ready to go. We include bell housing, the linkages, driveshafts and all the mechanism to fit up in the car with gear gator and stick.

The engine is a fully refreshed Steve Warrior spec 289 fully FIA compliant engine. This includes the proper heads which are also original Fomoco 289.

It is period correct and complete with the Webber 48 IDAs.

The engine is ready to go with no time on it and with this current specifications is a very competitive engine.

There maybe a handful of parts needed to finish it completely. Only parts I can note we hadn’t purchased yet is new set of wheels, front headlights and rear tail lights. The seat had also been left out until we were ready to mould one but this is really down to the individual who owns or drives the car.

We do have on order the front radiator with mount and oil cooler with mount.

We also include a lot of bits that are custom made and fabricated when building one of these cars. Most of the closing panels are done around the nose and fitted along with small brackets for running the brake lines and the electrics through.

We have nearly every nut and bolt needed to build the car complete.

This whole package would take you almost two years to get together.

The monocoque itself comes usually as a complete road car where half the stuff you don’t need and pay for, also your looking at a 6month plus lead time for it to arrive at the minimum.

The gearbox is almost over a year lead time from when you place an order and this arrived only a month or so ago!

The wiring loom and also fuel tanks are much the same with possible 3/6 month lead times with pre season being the busiest time of the year for most of these companies. Not to mention having one built at Gelscoe is still nearly a two year wait and a considerable amount more than what we are offering.

This is why we see this as a rare opportunity to buy this type of race car in its final build, which could easily be ready to race and shake down early next year for the coming season.

For the complete package we are looking at £195,000. Or offers in and around. We have spend a small fortune on the car already in all the parts and labour not to mention some of the nicer parts being used as we were only building it for ourselves.

We feel this is very sensible and will offer the builder or customer great value for money against anything else on the market. It would leave the owner with a profit for certain in a highly competitive FIA race car and one that can be built and used right away.

We are currently moving premises and this has been a hard decision to make but in the long run will work out easier for us to be sold now rather than finishing it later on.

The car and it’s entirety can be viewed anytime.

The most authentic GT40 replica available

Acquired in 1976, in the same family for 44 years Clear and documented history Restored in 2017

A range of sizes of dolly boards for moving vehicles around the workshop or pits.