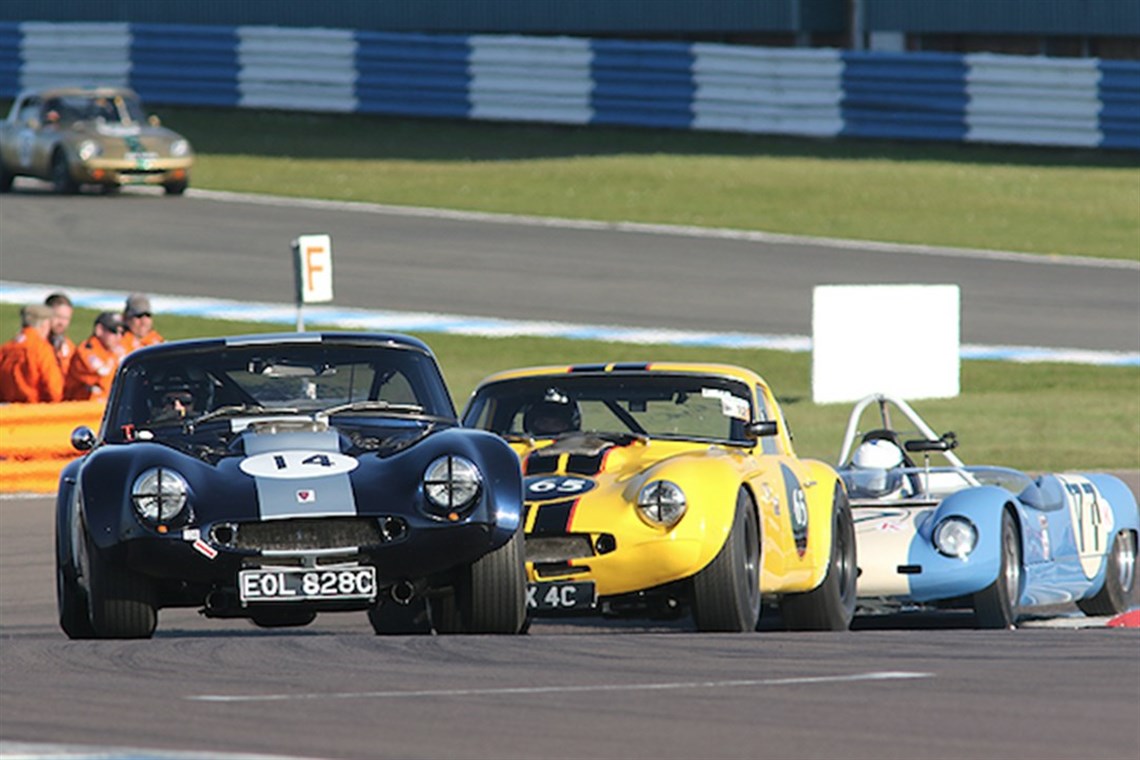 The Historic Sports Car Club’s 2018 race programme will be capped by major summer events on the Brands Hatch and Silverstone Grand Prix circuits.

The Club’s nine-event championship schedule starts in April with an extended two-day meeting at Donington Park and concludes with the two-day Finals Meeting at Silverstone in October. The calendar was revealed to over 260 members and guests during a record attendance at the Club’s annual awards dinner on Saturday (18 November) at Whittlebury Hall.

“Donington Park is a great way to start the season and we’re delighted to have a two-day meeting there in April,” said Chief Executive Officer Grahame White. “We are very pleased to continue to hold race meetings on the other big three UK tracks of Silverstone Grand Prix, Brands Hatch Grand Prix and Oulton Park International.”

In a change from recent seasons, the Silverstone International Trophy meeting and the Cadwell Park Wolds Trophy meetings will swop dates, with the Cadwell Park meeting moving forward to May and the International Trophy moving back to June. A return to the Brands Hatch Indy circuit will feature during a two-day meeting at the Kent track in September.

The provisional HSCC calendar is:

In addition to these dates, the HSCC will be the race organising club for several other major events including the Donington Historic Festival (4-6 May), the Silverstone Classic (20-22 July) and the Walter Hayes Trophy at Silverstone (3/4 November).

For more details about the HSCC, please visit ....

Widely eligible for many of the most prestigious events... Expertly prepared by Dansport.