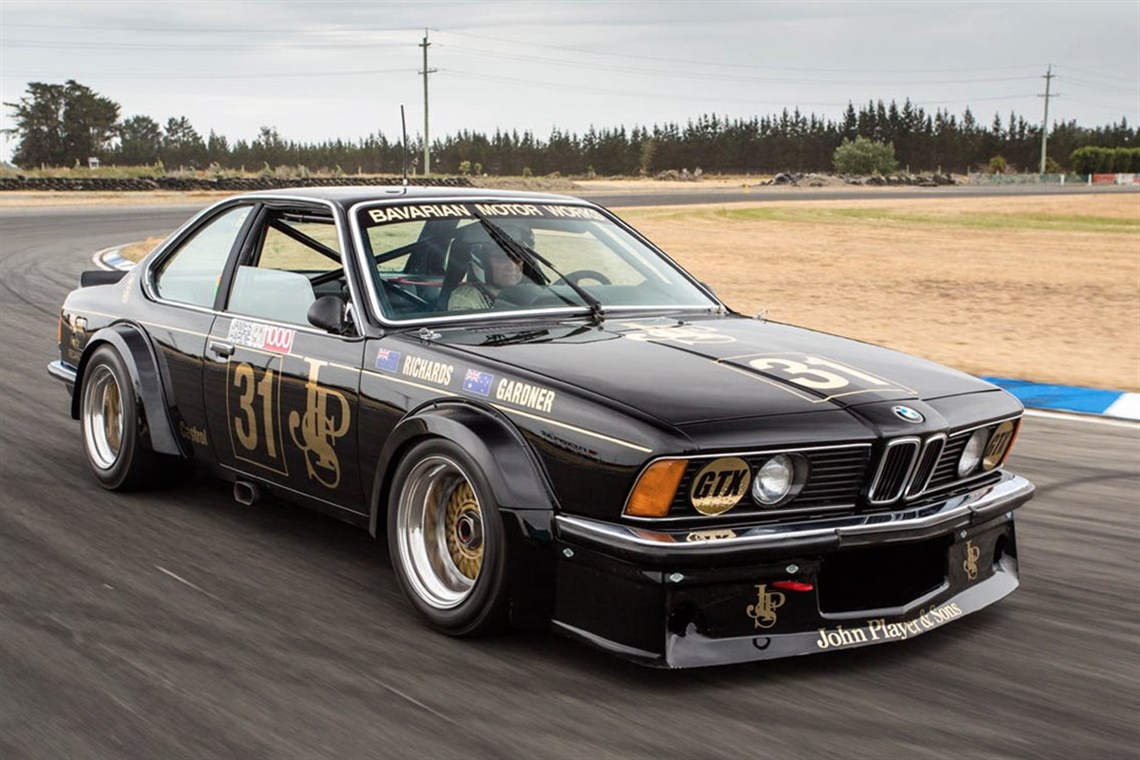 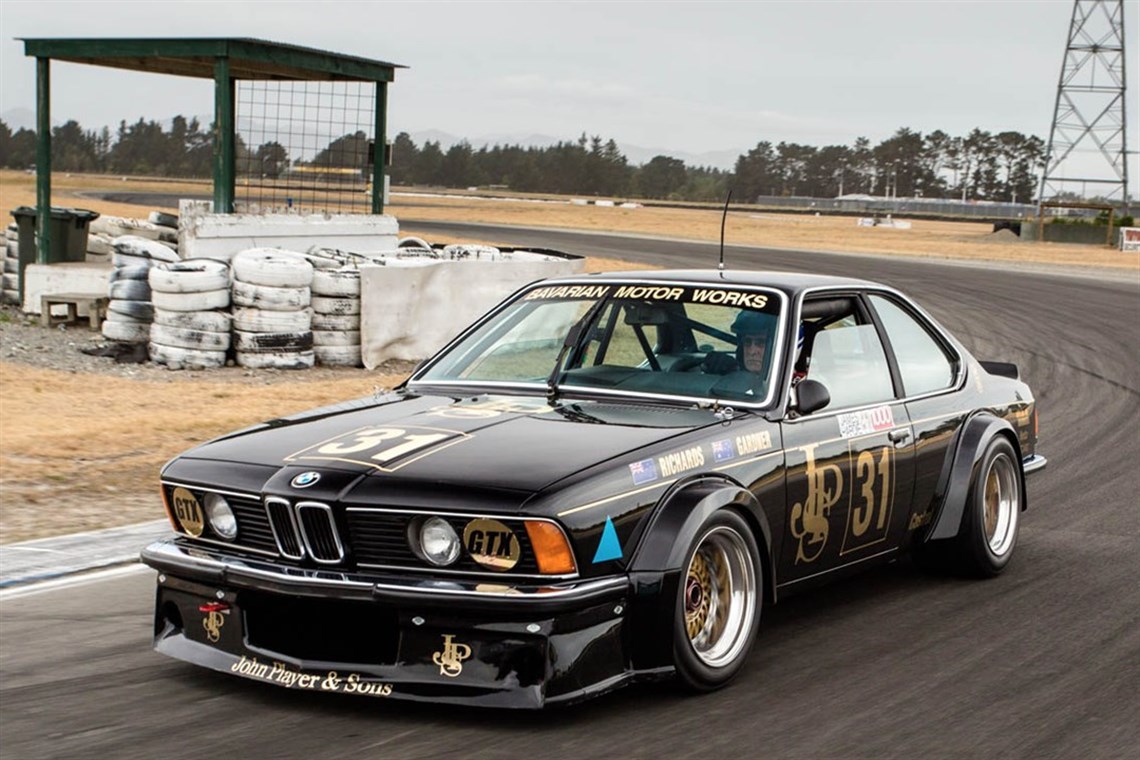 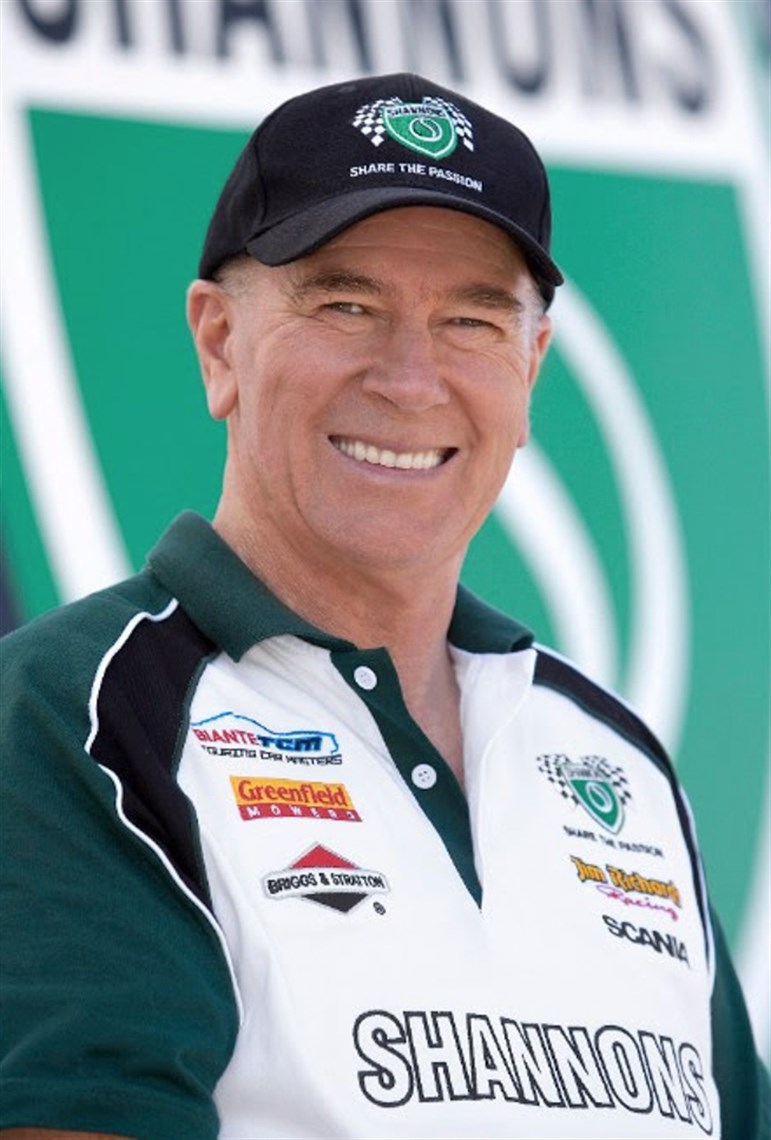 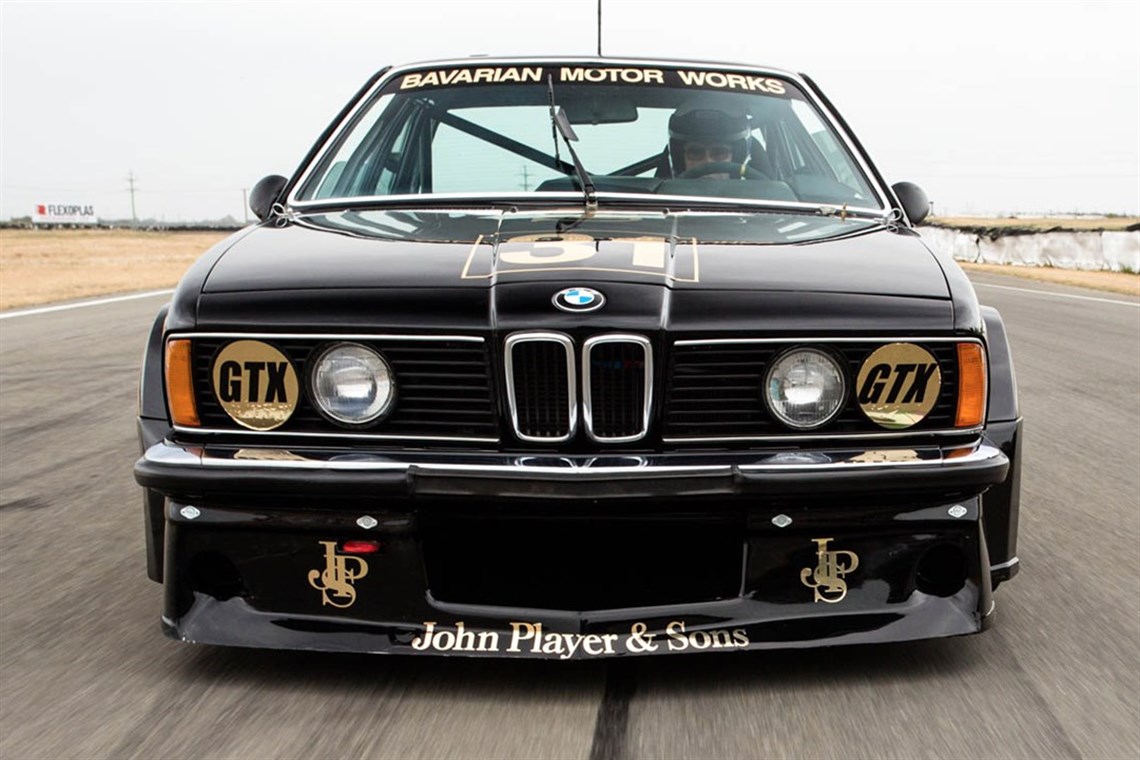 One of the most exciting and evocative racing touring cars from yesteryear will be making its European debut at this summer’s Silverstone Classic (28-30 July).

Indeed, the Classic will be the first time that the striking JPS 635 CSi has ever been seen outside its native Australasia. Moreover, the black and gold icon will be piloted by none other than ‘Gentleman’ Jim Richards, its original star driver. As a seven-time winner of the legendary Bathurst 1000 race and multiple Australian touring car titles under his belt, Richards needs little introduction to motor sport aficionados and his presence at the Classic will be special.

Richards and the stunning BMW 635 CSi first joined forces in 1983 racing for the renowned Frank Gardner Racing team. Back then, Australia had its own Group C touring car regulations permitting more freedom than the more widely adopted Group A rulebook.

Although the ‘Black Beauty’ won the hearts of many fans, at first success was limited against an opposition armed with more powerful V8 propelled Fords and Holdens.

However, when Australia finally adopted the international Group A formula in 1985, the combination proved utterly unstoppable – Richards winning seven of the ten rounds and, with them, the inaugural Australian Touring Car Championship title. In a golden year for JPS Team BMW, Richards also went undefeated in the AMSCAR Series and then added the Australian Endurance Championship crown by winning five out of six races.

The illustrious BMW was still in this less tuned Group A specification when acquired by its current owner, New Zealand collector Peter Sturgeon. However, Richards and Pip Baker, who had worked with Frank Gardner back in the day, convinced Sturgeon to put the 635 back into its more dramatic Group C guise.

“Pip adopted the project and it took him almost 18 months to complete. It was worth all the effort, though, as the final result is utterly amazing,” enthused Sturgeon who is now flying the car half way round the world to be at the Silverstone Classic.

“The sound of the straight six, twin-cam engine revving at more than 8000rpm is something all petrol heads should hear,” he continued. “In Group C form, this is the one and only 24-valve engined BMW 635 ever raced and to have Jim back driving it is very, very special.”

More than 30 years on, Richards is every bit as excited to be back behind the wheel of such a magnificent and important machine.

“It’s a beautiful car,” he enthused. “I’m so glad we persuaded Peter to put it back in what we called Group C specification, as those rules were a bit more liberal than Group A, more widely used at the time. It now looks absolutely stunning with its big arches and a 24-valve motor which revs to around 8,400rpm and sounds glorious even with a muffler.

“I’ve been invited to Goodwood a couple of times but have never been to the Silverstone Classic before. I’m told it’s another of the great events, so I’m really looking forward to it.”

Richards and the utterly unique BMW 635 CSi from Down Under will be competing on both Saturday and Sunday afternoons at the Classic in the two spectacular JET Super Touring Car Trophy showdowns which will feature two stellar grids racing simultaneously.

The more modern Super Tourers from the nineties will line up in front and take the first rolling start. Then, 30 seconds later, a combined grid of Group 1, Group A and now Group C racers will flash across the line, thus providing spectators with two spectacular showdowns running in parallel on the full Silverstone Grand Prix circuit.

Lining-up in the second of these packed grids, Richards will find himself up against a phalanx of flame spitting Ford Sierra RS500s in what promises to be a pair of memorable encounters. They are not to be missed.

All those wanting to meet Richards and see – and hear – the extraordinary   JPS liveried BMW 635 CSi in action must buy their tickets in advance. Adult admission to the world’s biggest historic motor racing festival, starts at £43 and weekend camping and hospitality upgrades are available.

All tickets give access to both racing paddocks, trackside grandstand seating, live music concerts on both Friday and Saturday evenings, vintage funfair rides, air shows, car club displays as well as a host of other family-friendly demonstrations, activities and entertainment.

Full ticket details and all the latest news is available on the official website, use the lnik below.

Chassis #4 from the one-make Series Elite Championship, eligible for competition use.