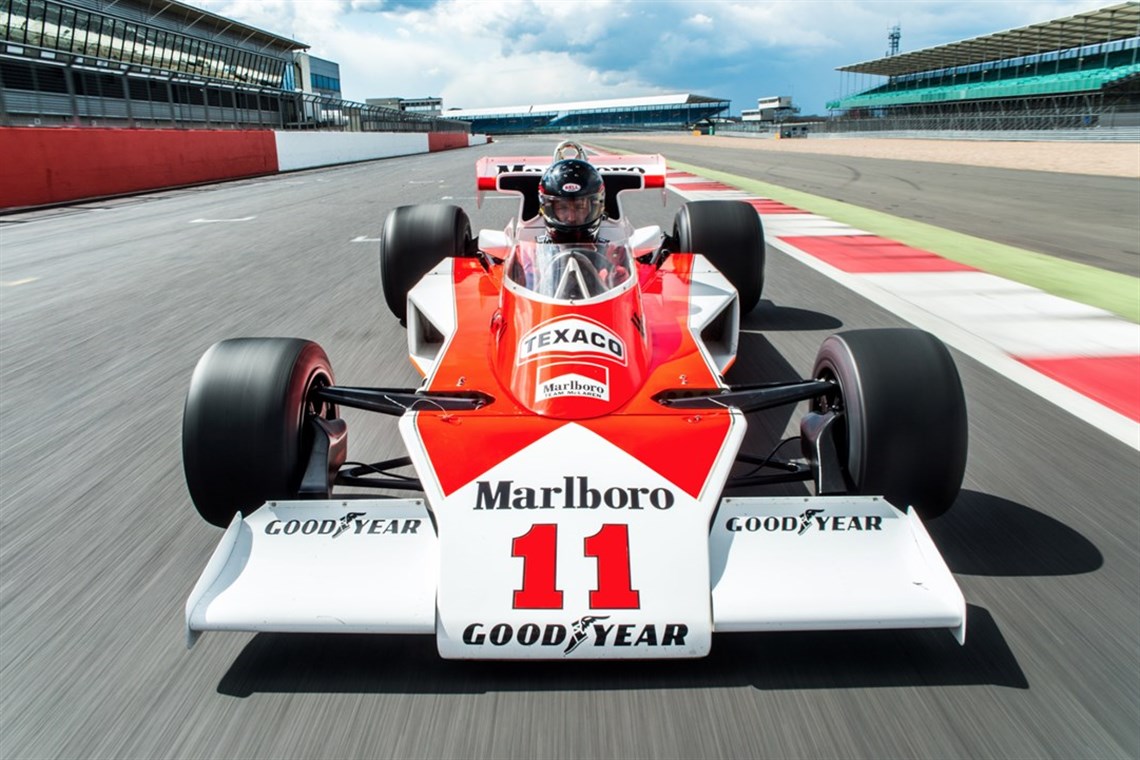 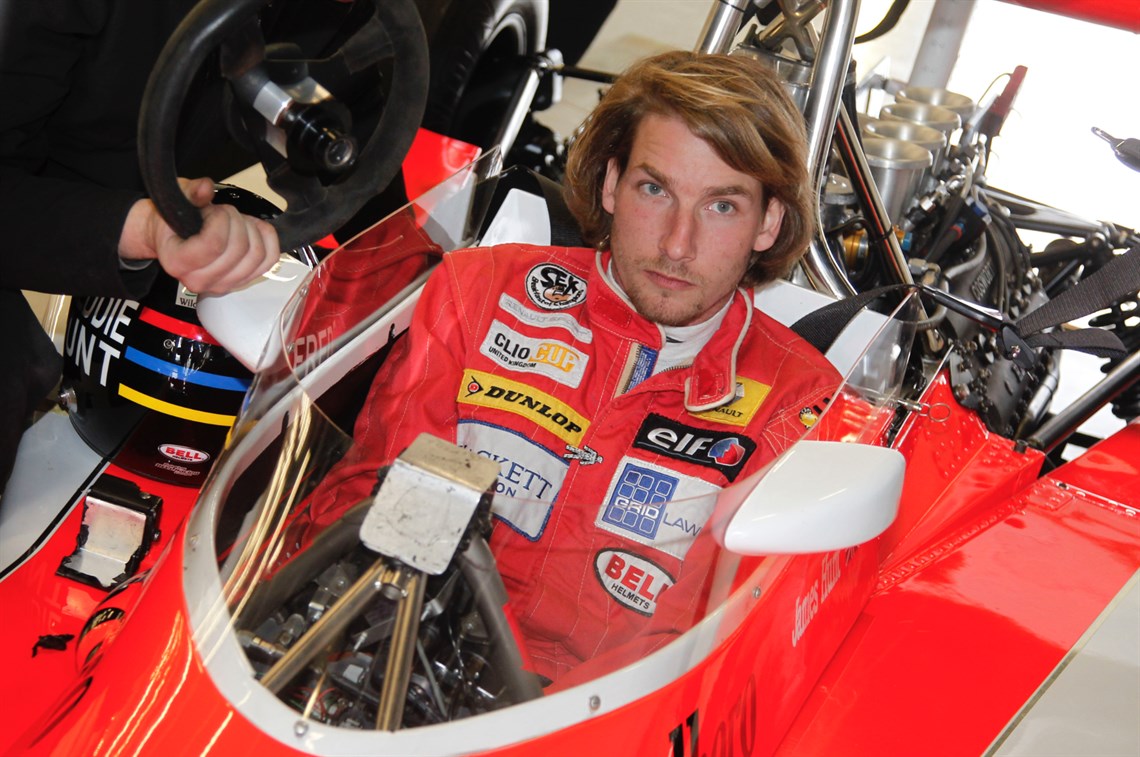 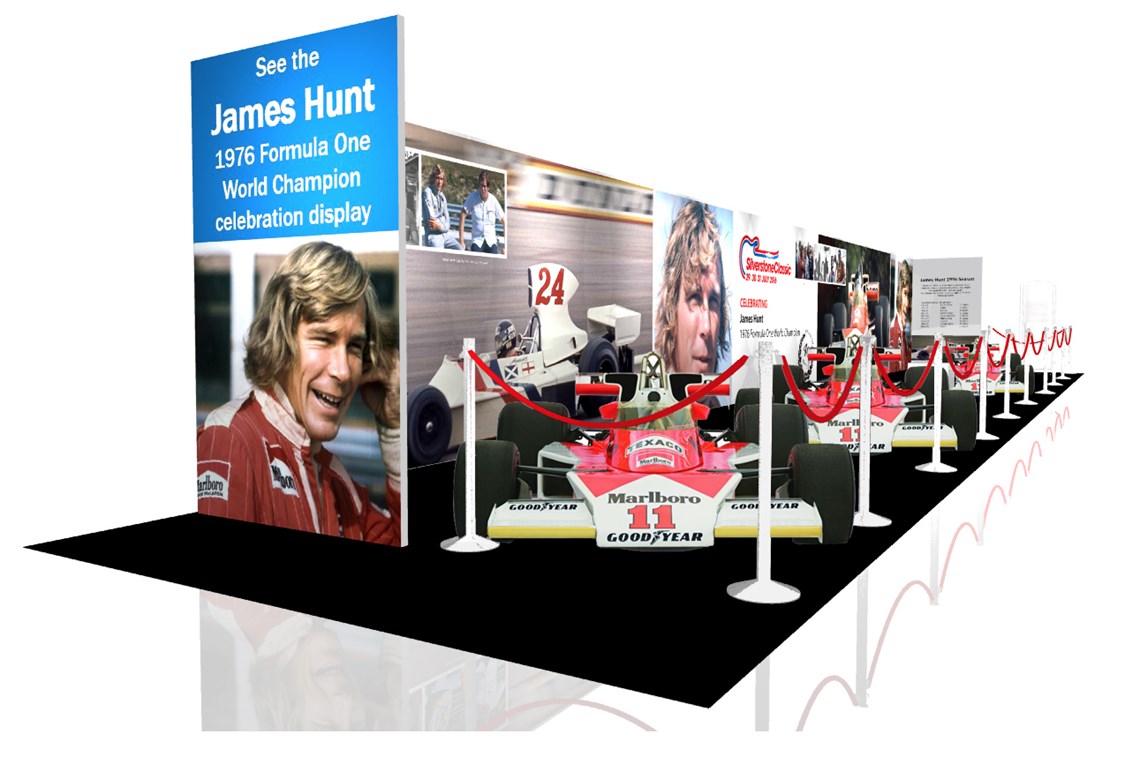 The 40th anniversary of swashbuckling James Hunt’s world championship-winning season will be celebrated in fantastic style later this month at the Silverstone Classic (29-31 July).

Hunt’s short but epic life – the charismatic Englishman died of a heart attack in 1993 aged just 45 – will be hailed with a very special public display of cars and memorabilia from his title-winning 1976 campaign curated by his two sons Tom and Freddie, both of whom will be at Silverstone throughout the spectacular three-day event.

“It was a no-brainer to choose the Silverstone Classic to celebrate my father’s landmark anniversary,” enthused Freddie. “It’s the biggest classic racing event in the world and Silverstone, of course, was a very special circuit for him. His antics both on and off the track really caught the imagination of the patriotic home crowds and the superfast nature of Silverstone back in the seventies really seemed to suit his hard-charging driving style. It was where he notched up his first-ever Formula One win – the BRDC International Trophy in 1974 – and where he won the British Grand Prix as World Champion in 1977, starting from pole position and beating Niki Lauda’s Ferrari into second place.

“The Silverstone Classic was also the first race meeting I ever went to after my father died, so it’s quite special for me and I’ve been coming back regularly ever since. There are so many different types of cars – it’s really great for any enthusiast. I would say it’s the number one event of the year and thus the perfect place to be paying tribute to my father.”

As a curtain-raiser to the eagerly-anticipated 40th anniversary celebrations at the Classic, Freddie recently had the honour of driving his dad’s title-winning McLaren M23 at Silverstone for a television feature to be aired as part of Channel 4’s coverage of this weekend’s British Grand Prix.

“It was pretty emotional for me, and I had a lump in my throat just sitting behind the wheel in the pits,” admitted the 29-year-old, who bears more than a striking likeness to his father. “I’ve always wanted to drive that car on a circuit, so it was a great experience.”

That evocative McLaren M23 which Hunt used to win both the French and German Grands Prix in 1976 (and which starred in the film Rush) will be on show in Pit Box 16 within the International Paddock throughout the Classic, together with a collection of significant cars from Hunt’s heroic F1 career. It will line up alongside the Surtees TS9B in which he made his F1 debut in 1973 and the McLaren M26 in which he won the 1977 British Grand Prix at Silverstone, but only after a monumental dice with John Watson’s red Brabham-Alfa.

As well as putting the spotlight on Hunt’s most notable road and racing cars, the tribute collection will also feature rarely seen trophies and memorabilia from the historic 1976 season.

Adding yet further to the sense of occasion, two of James’s most legendary race cars will be competing in the FIA Masters Historic Formula One Championship, a grid that stars more than 35 evocative DFV-powered F1 cars from the much-loved Hunt era.

James Hagan will be racing the very Hesketh 308/1 which provided Hunt with his maiden F1 victory in the non-championship BRDC International Trophy at Silverstone in 1974, as well as his first three GP podiums later that season.

The same Masters grid will also see Rick Carlino racing the following year’s Hesketh 308B – the car in which Hunt claimed his first-ever Grand Prix victory at Zandvoort in Holland in 1975.

“It’s a tremendous privilege to have the Hunt family so involved in this year’s Classic, exactly 40 years after James famously overcame all the odds to lift the title in 1976,” said Nick Wigley, CEO of event organiser Goose Live Events. “Silverstone is the perfect place to honour this historic milestone and we are delighted that we will celebrating this anniversary in style with what’s going to be a fitting showcase of Hunt cars and personal memorabilia including his title winning trophies, race suit and helmet plus the original steering wheel from the M23 he raced in the dramatic season finale in Japan. To have James’ two race winning Heskeths still racing is just the icing on the cake.”

Fans not wanting to miss these special James Hunt celebrations must buy their tickets in advance. Adult prices start from £42 and full details of all tickets – as well as hospitality packages and weekend festival camping – can be found on the event website at: www.silverstoneclassic.com. Adding to the festival’s immense appeal, tickets include free entrance to both racing paddocks and pit complexes, trackside grandstands and live music concerts on Friday and Saturday evenings.

Finished in Camberwick Green with a Vivid Red leather interior.