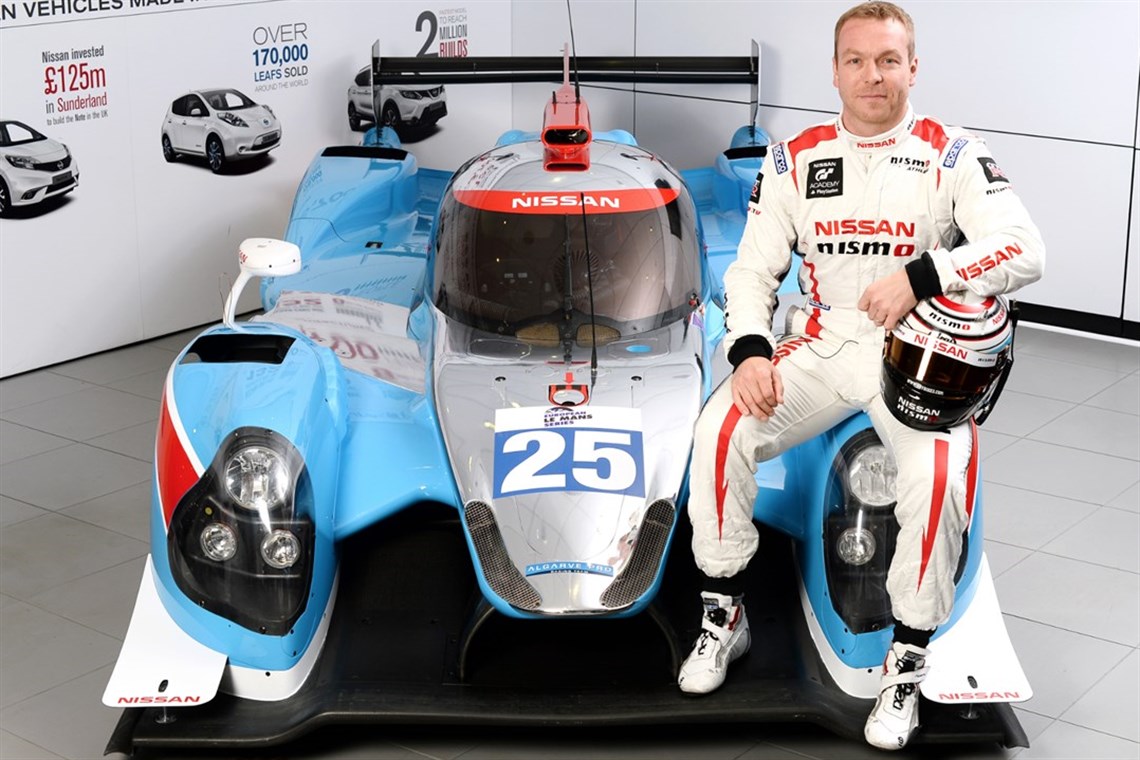 The eleven-time world champion and most decorated Olympic cyclist of all time will become the first-ever Summer Olympic Medallist to compete in the classic French endurance race.

“In motorsports terms, it’s everything. The 24 Hours of Le Mans is the pinnacle for me. It’s what I’ve been working for over the past three years,” Hoy said.

“To get the news that I have the seat for Le Mans is amazing. I still can’t quite believe it.

“It’s exciting but there are a lot of steps to take between now and then so I’m trying to focus on the short-term. I’m also incredibly excited that I’m going to be starting on the same grid as all these legendary drivers.”

After becoming the most successful British Olympian ever in 2012 in London, Hoy retired from cycling the following year and began to focus on his “hobby” behind the wheel.

Linking its role as a Team GB Olympic sponsor, Nissan first entered Hoy in the British GT Championship in 2014 in a Nissan GT-R NISMO GT3. It has put him through its intensive driver development program created to turn graduates from the successful GT Academy “gamer to racer” programme into professional drivers.

Hoy scored a podium in his debut season and graduated to the European Le Mans Series last year in the new Nissan-powered LM P3 prototype class.

Hoy scored victories in three of the first four races with Team LNT in a Nissan-powered Ginetta with co-driver Charlie Robertson to clinch the LM P3 driver’s title.

This year Hoy will drive with Algarve Pro Racing on board a Nissan-powered Ligier JS P2 chassis at Le Mans and at the opening two rounds of the European Le Mans Series. He will be teamed with Renault-Nissan Alliance athlete, Frenchman, Andrea Pizzitola and 2015-16 Asian Le Mans Series runner-up, Brit Michael Munemann.

“The time from my racing debut to getting a Le Mans drive has been short but many GT Academy athletes have done the journey even quicker. It’s incredible what can be achieved with the right support and the right people around you,” Hoy said.

“I’ve been very lucky to have that. I’ve had some great driver coaching, some great advice from the drivers themselves and I’ve had access to the simulator. All the same support the GT Academy drivers have.

“The biggest thing in my motorsports career is Nissan has continued to provide new challenges for me. Just as I was coming to grips with the GT-R NISMO GT3, I was promoted straight away to the LM P3 prototype.

“It has been a continued series of new challenges. But the LM P2 car I’m going to race at Le Mans is the easiest and most intuitive car I’ve ever driven.”