Mourinho ice cool with a Jaguar 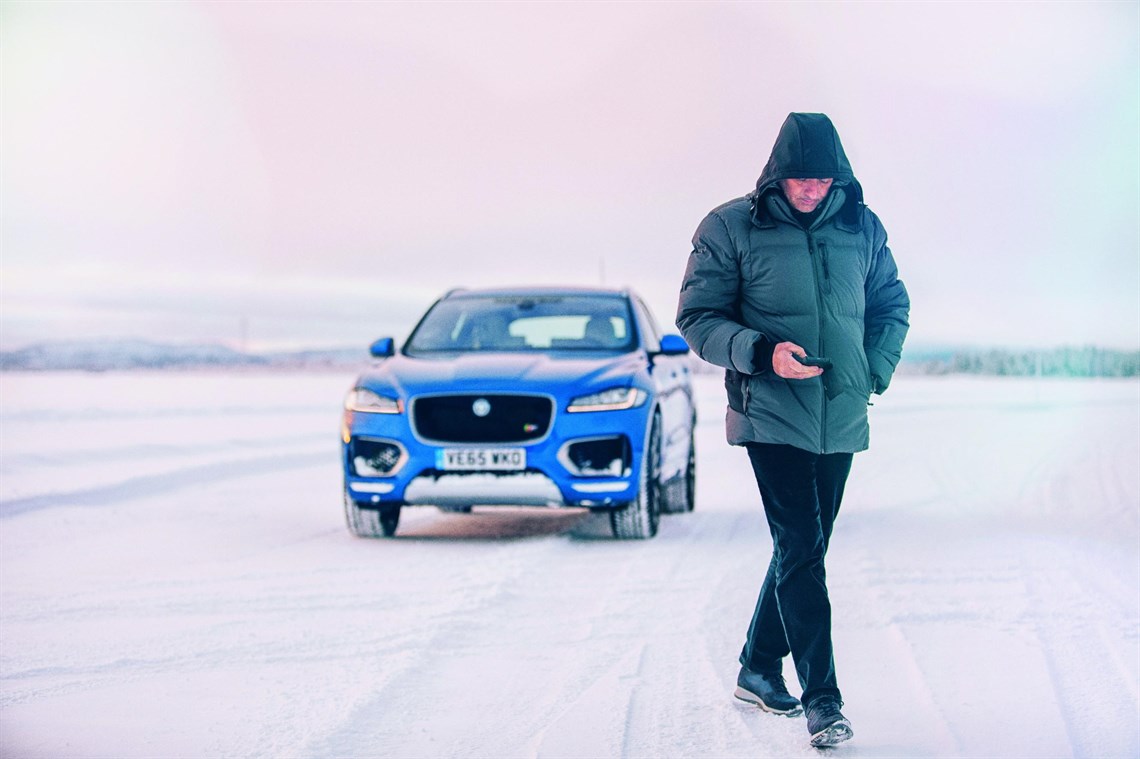 Jose Mourinho has added another string to his bow, while he waits for another big job in soccer.

The sporting icon was testing a high performance Jaguar F-PACE S as part of an extreme driver training experience just 40 miles from the Arctic Circle. In 2017, the Jaguar Ice Drive Experience will be available to customers from all over the world.

Mourinho said: “The experience was magnificent. For people in my world, I think a few days in a place like this is magnificent.”

In temperatures as low as -30°, Mourinho’s driving skills were tested to their extreme limit in the Jaguar F-PACE by Finnish professional driver, Tommi Karrinaho.

Mourinho added: “I am always learning. Even in football, which is an area that obviously I feel that I’m an expert, I’m never perfect and I always learn.

“The flying lap with Tommi sent my adrenaline soaring. It’s something I’ve only ever experienced before when I have walked out in front of 80,000 football fans.”

The 53-year-old Mourinho is experiencing widespread interest about his future, but in the isolation of Jaguar’s extreme testing facility in Sweden, the three-time Premier League-winning manager was philosophical about his next move.

He explained: “I have worked for as long as I can remember as a manager and this is now the second time I have stopped in 16 years.  So it’s not a drama, but for sure I will be back soon.”

Mourinho, who owns a Jaguar F-TYPE Coupé and has already placed an order for the new Jaguar F-PACE, insists he will be staying in England for the foreseeable future.

“This is a moment when my family needed some stability and my wife and I made the decision to stay in London. It's an amazing place to live, an amazing place for them (my children) to study. I don't know where football will take me because in football you never know, but for sure as a family our home will still be in London,” insisted Mourinho.

Suitable for many events and raced at the Le Mans Classic 2018. British racing green.

Comfortable, all-American 40ft, left-hand drive RV, fully equipped and in regular use over the past