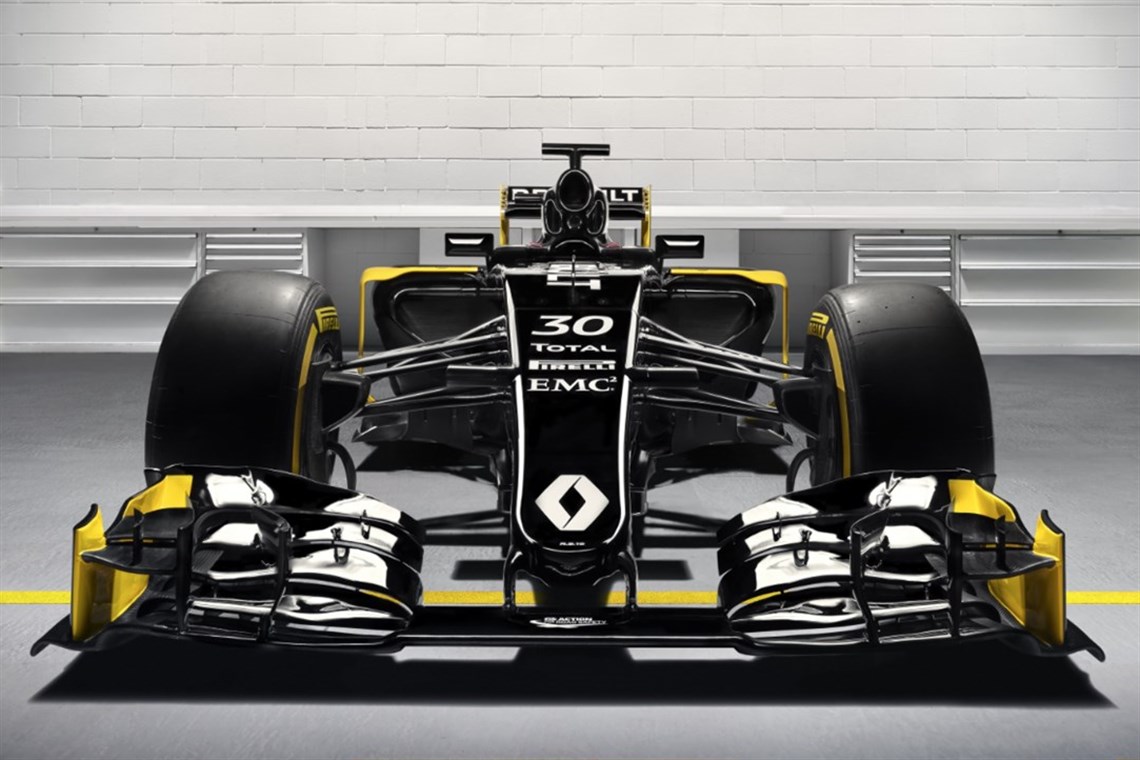 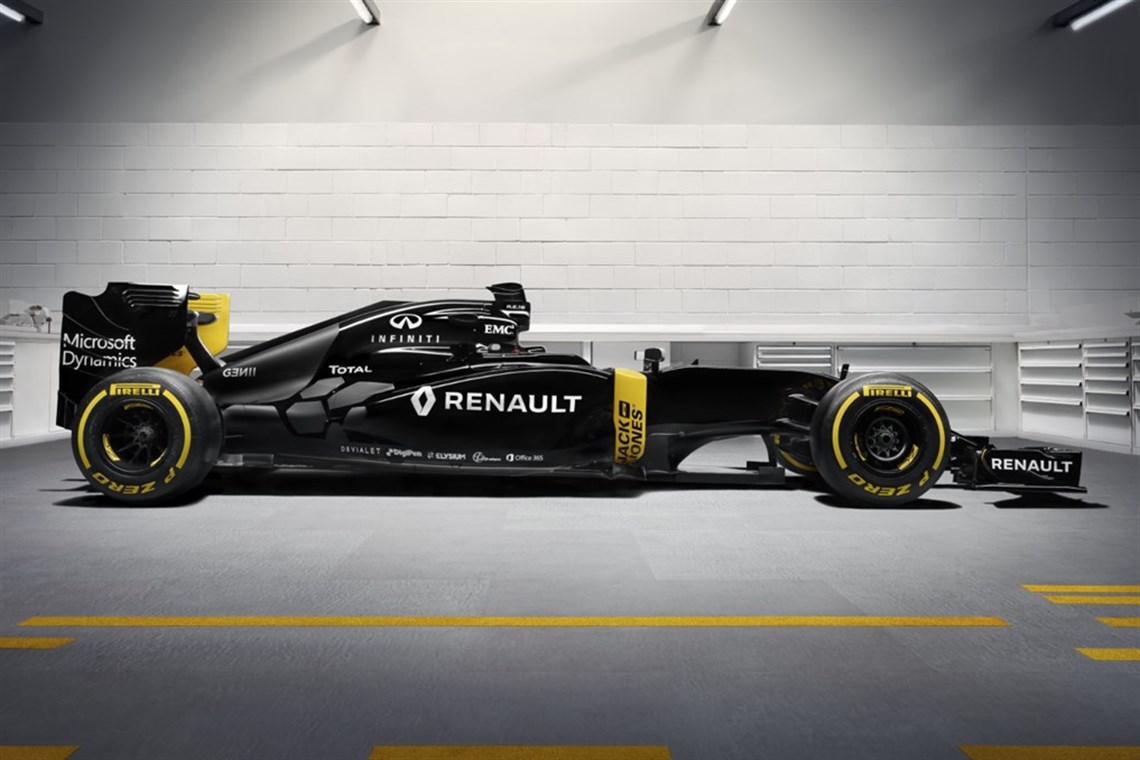 Renault Sport Cars, an evolution of Renault Sport Technologies, will manage the development and commercialisation of the Renault Sport car portfolio. Renault Sport is recognised worldwide for its excellence in hot hatches such as the Mégane R.S. and Clio R.S. as well as efficient and accessible GTs including the new Mégane GT. Renault Sport will develop its international footprint, brand appeal and portfolio growth with increased R&D investment.

Renault will use the new structure for two primary functions. Initially, it aims to promote the Renault Sport brand to a wider audience primarily using the Renault Sport Formula One Team and the global audience of F1. Secondly, it will use Formula E and racing activities such as the Clio Cup to showcase the image and design of other aspects of the Renault range such as electric vehicles.

Renault Sport Racing and Renault Sport Cars will work hand in hand to maximise technical and commercial synergies from track to road. The first demonstration of the relationship will be revealed at the Monaco Grand Prix.

‘Motorsports still spark the imagination of both enthusiasts and everyday drivers, and we are putting a comprehensive program in place today. Formula 1 is a big part of our efforts to boost awareness of Renault, particularly in markets where Renault is a newcomer, and will enhance the transfer of technologies from the track to our road cars.’ said CEO Carlos Ghosn.

To ensure the operational autonomy required to perform in the fast moving racing and high performance environment with the strategic corporate objectives and requirements of Groupe Renault, a supervisory board has been created, which will be chaired by Carlos Ghosn.

Renault Sport Racing will be headed by Jérôme Stoll as President, supported by Cyril Abiteboul as Managing Director. Frédéric Vasseur will report to the latter as Racing Director, responsible for sporting and technical matters. Renault Sport Cars will be headed by Patrice Ratti as Managing Director. Guillaume Boisseau, Groupe Renault Brands Director, will lead the marketing efforts of the group to ensure the alignment and activation of the racing programs with Renault’s marketing strategy.

At the core of the racing activities will be the newly-created Renault Sport Formula One Team. The new F1 challenger consists of the Renault R.S.16 chassis, developed and manufactured in Enstone, whilst the Renault R.E.16 power unit will continue to be developed in Viry-Châtillon.

A number of key appointments have been made in the F1 team to avoid any dilution of the specific requirements of Formula One. Bob Bell is appointed F1 Chief Technical Officer and will manage the efforts of Nick Chester as Chassis Technical Director and Rémi Taffin as Engine Technical Director. Kevin Magnussen and Jolyon Palmer are confirmed as Renault Sport Formula One Team’s race drivers, and will be supported by Esteban Ocon, who joins the team as Third and Reserve Driver.

Renault announced its partner portfolio at the event. Renault-Nissan Alliance partner Infiniti will continue its journey in Formula One alongside Renault and will enhance its involvement through a specific technology program developing the second generation of energy recovery systems (ERS) for the F1 power unit.

The technical collaboration between Total and Renault will continue in 2016.

Renault also announced new partnerships with other prestigious brands, including premium watch supplier, Bell & Ross, revolutionary audio systems inventors, Devialet, clothing company Bestseller as well as continuing relationships with the F1 team’s current partners, including Microsoft and EMC. Renault will continue its working relationship with Gravity Motorsports, an affiliate of the Genii Capital Group, which will retain a minority shareholding in the F1 team. Genii and Gravity worked tirelessly to ensure the team’s survival in extremely difficult circumstances and Renault is pleased to recognize this commitment as Gerard Lopez remains a non-executive director of the team.

Former Renault Sport Technologies customer racing staff will now come under the banner of Renault Sport Racing under the continued management of Jean-Pascal Dauce. The new organisation will allow Renault to connect more efficiently the various categories to which it is currently committed, from rallying with the Clio R3T, rallye raid, and one-make track series including the Clio Cup and Renault Sport R.S.01 Trophy. Renault will also continue its Formula Renault 2.0 single-seater series. For more than 45 years, the series has given eminent drivers and champions the opportunity to start motorsport and reach its highest levels. To date, some 60% of current F1 drivers came through Formula Renault.

Renault’s Formula E activity will also come under Renault Sport Racing. Renault has committed to the championship until at least season 4 with Renault e.dams team. The strategic importance of Formula E for the Renault brand is highlighted through the strength and stability of the management team composed of four-time Formula One World Champion Alain Prost and Jean-Paul Driot. Over the next seasons Renault Sport Racing will develop and supply a full powertrain composed of gearbox and electric motor to the team. Targets are ambitious, with an objective to win both the Drivers’ and Constructors’ title.

The Renault Sport Academy was also officially announced, with the double objective to find emerging talent that can be brought to Formula One and to provide an opportunity for Renault’s markets to take an active role in the construction of tomorrow’s sporting performance through promoting and following their local drivers.

With this announcement, motorsport once more becomes an integral part of Renault’s brand identity and, ultimately, DNA.