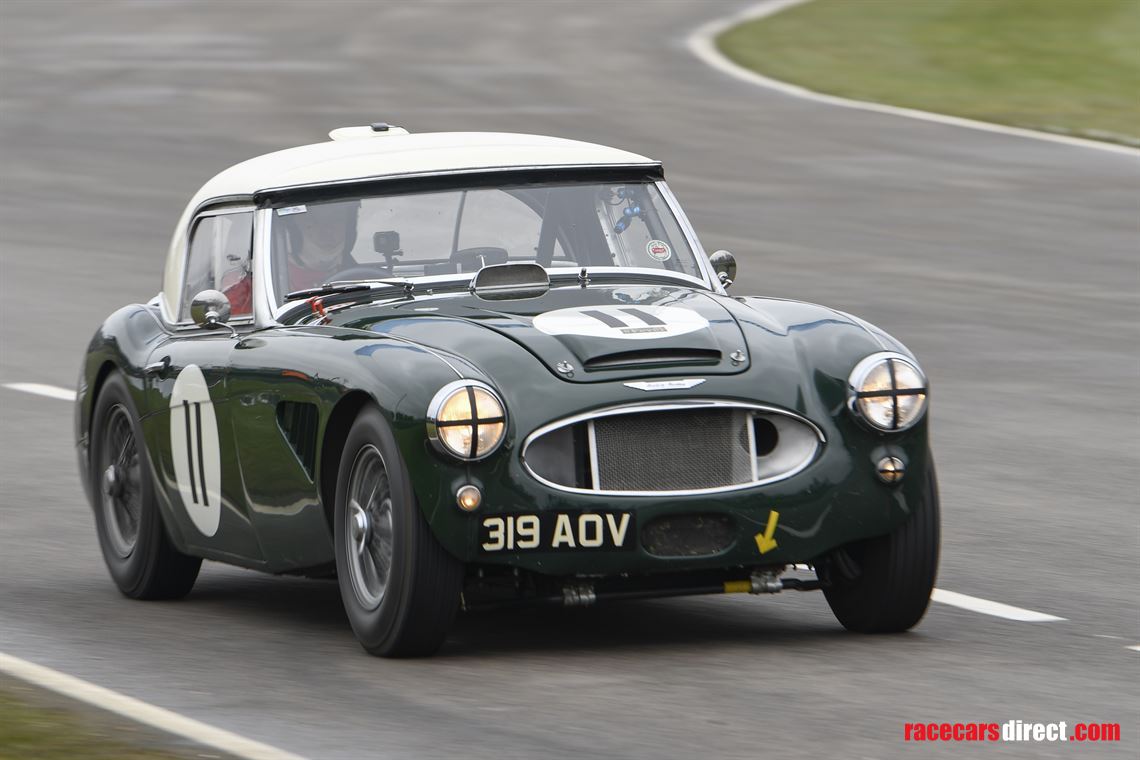 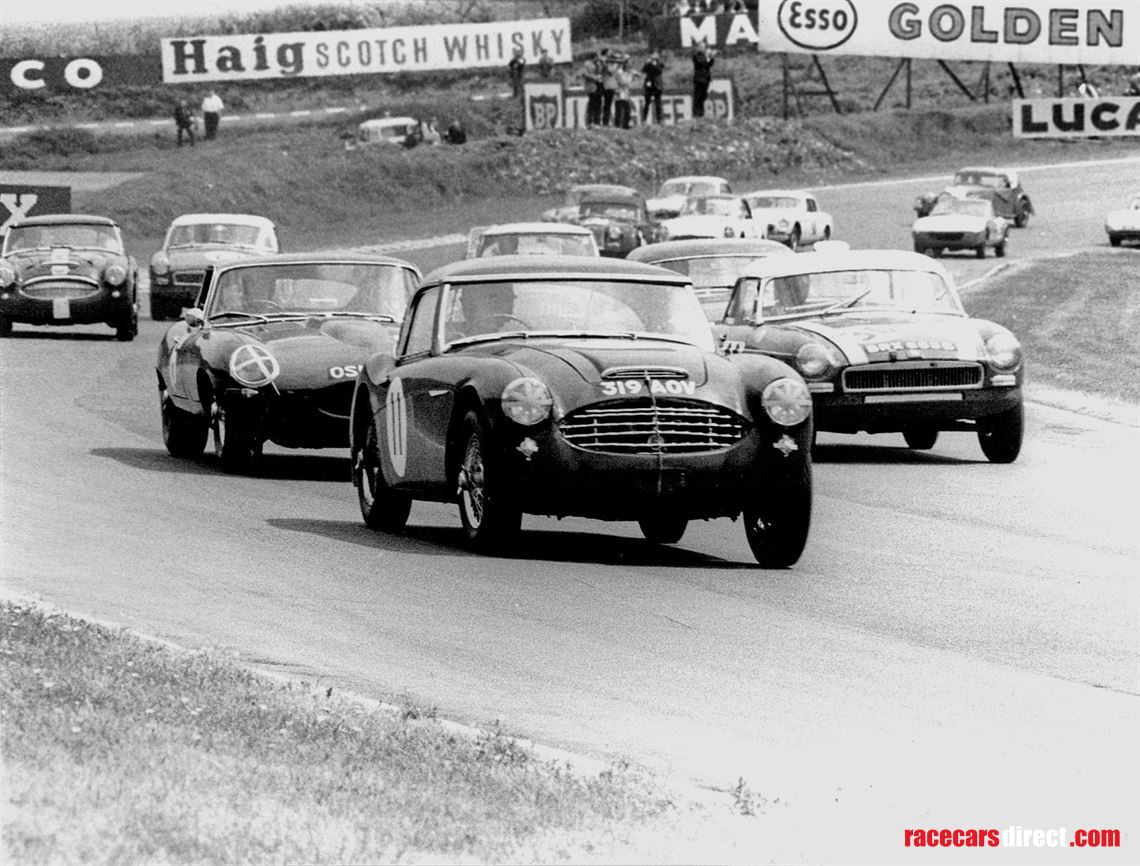 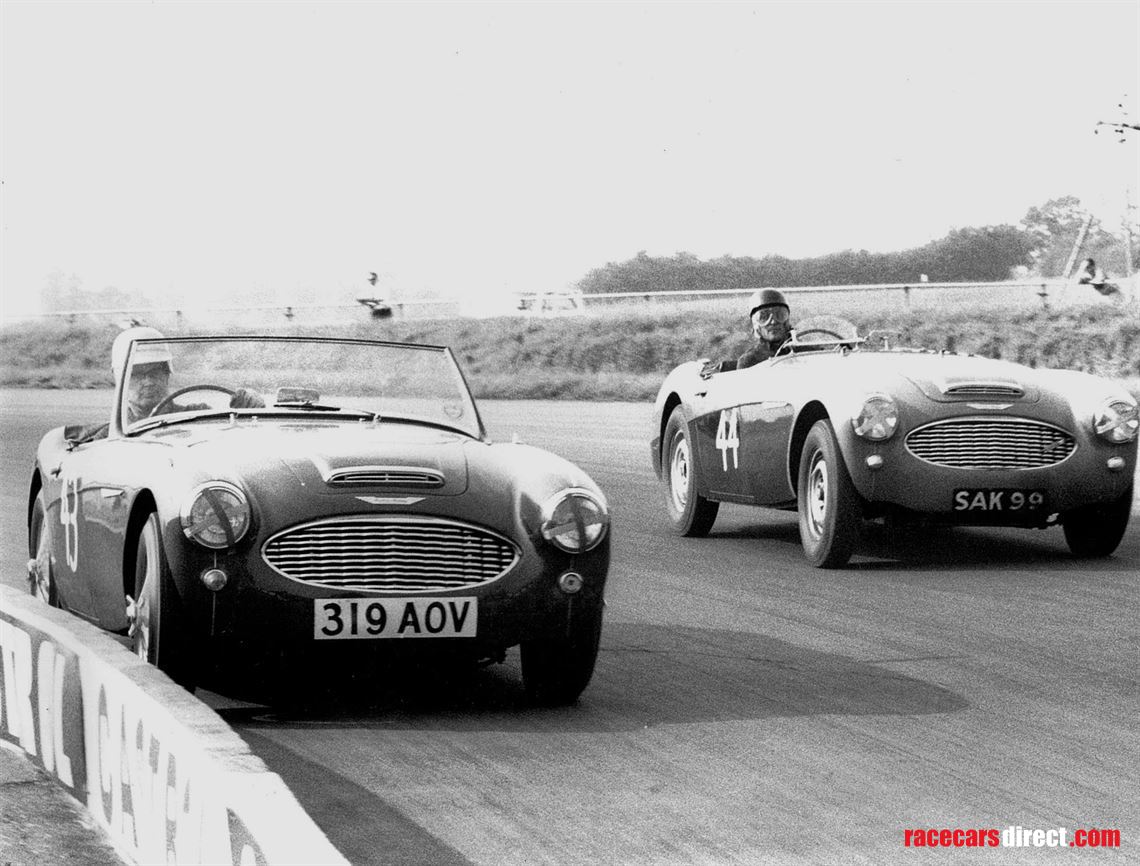 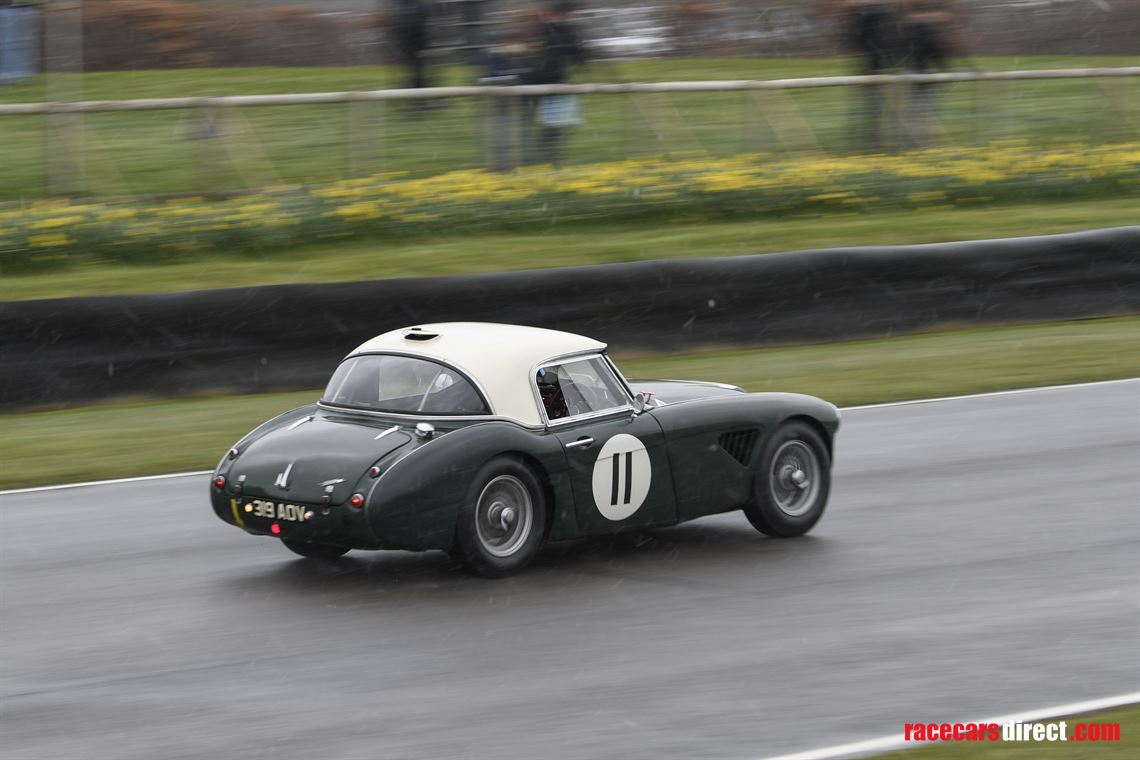 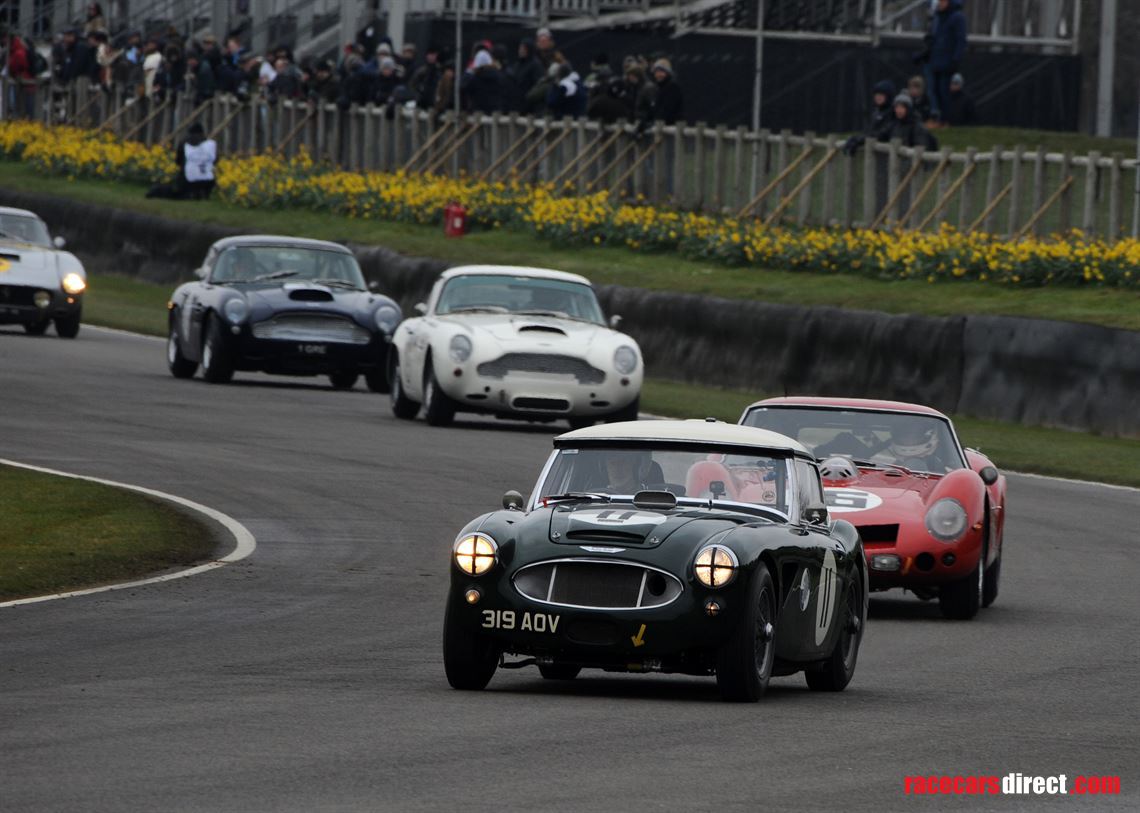 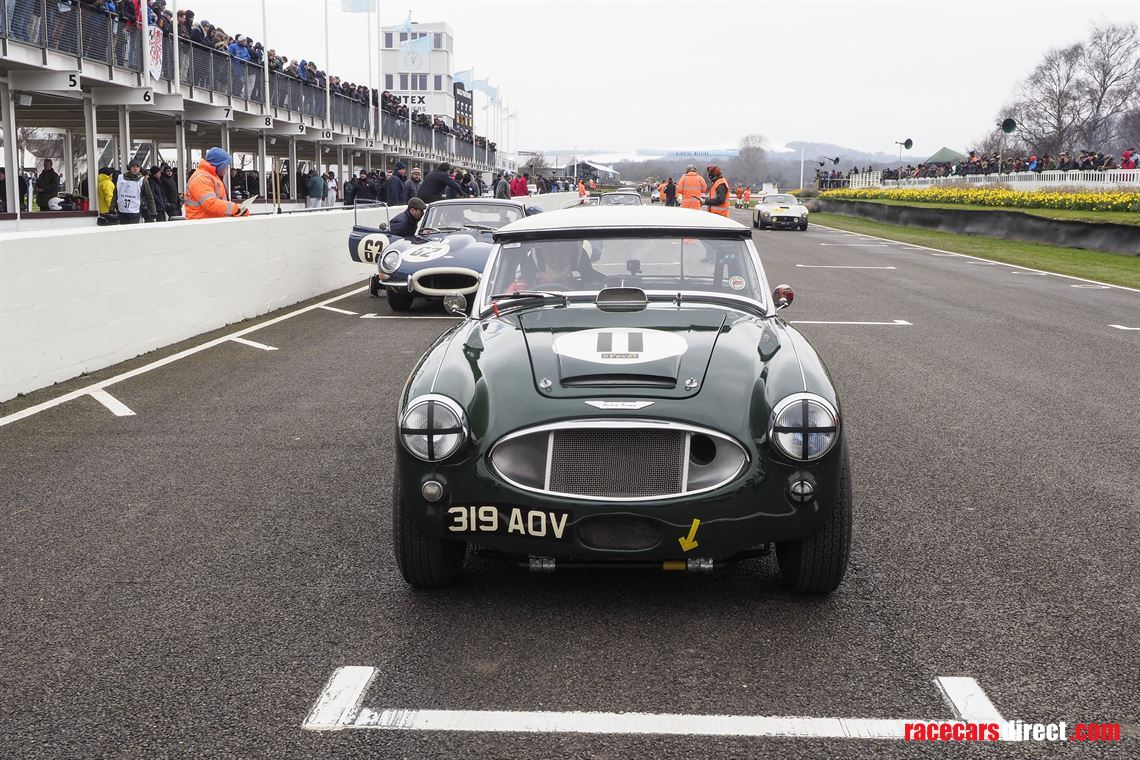 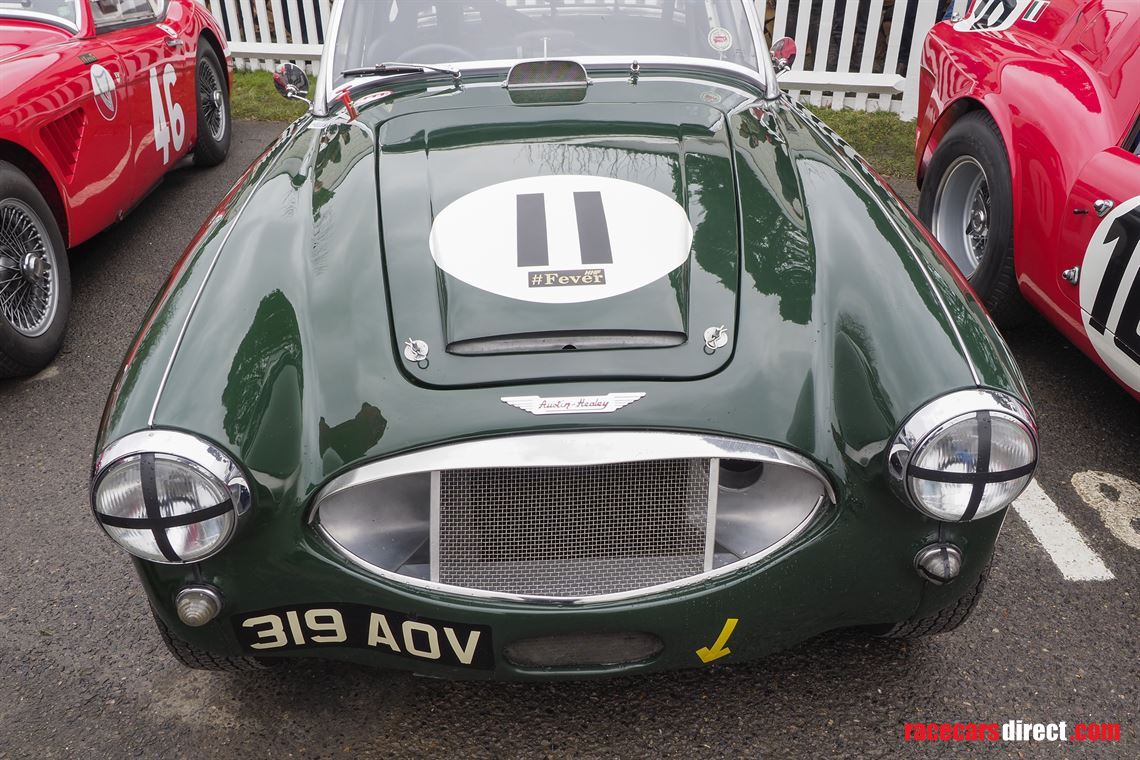 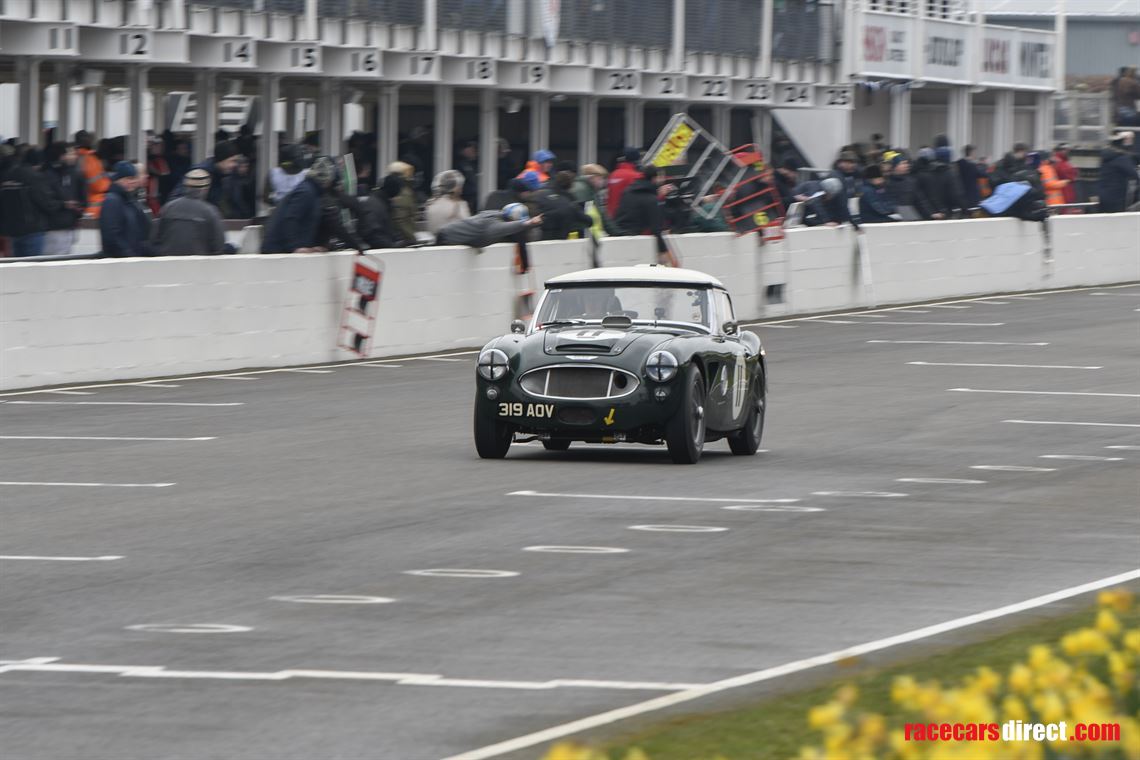 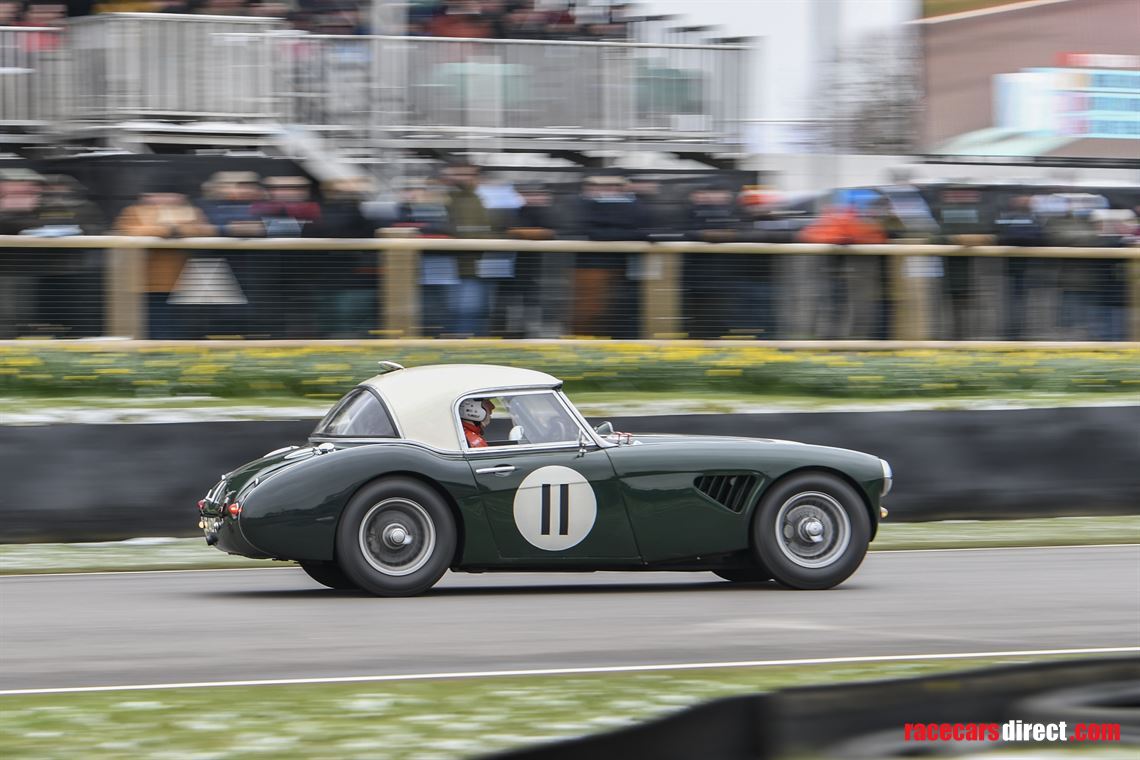 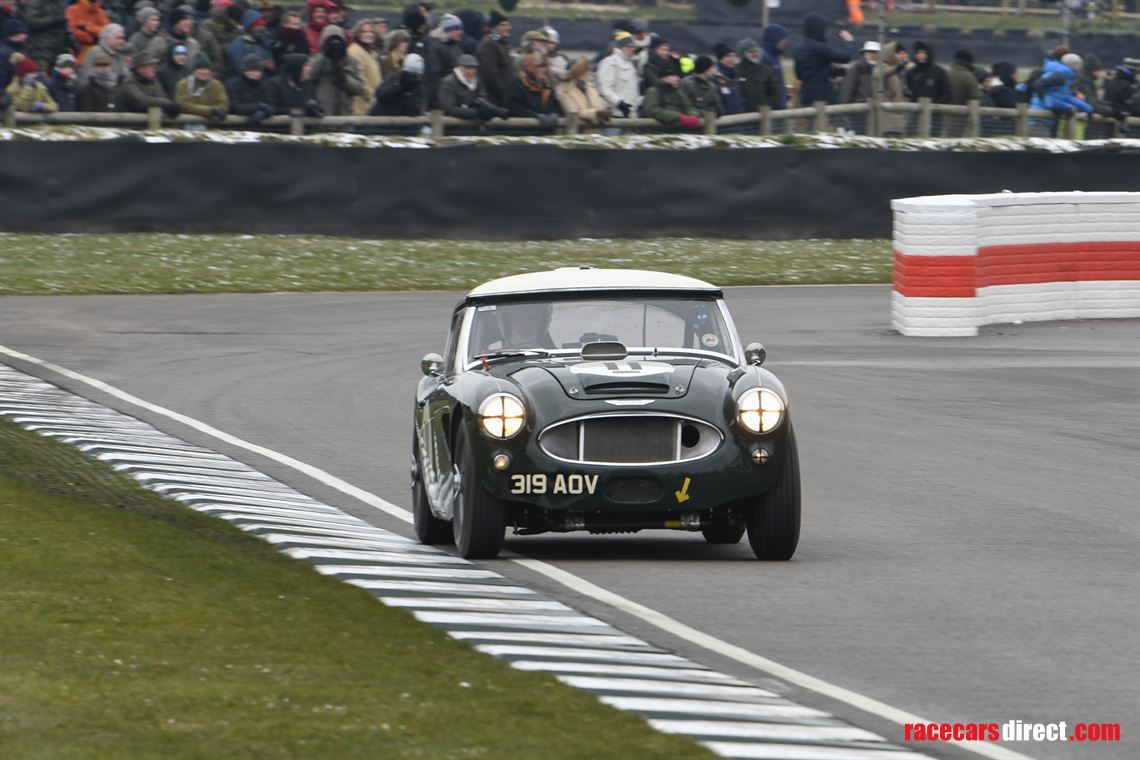 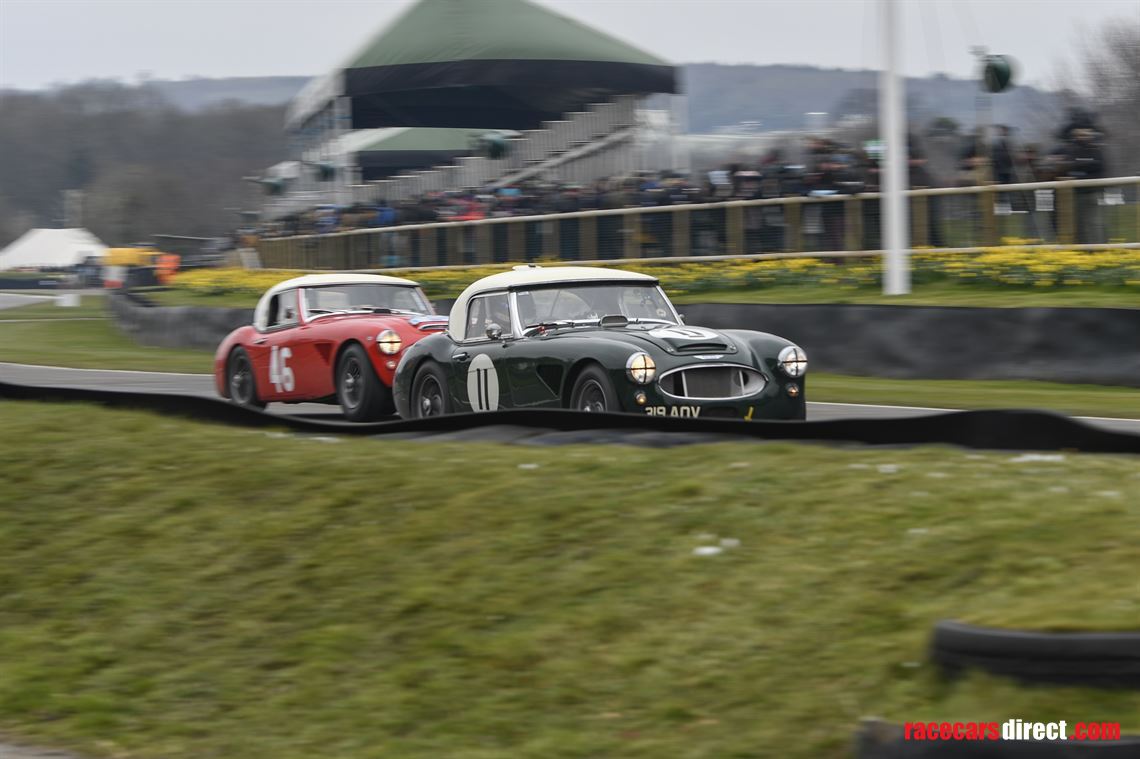 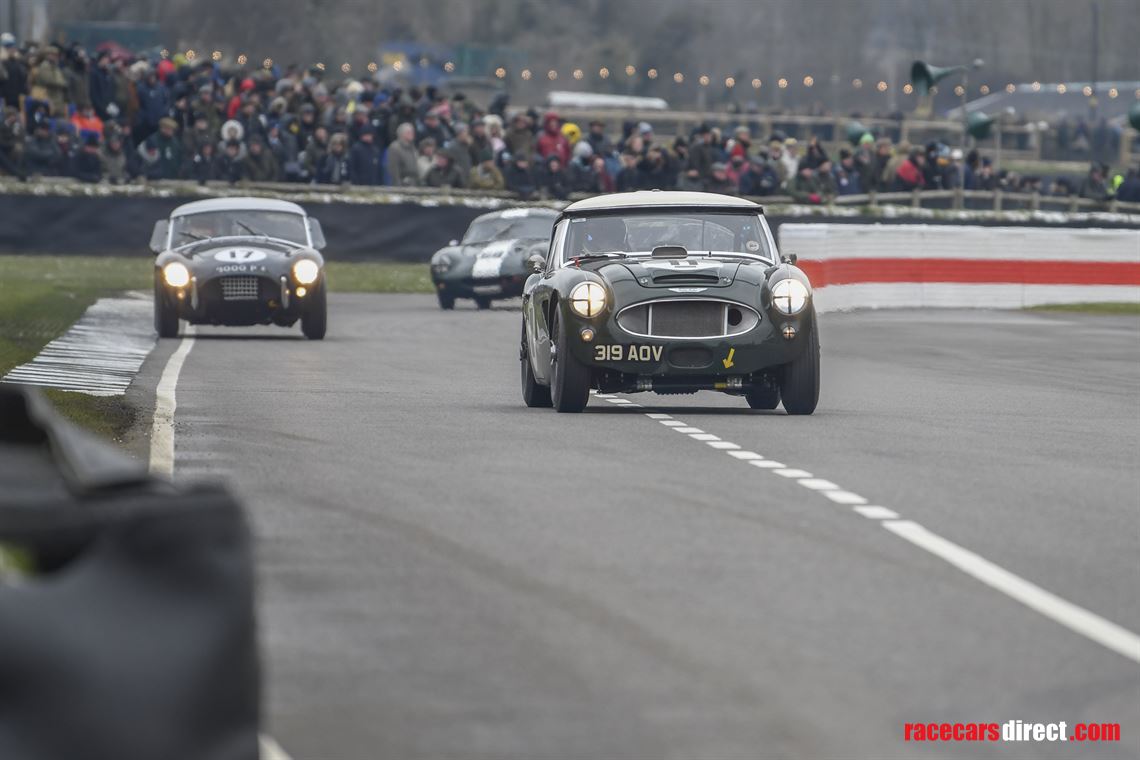 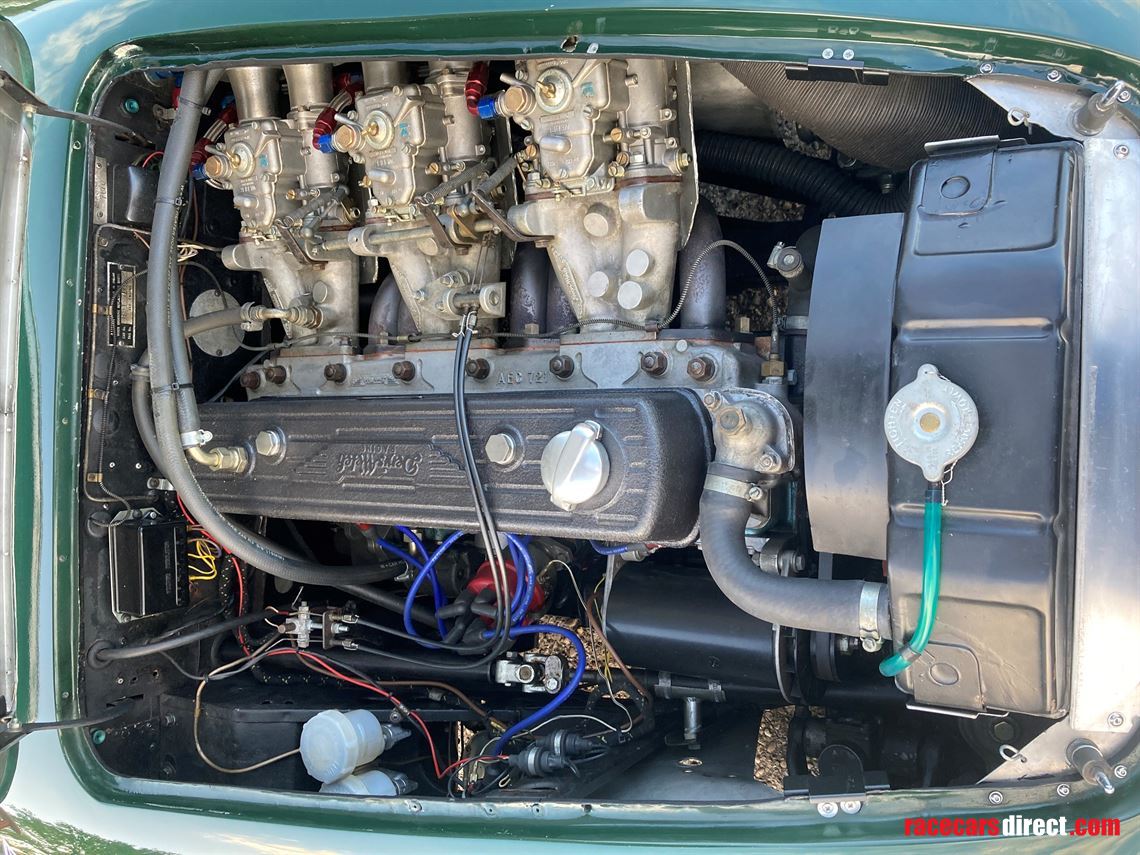 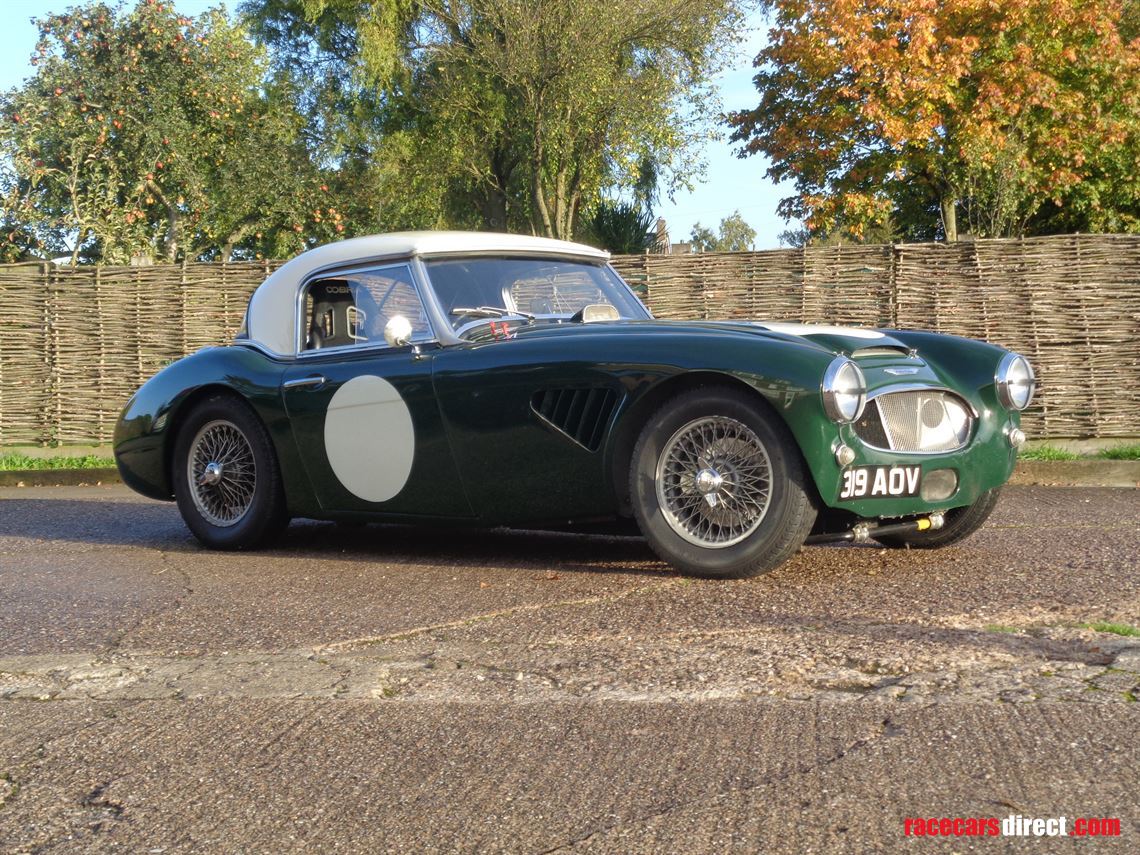 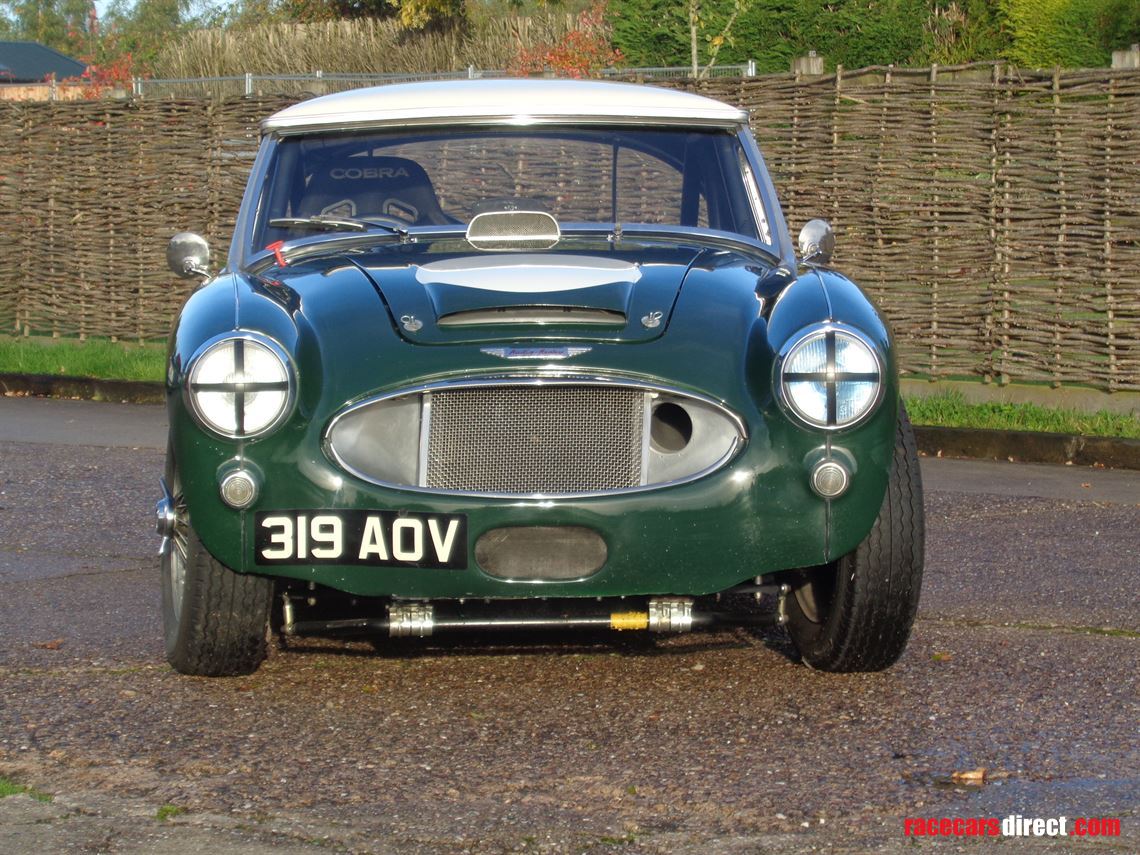 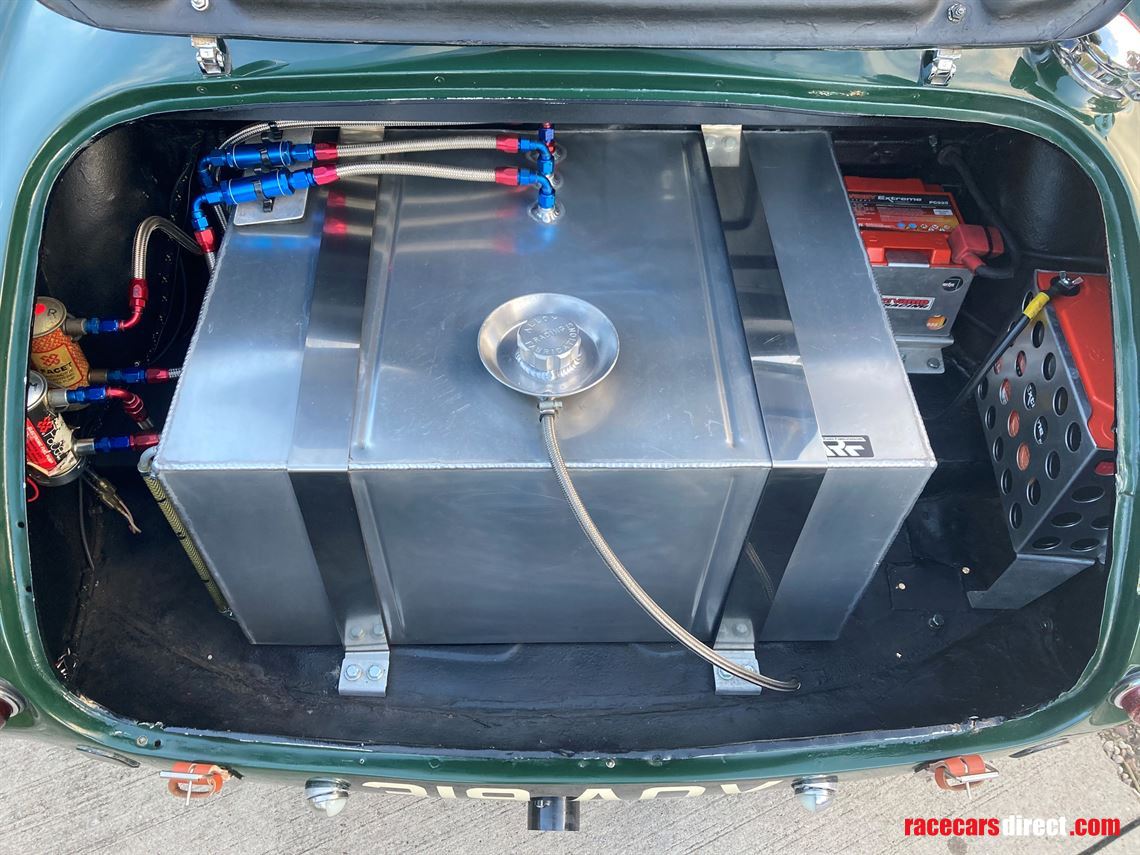 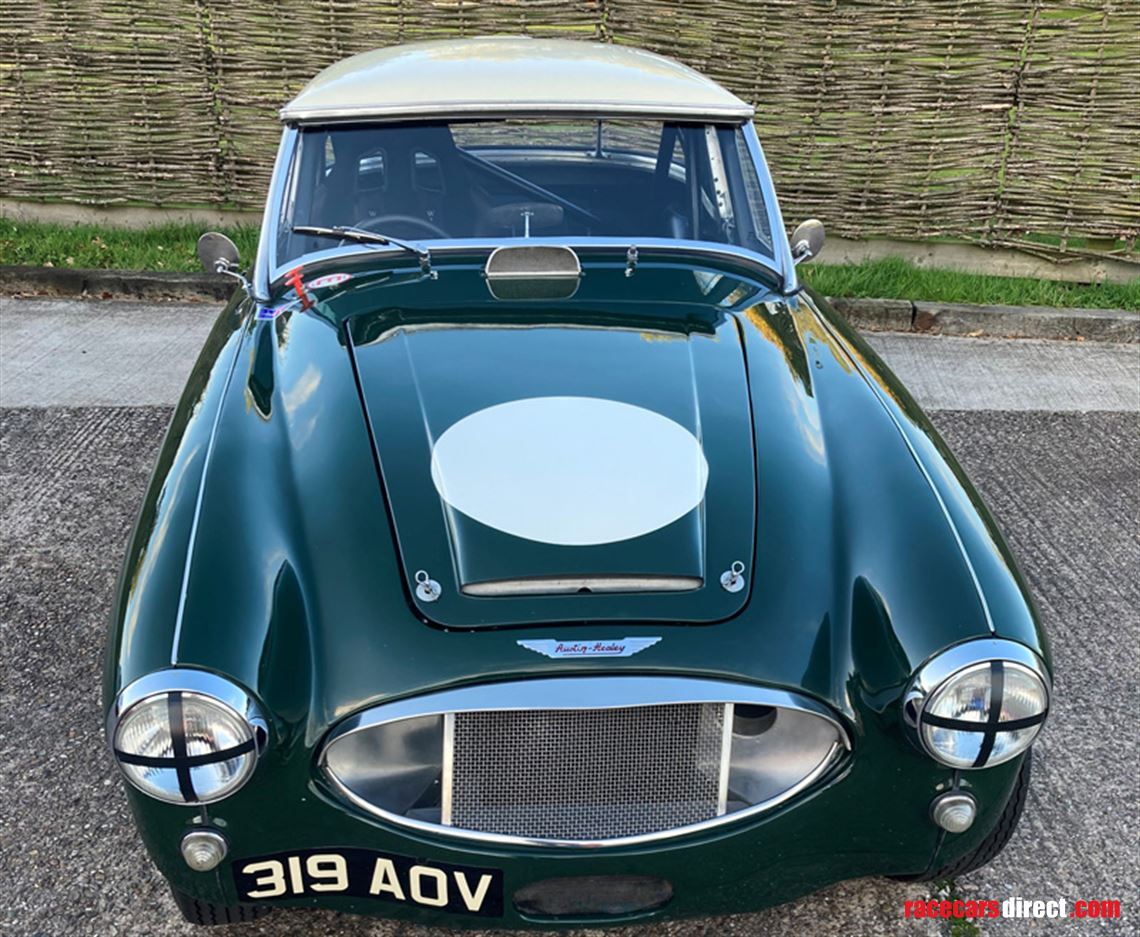 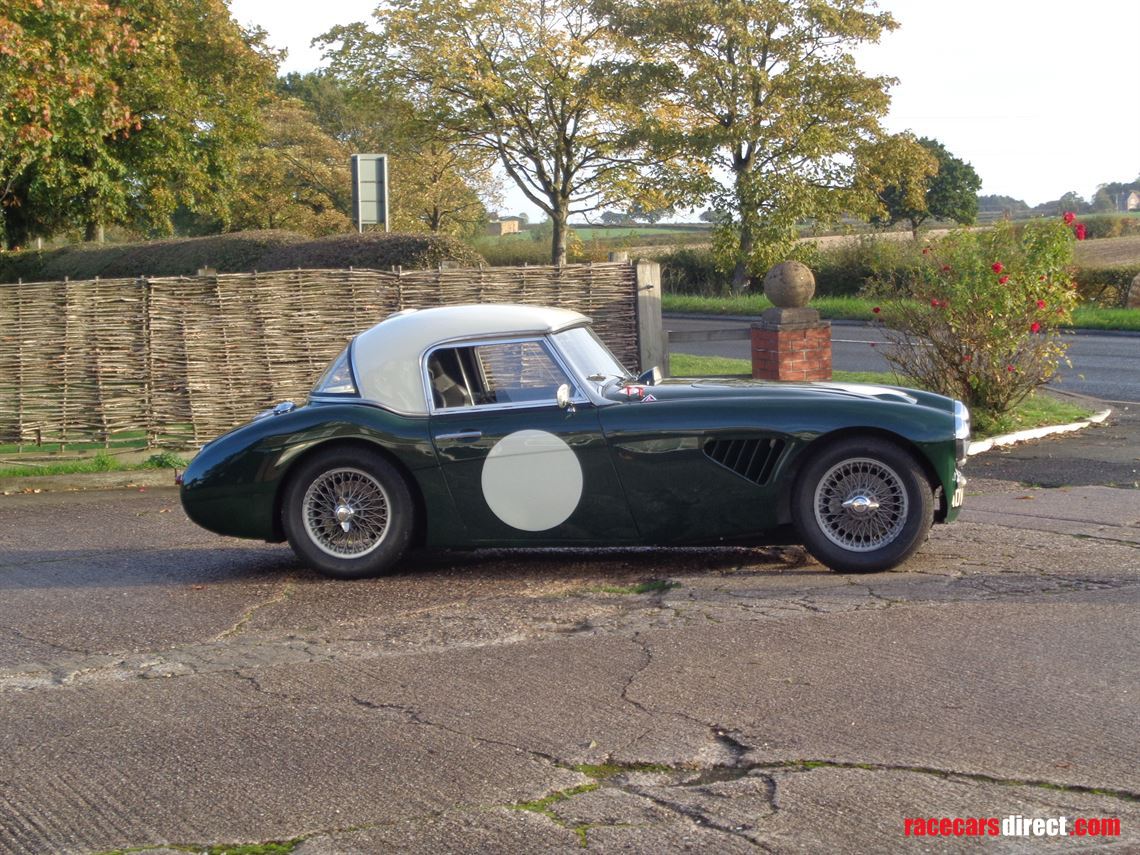 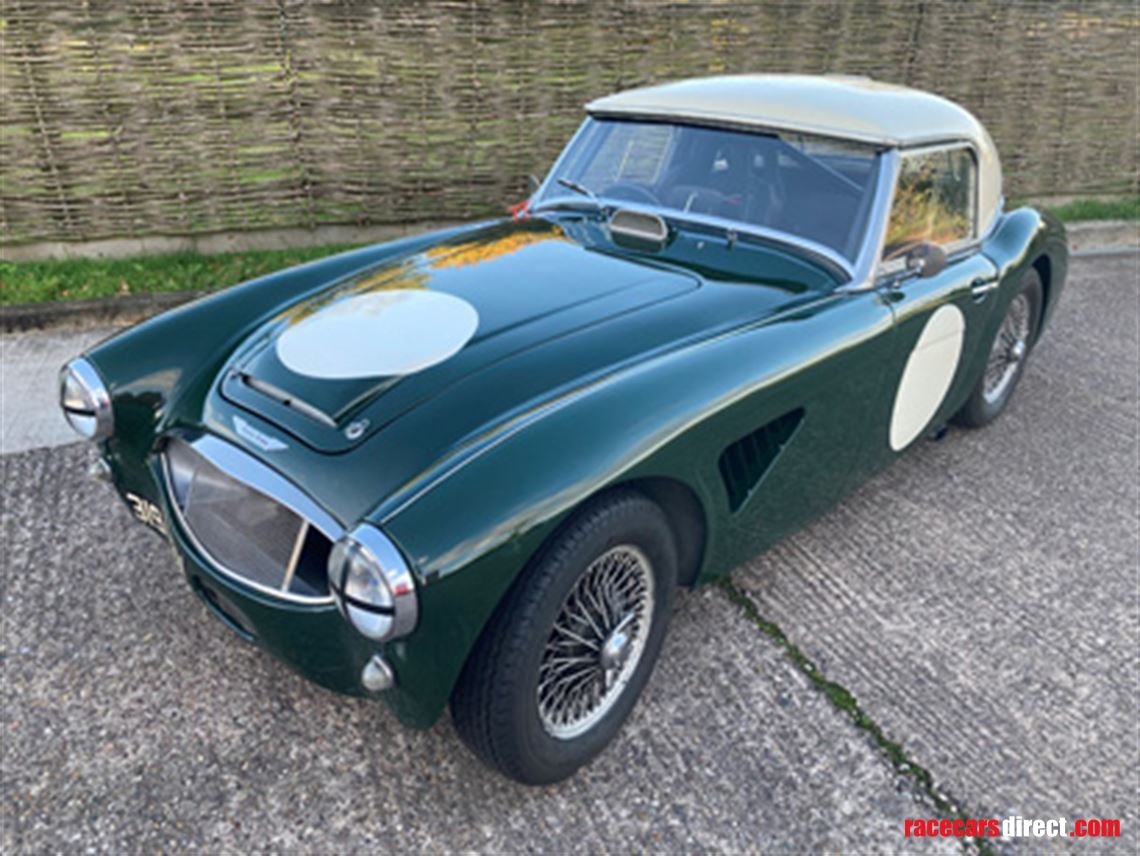 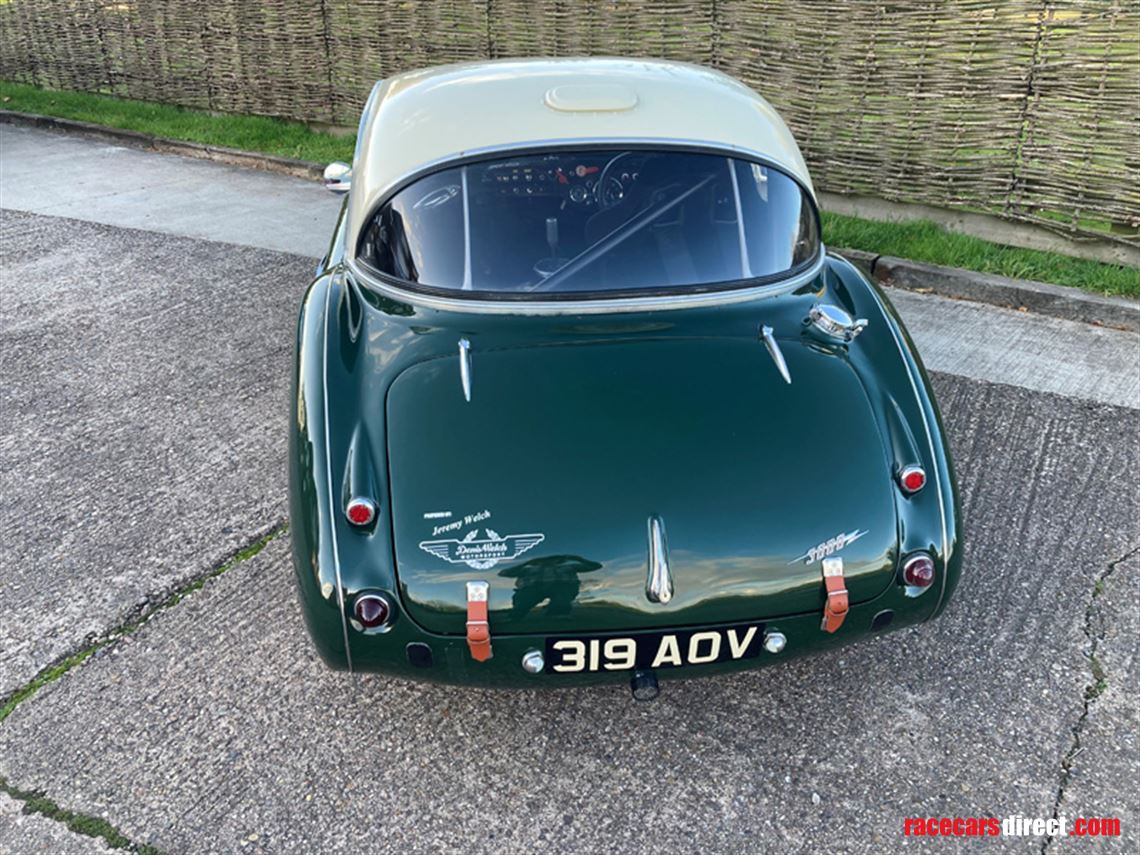 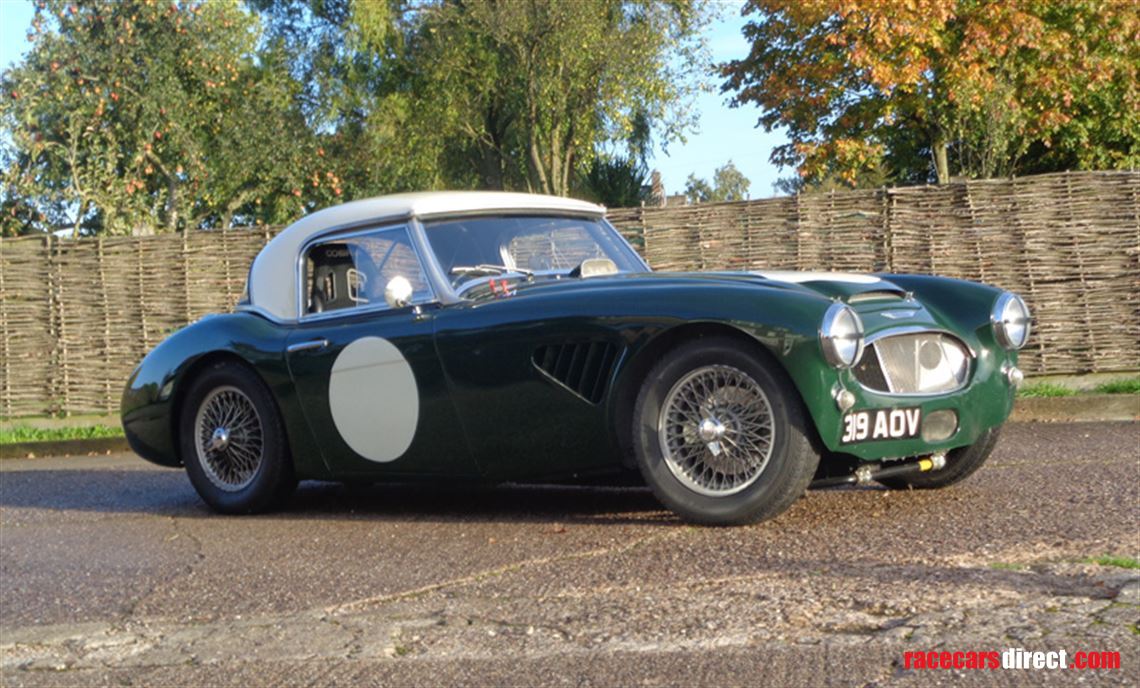 This 1960  right-hand drive Austin-Healey 3000 MkI was first owned by Martin Brain who used the car extensively in hill climbs. It possesses competition history from new including the 1965 Guards Trophy 1,000km race at Brands where it was driven by Messrs Westbrook and Crook. Westbrook raced the car extensively from 1964 to '66. '319 AOV' competed in the first HSCC race at Thruxton and went to Le Mans for the Cinquentenaire event in 1973 with its then owner K.Rylands, who held the hill climb record for the Pre-'60 3000cc class at Prescott for five years with this car. The Healey's next owner was Bugatti racer Charles Dean who in 1998 sold it to Aston Martin company chairman Victor Gauntlett via Nigel Dawes Ltd. It was then sold to Dean Butler in 2004, changed hands again to Anthony Galliers-Pratt in 2012.  Katarina Kyvalova purchased it in 2014 and much competed in European racing along with the Spa 6 Hour. In 2016 it was acquired by Jeremy Welch and raced at Goodwood Members Meeting along with the Silverstone International.

Disc brakes all round

Original hard-top with side screens

Austin Healey 3000 dismantled engine for rebuild and lots of other Healey parts.

For sale is this great driving Healey 3000 BJ8 1964 in old English white. Lots of sporty up-grades.

Race with the 500 Owners Association, a low cost entry into historic motorsport