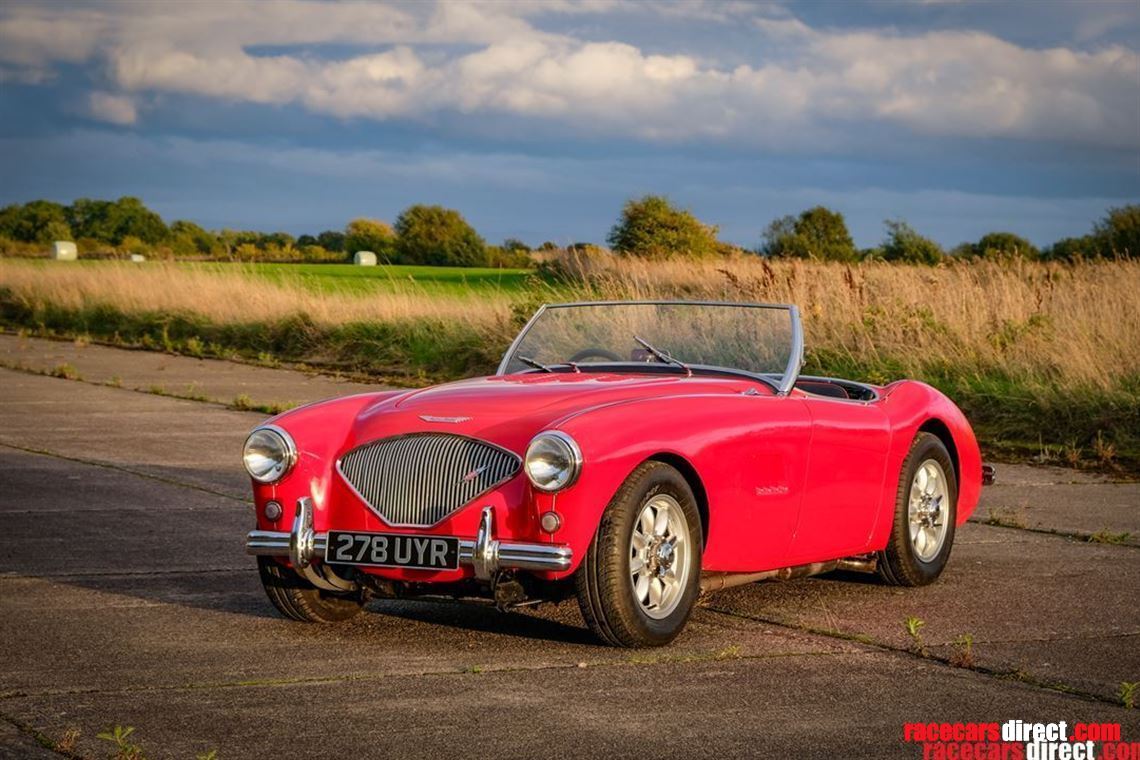 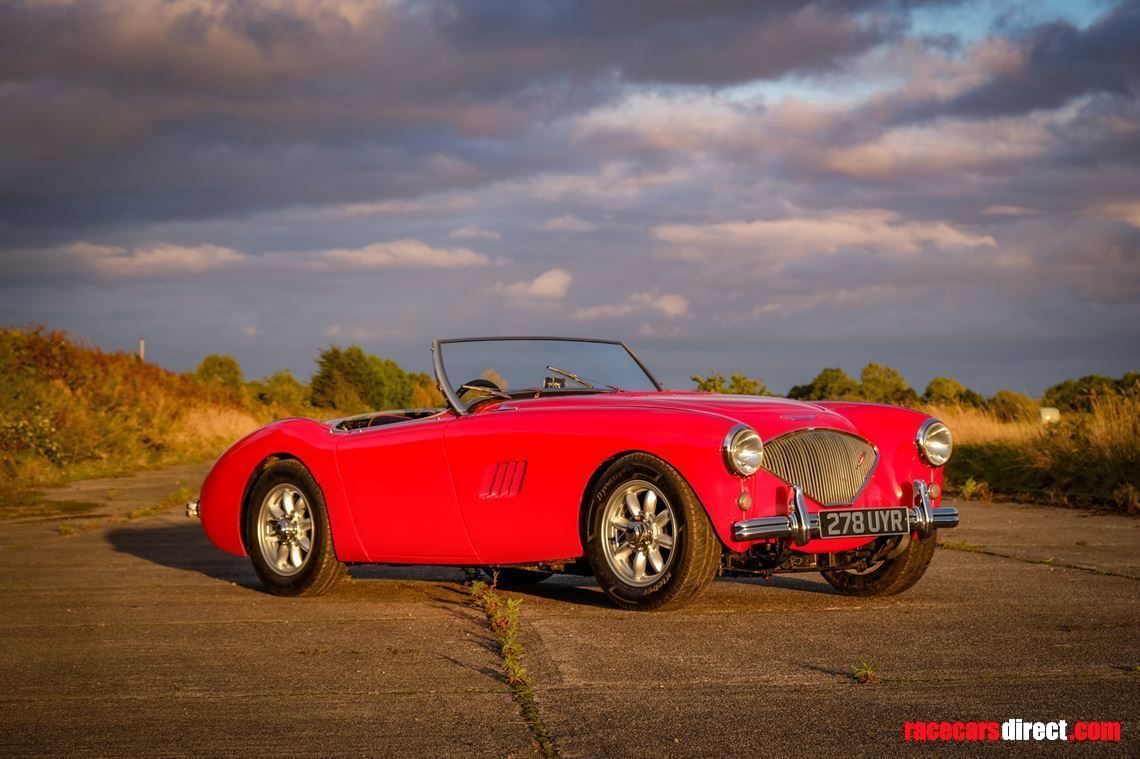 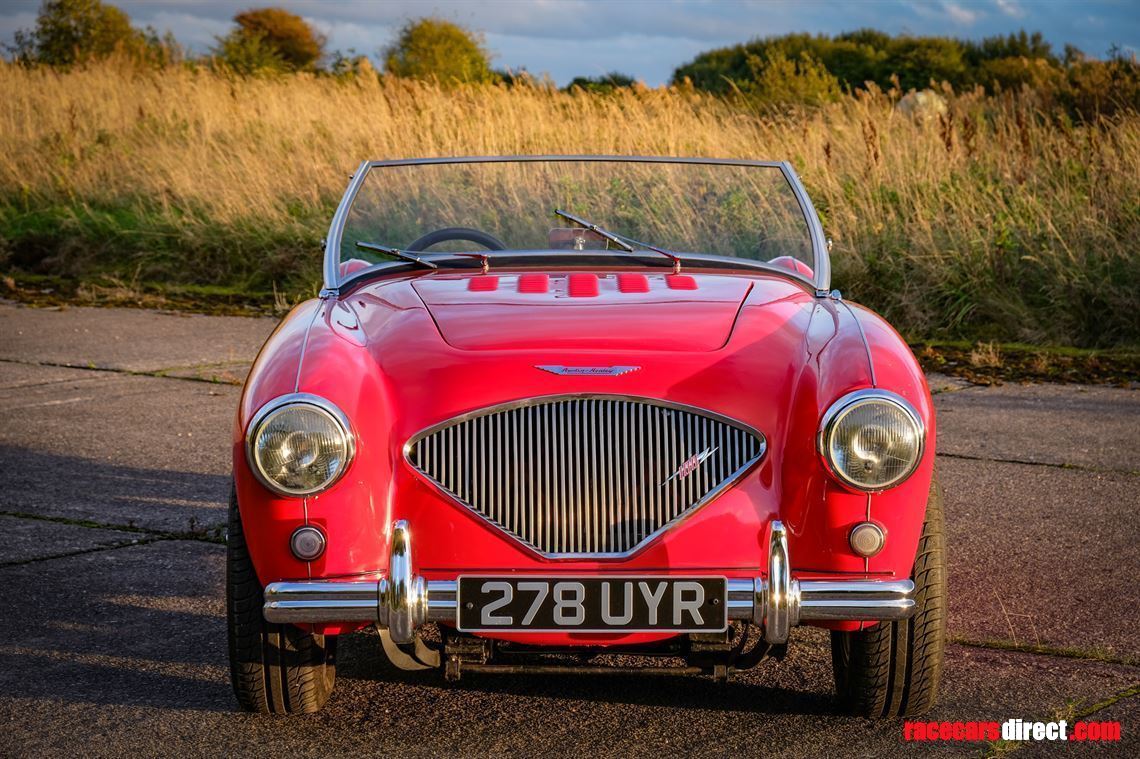 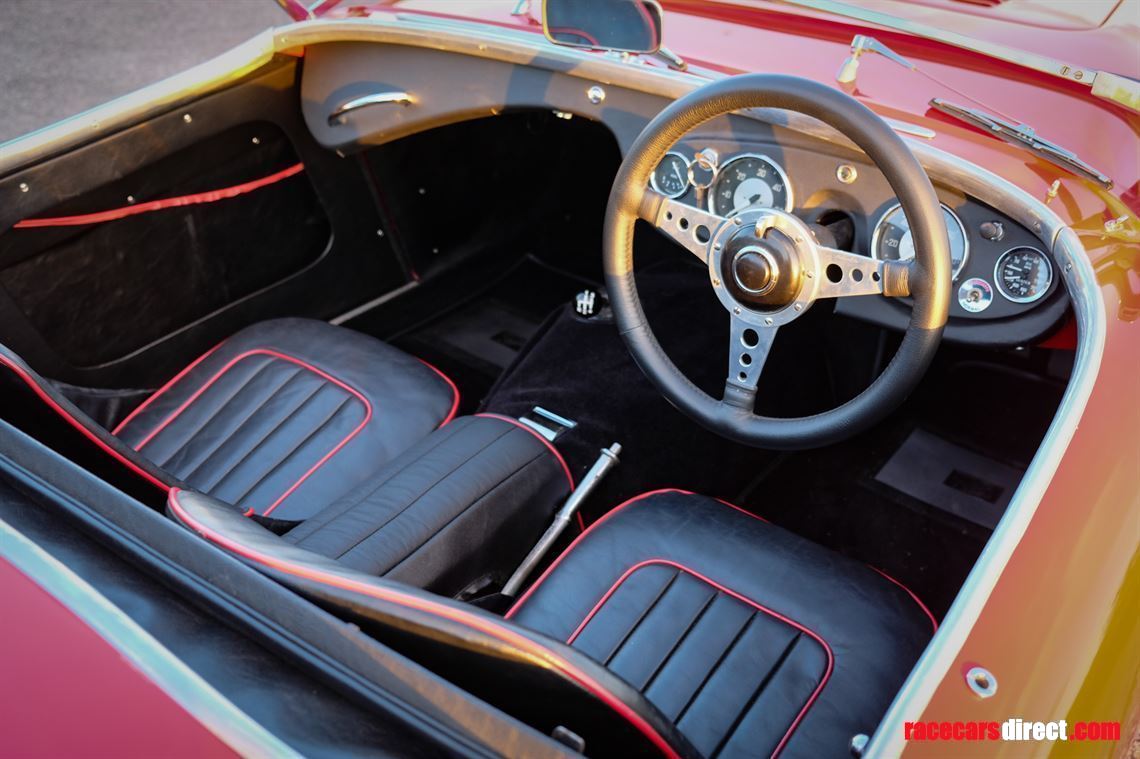 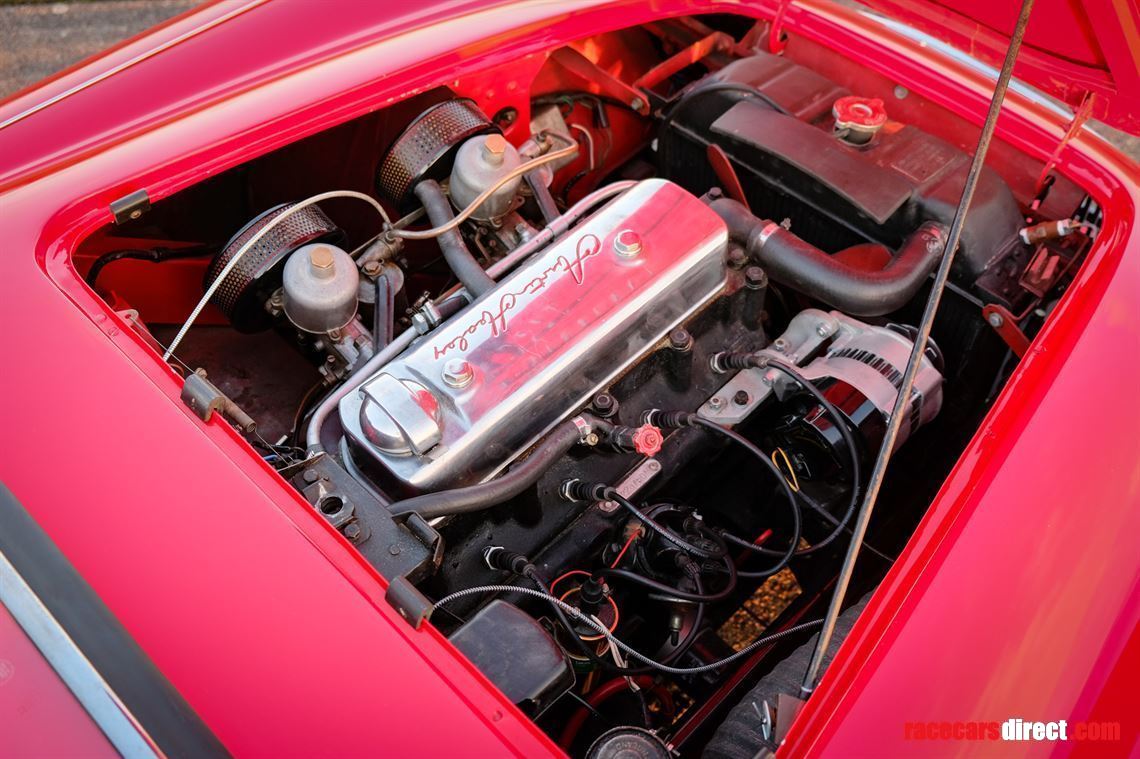 Donald Healey’s eponymous company built a prototype two-seater sports car for display at the 1952 London Motor Show. It was based on Austin A90 Atlantic mechanicals and sported a sleek body designed by Gerry Coker and built by Tickford. It was dubbed the ‘Healey Hundred’ and Healey planned to build production versions at his factory in Warwick. As things transpired, the prototype impressed the public and so excited Austin’s Managing Director, Leonard Lord, that he agreed to build the car in volume at Longbridge. The newcomer was renamed the Austin Healey 100 and the rest is history.

Introduced in August 1955, the improved BN2 version differed from the BN1 in having a conventional four-speed overdrive gearbox and slightly larger front wheel arches. Just 4,604 examples were produced before the model was superseded by the 100/6.

This eye-catching ‘matching numbers’ 100/4 BN2 was exported new to the USA in 1956 and remained in that car-friendly climate until 2014 when it crossed the Atlantic to France. By 2016 it had reached our shores, at which point it was professionally converted to righthand drive and fully restored to the very high standard it’s still presented in to this day.

Finished in striking Colorado Red and teamed with red-piped black leather upholstery and matching full weather gear, the car was treated to a number of ‘M-spec’ performance and aesthetic upgrades during this refurbishment, which included the installation of disc brakes in place of the front drums, a free-flow side-exit exhaust system, alloy rocker cover, louvered steel bonnet and front wings, lightweight aluminium boot lid and leather-rimmed Mota-Lita steering wheel. Riding on knock-on Minilite-style wheels, ‘278 UYR’ also benefits from an uprated electronic ignition system and alternator conversion, in place of the original dynamo. Well-sorted and ready for use, this ‘Big Healey’ is supplied with a heritage certificate, workshop manual, instruction book and parts list, together with its UK V5c registration document and valid MOT certificate.