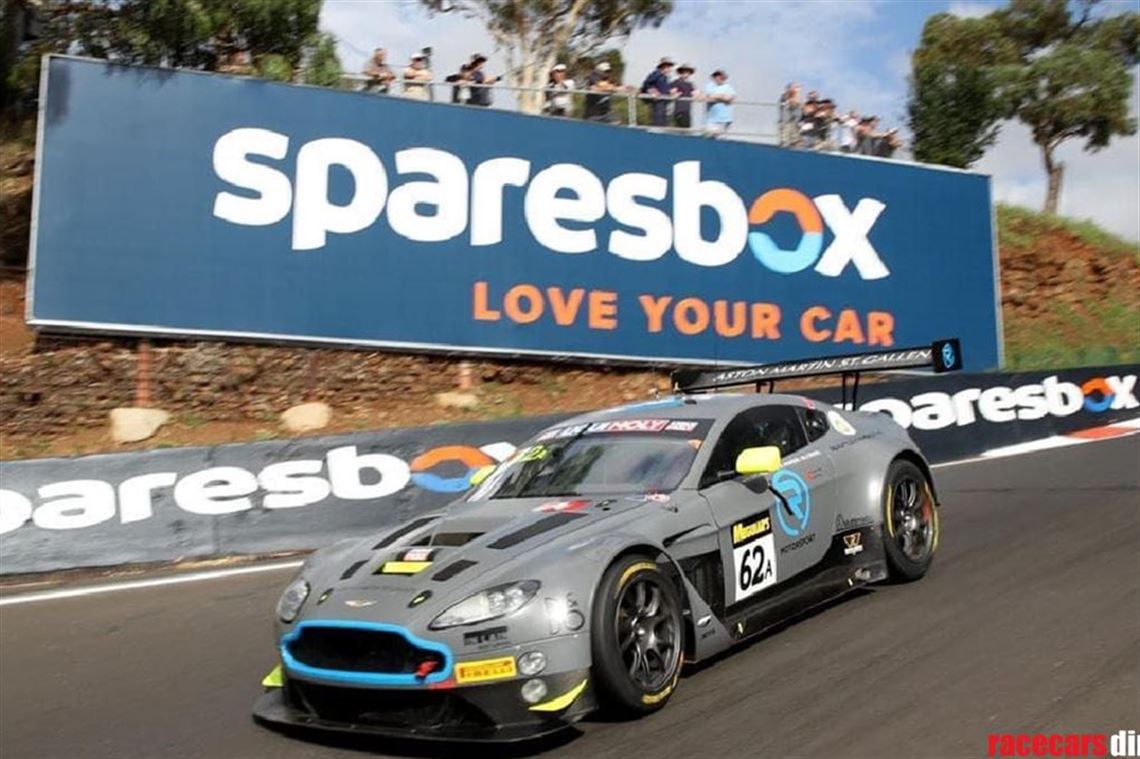 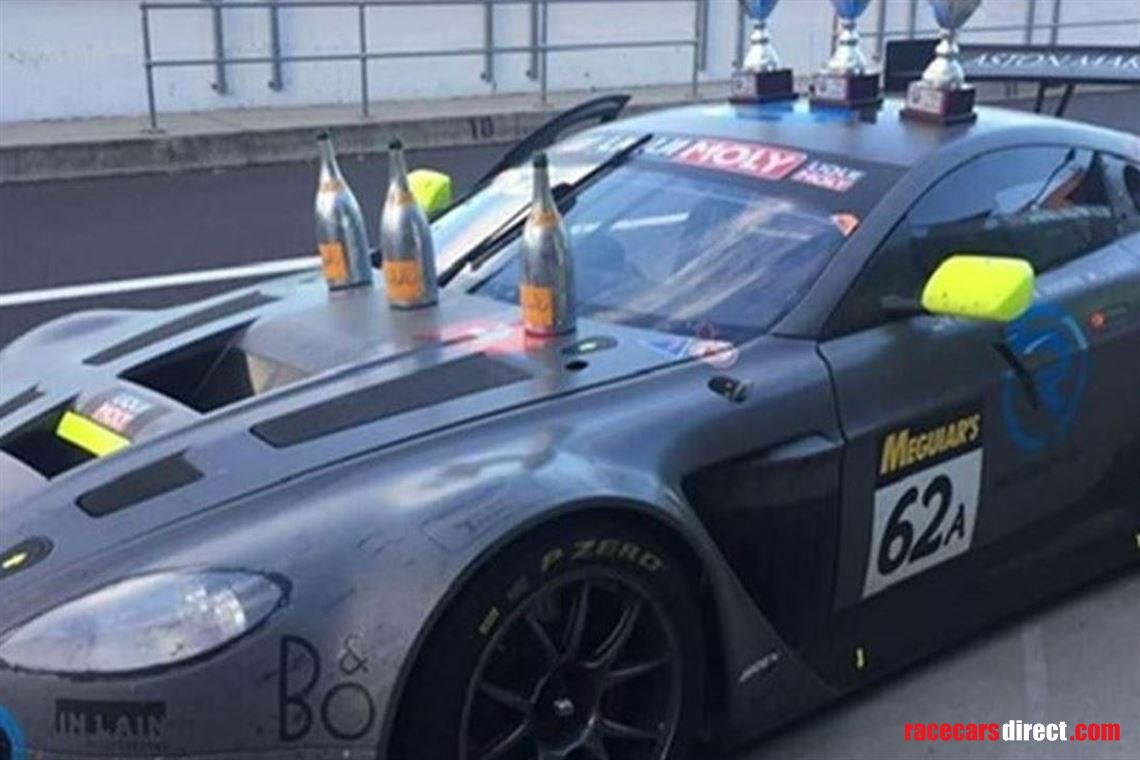 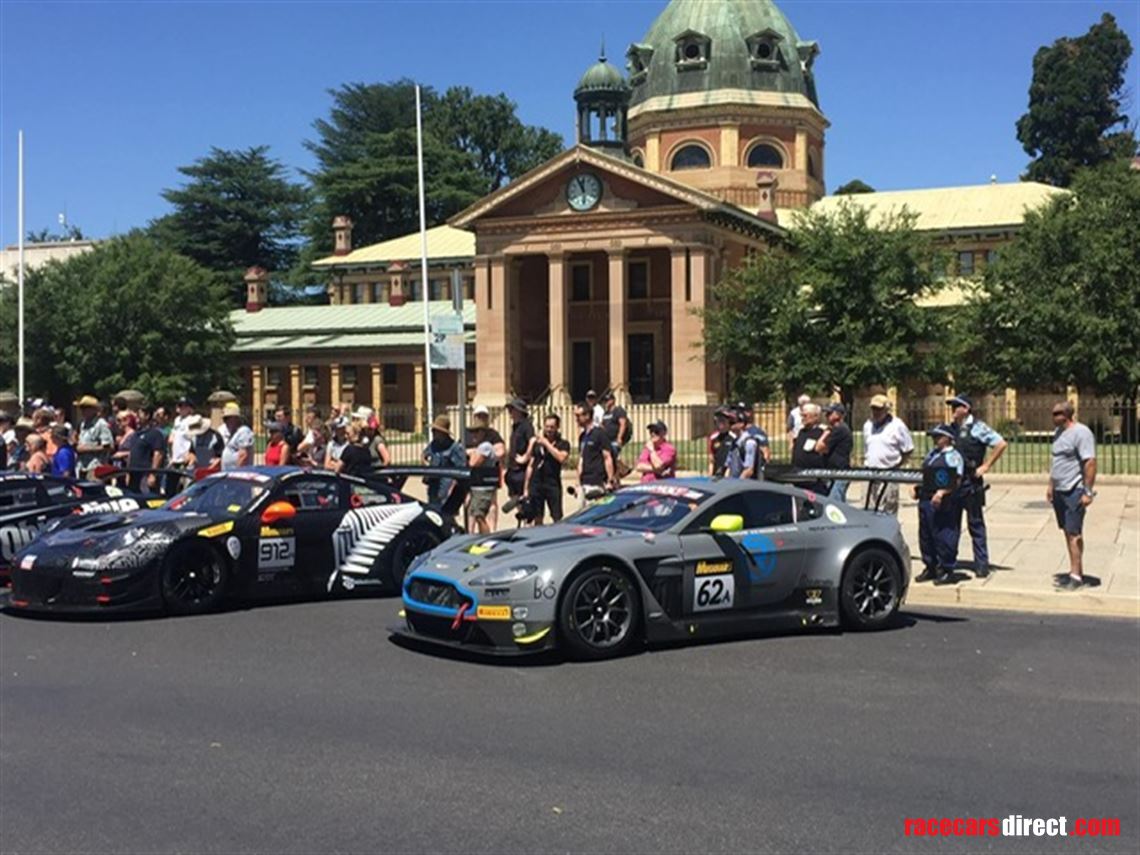 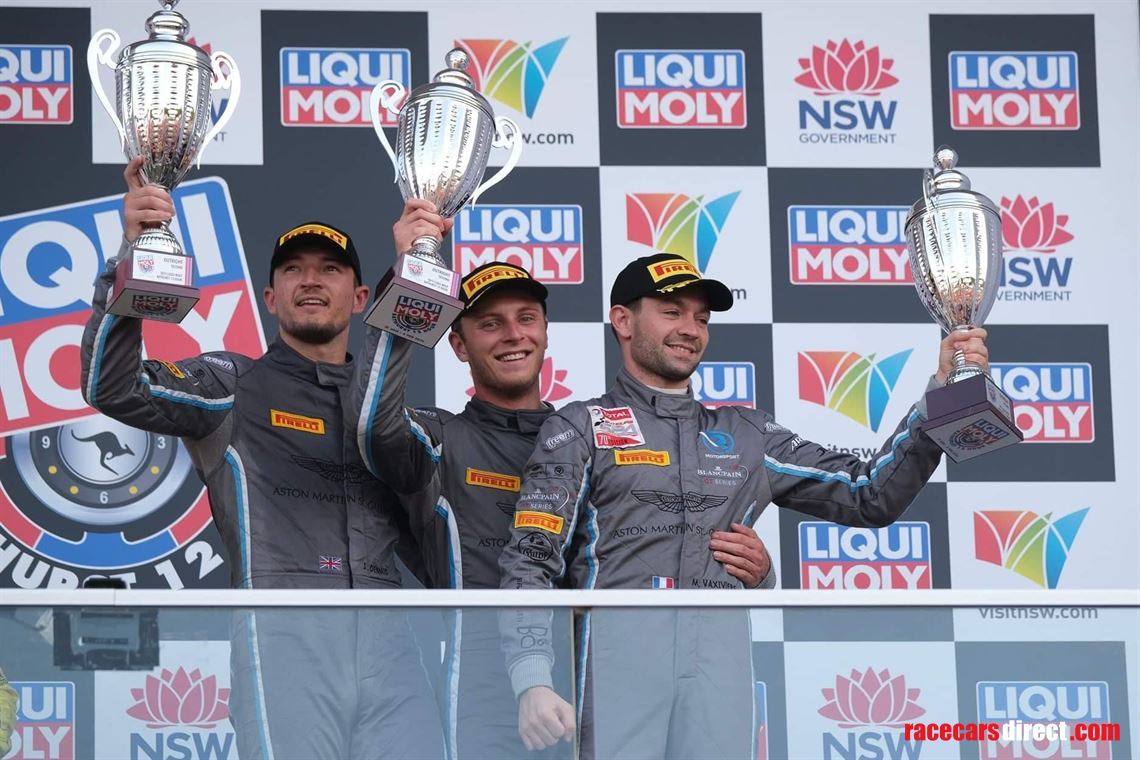 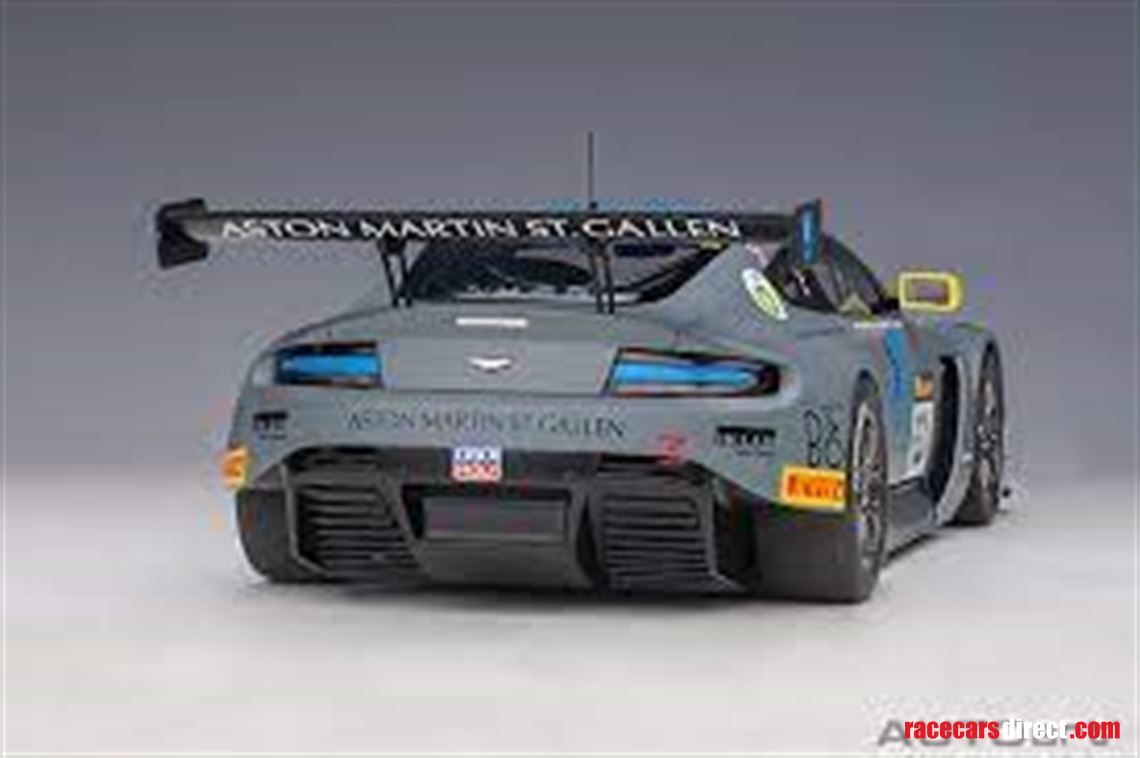 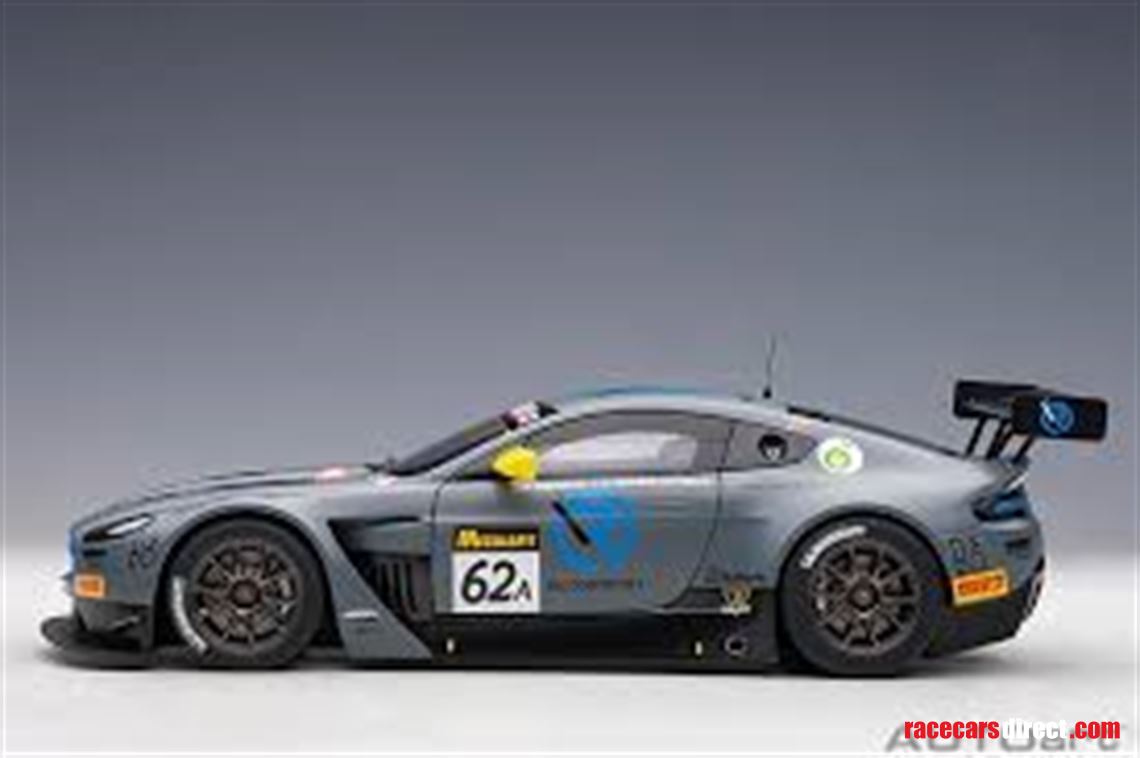 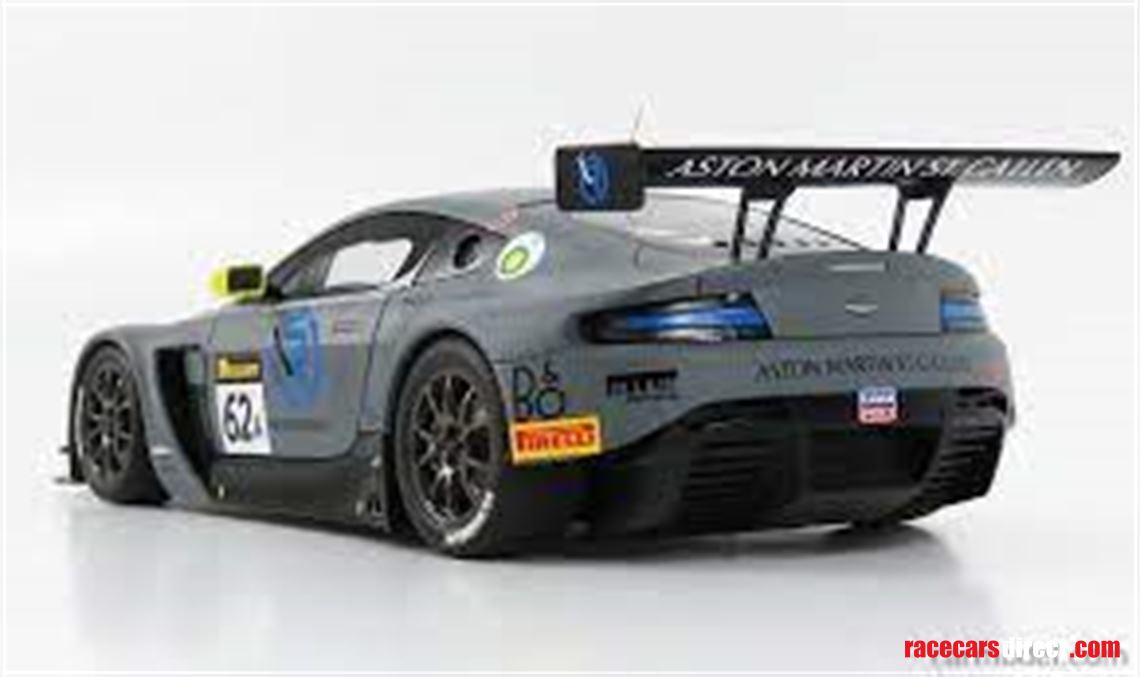 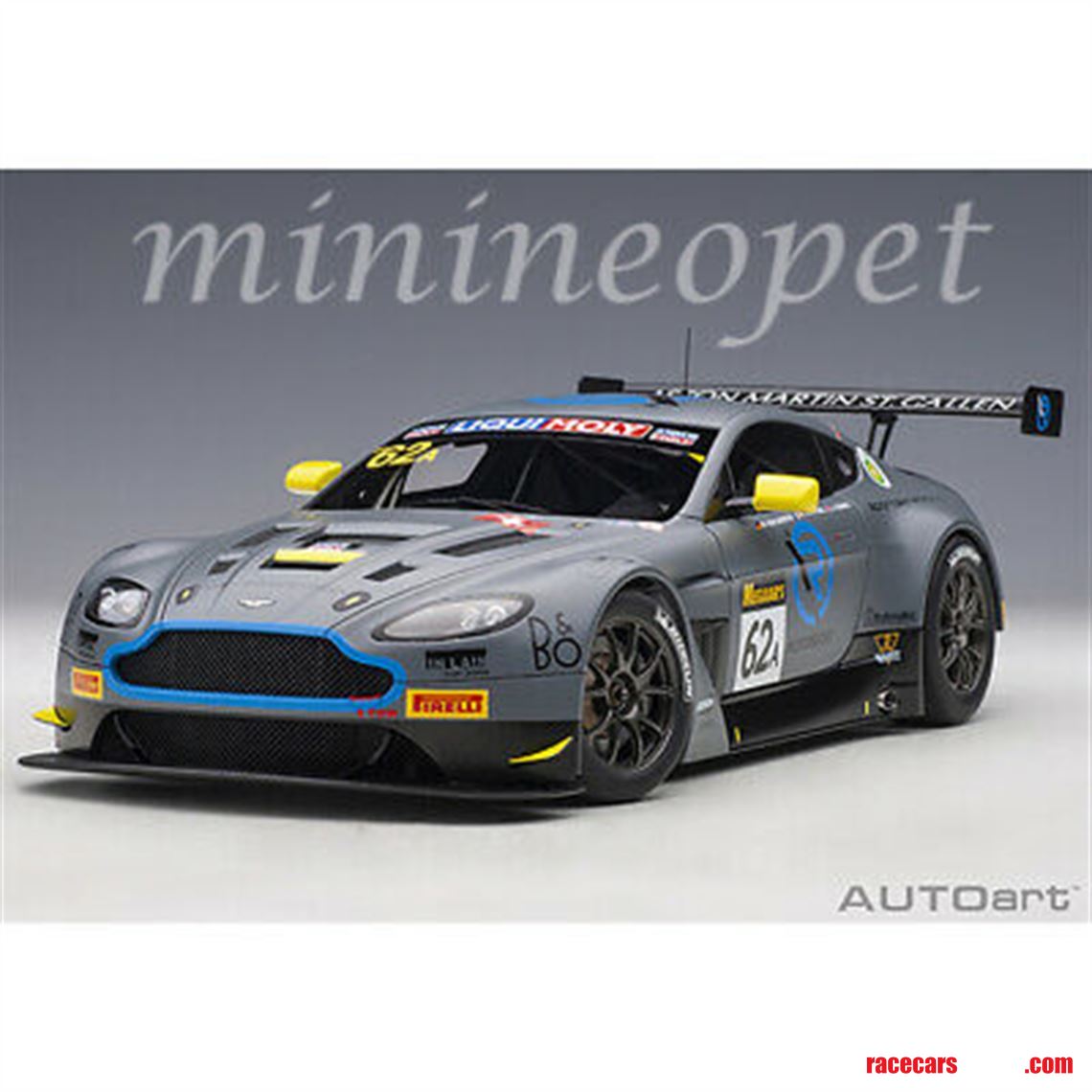 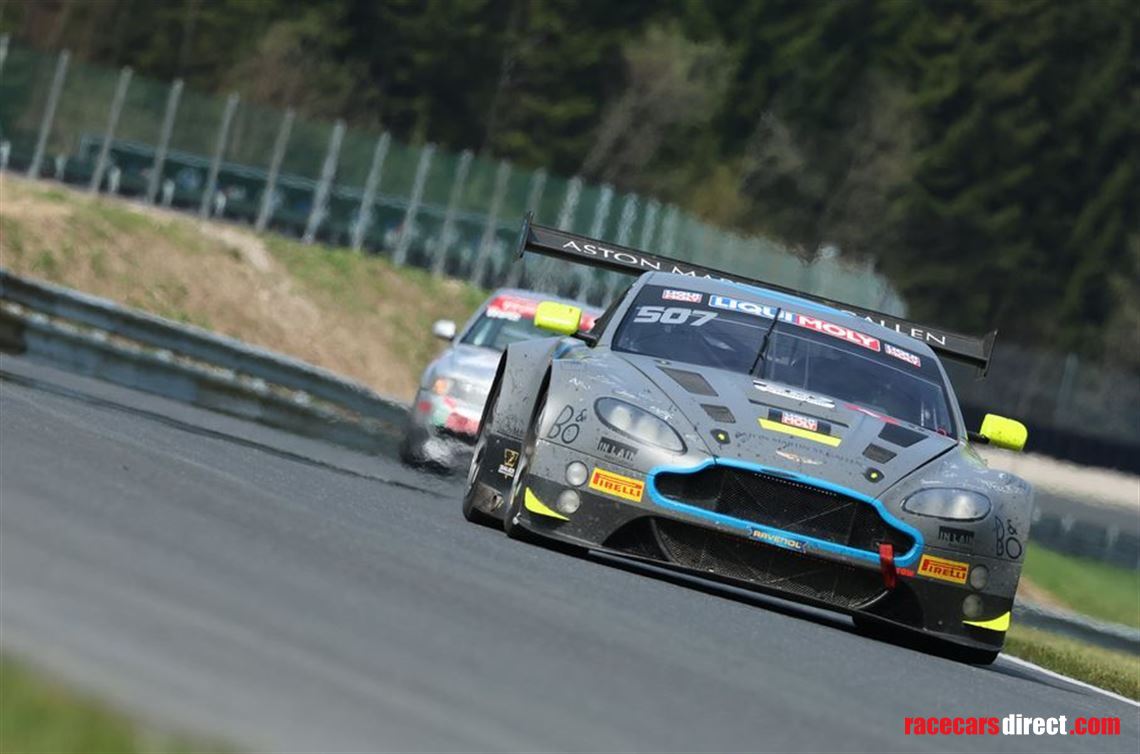 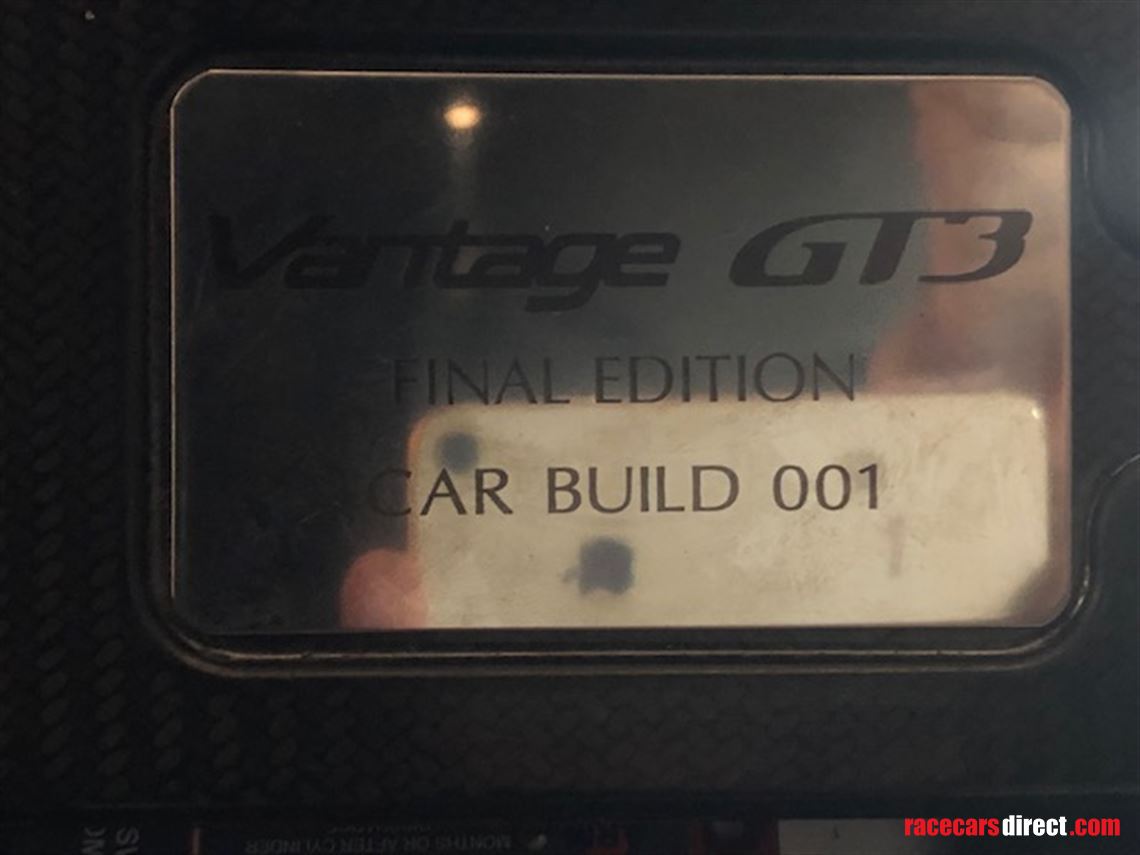 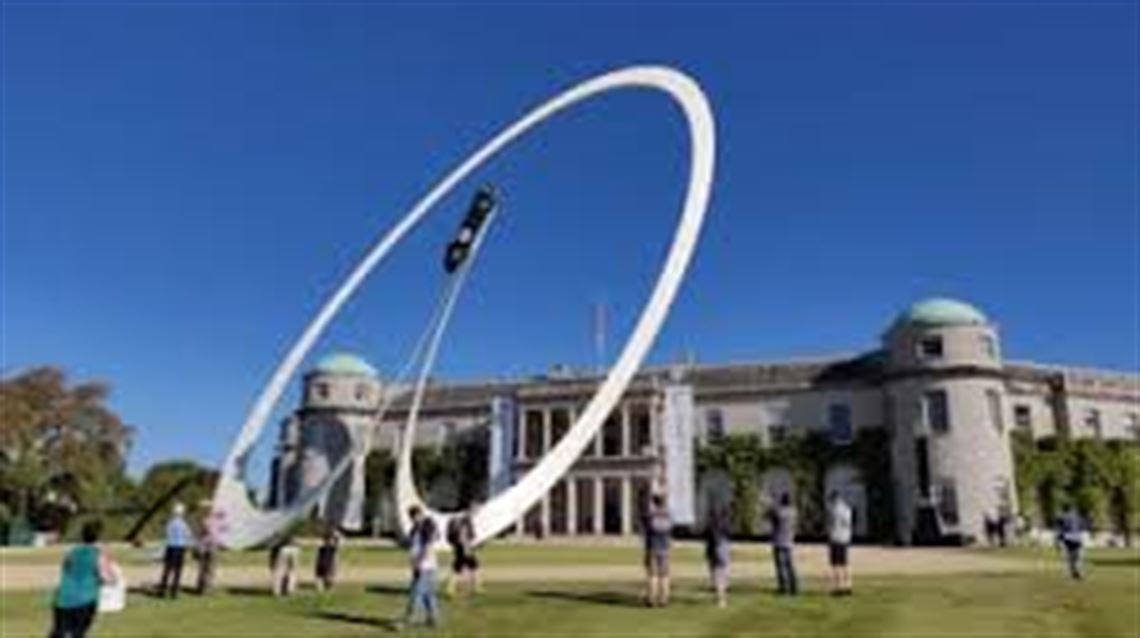 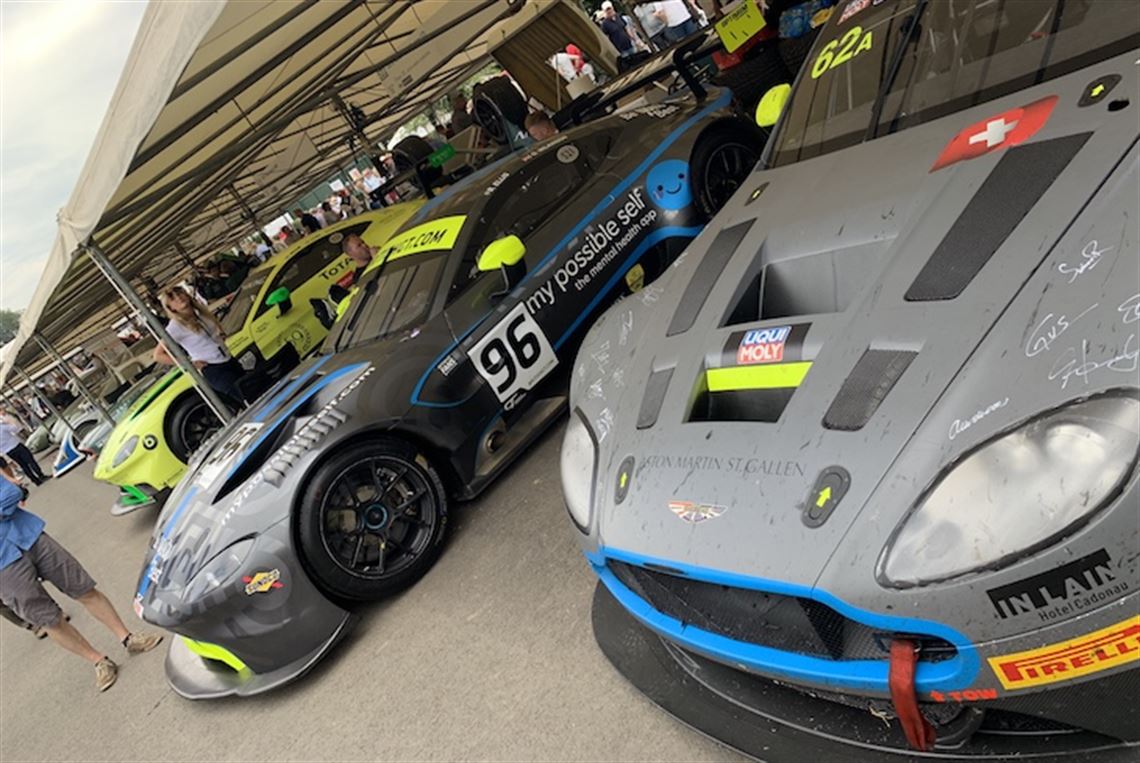 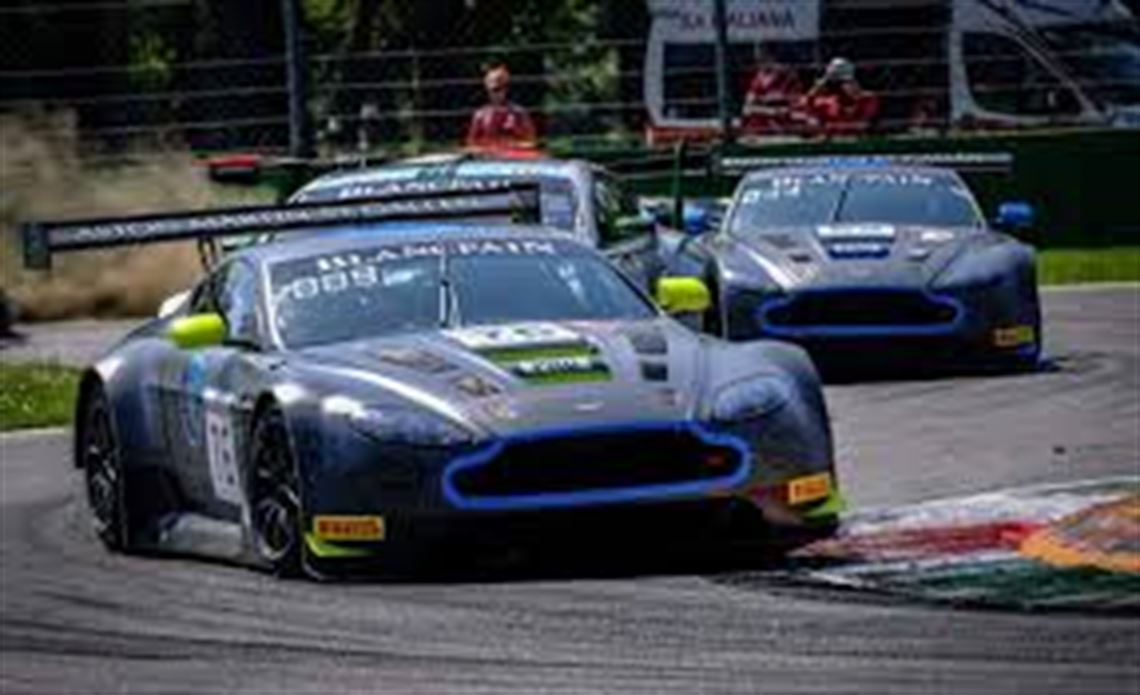 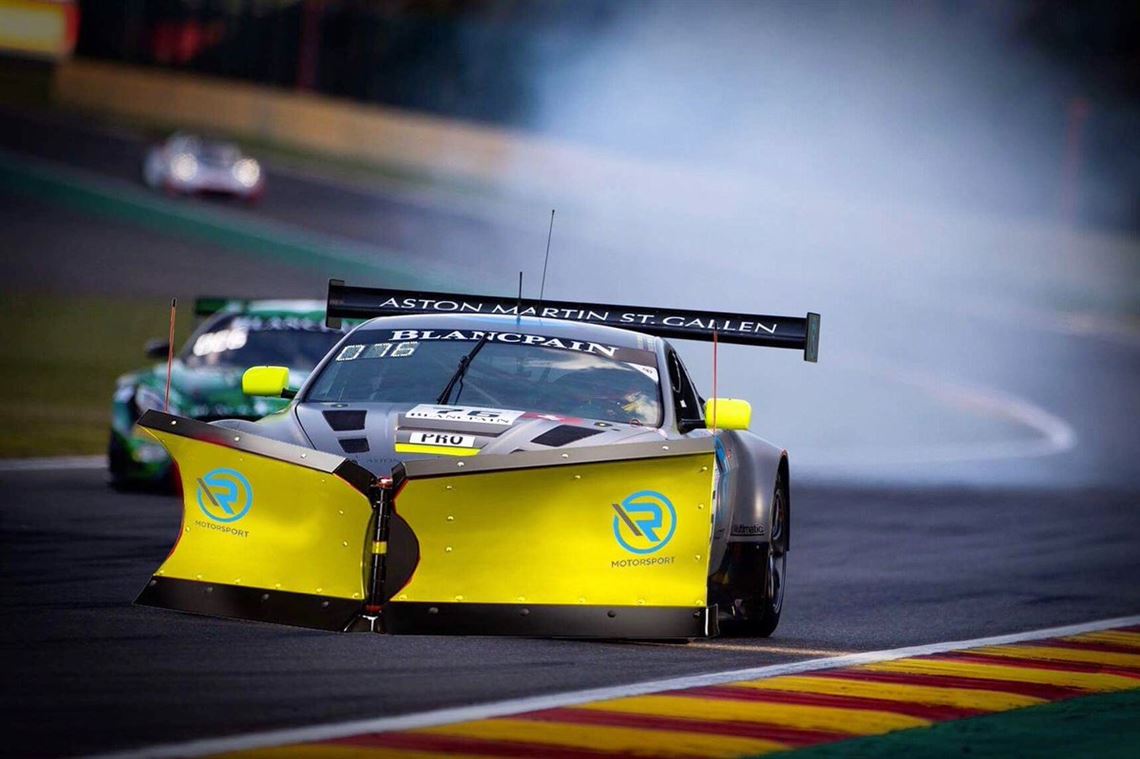 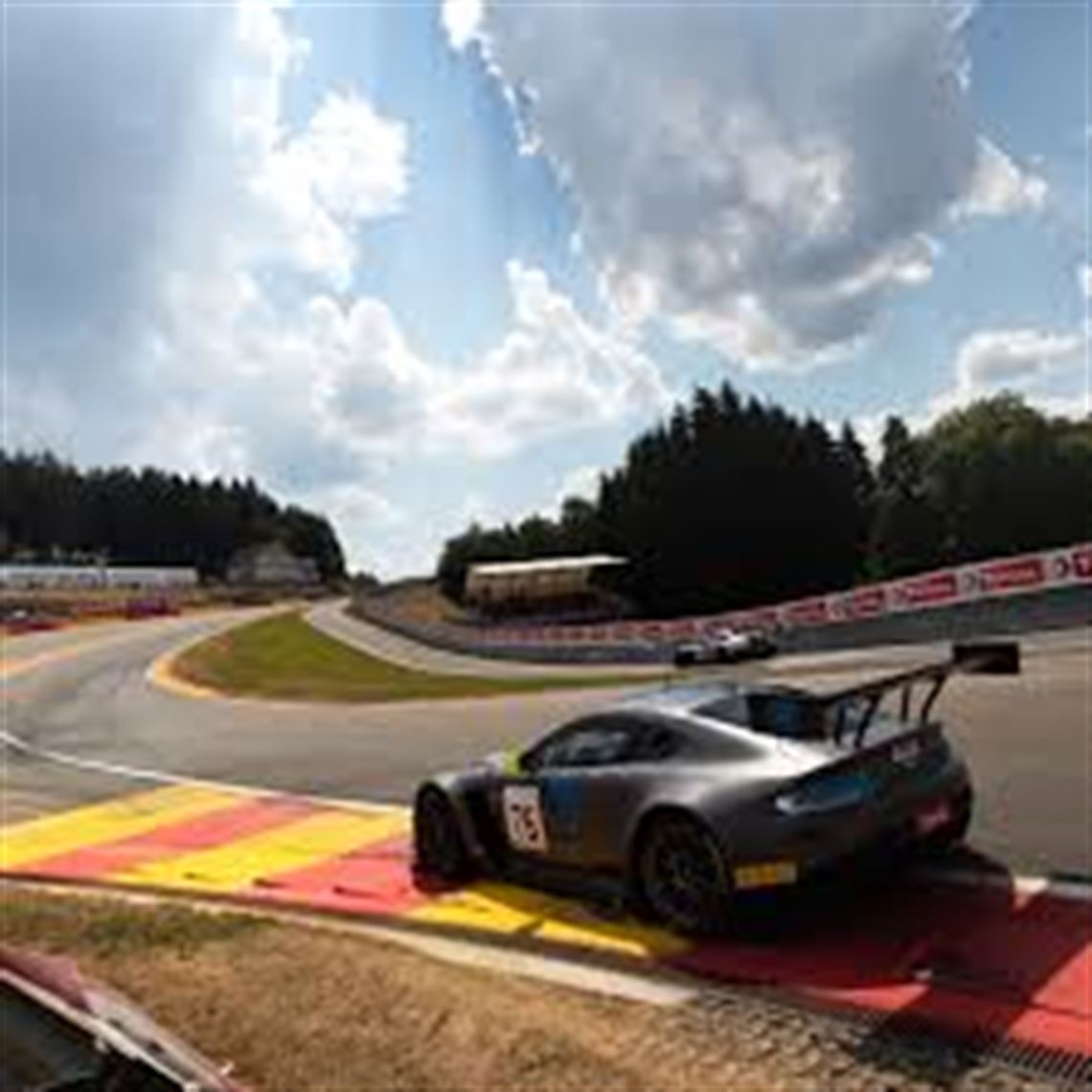 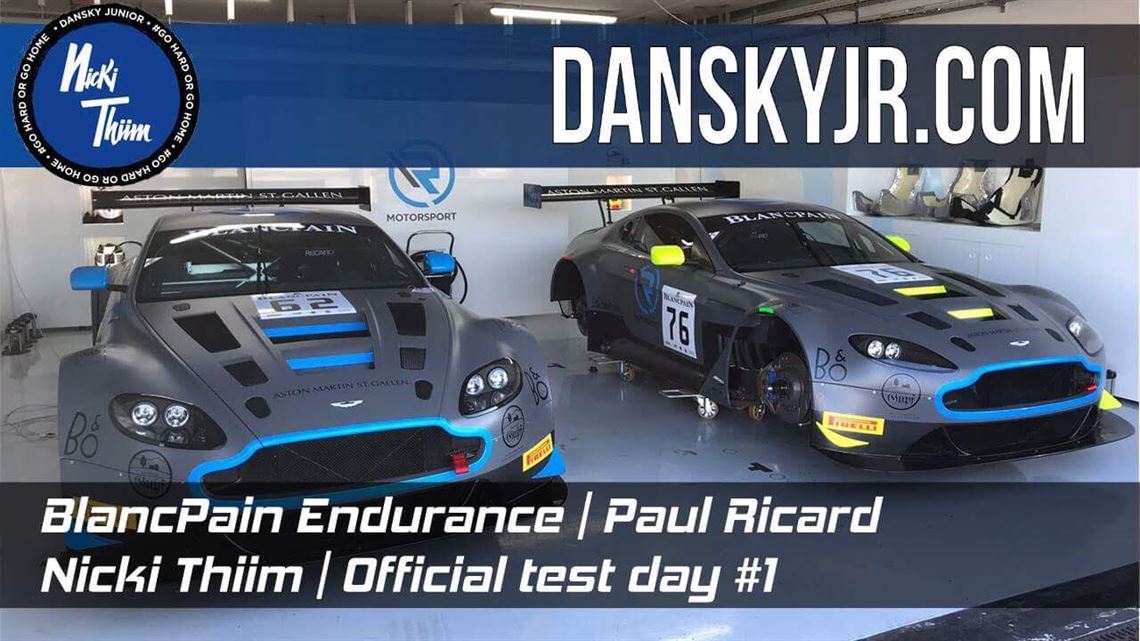 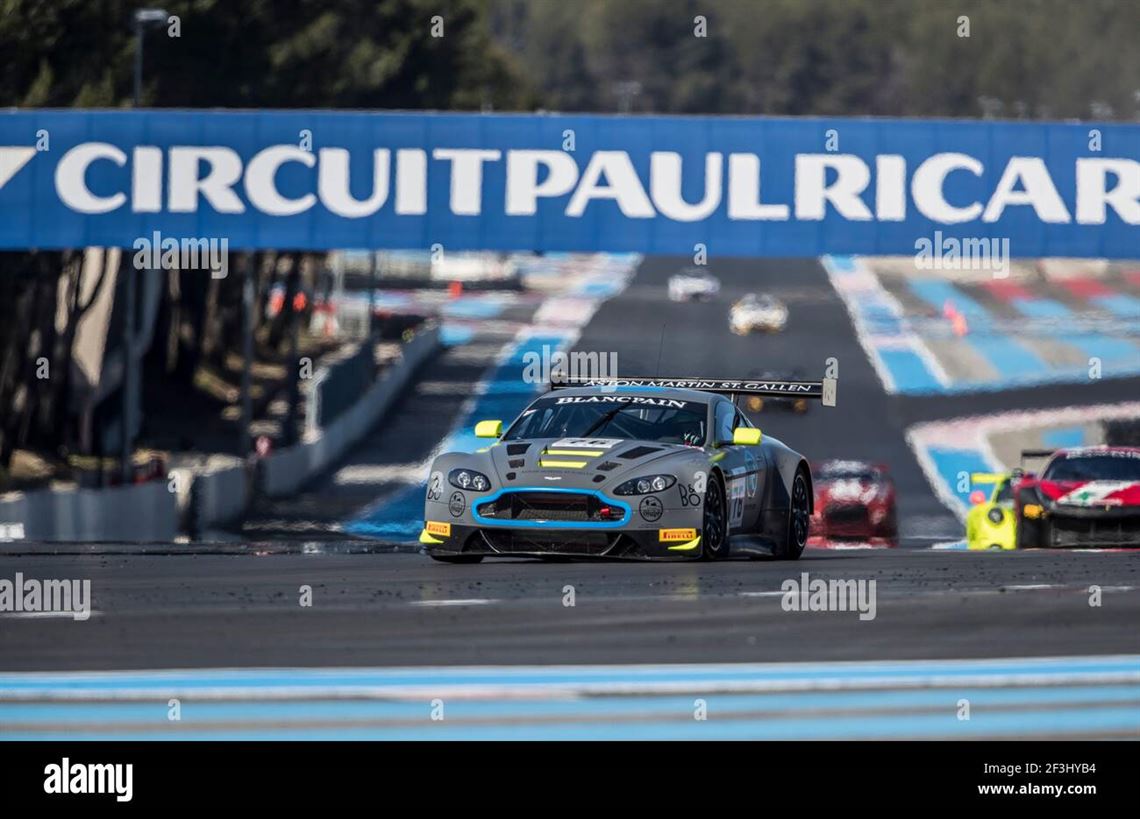 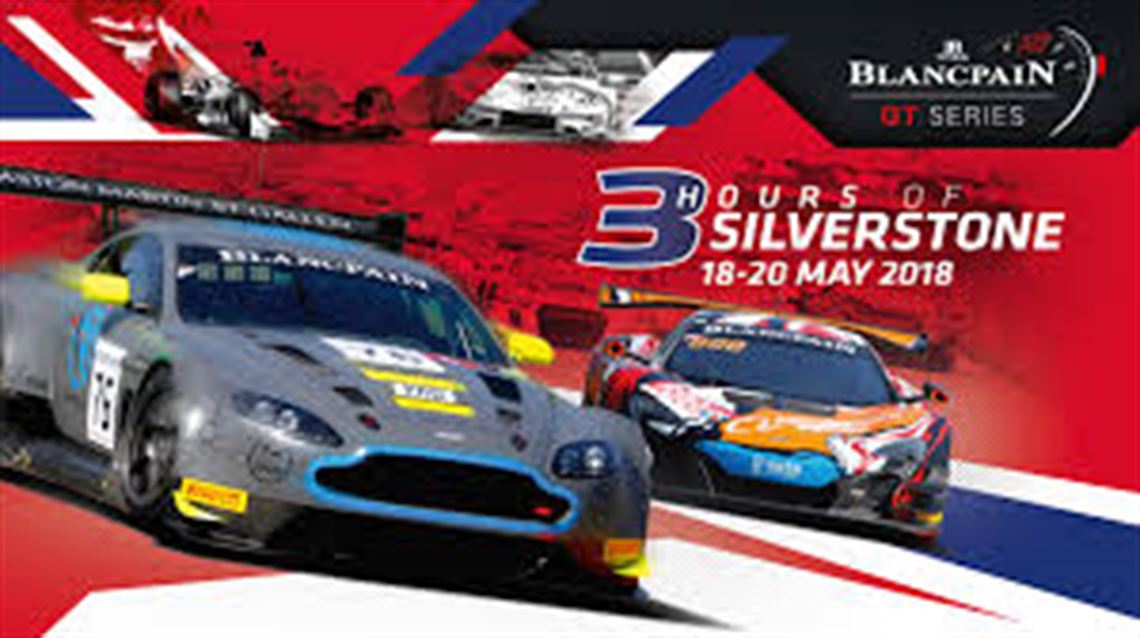 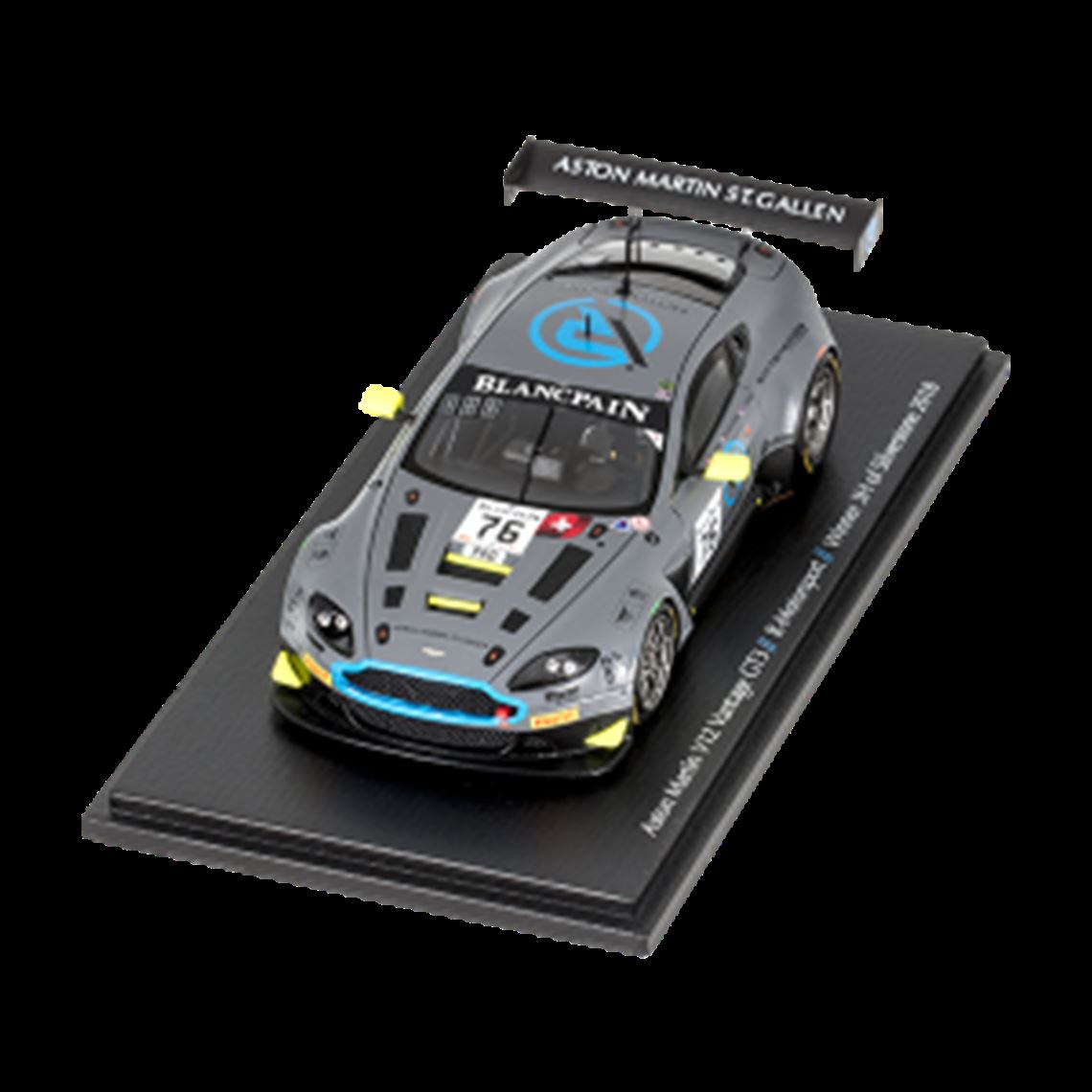 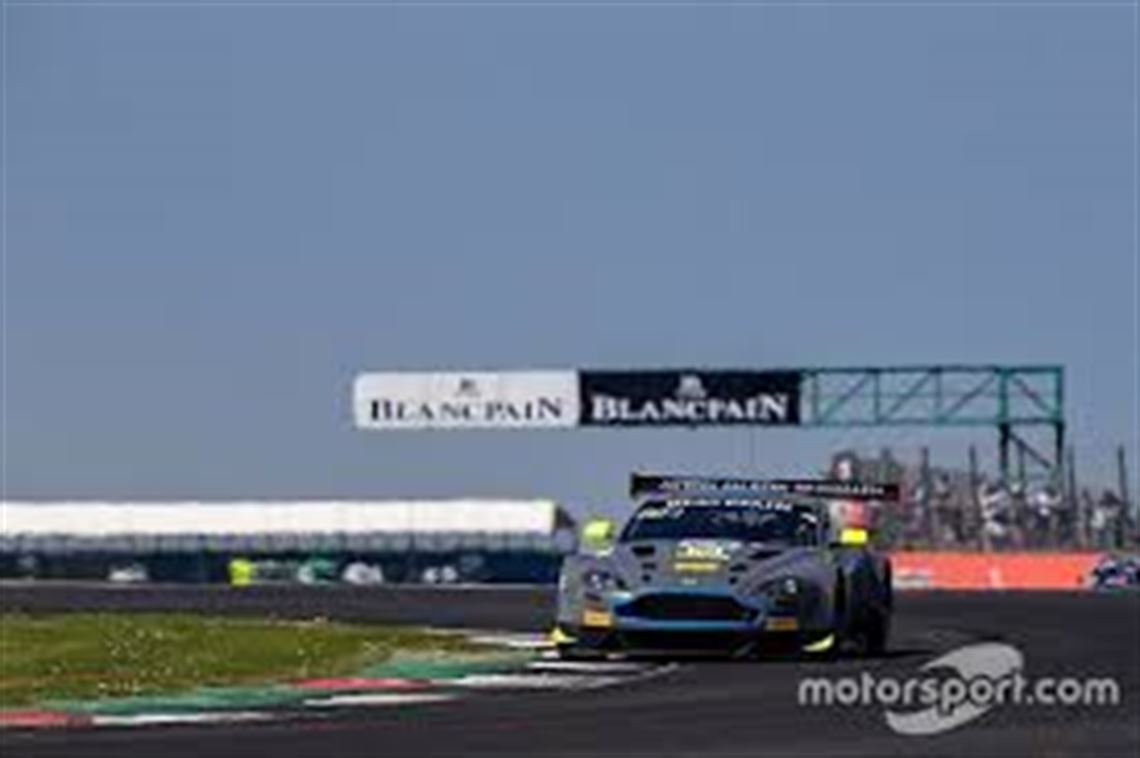 This Aston Martin Vantage V12GT3, chassis 040 is not only one of the most famous of the Vantage V12GT3 cars by loosing the win at the 2019 Bathurst 12h race with only 8 minutes left, but also became after crossing the finish line a piece of art.

The car has been signed all over his bodywork by the members of the team at that event. After signing the car has been left as it was with all race dirt from a 12h race and sprayed with clear laquer over the chinese grey surface. There is no other GT3 car like this.

With this ultra special livery the car was been used once again for the 2019 Goodwood Festival of speed as a final point of his international career, which covered all races in the 2018 BlancPain series and winning the Silverstone 500 race in 2018 and setting pole at Spa 24h and some other impressive results. In the year 2022 the car has been used for a raceweekend with Masters Endurance Legends in Austria with a podium finish.

The car has been maintained for R-Motorsport Aston Martin St. Gallen with a money no issue approach by the british ultra successful team of JOTA Motorsport. All in date.

The Vantage V12GT3-chassis 040 is the last of a sucessuful line but in addition the very last with an international sucess in 2019.  Furthermore it is he first official "final edition 001 car" as shown on a special plaquet on the dashboard. There is only one more final edition, but that car has been made after the GT3 homologation had ended and therefor not a true GT3 car. final addition means that with the car come specially made doors with GTE like mirrors, a special GTE like steering wheel, the plaquete on the center console.

The car will be sold with two extra sets of rims/wheels, fuel bottle, airbottle with regulator, airlance, wheel nut, tailored car cover. In addition the winner trophy of silverstone 500, some 1/43 models of the car, the original race overall of R-Motorsport, some team T-shirts.

Having owned and driven many Aston Martin Vantage V12GT3 I can guarantee: this is the best by far measured by history, success, undamaged original chassis low mileage complete lifing sheet done by JOTA, documented mile per mile including the invoice from Prodrive to R Motorsport.

There is no better one and no other one with the bonus of "art car" created by a race. Unrepeatable and a once in a lifetime opportunity. It only came to the market because of the forced closure of Aston Martin St. Gallen.

I think this car is ultra special and has the highest investment potential and can be raced in historic racing all over the world with Masters Endurance Legends, Peter Auto, SRO Special races, Aston Martin only races at 24h LeMans and might be one at the Silverstone 500 race in 2023.

Offered for sale is this Aston Martin V8 Vantage GT4.

GT40 registered in Oregon, US as 1965 year. Street legal or for track days.