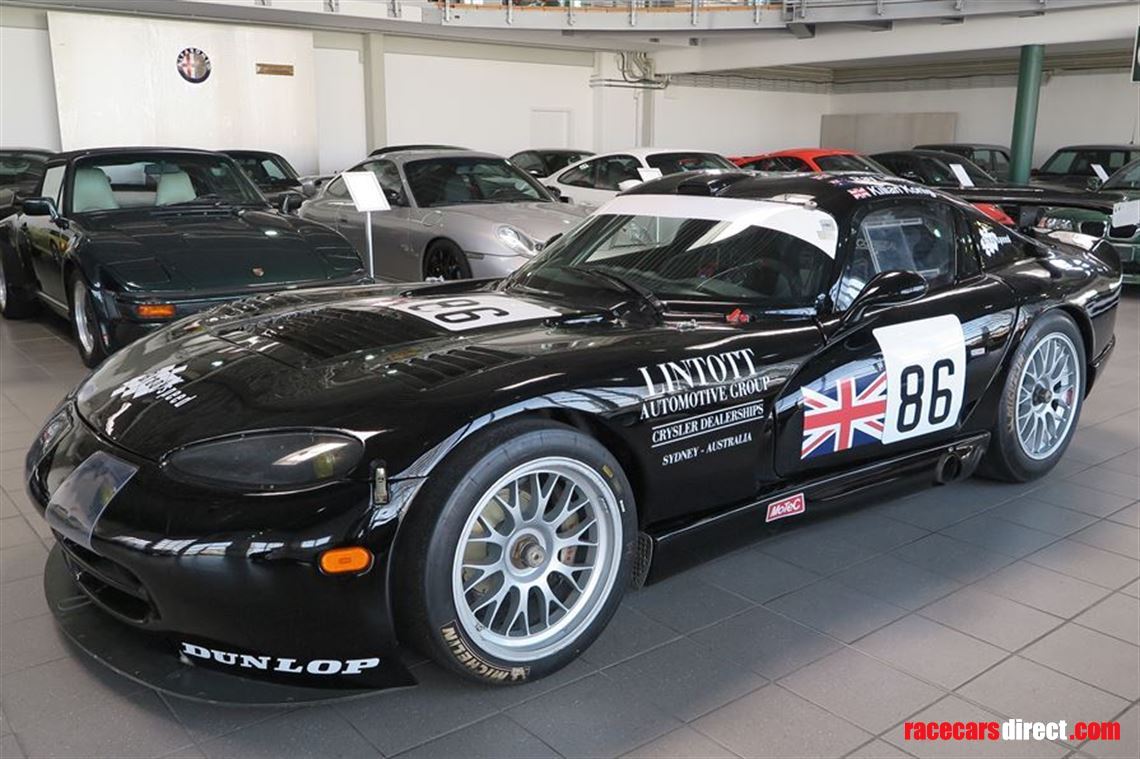 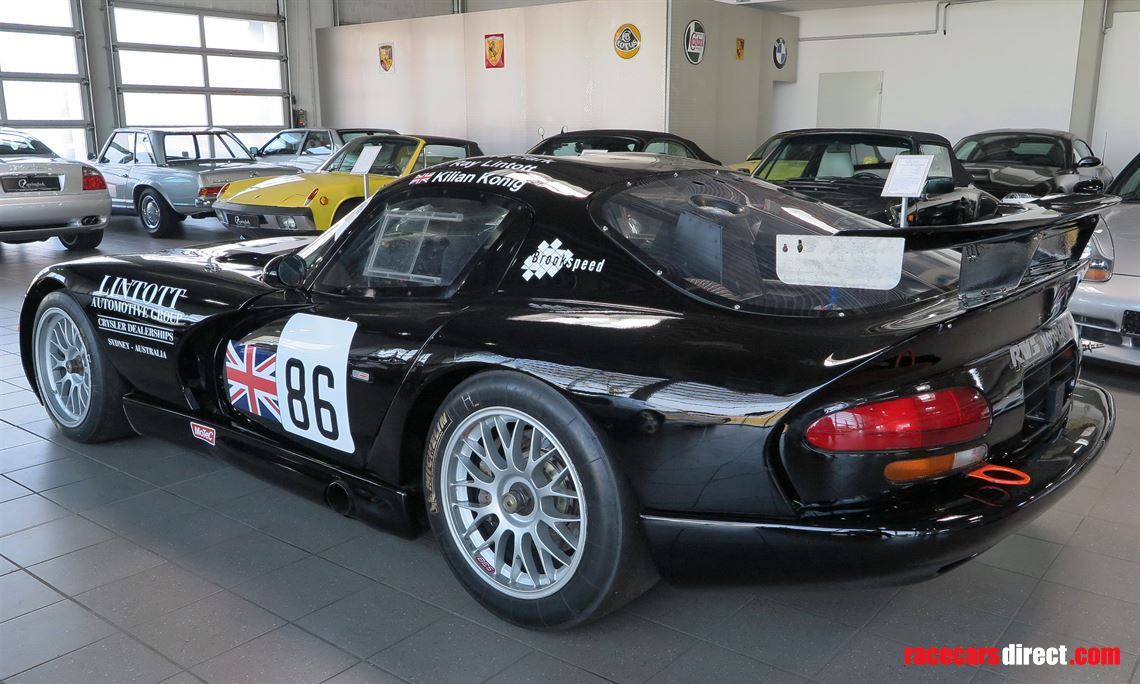 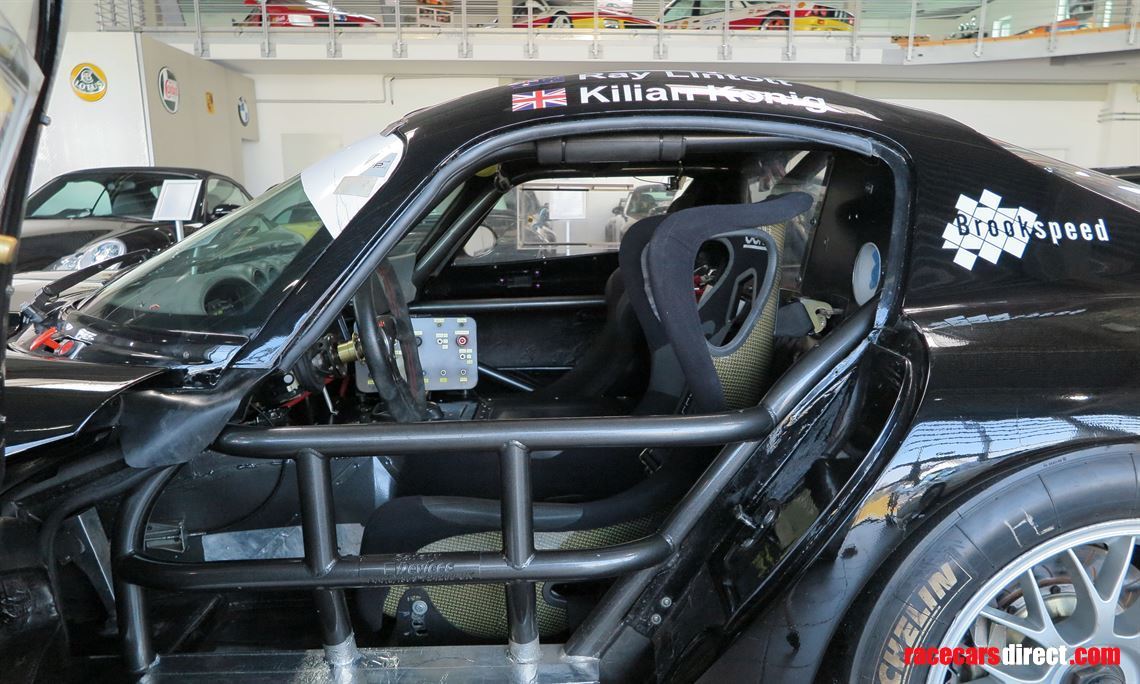 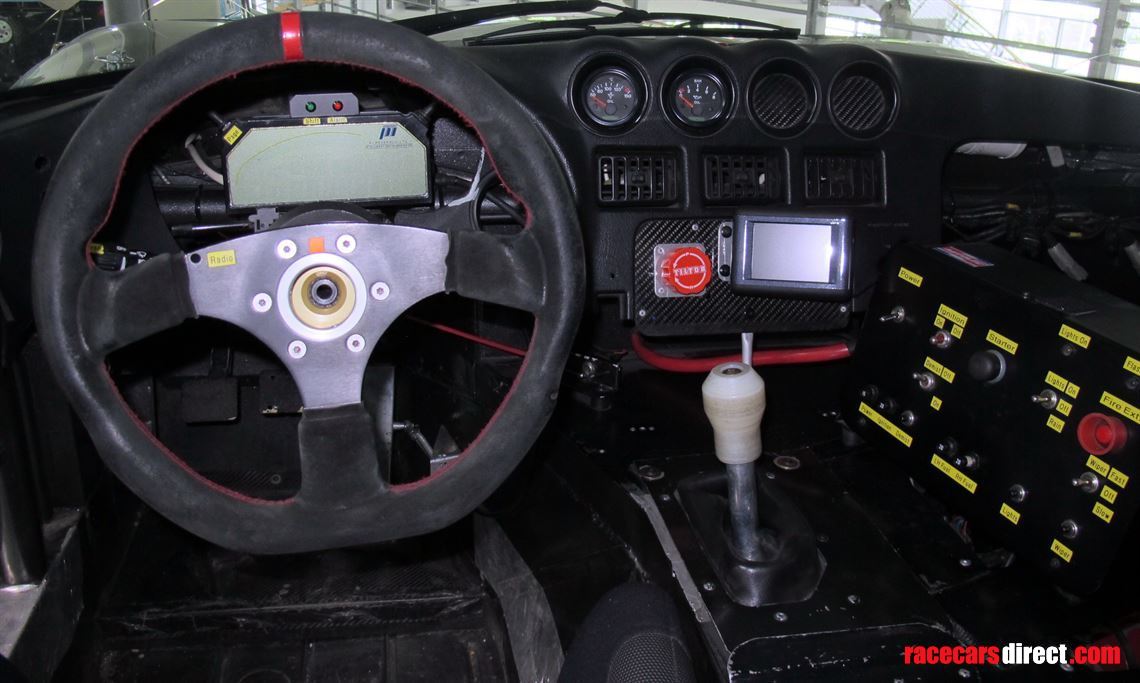 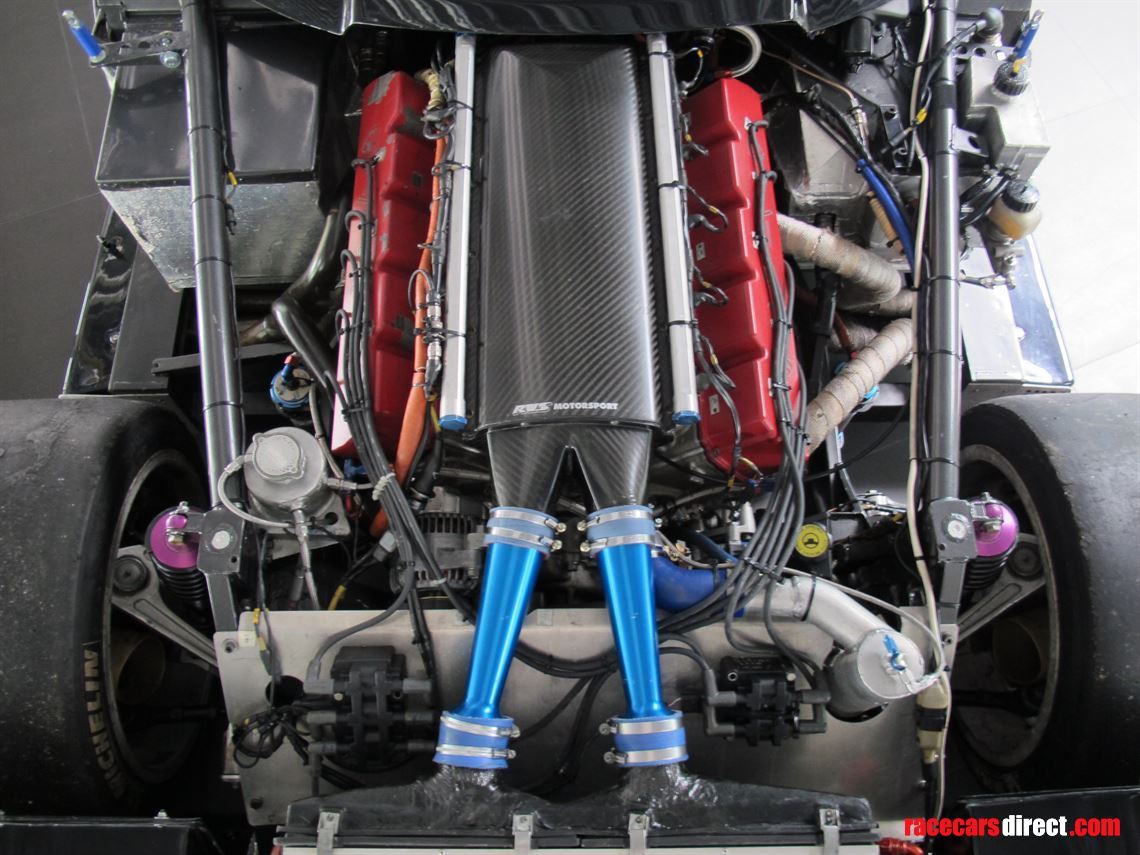 This Viper GTS was built in 1999 by Brookspeed Motorsport with support of Chamberlain Motorsport.

It was entered in the 24 Heures LeMans Race in 1999 by Brookspeed Motorsport (Start No. 86), driven by Clark / König / Lintott.

The car was later sold to Neil Waterworth and supported by John Griffiths Motorsports Ltd. The colour was changed from black to red.

In 2001 this Viper competed in the British GT Championship with Curtis Hayles as Car No. 62. In November 2004 it took part in the Britcar raceday Donington Open 2 Hour Race (3 - 6 November 2004), Car number 22, Driven by: Griffin / Neil Waterworth.

In 2008 this Viper was overall winner of the GT90s Revival Series held by Stephane Ratel.

The Viper is equiped with a Caldwell engine.

Even if this specific vehicle description has been carefully prepared and checked with the greatest effort in terms of correctness and completeness, unfortunately (also with us) despite all care errors or mistakes are not always completely excluded. In this respect, we ask for your understanding that we cannot assume any guarantee, warranty or liability for the completeness and details of the contents. Decisive are solely the agreements in the subsequent purchase contract.