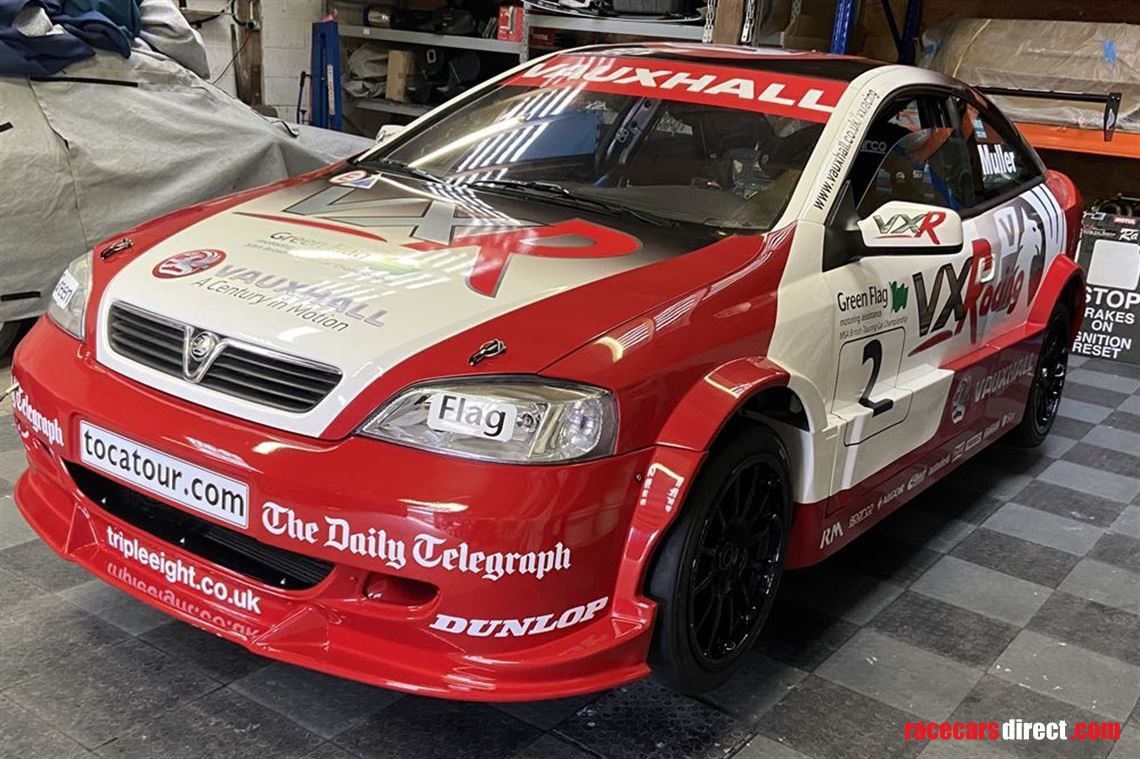 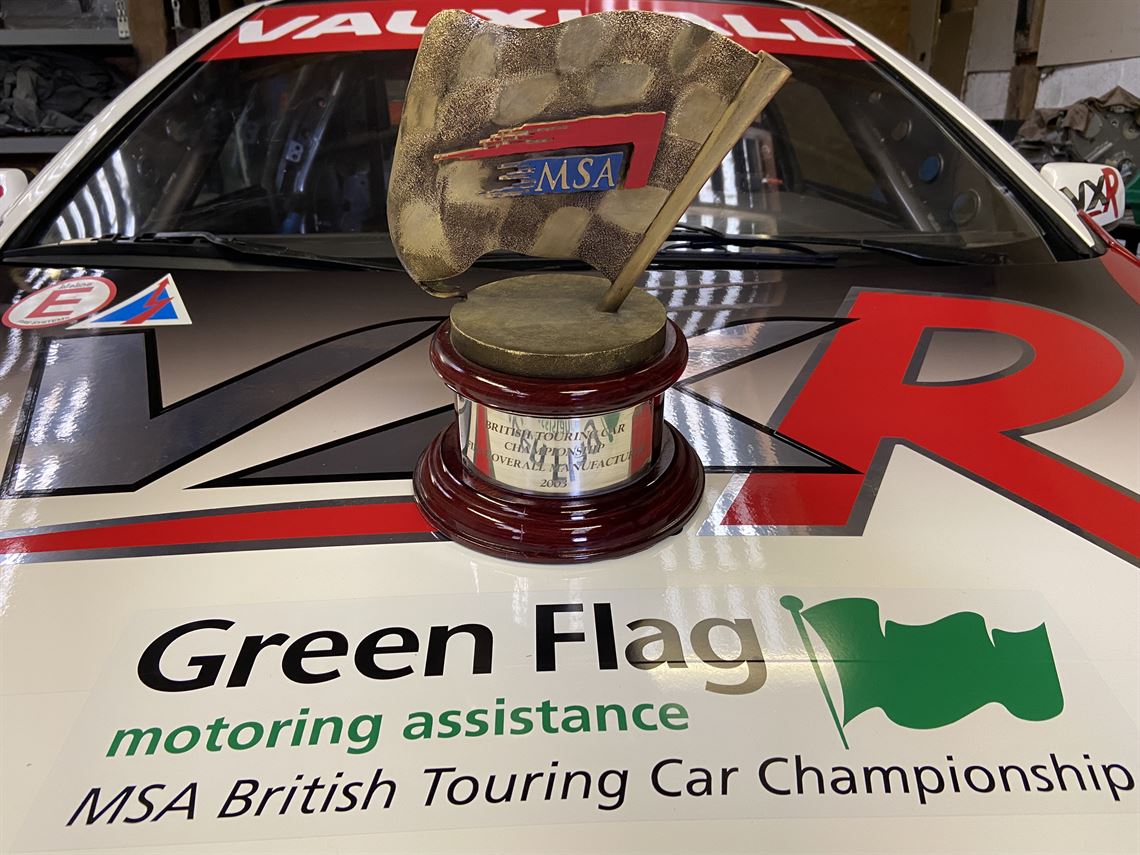 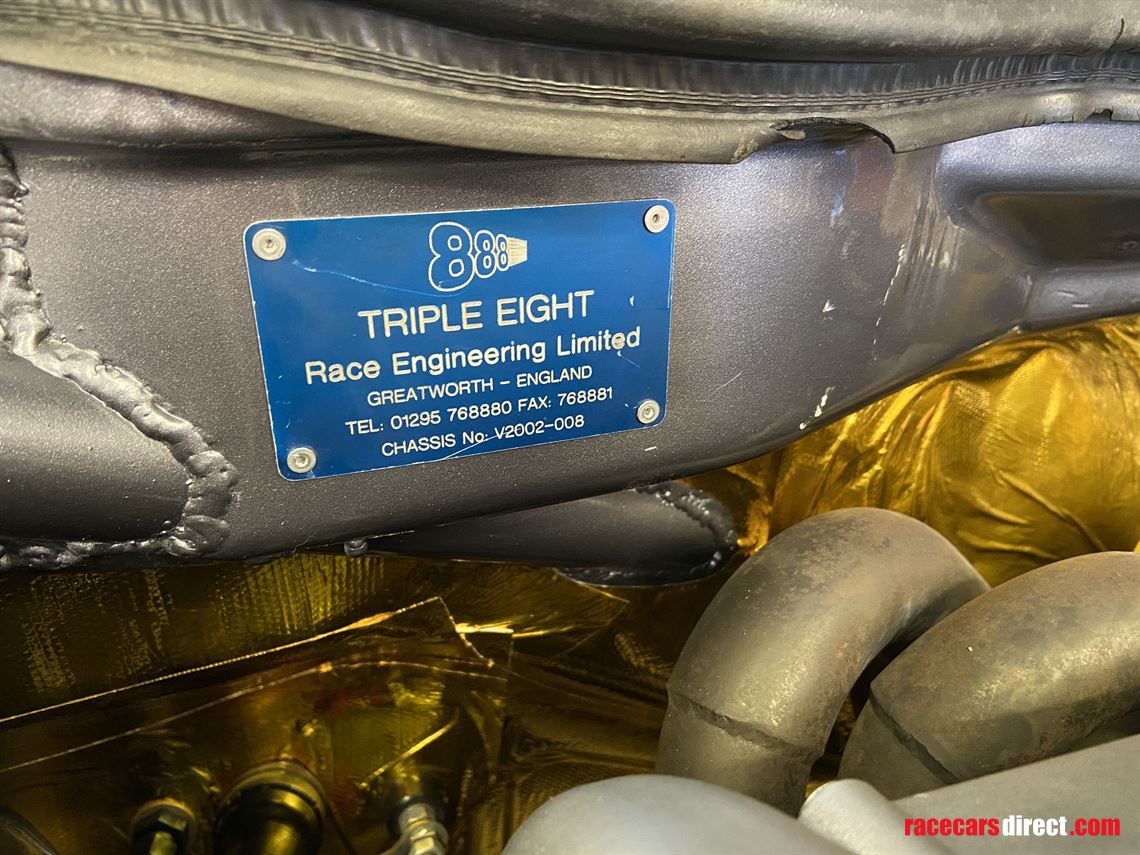 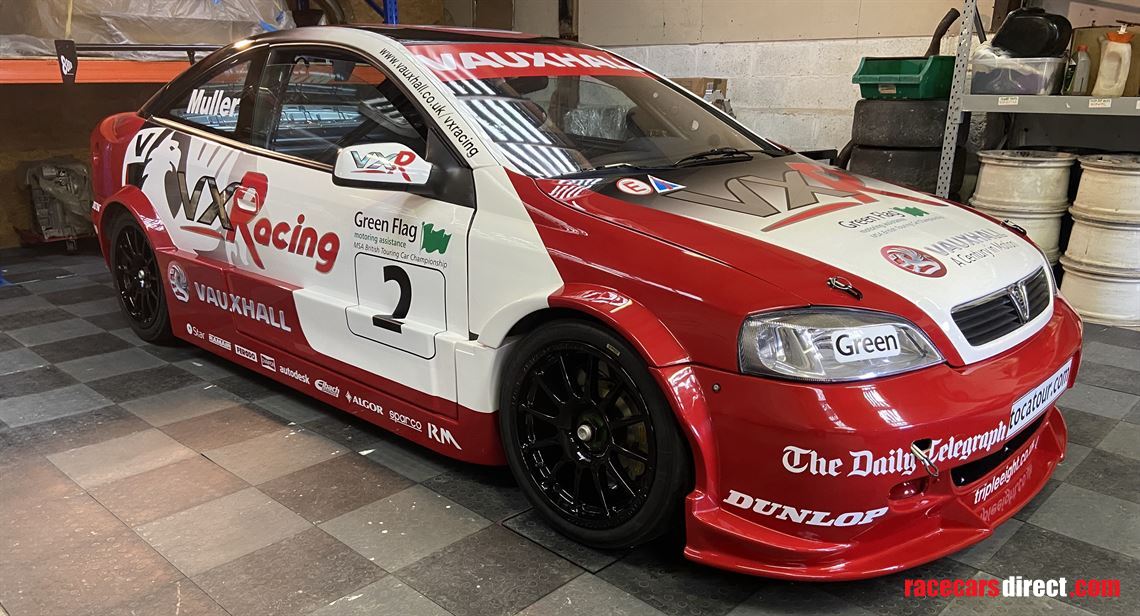 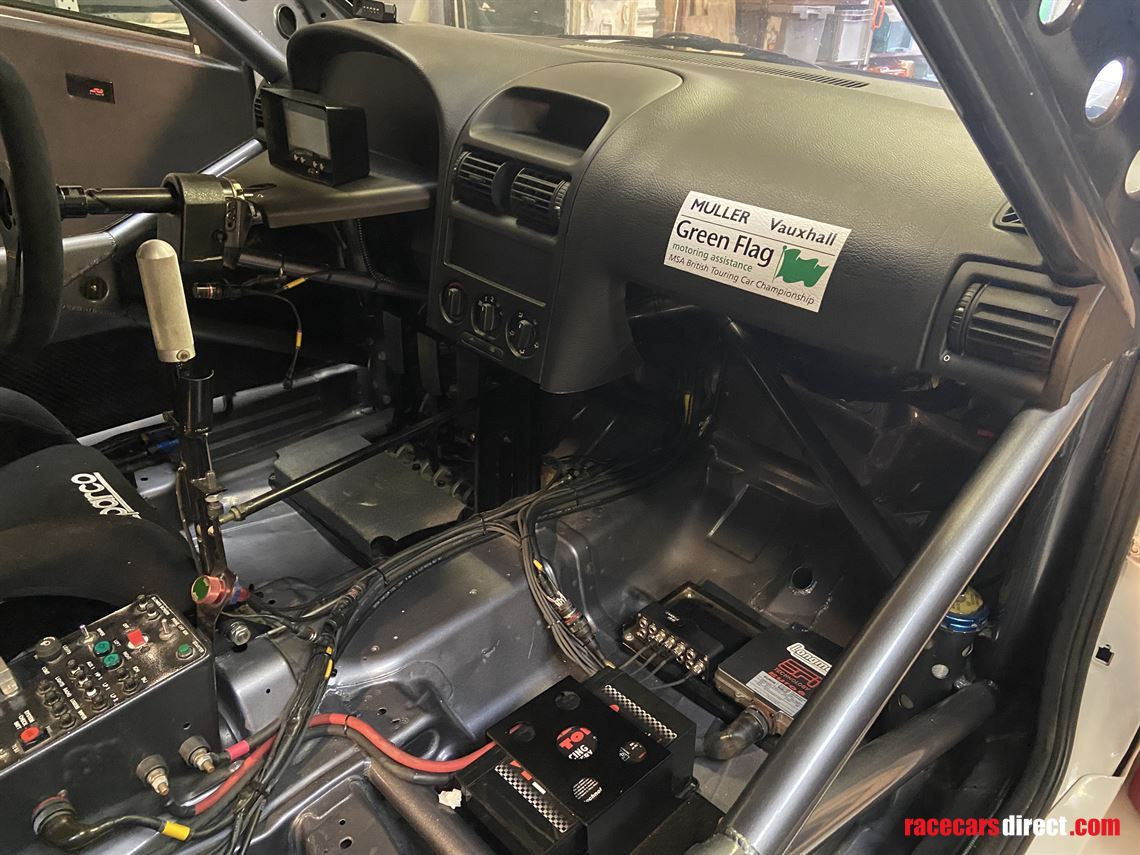 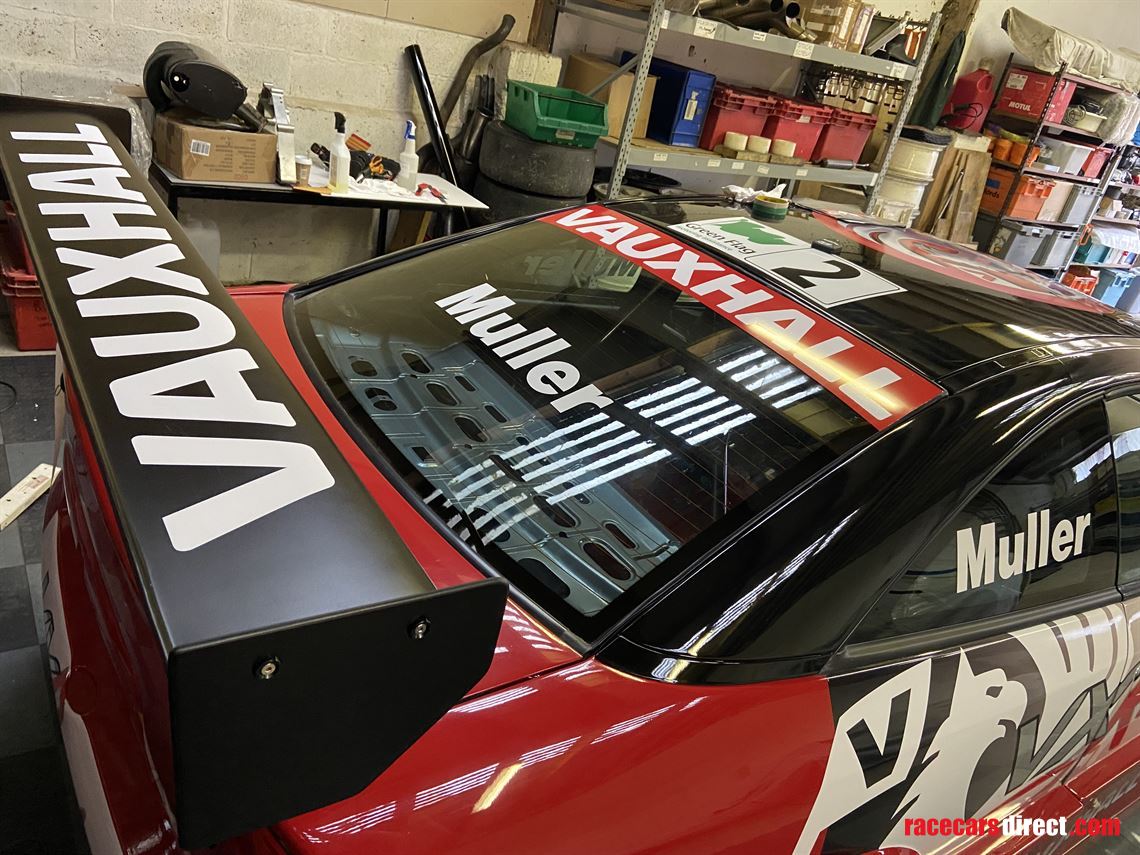 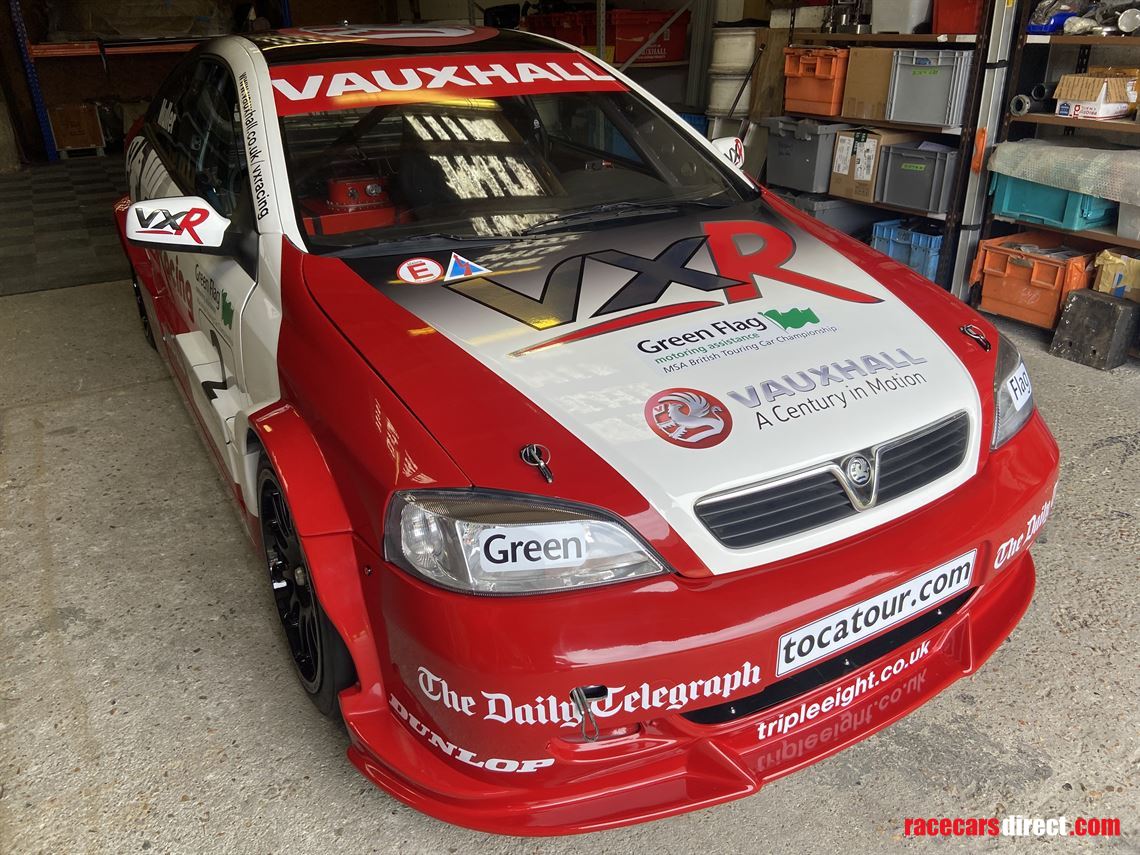 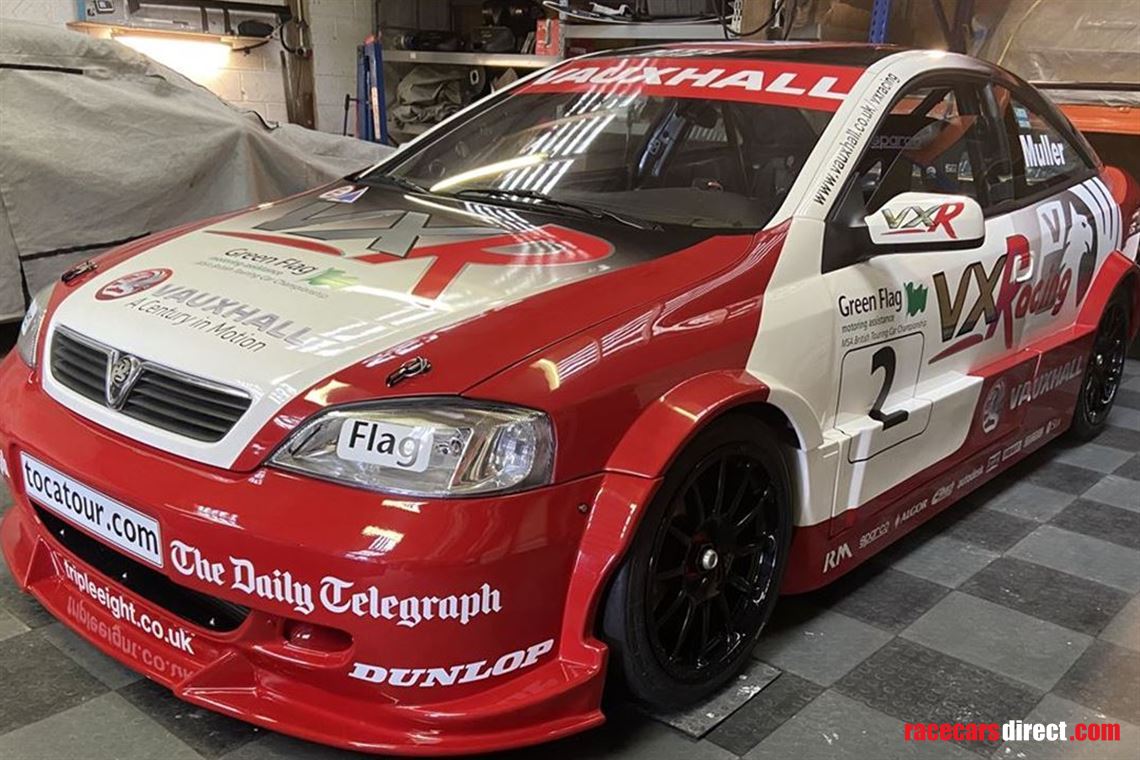 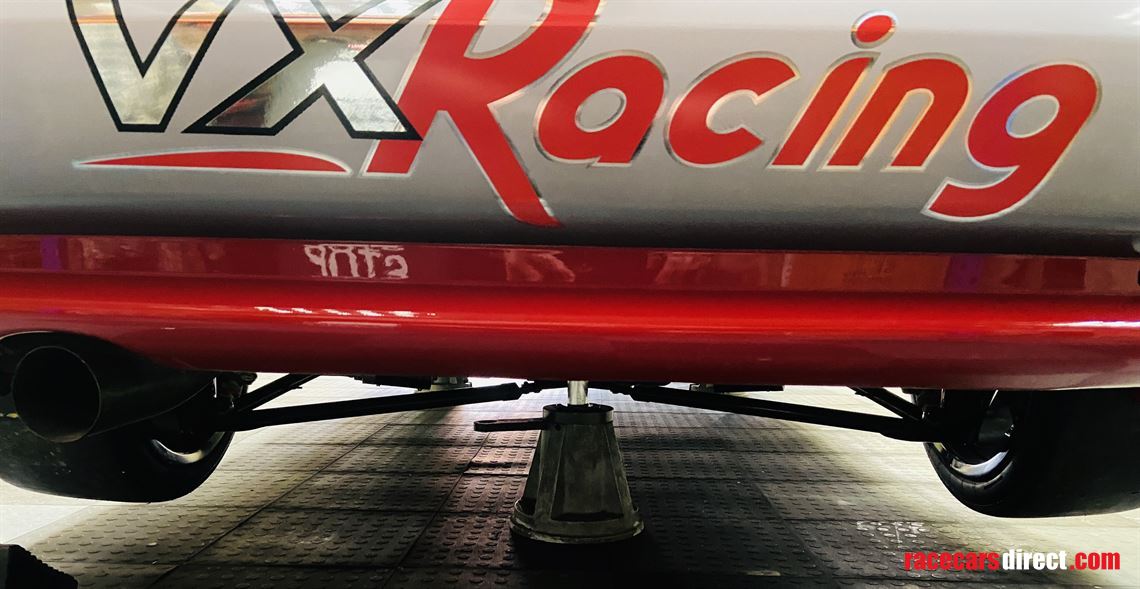 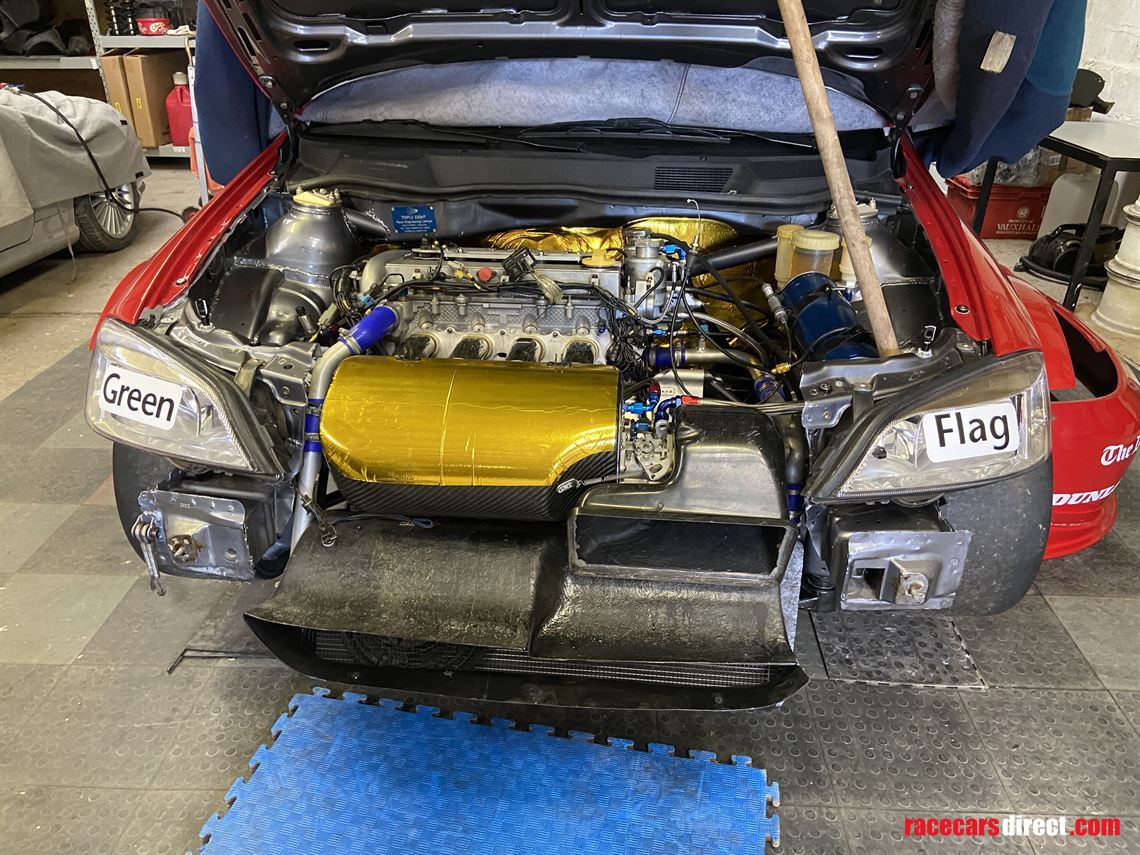 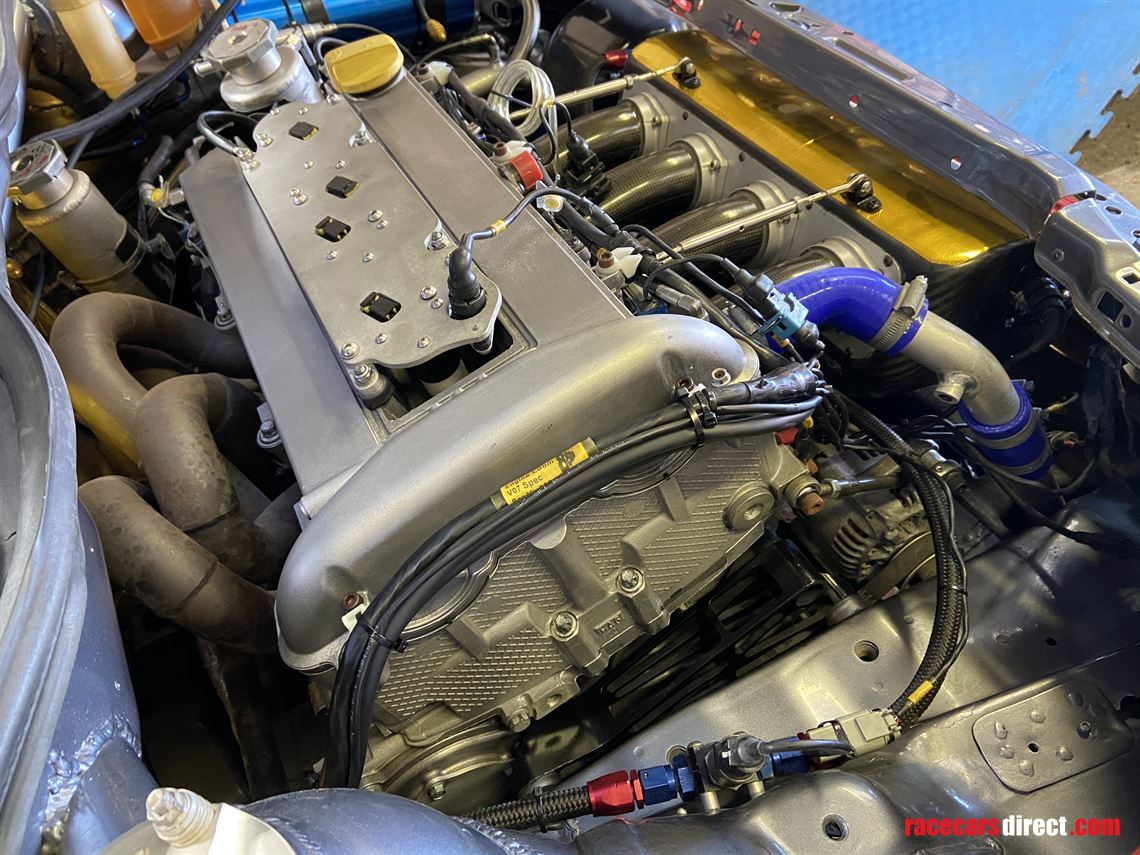 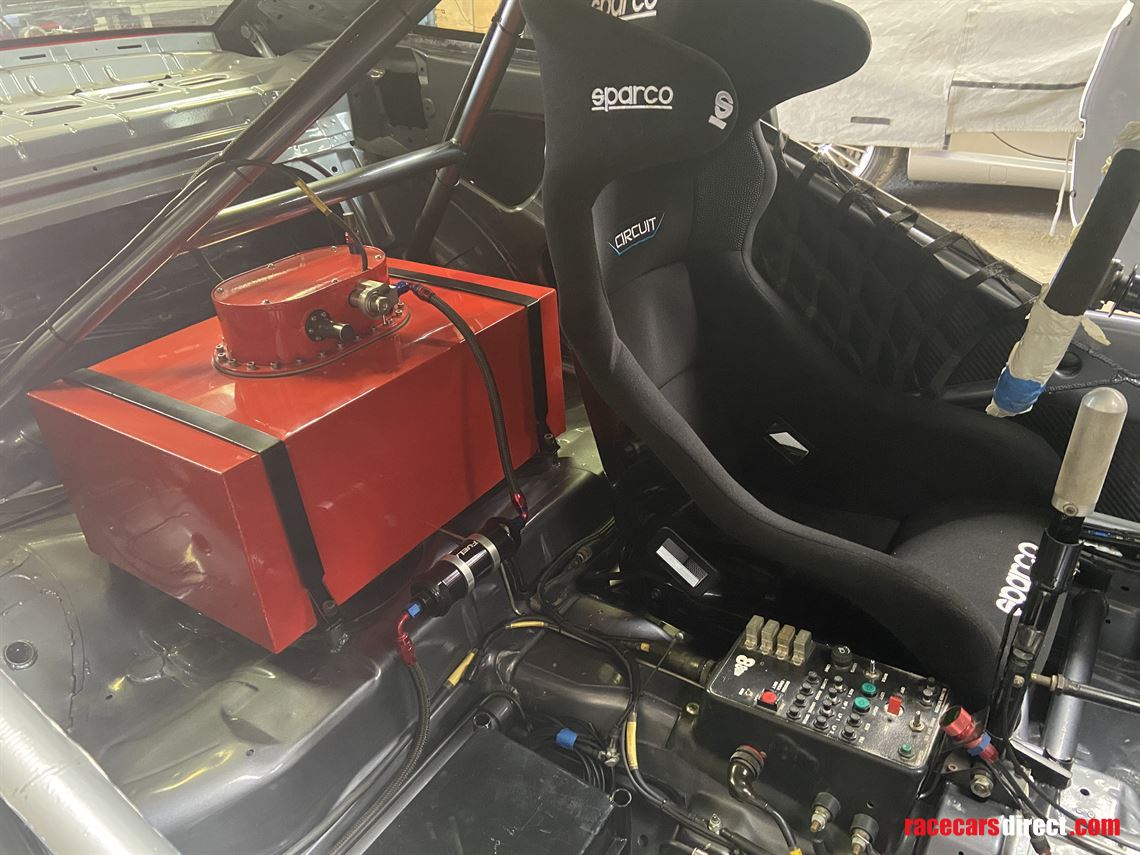 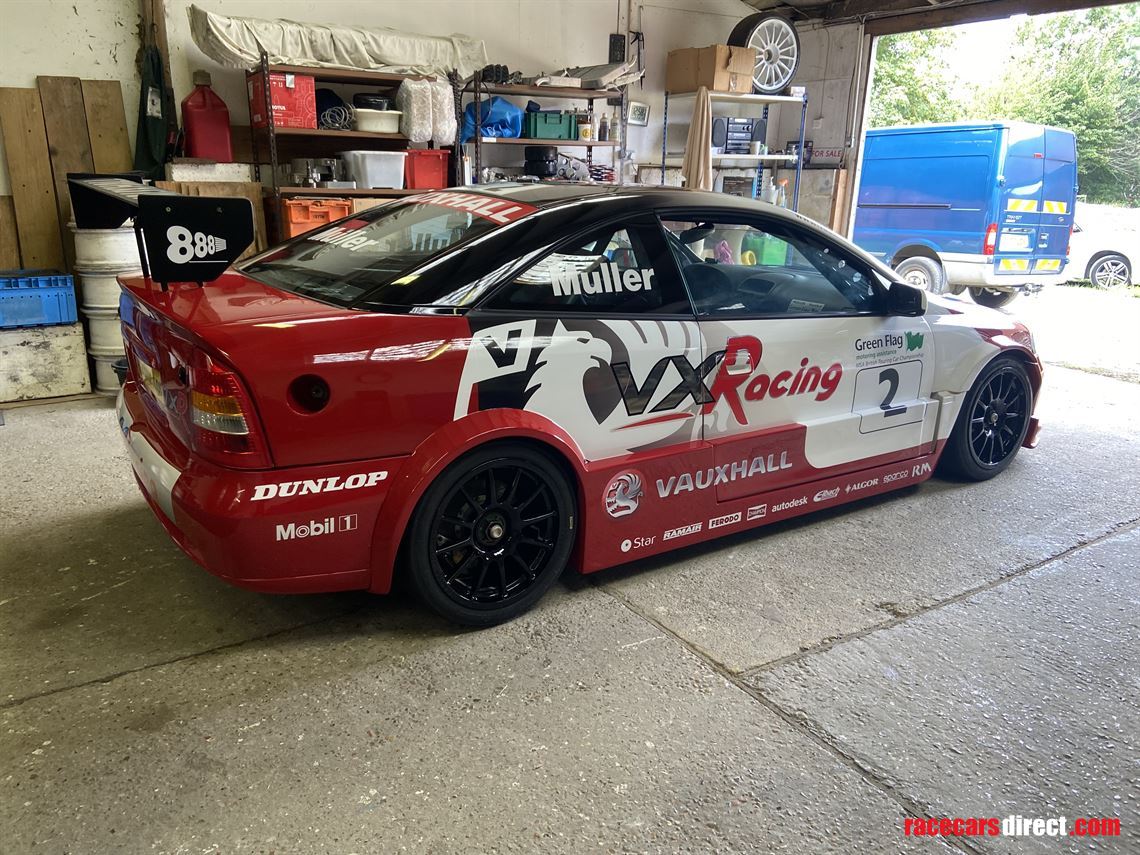 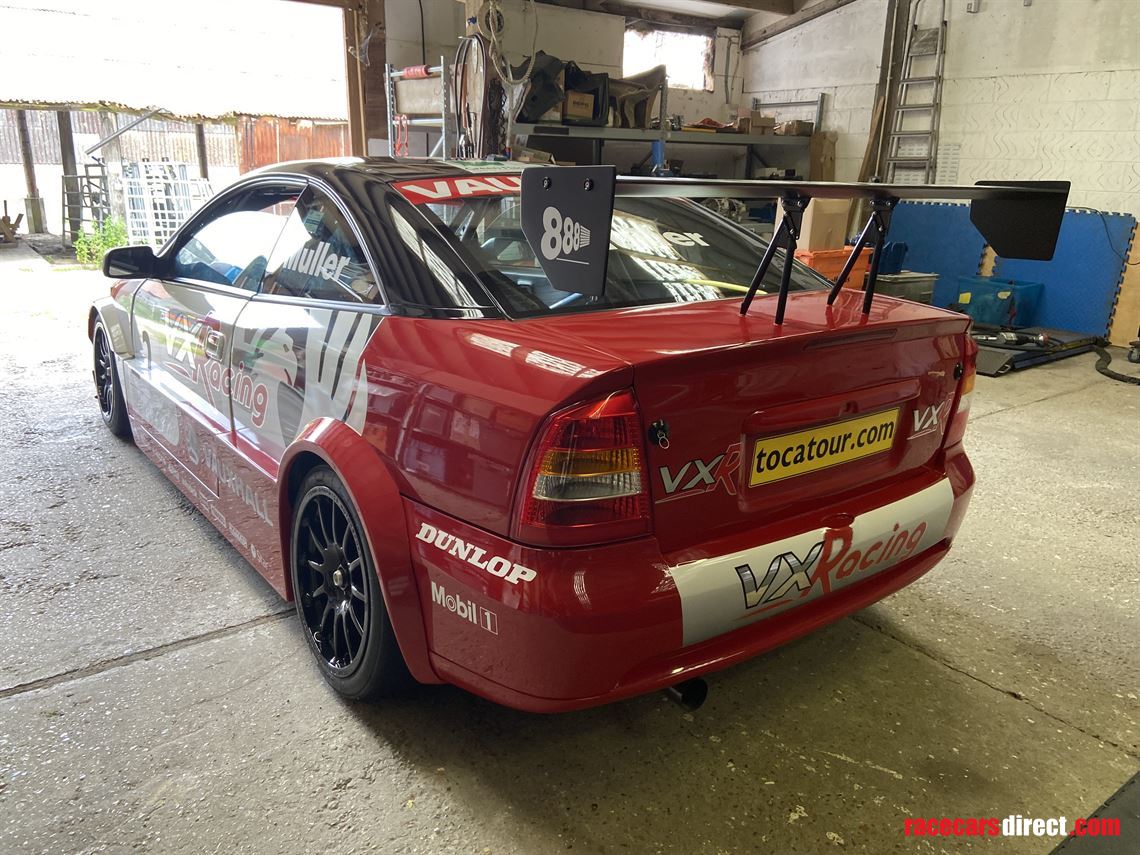 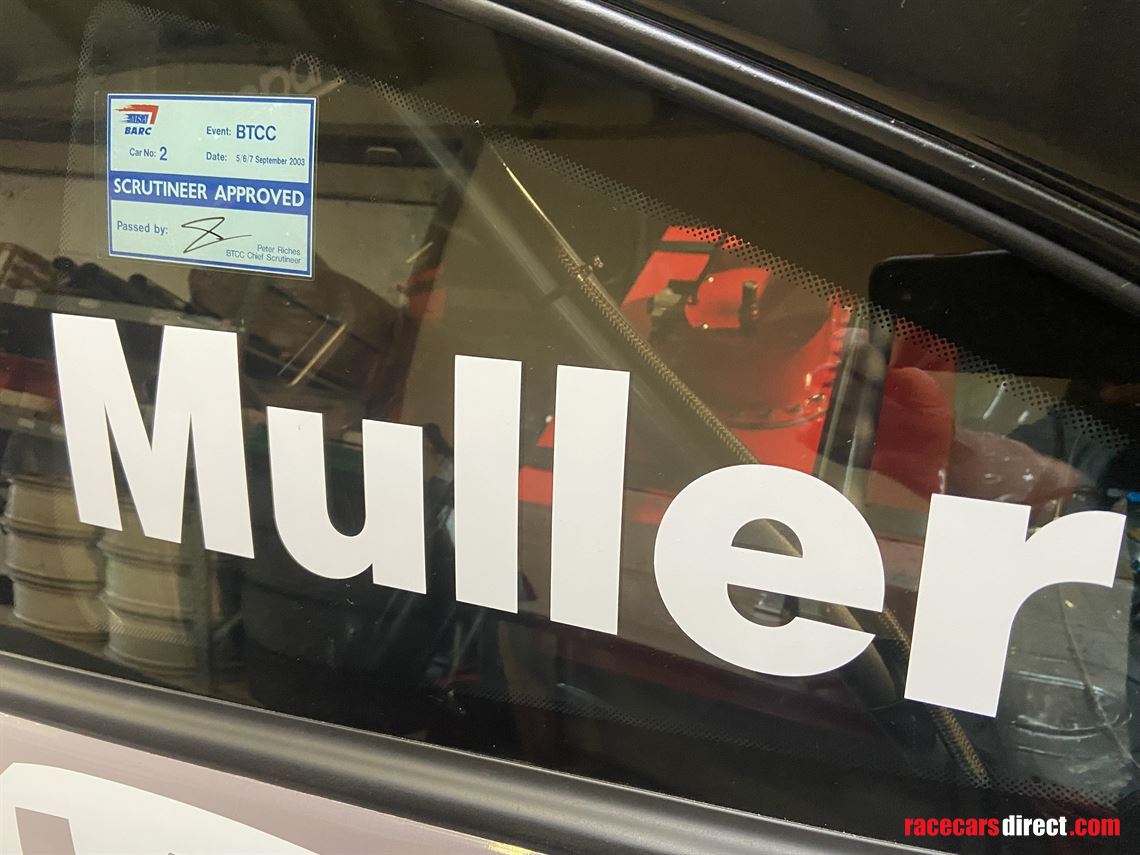 Chassis V2002-008 . Yvan Mullers Championship winning Triple Eight Vauxhall Astra . The Dominant car of the early 2000's , 888 Won everything from 2001 onwards with these amazing Cars, this particular one pressed into action for 2003 winning the outright Drivers championship with 6 outright wins , Teams and Manufacturers titles , in 2004 finishing runner up . It has the distinction of being the last Astra to compete in the TOCA format as well with Martin Johnson competing with the car upto 2010 before taking the car to the UAE to race . A recent painstaking body restoration , paint and re-livery has recently been completed , the car remains in as last raced condition with final checkups and set up wanted prior to any sustained usage . A number of very sensible more modern upgrades have been made, notably to the Sodemo /Swindon Engine , Data logger and ECU , this is now an unlocked unit allowing access ! The car is presented with 2x Wheel nut sockets, an Airjack lance alongside spare TOCA Centrelock Wheels some original airbox and ducting . Set up sheets, a Gearbox Manual and its period last logbook show its continuous history and provenance . A BTCC Works Winning car in all round well presented condition ! Happy to listen to Sensible offers from Serious buyers .

The Triple Eight Race Engineerings most winning chassi V2001-005 is for sale.