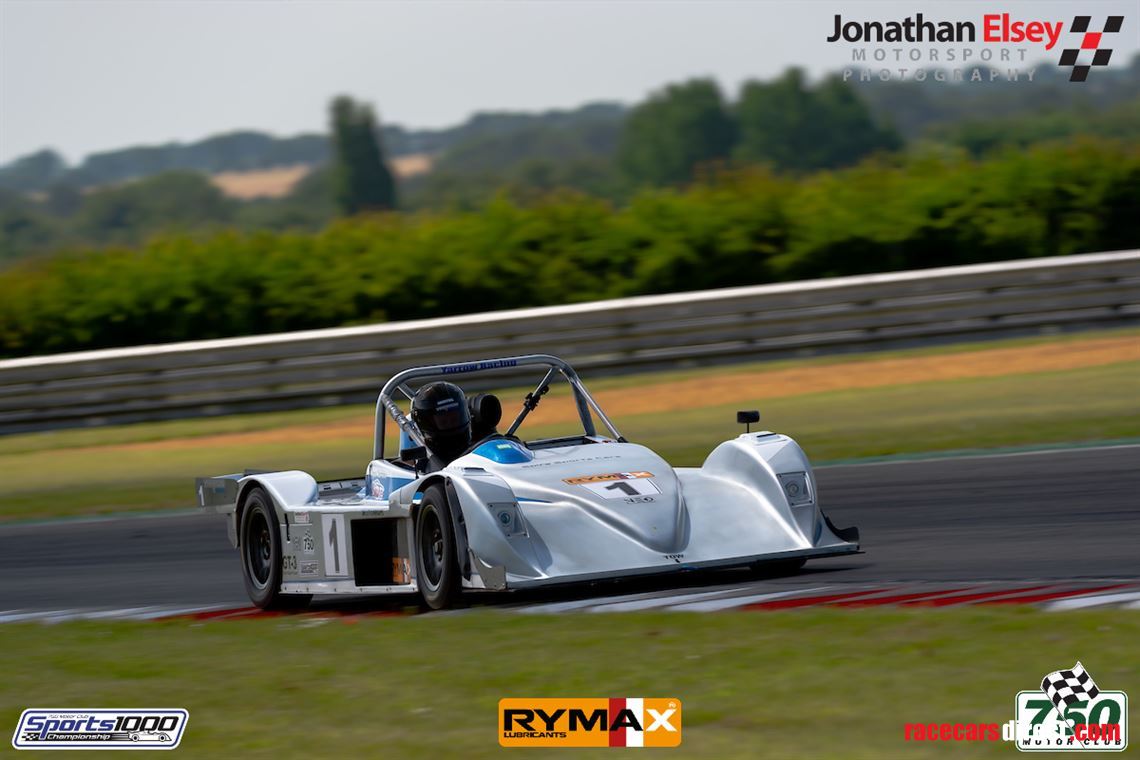 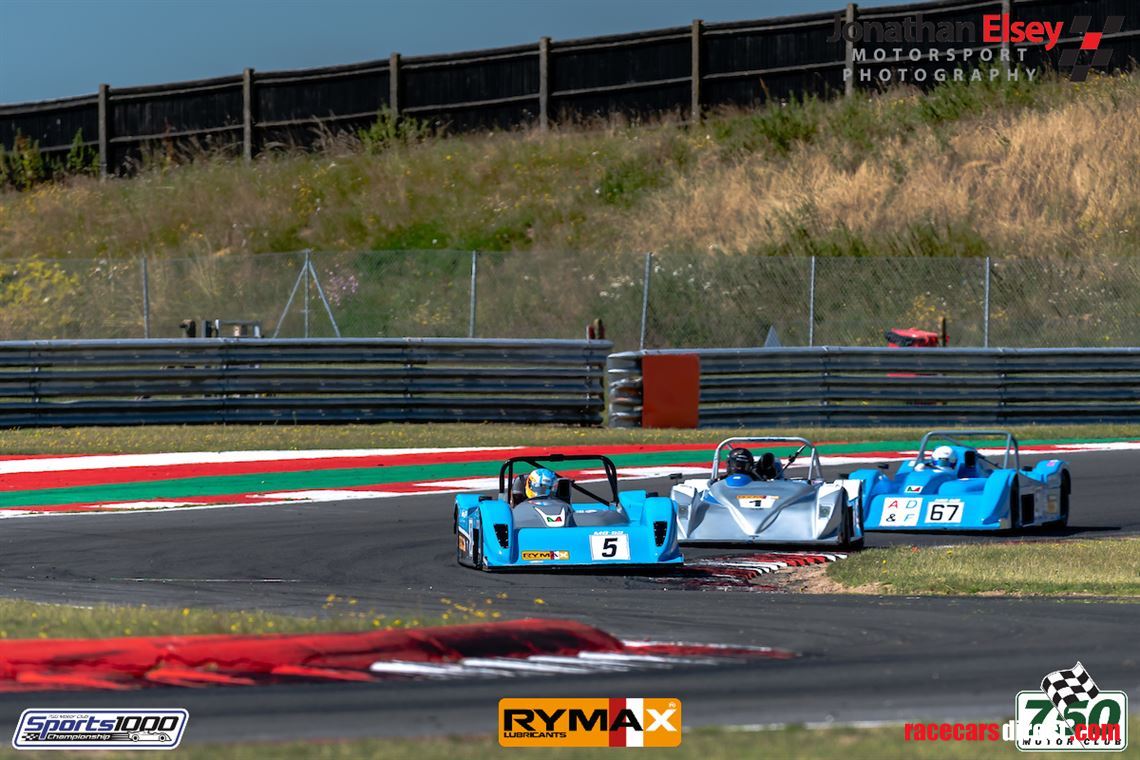 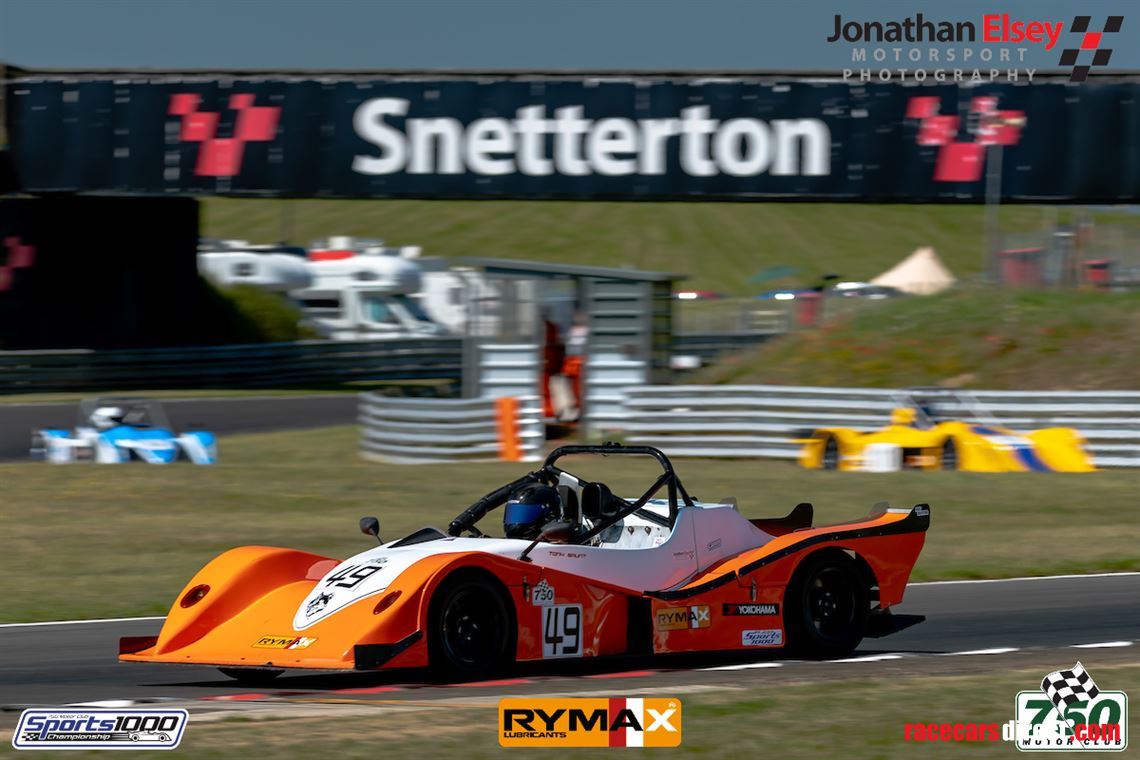 The third meeting in the Rymax Lubricants Sports 1000 Championship took place in sunny Norwich at the Snetterton 300 Circuit. Much like previous events, the oppressive heat would prove to be an influential factor with competitors snaking around the 3 mile stretch of tarmac. Both Saturdays’ and Sundays’ races would prove that Sports 1000 is the place to find electrifying action right up to the chequered flag.

It was the defending Champion Ryan Yarrow taking Pole Position by 0.02s from the flying Frenchman Victor Neumann in second, who had lead qualifying until the final lap of the session. Rich Miles fresh from his latest win at the previous round closed out the top three with Michael Roots and Colin Chapman close behind him.

Matthew Minett reclaimed his pace that he had shown at his first event and qualified in Sixth with the Mittell of Tom Johnston just over 0.1s back.

Off the line both Yarrow and Neumann were side by side going through the first corner Riches, Neumann would lead by the exit with Yarrow shadowing his every move. Miles would get the better of Roots from the start however Roots would pass Miles under braking at the Wilson hairpin. Colin Chapman would keep Fifth place with Tom Johnston and Carl Austen following closely behind.

In the pack behind Tony Gaunt and Stephen Dean were joined at the hip going through Wilson and stayed that way through Palmer before Dean managed to nip Infront under braking. Ian Hutchinson would challenge the Spire of Minett after another lunge into Wilson however Minett managed to stave off the attempt and was now on a charge forward.

The front 2 managed to break away from the pack and were nose to tail for the whole race. The battle for Third began to hot up on lap 2 when Rich Miles slipped past Roots at Agostini, Roots stayed glued Miles doing near identical lap times for three-quarters of the race.

A quintet appeared in a fight for Sixth involving Johnston, McGill, Spicer, Austen and Phil Hutchins. This waged on for the whole race with no quarter given; Spicer passed both Austen and McGill then charged up the road towards Johnston, who he would pass on Lap 3. Johnston would not relent and would stay with Spicer before returning the favour a lap later. The leaders were trading fastest laps throughout the race; Yarrow began to force the issue with Neumann defending at every corner. On the penultimate lap of the race the defending Champion snuck through in to the lead at Williams, however it was not over as Neumann drafted his way alongside down the Bentley Straight passing Yarrow only to fall back into Second as they went under the bridge in to Brundle. Similarly; the skirmish for Third intensified as Miles and Roots went side by side at Riches and in to Wilson, Roots came out ahead only for Miles chain to break ending his race prematurely.

Spicer managed to stay with Johnston and passed around the outside of Oggies with great traction promoting him to Fifth.

The top 2 would remain the same with Yarrow coming out on top with Neumann in Second. Roots would finish in Third and Chapman in a very lonely Fourth.

Neumann would line up on pole after claiming the fastest lap from Race 1. Unfortunately, Rich Miles and James Walker would not start the Second race.

Neumann would keep his position off the line with Yarrow and Roots close behind him. The Frenchman would go defensive in to Wilson, with Roots passing Yarrow under braking slotting in behind his Mittell teammate. Neumann was clear until he reached the third turn of Palmer where he locked the front brakes allowing Roots to pass. Yarrow would also take advantage and slide up the inside of Agostini. Little did the watching crowd know of the treat they were in store for.

Tom Johnston would get a great launch passing Chapman around the outside of Riches before losing the rear on the exit with the whole field taking evasive action, allowing Johnston to return to the pits.

Chapman would draft Austen along the Bentley Straight and would outbrake him around the outside of Brundle to hold the inside of Nelson. Chapman would ease away from Austen to hold Fourth. Matt Thomas would attempt the same manoeuvre on Phil Hutchins; the searing tarmac would catch Hutchins out as Thomas was alongside, he slid on to the grass on the inside of Brundle. Matthew Minett would pass McGill for Sixth pulling a gap to maintain his best finish of the year. Colin Spicer would hound the TGM Spire of McGill eventually going side by side on the Senna Straight before Spicer would hold the inside into Wilson. McGill would not lose touch and stay within 1.0s until the finish.

Tony Gaunt in the only Wolfe in the field; would climb to equal his best finish of the year close behind Stephen Dean, trading lap times separated by 0.3s at the chequered flag.

Back with the trio fighting for the podium positions; Neumann would draft Yarrow along the Senna Straight and go two abreast at over 130mph, Neumann attempted to go around the outside of Riches, however Yarrow would not yield as they stayed together until Wilson, where the Spire of Yarrow would hold Second. Neumann would wait until the Bentley straight to attempt another Sports 1000 overtake around the outside of Brundle, however Yarrow would cover this off and immediately be on the back of the Roots for the lead. Neumann would attempt the same move again a lap later with success and promote himself to Second.

Newcomers to the Championship Ian Hutchinson and Paul Sawyer would battle on the outskirts of the top ten in 11th earning good points in this novice conflict.

Neumann would draft Roots along the Senna Straight before sending it into Riches claiming back the lead he had lost on Lap 1. On the same lap, debris in the middle of the track would keep the three together. Unusually for this race, Roots went up the inside of Brundle and reclaimed the lead, pulling two car lengths on Neumann. Yarrow would slip underneath Neumann at Coram and again go two abreast on the Senna Straight, another lunge into Wilson would put Neumann back into Second. The two Mittell’s’ would finish 0.26s away with Yarrow taking third.

The next round is at Anglesey on the 21st/22nd August.