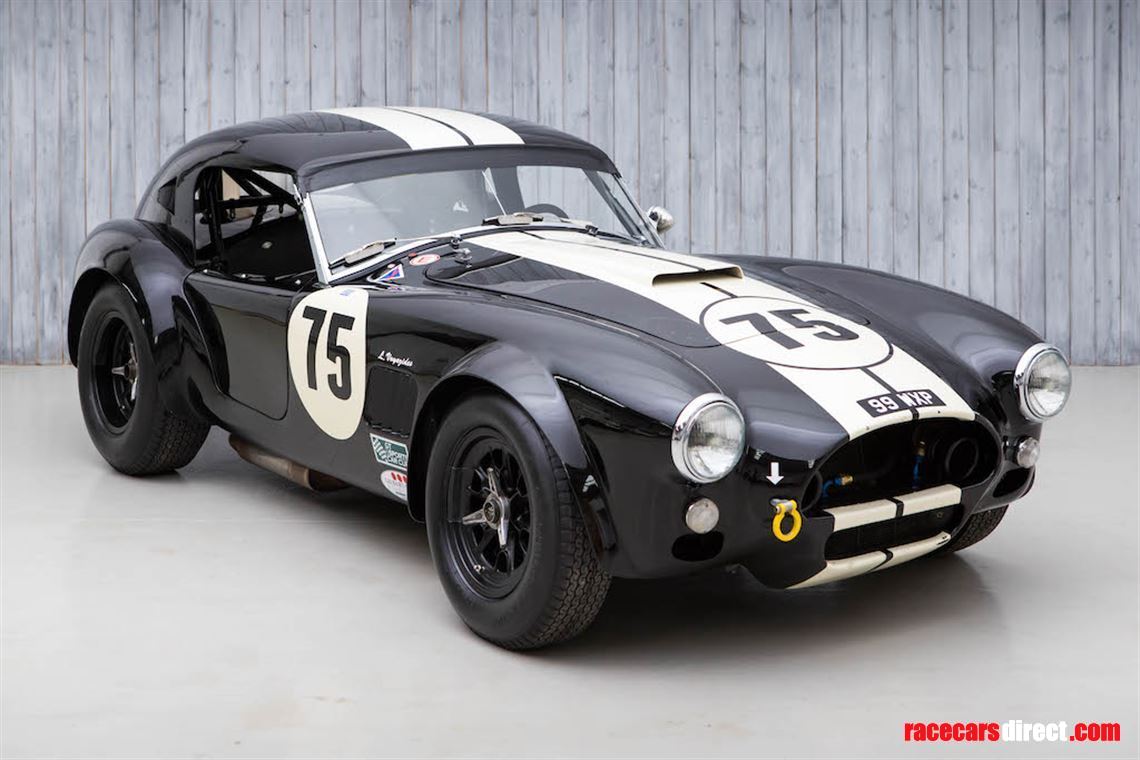 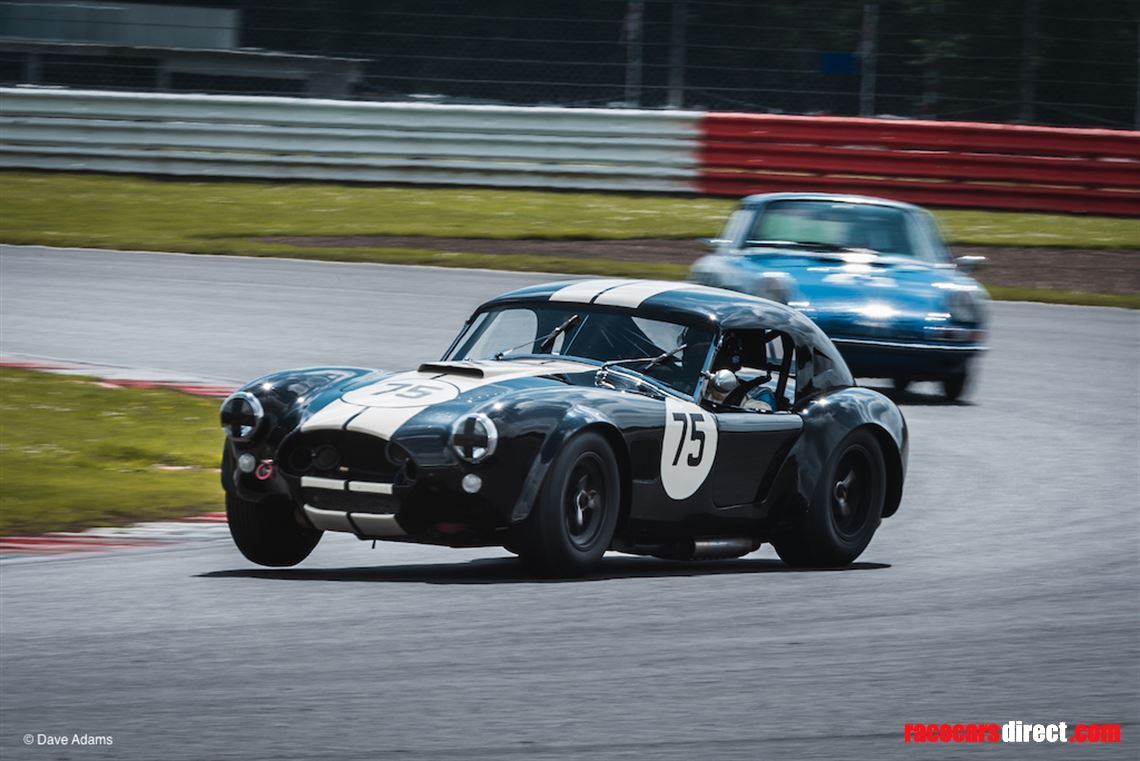 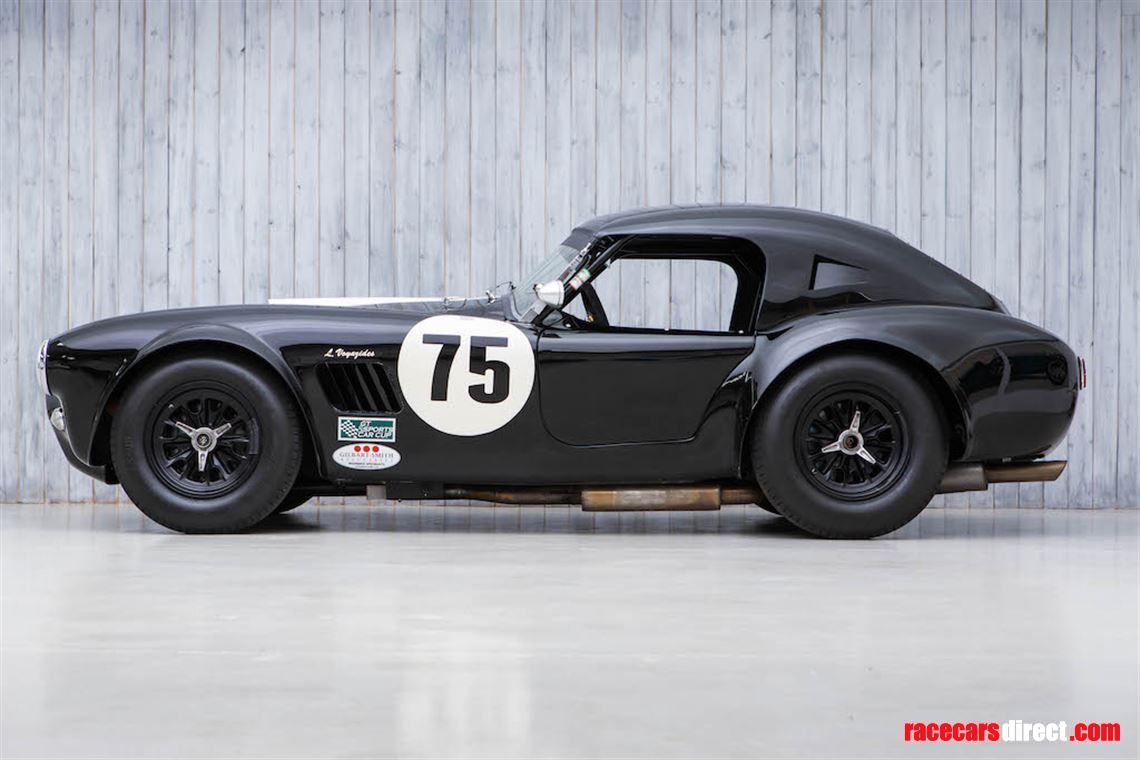 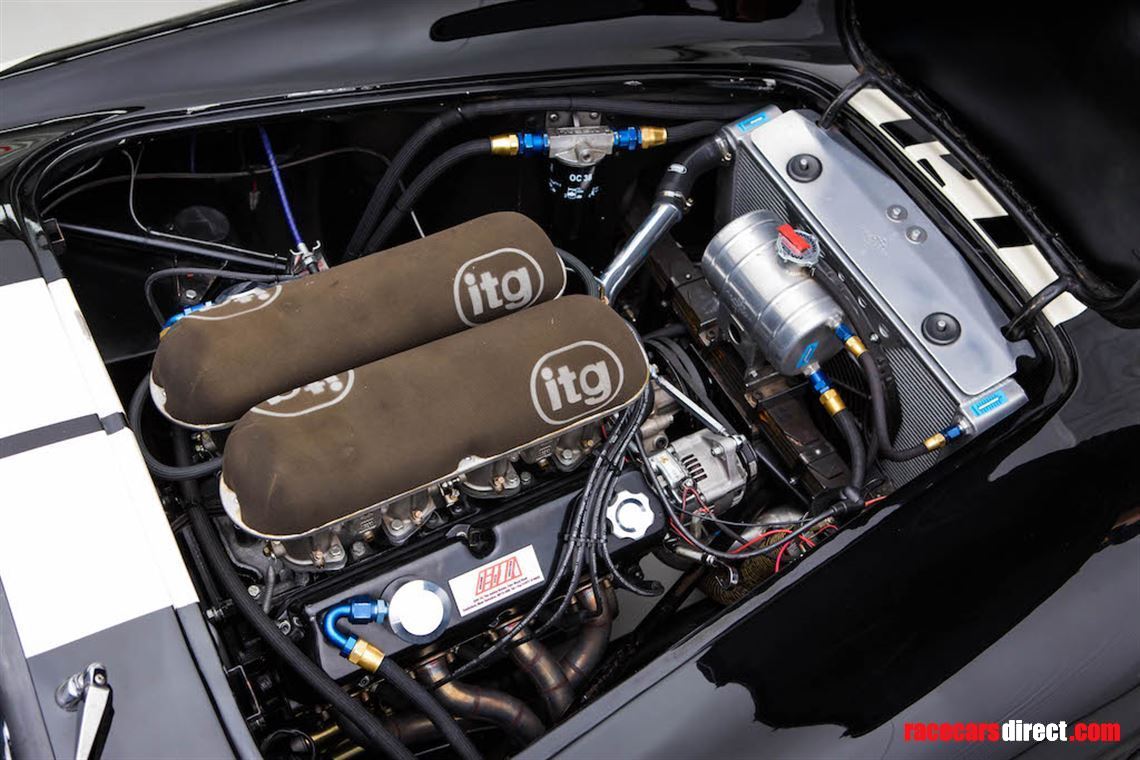 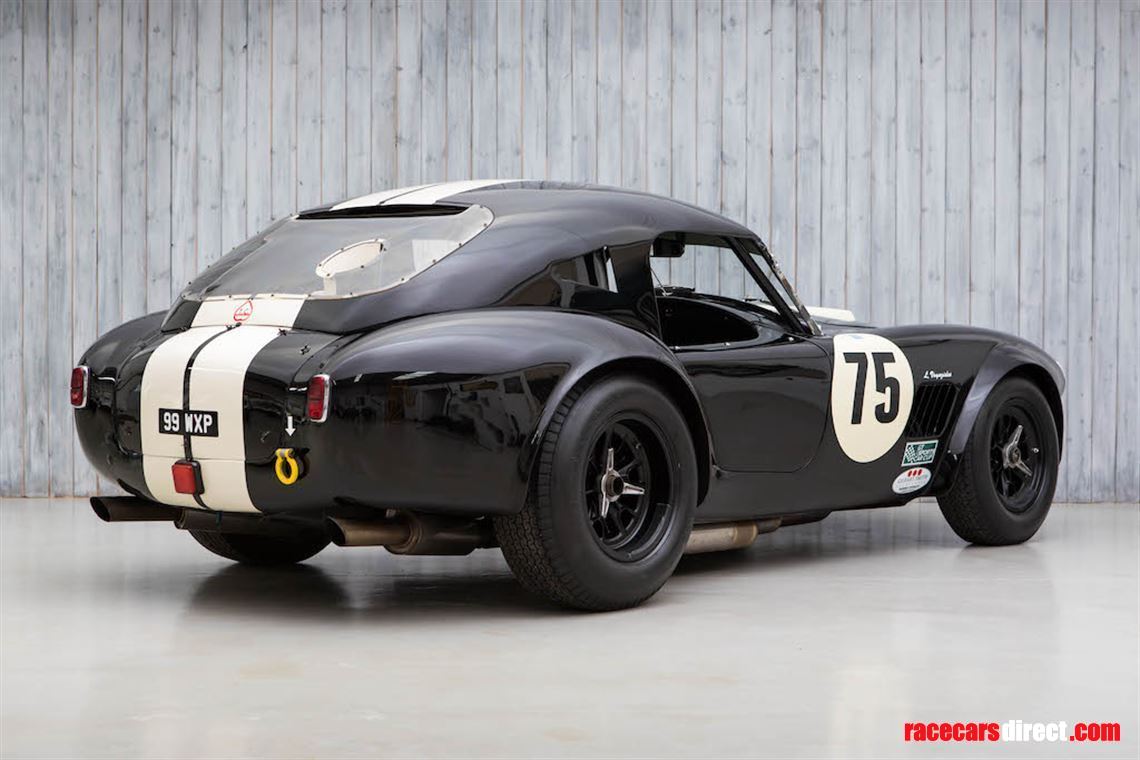 Built in mid 1964, finished in Princess Blue with red leather interior and fitted with a very rare Shelby numbered, Ford supplied, exclusively Cobra interim specification engine, which still accompanies the car today. CSX2532 received a variety of ‘Class A’ accessories including dual 4V carburettors, a bonnet scoop and chrome wheels with white wall tyres before being supplied to Jerry Alderman Ford in Indianapolis.

Inspected by Cobra expert Chuck Gutke in 1978 for purchaser Gordon Stennes and declared without doubt to be a true Cobra. Then restored with Stennes at which point a new FIA style, wide arch body was fitted and preparation for vintage racing with the SVRA in the USA was completed.

Having remained in the Stennes family ownership until 1991, CSX2532 passed through four more owners before entering the current ownership in 2006 at which point it underwent further race preparation.

A familiar sight at circuits throughout Europe, CSX2532 has been hugely successful and shown itself as one of the fastest Cobras in historic racing, with multiple Masters Gentleman Drivers and GT & Sports Car Cup championship titles and race victories in Peter Auto’s Sixties Endurance.

Confirmed by the ACOC and SAAC as a genuine Shelby Cobra. As it sits today the engine remains low mileage, with the gearbox and differential both being fresh, and FIA HTPs valid until 2025. CSX2532 is accompanied by a wealth of original parts, including the original Shelby numbered engine, and useful package of racing spares. You will be hard pressed to find a more able Cobra.

Eligible for Goodwood, Silverstone, HRDC, HSCC and all other Classic Saloon and Touring Race Events.

Built for Formula Drift, currently driven in DMEC. One of the FASTEST and CRAZIEST of machines!

A race/track prepared E30 M3 finished to a high standard.