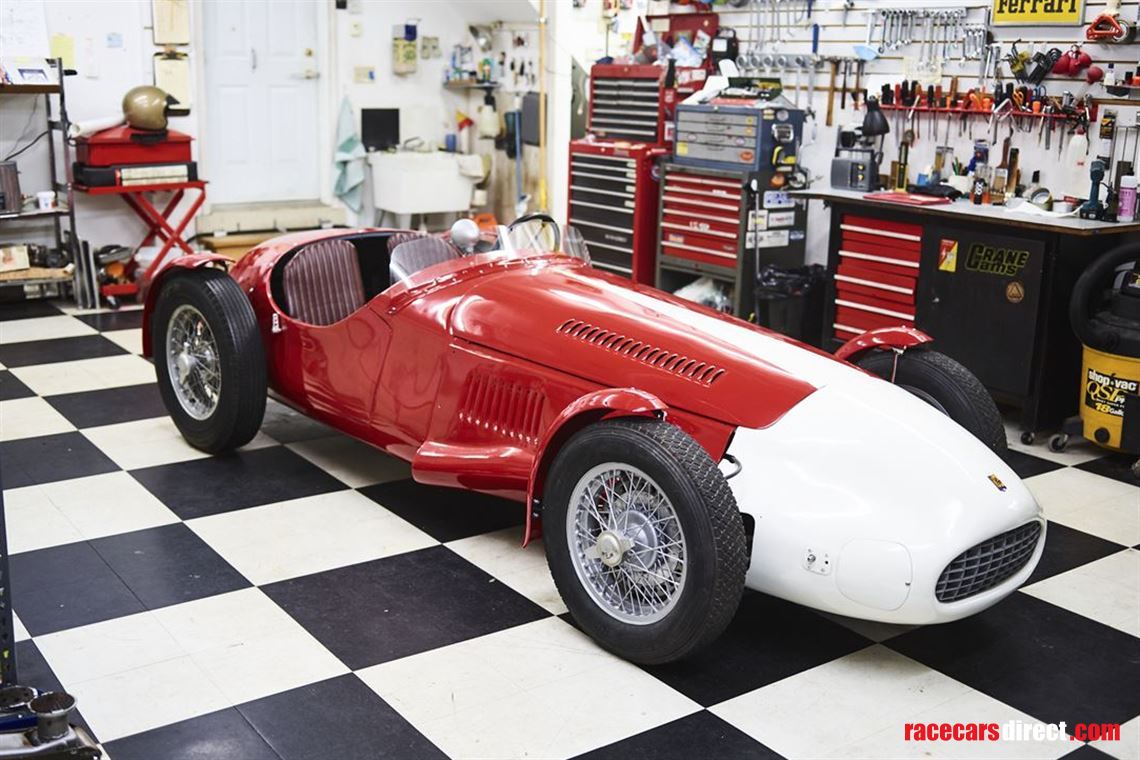 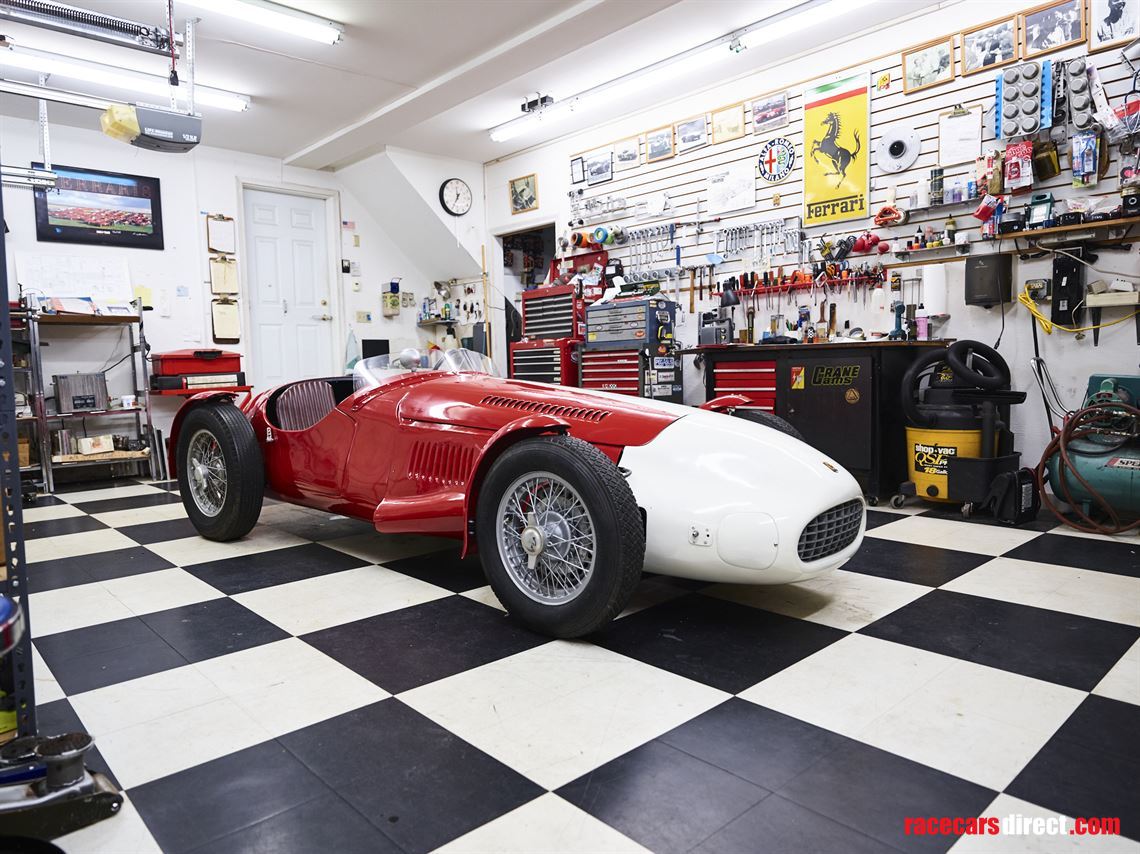 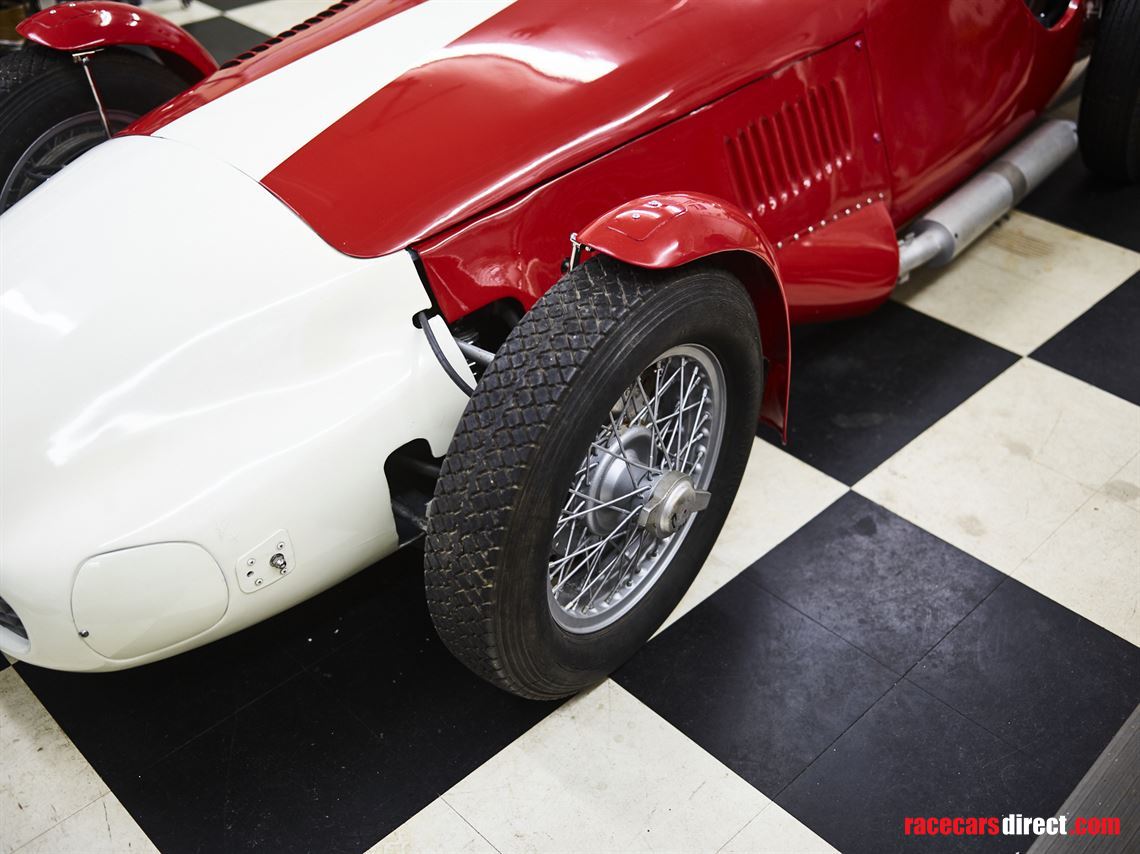 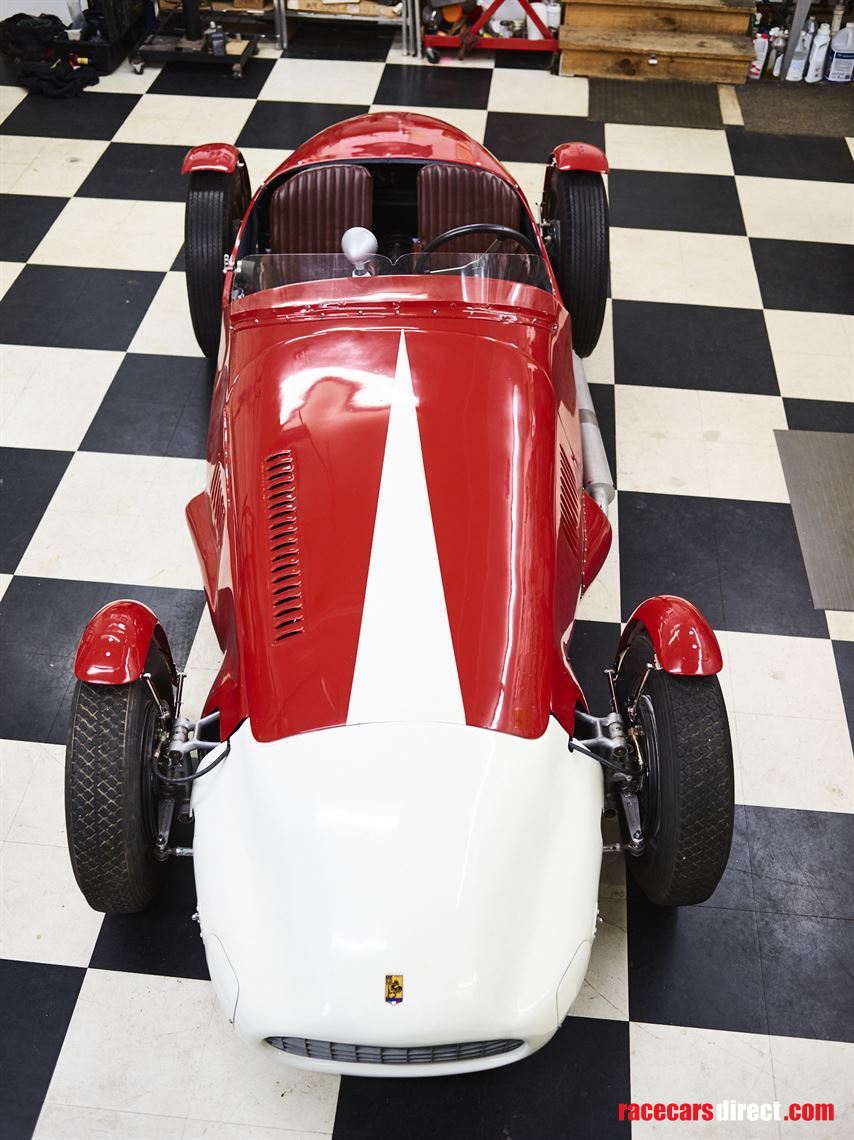 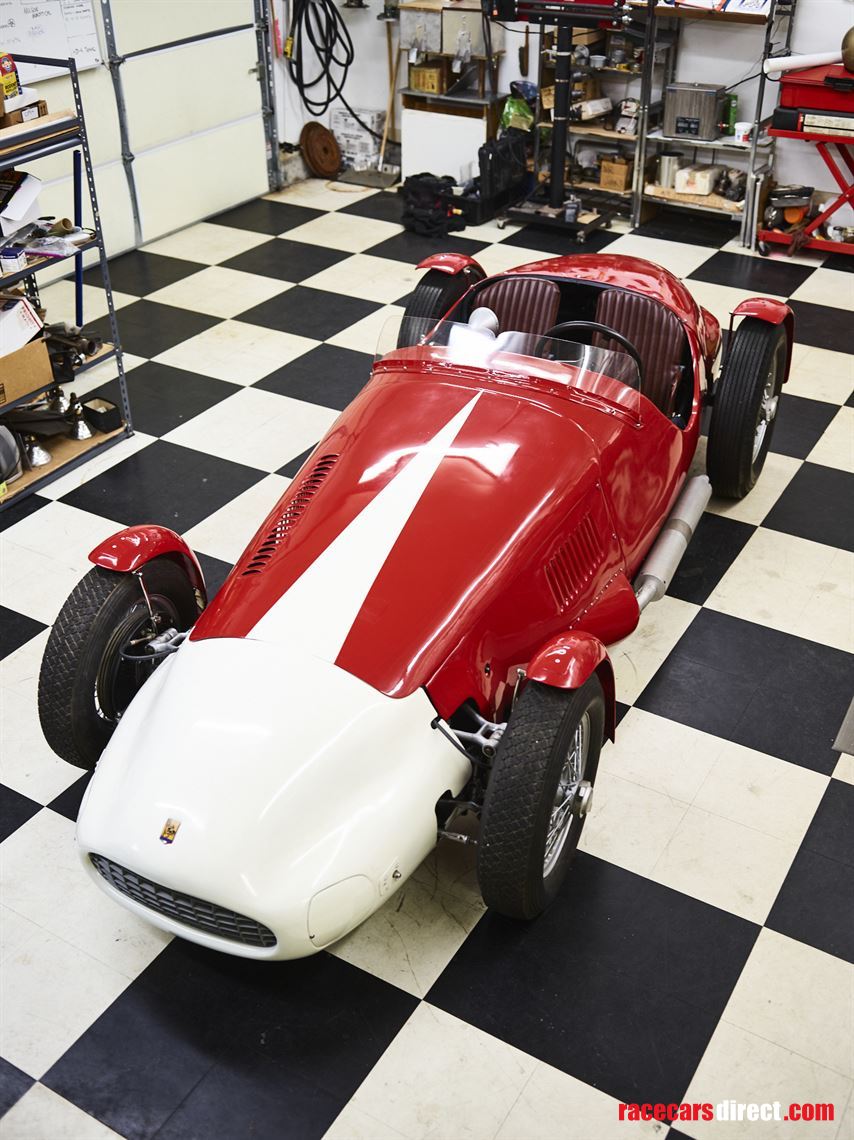 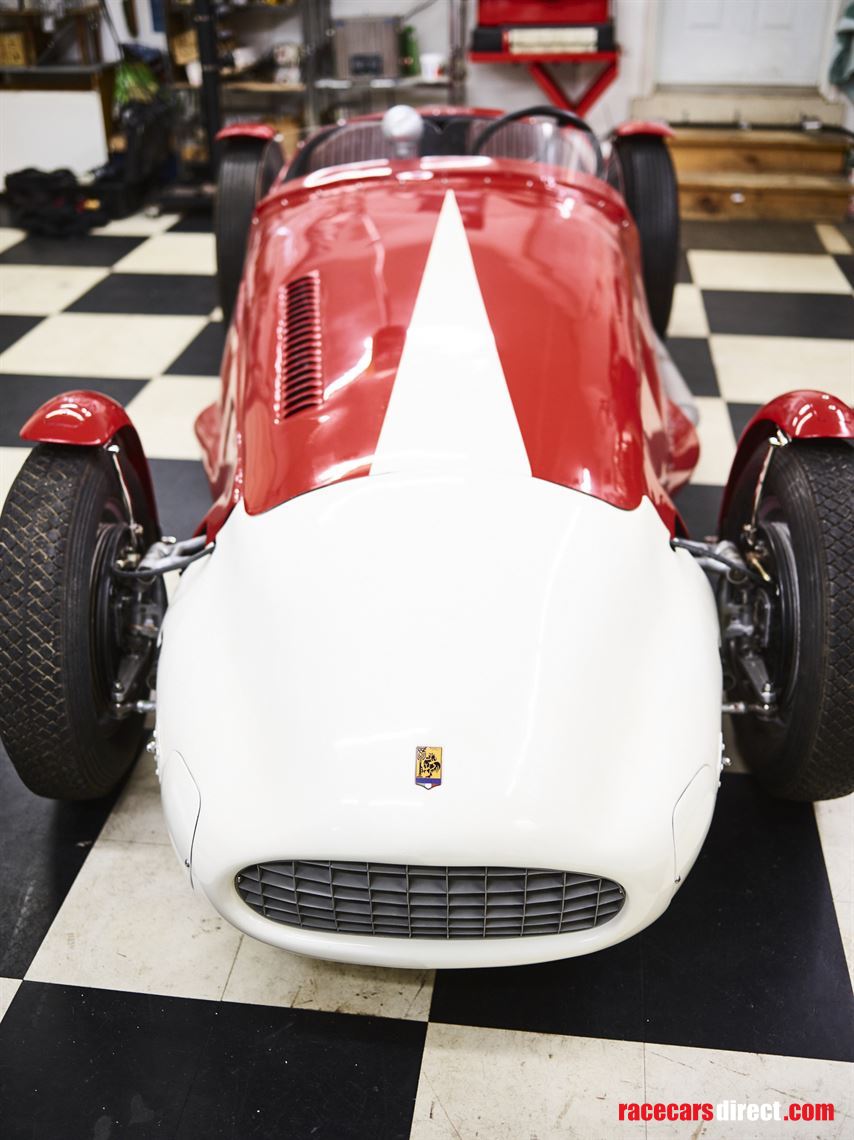 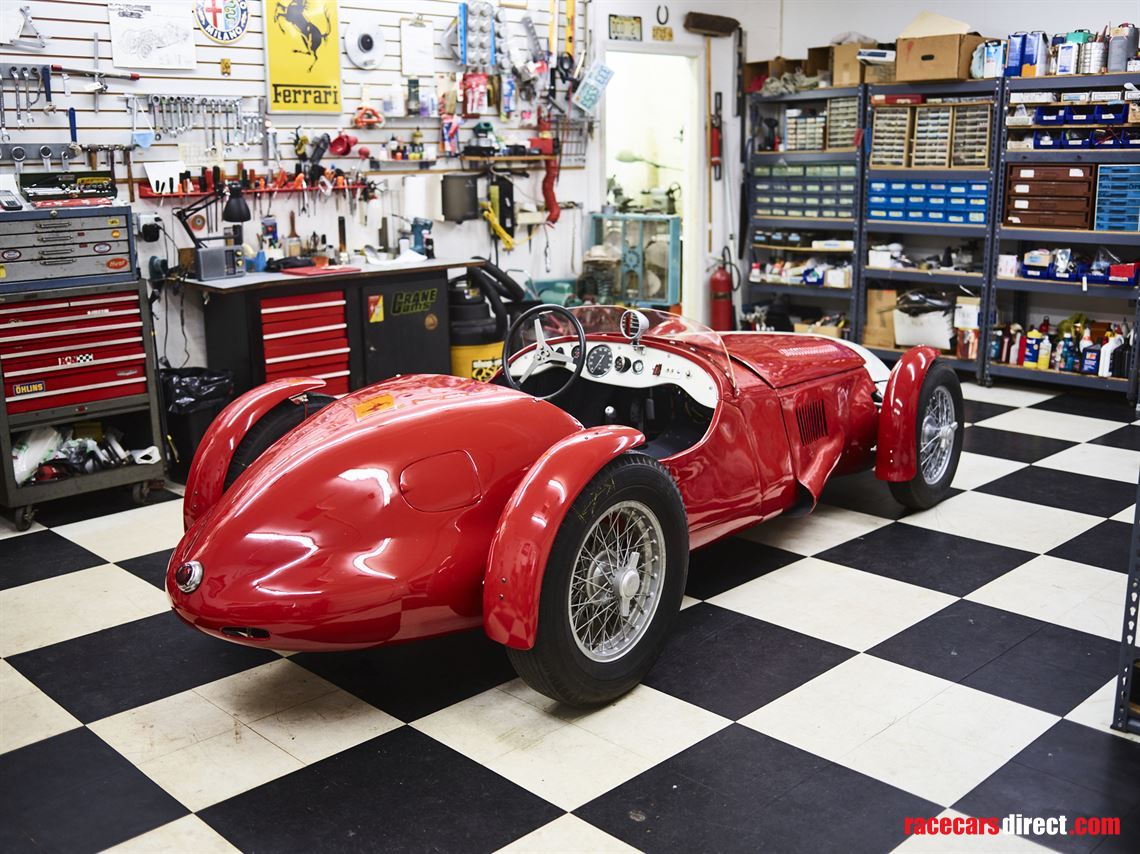 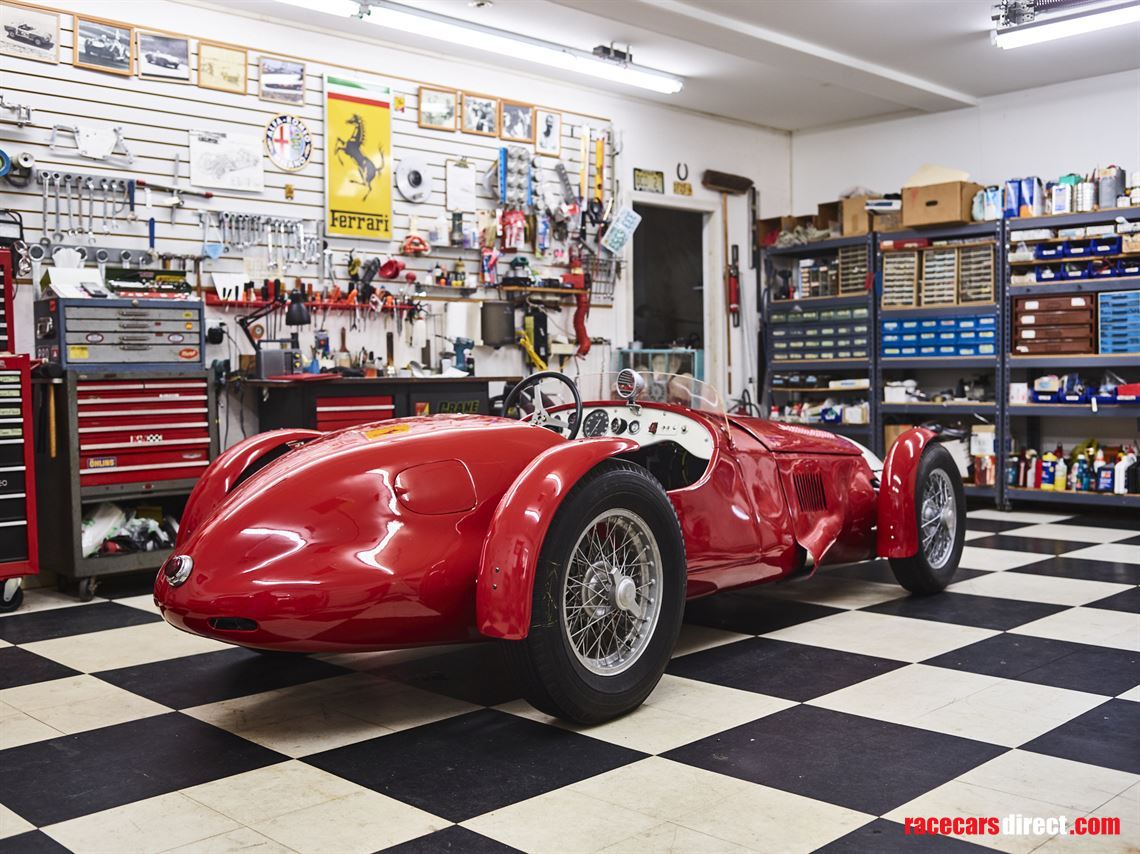 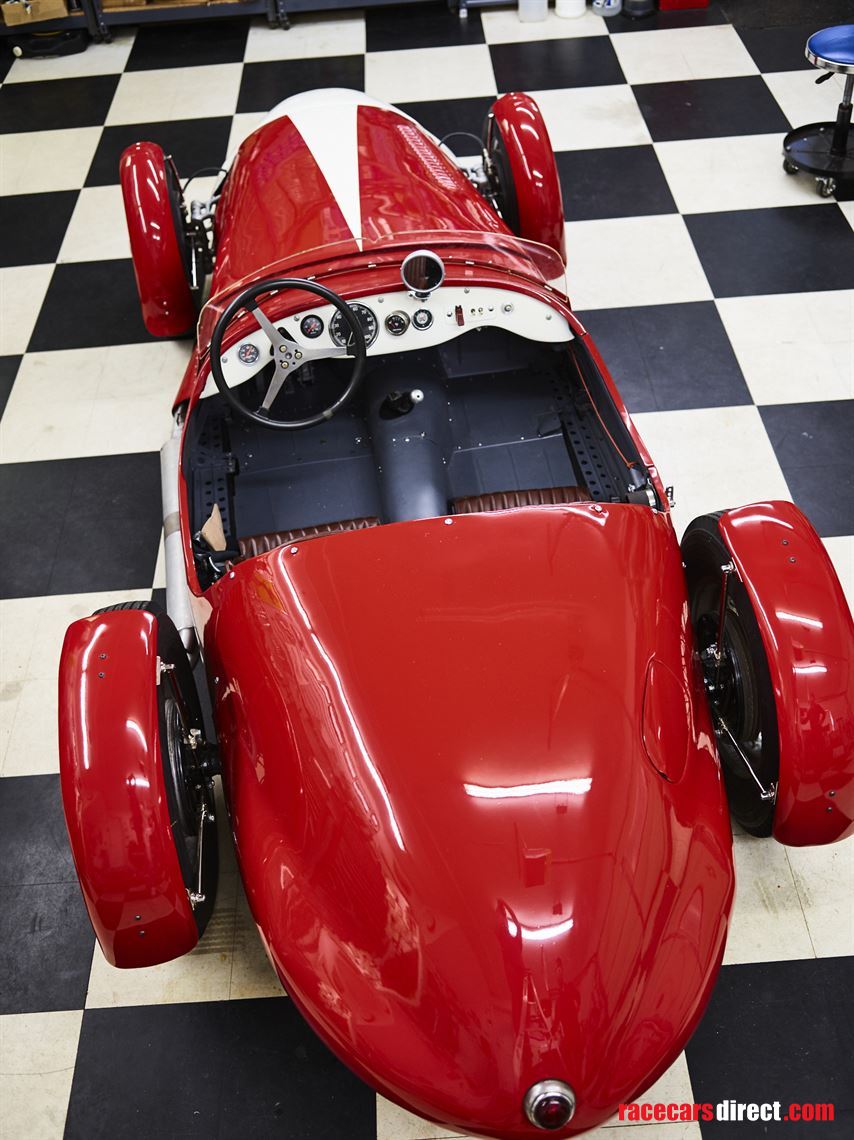 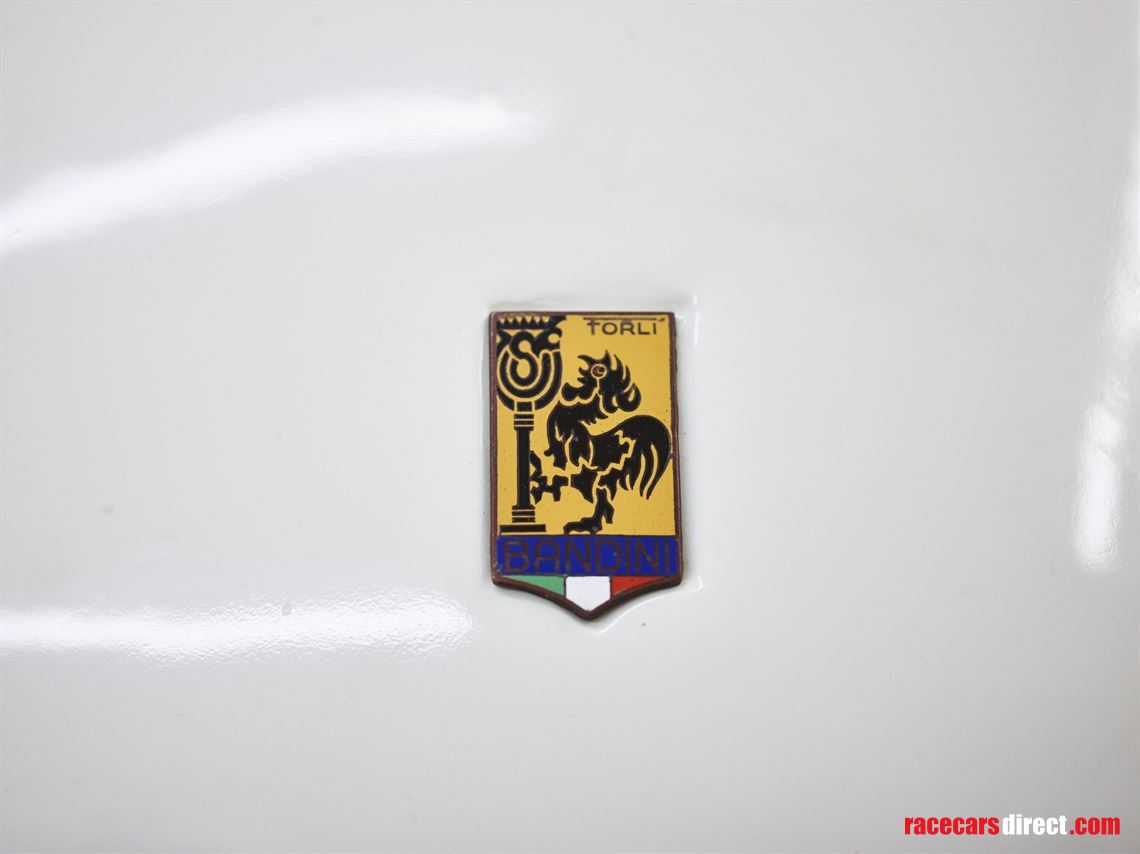 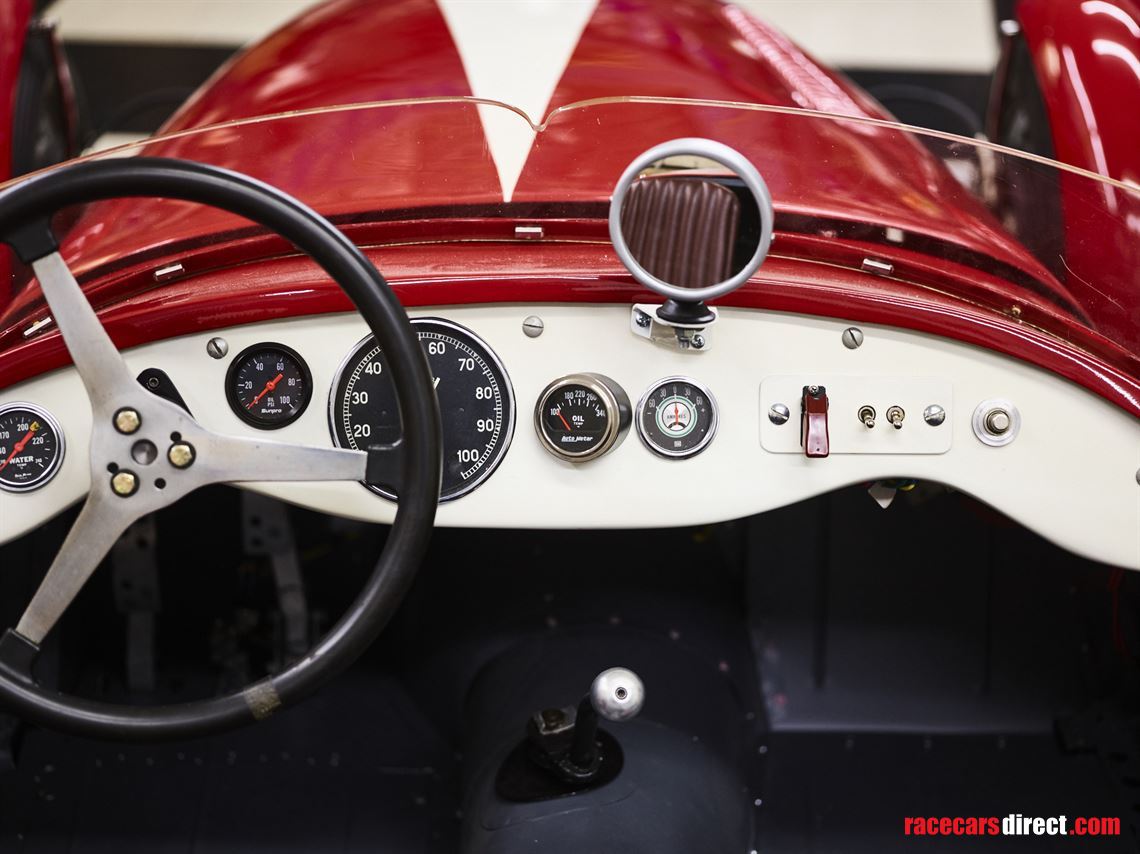 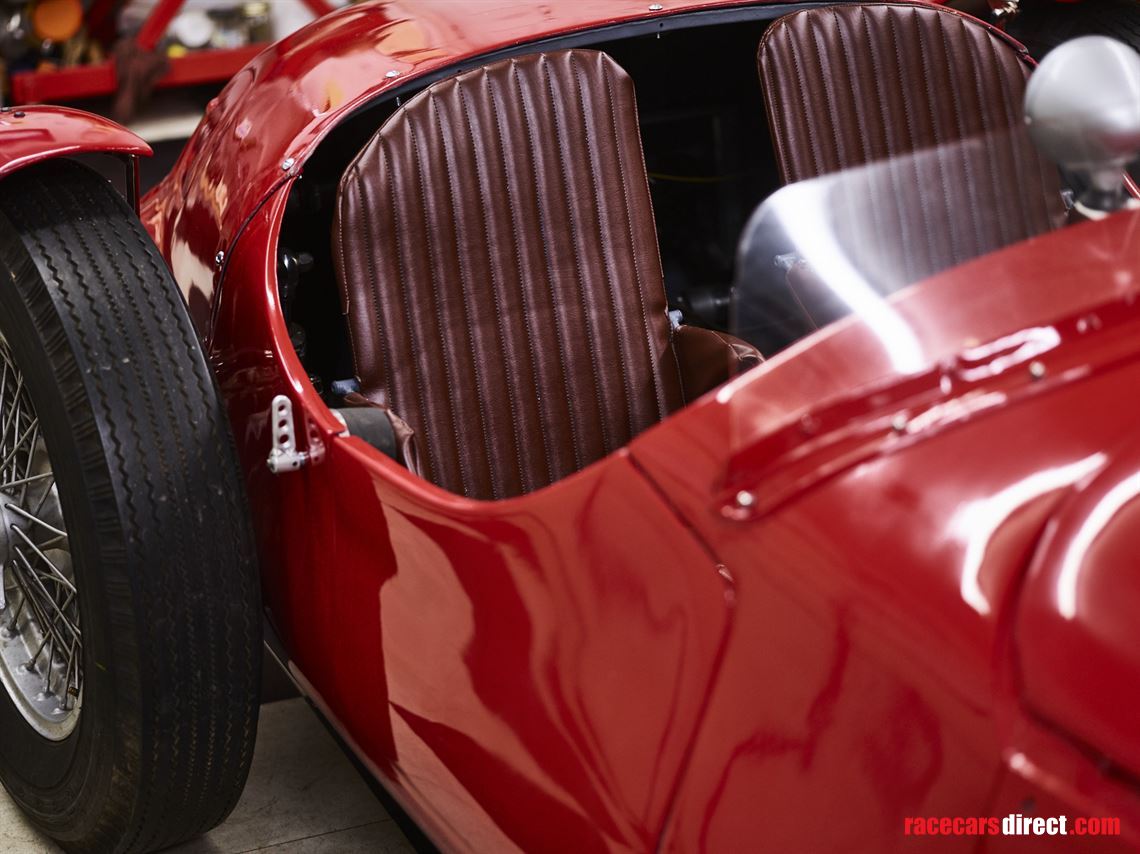 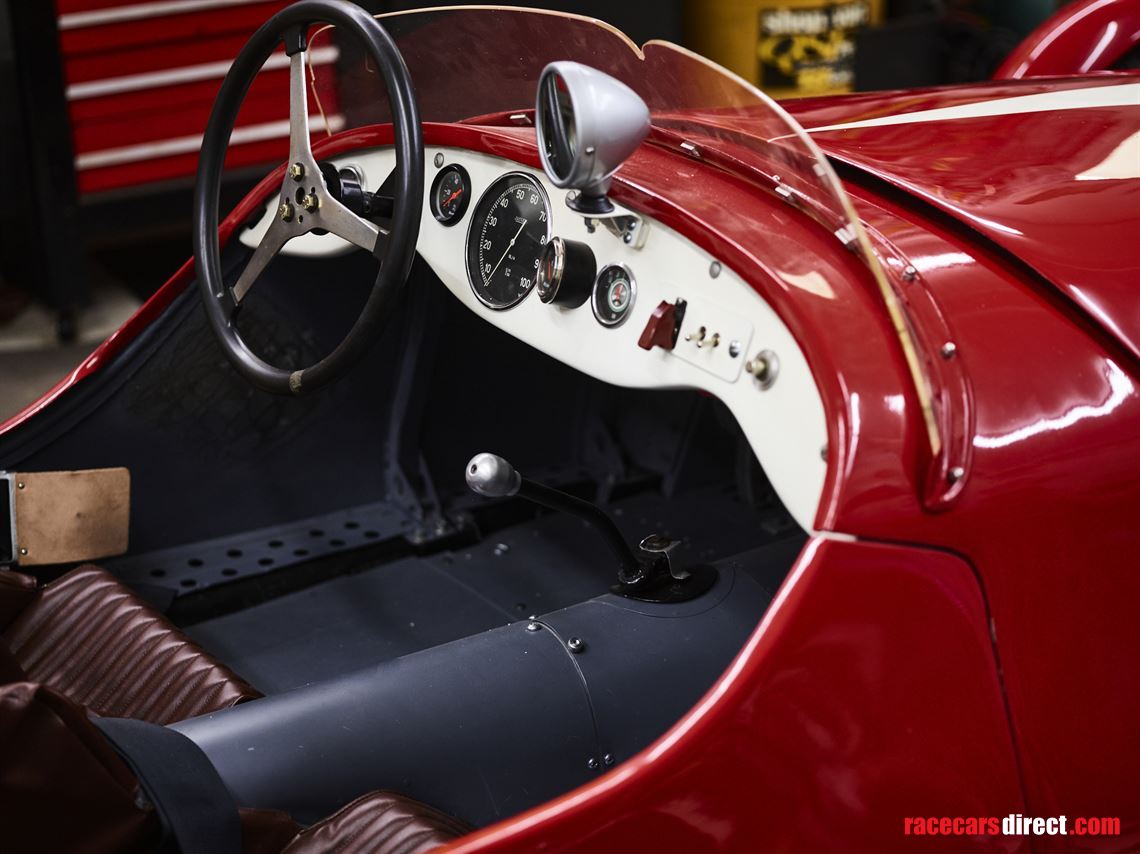 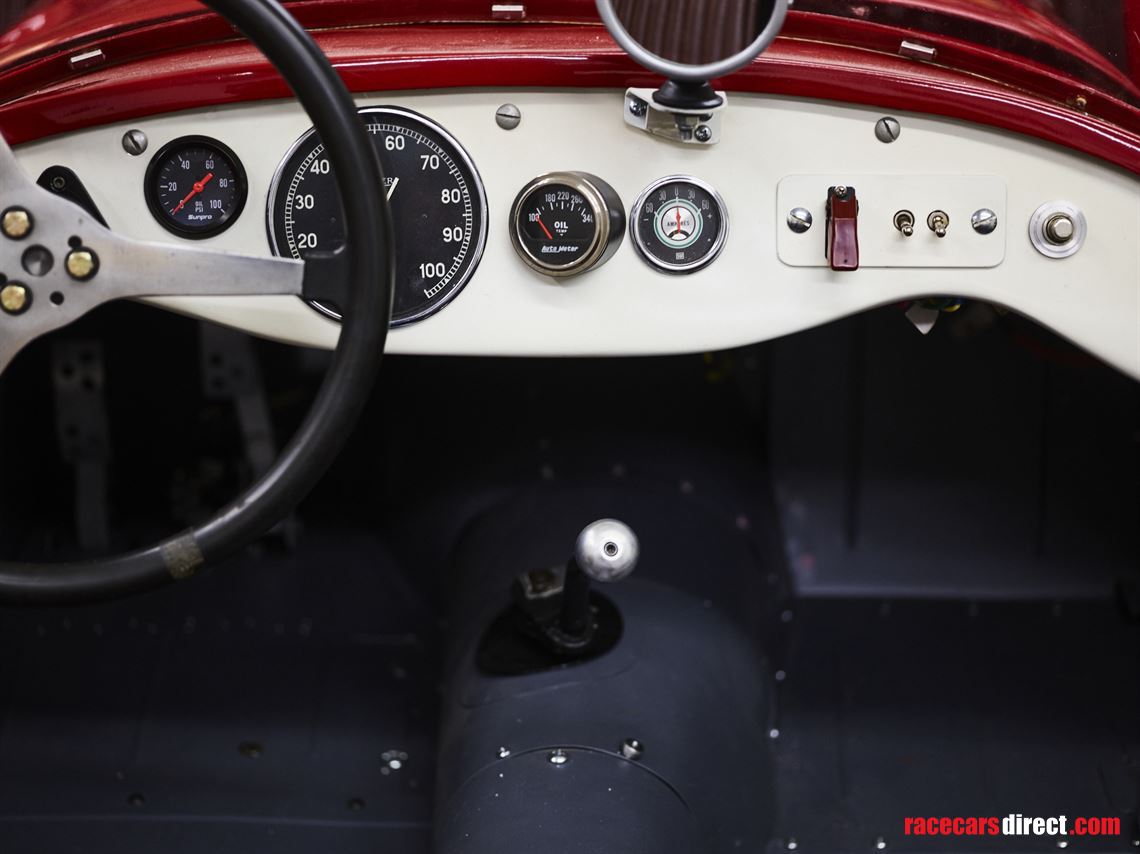 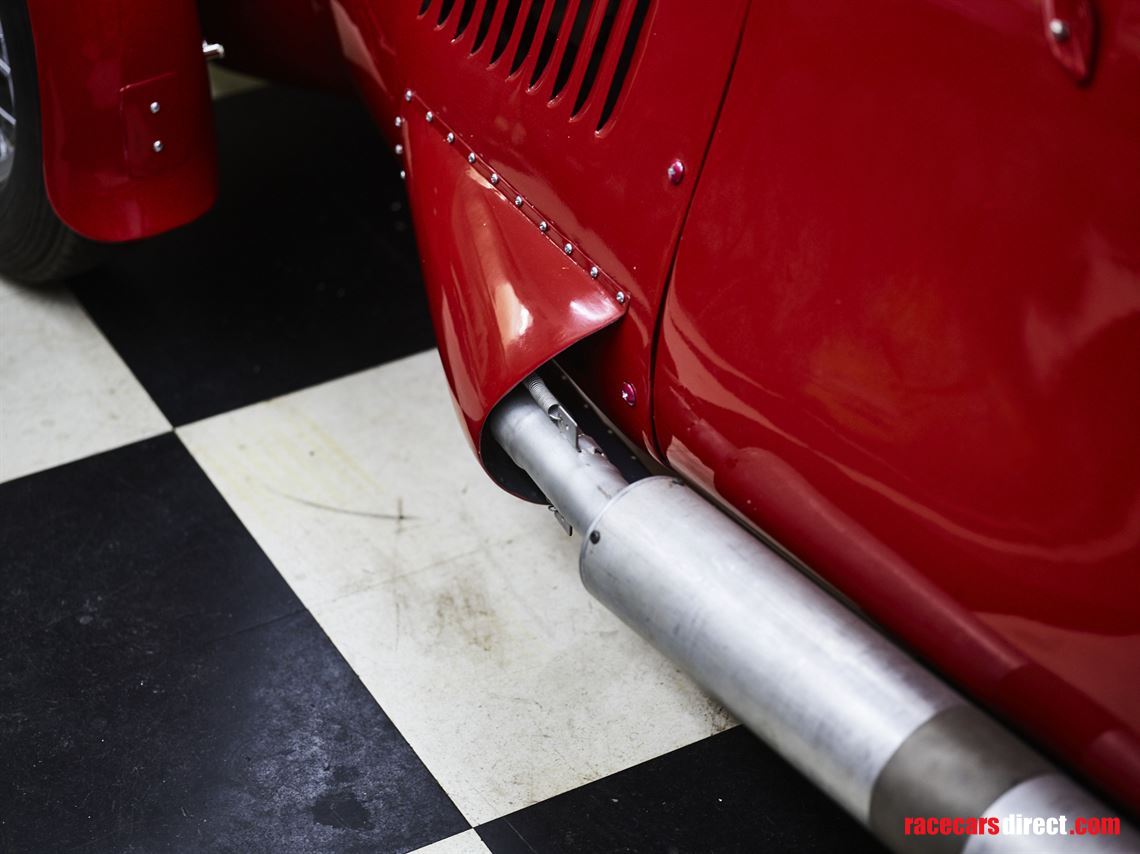 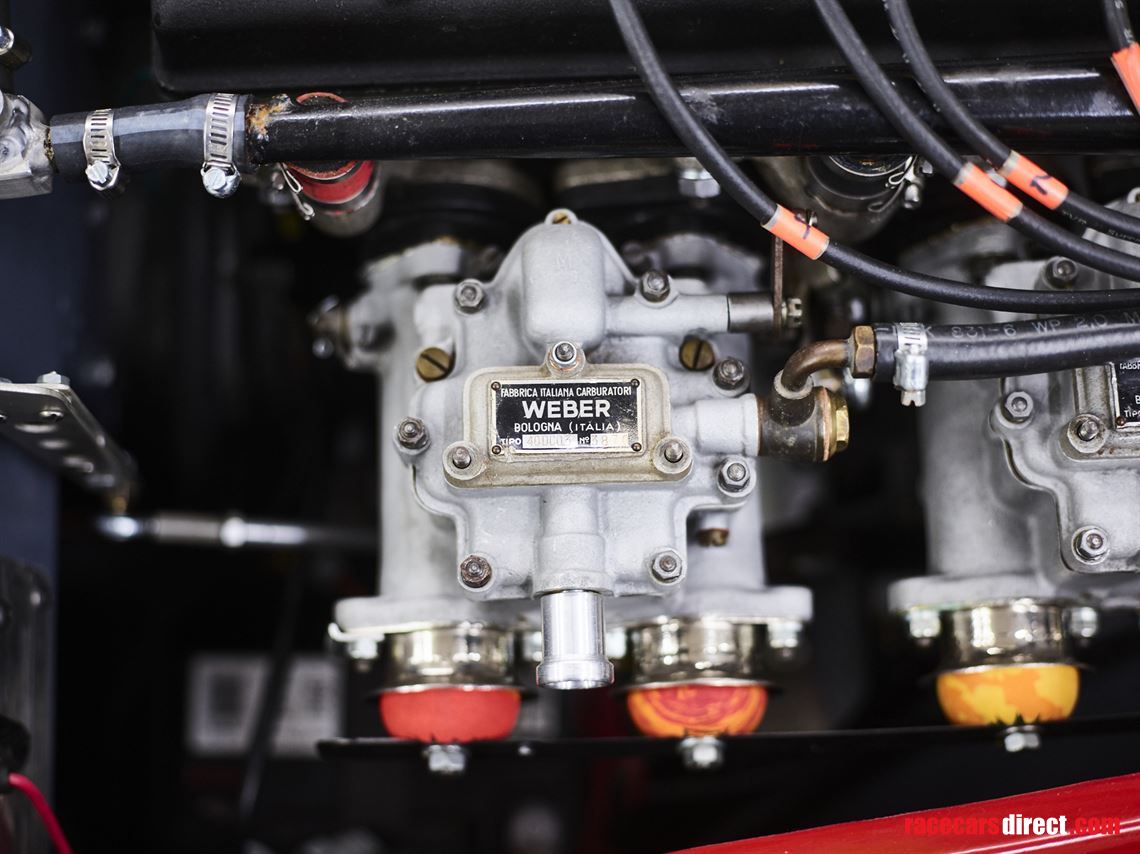 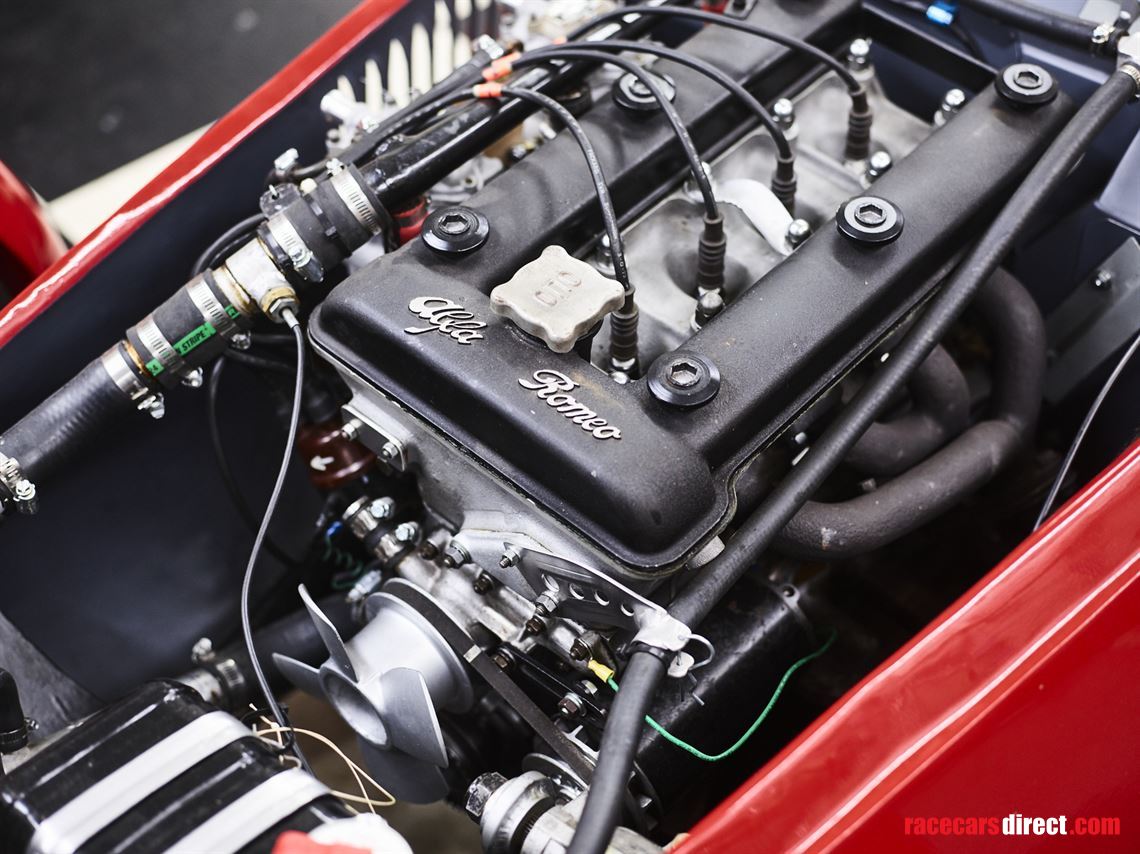 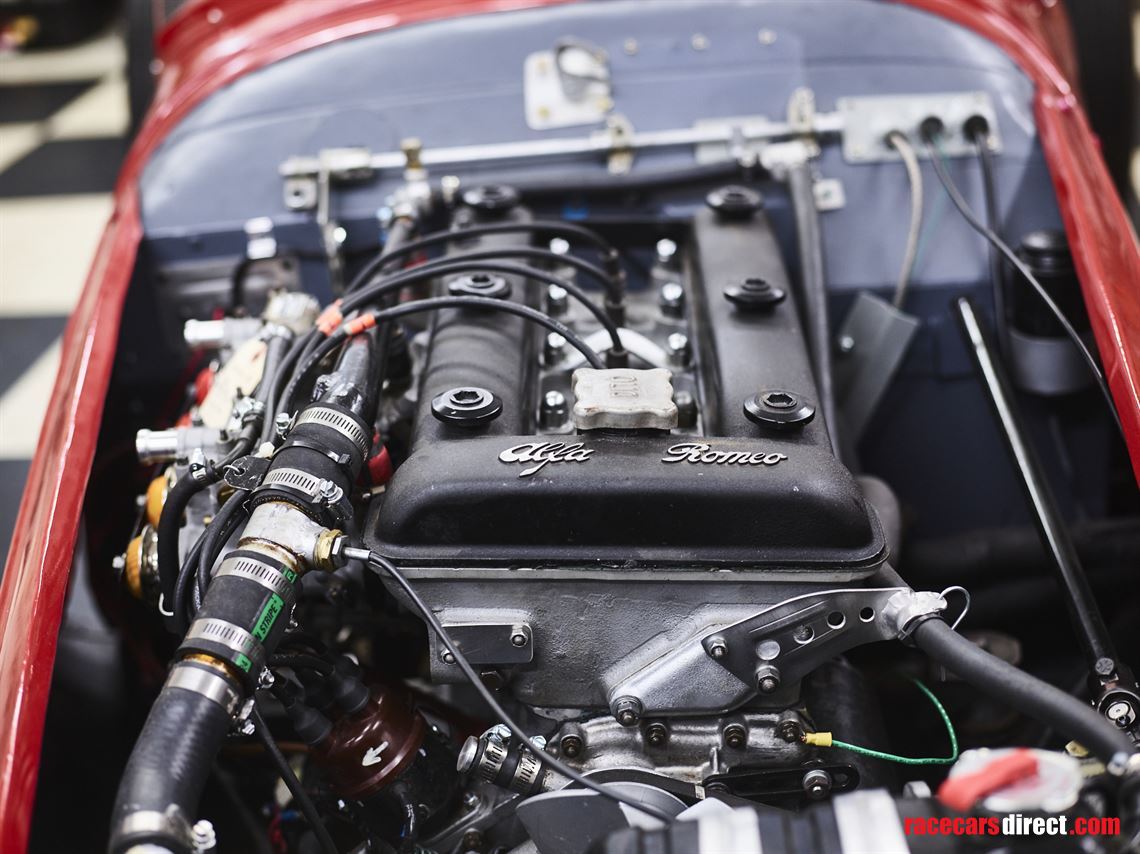 This 1952 Bandini Siluro Motto Siata 1400cc, Offy 1625cc, Alfa Romeo Veloce is being offered for sale publicly for the first time since being completed in 1952. It is a four-owner car with a fantastic and unique race history. The car was purchased from the third owner in 1972 and has been in the current owner’s care for the last 49 years but for a total of 51 years.

The car was originally owned and raced with great success in the northeast from 1952 to 1954 by first owner Jim Pauley with a 1400cc Siata engine. Pauley raced at Thompson, Bridgehampton, and as well as other tracks and hill climbs in the Northeast. While Pauley had success with the mighty little Siata engine, he ended up blowing up the 1400cc motor, he then sold the Bandini and moved on to a Ferrari Mondial. Pauley sold the car to Jim Mathews and Fred Sinon of NJ, and the new owners had an American solution to replace blown Siata engine.

The Bandini continued its winning ways in the hands of new owner Jim Mathews’ driver, Dave Micheals. However, while Mathews owned the chassis and drivetrain, his friend Fred Sinon owned the freshly installed 1625cc Myers-Drake Offy in the engine compartment. With the newly minted combination of owners Mathews, Sinon, and driver Micheals the car was christened the Offy-Bandini and continued winning at tracks and hill climbs in the Northeast. In fact, Michaels held the overall track record at Thompson for a year and a half, only to lose it to Maston Gregory in a brand-new Ferrari 250 TR, showing just what a potent combination the two made. Mathews also scored an impressive 2nd place in the unlimited class at the Mt. Equinox Hill Climb. The successful partnership only lasted a few years and ended with Sinon pulling out his Offy motor and Mathews selling the car to Tom O’Brien also of New Jersey.

Tom O’Brien was making himself known on the race tracks in the Northeast as a driver, but also as a race shop owner and builder. Thus, on the advice of his friend Ken Miles, who pushed Tom to build a special to run in H-Mod like Miles had with his MG Special the Flying Shingle, Tom bought the now engineless Bandini. O’Brien went to work installing one of this special Alfa Romeo Guilieta 1300 engines in the Bandini (which also currently sits in the car now see original pictures of the engine install) and used the car to race at the Pocono Hill Climb. However, a growing business and factory Alfa team driver spot forced O’Brien to sell the now Alfa powered Bandini to his friend John Gaeto in October of 1959. Tom O’Brien would go on to become a factory Alfa driver, NART Ferrari Team driver, and Alfa and Ferrari dealer among many other fascinating careers.

John Gaeto raced the car in hill climbs for a few years and then parked the car in his garage until early 1972 when Tom O’Brien convinced him to sell him the car back with hopes of restoring the Bandini and vintage racing it. However, with Tom’s continued job and family responsibilities the Bandini sat in his garage and moved around with him until 2015 when Tom performed a full restoration on the Bandini. The car has been owned by Tom O’Brien for a total of 51 years and it retains +90% of its original body, parts, and driveline. The car retains the original Alfa 1300 Giulietta engine as well as the Alfa ZF transmission Tom installed in it in 1958 and comes with the original spare period Alfa 1300 AND the original Siata 5-speed transmission.

new made in bologna Edoardo Weber

A slice of Motorsport History!