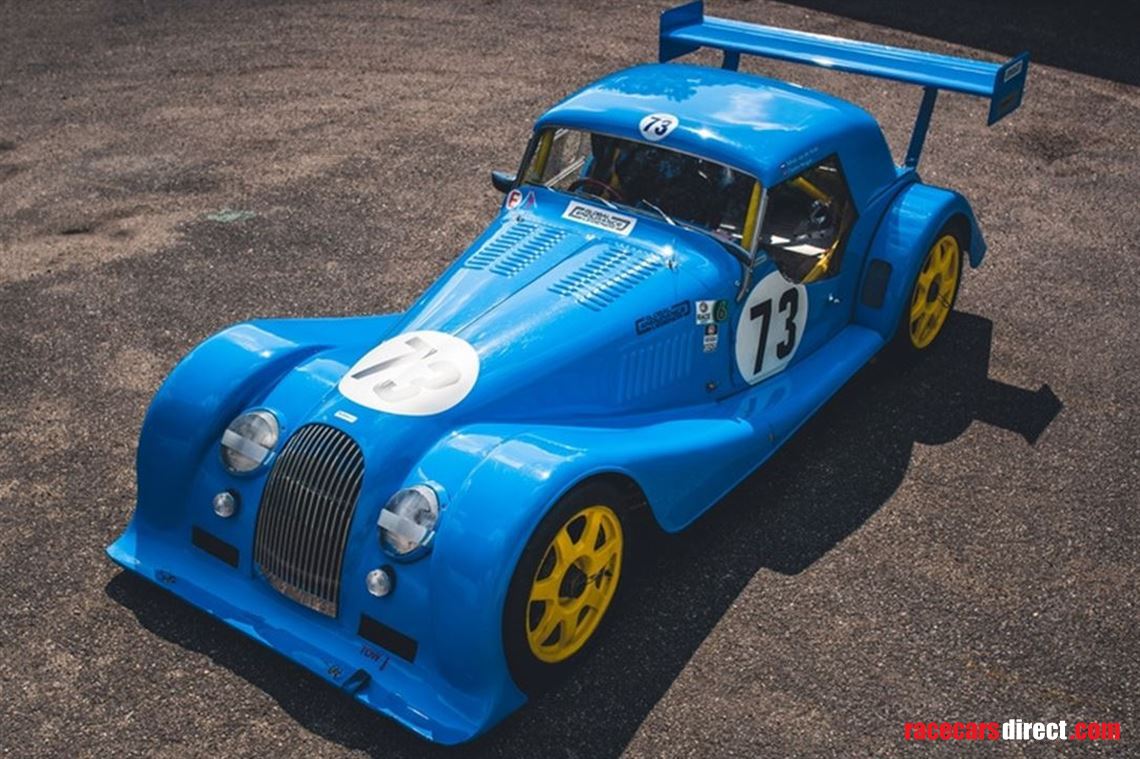 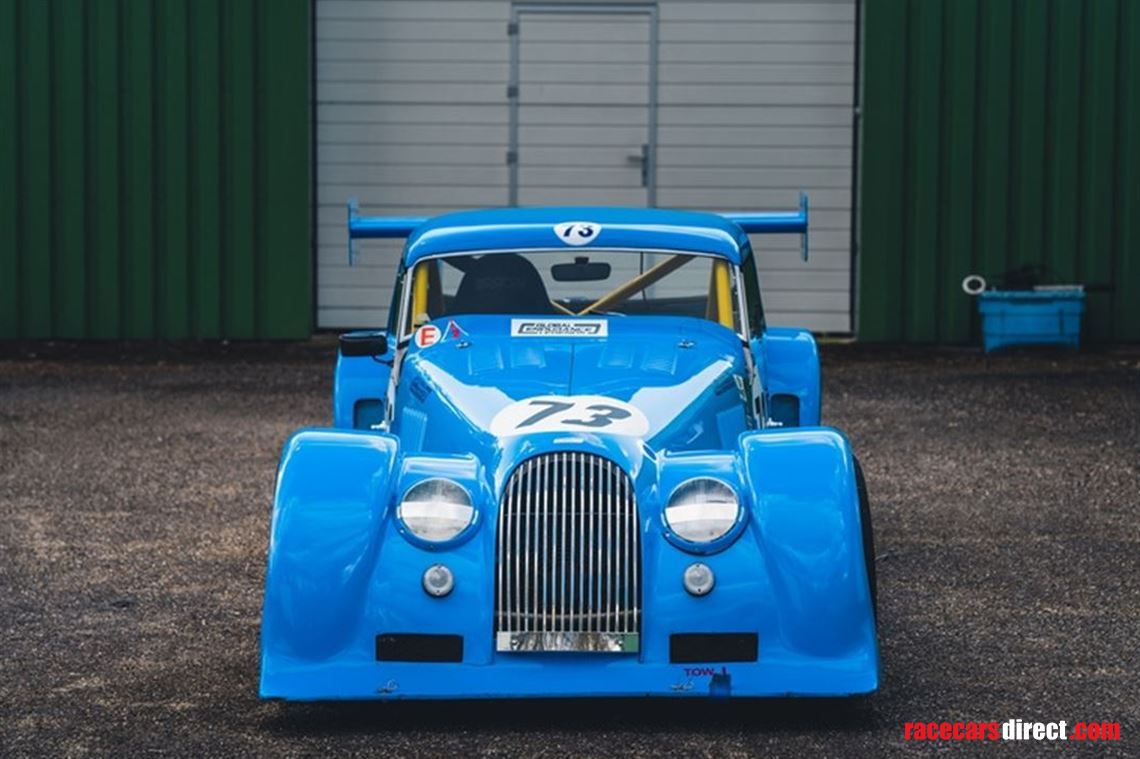 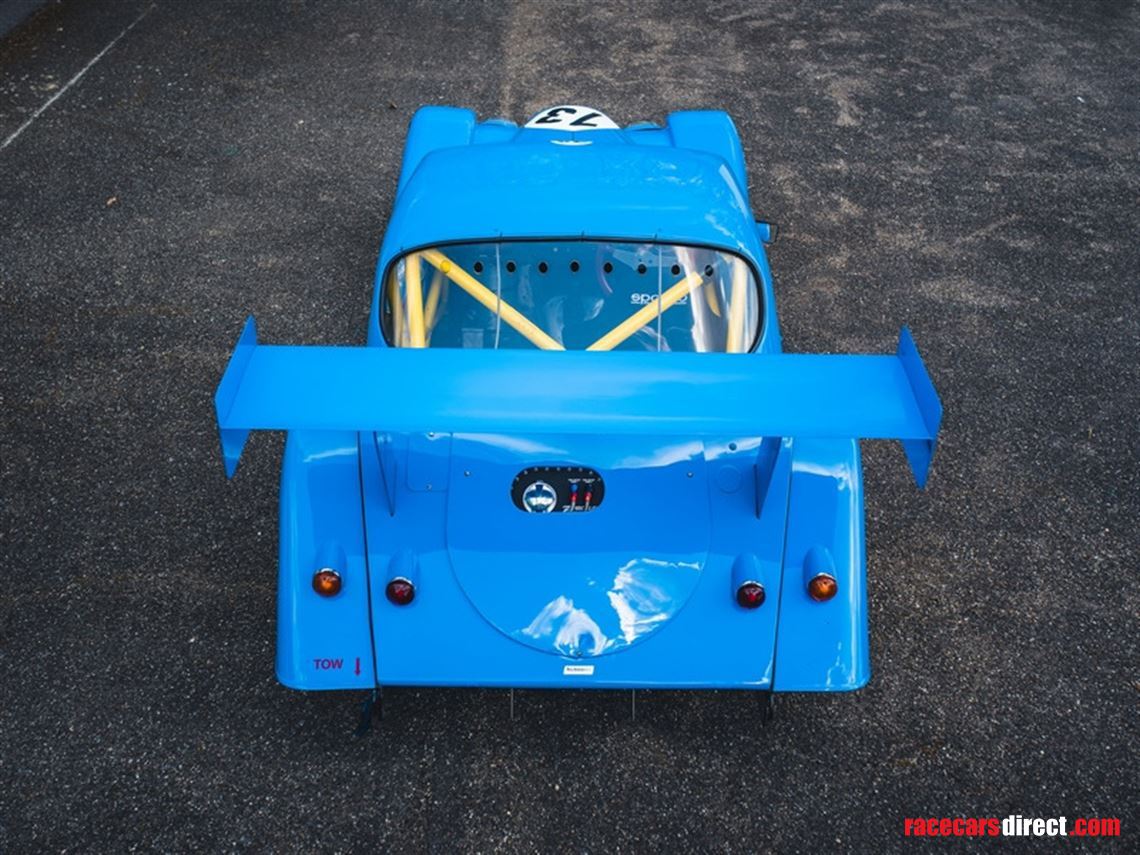 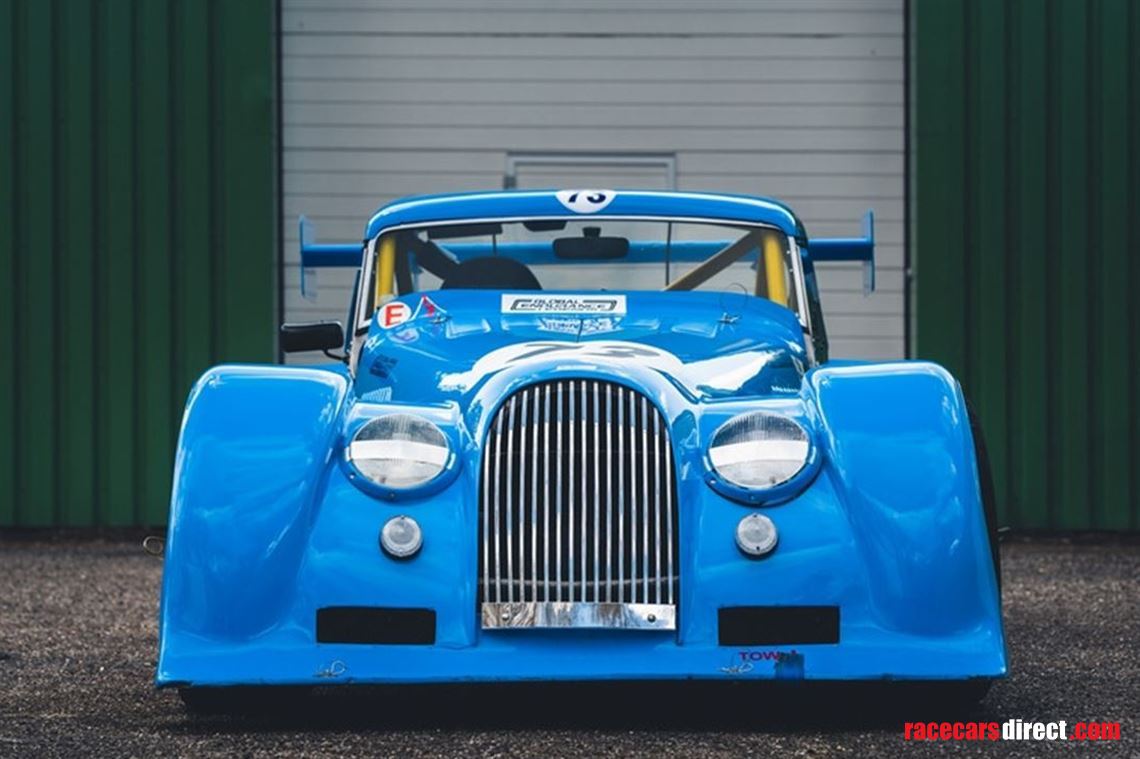 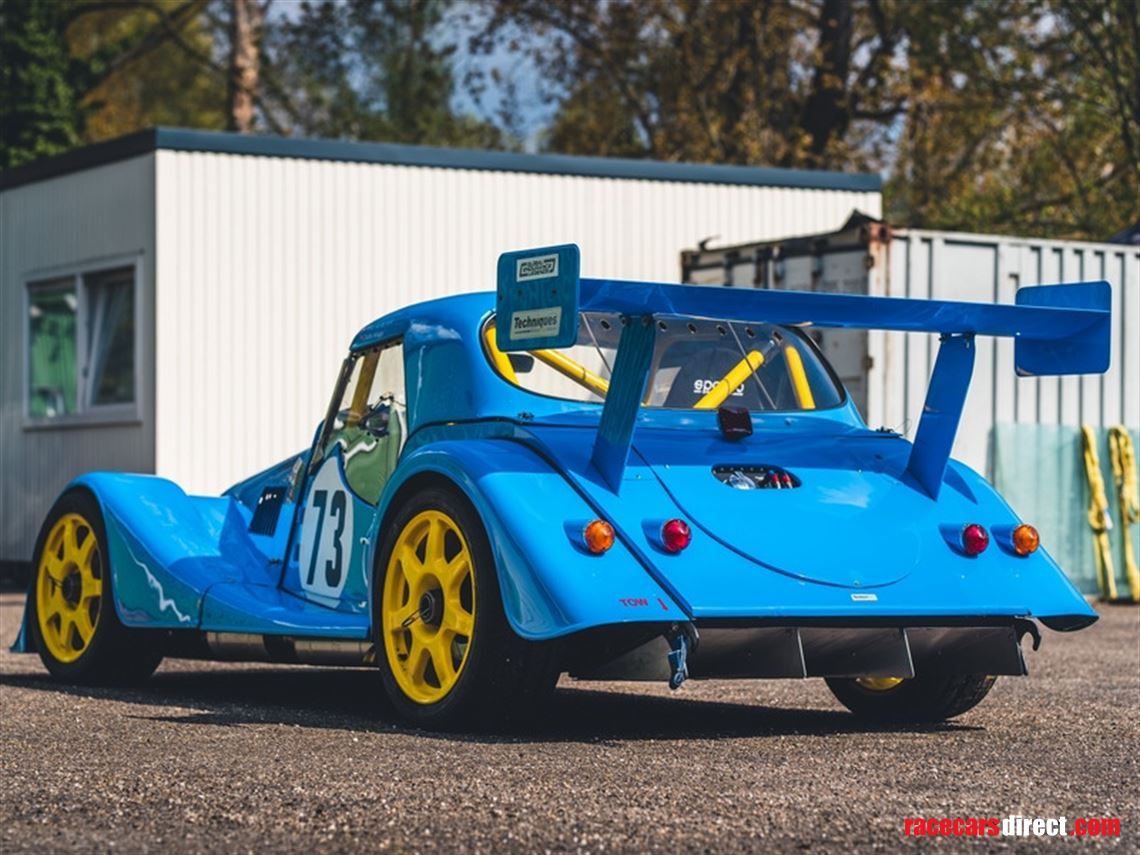 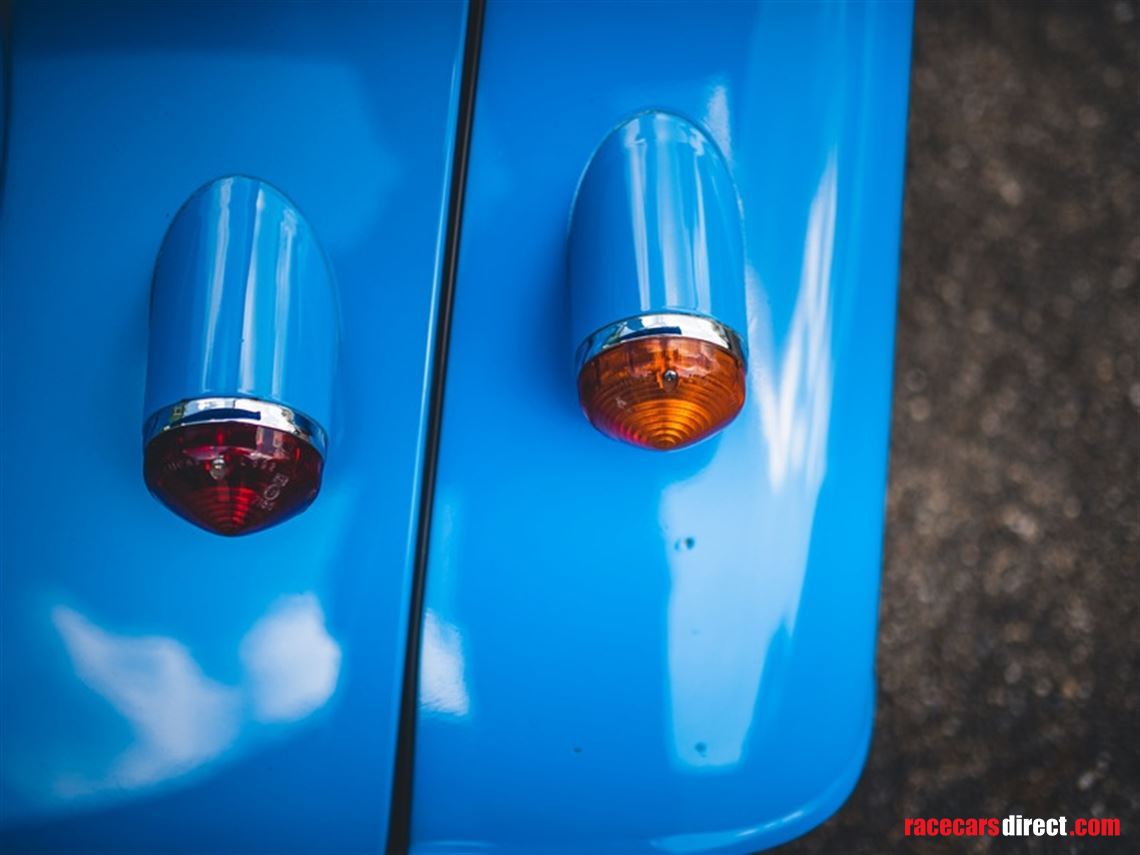 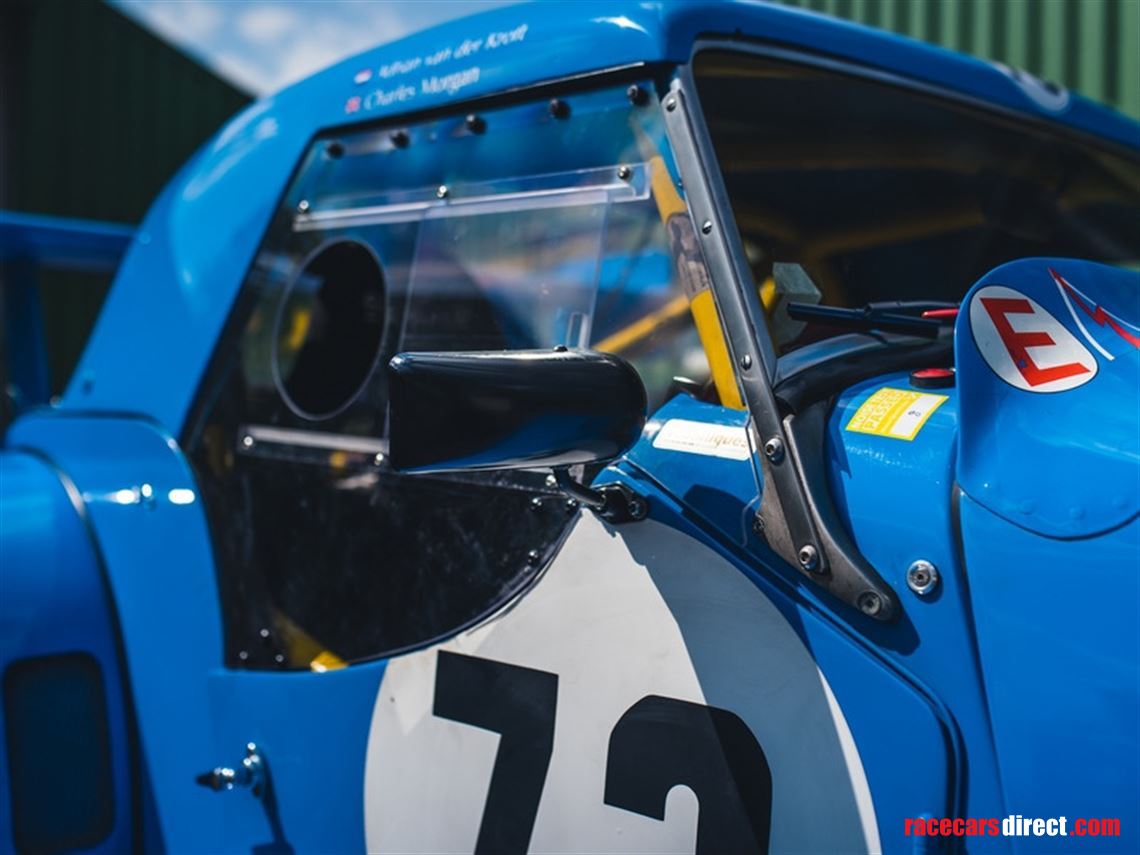 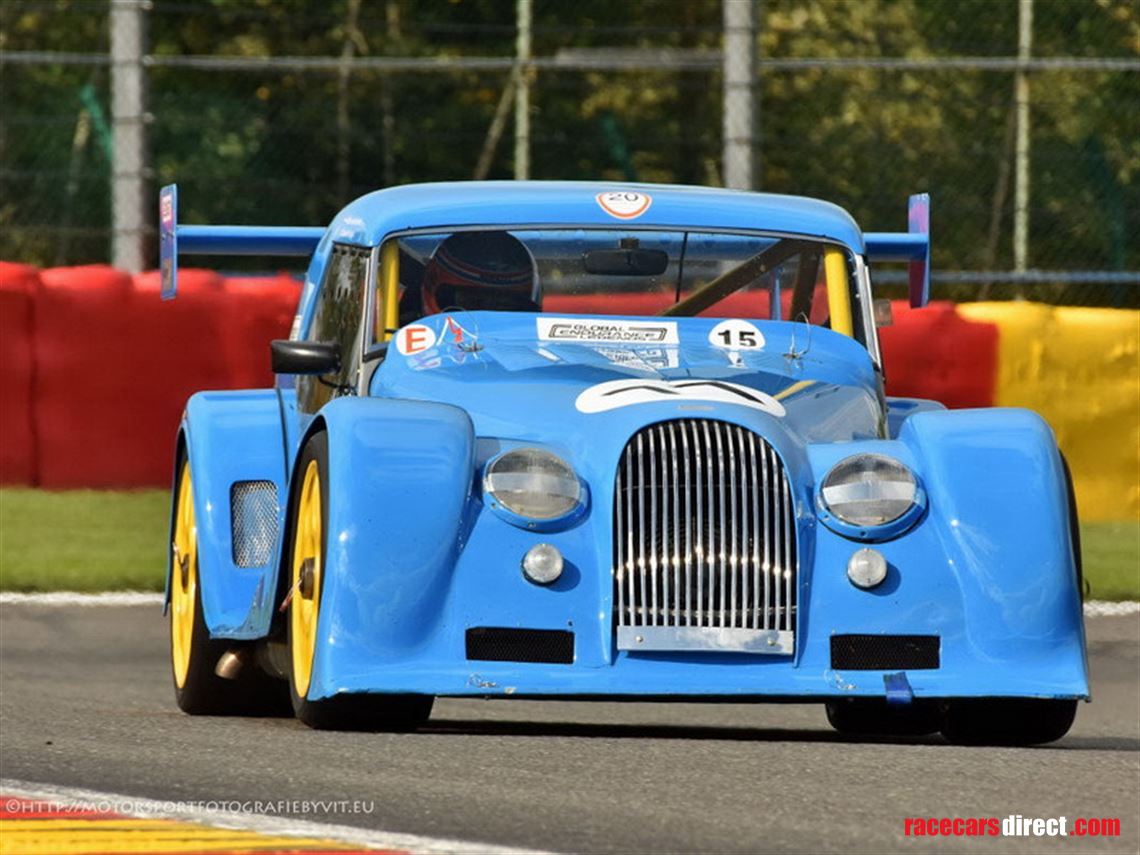 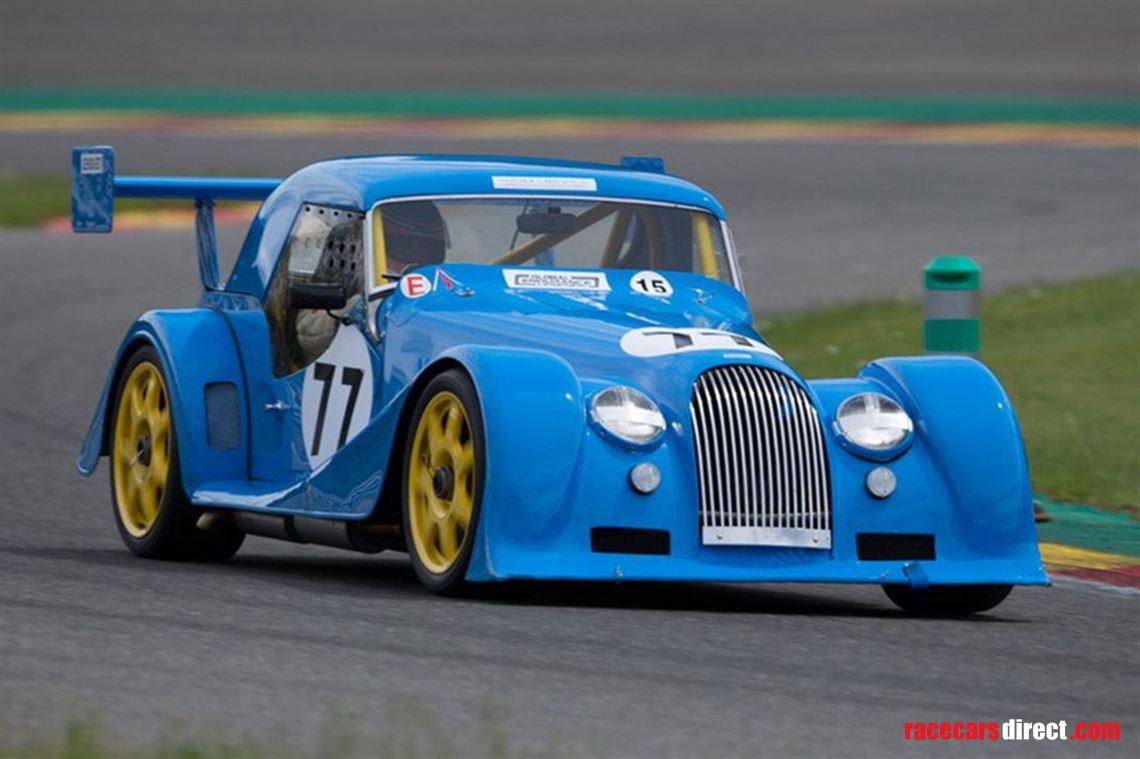 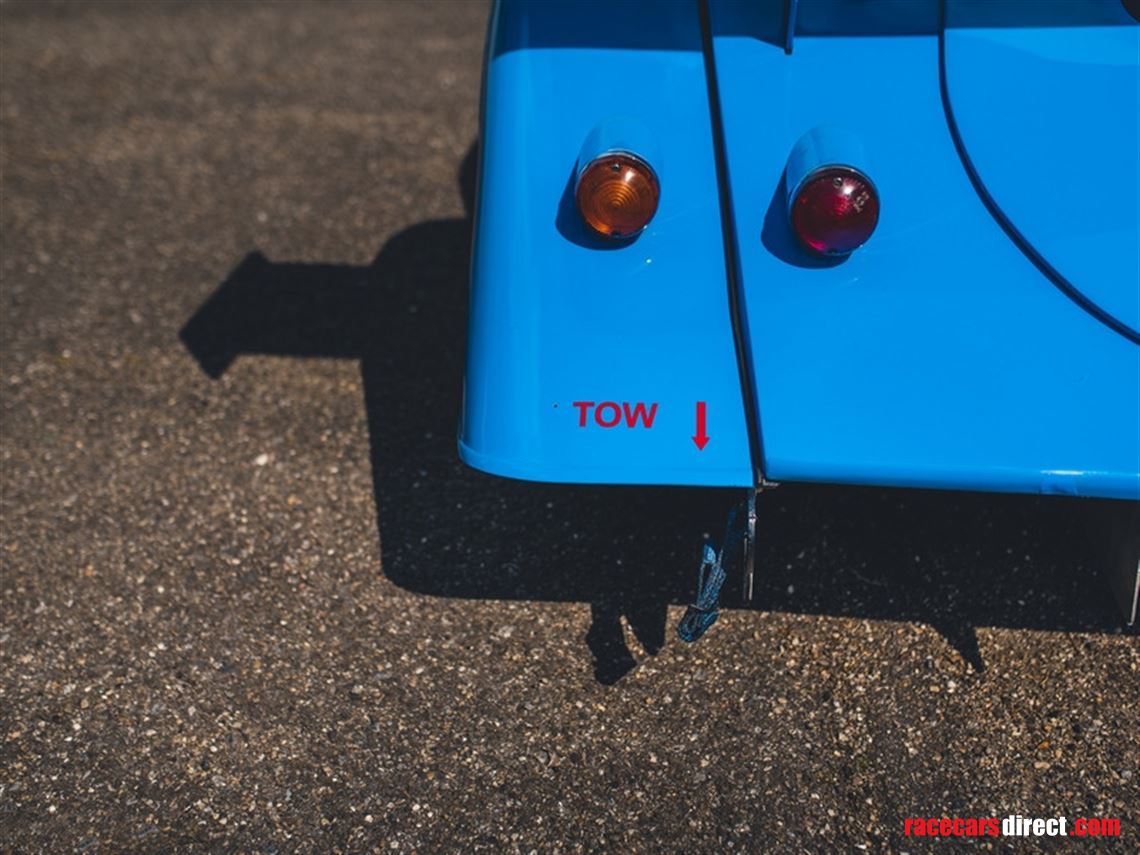 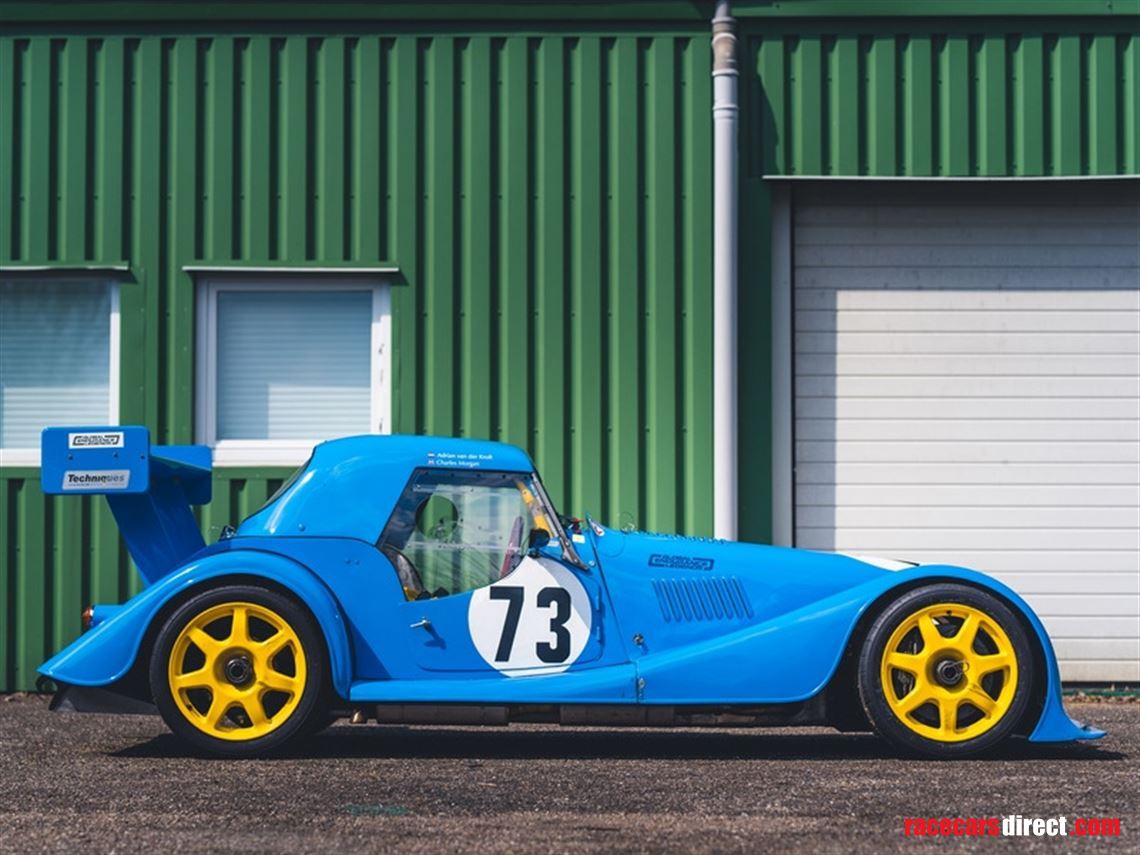 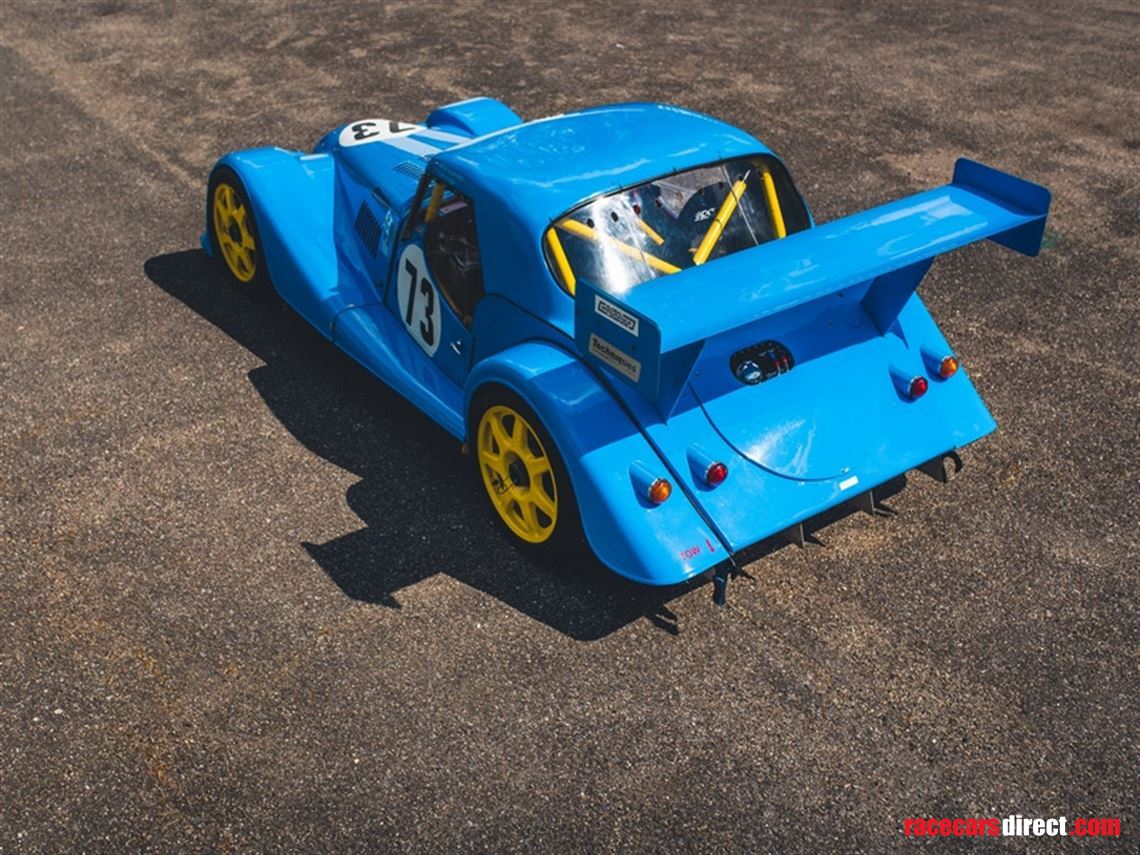 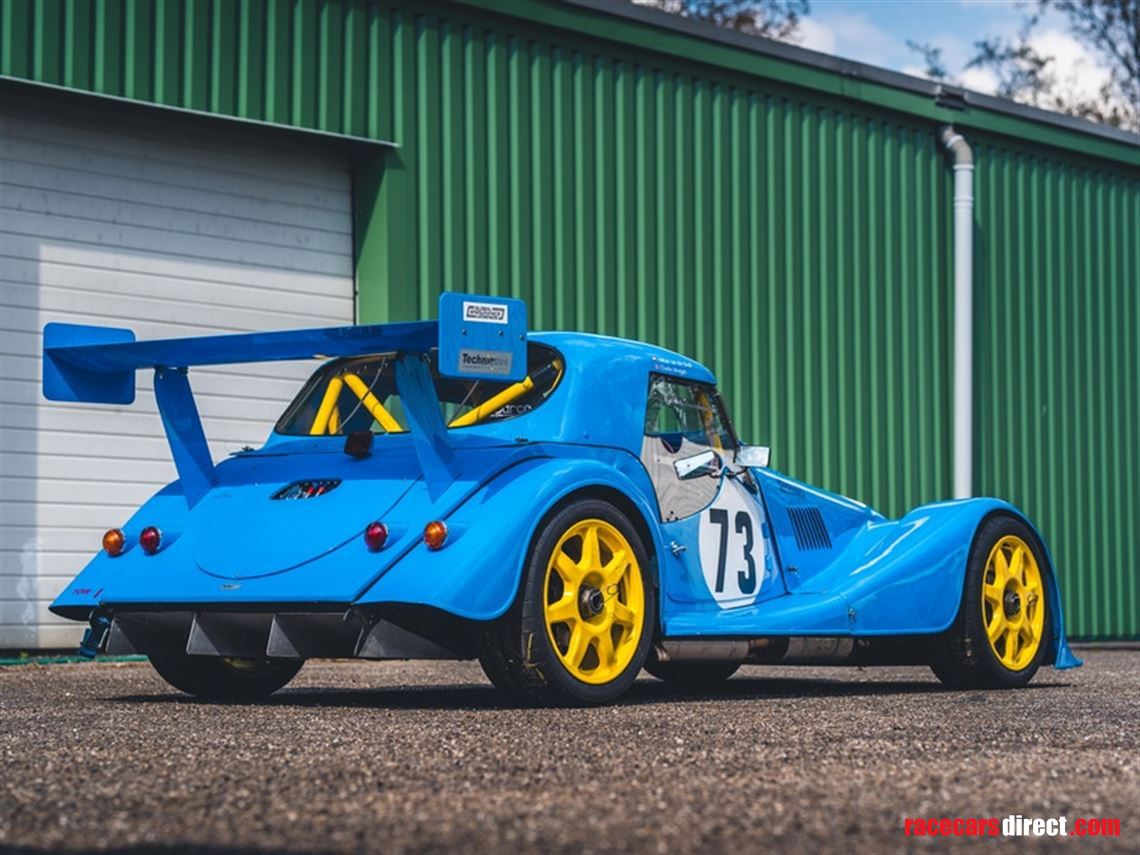 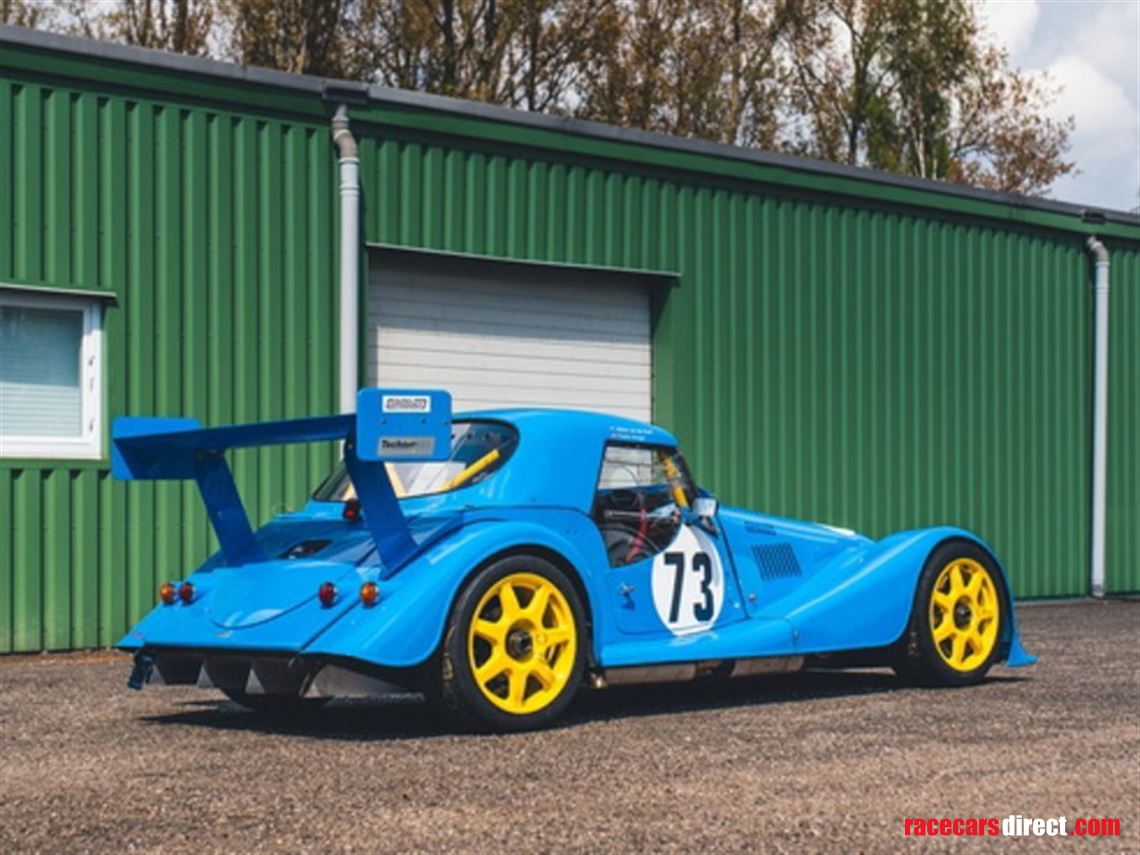 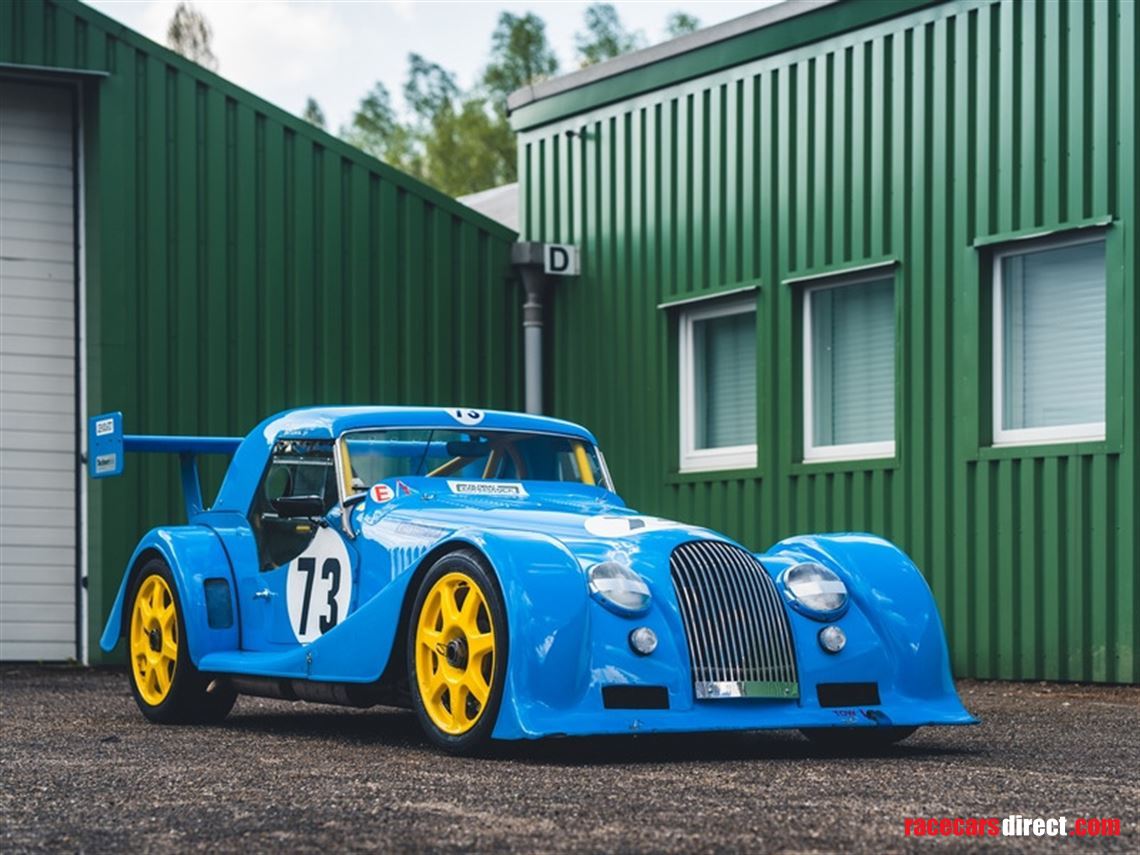 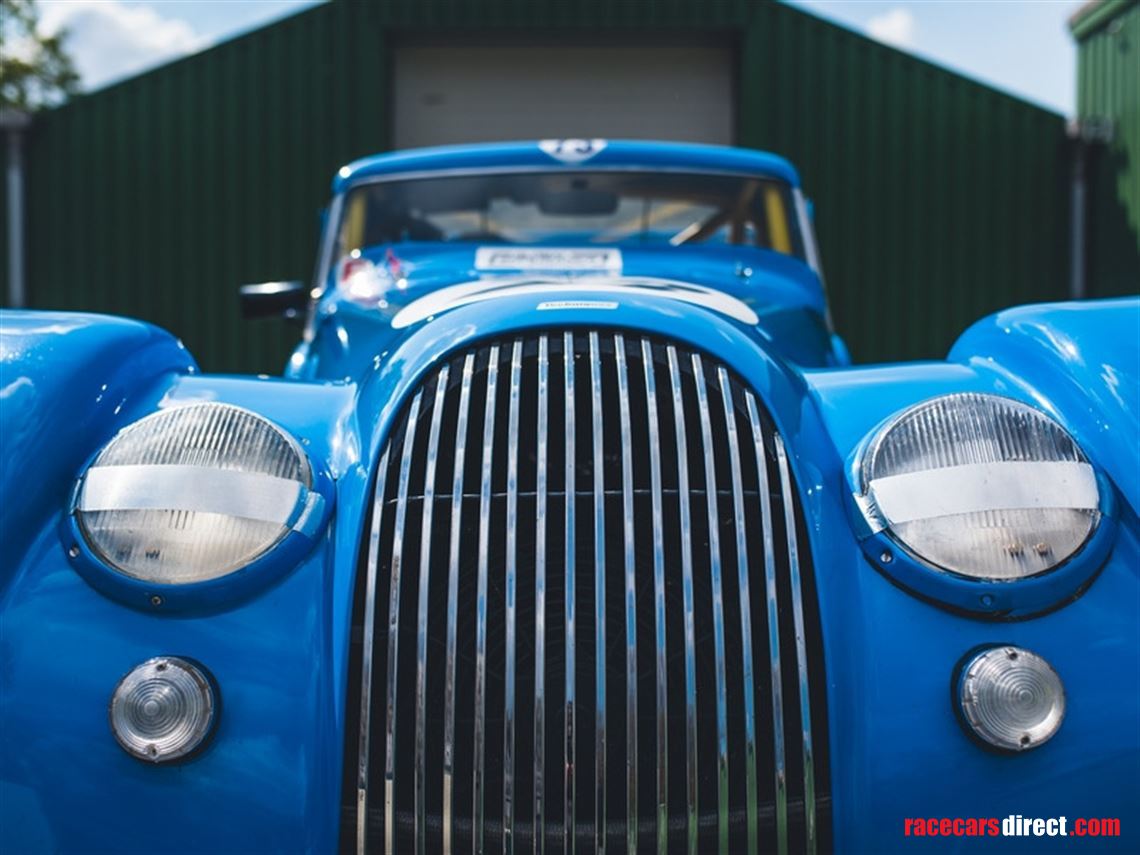 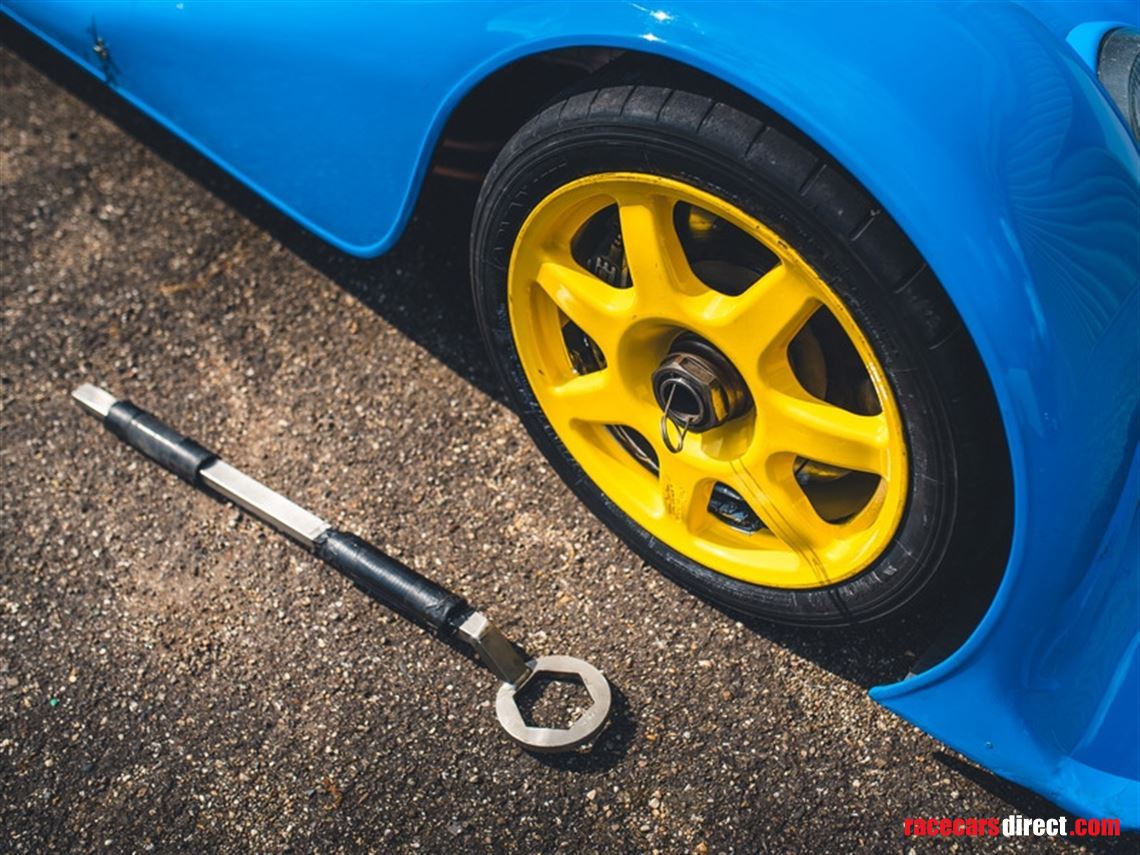 We are delighted to offer this unique and important, one-off Morgan Plus 8 GTR for sale.

From the Morgan home-page:

“The Morgan Motor Company (MMC) provides a fitting antidote to mass-produced automotive manufacturing, bringing with it an exceptional mix of traditional craftsmanship and appropriate modern technology. Famous the world over for its unique blend of craft, heritage and pure driving experience, Morgan has been manufacturing quintessentially British vehicles in Malvern, UK, for more than 110 years.”

Right at the end of 1994, the Morgan Car Company – then headed by Charles Morgan, the grandson of company founder H.F.S Morgan - started working on developing an aluminum chassis race car in preparation for the 1995 International BPR race season. The original Z-section chassis was replaced by an adhesively bonded alu-honeycomb tub produced by specialist CIBA-Geigy of Cambridge. Tests at MIRA showed it to be almost twice as stiff as the standard production offering, and a much better platform for a completely revised suspension layout.

Developed by touring car racing specialists Andy Rouse Engineering, it used double wishbones and coil springs at the front, plus trailing arms and coils at the back, all with telescopic dampers and anti-roll bars (and not a sliding pillar or leaf spring in sight). The car – which would later be known as the “Malvern Monster” – was tested on the road for around 10,000 miles with a more or less standard 3.5 litre Rover V8, mainly to prove that it worked in principle. From there, with the help of suspension expert Roddy Harvey-Bailey, Morgan created a true racing version with RAC approved roll cage, a 5 litre dry sump fuel injected “Wildcat” Rover V8 (built by renown Ian Richardson and Graham Nash), optional hardtop and the bodywork being a coach-built frame from ash hardwood panelled in aluminium and with alu wings. Aerodynamics were helped by a large front spoiler complete with splitter, rear wing and undertray. The transmission was a 6 speed close-ratio gearbox coupled to a BTR limited slip differential. Now with double wishbone suspension and antiroll-roll bars on the rear as well as on the front, the car was brought to a stop by AP Racing four pot calipers. Wheels were 18” diameter alloy rims, 10” at the front and 12” at the rear. In this trim, with a wheelbase of 2570mm and only weighting 950kg the Morgan Plus 8 GT2 racer made its race debut, driven by Charles Morgan, at the 1994 Silverstone British GT Championship where it finished a credible 10th.

The “Malvern Monster” (which was referred to as “GTR001” by Charles Morgan) subsequently raced in the GT2 class of the 1995 and 1996 Int’l BPR championship. During its racing career, it was always driven by Charles Morgan with co-driver Bill Wykeham while Steve Lawrence and Tony Dron also co-drove the car once. The full racing history of GTR001 can be found in the History section below.

At the end of the 1996 season, The Morgan Car Company was starting up its Aero program and needing funding for this which led to GTR001 being sold on March 6rd, 1997 to its current owner, a long-time Morgan fan and collector.

During 1997 and 1998, the car was fully rebuild by Richard Walbyoff of RW Racing Services while the Wildcat Rover engine was done by John Eales of J.E.Developments after which it made its 1st post-race appearance at the 1998 British Racing Festival at Zandvoort where it won the race. After one or two more historic races and a few rare showings in the following 15+ years, GTR001 was then prepared for the new Endurance Racing Legends race series with a new fuel tank, crack testing, engine rebuilt (showing approximately 450bhp on the dyno-sheet), upon which it participated at the 2017 Masters Endurance Racing Legends where it attracted quite a lot of attention from the spectators and press present. GTR001 has now been prepared again for the 2021 race season whereby all date related-items have been made current so that the car is sold in race-ready condition.

This is a very rare opportunity to own a unique Morgan race car which is also a significant part of British Motorsport history. At the same time, it provides its next custodian with the opportunity to show and race the “Malvern Monster” in the GT2 class of the prestigious Peter Auto Endurance Legends and the Master’s AMEL race series at a fraction of the cost of other entries while it will continue to attract more than its fair share of the attention.

A well known car to us and previously sold and looked after by the RTCC race team.

A rare opportunity to own one of only 18 Porsche GT America's produced.