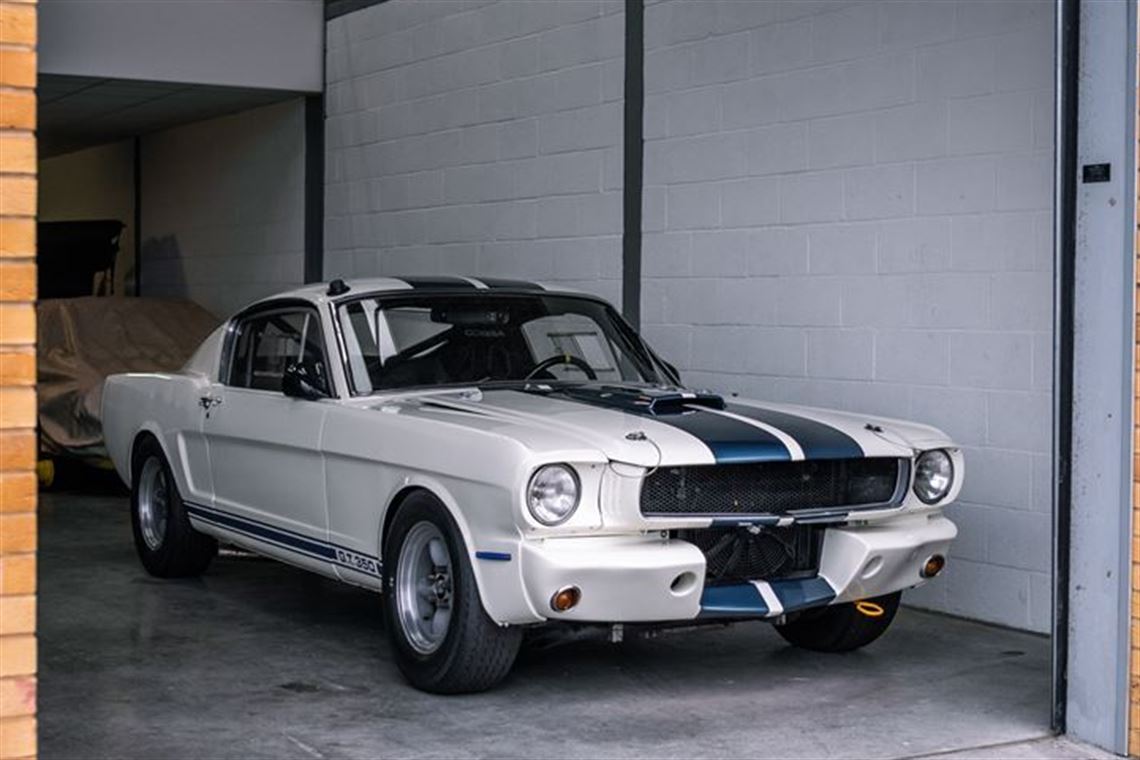 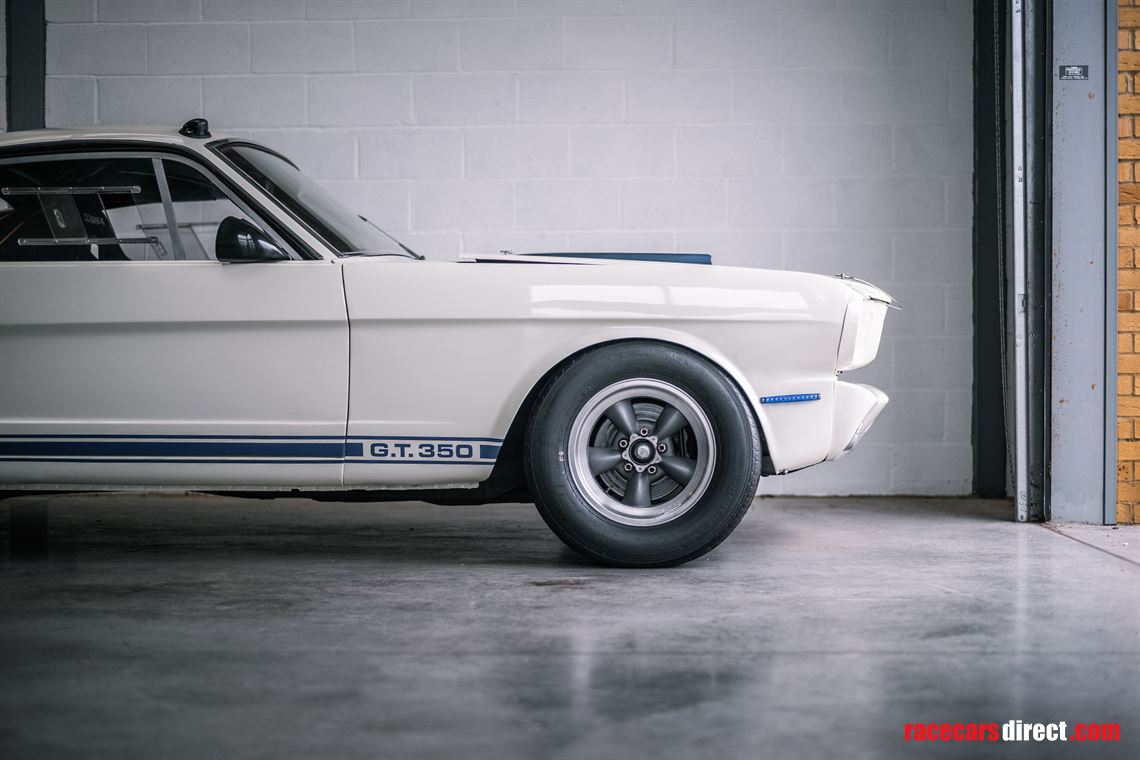 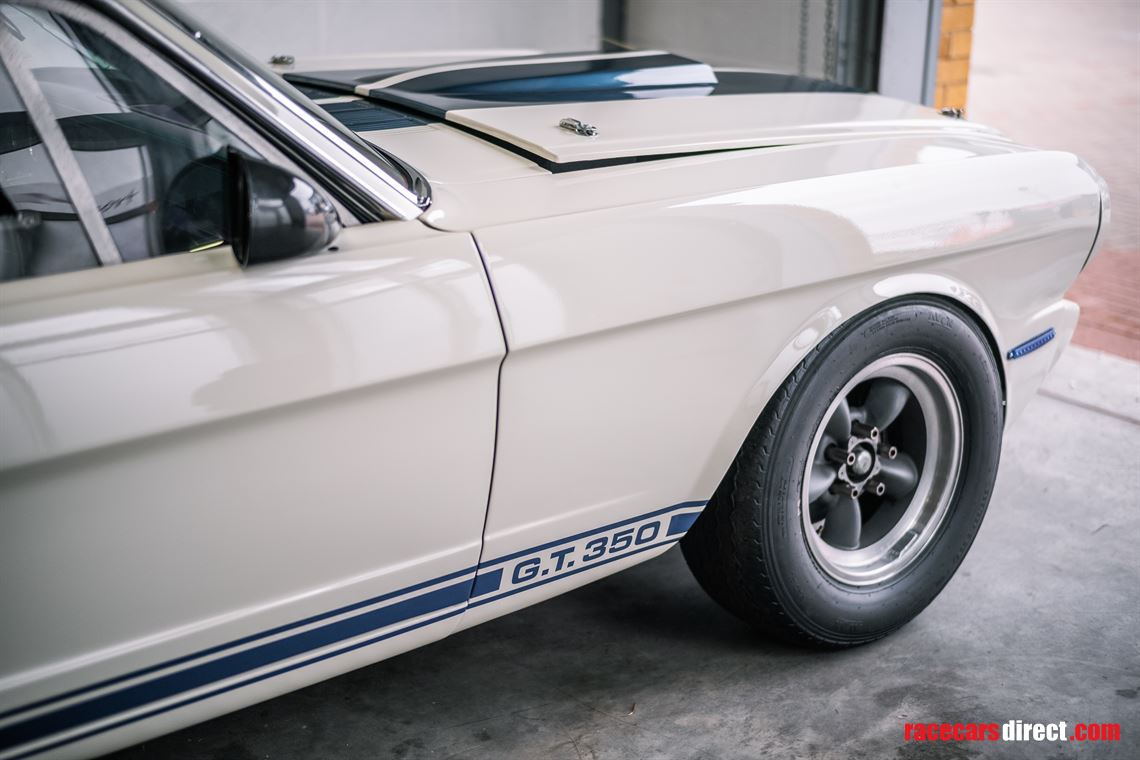 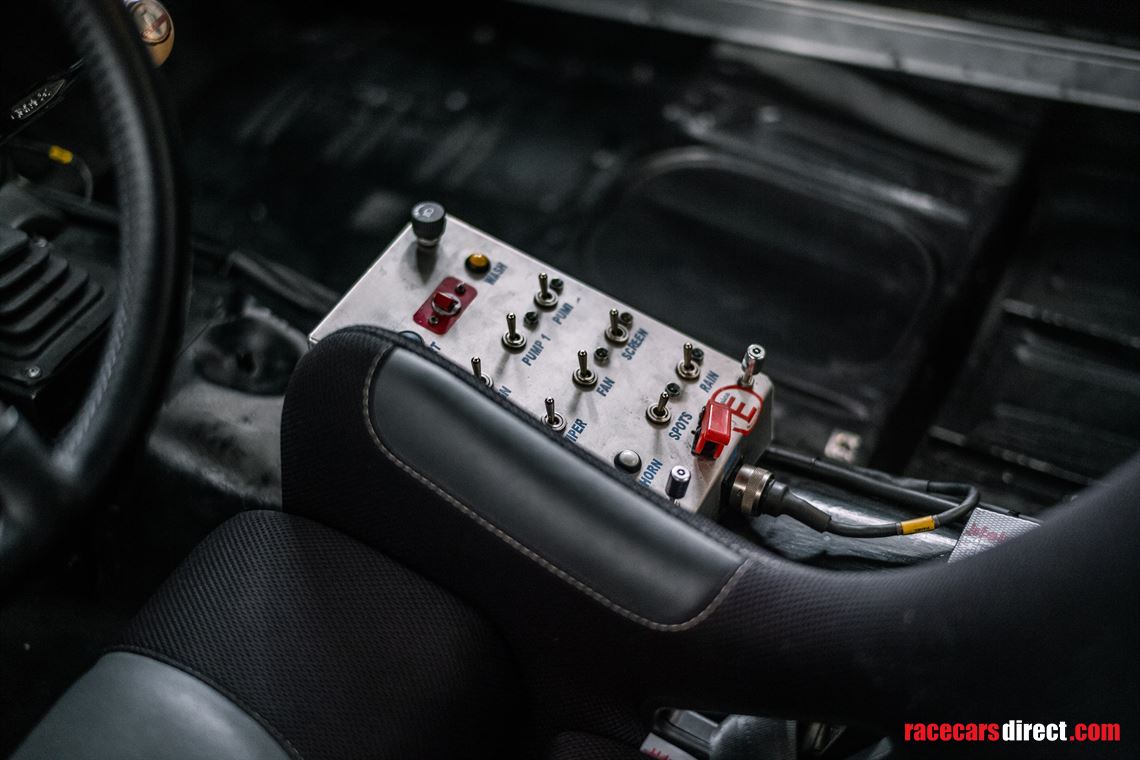 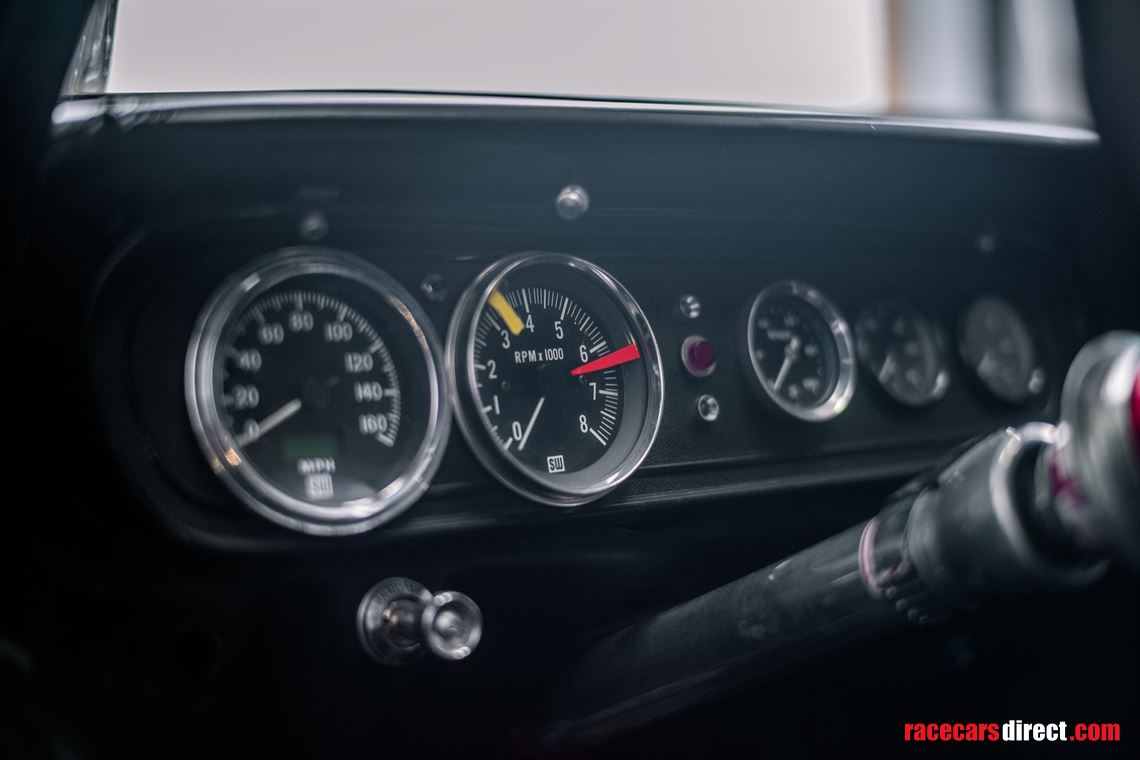 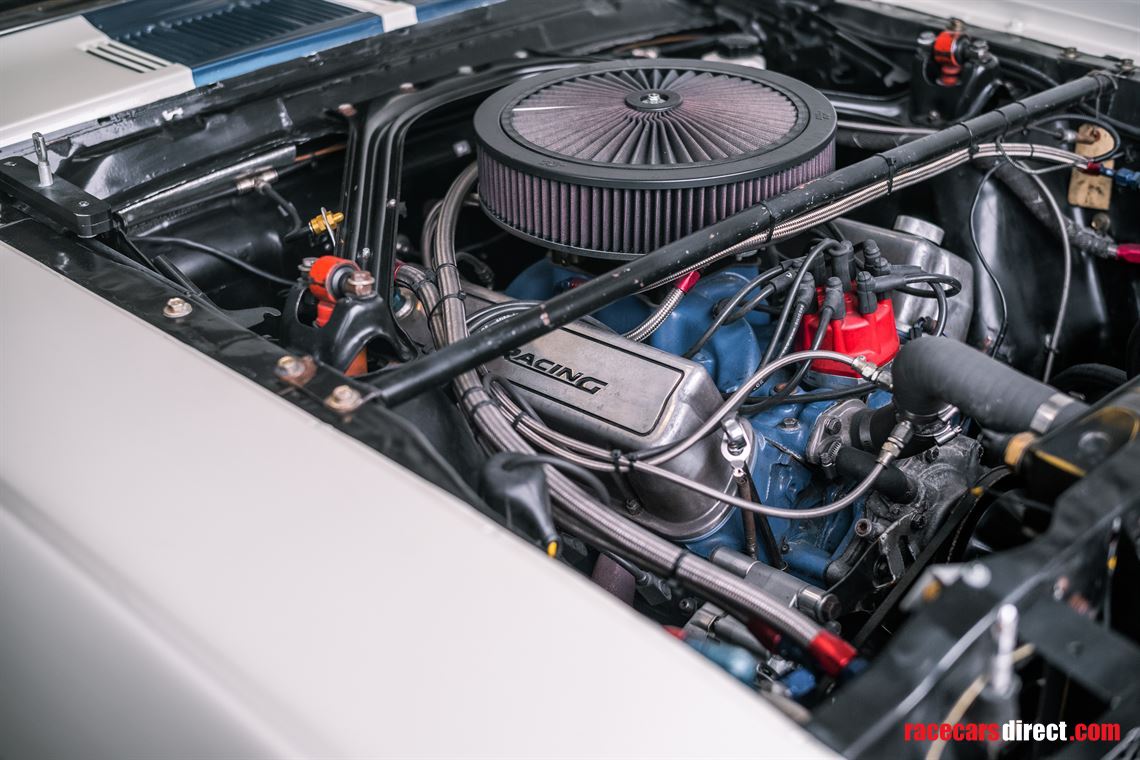 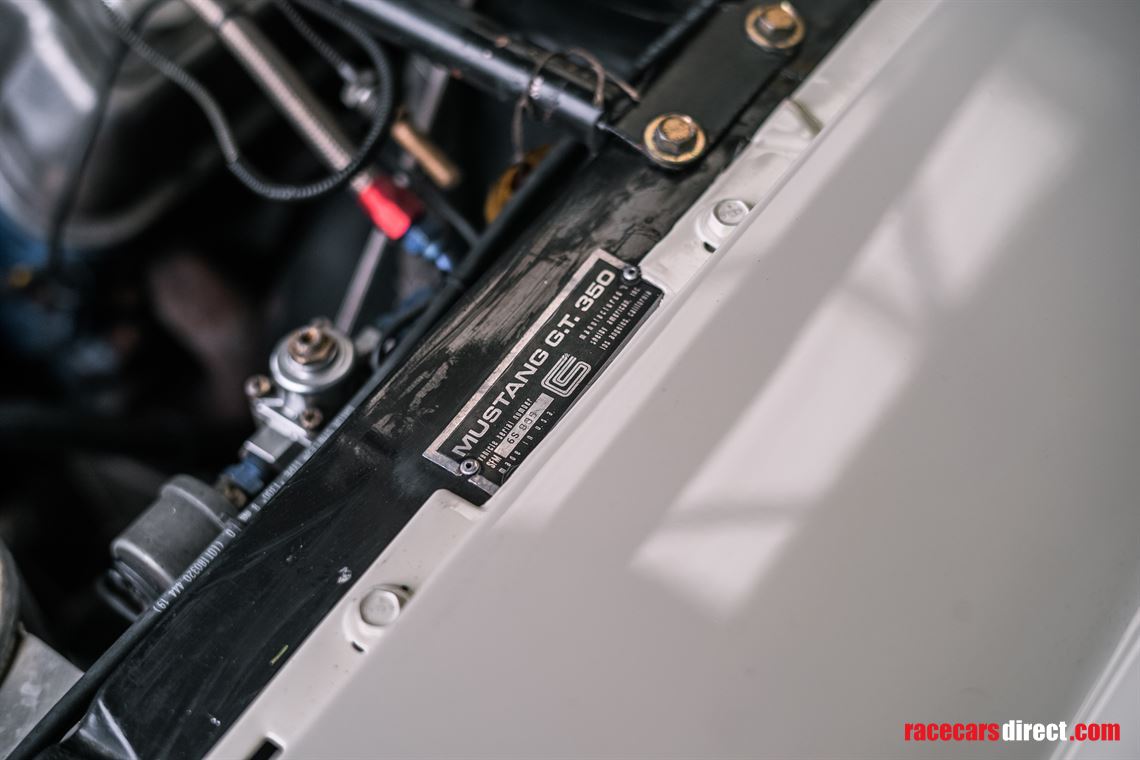 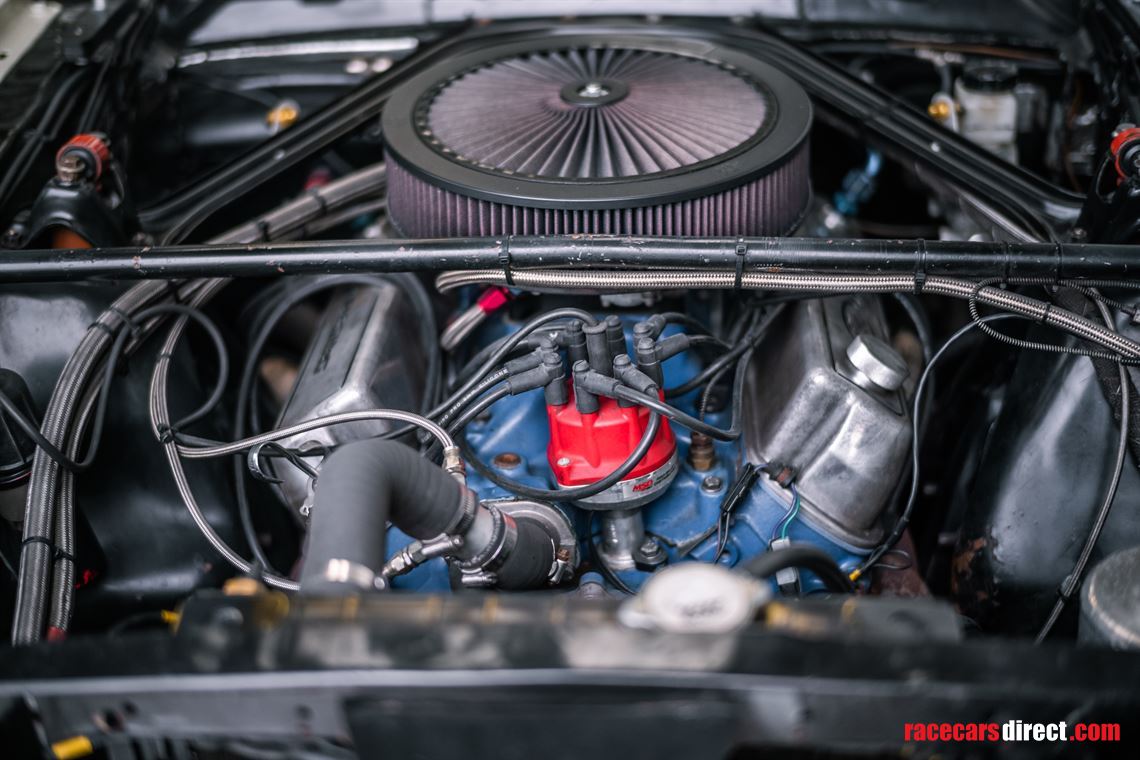 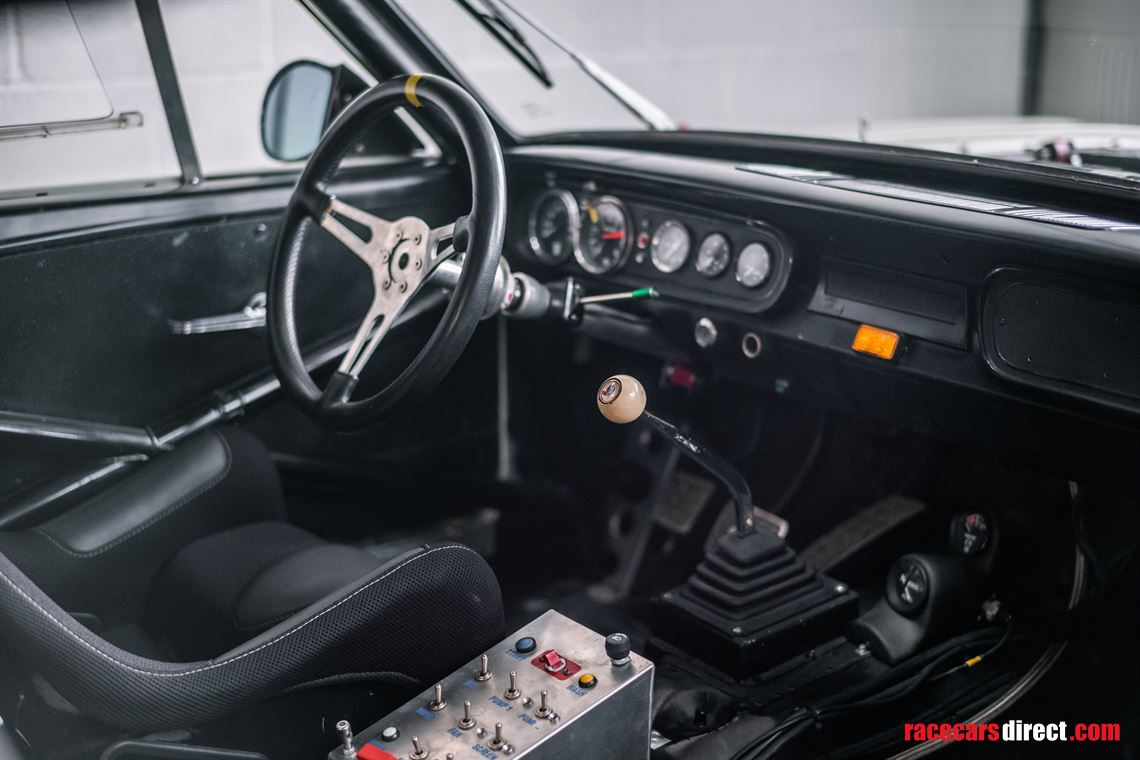 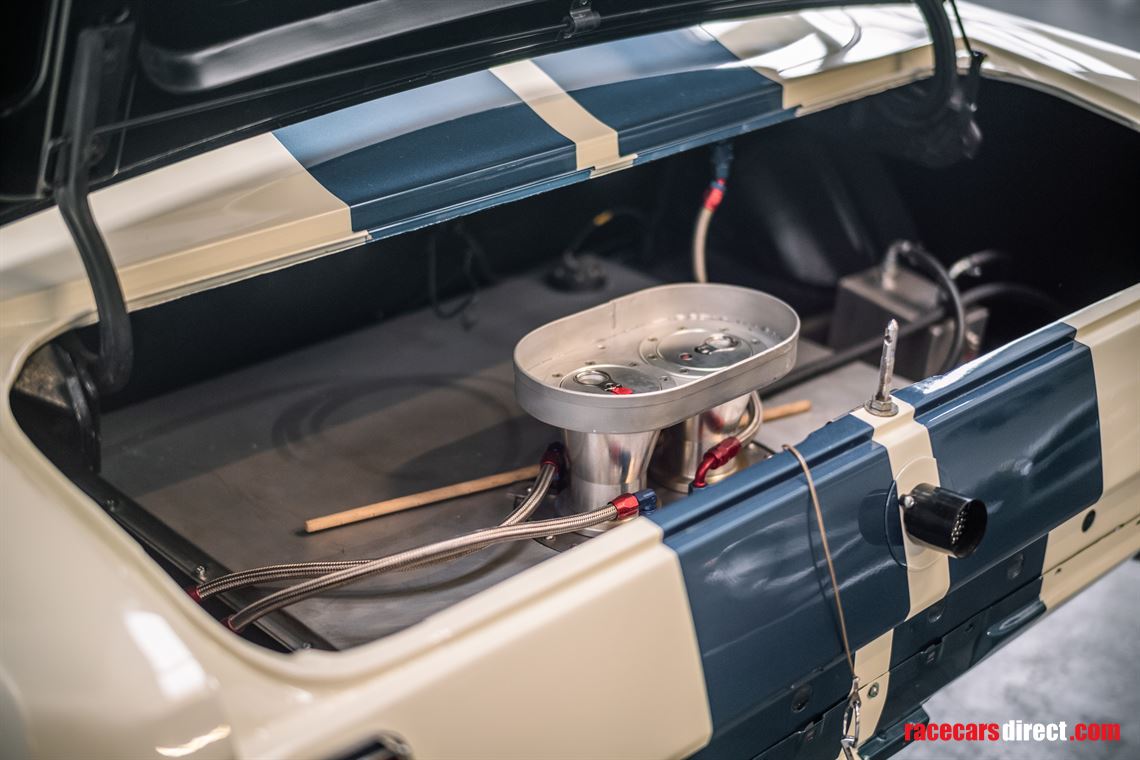 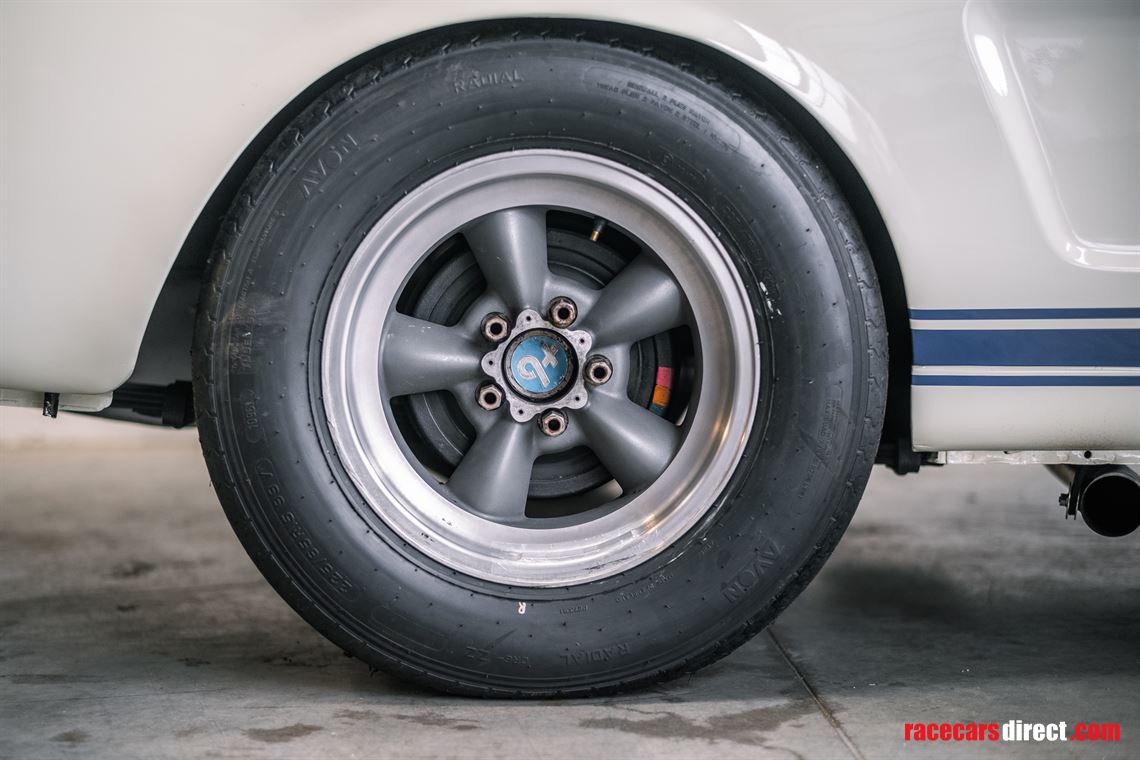 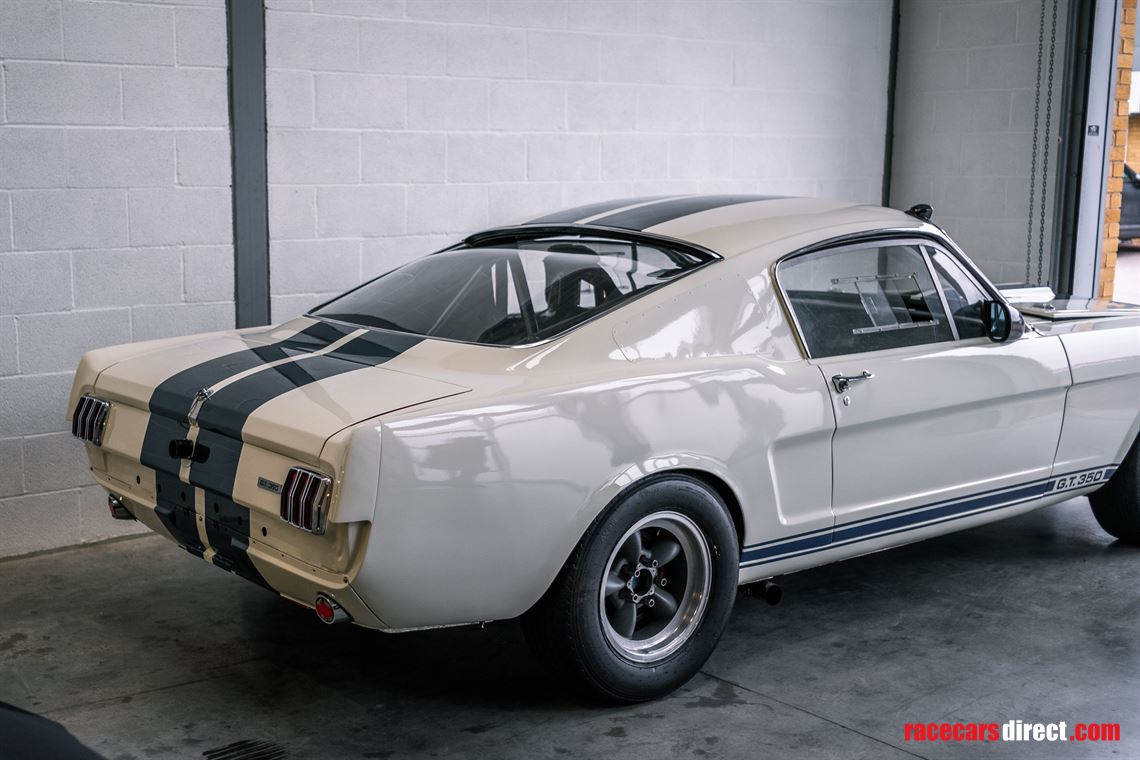 In the Shelby American World Registry it is stated that this particular car was built in December 1965 as a road car and shipped to Larsen Ford Inc in White Plains (NY) on the 10th of February 1966. It was purchased by its first owner Mark P. Norman from Rowayton (CT) on the 27th of May 1966. In 1968 the car was bought by Angelo Dominguez, a Cuban racing enthusiast from Miami who immediately started racing this car in national, SCCA (Sports Car Club of America), SVRA (Sportscar Vintage Racing Association) and ACALAM (Association of Latin American drivers in Miami) race-meetings. In the USA this car had SVRA Medallion status (FIA equivalent) to prove its racing pedigree and was invited to run in the 1988 Vintage race of the Miami Grand Prix. Later the car was sold to Peter Grimm Jr. from Fort Lauderdale who continued its racing history and campaigned the car for four years in various events at Laguna Seca, Road America, Sears Point and Moroso Motorsports Park in 1997. After some years he sold the car back to Angelo Dominguez before passing to Mr. Christopher Layman, a lawyer in Florida. When Mr. Layman offered this car for sale in 2003 having enjoyed the car at Sebring amongst other circuits. The car then passed to Jan Peeters of Holland who raced it in various FIA endurance events, including the European Historic Sportscar series, the Dutch GT series, The Oldtimer Grand Prix and annually at the Spa 6 Hours.

SFM 6S935 was acquired by the current owner in 2010 and has been restored and prepared by Wren Classics ever since with no expense spared. During an overhaul in 2017 the car received a new roll cage, suspension components including wishbones, springs, anti-roll bars, dampers, steering box, collapsible steering column and wiring loom. Suspension mounts were also crack-tested. This upgrade was a result of a set up report and recommendation by Nigel Rees of GSD. A fresh FIA HTP was issued in 2018 for Period F and Class GTS-12, along with a new FIA-spec fuel cell. Both the engine currently fitted and the spare have been built by Peter Knight and have been run in. GSD's full report is also available along with the dynamometer sheets for both engines).The present owner has enjoyed racing the GT350 in a wide variety of events organised by Peter Auto (including the Le Mans Classic), Motor Racing Legends, Masters Racing, Redwater Racing and with the GT & Sports Car Cup. Today SFM 6S935 presents superbly and is ready to be enjoyed in a wide variety of the finest events all over the world.

Shelby Can-Am "prototype" one of one

1990 Shelby Can-Am one of one prototype!

One of the few F355 Challenge really road legal, monthly driven and in a good condition. A collector

Get the full experience of the F1000 championship. Ideal trial for 2022. Interested?

Arrows A22 F1 Car in running condition, lap record Most 2020