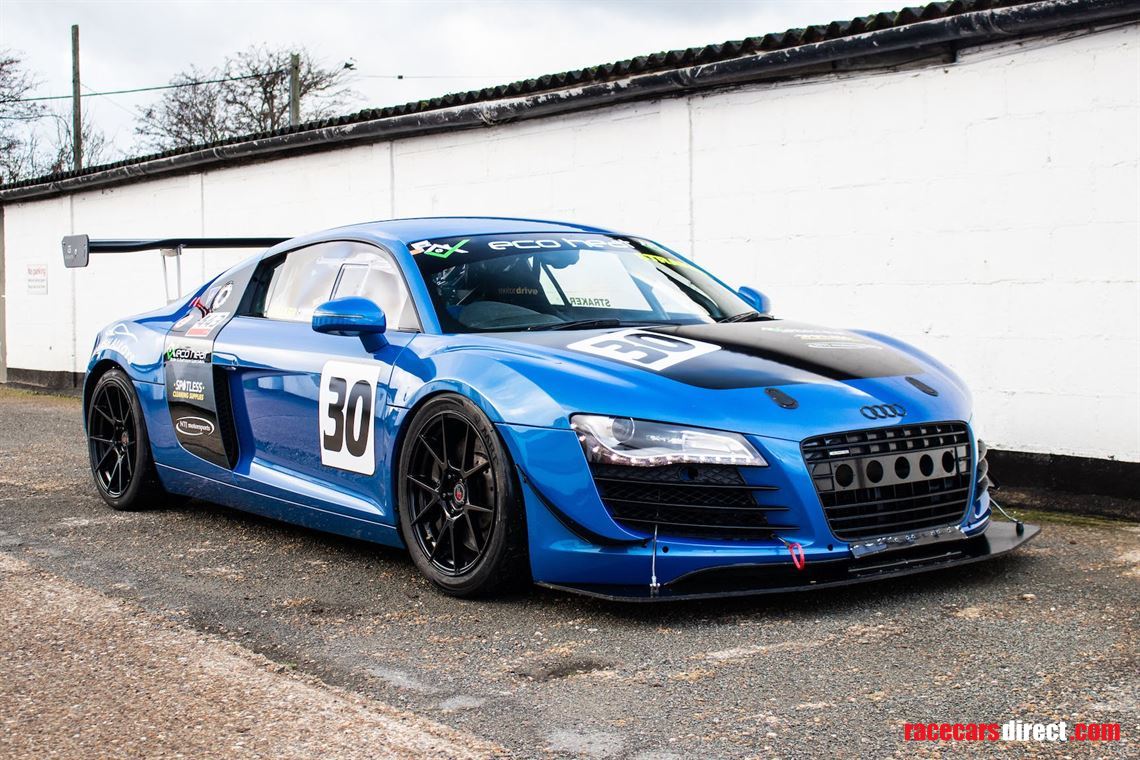 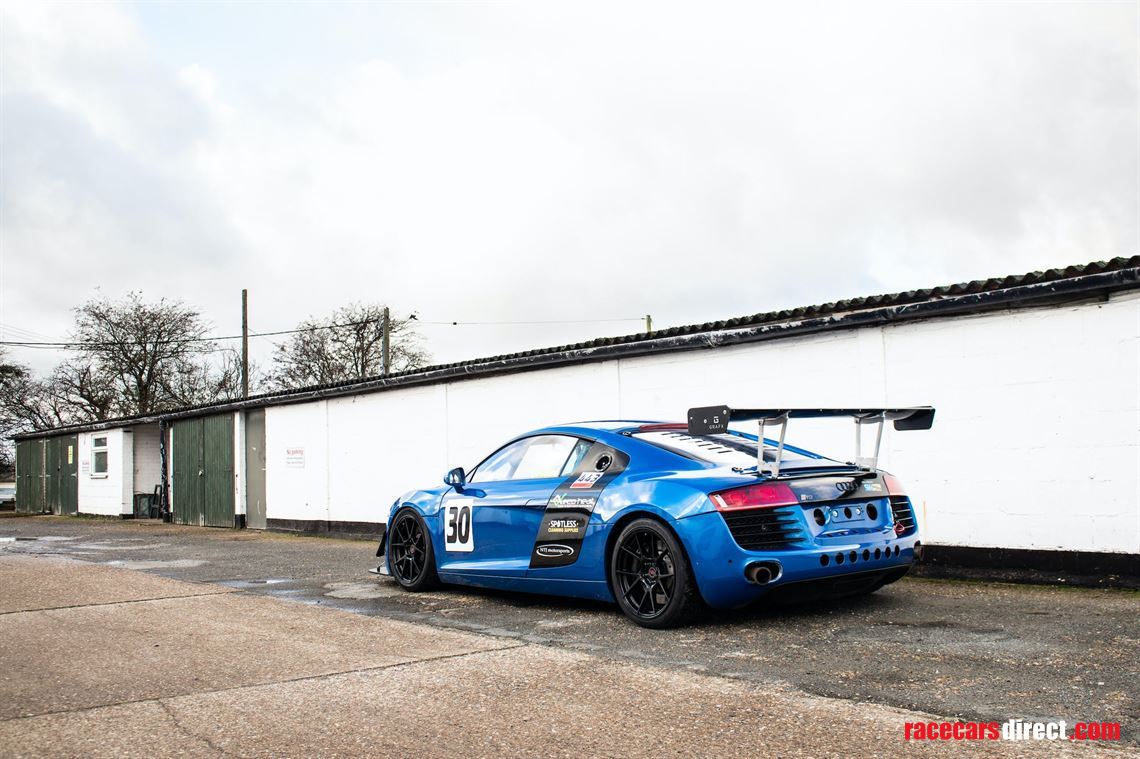 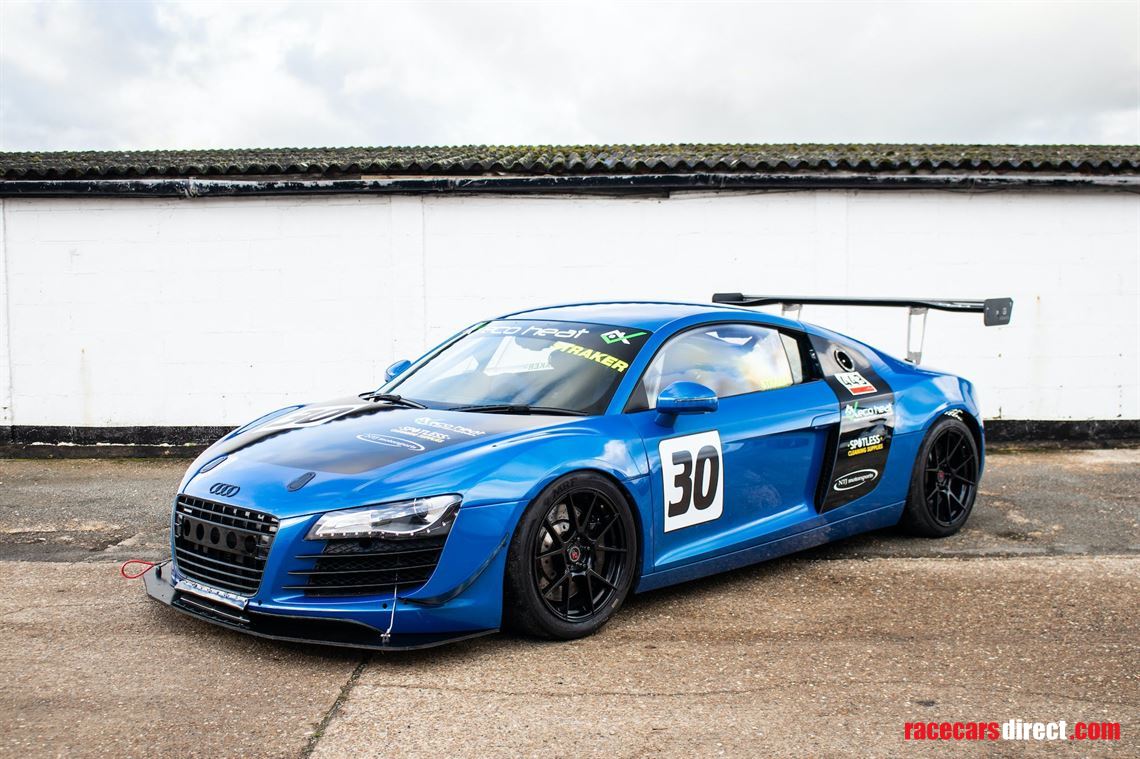 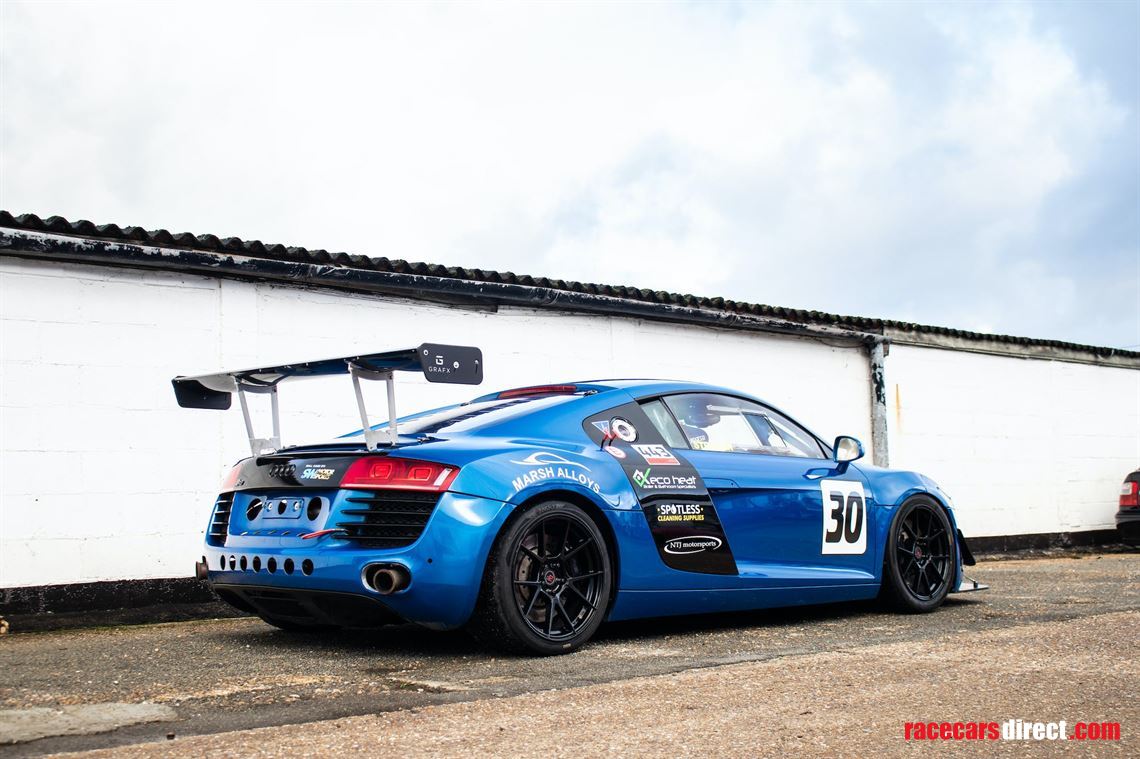 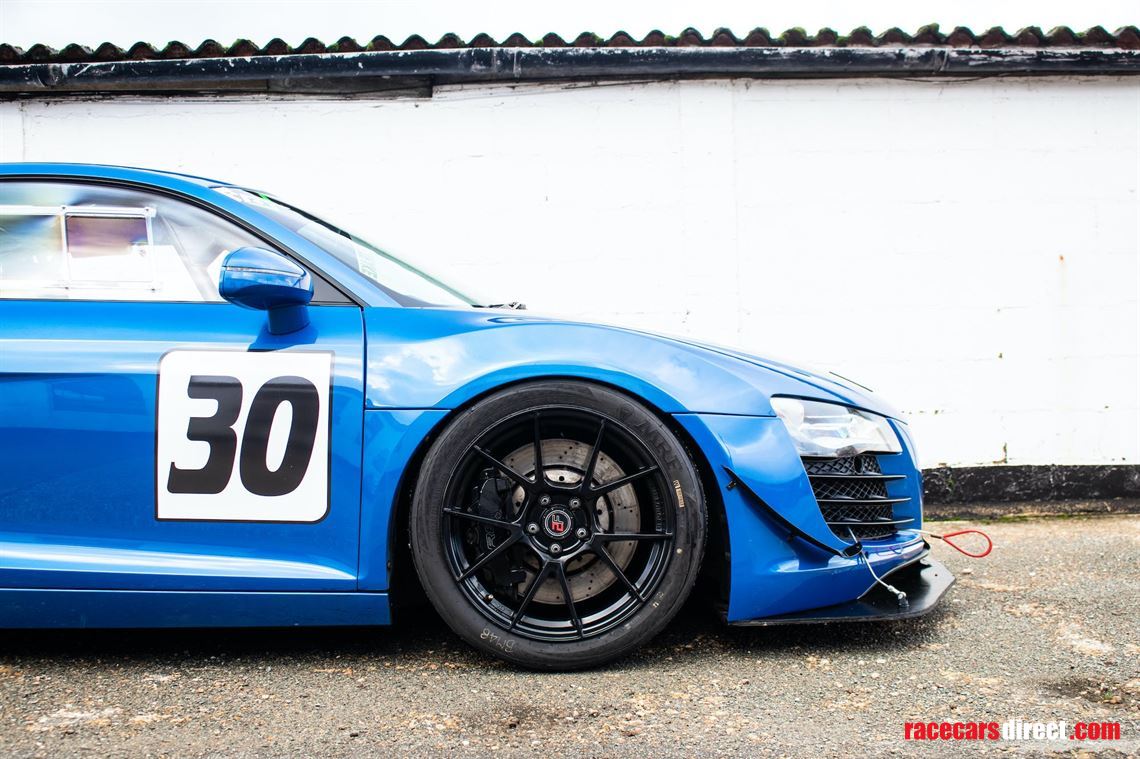 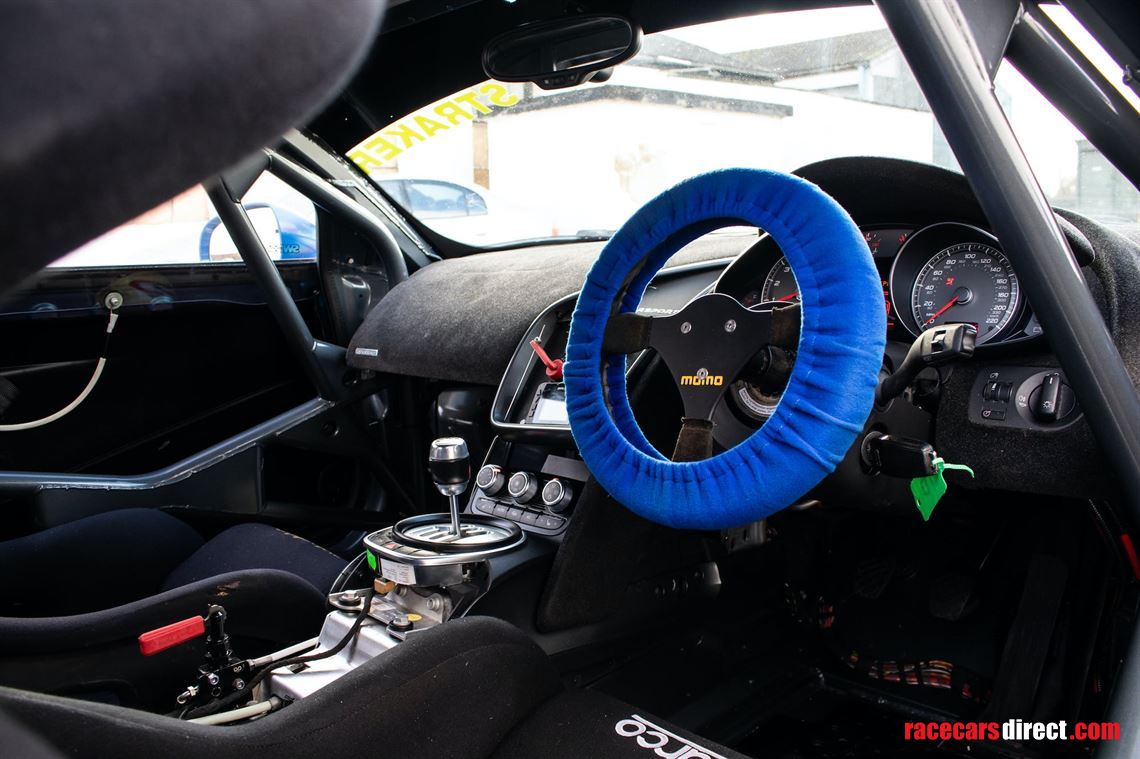 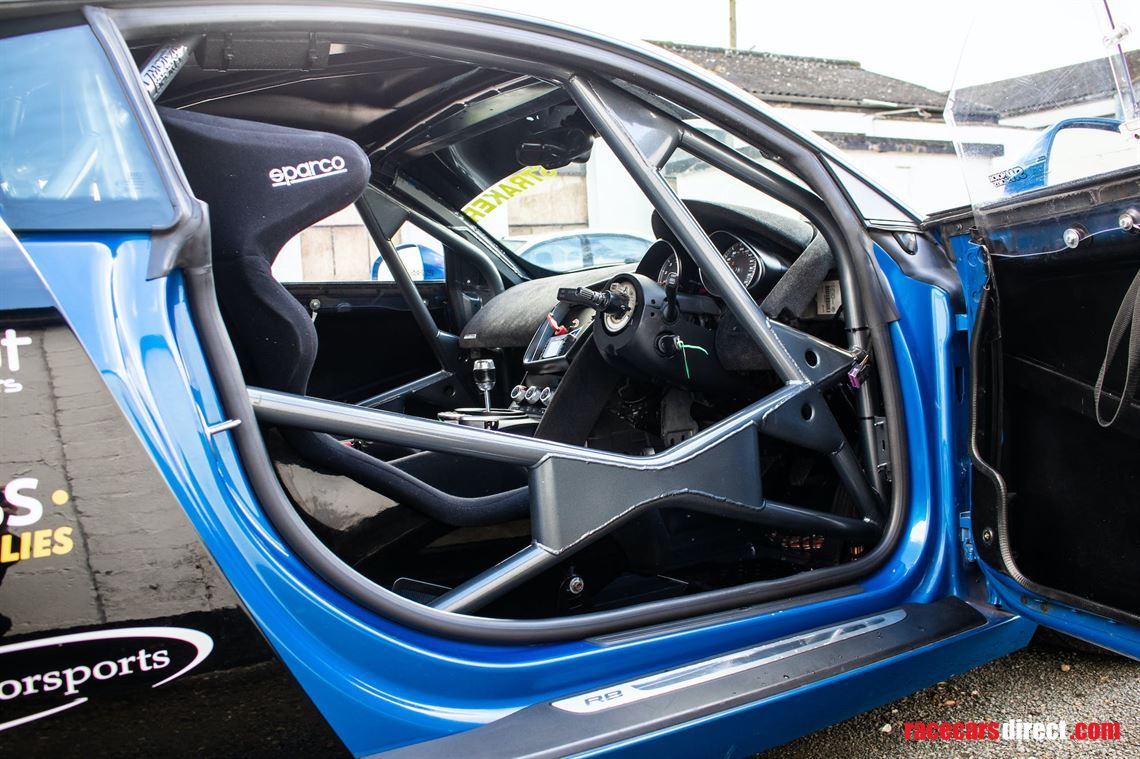 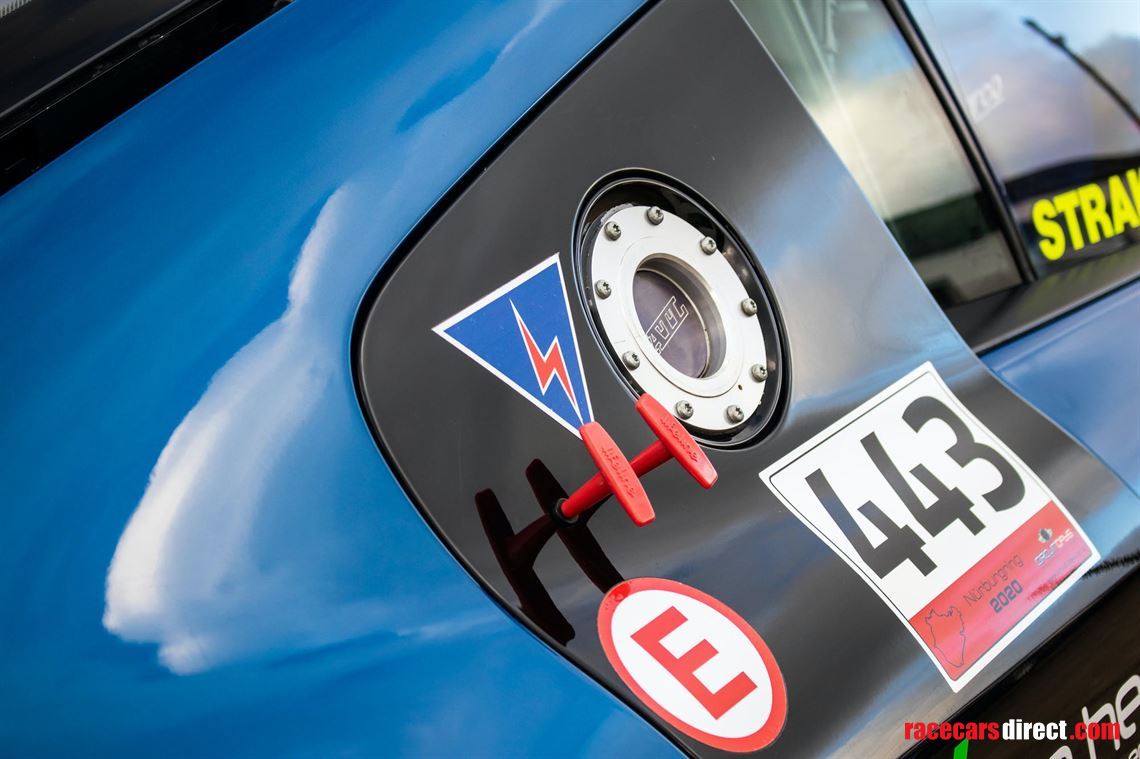 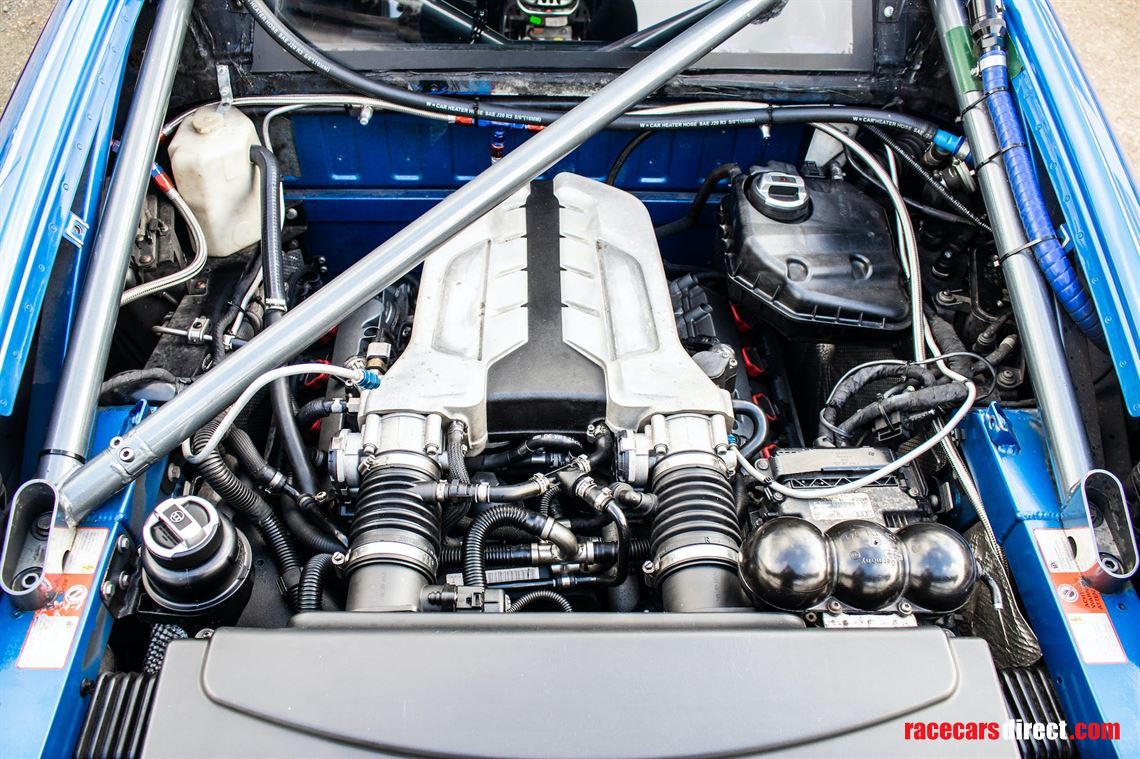 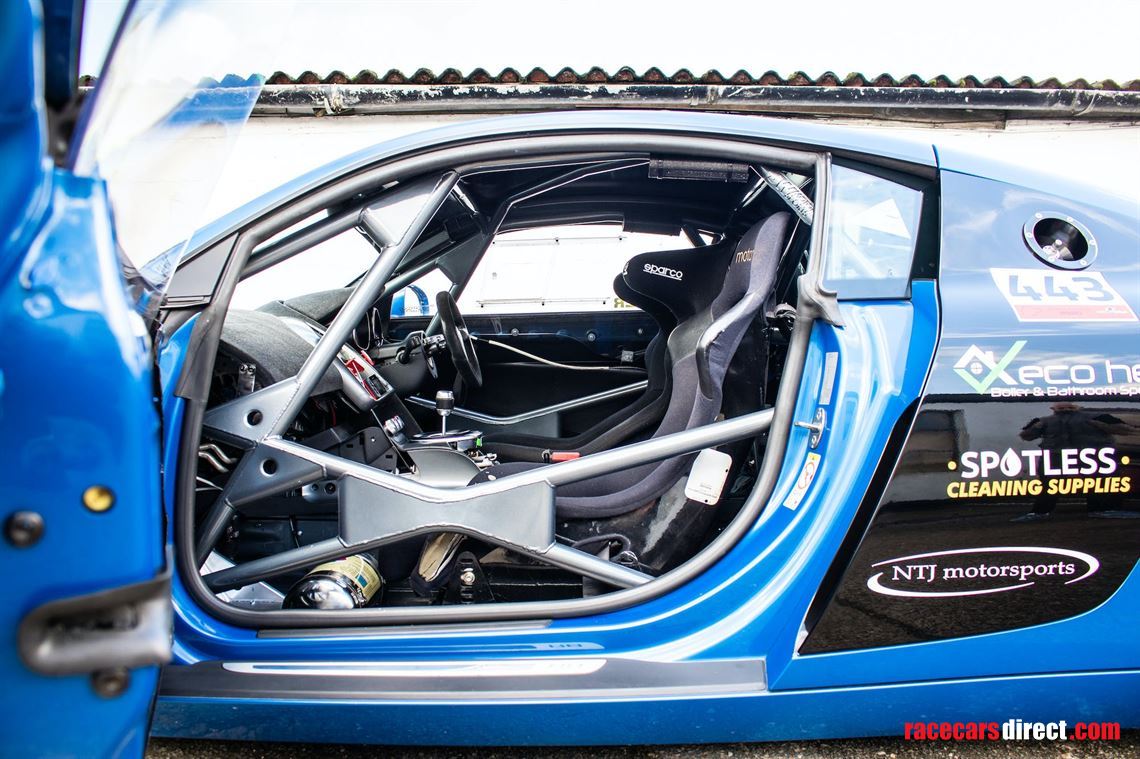 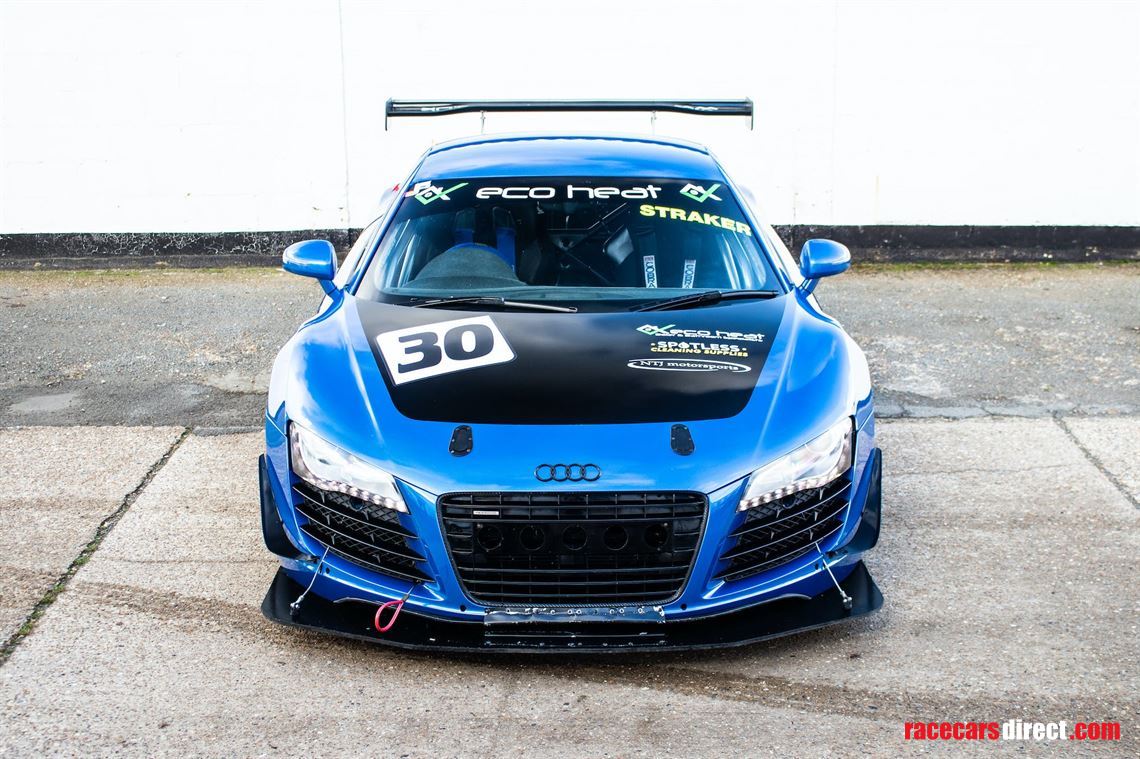 The car has been transformed  from a reliable everyday supercar to an aggressive ‘time attack’ style racer, which is ready to campaign. Its engine is the 4.2-litre naturally aspirated V8, which is now producing around 430bhp, coupled to the sought-after six-speed manual transmission and with a rear-wheel-drive conversion.

An original UK-market road car, this R8 was first registered on 1 September 2007 and has six previous keepers on the log book. It was acquired by a subsequent private owner in January 2018, and more recently by the racing team that has completed the conversion to its current specification.

Built for club-level racing, the specification for the car includes a suspension overhaul, with custom anti-roll bar links and toe links, and in-car bias valves. There are full braided brake lines installed throughout, with the factory R8 brakes enhanced by Pagid RSL pads all round. While it is now running as rear-wheel drive, the original traction control system is still operational.

The throttle bodies and coil packs were changed as a precaution - though the original items accompany the car - and all inlet ports were walnut blasted and the flap runners removed. It is equipped with a custom stainless steel exhaust system that will pass noise restrictions at track days, but also comes with bolt-on silencers should these be required. A quick refuelling system has also been installed.

The shell has been seam-welded by SW Motorsports, and a full FIA-approved roll cage has been fitted. It rides on 18-inch 2F forged racing wheels with MRF ZTR motorsport tyres on all four corners, and the standard 19-inch factory wheels are also included, fitted with Michelin Pilot Sport Cup 2 tyres.

There is a custom front splitter, front canards either side of the bumper, and a substantial custom rear wing. All of the windows are polycarbonate, a lightweight vented engine cover is fitted, and the rear bumper has been drilled through to aid cooling. Overall, the weight has come down to around 1350kg - which is believed to be around 110kg lighter than the standard road car. An air jack lifting system is also installed to make quick wheel changes even easier.

Inside, the cabin has been largely stripped out, and there is now an FIA-approved Sparco Circuit bucket seat for the driver and a Motordrive seat for the passenger. The driver’s seat is in date and in excellent condition, while the passenger seat is old. The top section of the dashboard remains, but has been recovered in non-reflective flocked fabric. Ahead of the driver is a quick-release Momo steering wheel, while the factory column stalks and dashboard display remain in place. There are battery cut-off switches located both inside and outside the car. The spoiler warning light illuminates due to the removal of the original factory item, but there are no other warning lights present, and no electrical issues.

The car has just received a full service with fresh engine oil, gearbox oil, power steering fluid and brake fluid, using motorsport grade products. Prior to this, it also had replacement engine oil and brake fluid six months ago.

The last MOT test was carried out on 27 November 2020 at 105,841 miles, which resulted in a first-time pass with no advisories or defects. Its MRT racing tyres are in near-new condition having covered only a small number of laps. The car is accompanied by two keys.

This Audi R8 race car is a head-turning custom build, which has distilled the character of the marque’s V8 supercar with its sublime manual gearbox into a more aggressive and focused machine. It has previously competed in European Time Attack racing series, and is only being offered for sale as the subsequent season was cancelled. The car is ready to compete in, and could be a compelling entrant to a wide range of club-level motorsport events.

Delivery can be arranged

I have WhatsApp and can send any requested videos, photos etc

built to current 750 mc clio 182 championship regs. Fully paint job and set up for this season