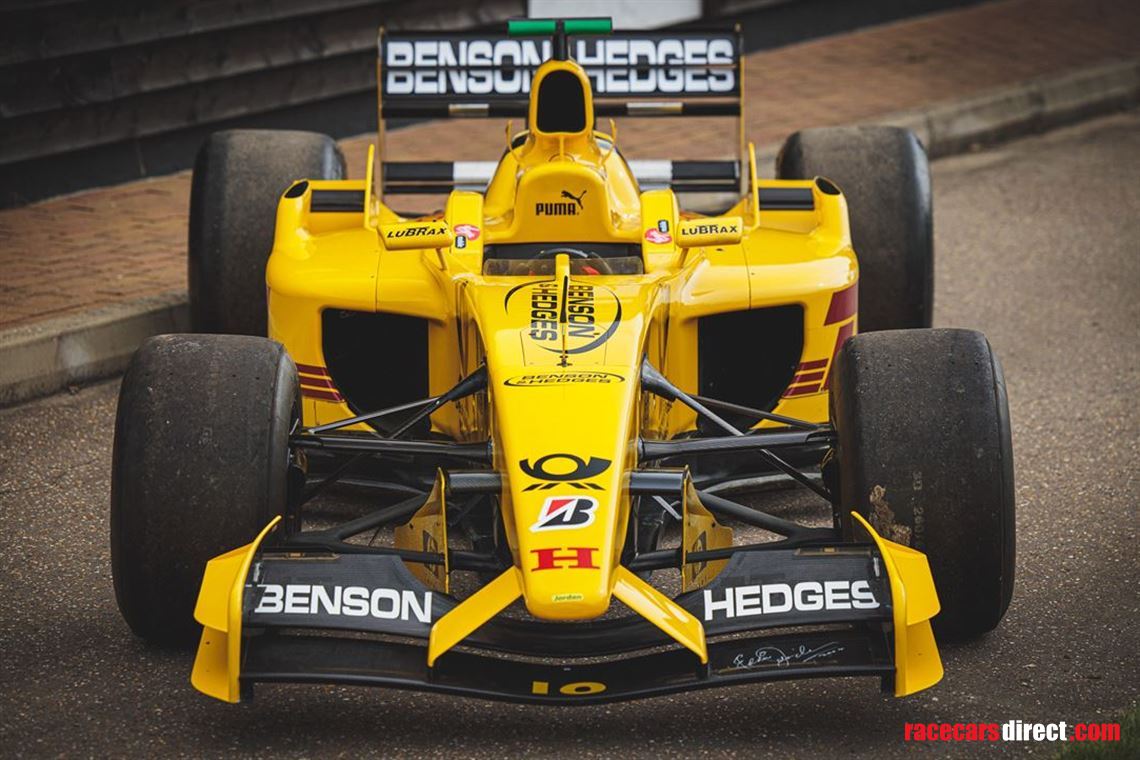 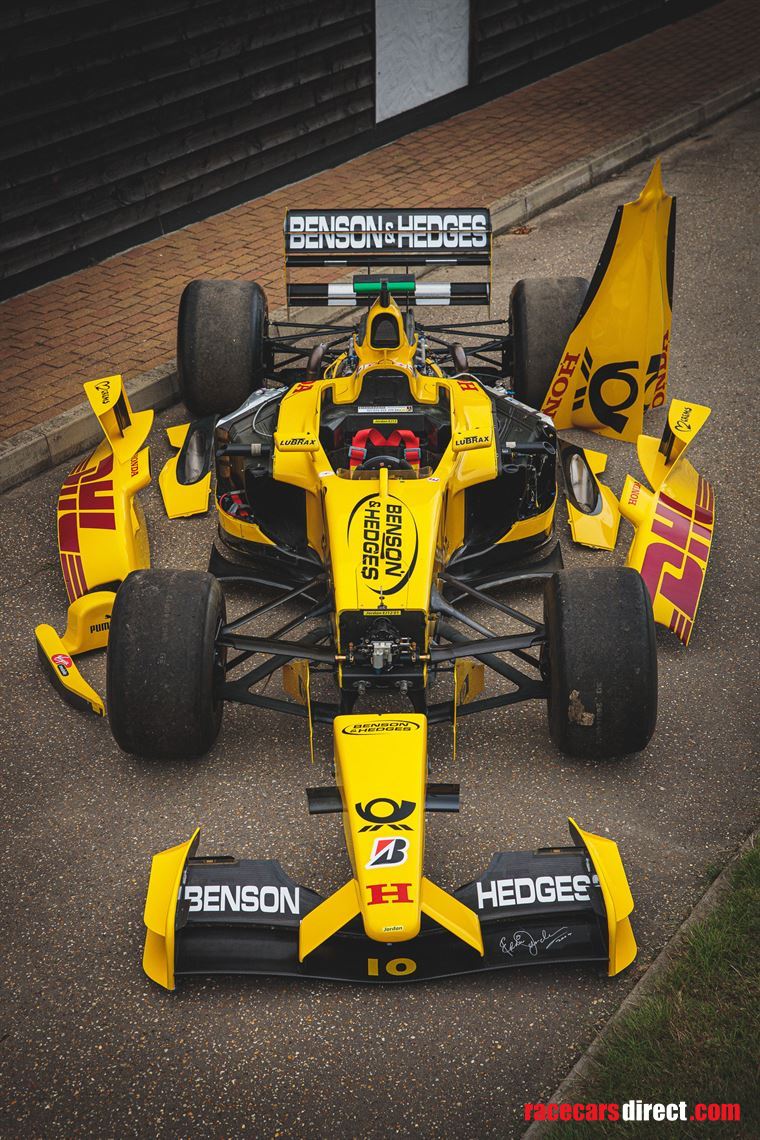 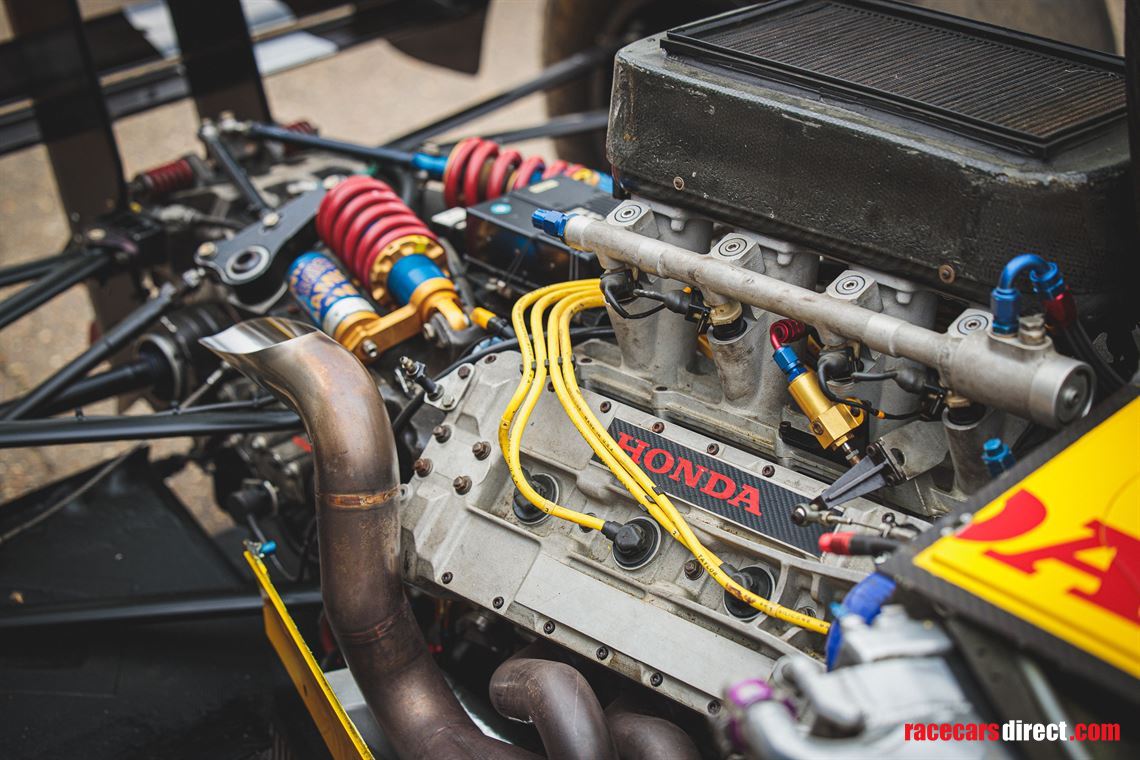 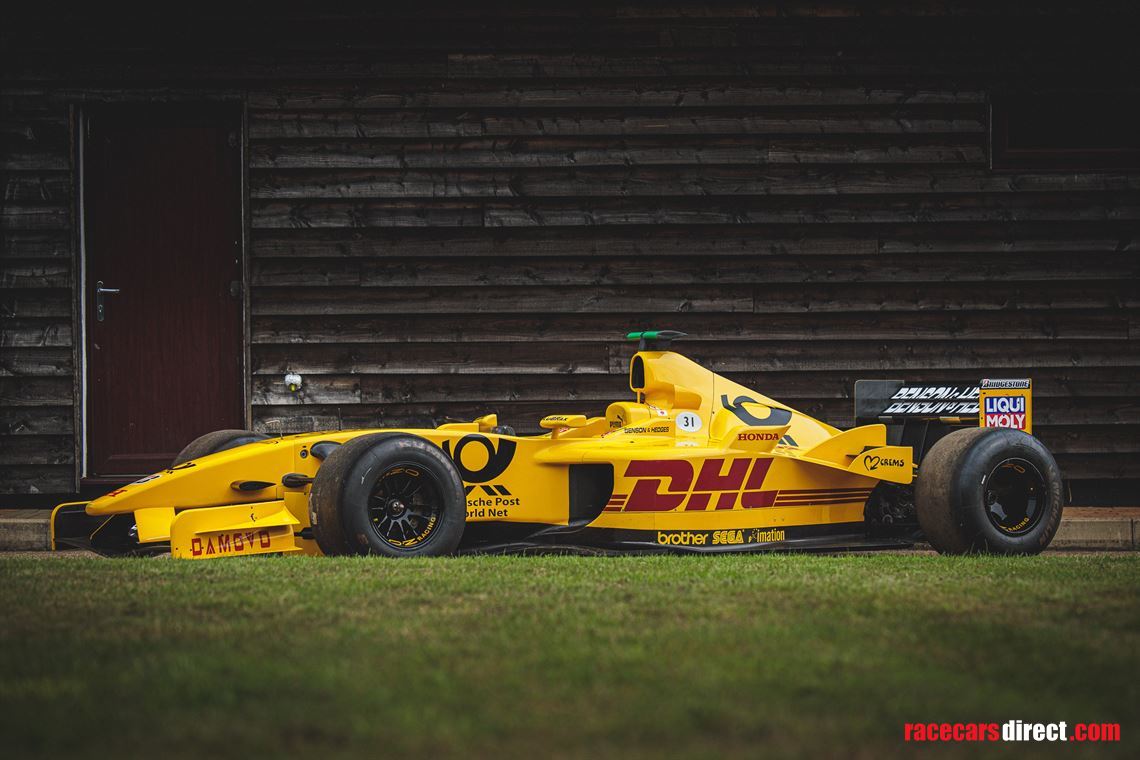 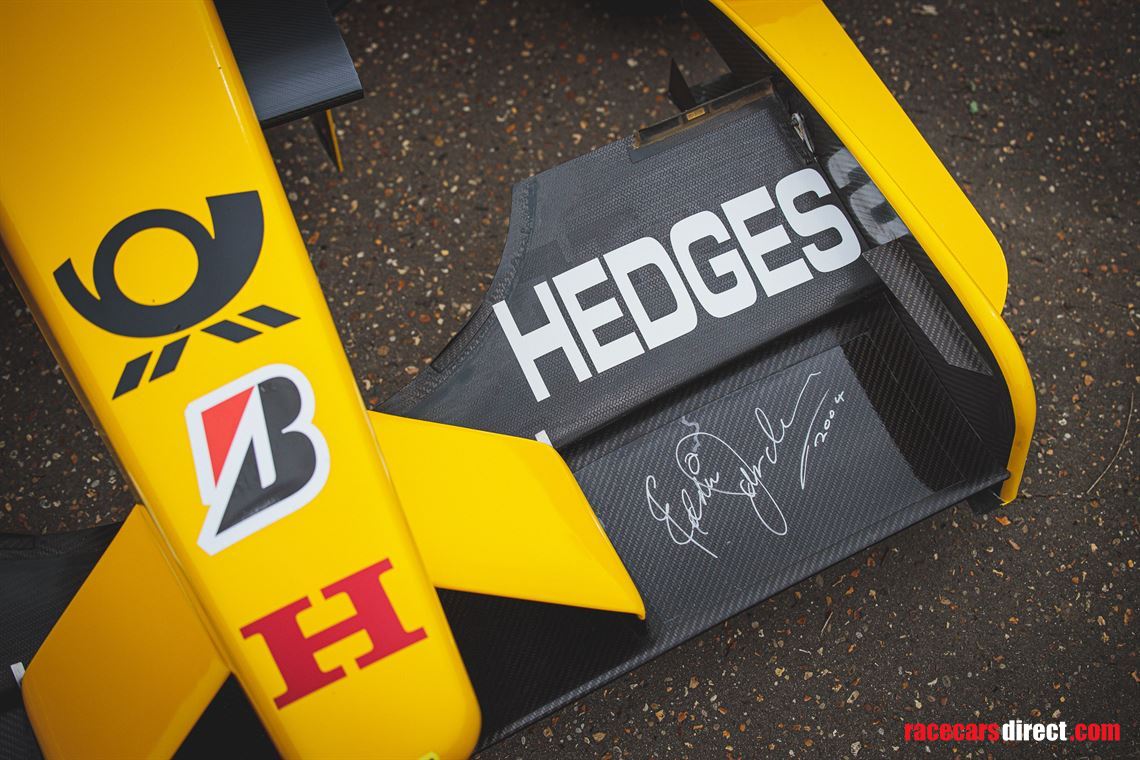 For auction on The Market, ending Tuesday 29th September - Price is an Estimate.

Remember the launch car, chassis number 1 that was driven and tested by Takuma Sato at Silverstone before being flown by DHL to Brussels international airport where it launched the 2002 Jordan F1 season on the 20th February held in the DHL hangar? Well, this is that very car.

But, whereas a full-blown F1 engine takes a team of engineers and considerable computing power simply to start it much less drive it, this one’s Judd KV8 Zytec S3000 Formula 3000 engine can be started by one person alone simply by pressing a button…

You see, Honda does not allow its engines to leave its hands, hence the change of motive power. It’s also mated to a five-speed pneumatic paddle-shift Lola/Hewland gearbox, which benefits from the latest Geartronics GCU upgrade. The combination is a compelling one as it makes the car much more usable and significantly cheaper to run while only losing the sort of performance edge it would take a genuine F1 driver to exploit…

Released for sale to the public as a rolling chassis in 2004, chassis #1 has been in the care of the vendor for the past seven years after being bought from its second owner in Sweden. A full-on bonkers car enthusiast, he swapped a passion for Ferrari (he’s had 29 road cars in his time) for the adrenaline-fuelled delights of running F1 cars. This is his third and even he has been amazed at the doors it has unlocked for him – and how reasonable its running costs have been

Extraordinarily popular, EJ12 has been touring Europe doing demonstrations at various race events for the past few years, unlocking access to events such as the Goodwood Festival of Speed in 2016, where it was on static display.

Why is it so admired? Well, only five EJ12s were ever built: two were written off, and one disappeared after possibly being stolen. Chassis #4, which Takuma took to fifth place, is in the Honda museum and is unlikely to ever leave it, even briefly. This means that if you want to see an EJ12 running this is your only option.

It comes as a complete package, including the original 2002 Jordan / DHL team wear and a garage set up that enables you to create a 1:1 scale full-size diorama.

Oh, and all the future invitations that the owner has will be transferred to the car’s new owner should they want them – and while the vendor does hold a basic competition licence, he has demonstrated it using nothing more exotic than a normal UK road licence on occasion.