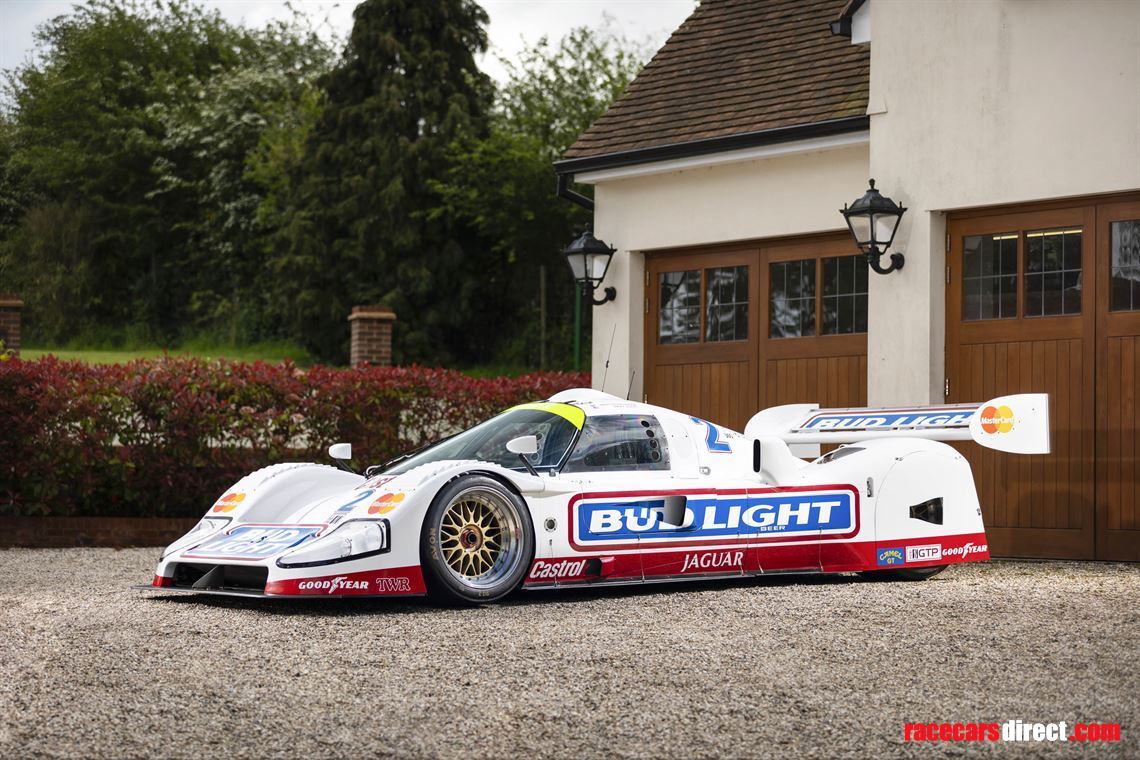 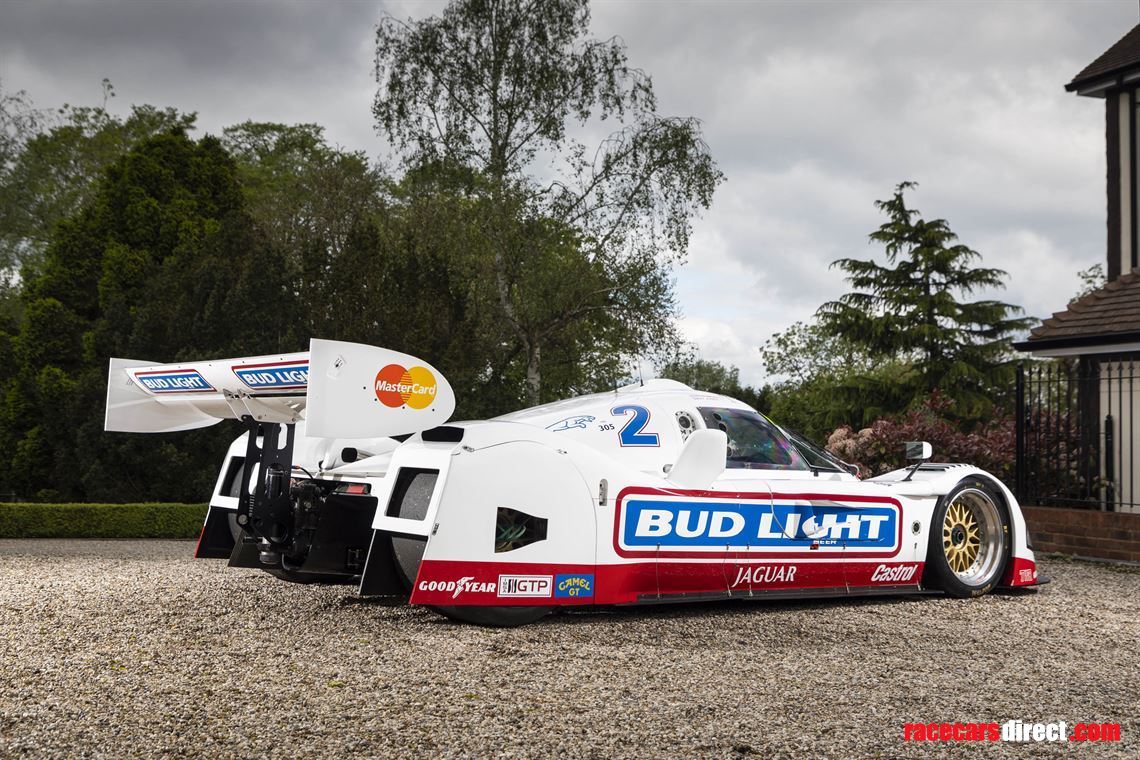 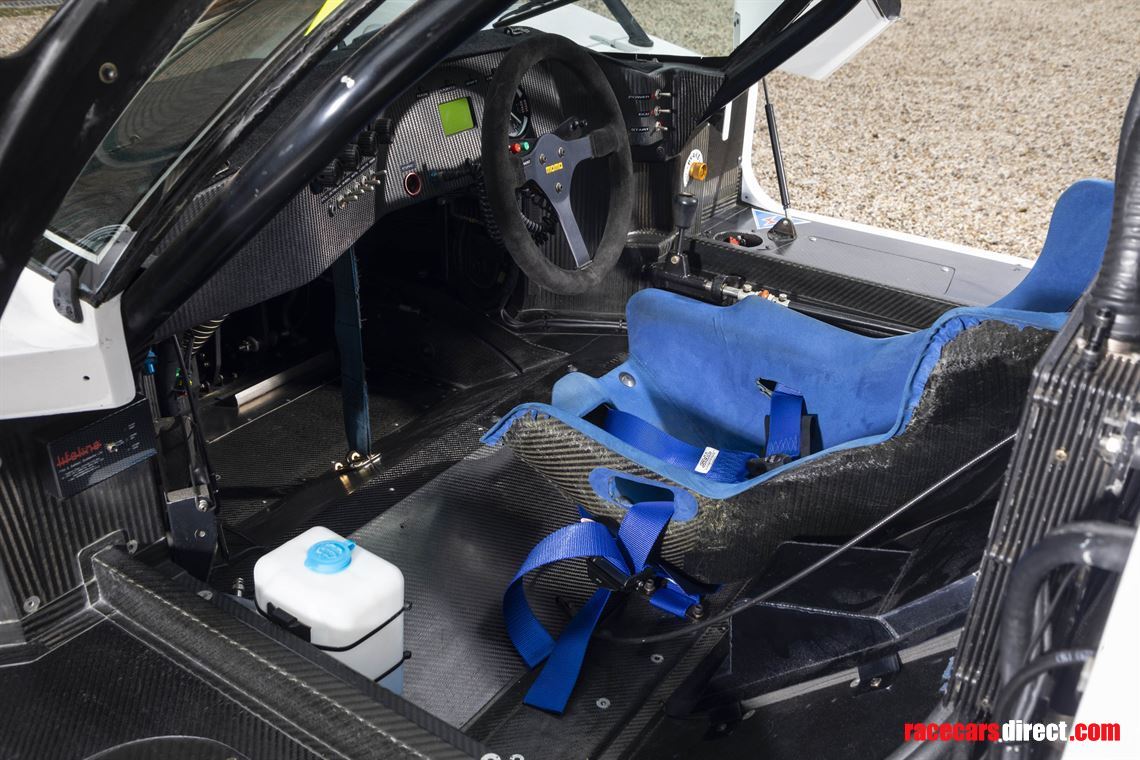 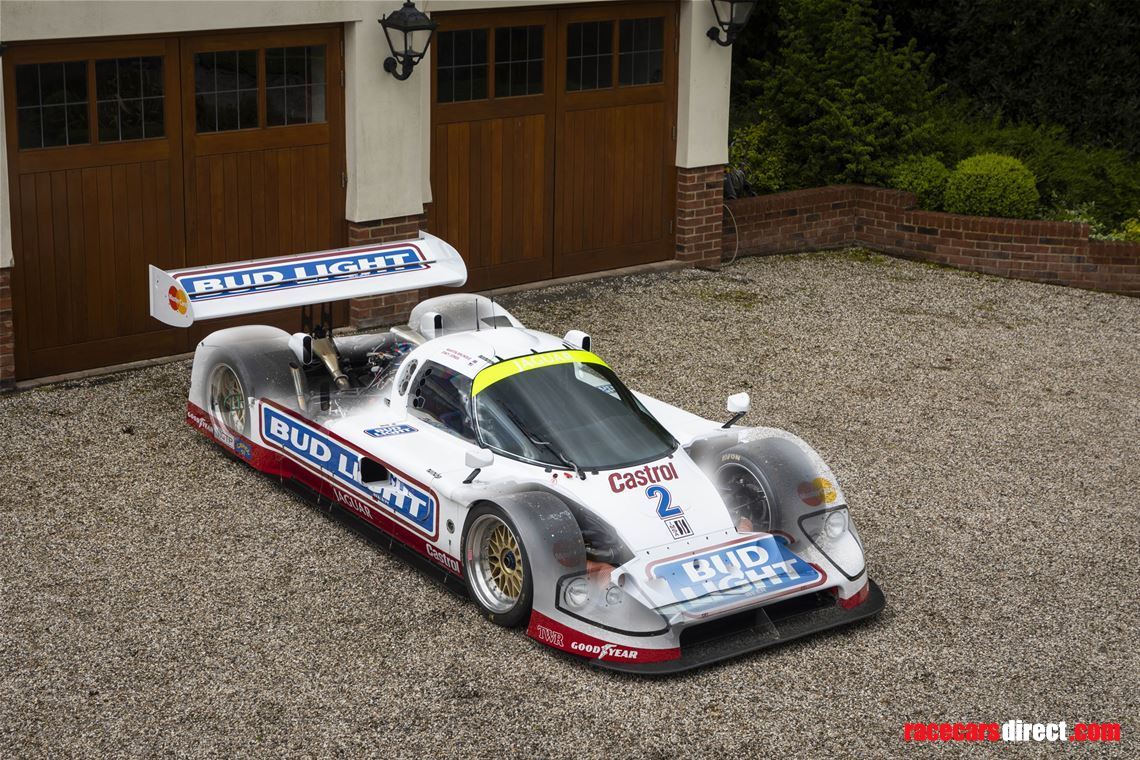 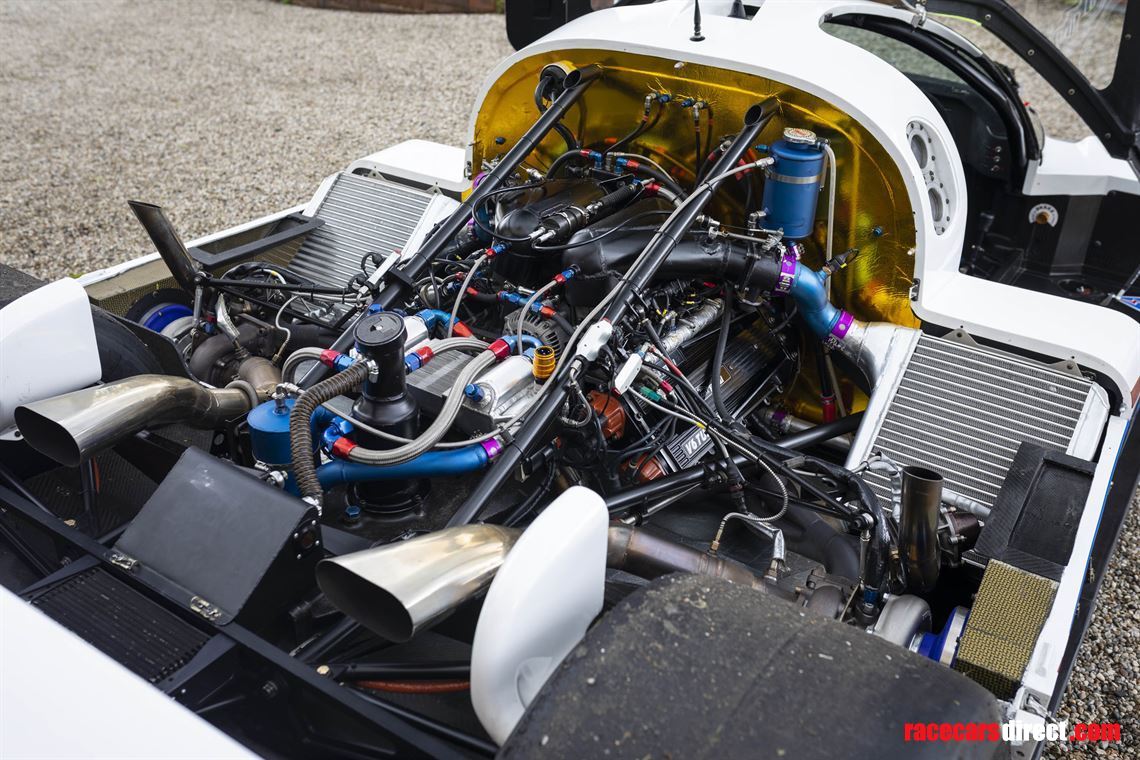 During 1989 and using the light compact JV-6 Twin Turbo engine as a new power source, Tony Southgate with the help of Ross Brawn, set about designing a new chassis for the prototype that TWR Jaguar Sport would field in the 3.0L American IMSA series.

With additional cooling and aerodynamics for the tighter circuits in the States, the new package aided development of higher downforces needed in comparison to the requirements of the European LeMans series circuits.

Being the 3rd XJR-10 chassis built, #589 made its debut at the end of 1989 in October at Del Mar, driven by Price Cobb, placing 4th in qualifying and finishing in 7th.

During the 1990 season, the two XJR-10’s under Castrol colours engaged in a highly competitive field and with some excellent results, with #589 picking up 1st, 2nd and 3rd places throughout the season.
Going into 1991 and in their new BUD LIGHT sponsor colours, the improved XJR-10’s were well suited to the shorter sprint races at the start of the season. Davy Jones in #589, now Numbered No.2, started the new year with great success in March at Round 2 in West Palm Beach.

Placing the car 2nd on the grid, Jones went to P1 on the first lap and continued on to a resounding win. #589 went on to compete in a further 3 races during 1991 including another podium with Raul Boesel at Road Atlanta, before being superseded by the more up to date XJR-16’s, finishing its last race in the May 1991 and subsequently was not used again competitively.
Coming out of retirement into its current ownership, a worldwide renowned XJR Jaguar owner, the decision was taken to restore #589 to like new condition and as it competed in its Palm Beach win in Number 2 livery, with no expense spared on any part of the restoration and the race preparation

The JV-6 engine was stripped and all the internals replaced with new components, the gearbox was subject to a similar quality rebuild. The entire car was dismantled with each item being inspected and refitted with new bolts throughout. All suspension items have been fully crack tested with fuel tank, belts and fire extinguishers system all in date to meet with current competition compliance.
Since its last race and the completion of the rebuild, #589 took part in a demonstration for TWR Jaguars at Goodwood last year. Other than this medium pace 15 minute run, #589 has not been used and so has a full life engine and is ready to be run and driven. Supplied complete with a substantial spares package, supporting documentation including historical papers, set up and maintenance records.

One of the most winning cars ever in Porsche Carrera Cup Italia!