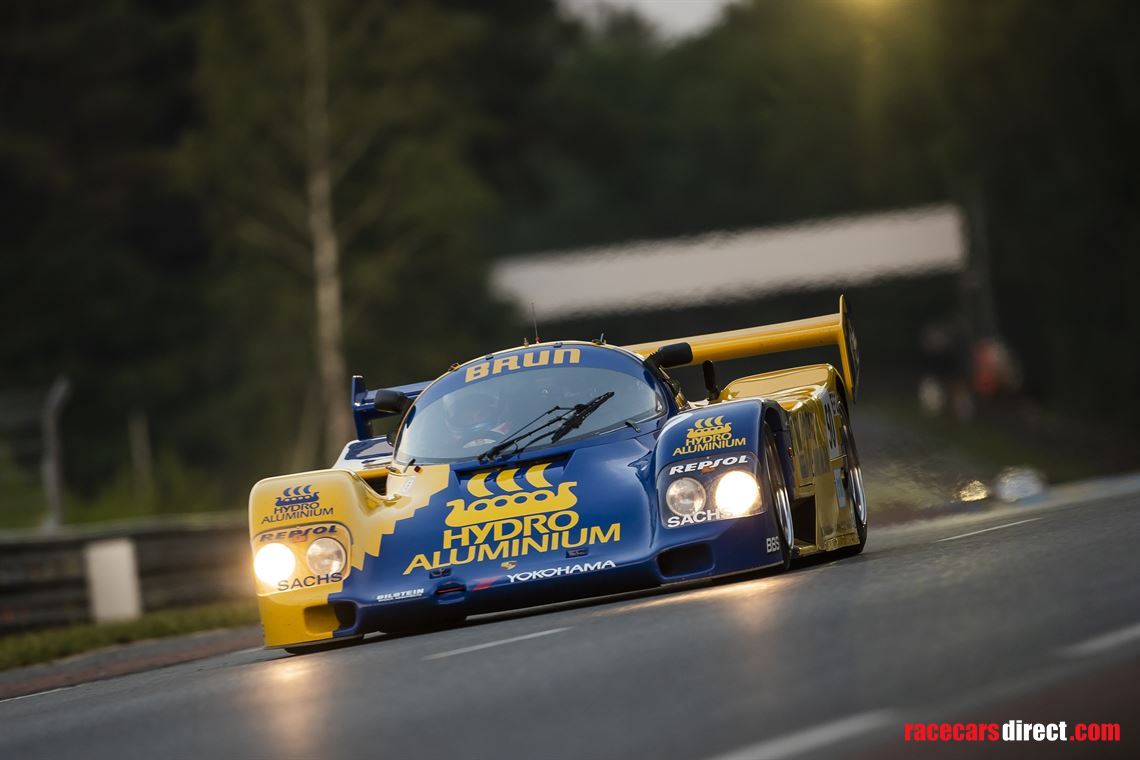 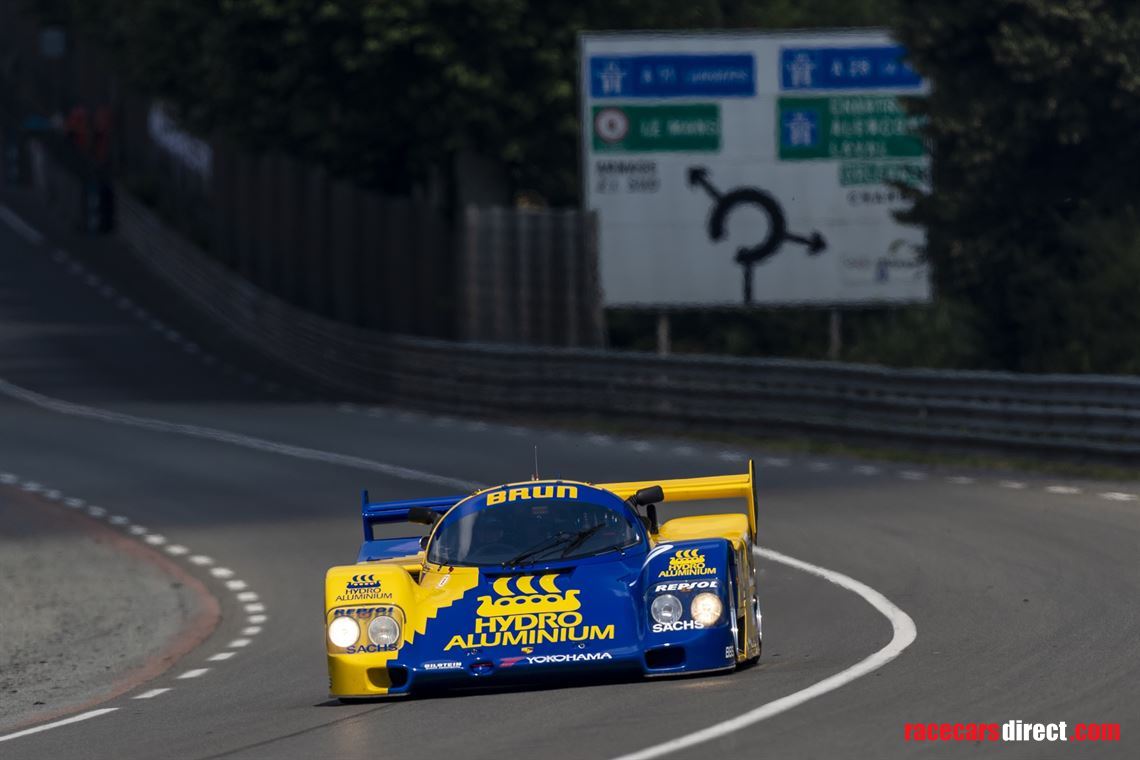 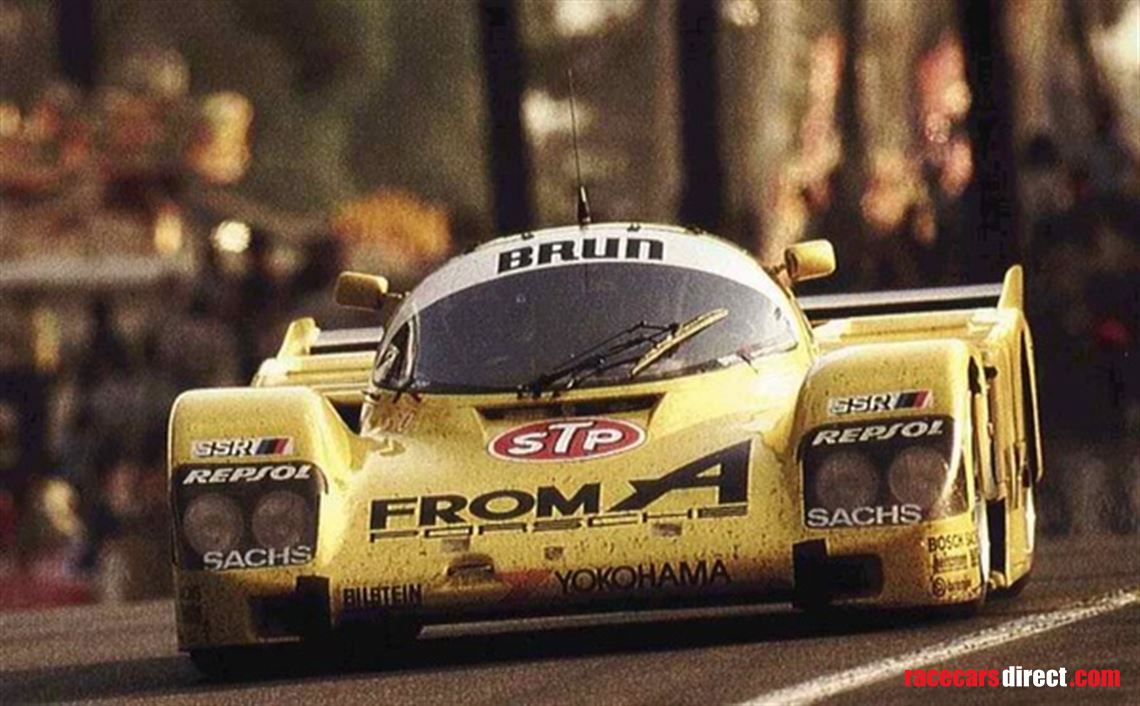 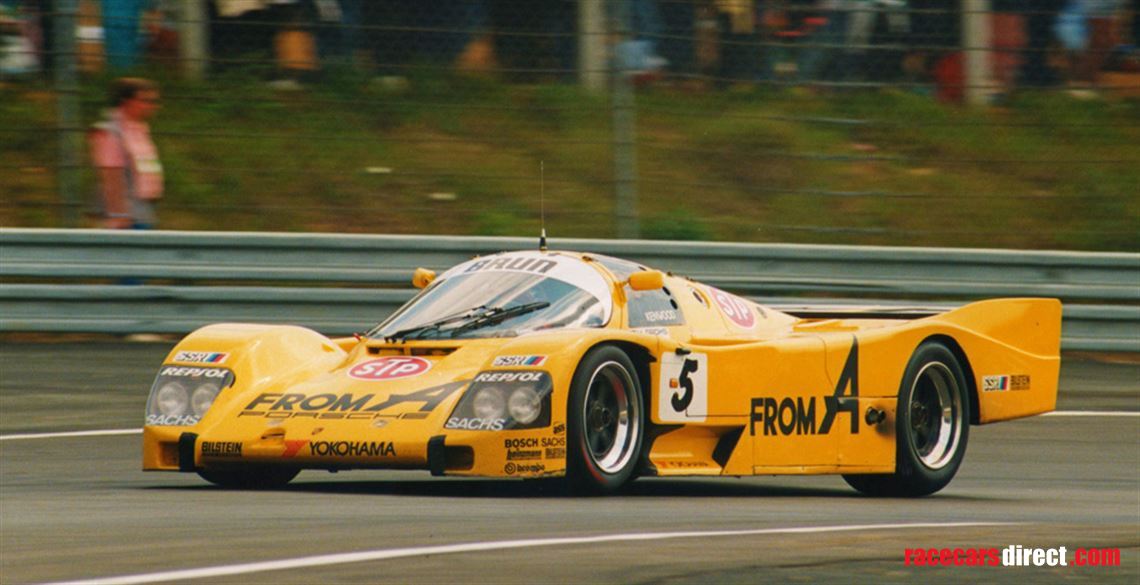 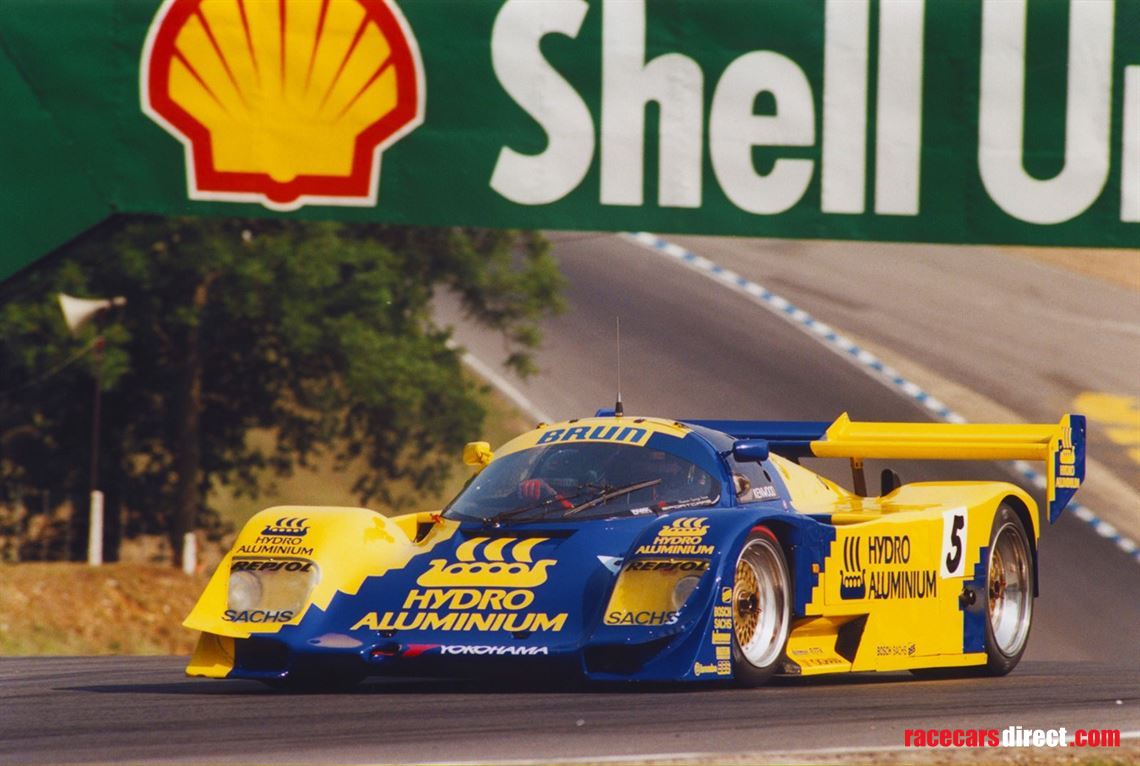 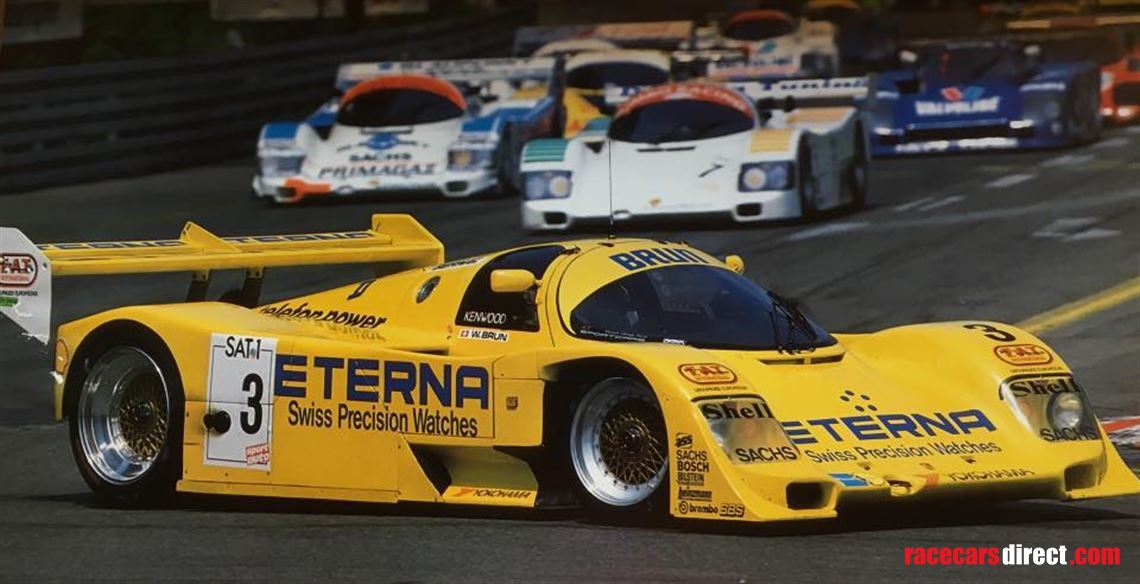 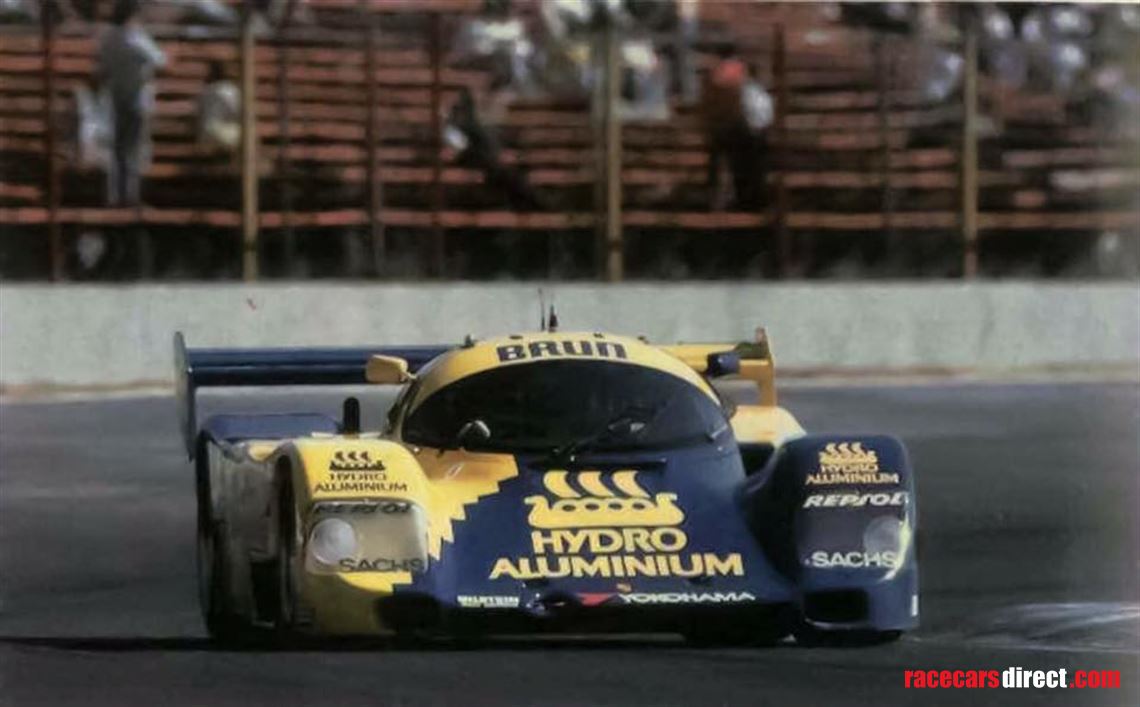 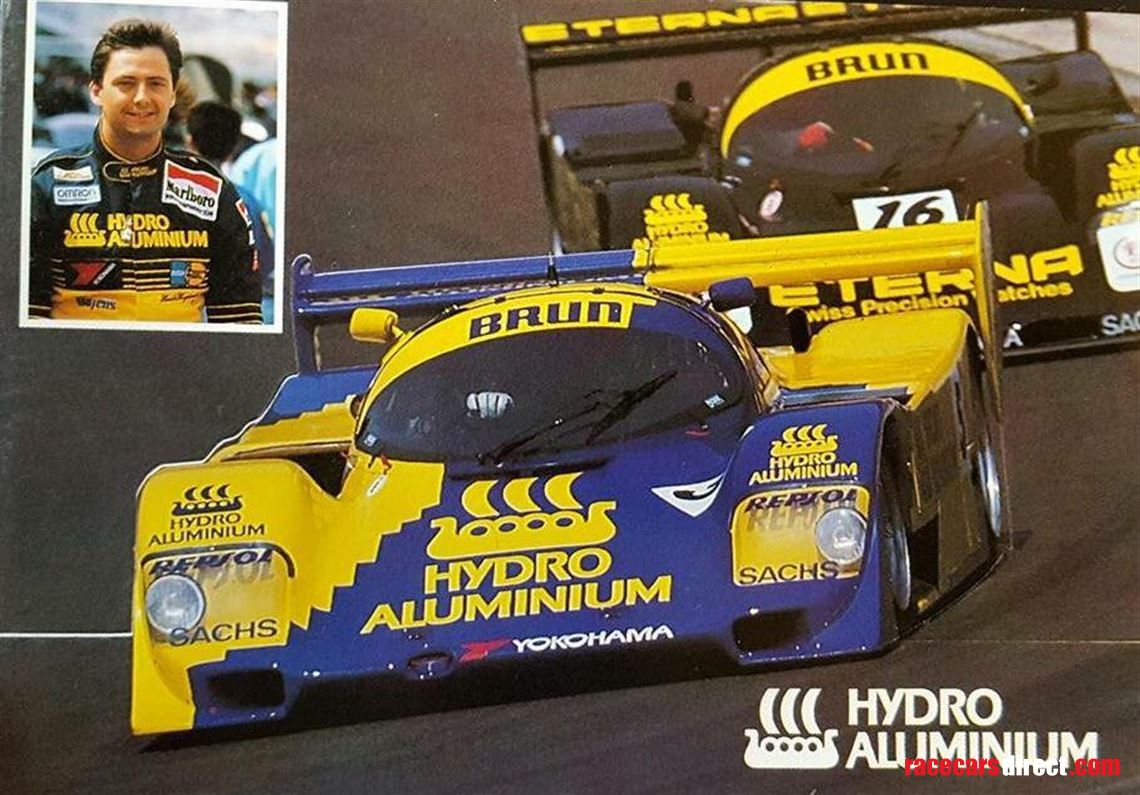 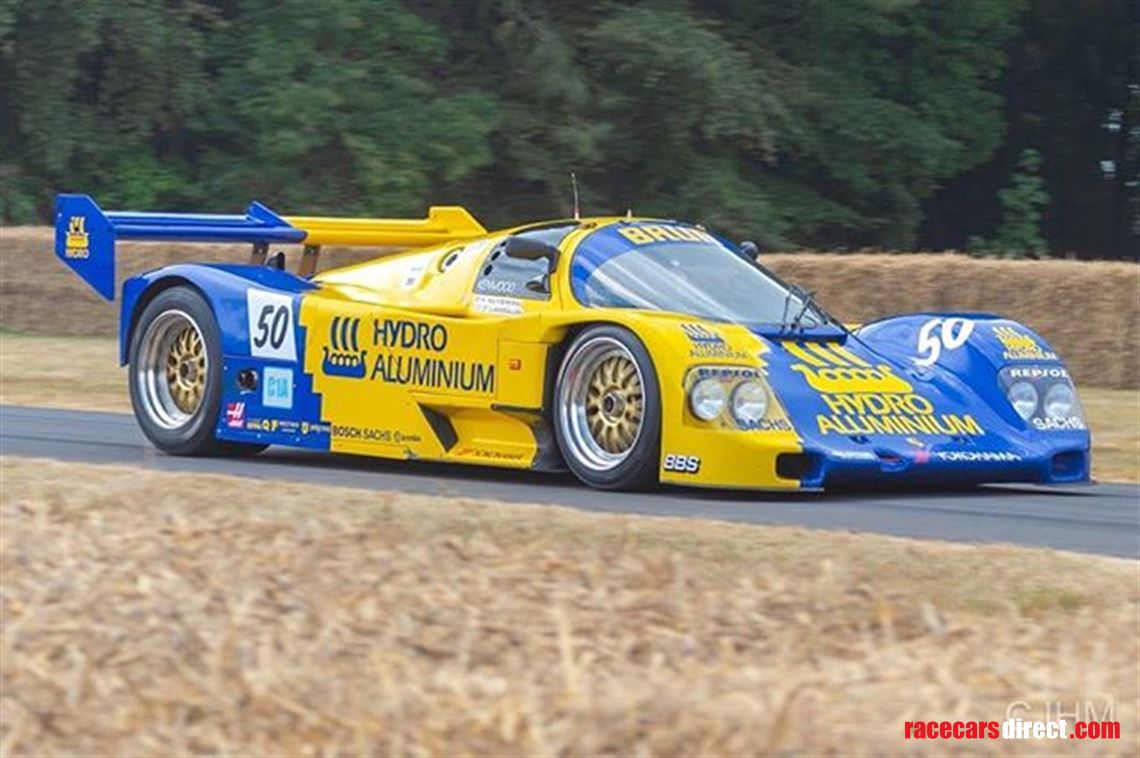 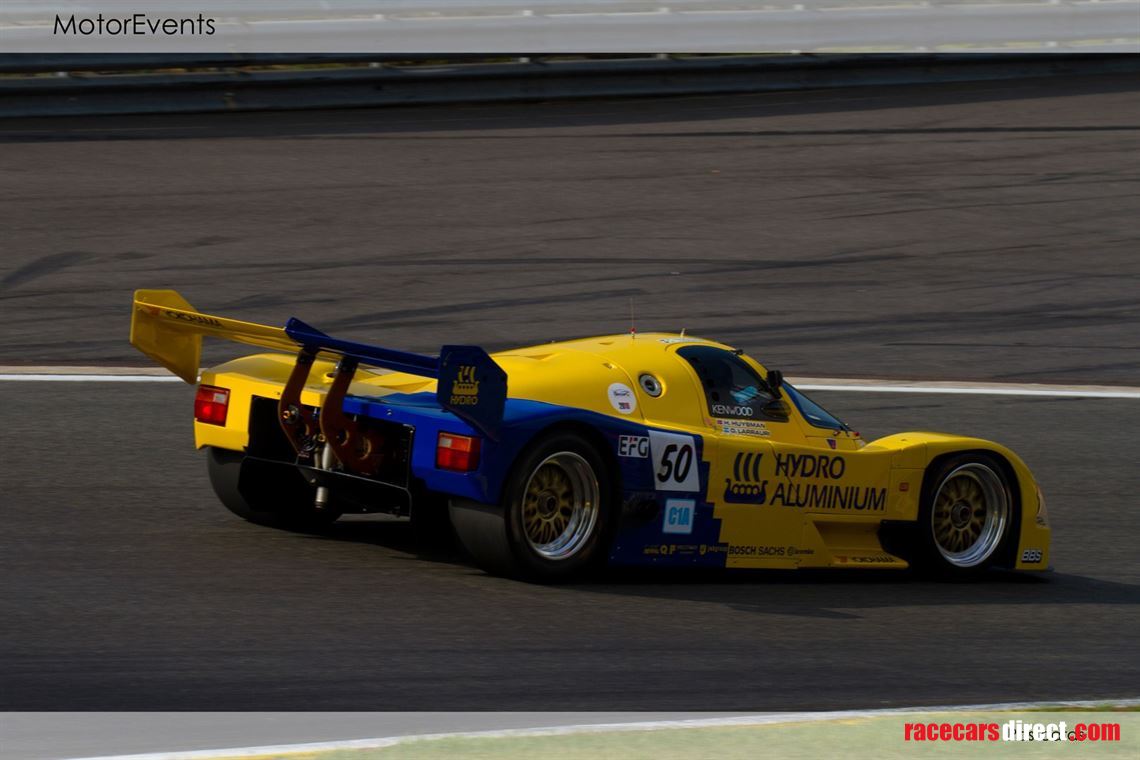 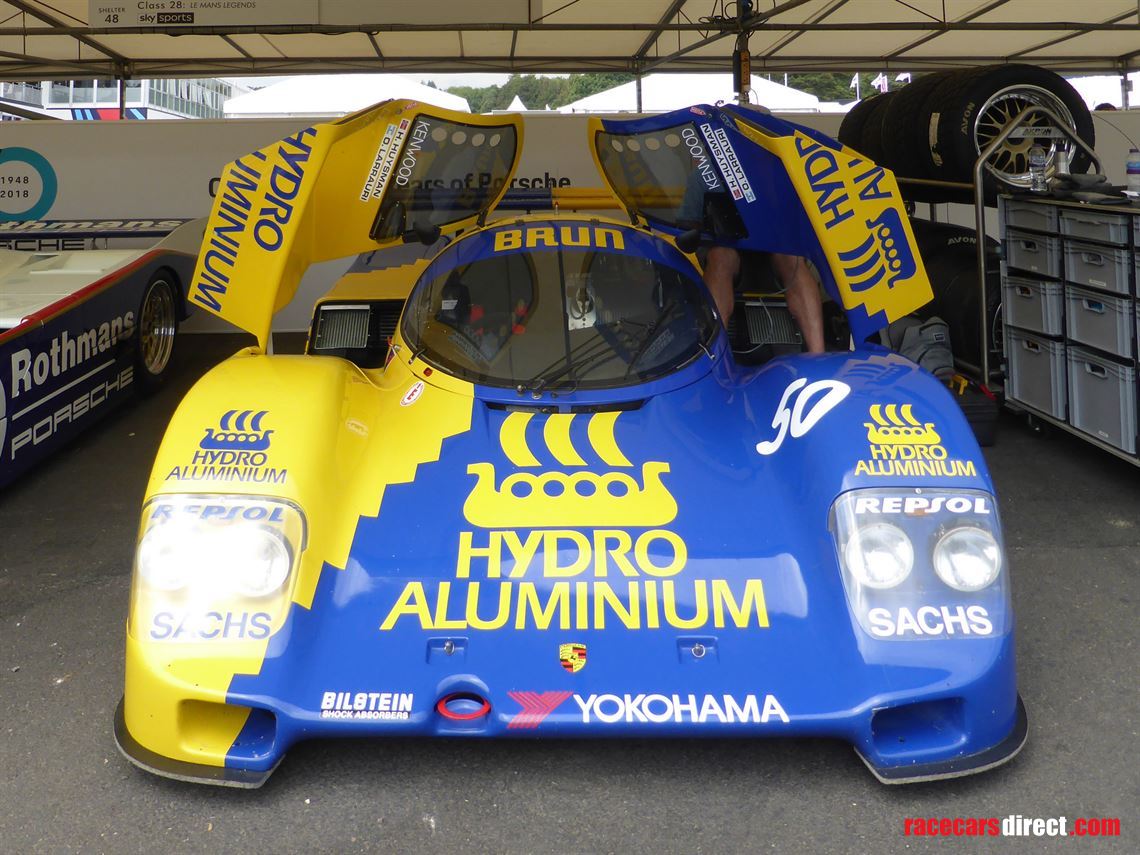 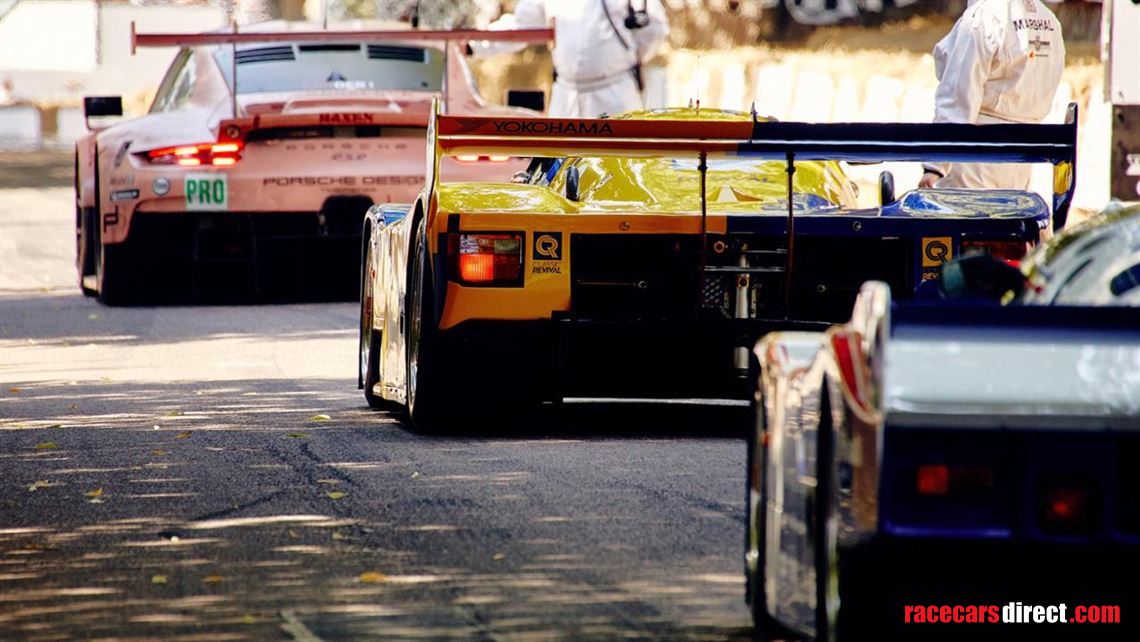 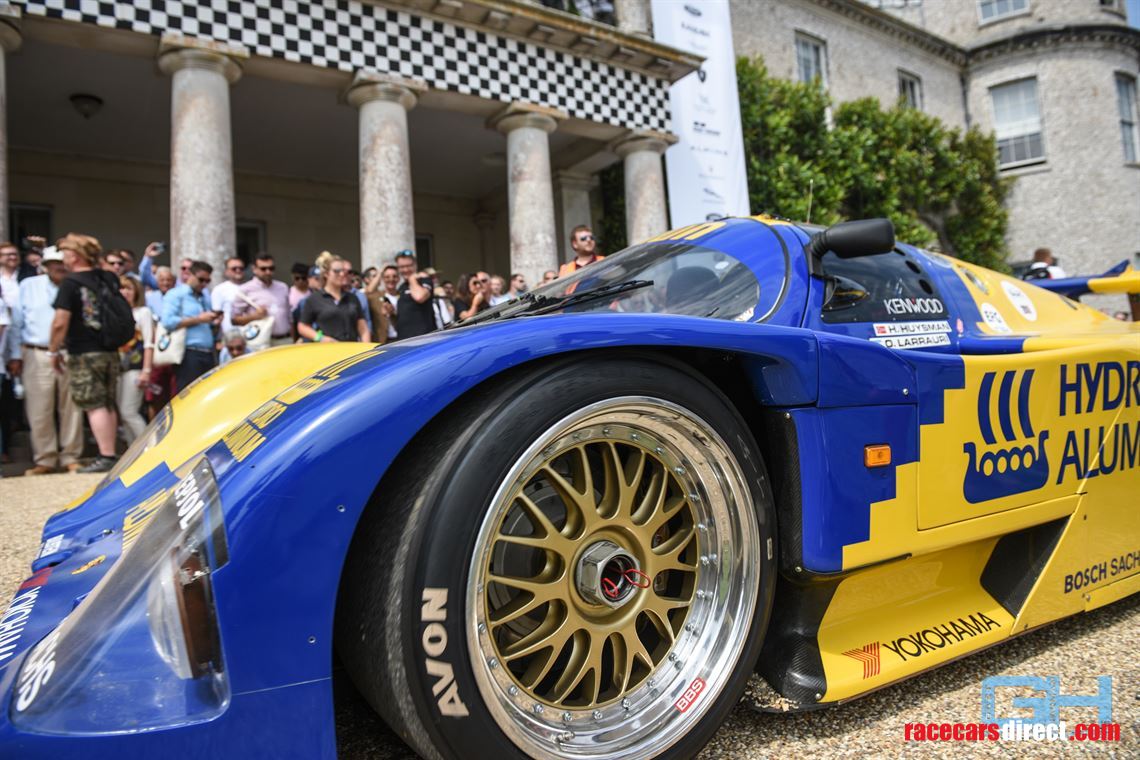 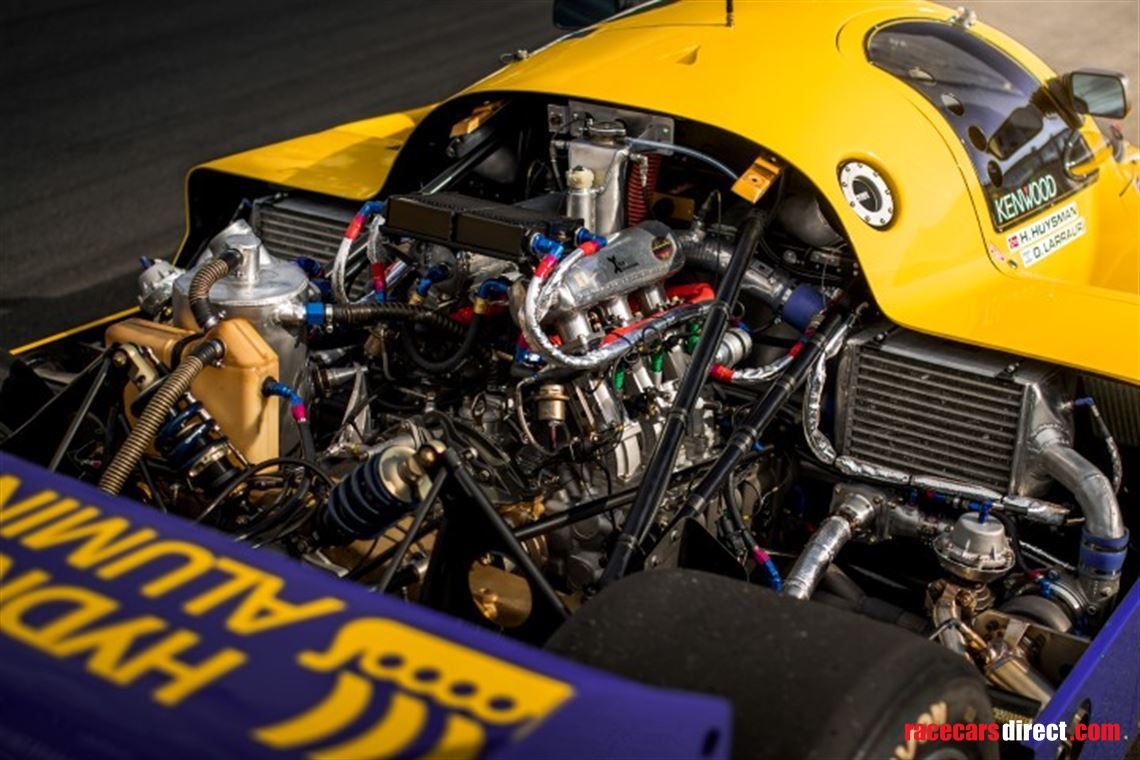 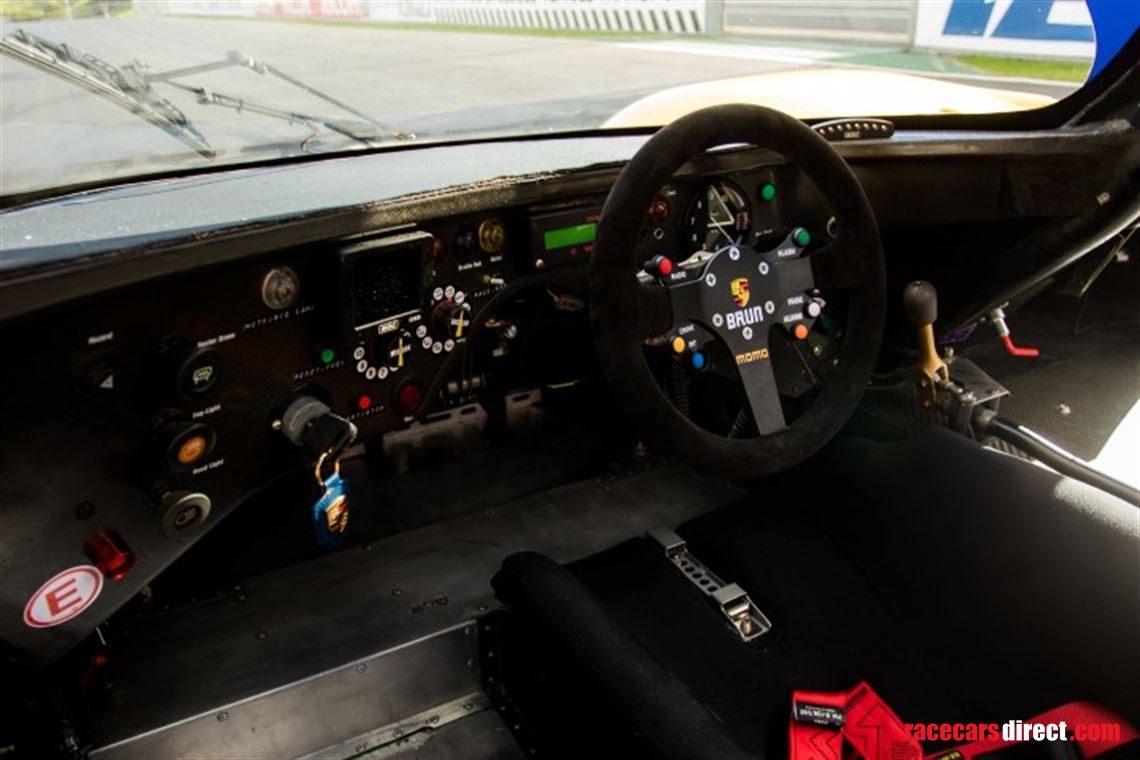 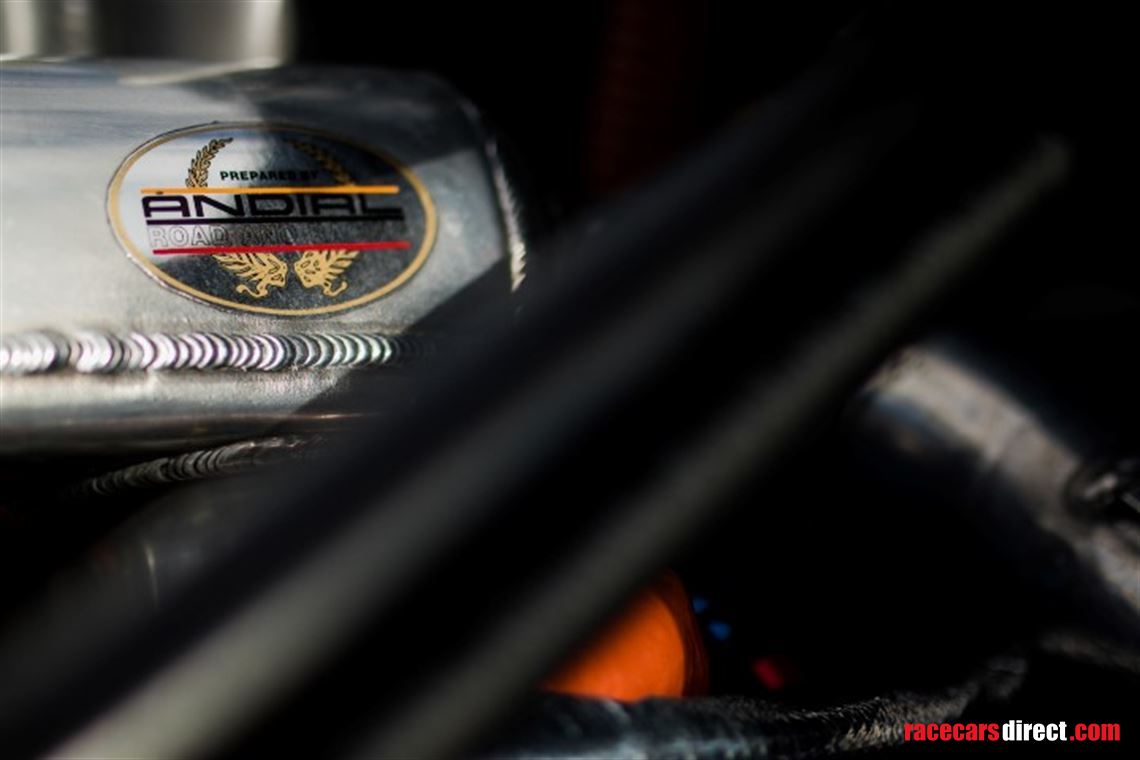 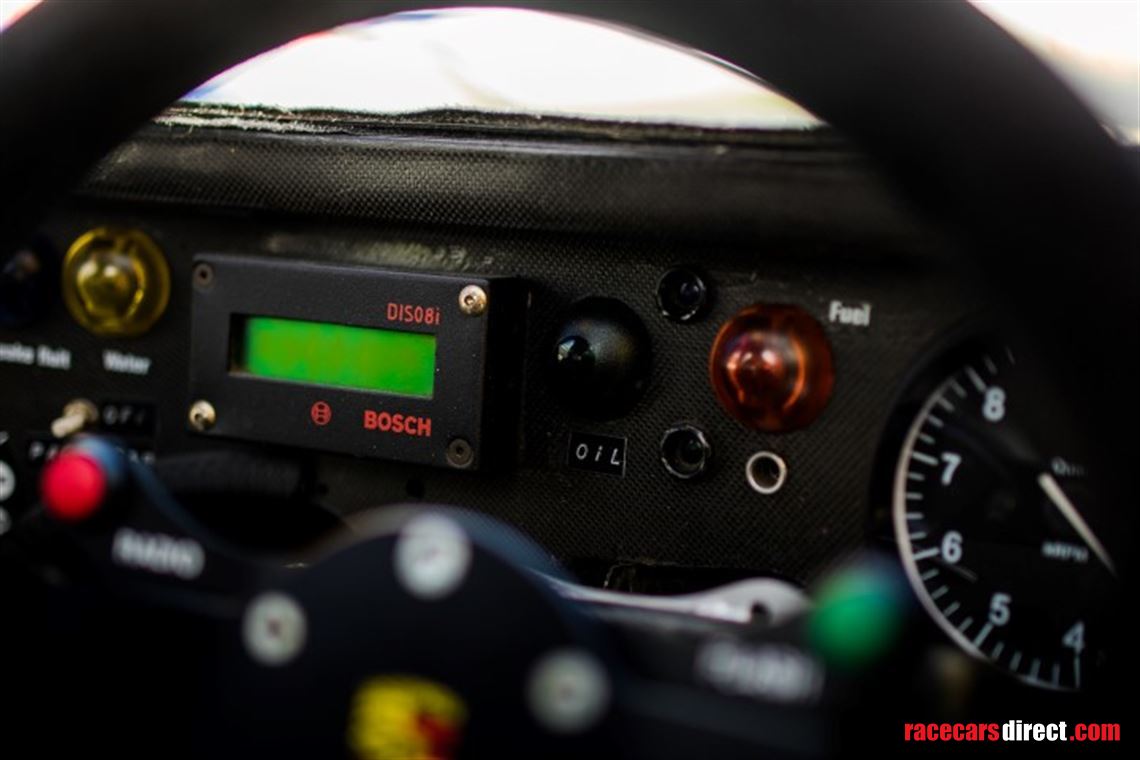 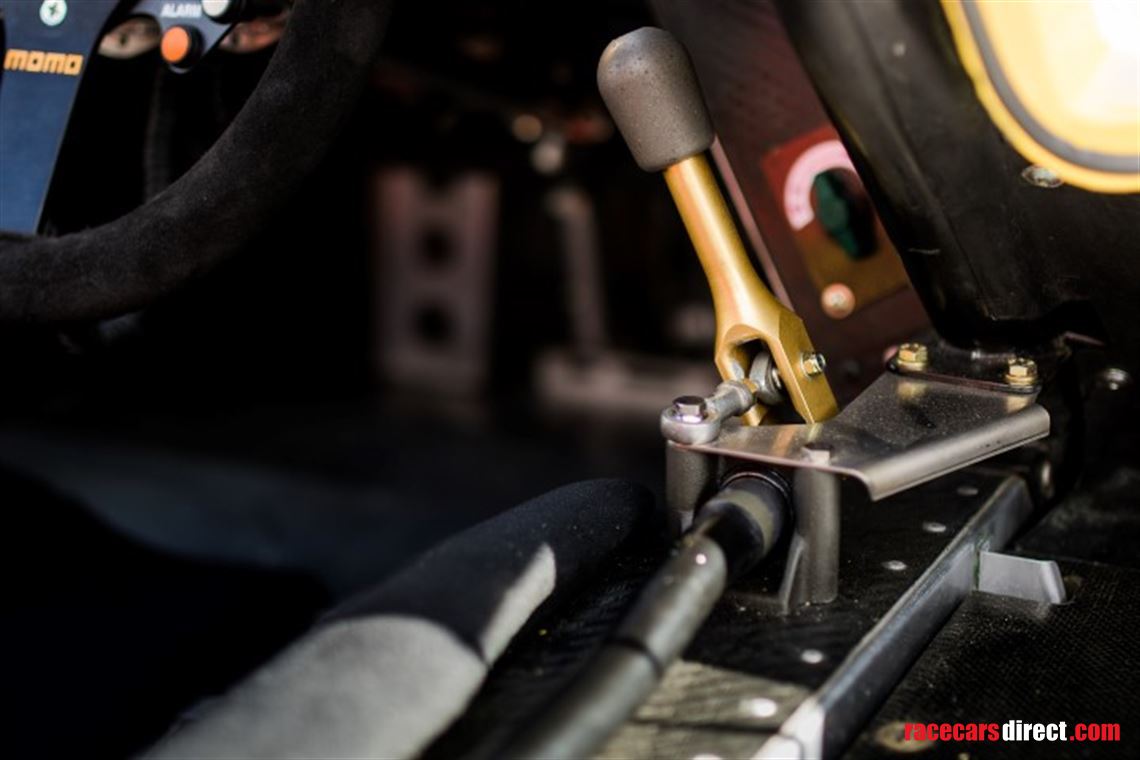 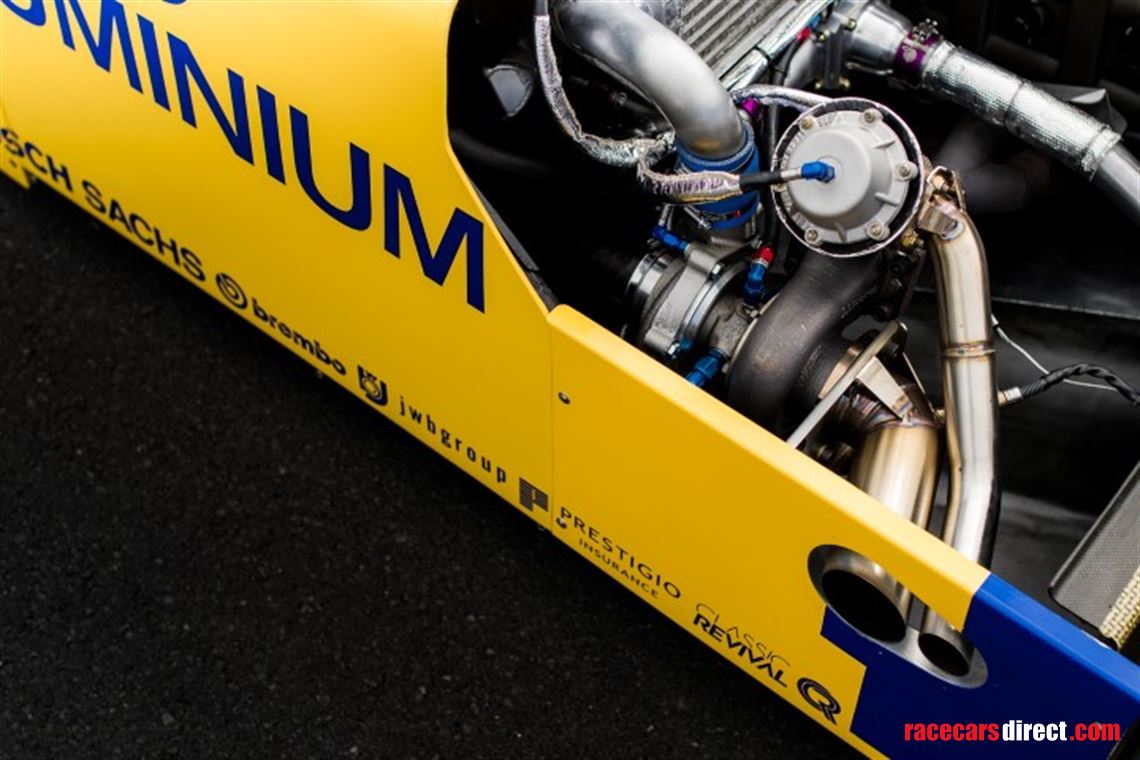 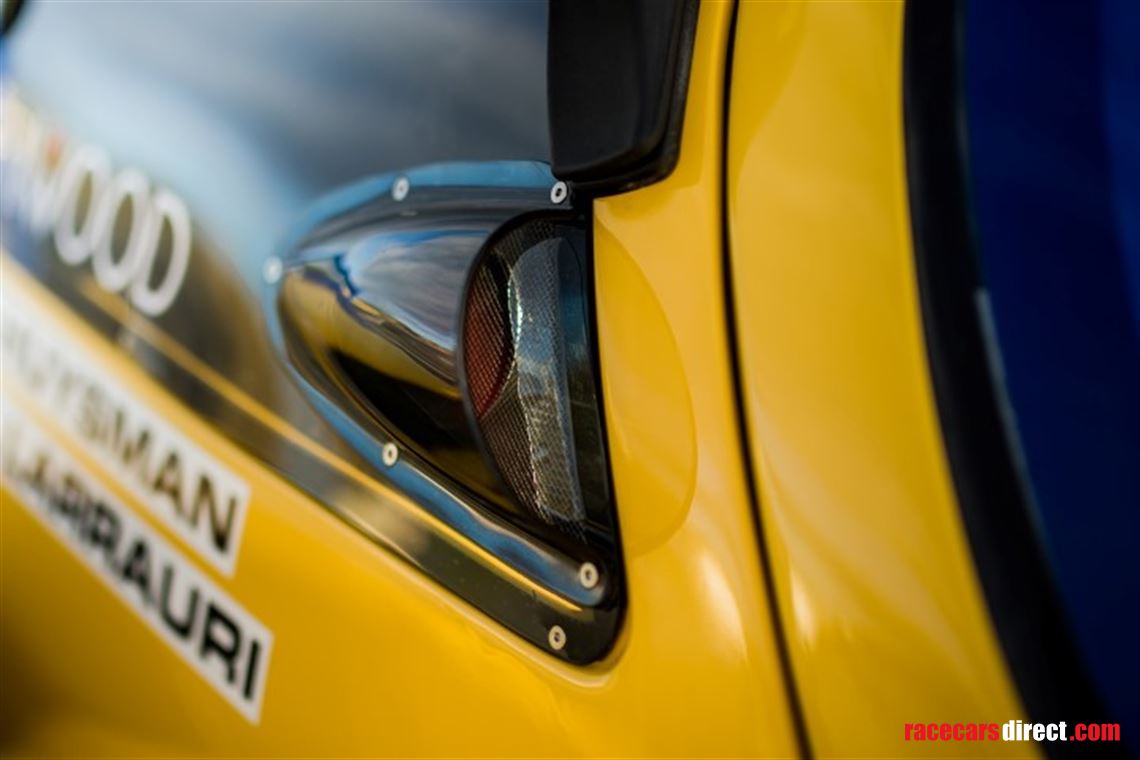 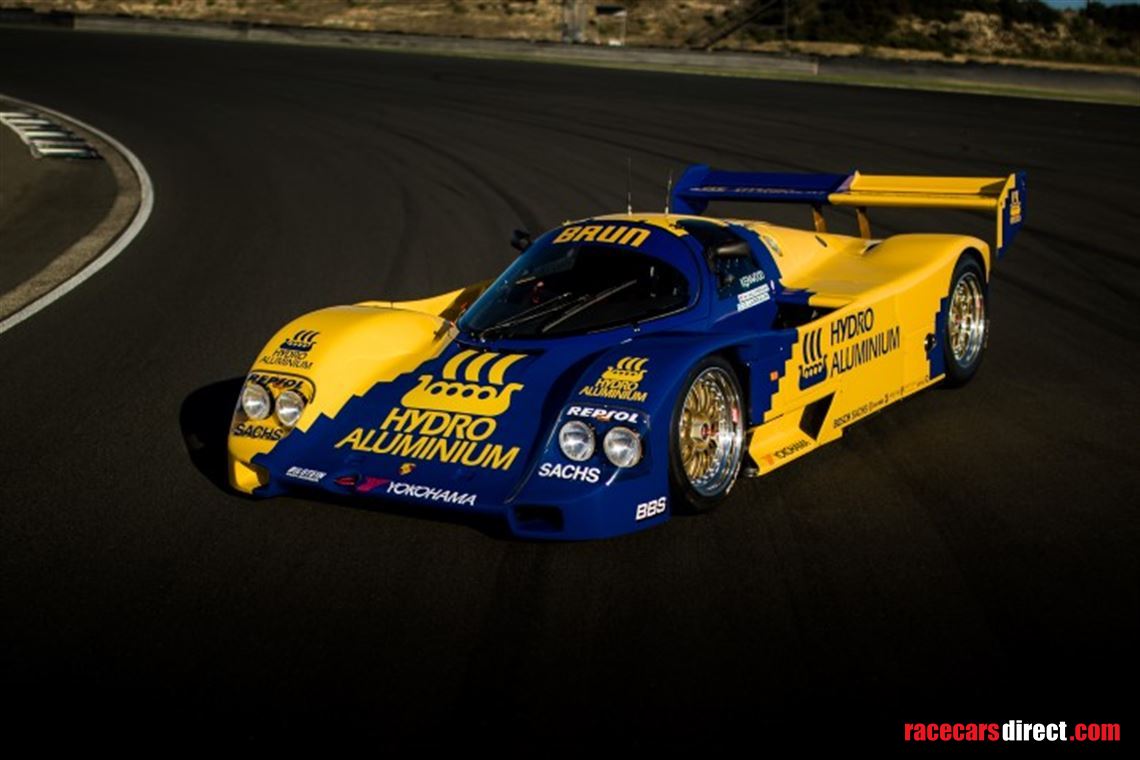 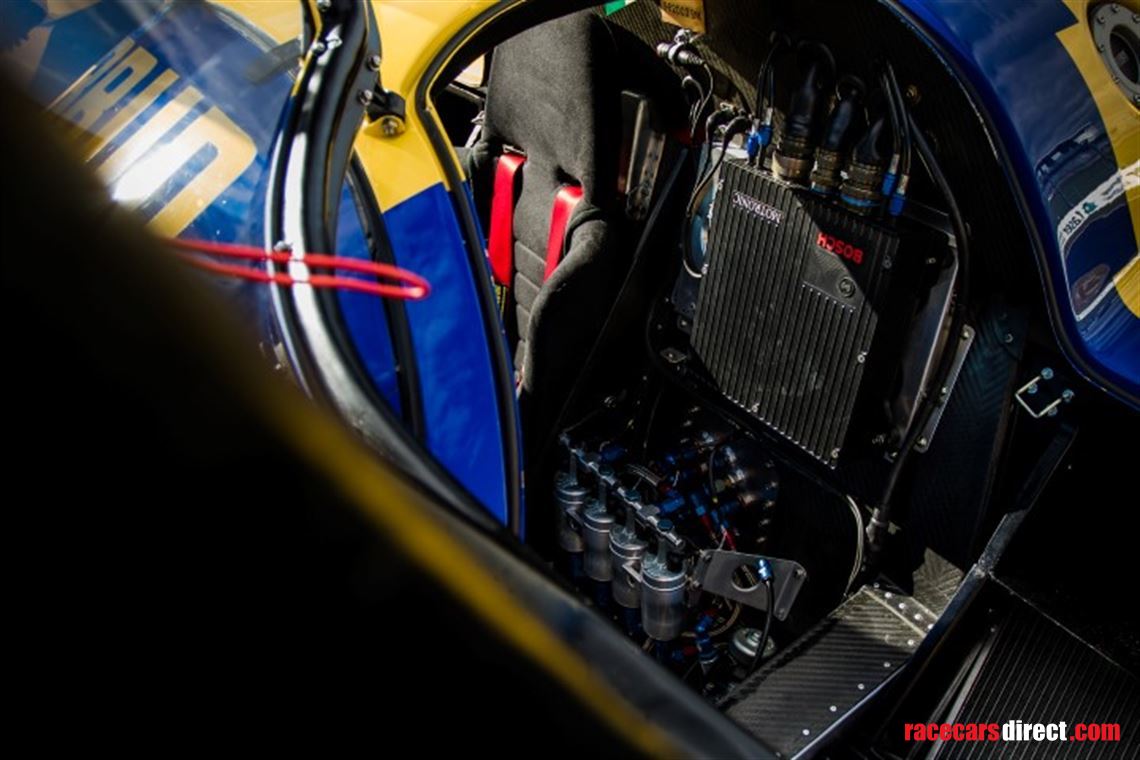 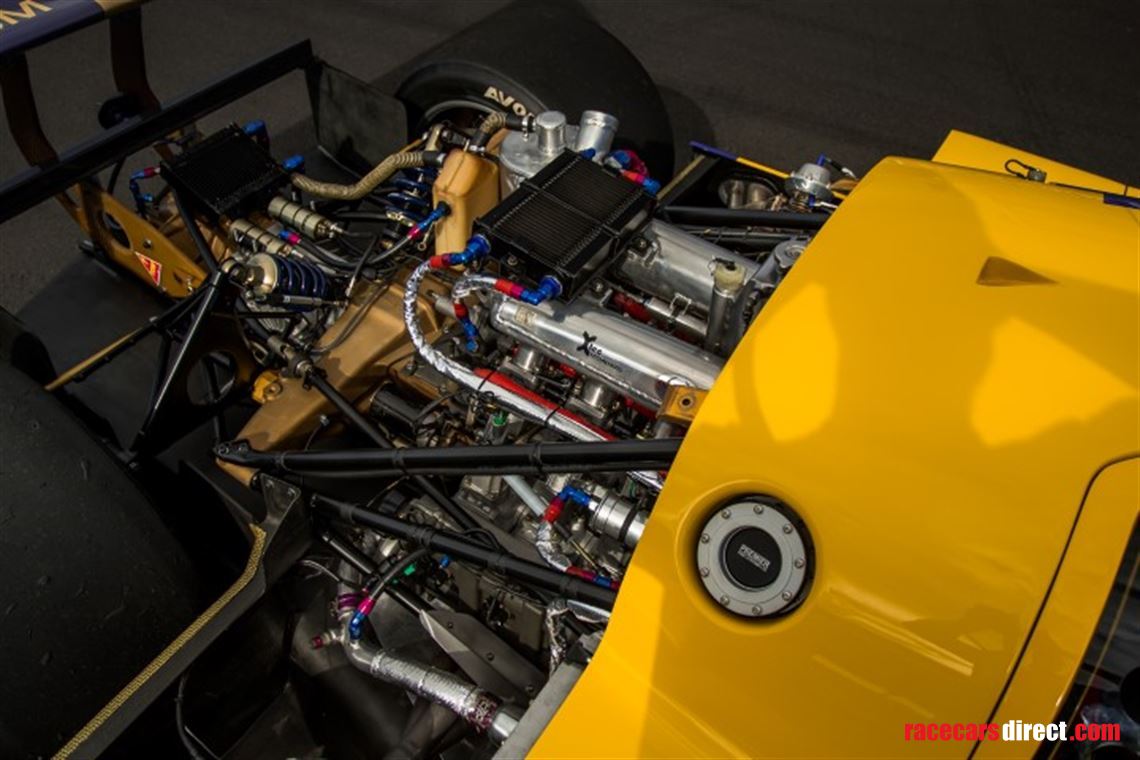 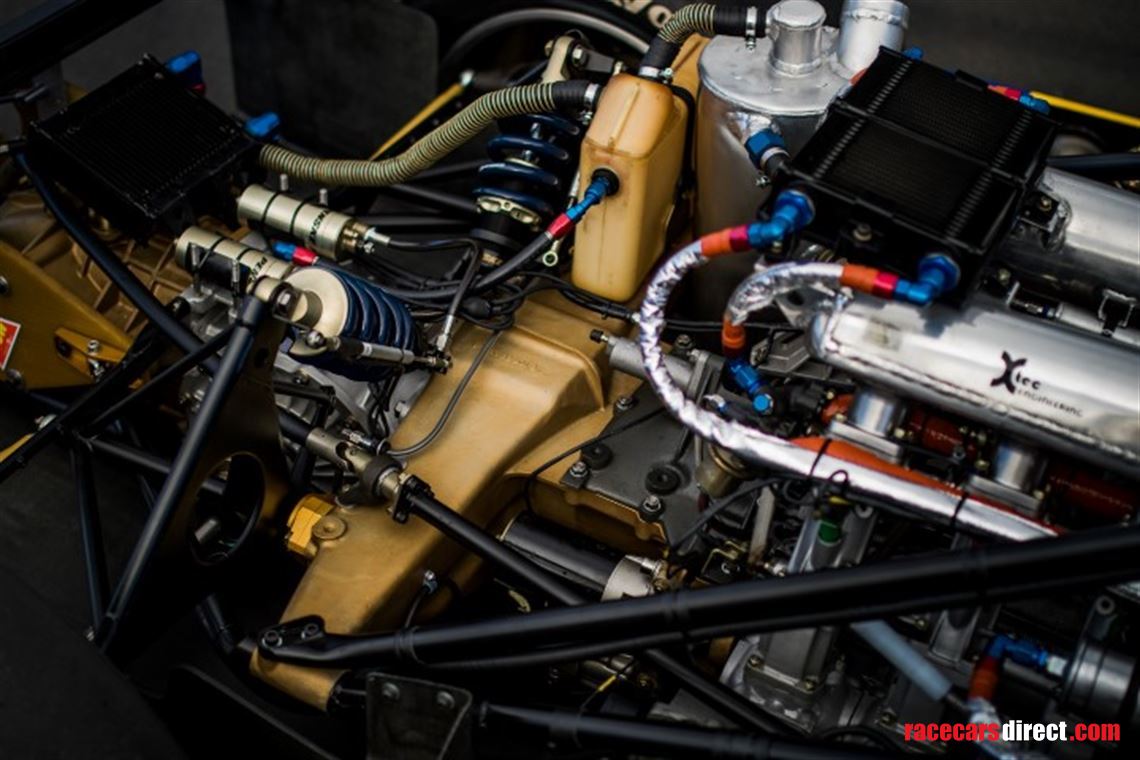 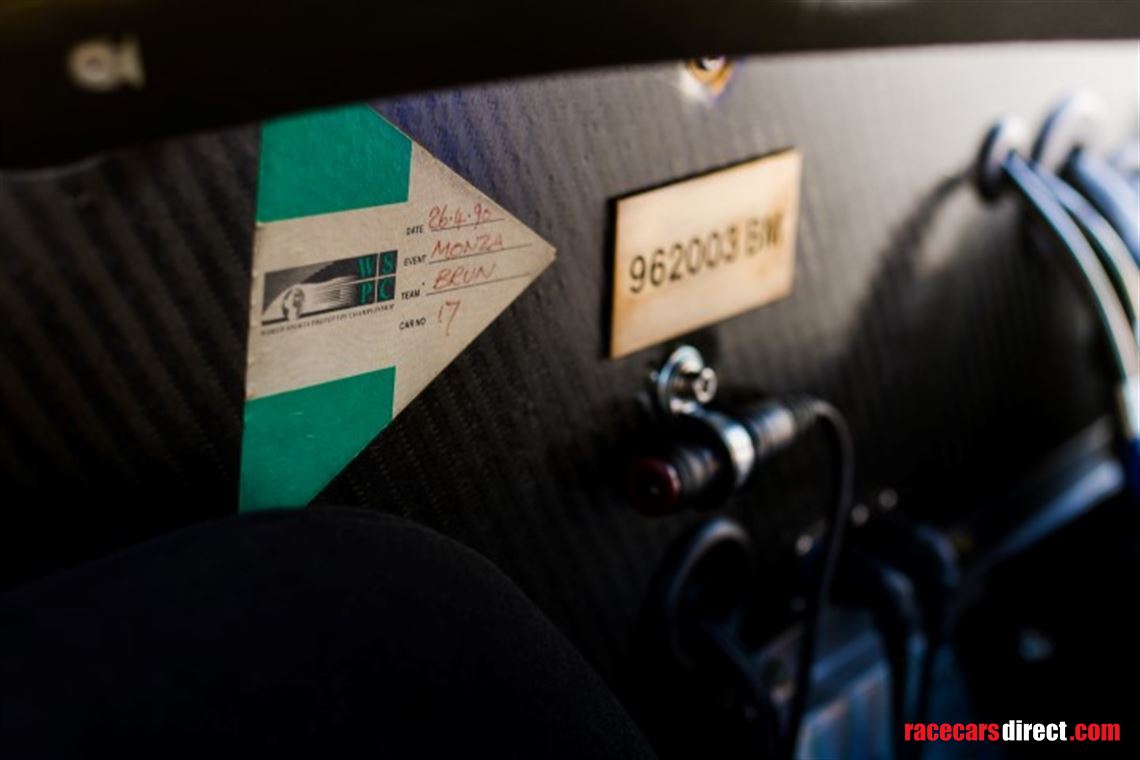 •One of 8 built by Brun Motorsport with strengthened carbon/honeycomb chassis.

•Competed in the full 1989 World Sportscar Championship in Hydro Aluminium colours, with a best result of 2nd in Mexico driven by Harold Huysman and Oscar Larrauri. This was the final time a 962 finished 2nd in a World Championship event.

•Competed at Le Mans in 1989 in FromA colours, qualified 9th (3rd 962), where it ran strongly until a DNF with gearbox failure.

•Competed at Le Mans in 1990 in Hydro Aluminium colours, with issues in qualifying meaning it started towards the rear of the grid but moved up throughout the race to finish 10th

•Tested by world rally superstar Carlos Sainz at some point due to Brun’s tie-up with the Spanish Repsol oil company, and was also used to test a V12 Formula 1 engine that Brun were trying to develop for the new 3.5 litre Group C formula.

•Sold by Brun to Willy Köenig who used it for 3 Interserie races in 1990, it was then passed to a private UK collector around 1995, and then sold to Henry Pearman in early 2000s to join his world-famous Historic Porsche Collection of significant Group C Porsches.

•Purchased by the vendor in 2016, and underwent a full no-expense-spared sympathetic restoration while keeping the car's originality intact. 962-003BM returned to the racetrack in 2018 to compete at Spa, Le Mans Classic and Rennsport Reunion VI at Laguna Seca, as well as being invited to be part of the Porsche 70th birthday celebrations at the 2018 Goodwood Festival of Speed and the Adelaide Motorsport Festival.

•The car has since been featured in articles in Christophorus, Racecar Engineering, Automobilsport, and NZ Autocar magazines.

•The chassis has never been damaged, the car is still very original, has had very little use overall and it has a very clean ownership trail, along with retaining it’s original WSC logbooks.

•The late factory spec 3.2 litre water/water engine has been converted to a modern reliable Motec engine management system and full new wiring loom. It has been rebuilt by Xtec Engineering and will be sold with dyno time only.

•The car has undergone a post season freshen-up and is presented in the striking 1989 Hydro Aluminium livery, offered for sale with spares package, in-date fuel cell and belts, requiring only new crack-test certificates. This is a rare opportunity to acquire a no-stories example of a Group C legend, eligible for the 2020 Le Mans Classic and Historic Group C Championships.