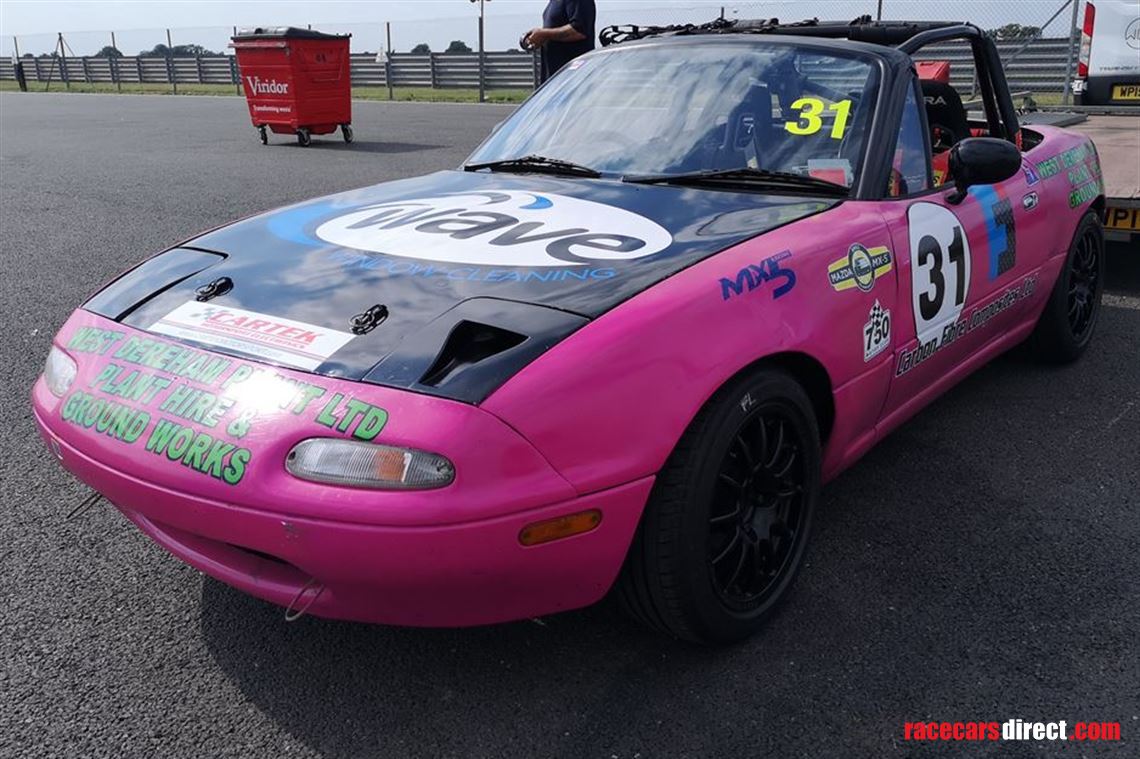 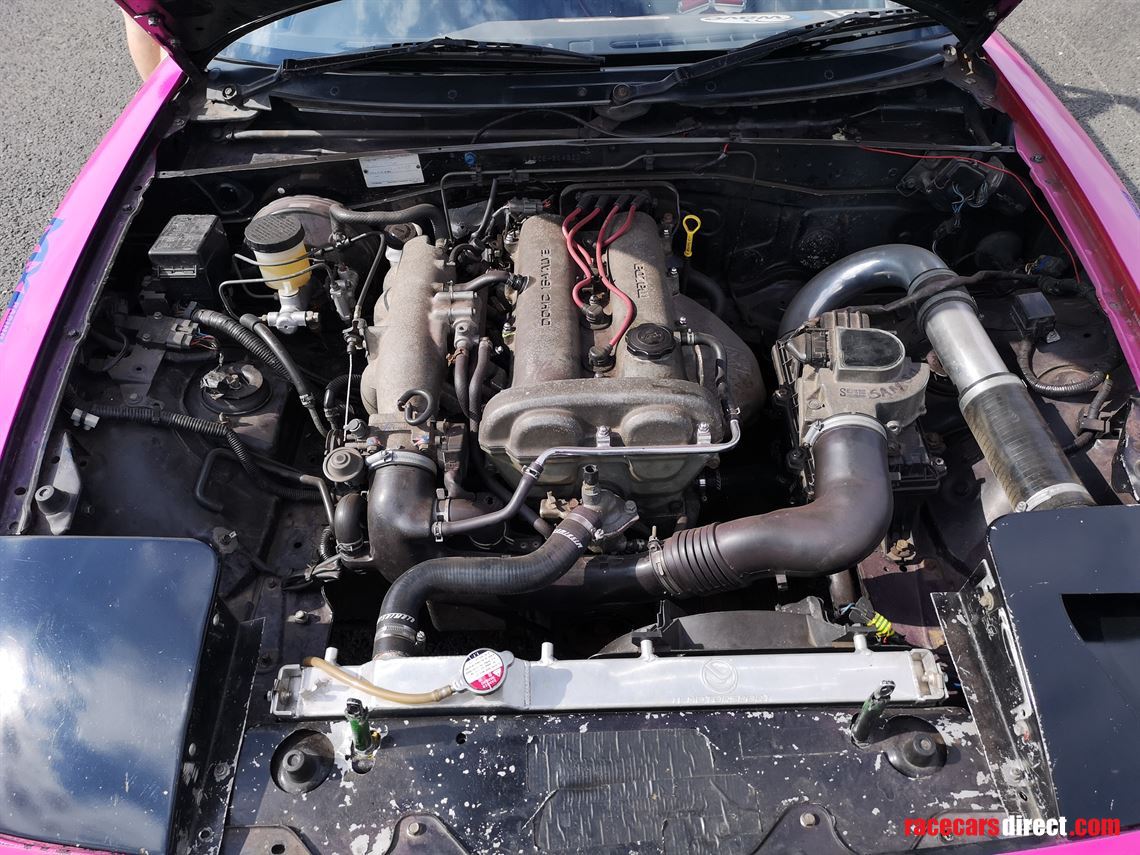 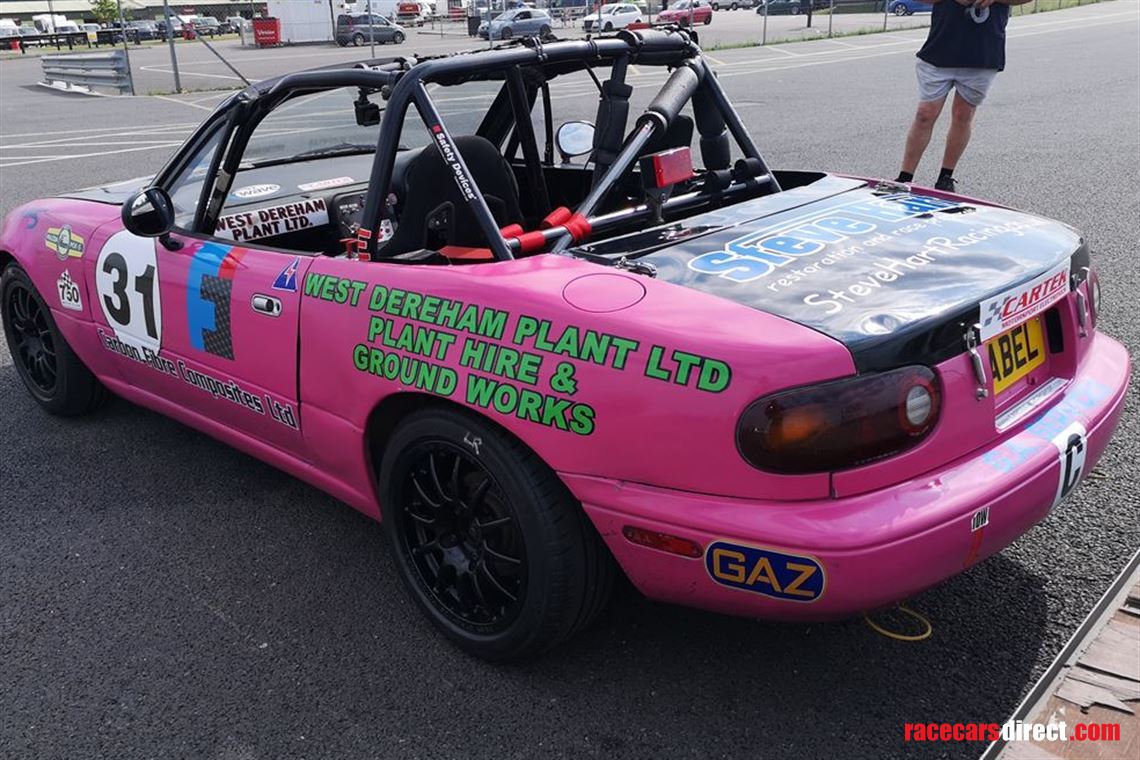 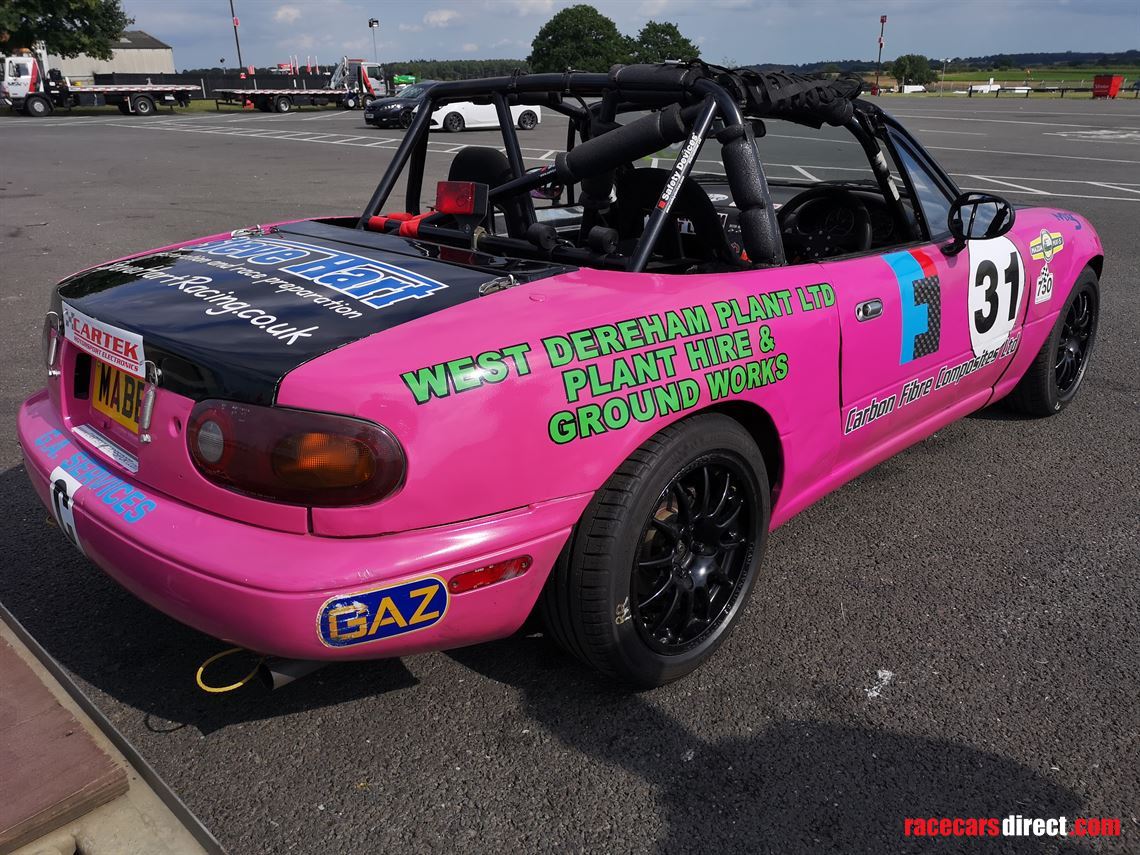 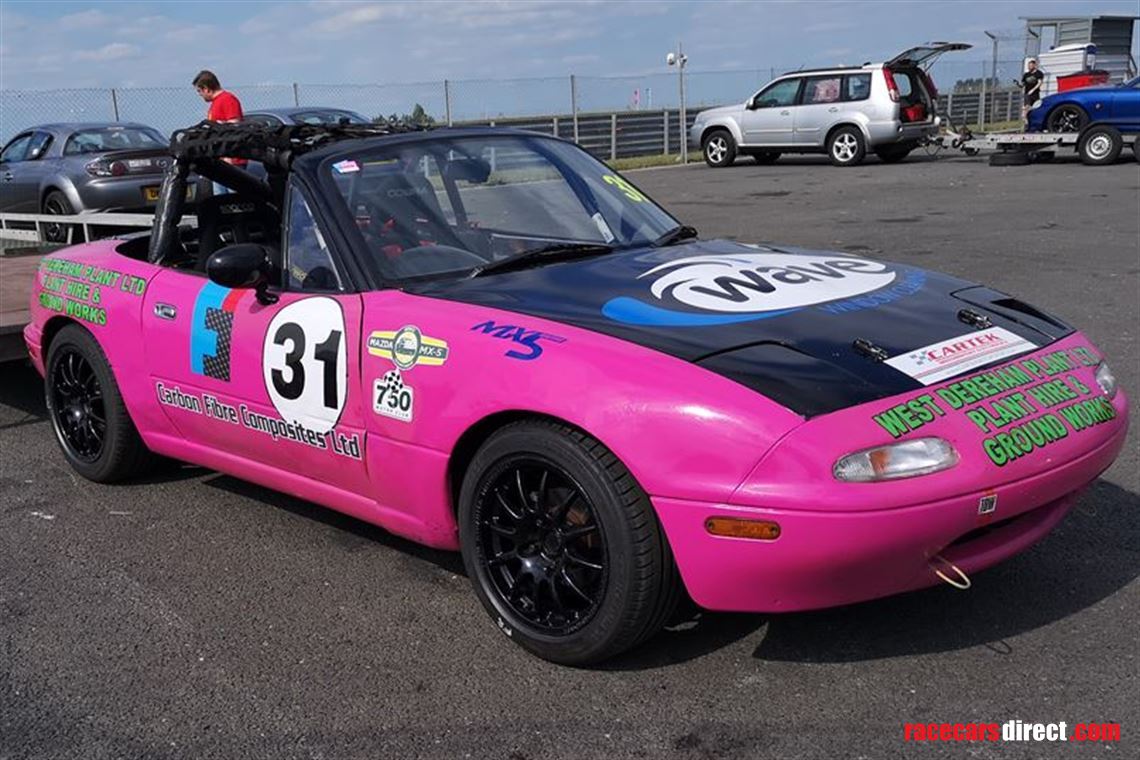 The car was prepared for the 2017 race season with a engine rebuild 105HP at the wheels, gaz gold shock absorbers have been rebuilt, the bodywork is a bit tatty as can be seen in the photos but the car is in great condition underneath. It comes with a spare set of wheels, gearbox,diff, drive shafts and propshaft. It has a safety devices roll cage and has the plumbing in for the extinguisher, but I've used the extinguisher and belts in another car I had been offered to drive,  hence why the mazda never got used again I had intentions to use it again but just won't have the time now. I can supply set up data with the car. since it's rebuild I fitted a spare seat and did a trackday with sponsors which you can see in the photos. The car is very competitive with the right driver but would also make a great first race car to do a few trackday in and then progress from there. It's great fun to drive and throw around being rear wheel drive and well balanced I hope someone can have as much fun with it as I have. £5000 Any questions 07957726995 smiffy31@hotmail.co.uk

Elible for series such as MAX5, BRSCC, 5club

Brand new Chassis and Build - can spec interior to suit, Perfect home from home for paddock or hol