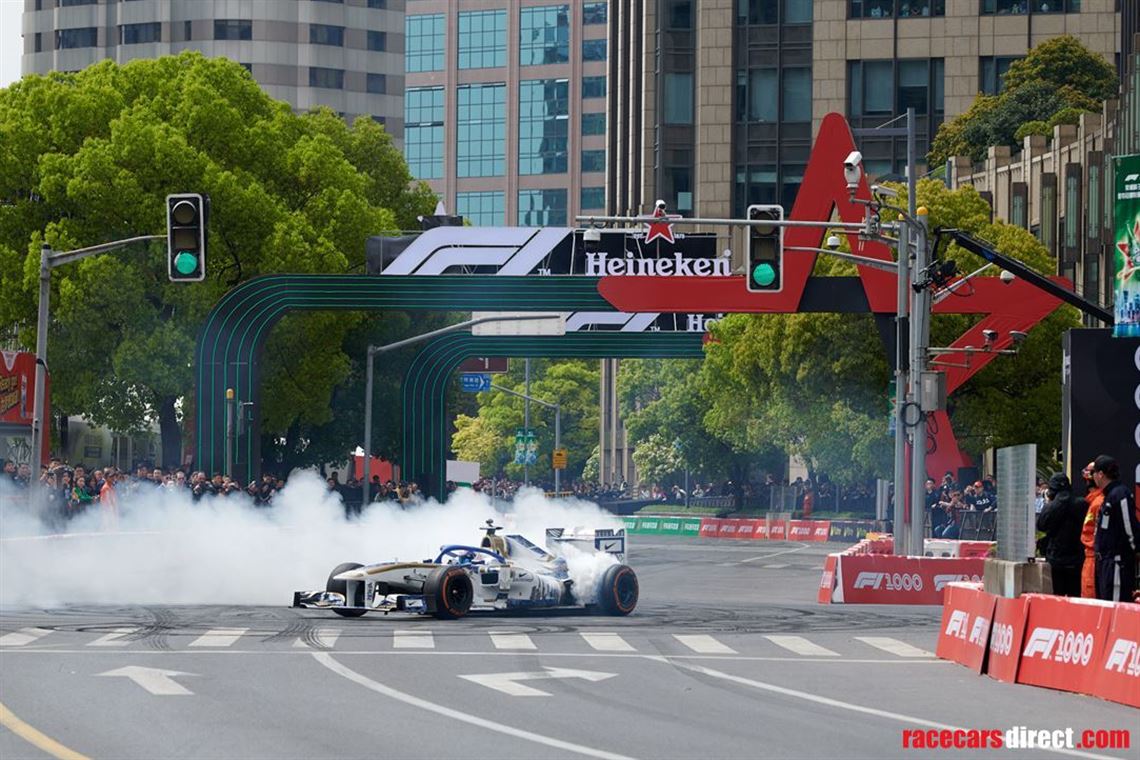 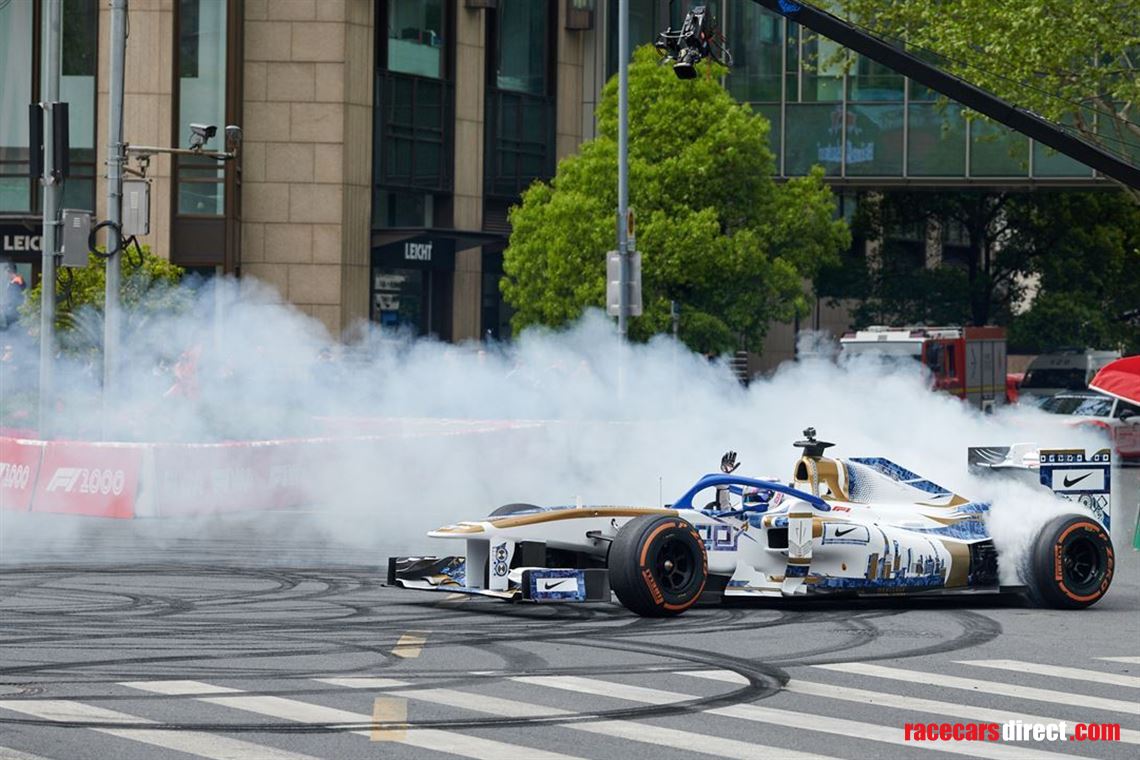 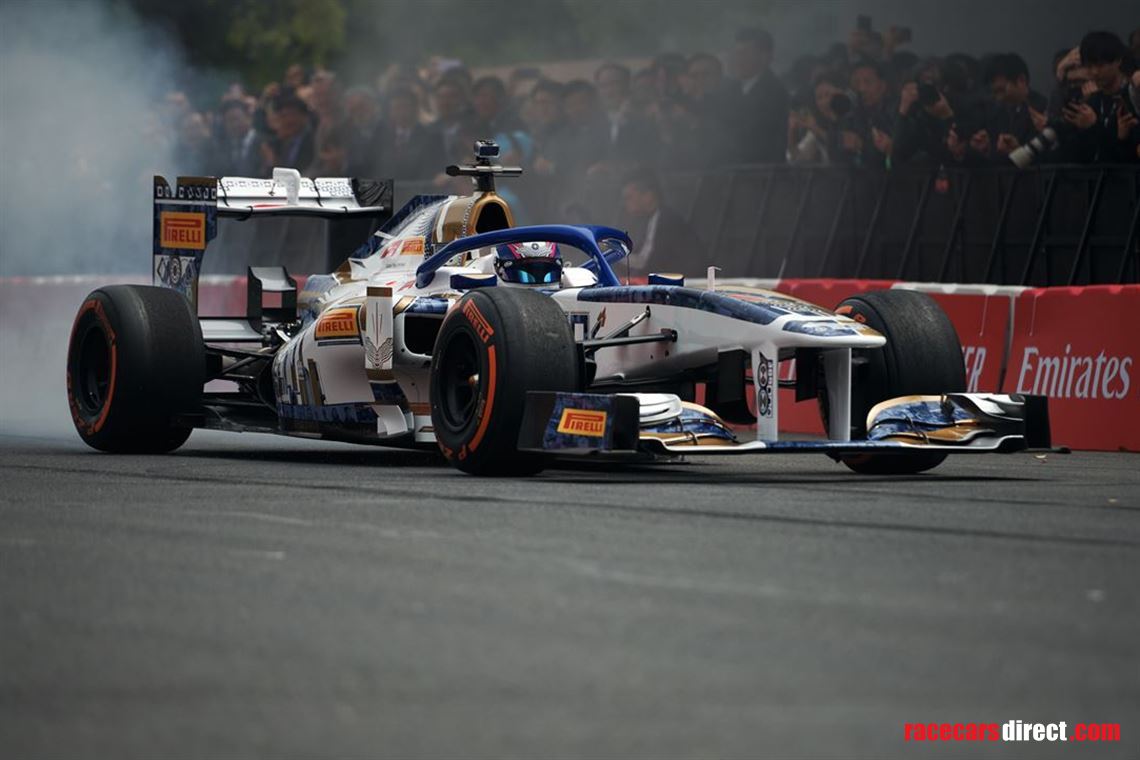 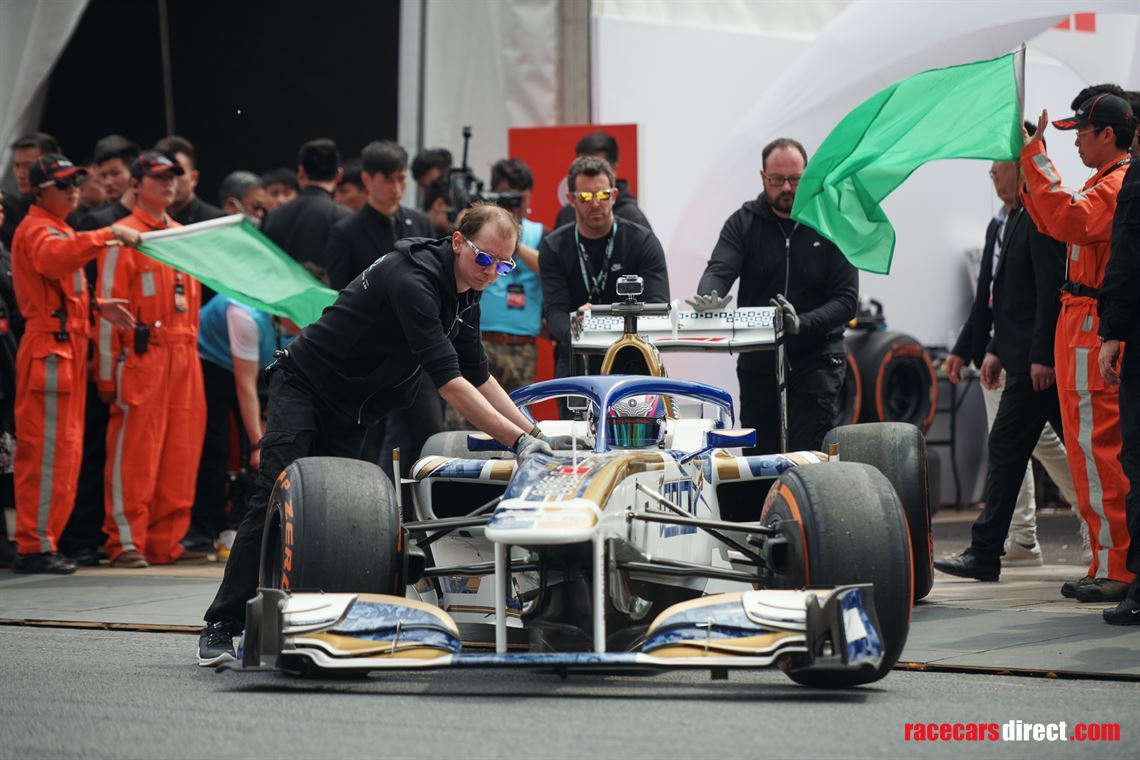 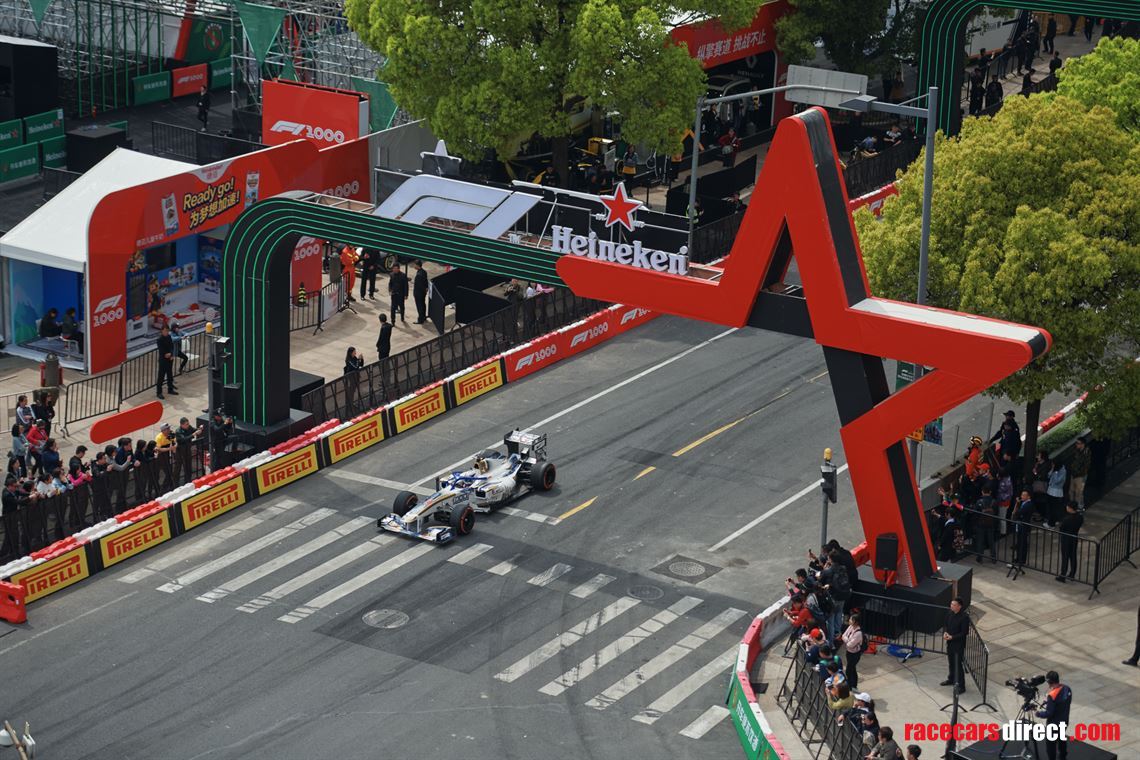 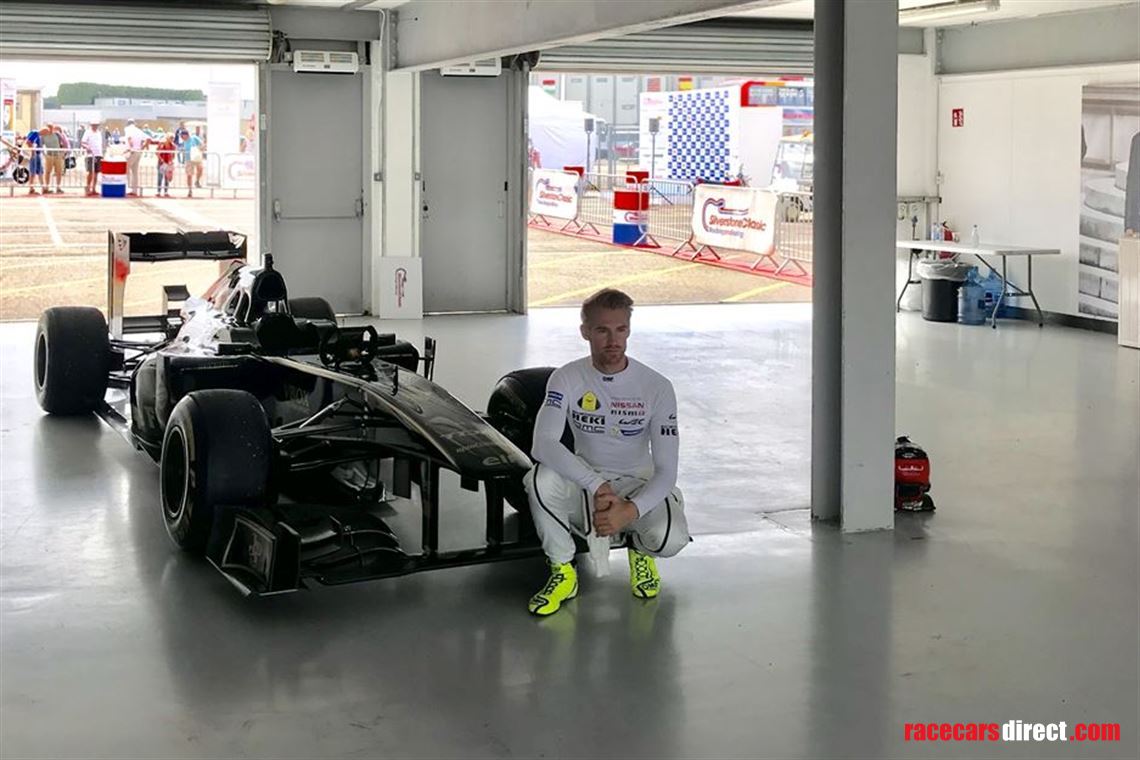 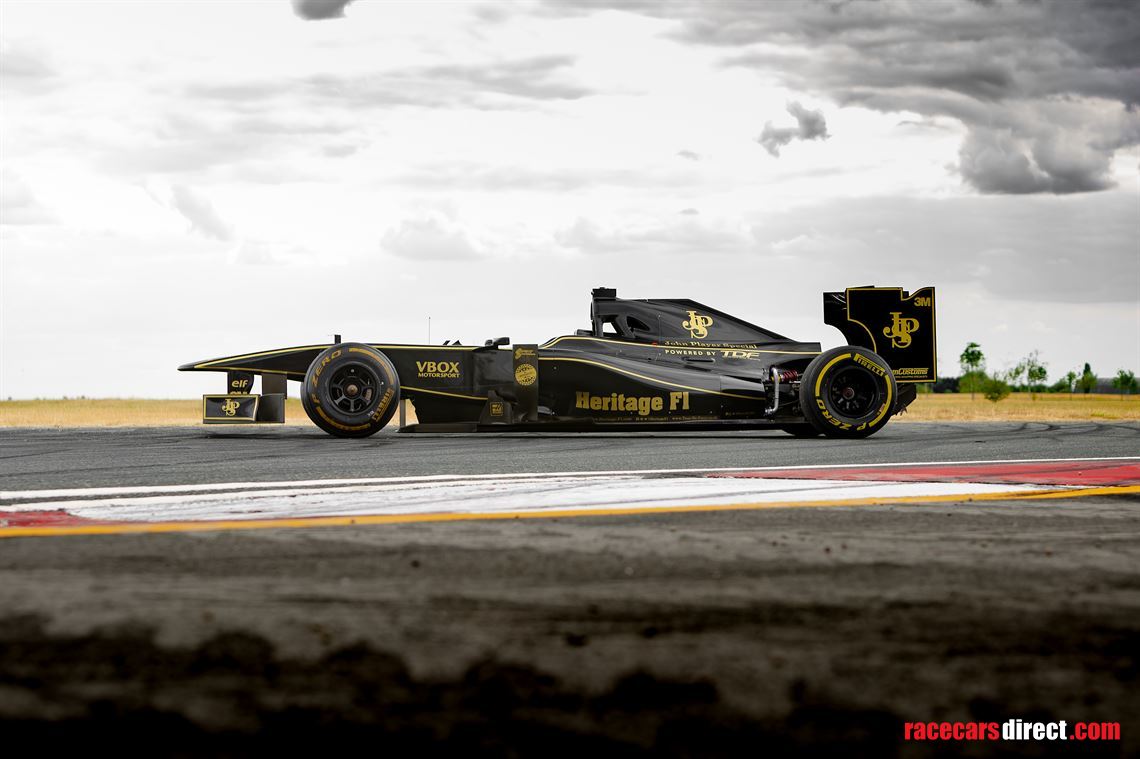 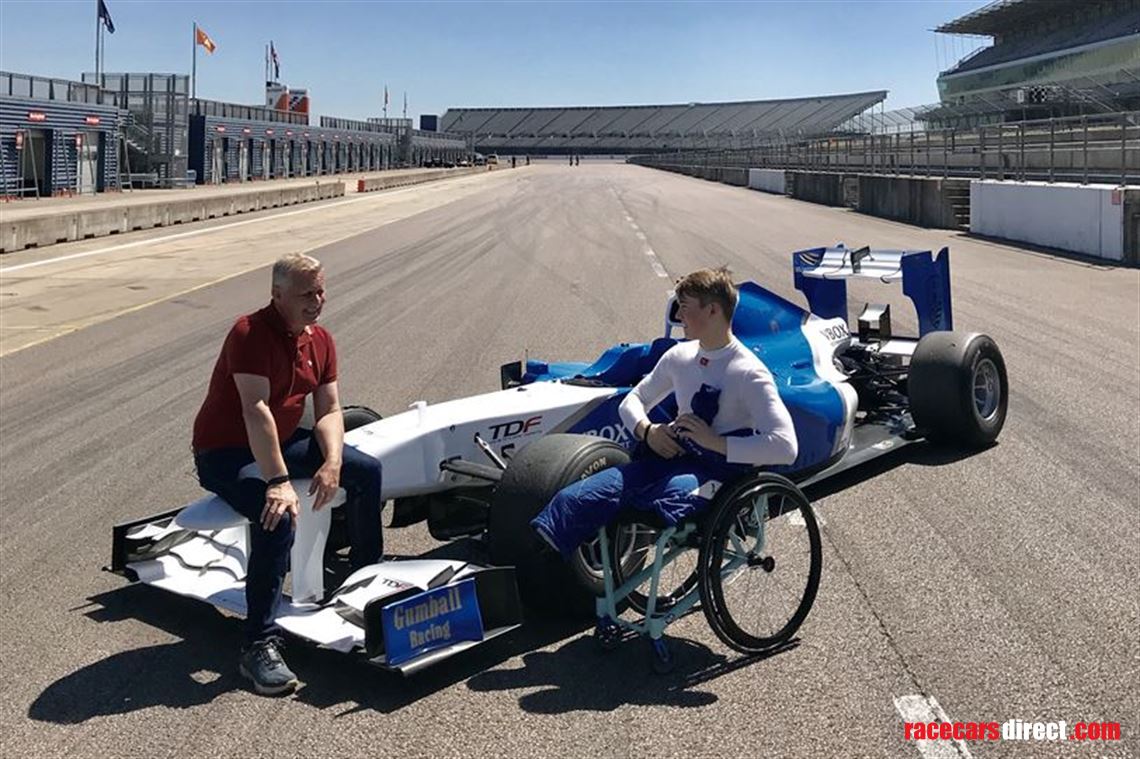 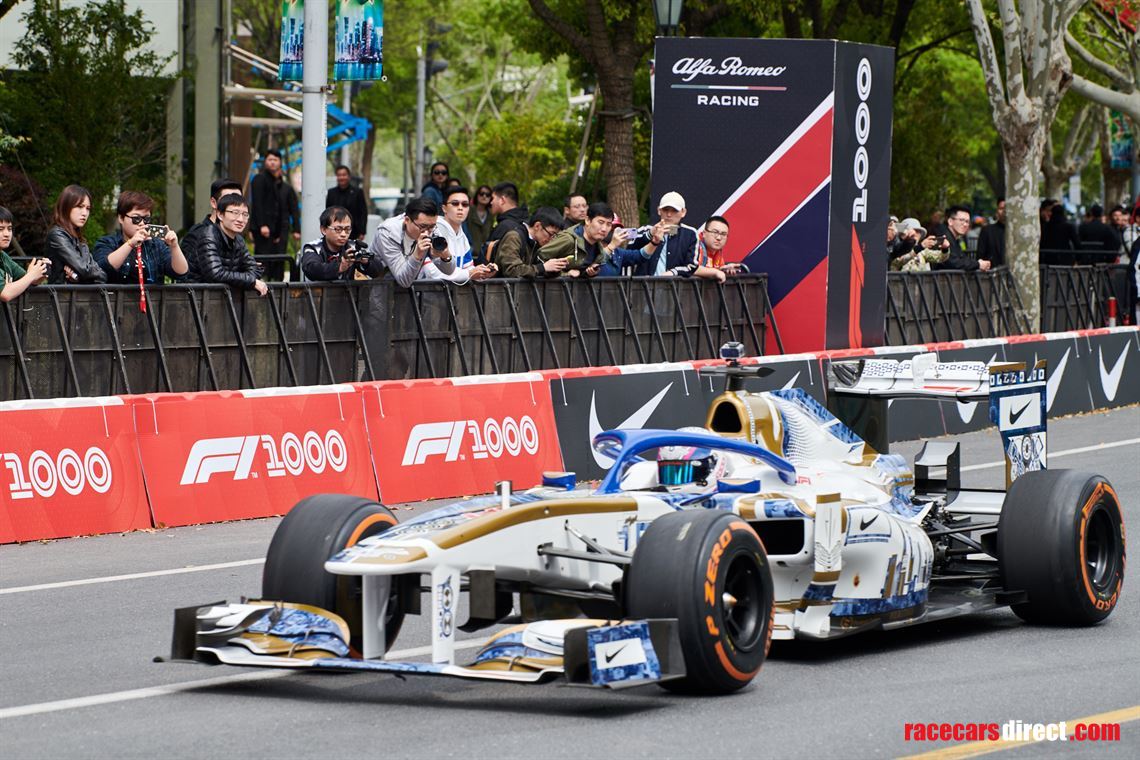 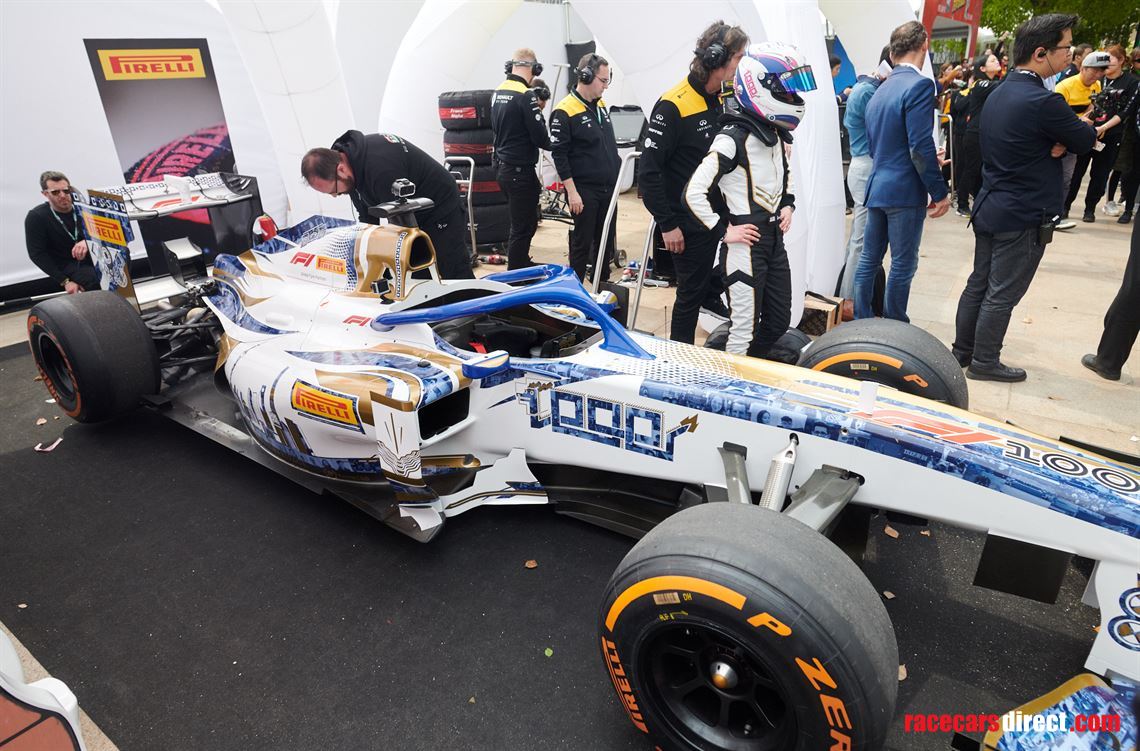 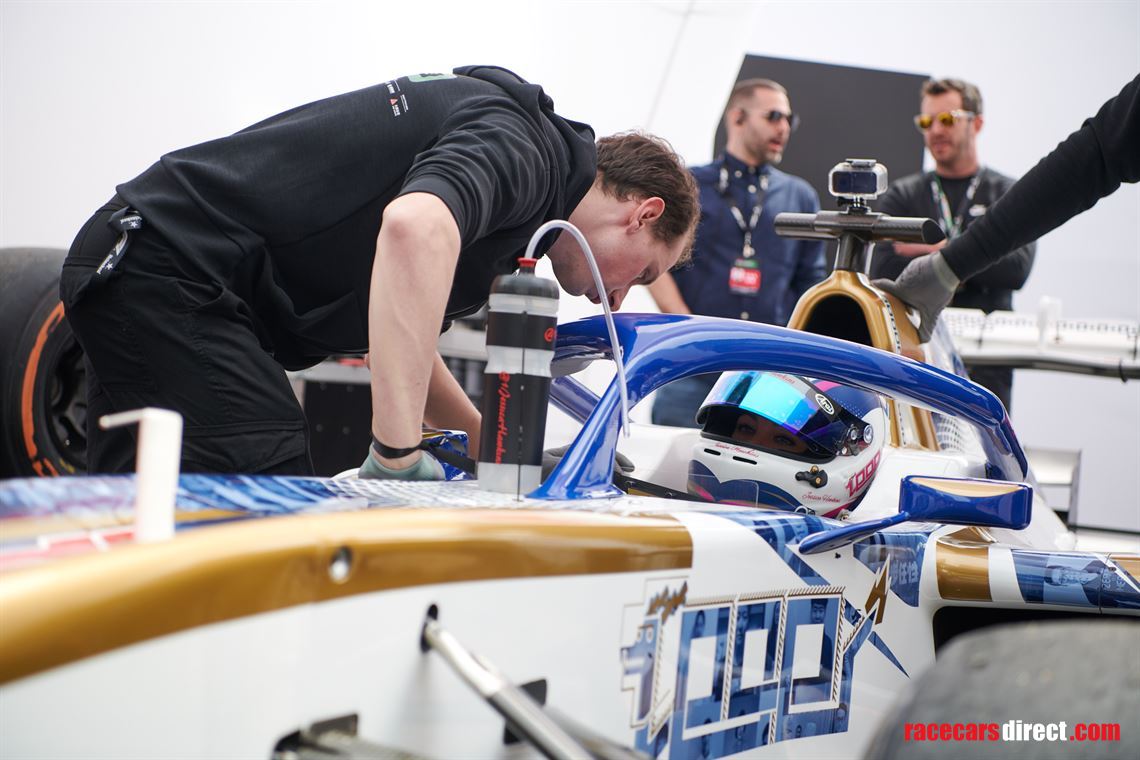 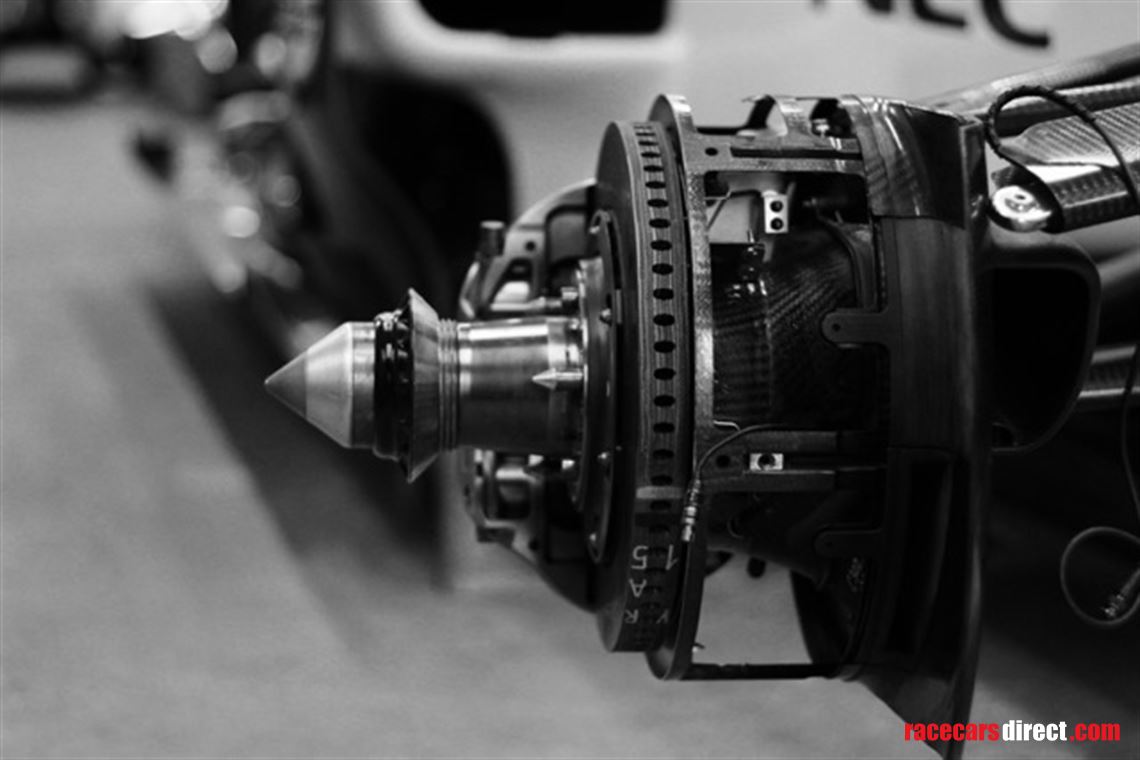 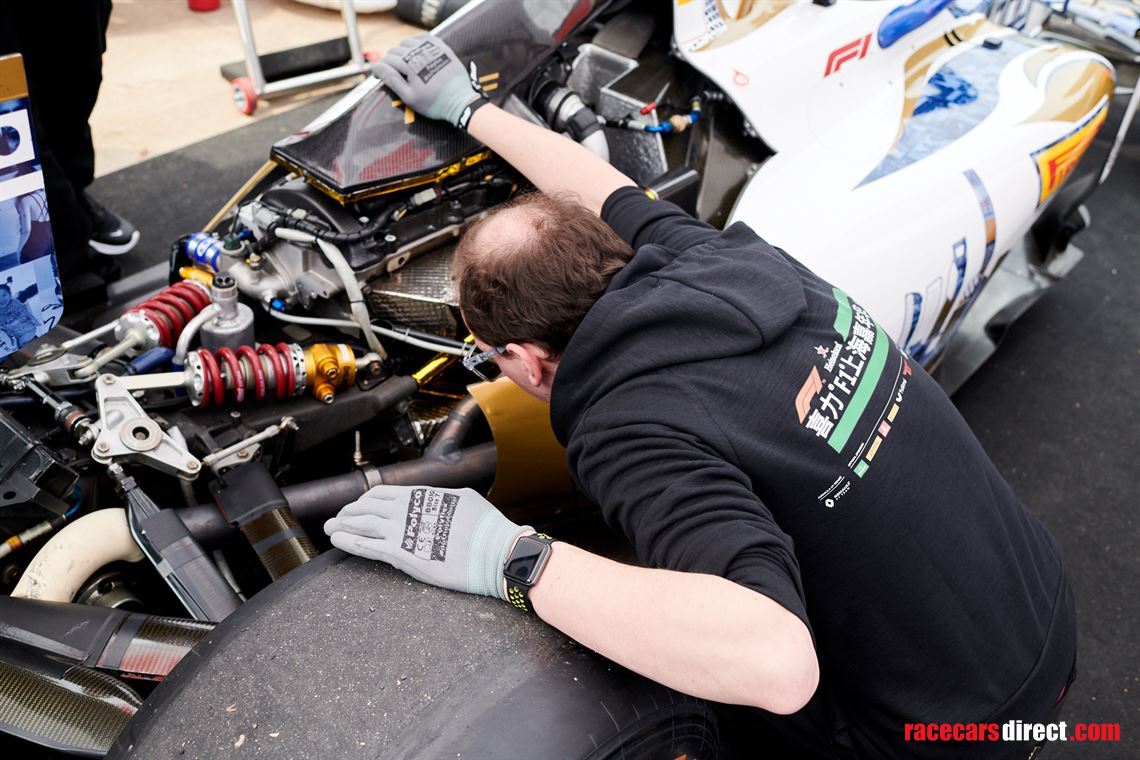 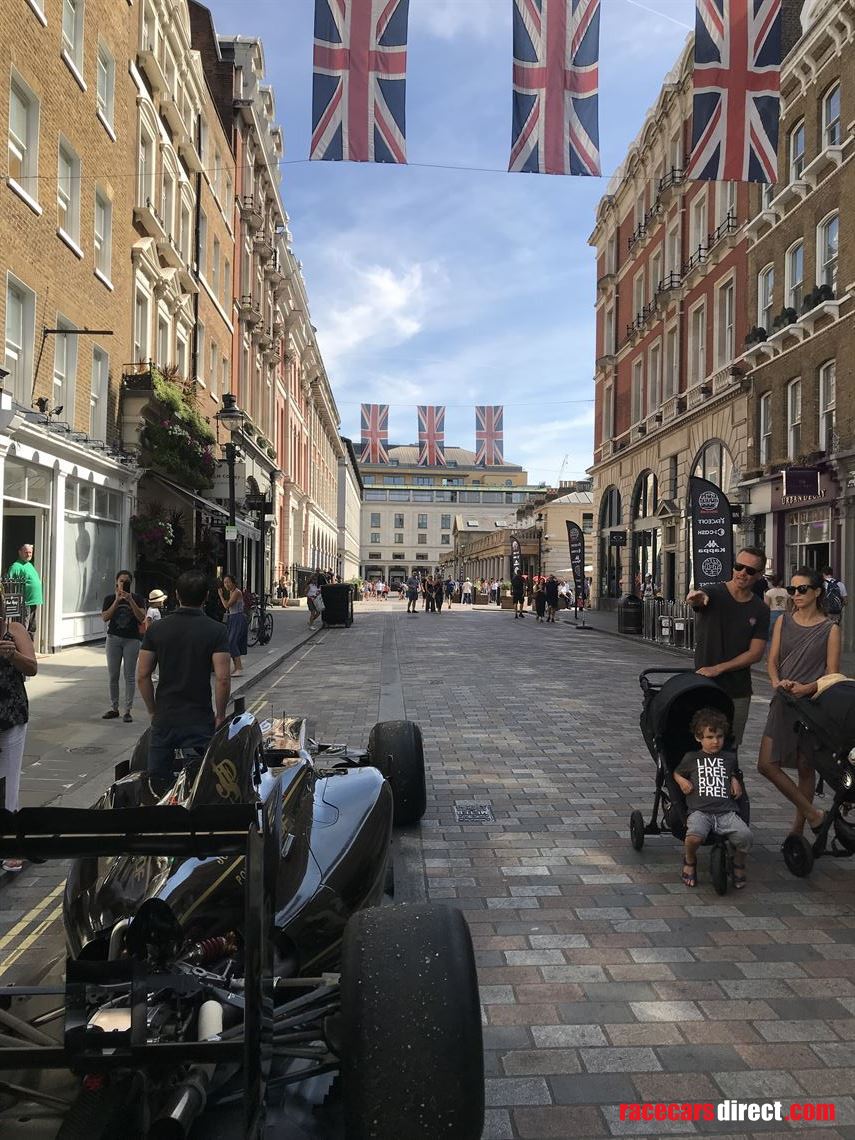 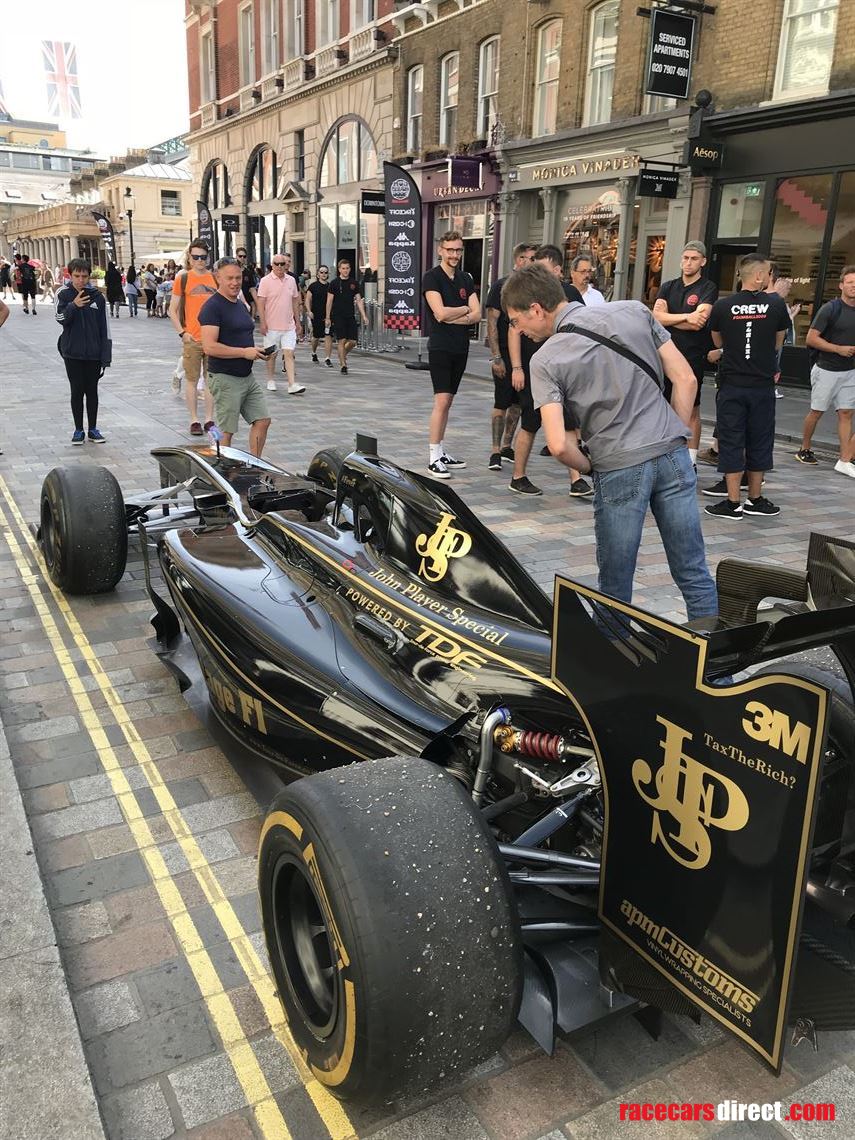 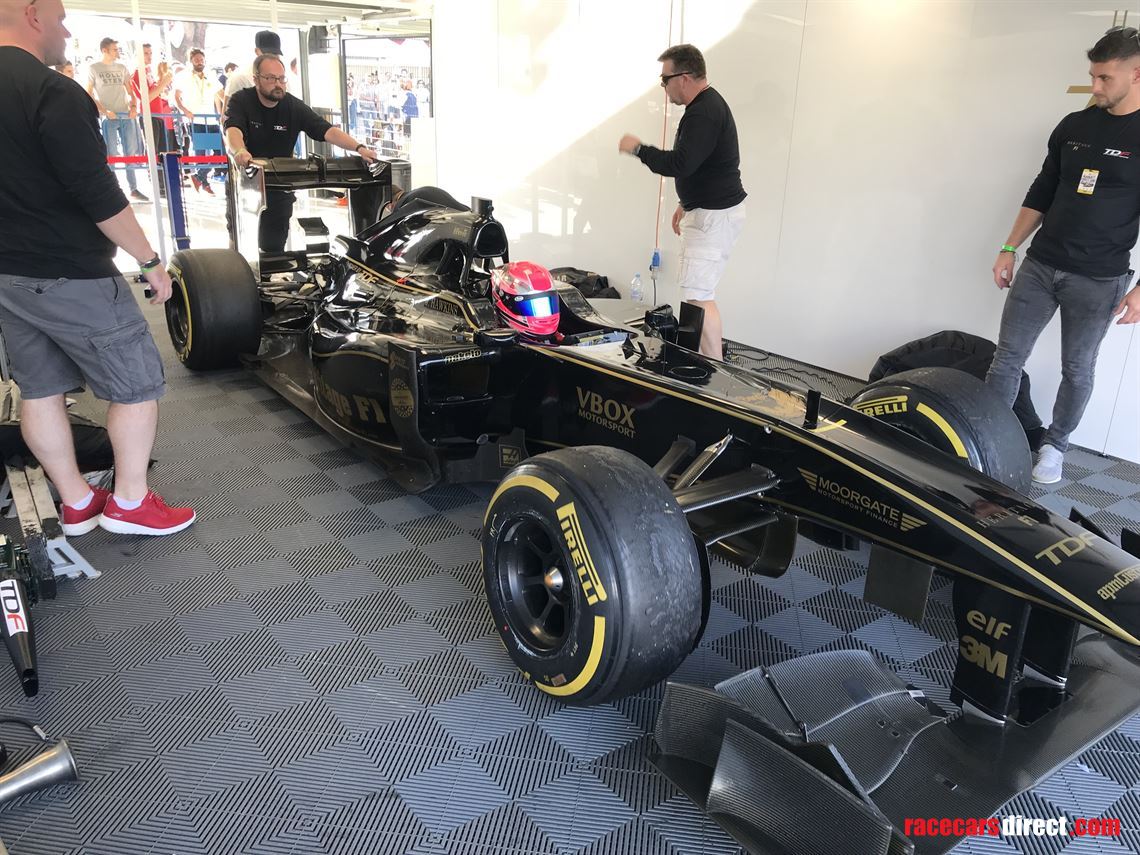 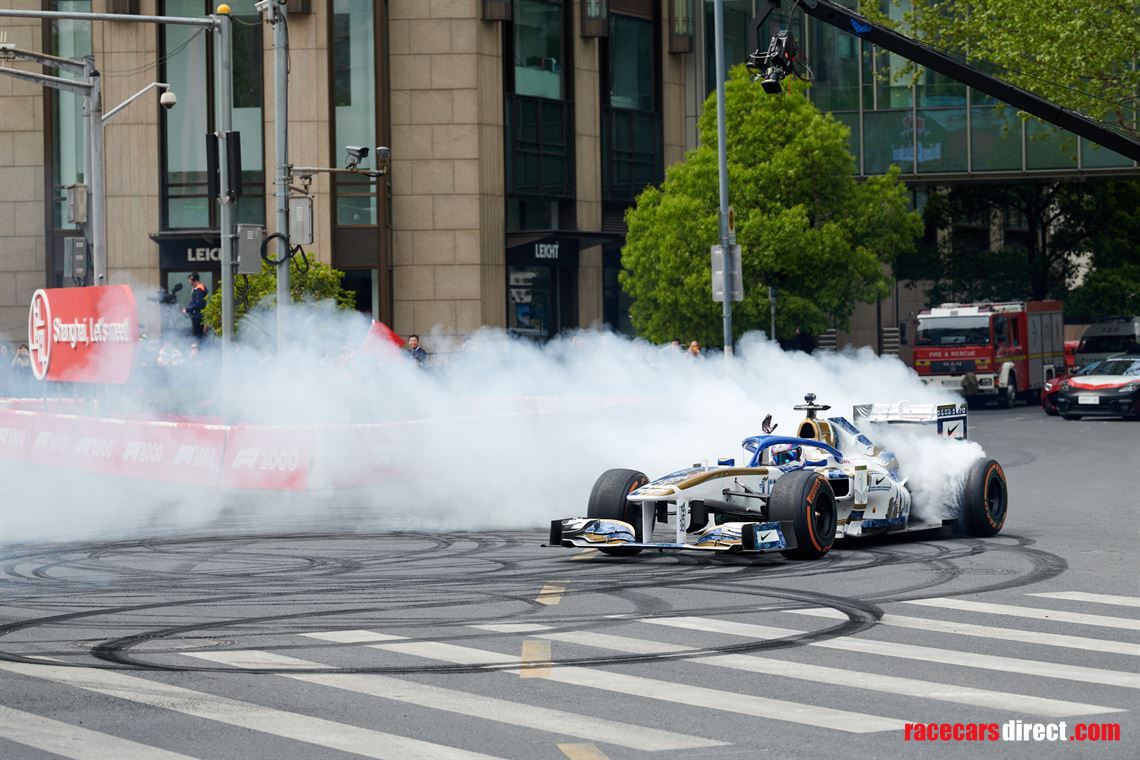 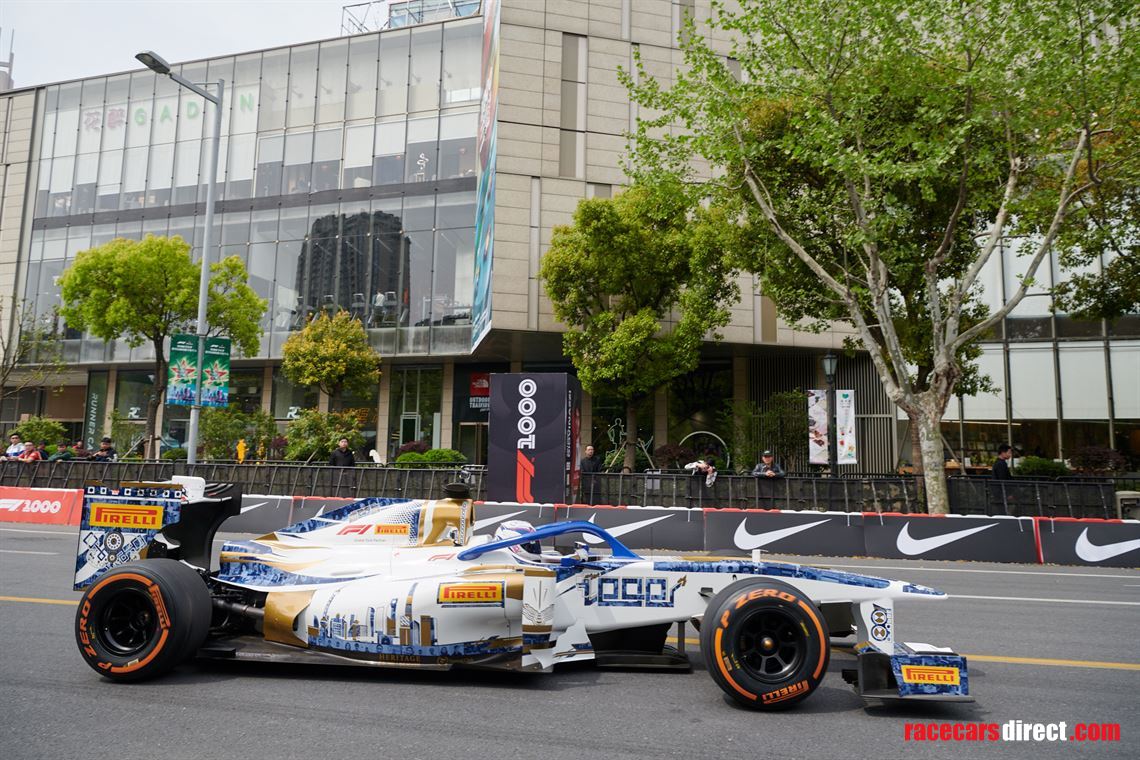 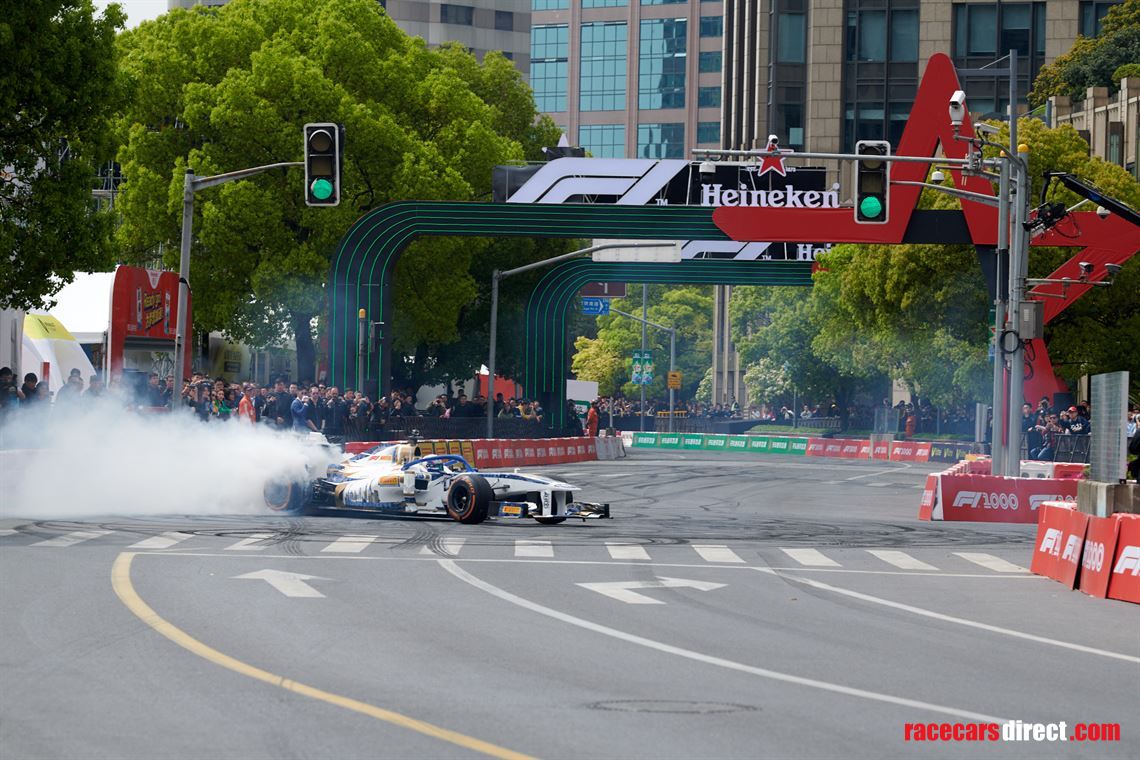 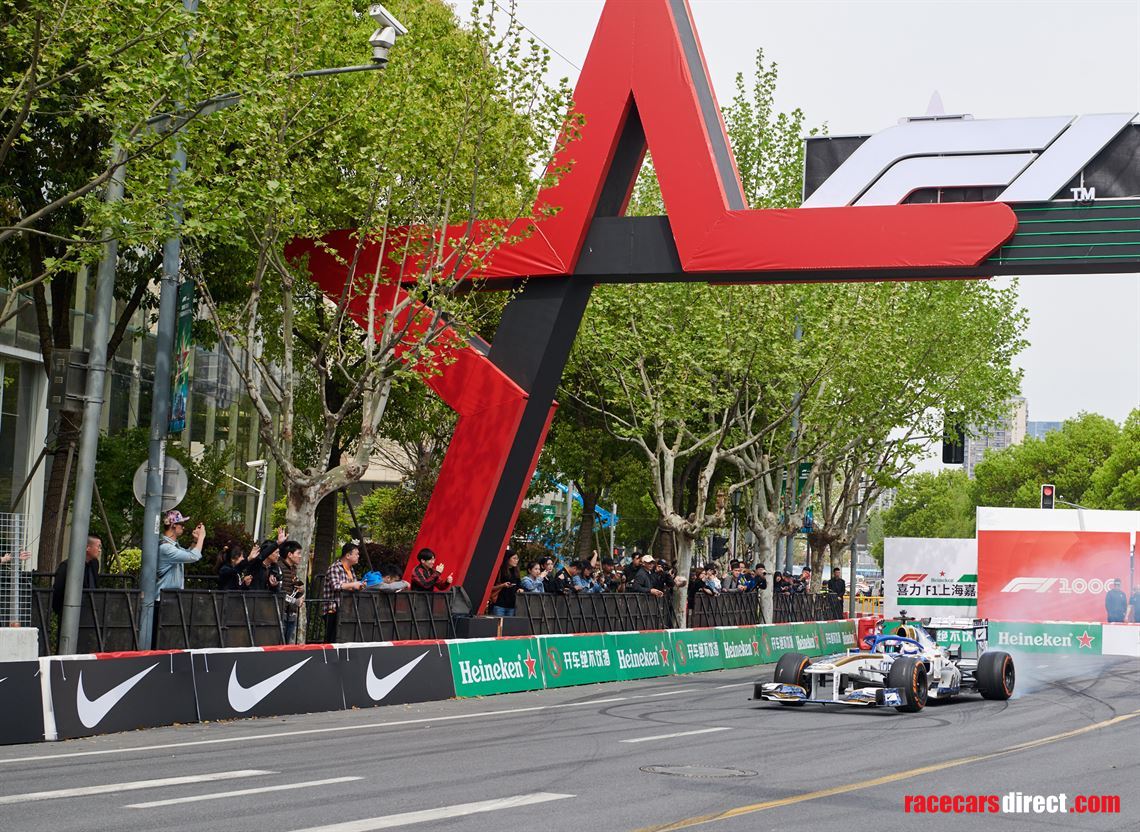 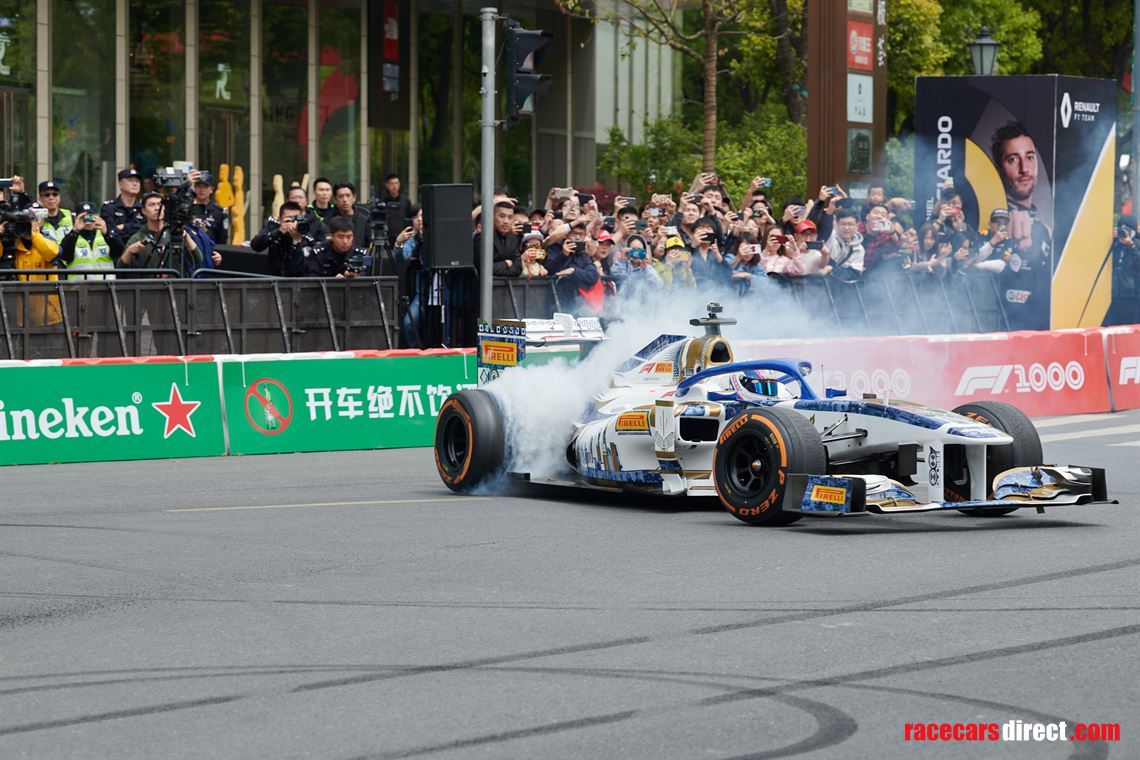 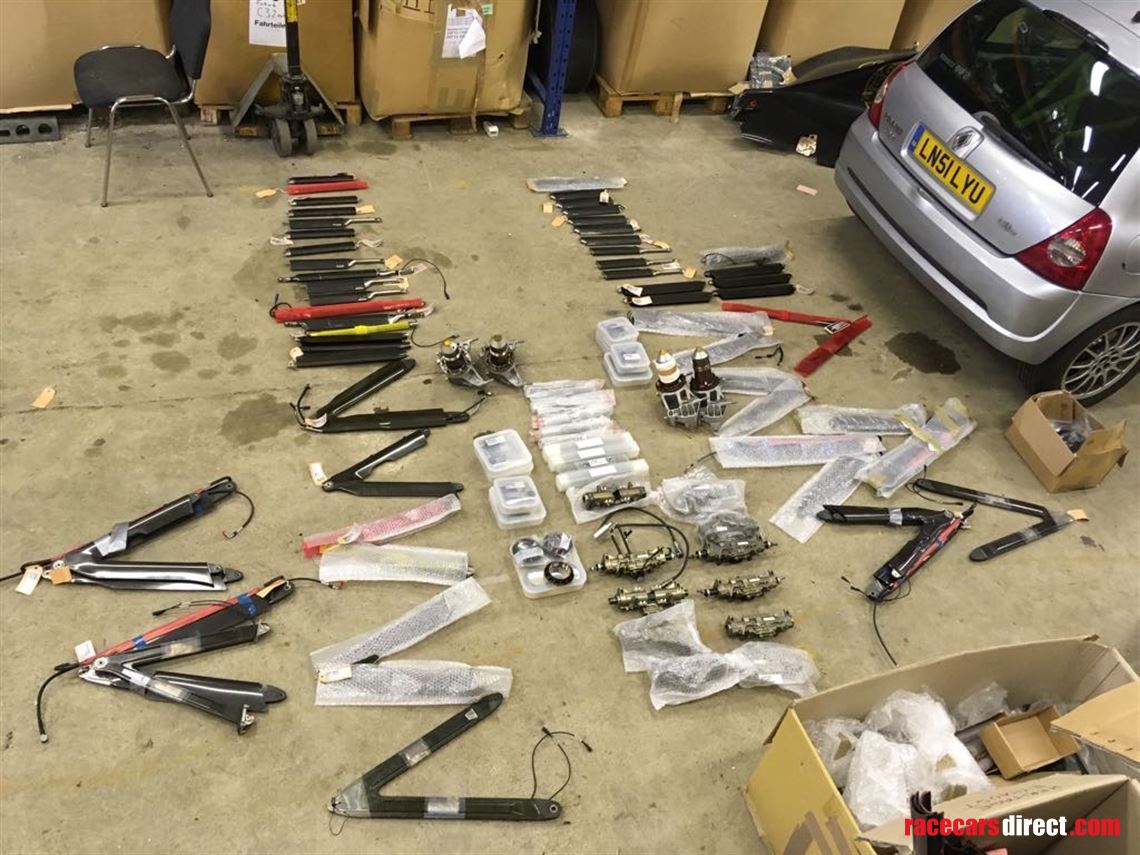 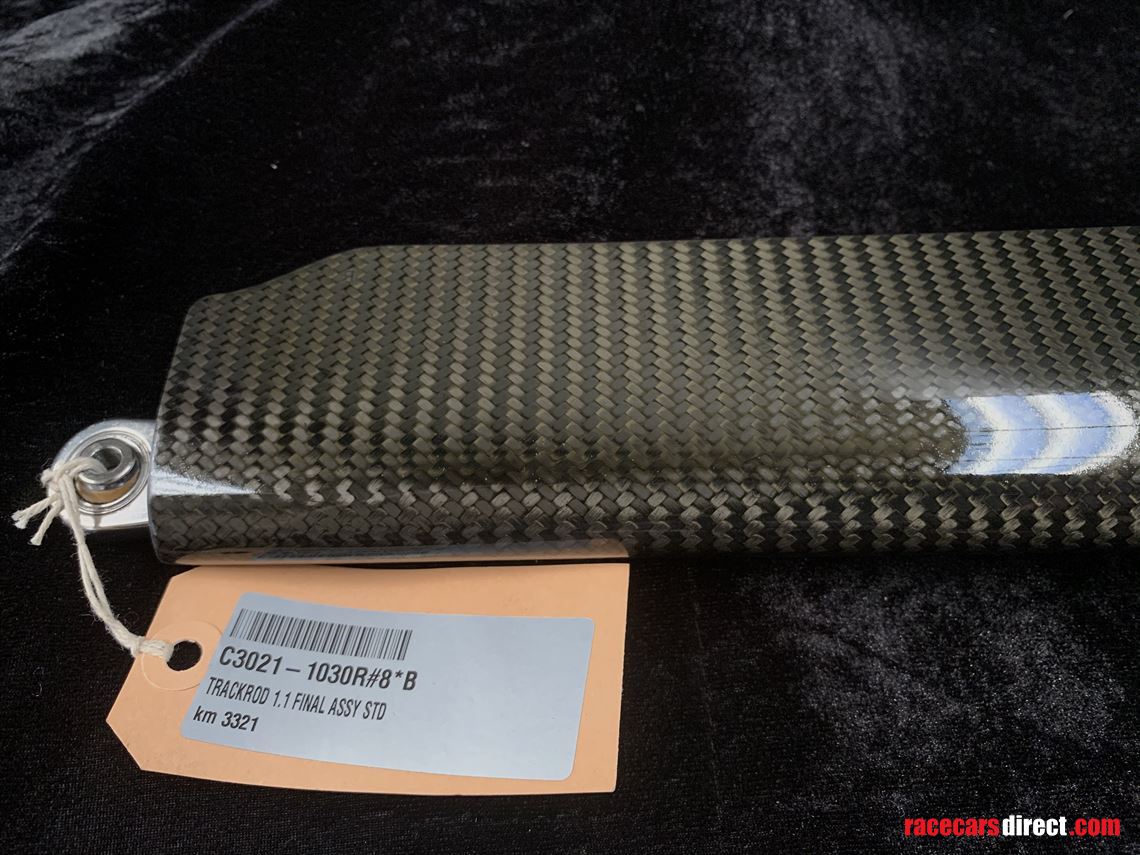 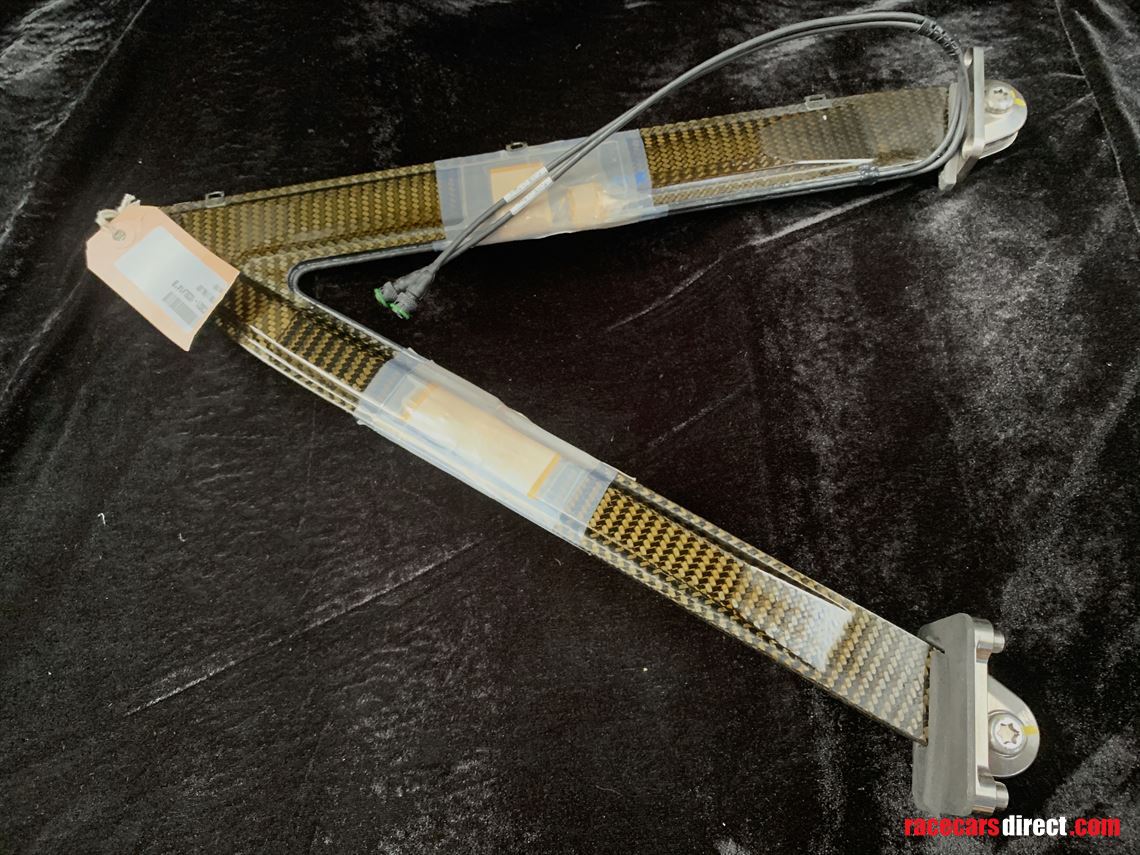 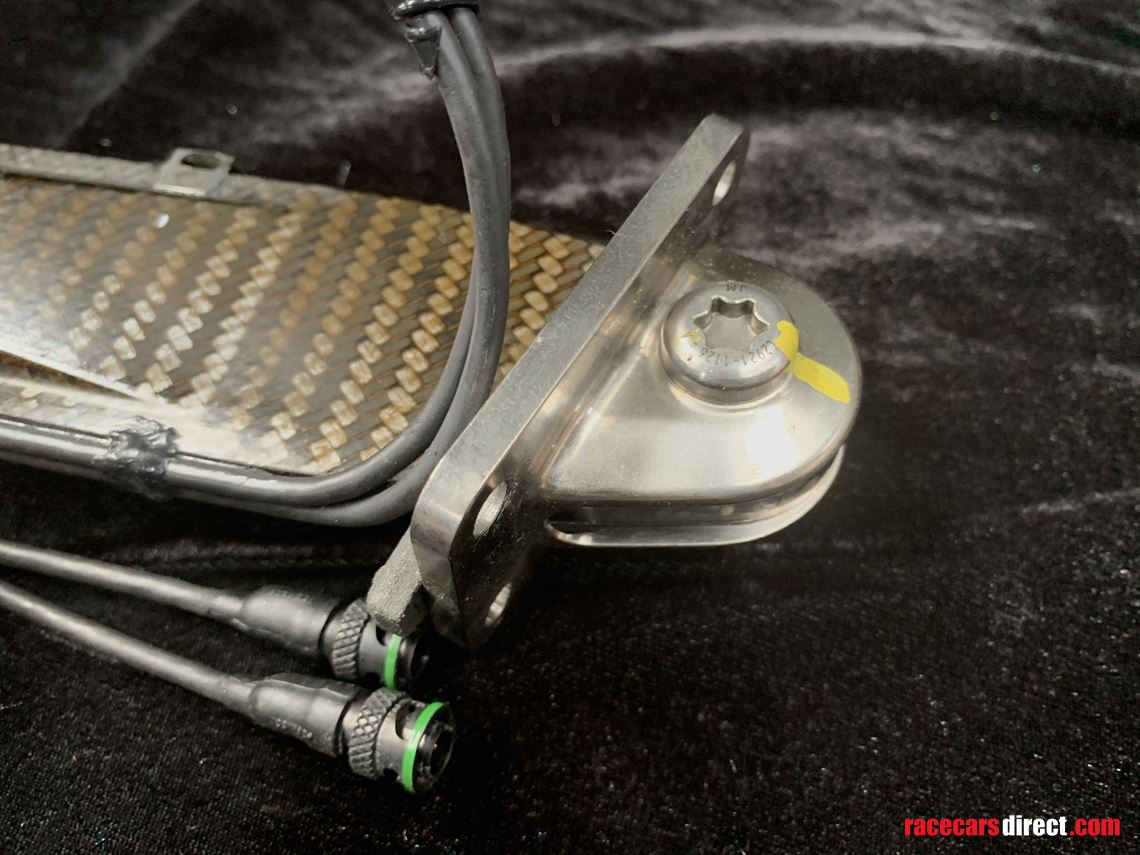 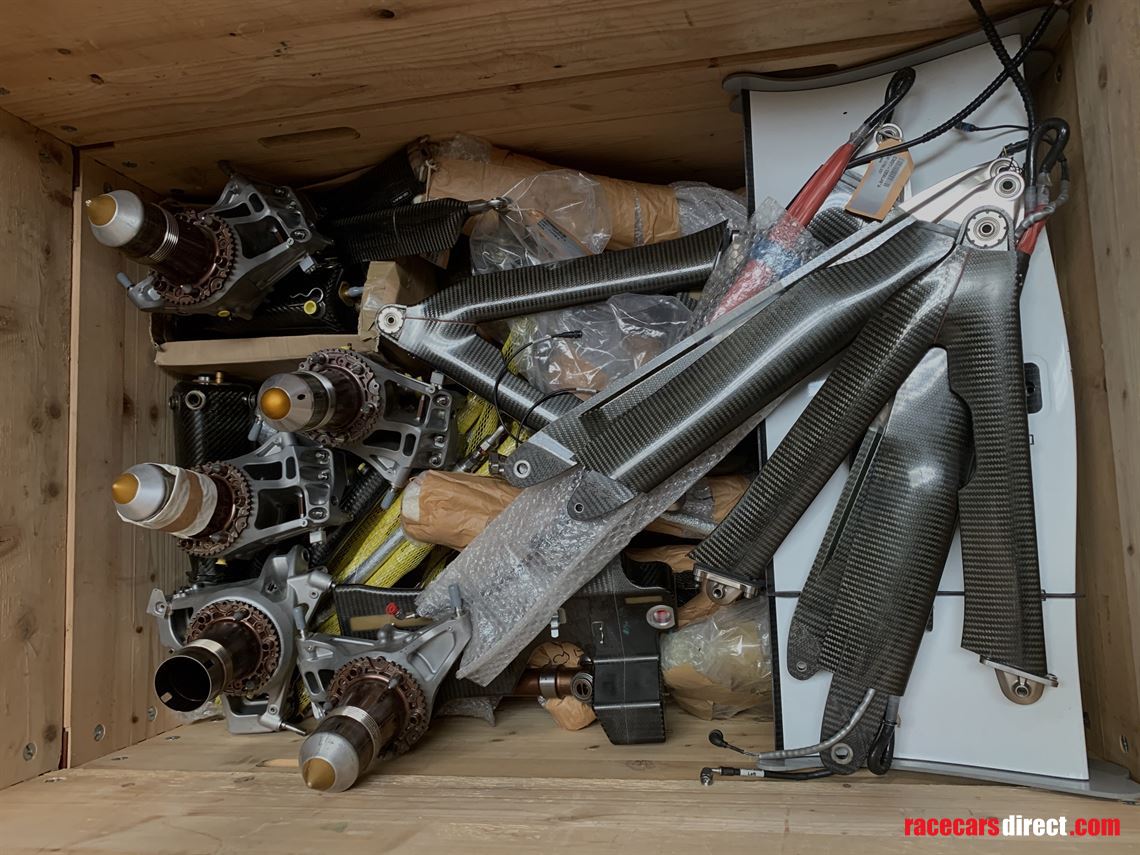 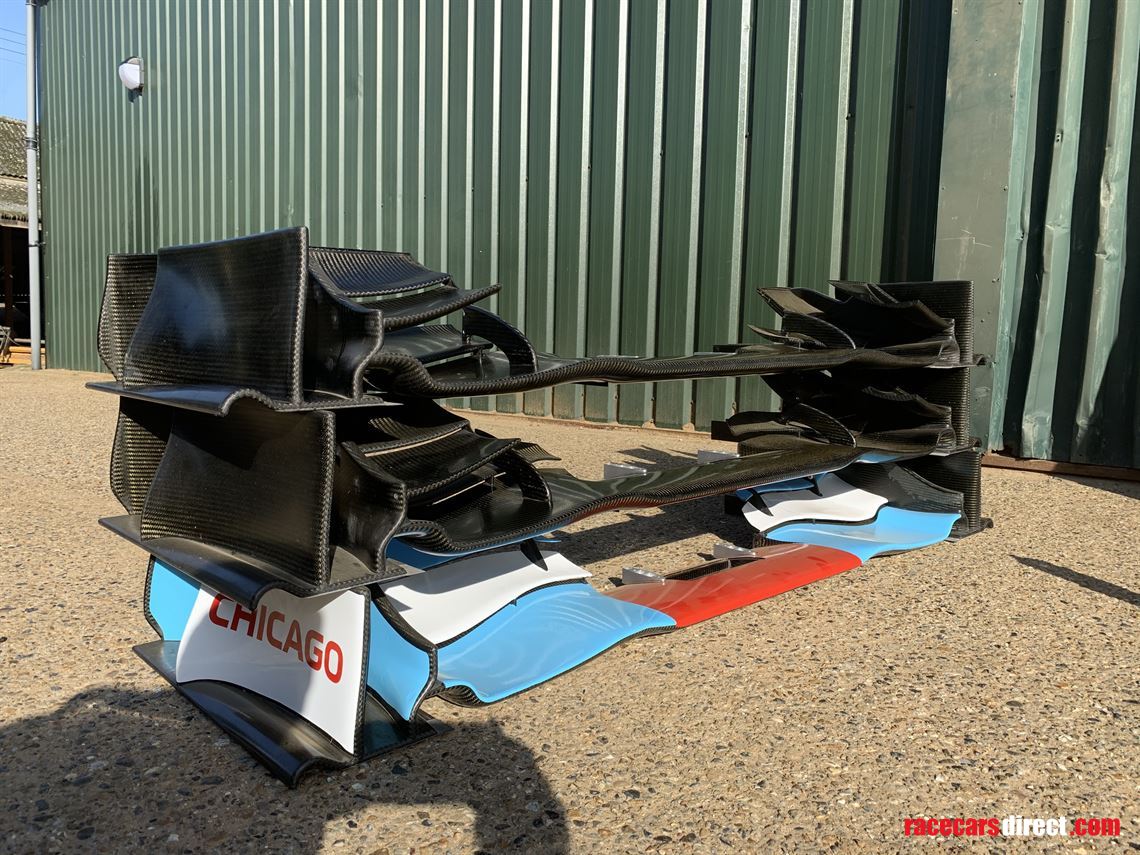 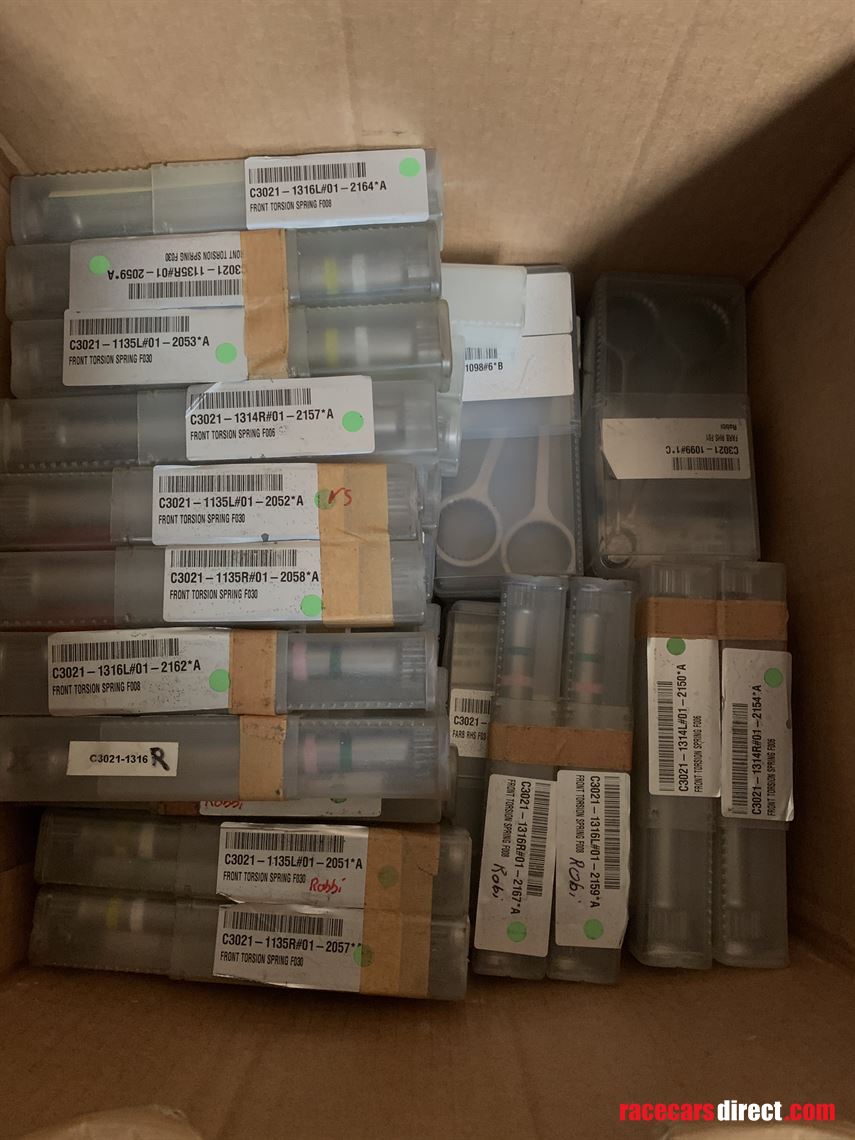 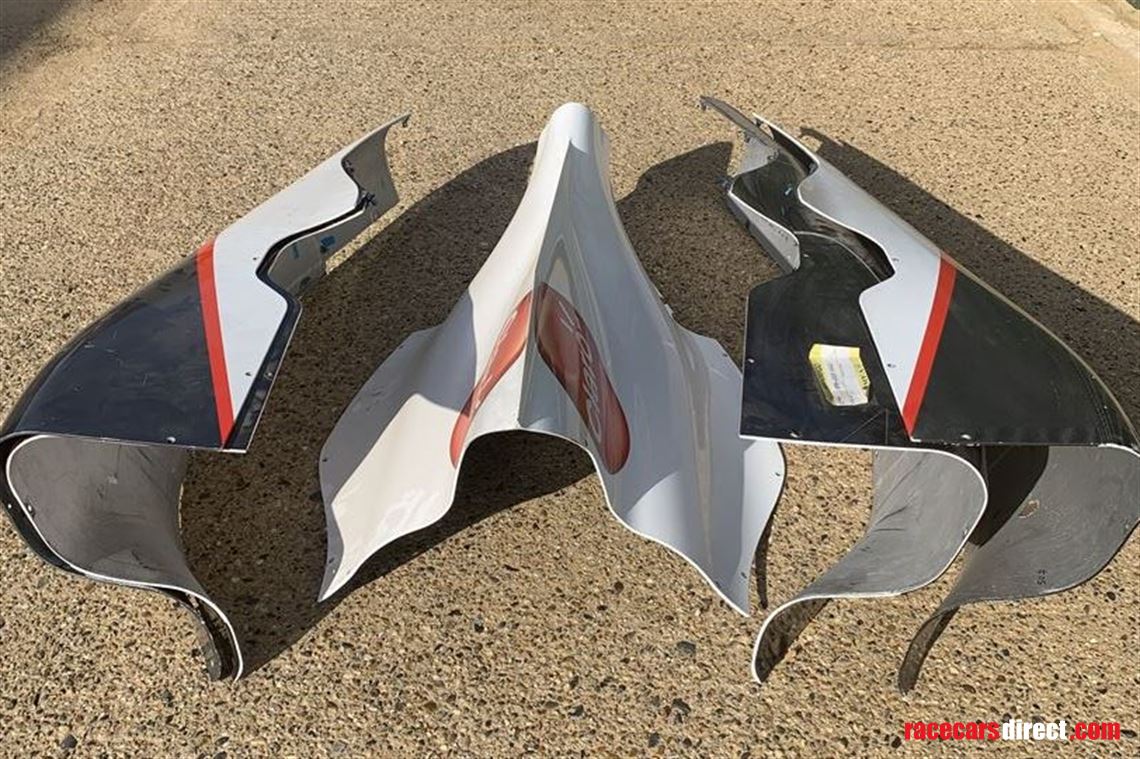 IF YOUR ARE BUYING OR SELLING, PLEASE CONTACT MIKE WALTERS ON +44 7970 736644 OR EMAIL mike@racecarsdirect.com

This is a fully up and running car with the TDF Powertrain pushing out 550hp and 450lbft. It laps Donnington GP circuit in 1.19 easily.

The engine is a re-engineered Mountune unit as used in the F2 Championship of 2012, with increased capacity, hybrid Turbo and tailored intercooler etc, it is a structural member of the car. It was chosen because it is the lightest, smallest design that could possibly be used. It is also inexpensive to rebuild.

There really is EVERY consumable that you can think of with this car. Even those little parts like the front wing veins and end plates, that get damaged in a gravel trap. With this spares pack the car be run without any unforeseen expenses from little “offs”

The Floors, of which there are two spare, are priceless and will allow the new owner the peace of mind to drive without being in fear of game ending damage from a small off. You will require a 7.5 tonne truck at least to collect the spares package.

Literally no other F1 car on the market has this package. The car is eligible for BOSS and MAXX series, and would clean up, its rolling acceleration is way greater than the current owners' old ’98 V10 car, such is the benefit from the unchanged Sauber Aero Surfaces. This combined with the massive increase in torque (440lbft up from 210 with the Ferrari V8) means the car is an absolute weapon on track but not intimidating to drive, as its actually quite friendly to the novice driver.

The owner commissioned TDF (Tour De Force Engineering) in Bedfordshire to build this 2011 Sauber Chassis in to a drivable car. The chassis has an interesting history through the 2011 season as it was taken to 5th at Monaco in 2011 by Kamui Kobayashi, and then driven again by him in Singapore before being driven by Sergio Perez in Barcelona and Turkey of that year.

The focus of the project was to make the car “With 90% of the original performance, with less than 10% of the running cost” which was accomplished. The build project took two years, and as the car progressed it became clear that the project was going to another level. TDF used a low capacity 1.7ltr High pressure turbo four cylinder engine and well proven Hewland Gearbox. Running Pneumatic shift etc

Using the latest F1 CAD and a team that are all ex F1, TDF kept the wheelbase within 2mm of original, the weight is just 18kgs heavier than the Ferrari set up. ALL Aero surfaces are unchanged so it benefits from the Sauber development budget of 2011.

The car once complete received over fifty runs on the Multi-Post Rig at Multimatic to get the set up perfect. (A Huge amount of variables are included in the package, Torsion Bars etc)

The engine runs a Mountune ECU set to 550hp currently, which means it can be run very easily by a competent private team or Mountune can do it for the new owner if required. Engine rebuild and running costs are minimal.

Formula One Management approached the owner to ask if he could provide demonstration cars for GP’s around Europe and as part of that they also wanted a “Blank Canvas” late F1 Car for the City Centre F1 Live events and they chose this car for the role. There is no greater reference. It has been all around the world for them from Shanghai to Chicago and in various wraps designed and applied by F1 themselves. As well as being featured in their Chemical Brothers theme tune video. For this they asked for a Halo to be designed and produced, this is still applied to the car, it is purely aesthetic, yet is strong and correctly mounted but can be removed very easily.

There may be the possibilty of the new owner continuing the relationship with Formula One Management and also with other commercial contacts.

Please read the article below on Top Gear about these cars and their £1.5m price tag for a new one.

This very famous car is often hired for filming and publicity, with previous clients including Universal Studios, ITV, SKY TV, and Gumball 3000.

The car and the spares package are very sensibly priced. Available for immediate inspection in either the UK or West Coast US.

POA and the owner will welcome discussions over possible Part Exchanges.