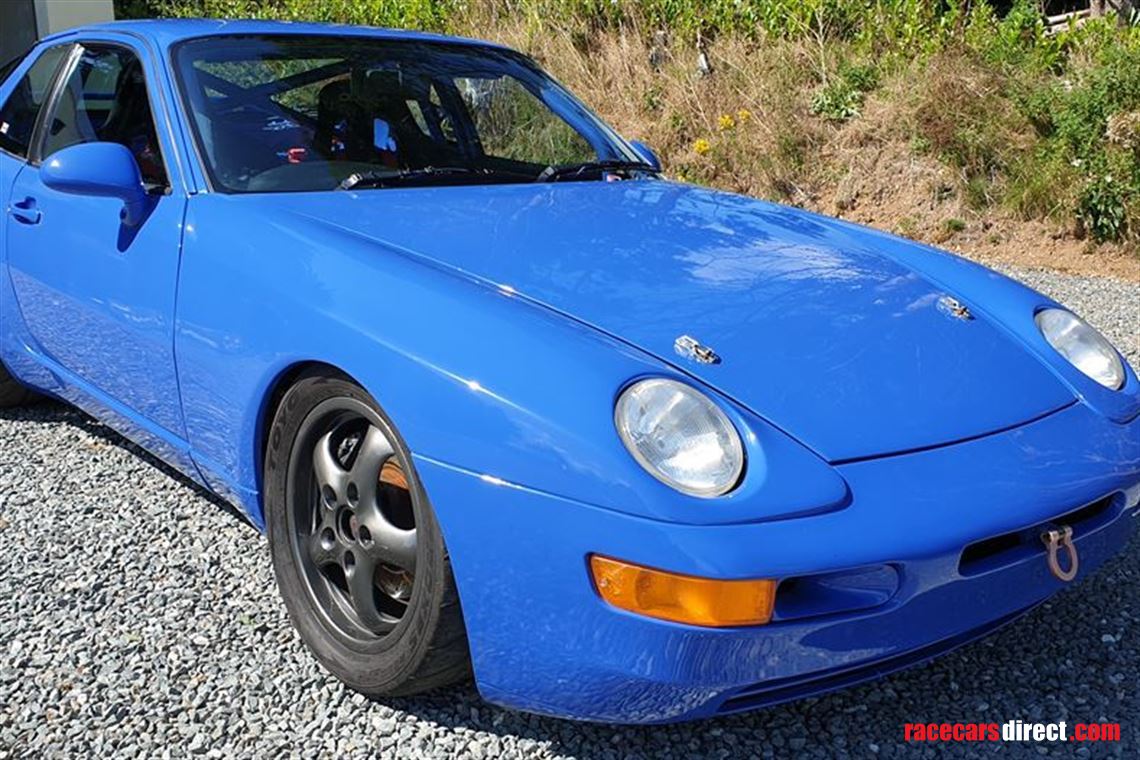 The time has come to sell my well known 968 due to lack of use.

I purchased the car in September 2017 with the intention of using it as a track car but my plans changed as I took my ARDS and my interests went elsewhere.

When I acquired the car it had just finished a season racing in the CSCC Modern Classic Series.  It had raced in this series in 2014, 15, 16 and 17 with numerous class wins and podiums.

When I collected the car and got it home it was clear she was a little tired so I sent it to William Crawford for them to go right through the car with the objective of making it reliable and safe.  They undertook a lot of work (£6k invoice in the history file) including a suspension refresh.  It then went to Neil Garner for a track geometry set up.

I then used the car for 2 and a half trackdays and it then sat in my garage until the end of this summer when I had the bodywork sorted and repainted.  The bodywork is solid with no corrosion but various bits of contact damage over the years meant it looked untidy.

I have changed the oil and filter and fitted a new competition battery so it is ready for someone else to enjoy.  To race it will need some stickers, a fire extinguisher service and it should sail through scrutineering.

I have an extensive history file for the car with an eyewatering amount of invoices along with all of it's qualifying and race results.

The car was dubbed the 'Purple People Eater' by EMC motorsport following a 600 hour build, the spec is great and it had pretty much everything thrown at it including:

The only known problem with the car which I haven't addressed is the rev counter not working, with the shift lights operational it never bothered me.

Included in the sale are various spares and three sets of genuine Porsche cup wheels.

The trailer shown is not included but would negotiate if someone was interested.

This car runs like a dream, it holds perfect oil pressure all day, coolant temp sits right and she doesn't burn a drop of oil.  A true testament to Porsche and EMC, it will punch well above it's weight and capable of embarrasing more modern and expensive cars on track.

V5 present and in my name currently on SORN (interesting reg)

Ready to race and road legal, includes range of spares and moulds.

No expense spared in maintaining and upgrading this car!

Motorhome that can carry rally or race car.