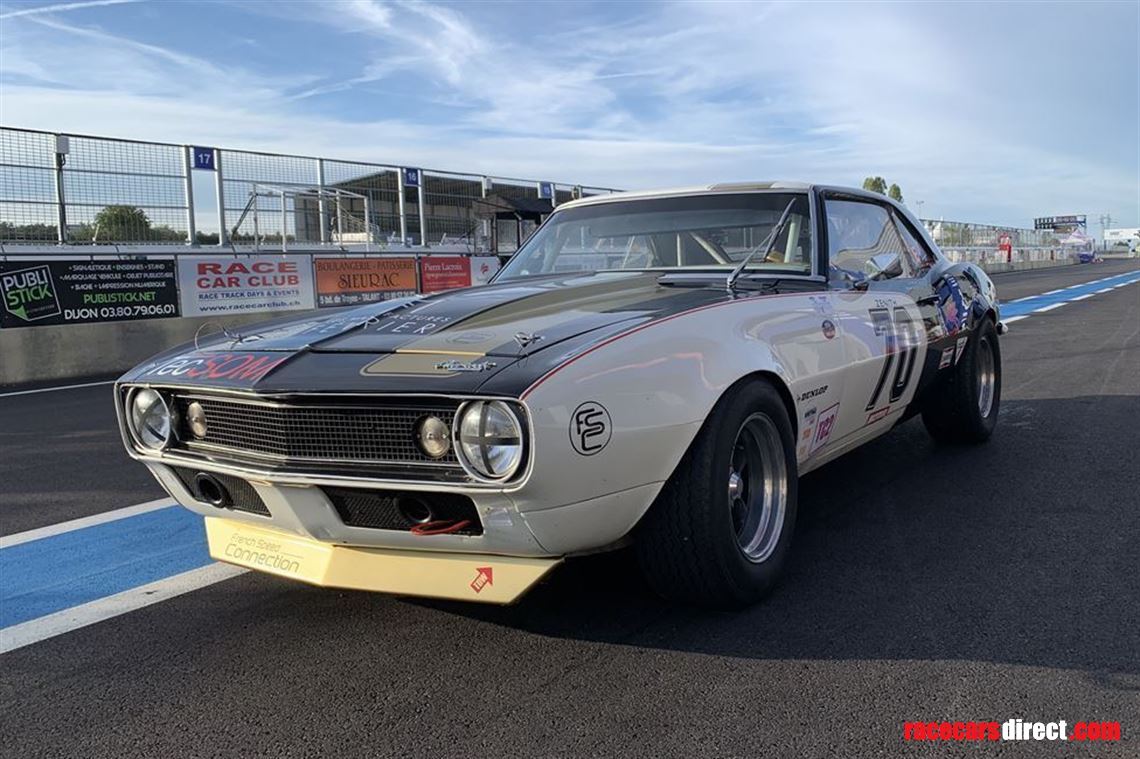 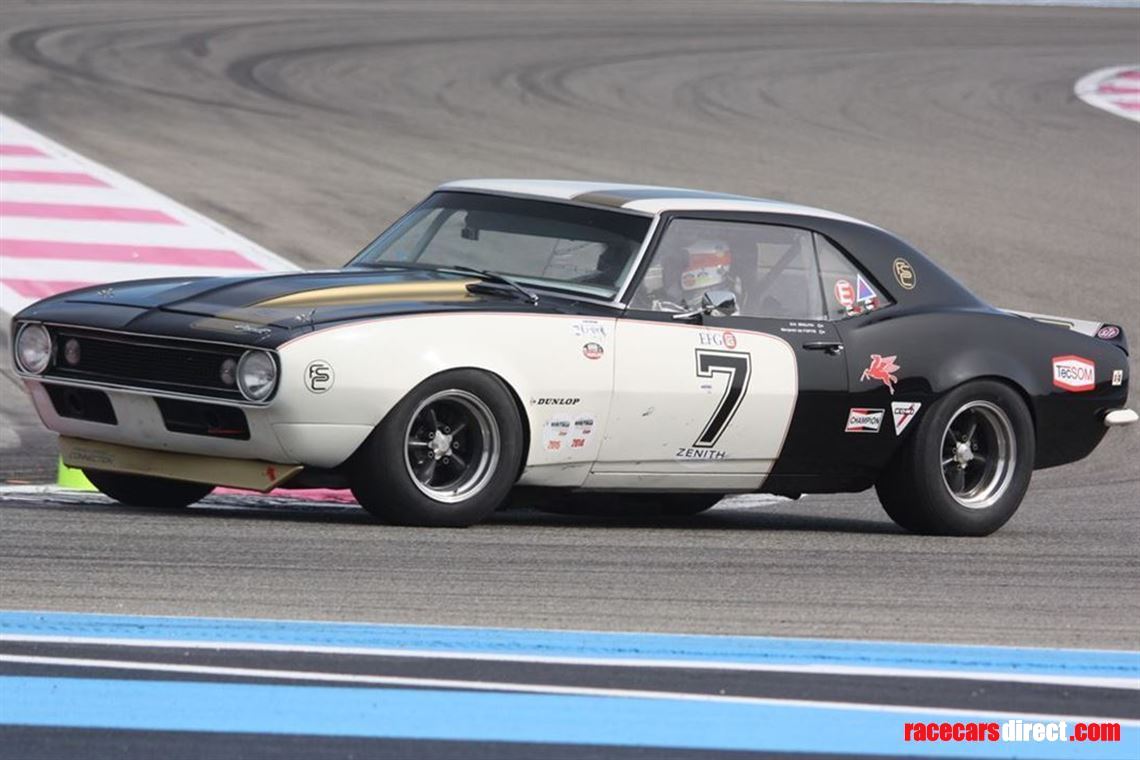 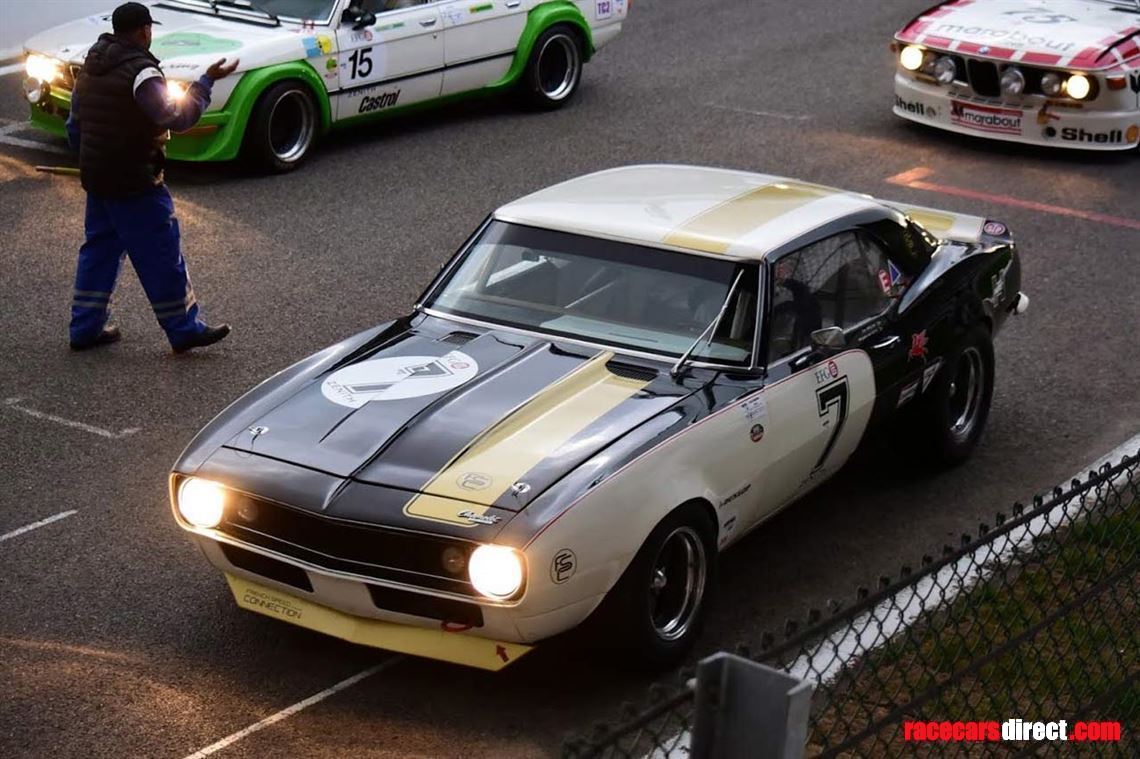 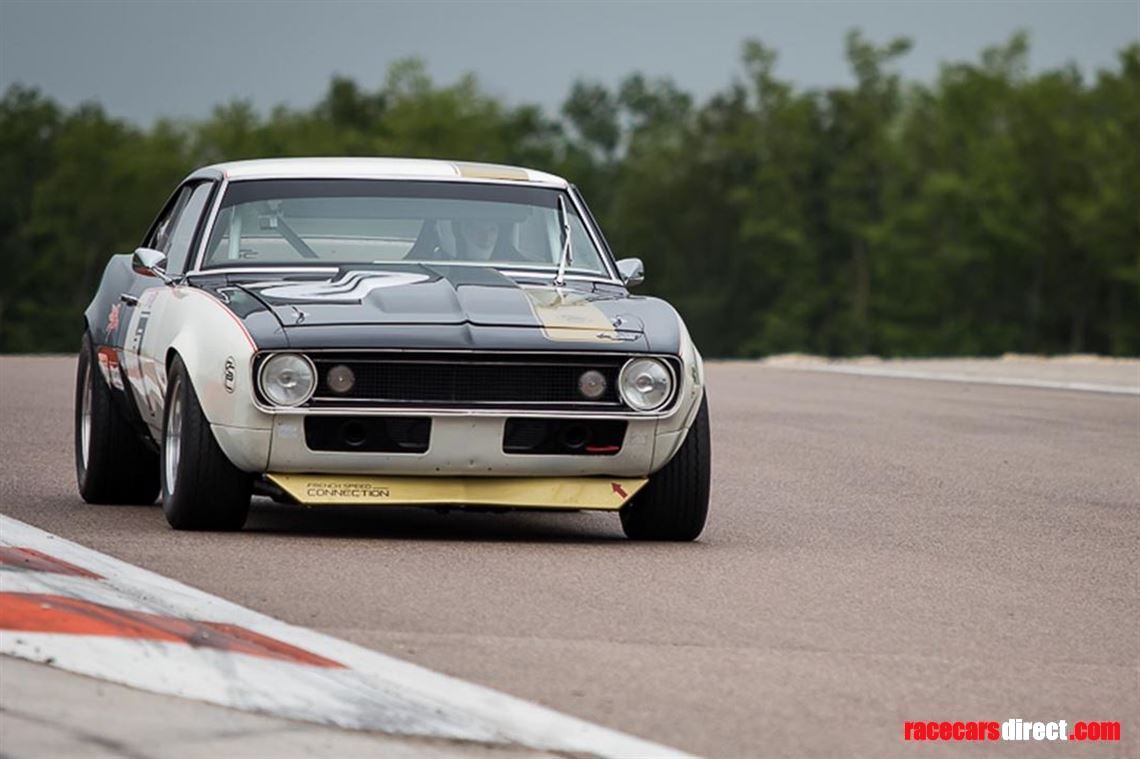 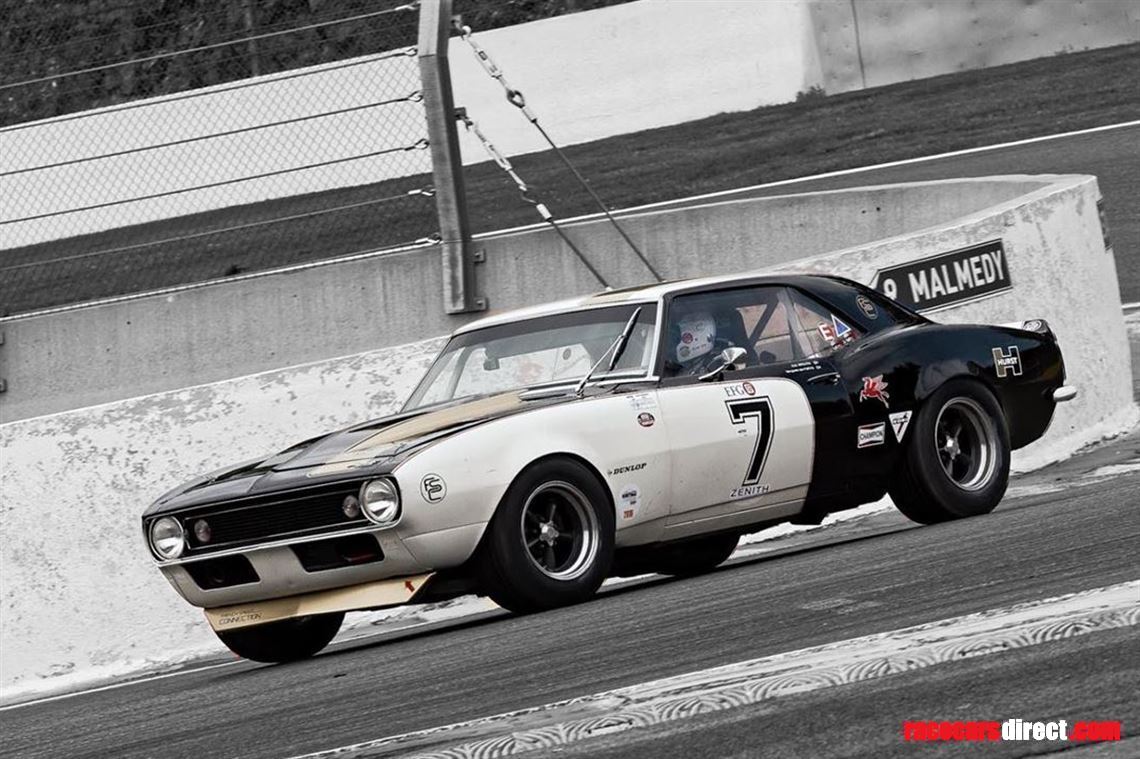 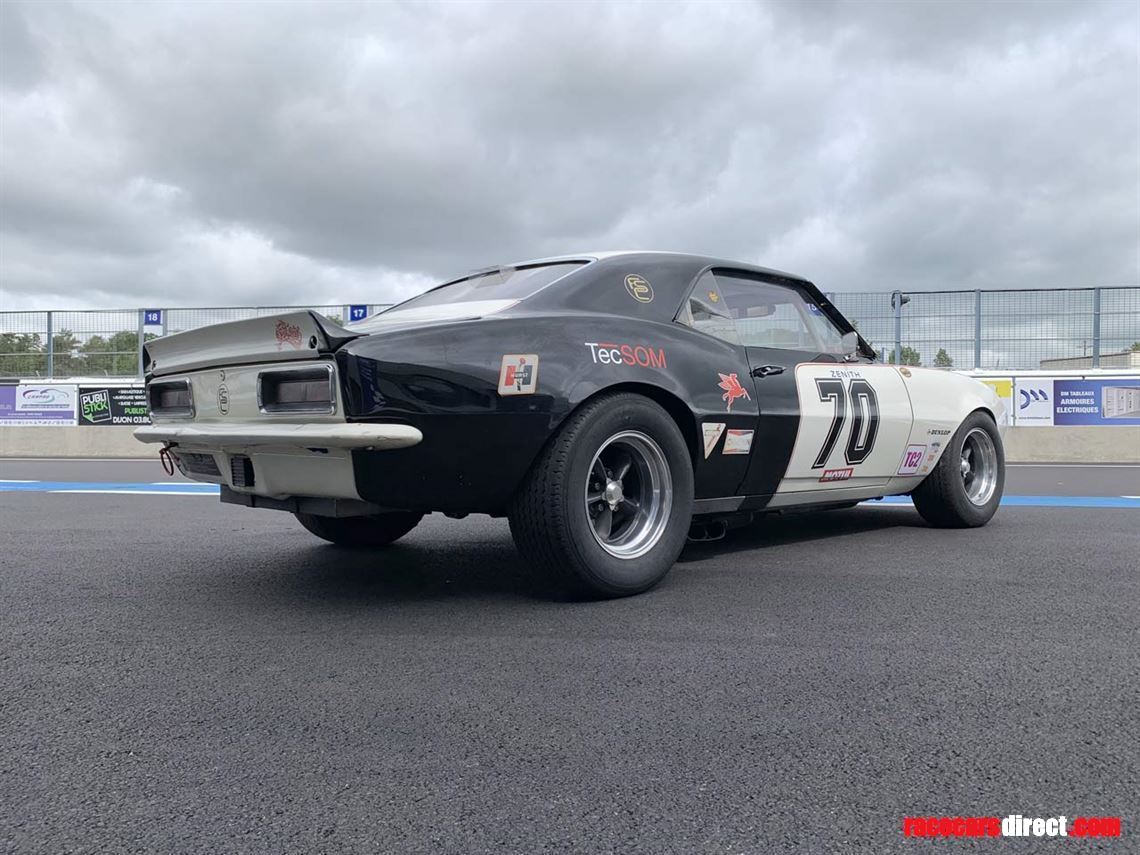 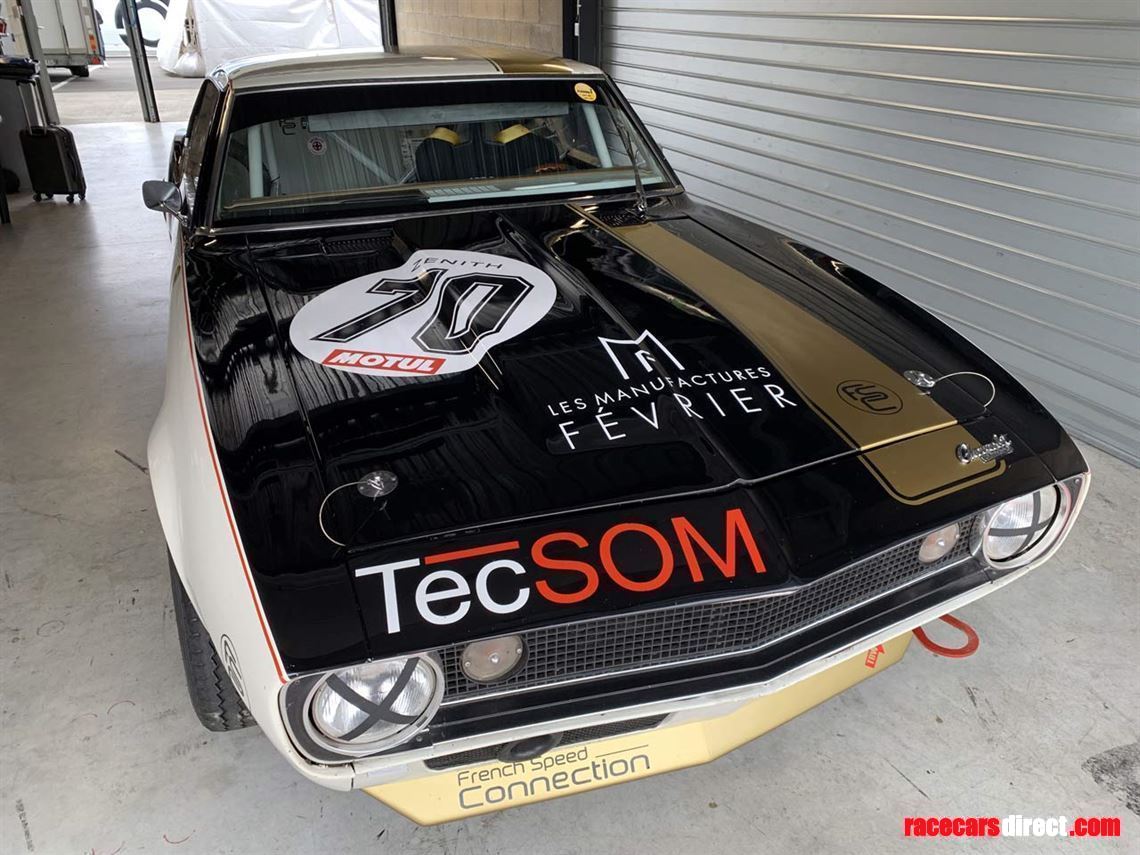 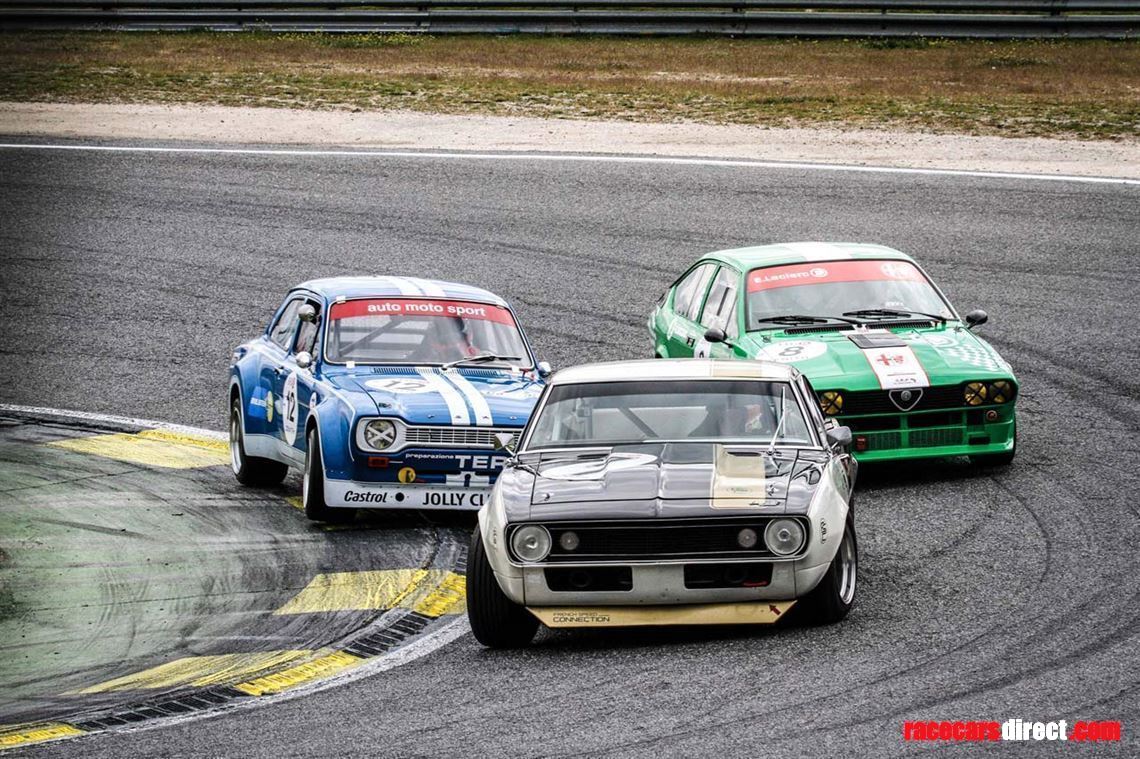 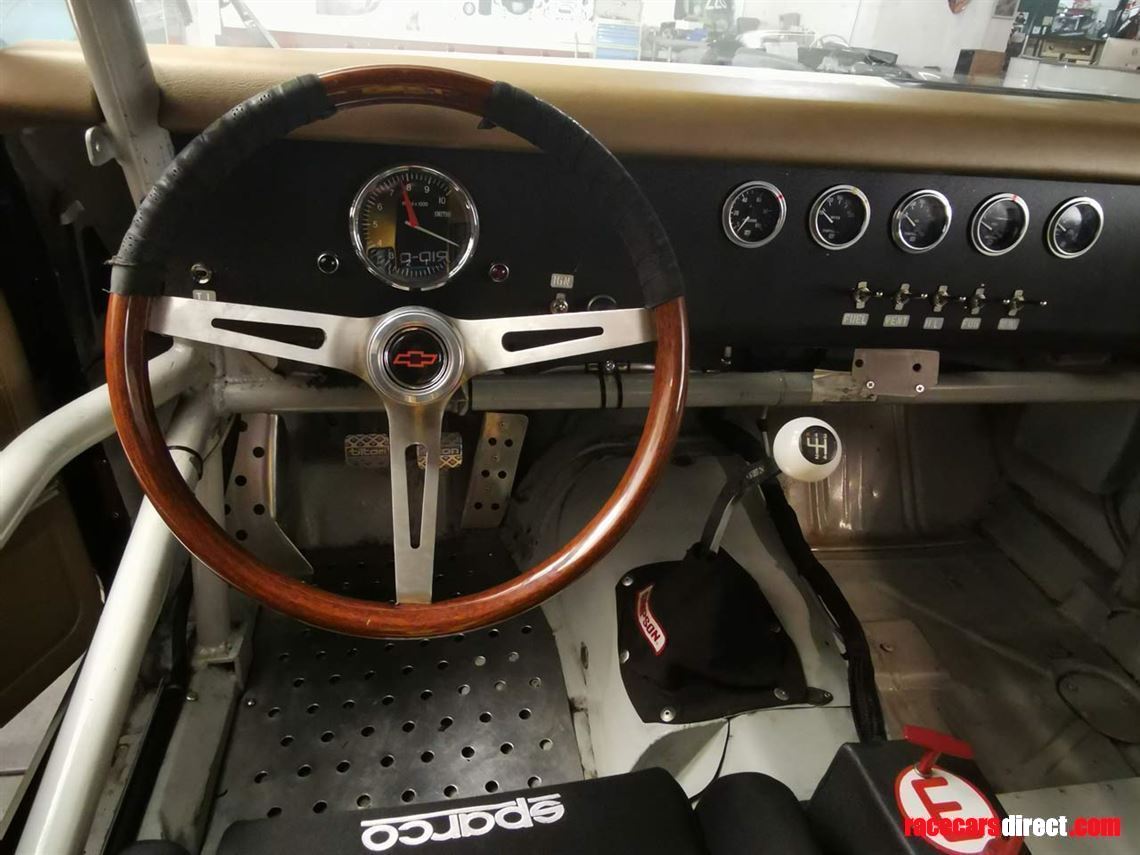 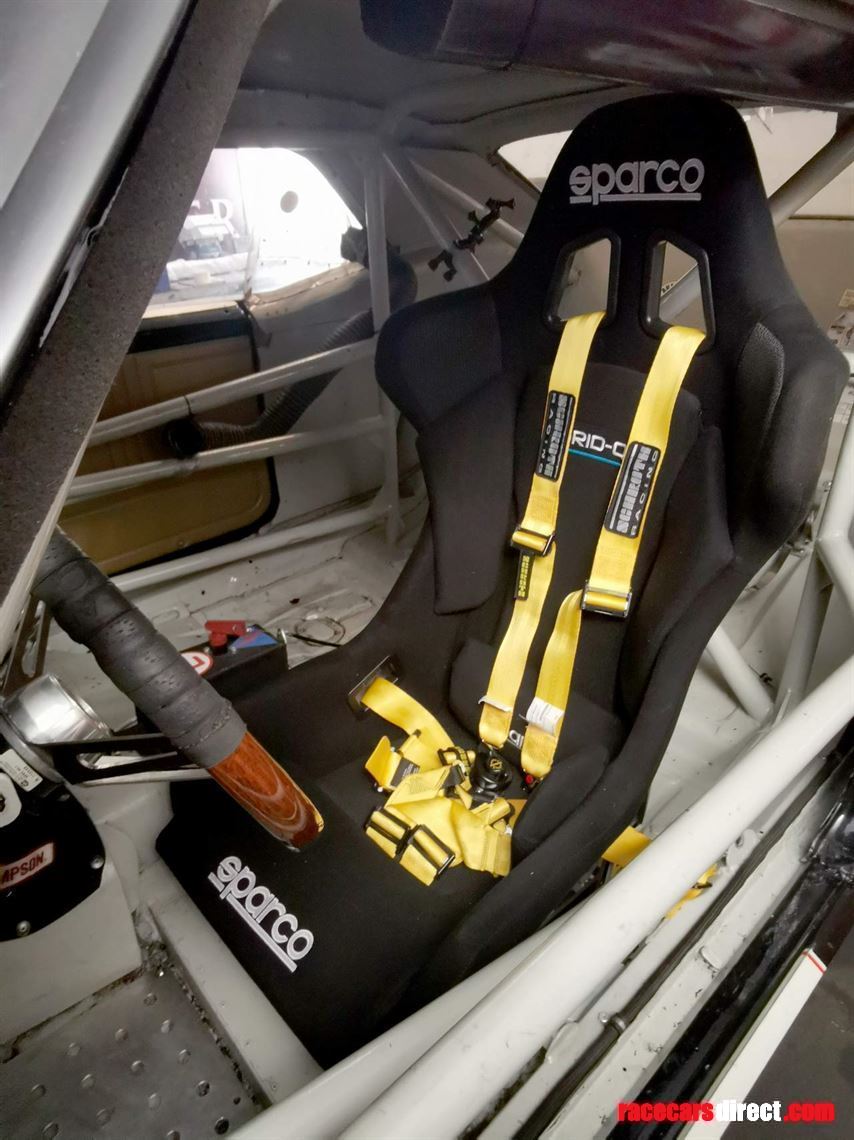 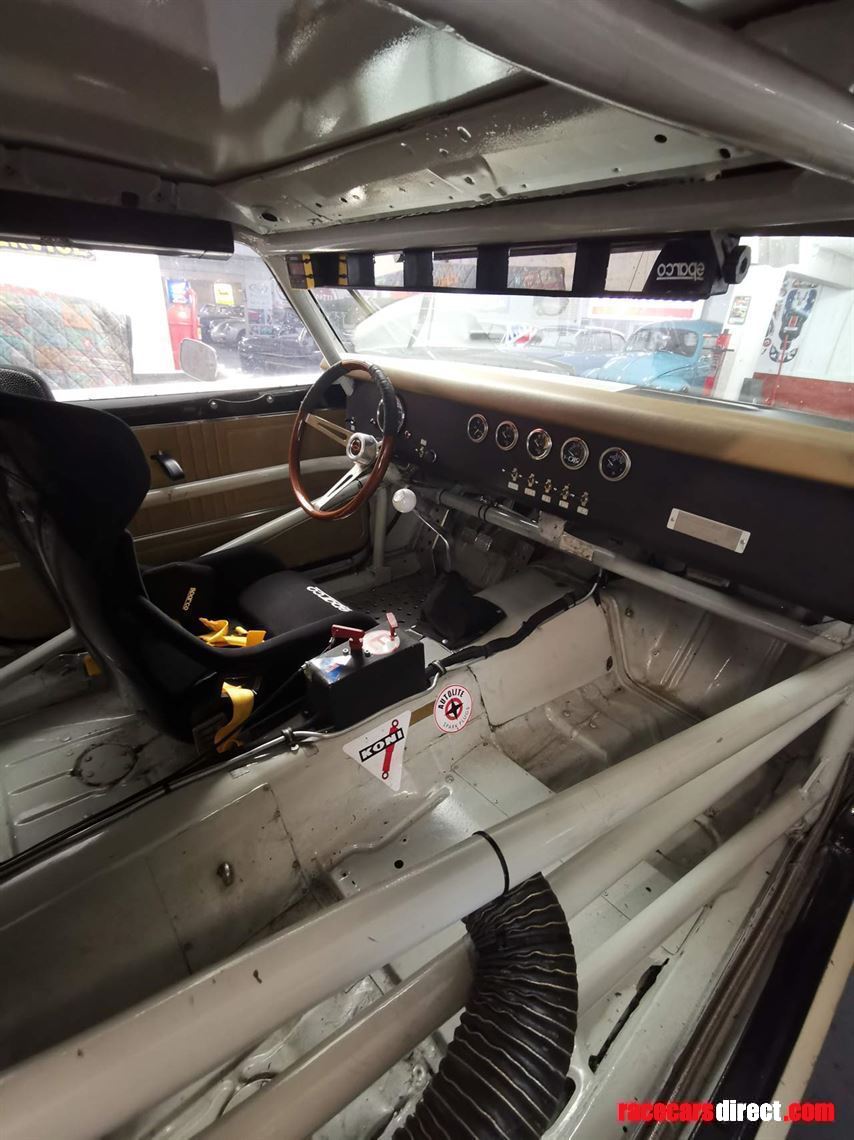 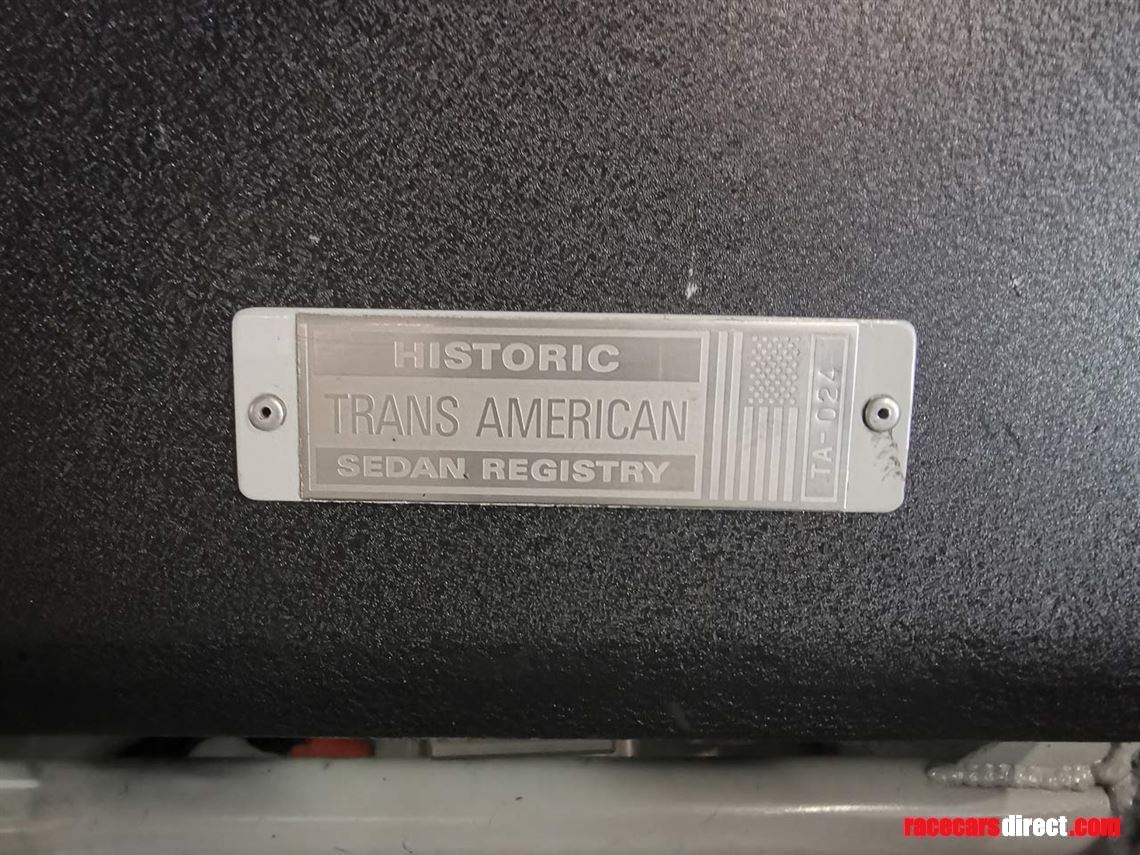 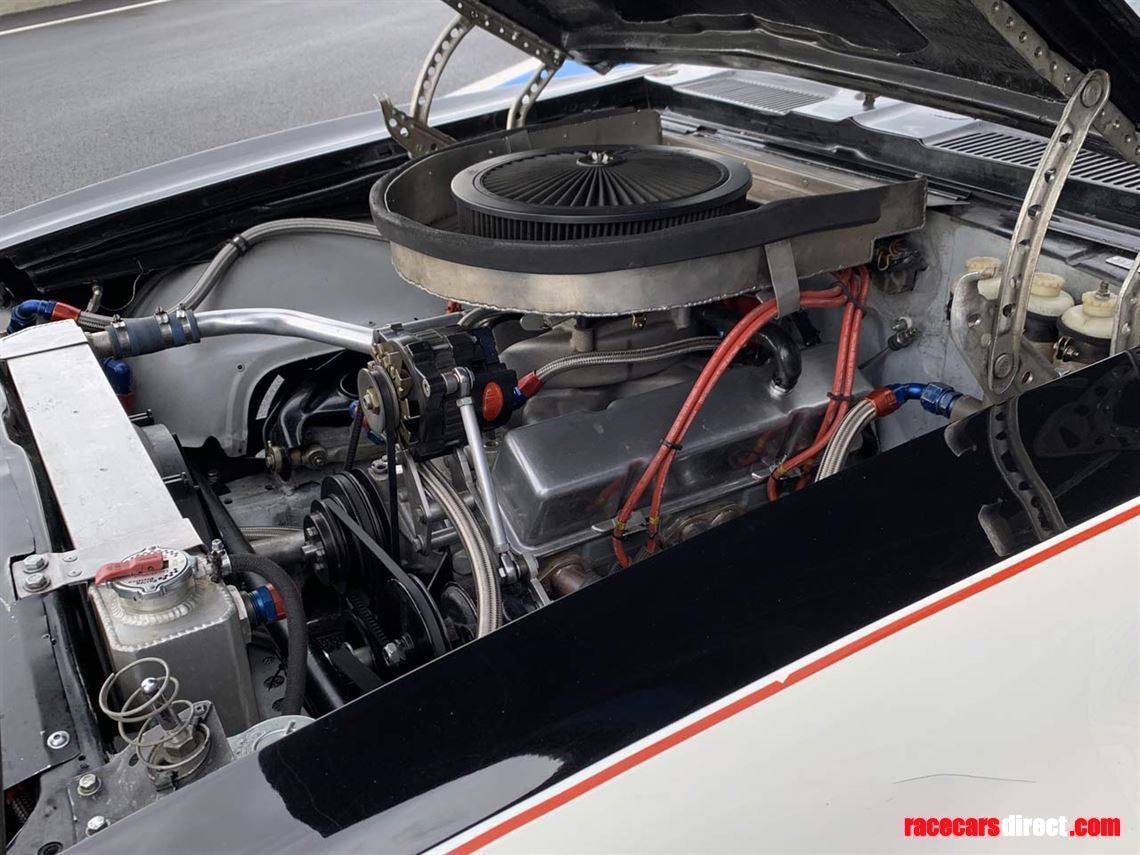 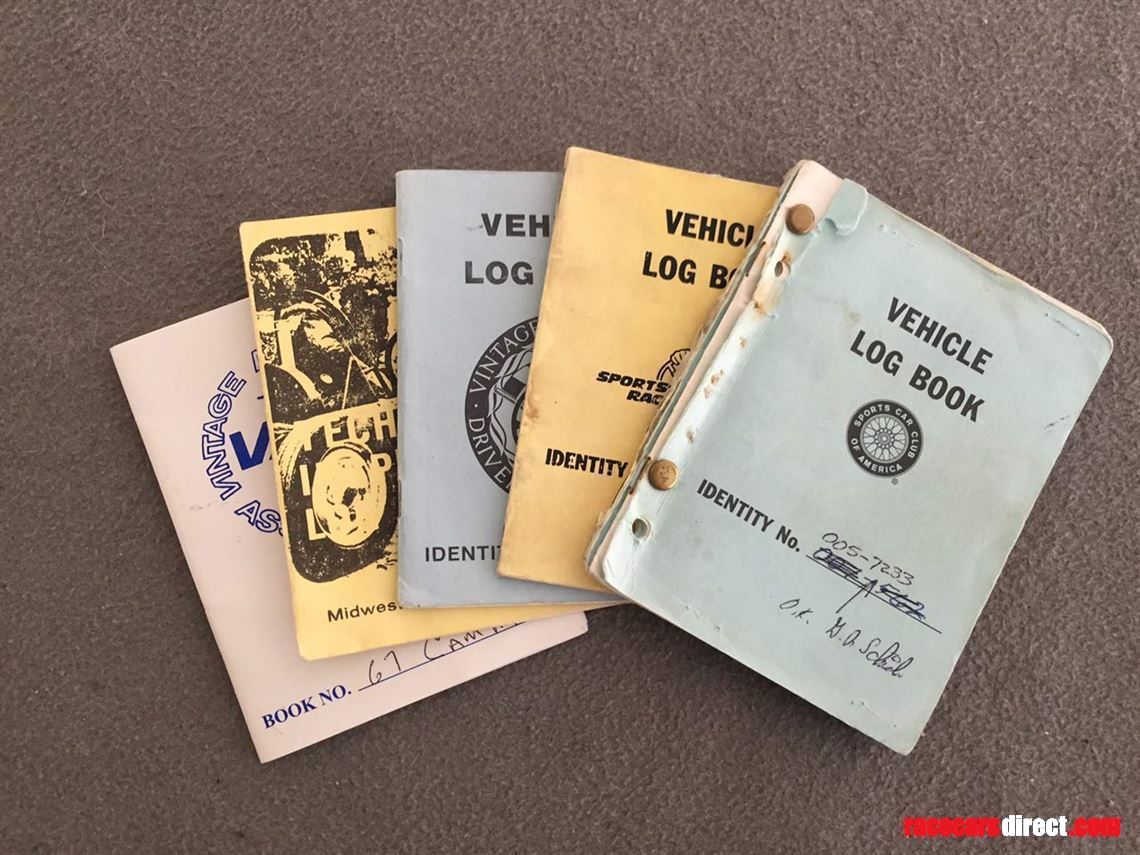 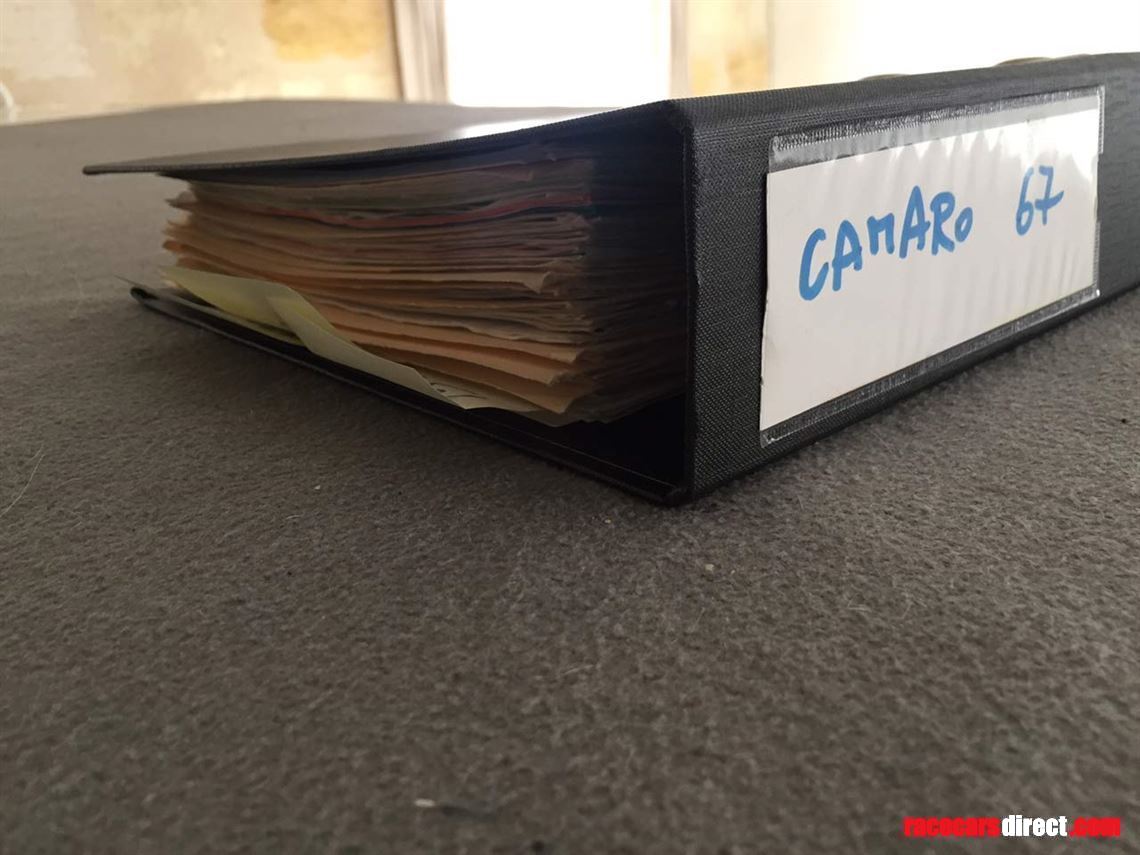 Purchased new in 1967 in Rome, NY. Earl Hurlbut then finished the race preparation to Trans-Am specs. He first raced the Camaro at Mosport, Canada by the end of 1971. In 1972, the car was entered in the SCCA A/Sedan championship at Mosport, Lime Rock, ... From 1973 to 1979, it was a regular in the SCCA A/Sedan championship at Lime rock, Watkins Glen, Blackhawk, Indianapolis, ...

It was first restored in 1987 to original SCCA A/Sedan / Trans-Am specs so as to be eligible for the US historic championship that then became more and more popular.

It was then entered more sparingly in the VARA championship.

In 2014, the car was imported to Europe, fully refreshed and entered in the Heritage Touring Cup championship by Peter Auto.

It is a regular top 10 finisher in the very competitive Heritage Touring Cup championship, and is certainly one of the fastest FIA Camaro in Europe. Very well developed over the last 5 years, it will be delivered ready to race with a fresh engine (1 race) Chevrolet 302ci, serviced gearbox, new bucket seat, harness, and fuel tank valid for the next two seasons.

It will also come with all its original logbooks, a binder with tons of race results, another binder with invoices and period technical documents and letters.

It can be inspected in Paris.

Highly eligible for any touring car championship like Heritage Touring Cup by Peter Auto, Historic touring car challenge in UK, Daytona and Sebring Classic but also for the Tour Auto.

An absolutely stunning example of the coveted 3.3-litre 964 Turbo.