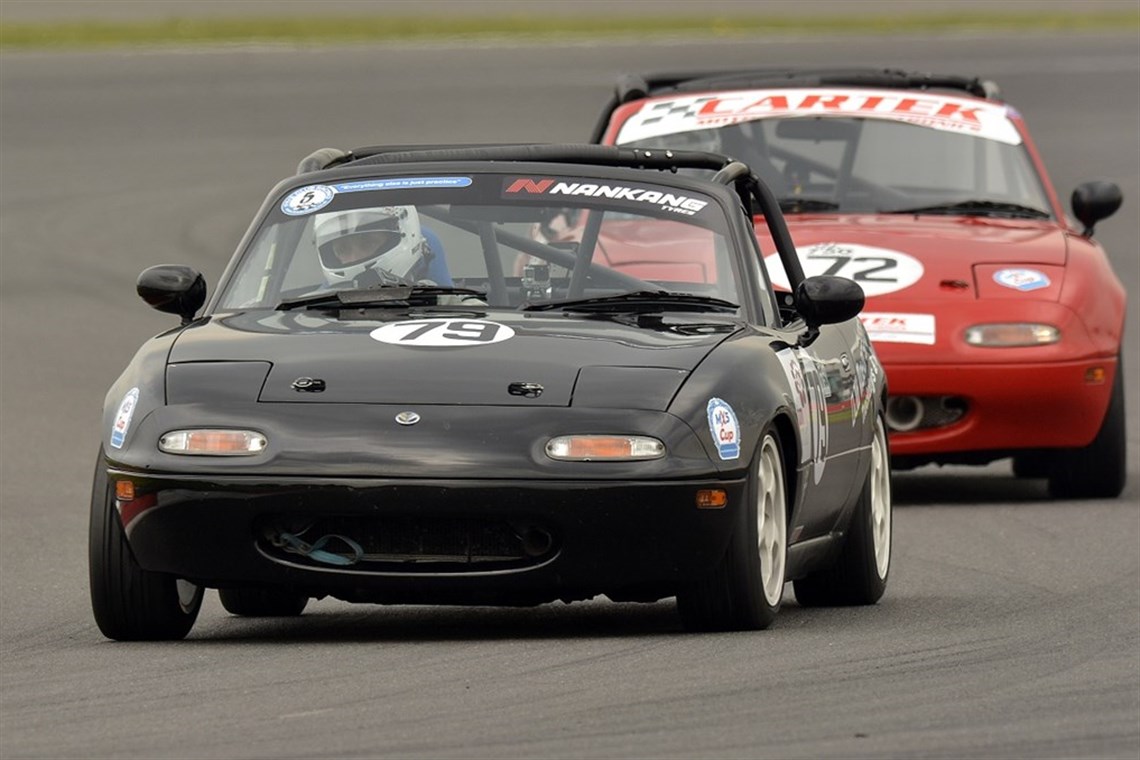 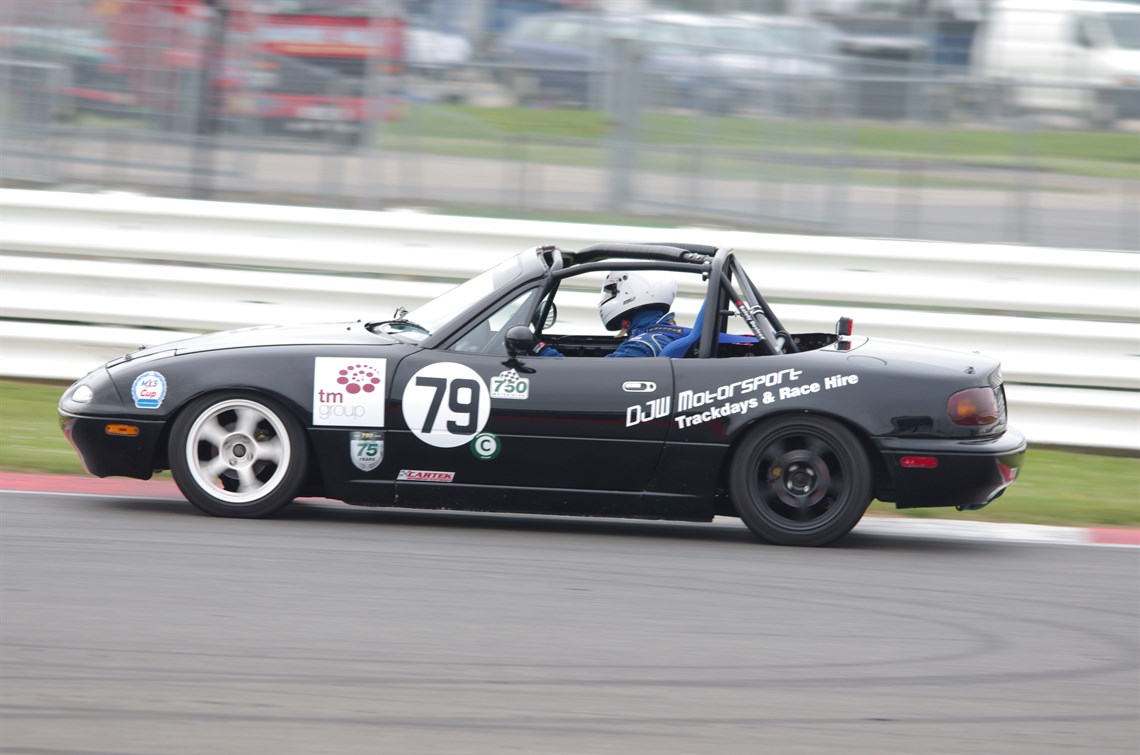 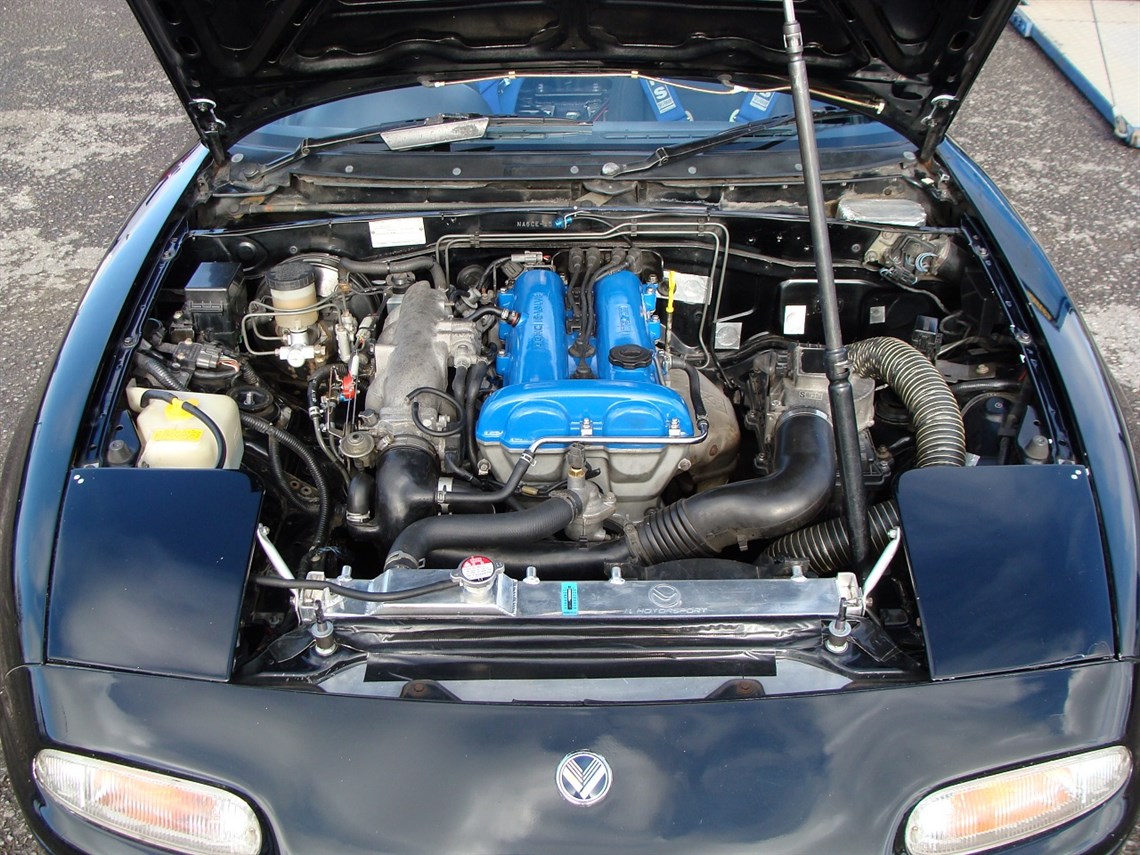 I bought this car in 2012 as a tidy road car with around 100k miles on the clock.  I then stripped the car down before handing it over to DJW Motorsport for a professional rebuild to MAX5 Racing regulations.  I want to stress that this build was completed to a very high standard and no corners were cut.

Originally the car was intended for trackdays but I've raced it since 2013 in a number of series and championships - although predominantly in the 750 Motor Club Roadsports series (multiple top 3 finishes in class) and 5Club Racing series/championship.  DJW Motorsport have meticulously prepped and run this car at all events.

I've avoided contact during races and all bodywork blemishes are down to age or the cars previous life.  The only points worth mentioning are some crazing on the rear bumper and a poor repair on the N/S front wing.

It's a quick car and we've had a decent Mazda racer test it for us and prove that the car is capable of top 3 lap times around Castle Combe circuit.

If you're only looking at this as a track day car, then it's quicker than a standard Lotus Elise and pretty much one of the fastest cars through the corners!

The car is presently running in 5Club Racing trim with the throttle restrictor plate.

In early 2013 a skimmed head and 42mm core radiator were installed and the air flow meter tuned (original bare head is available).

In early 2014 the bottom end was inspected and the cylinder bores showed almost no sign of wear.  At this point new big end bearings were installed as a precaution.

Power wise it's running at around 130BHP without the throttle restrictor.

I'm open to reasonable offers and the £5,500 reflects the quality and care of the build and preparation of the car and the fact that it's not been used as a bumper car during races.  Please call James on 07496 011595 to discuss.  Car is based in Swindon, Wiltshire.

If you happen to be selling an R53 Mini Challenge, Mini Super Cooper Cup or Clio 172/182 race car, I'd be interested to hear from you too!

The nicest example of a Championship MX5 you'll find.