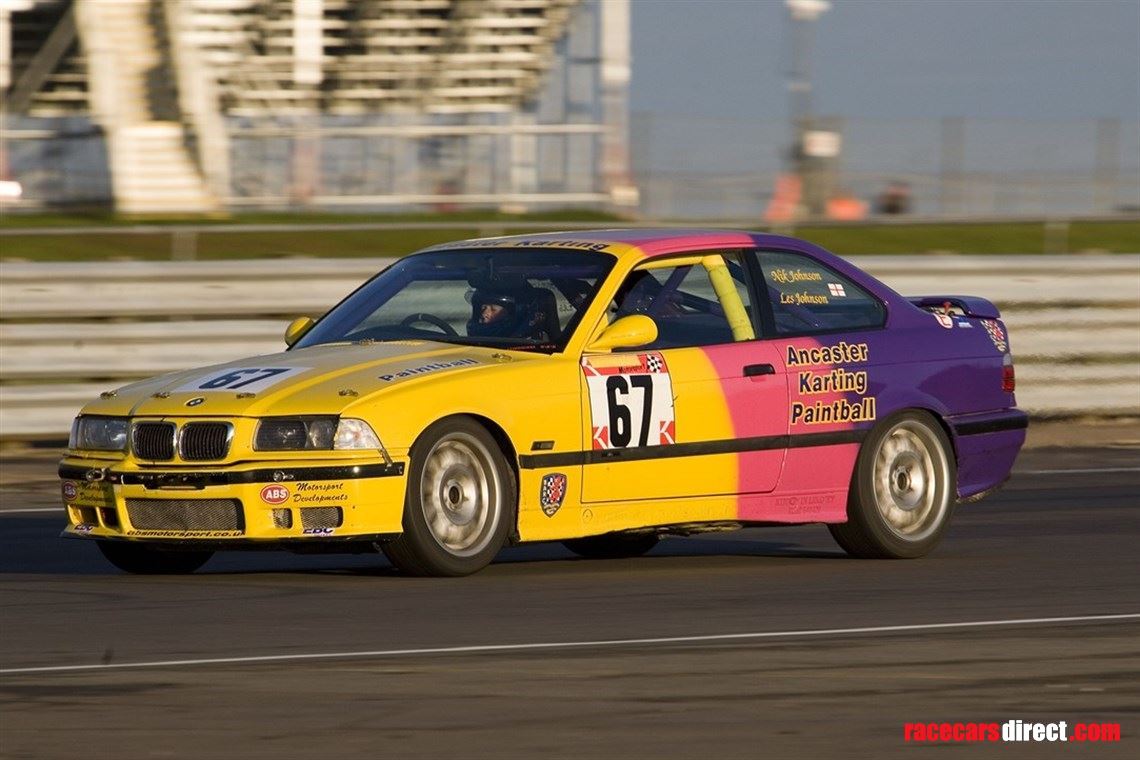 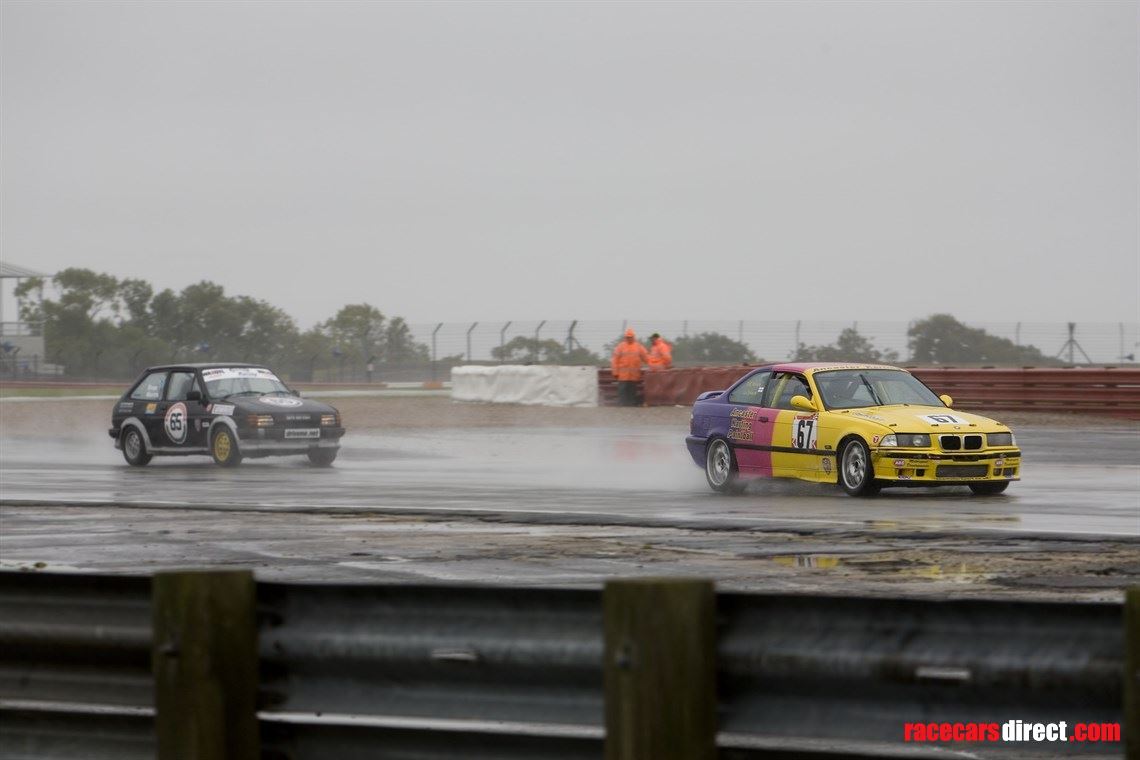 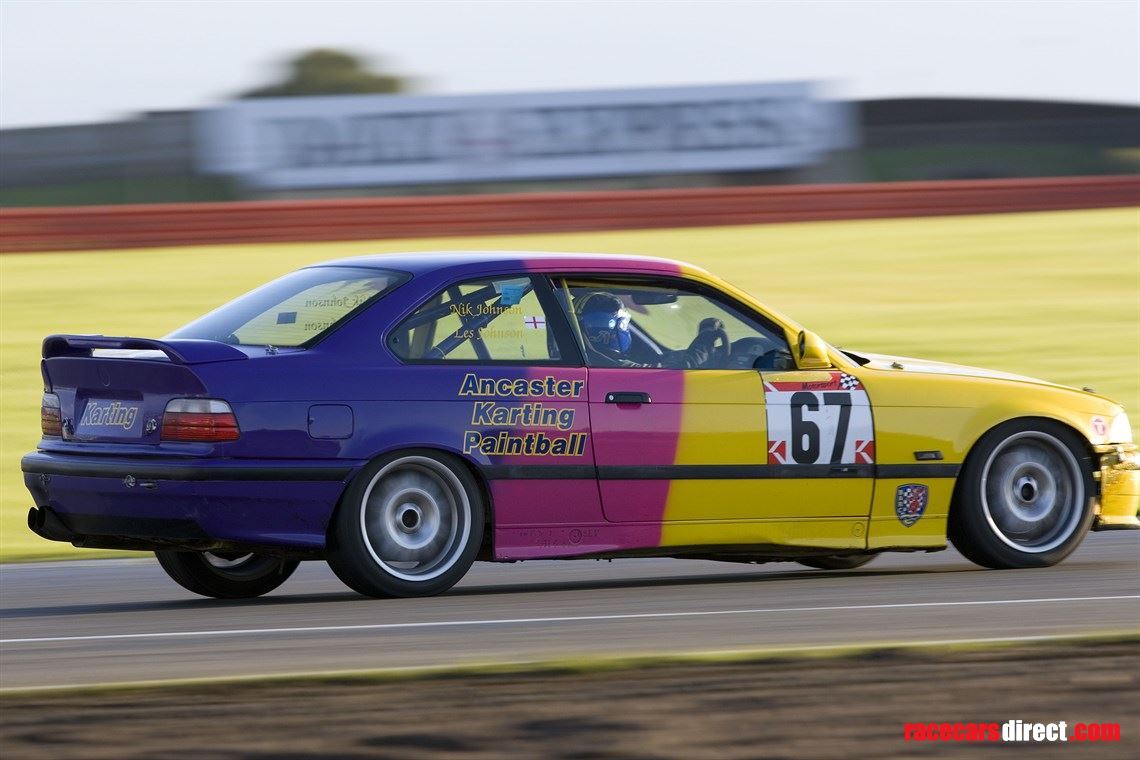 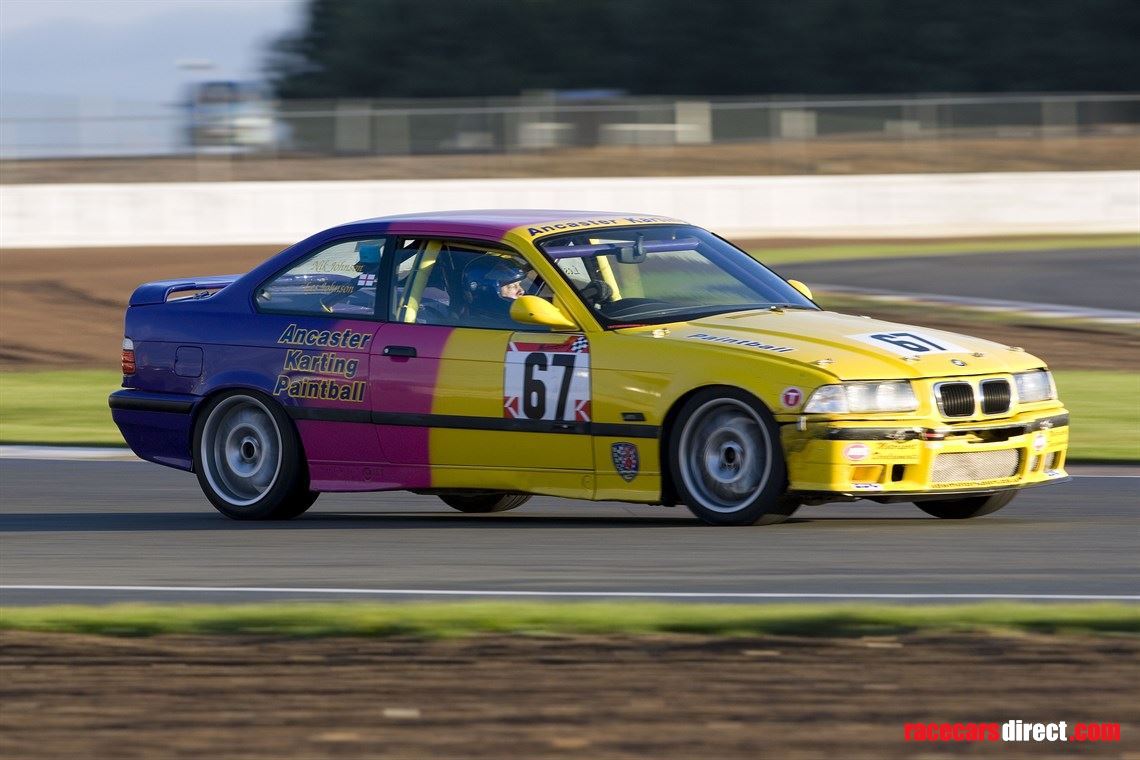 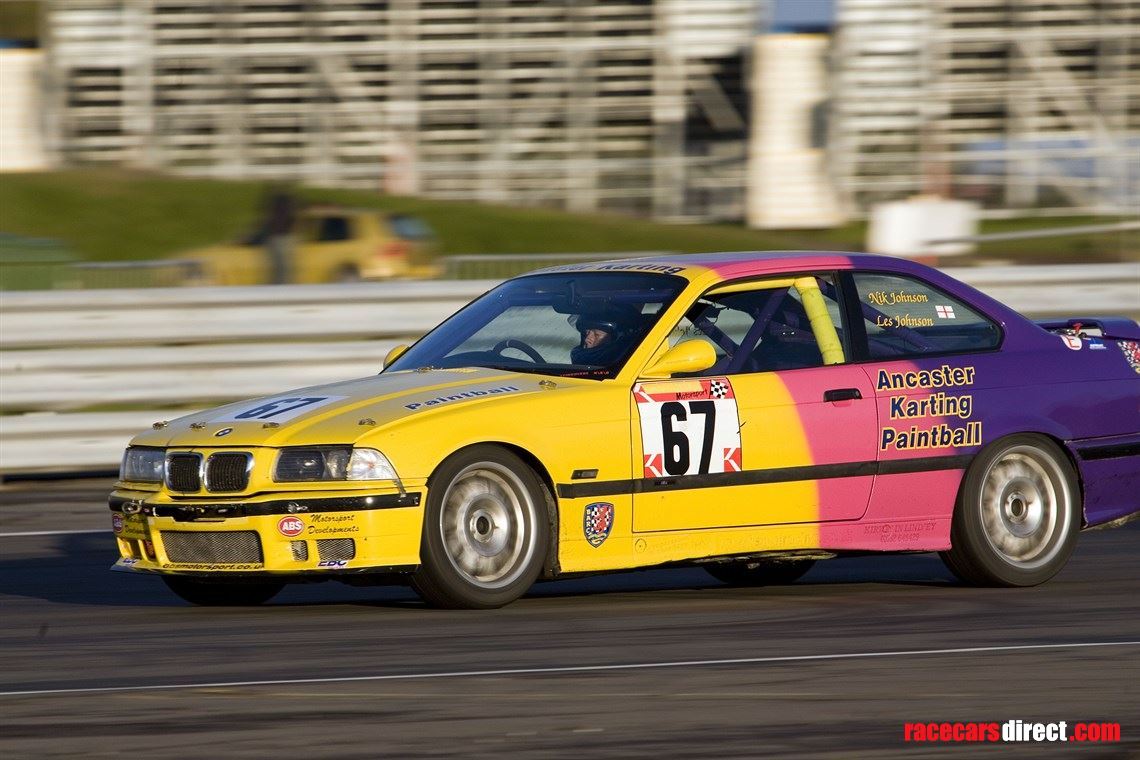 Built in 1998 By Martyn Bell Racing and Geoff Steel Racing.

Purchased by me, an elderly club racer from storage in 2006. Raced in only a few races in 2008 and 2009 in Rre 93 or all-comers finishing fourth and third in my last two races. Unraced since but used at Goodwood for a track day.

Excellent engine 3.00 ltr race built. This car was state of the art in its time and is just as good today and eligibility for pre 93 racing where it is ultra-competitive and a sure race winner with a quick driver.

I have it stored in my basement and as I am now drawing my pension, I think it is time to let it go! Loads of spares / wheels/ bodywork/ some new tyres etc.

There are too many mods to list but it is fully legal for pre 93 and a time warp car. Geoff Steel Racing are top people for BMW preparation and this car was the pinnacle in its day, driven by Martyn Bell to win the Prestigious BMW Kuhmo Championship.

This car is eligible for many series and with a small amount of recommissioning, would become a race winner again.

I now need to sell this car and have drastically reduced the price to move it on.

Significantly reduced for a quick sale to just £12000.

Currently build for KUMHO Championship specs but legible for many other race series.

Large range of new and used DBRS9 parts. Including an engine, prefer to sell as a package.

Thinking of selling your Race Transporter?