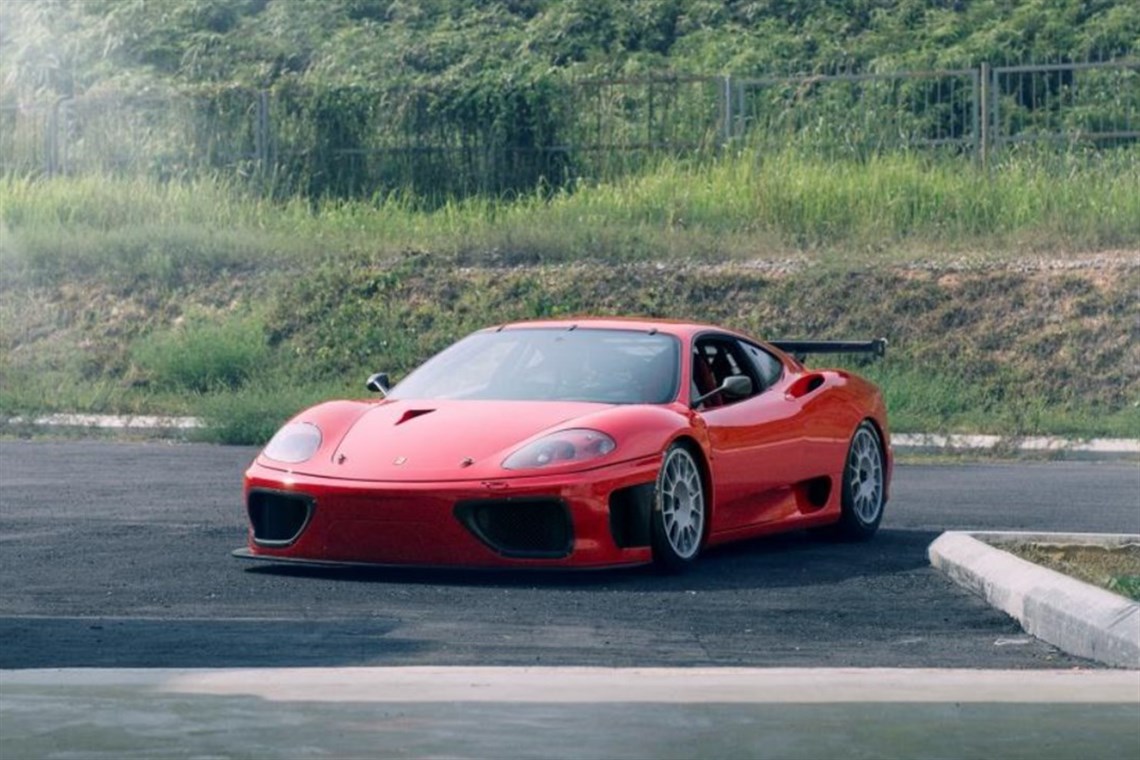 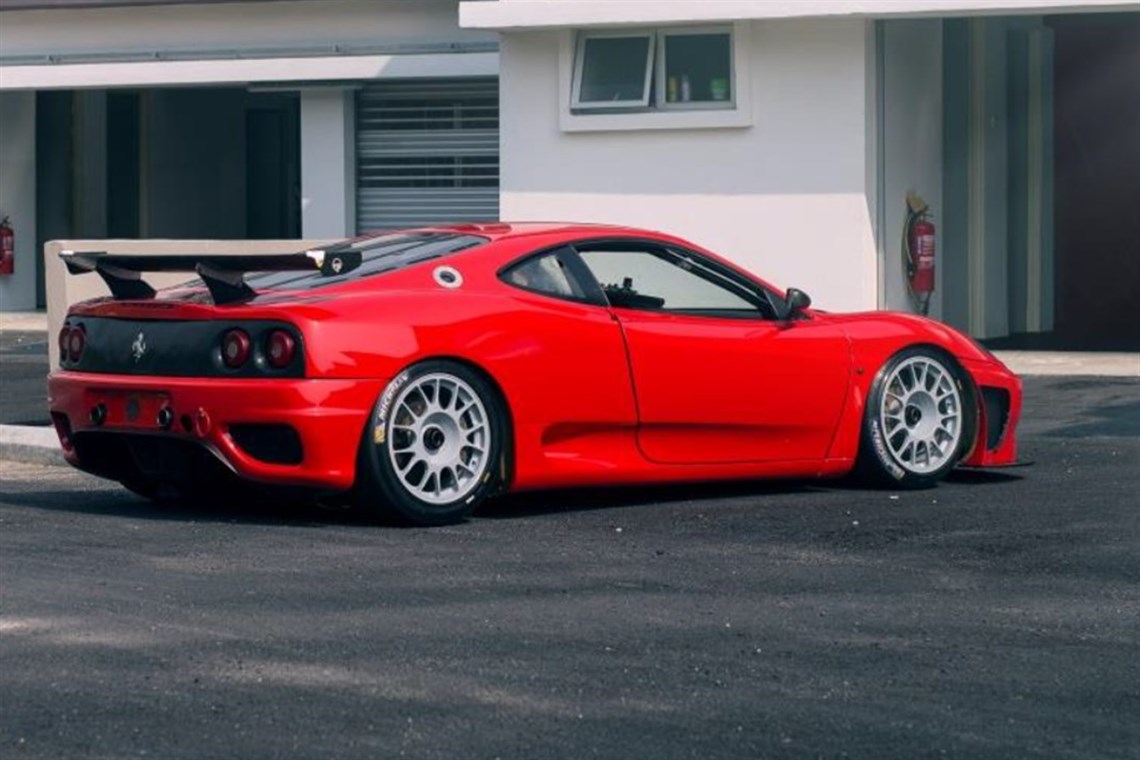 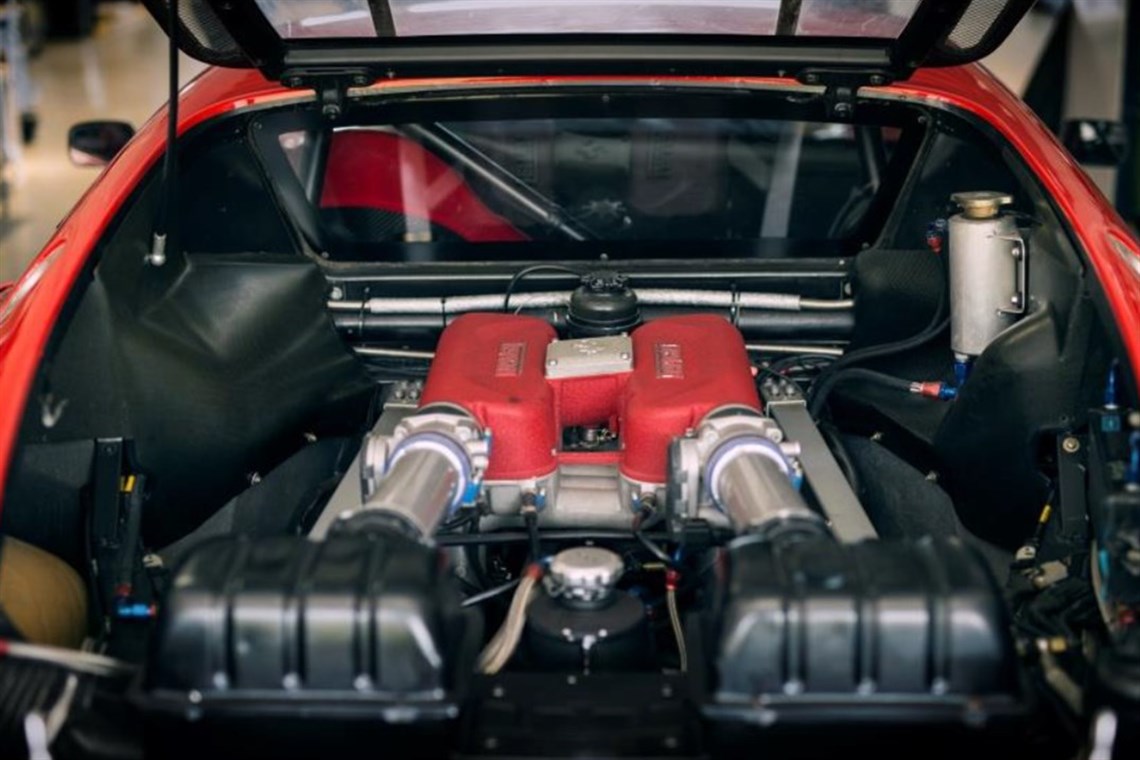 Sold through the commission sale service from racecarsdirect.com

Can we help sell your race car?

ONE OF 16 N-GTs PRODUCED BY FERRARI AND MICHELOTTO

The 360 Modena, the road-going successor to the F355, was unveiled in late 1998. The new car made leaps and bounds in all areas over its predecessor. Most notably, an all-new aluminium space-frame resulted in a ten percent reduction in weight and a nearly 50 percent gain in structural rigidity. This new stiffness dramatically sharpened the mid-engined Ferrari´s handling, while its curvaceous Pininfarina-penned styling was a dramatic departure from the usual Ferrari from that had been seen over the past few decades. The Ferrari 360 was the model that was trusted to bring the famous automaker into the 21st century.

Following on from the wildly successful Ferrari client program that began with the 348 Berlinetta, the Ferrari Challenge series continued to grow with each passing generation. After the introduction of the 360 Modena and subsequent 360 Challenge cars, many customers were lusting after a true race car from the Italian marque. They sought the assistance of their Padova, Italy based service center and long-term race car developer Michelotto Automobili and in early 2000, Michelotto began the development of a pure race version of the 360 Challenge car that would meet the FIA’s new “N-GT” class rules.

Using a 360 Challenge donor car as the base, power was boosted to 430hp, which was astounding given the 30.8mm air restrictors that were attached to comply with the FIA GT championship. Along with the power boost came a six-speed sequential gearbox that could rifle through each gear in fractions of a section. Suspension was also lavished with attention, by fitting stiffer shocks and springs, along with an adjustable anti-roll bar and removal of all unnecessary weight. Together with its wider fenders and spoilers on each end, the 360 N-GT managed to tip the scales 200 pounds lighter than a 360 Challenge at just over 2400lbs. With a high power output and low weight, the 360 N-GT delivered incredible performance on the track, which was surely a delight to all owners and drivers.

The vehicle on offer here is chassis N-GT 005. This car was ordered new by Giusseppe Risi’s Ferrari of Houston for a private client / collector. This particular 360 N-GT has never been professionally raced. This car has been used sparingly and conservatively at private track events and has always been maintained without consideration for cost or expense. The car was also upgraded to the all new Michelotto “GTC” specification engine (Engine No. 04.), making it an even rare example among already restricted build number. After being with its current owner in a private collection for nearly ten years, this perfect is now up for sale. It retains its cherished status, having only been used for classic events and for concourse display. This is the car the brought Ferrari back to competitive glory in the GT category and now is the chance to own one of only 16 Ferrari 360 N-GTs officially produced by Michelotto. This has to be one of the finest examples in existence, matching even that of the first chassis that is on display at the Ferrari Factory in Maranello. With a limited production run and success in the 2000-2005 FIA GT Championship Series , the 2002 through 2005 Grand Am Championship Series, American Le Mans Series and having notable finishes at the 2002 and 2003 24 Hours of Le Mans, the pedigree and exclusivity of such a car is almost impossible to match.