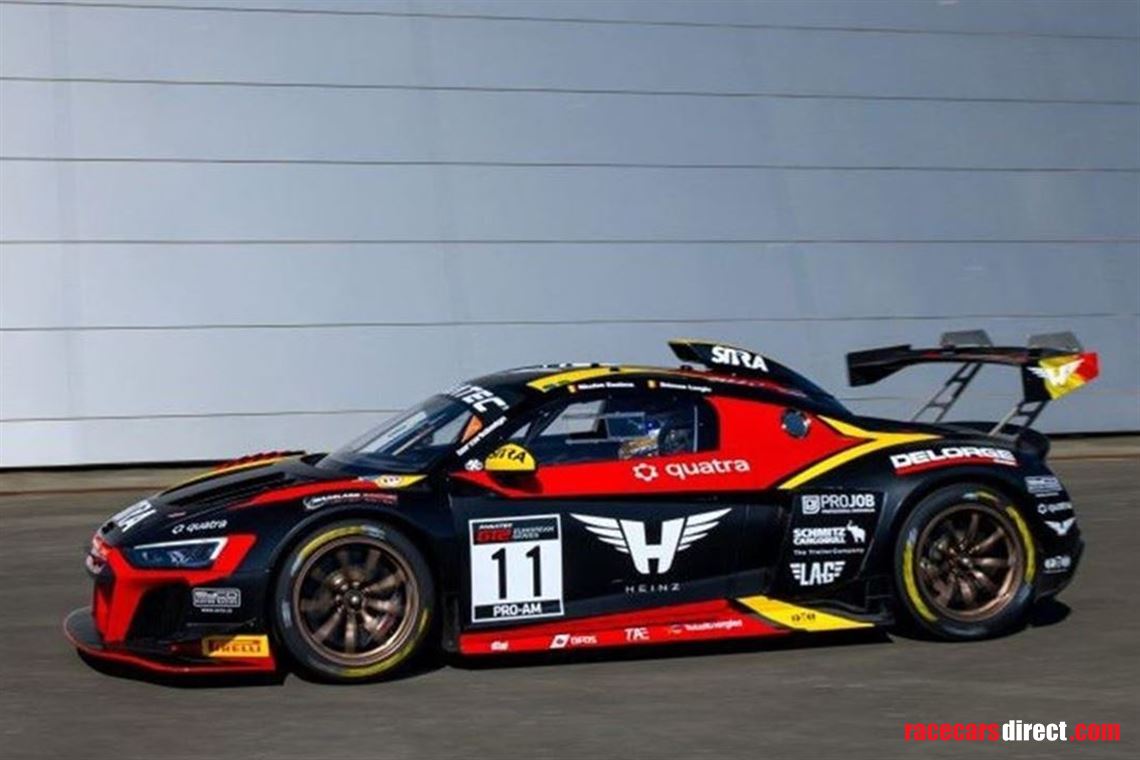 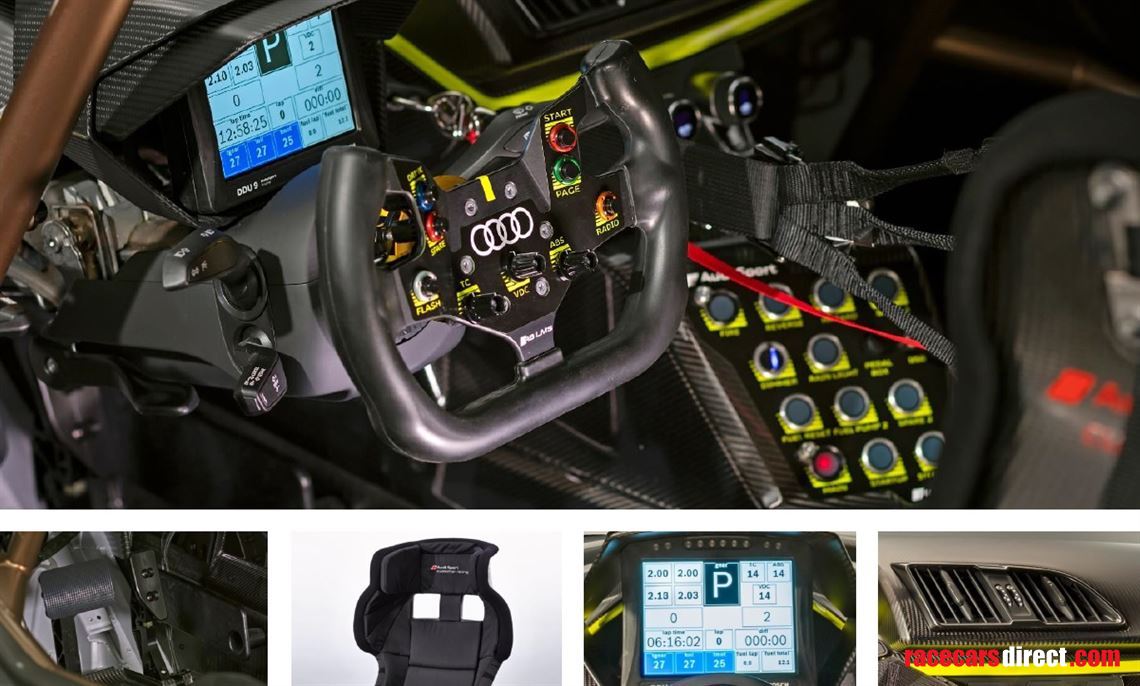 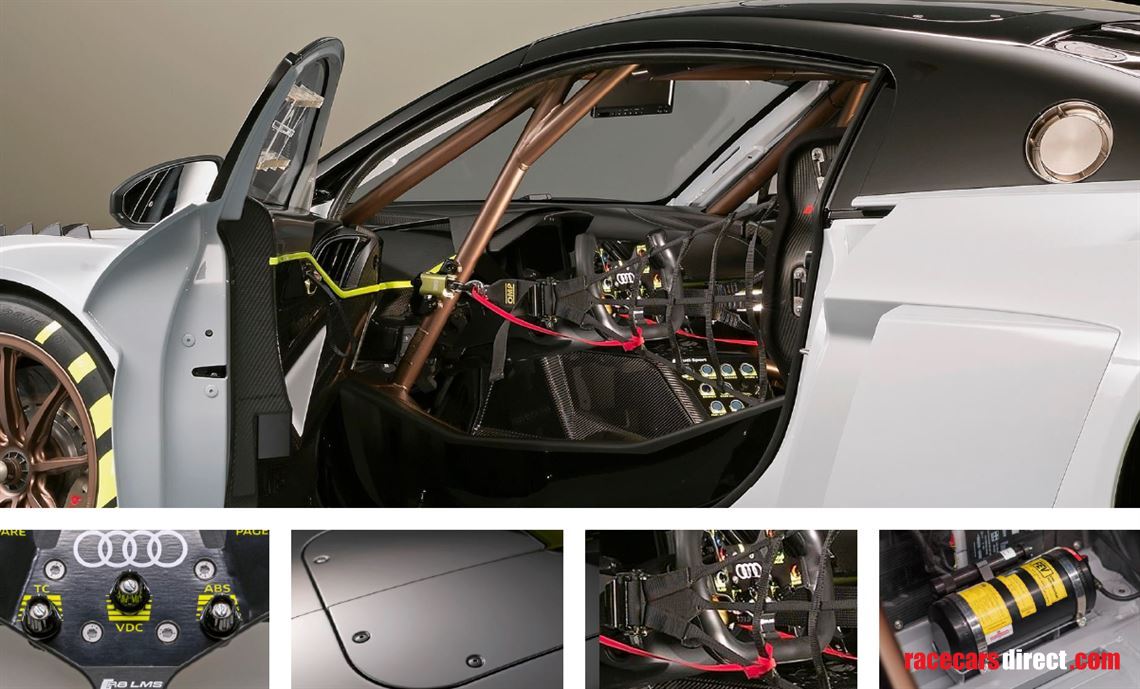 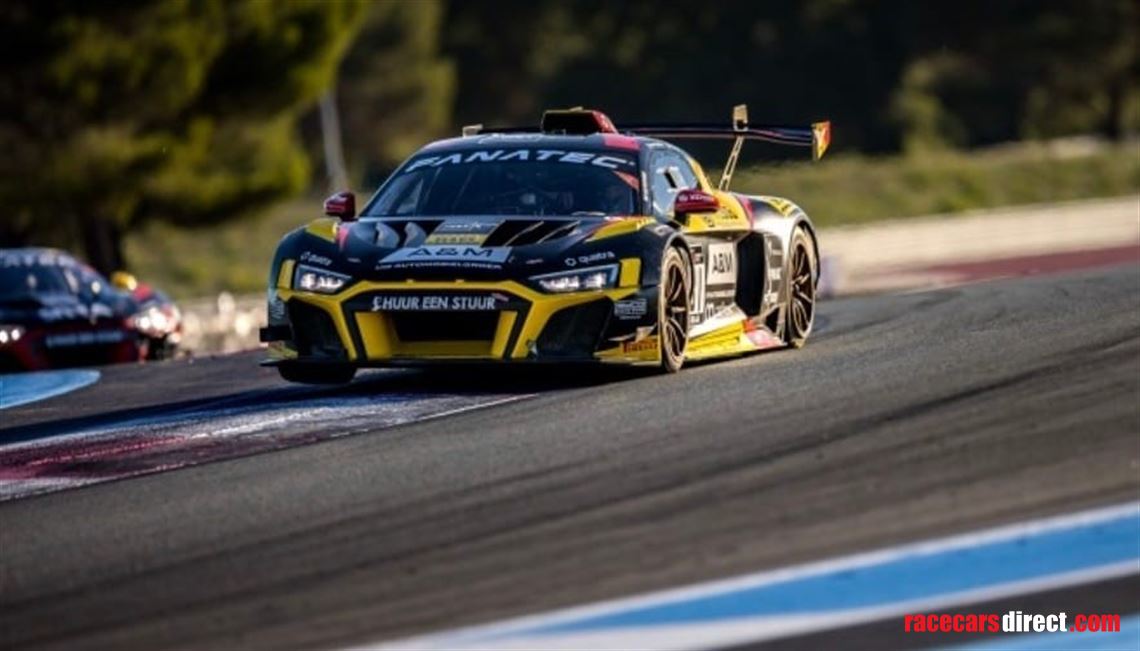 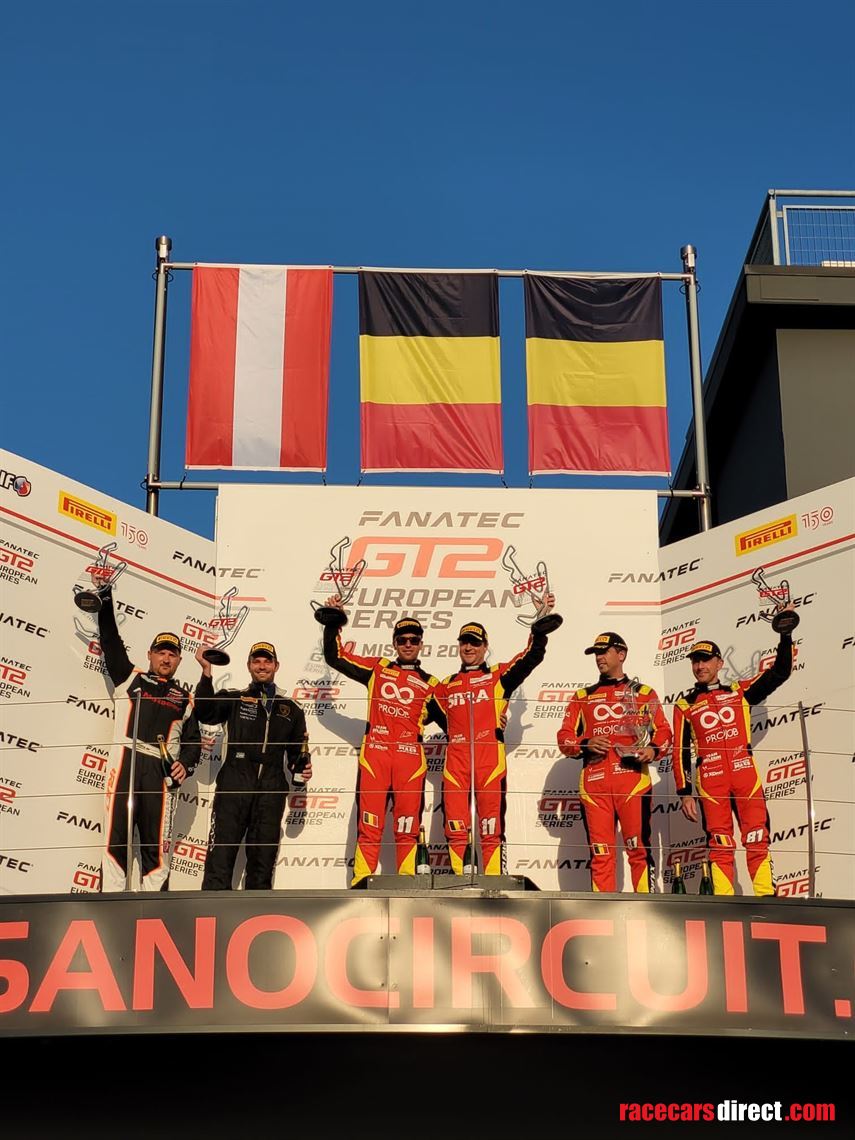 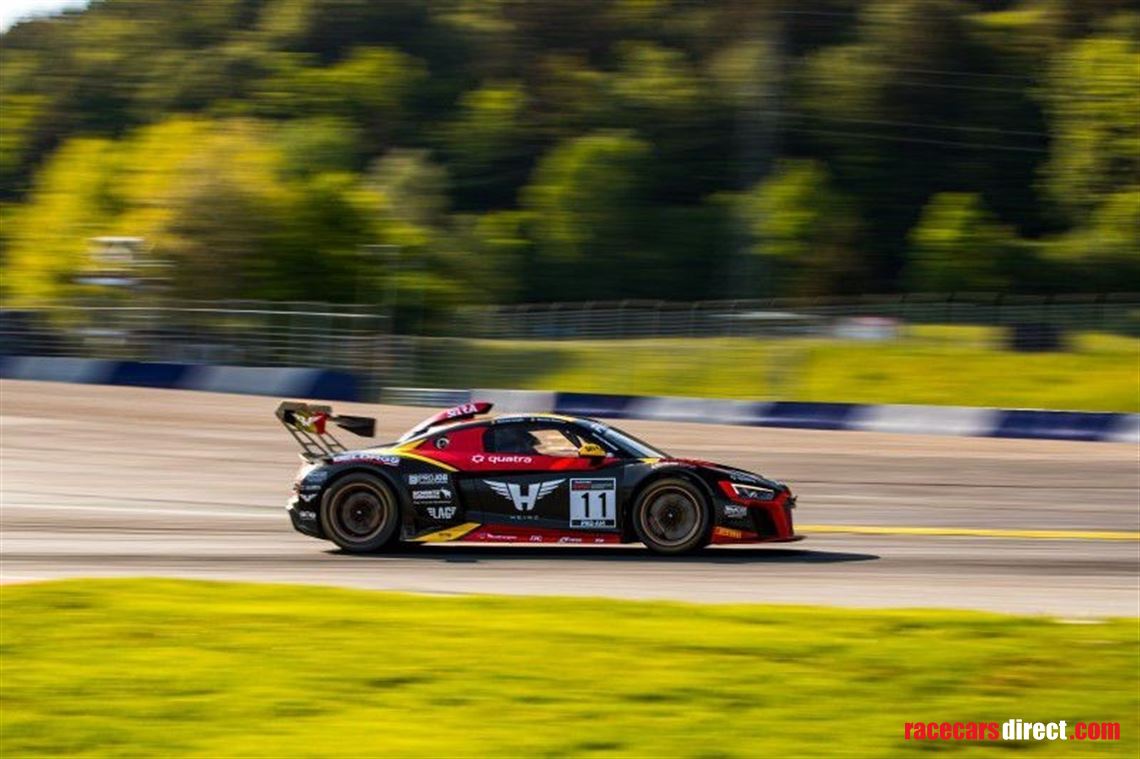 Car is ready to race and can do a full season of racing without any major overhauls.

Including starter pack and 3 set of wheels

640Hp (more than a GT3 car, with less downforce, so easier to drive for non-professional drivers).

Audi produced a maximum of 100 of these GT2 cars.

GT2 has a nice European championship and is eligible for many national GT championships like Belcar. The car can run in the Creventic series like Dubai 24hours in the GTX class which we won. (and all other races such as spa 12h, Barcelona 24h, …

GT2 class will be a new class in Intercontinental GT by SRO as well in Spa 24h as well as Kyalami and Bathurst 12h.