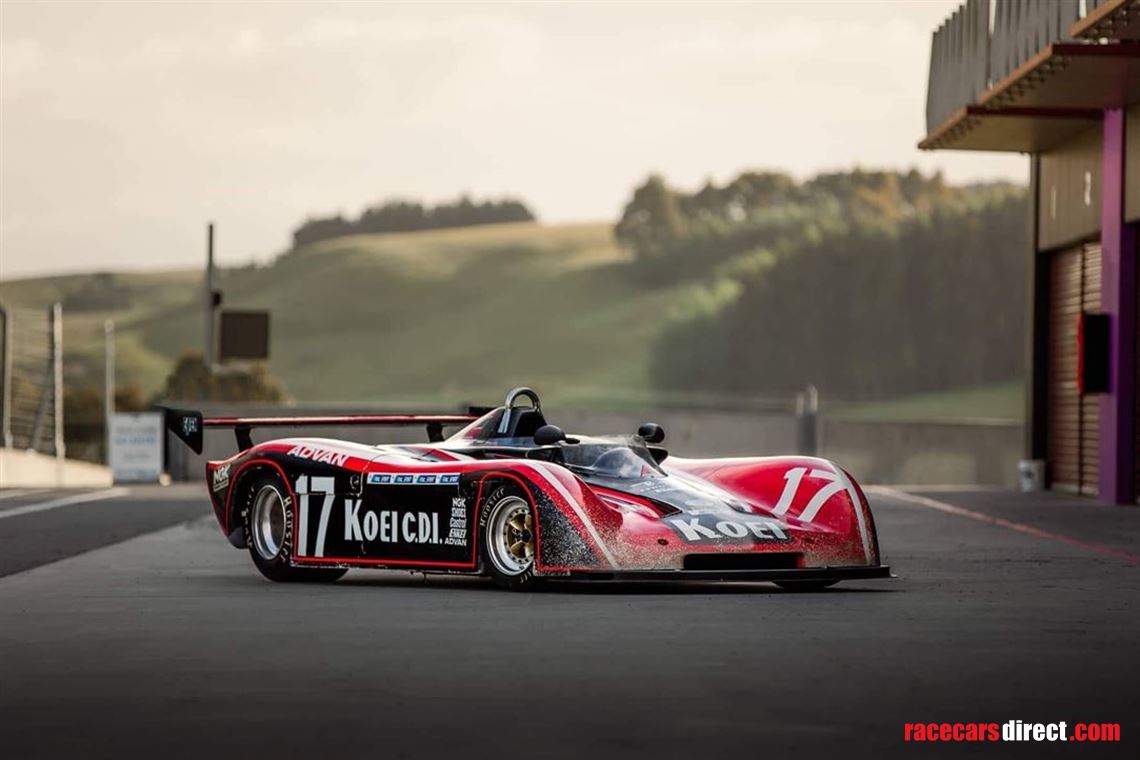 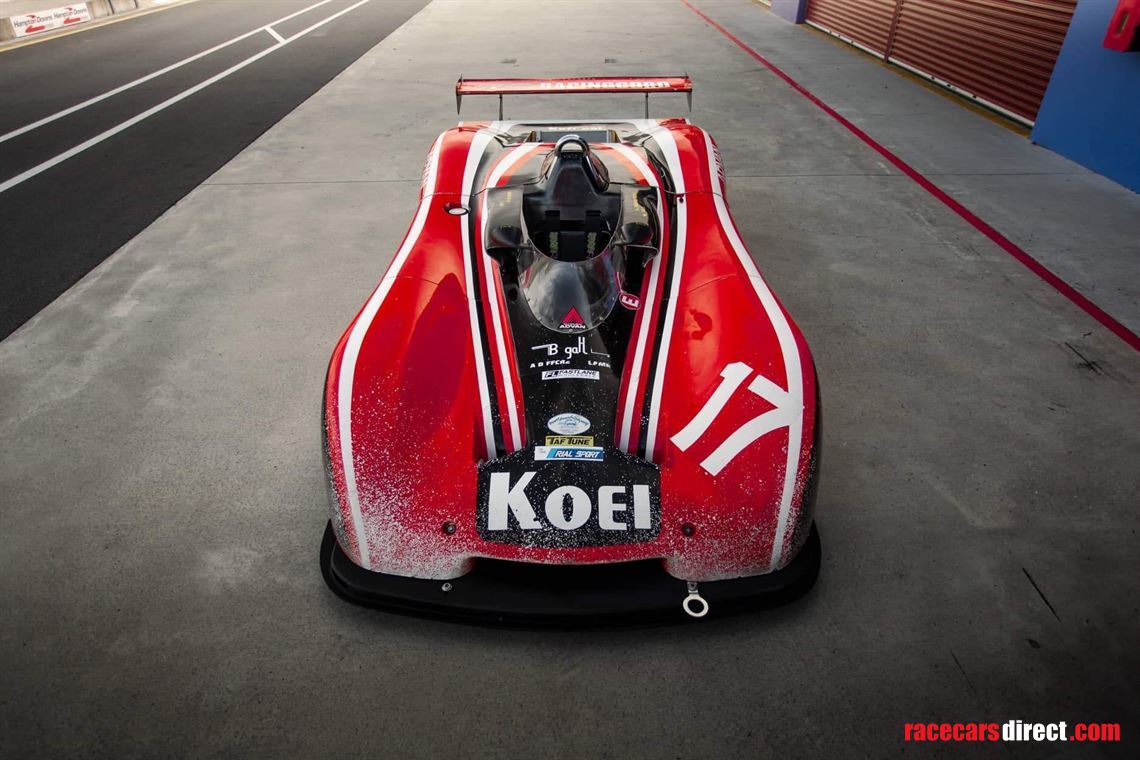 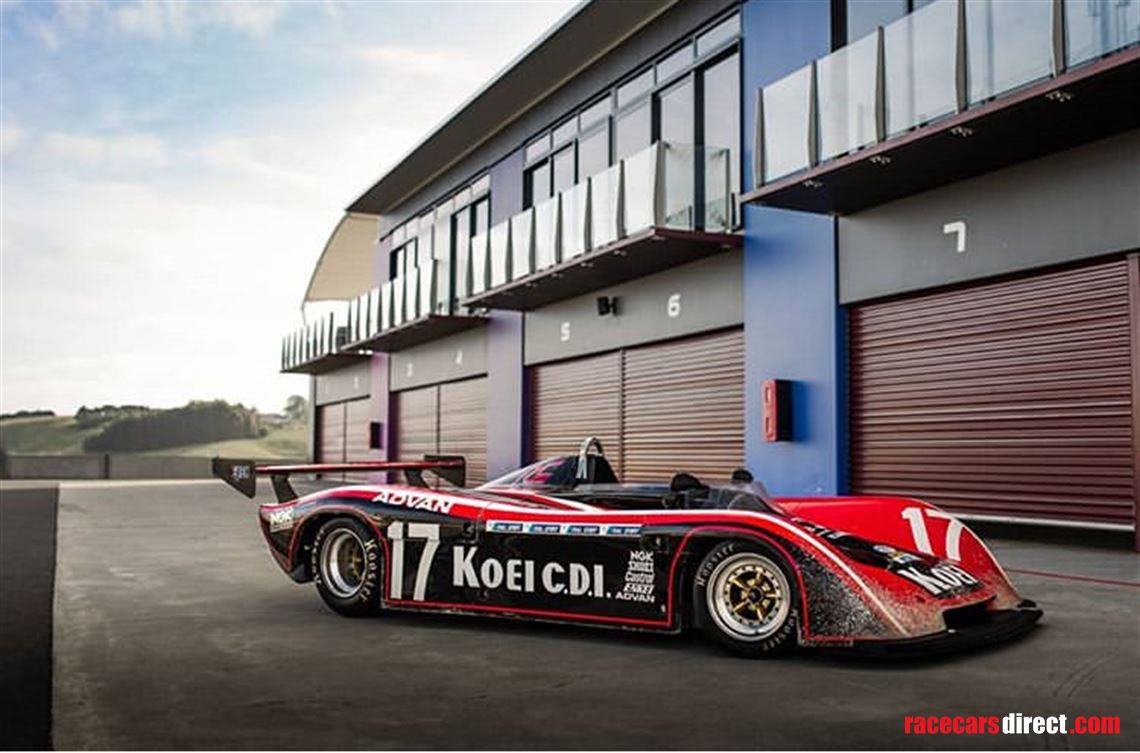 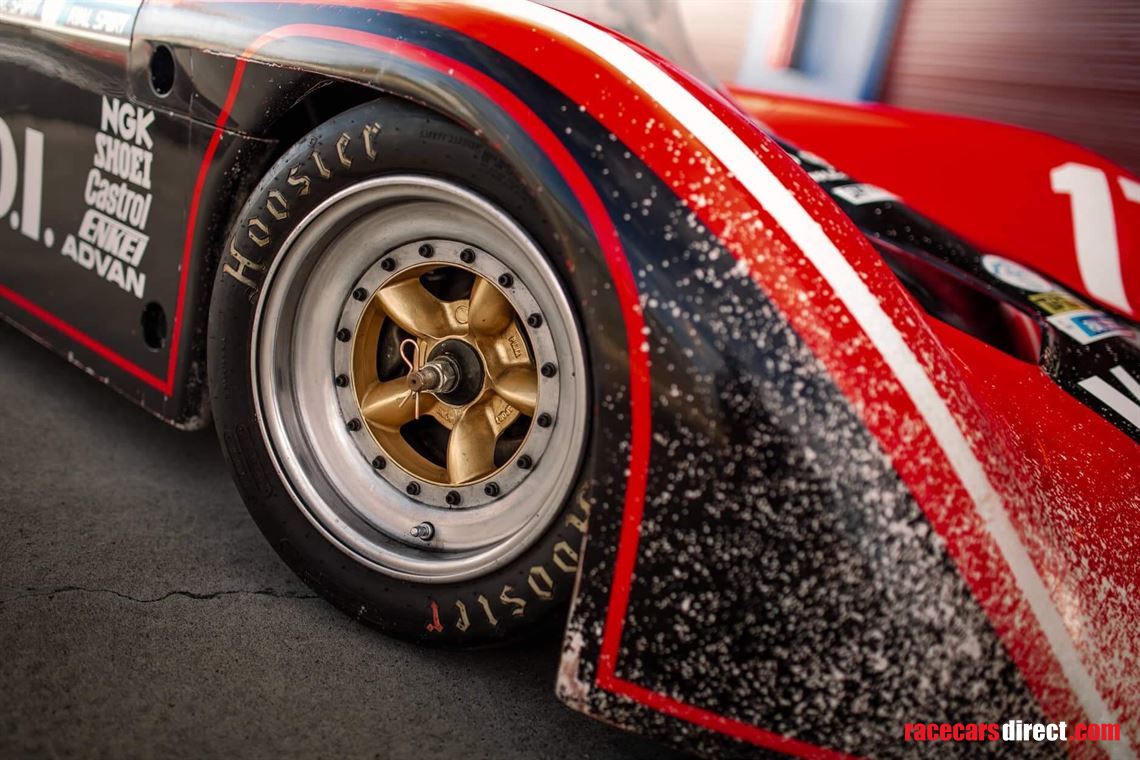 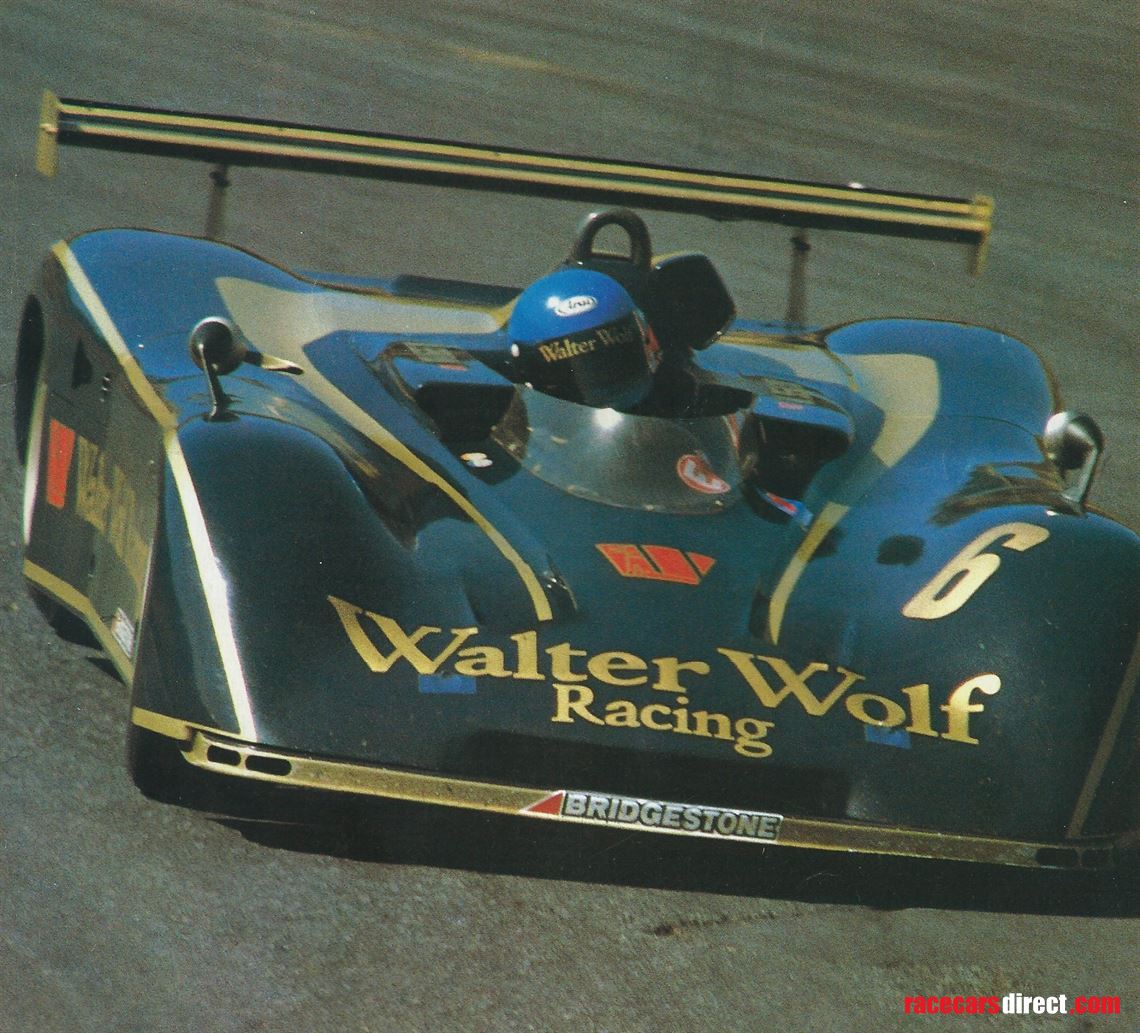 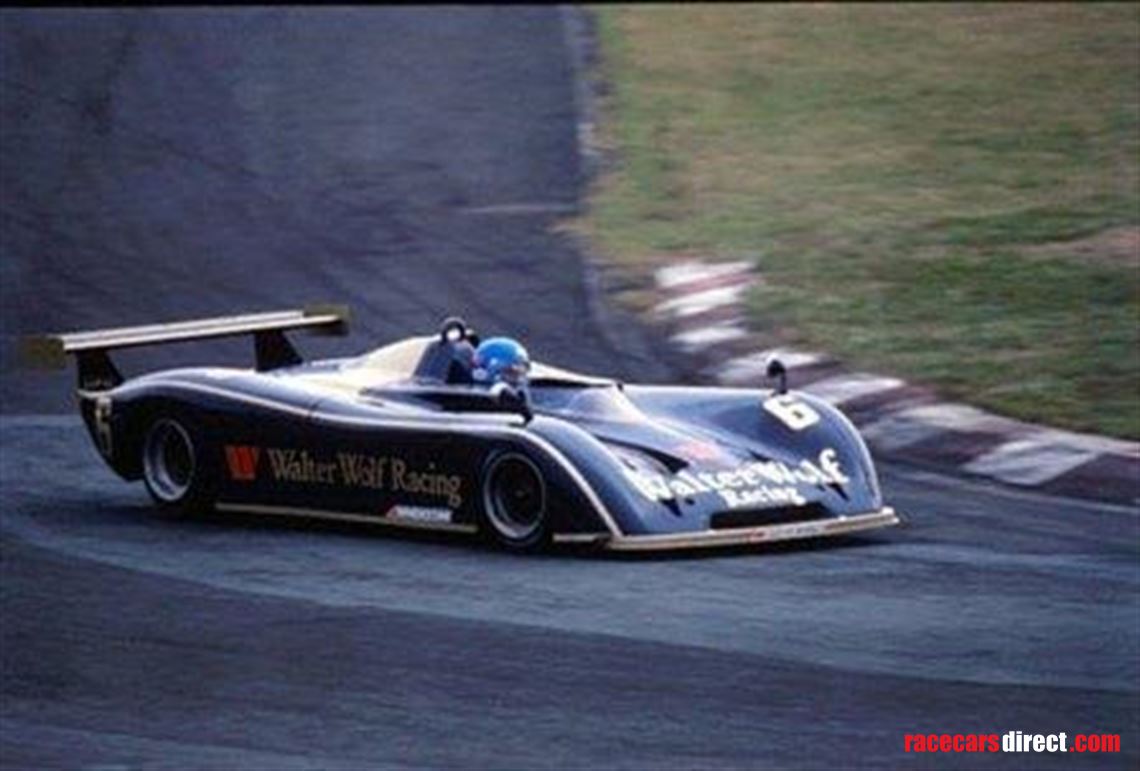 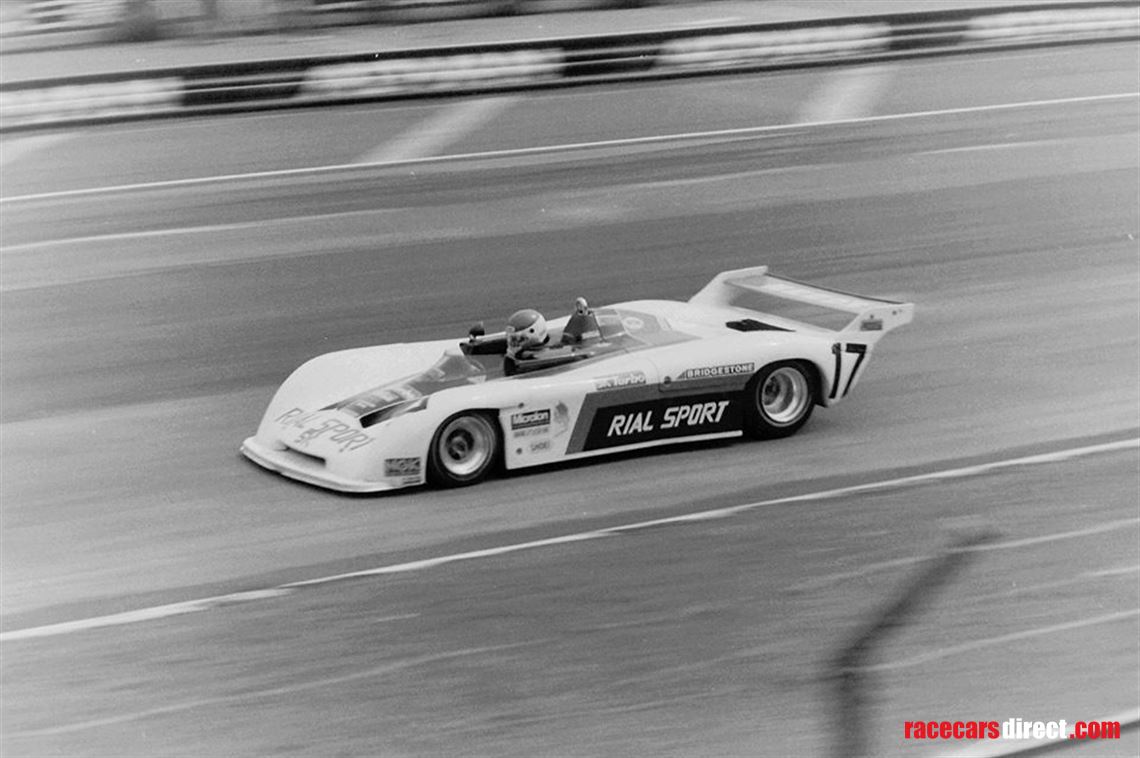 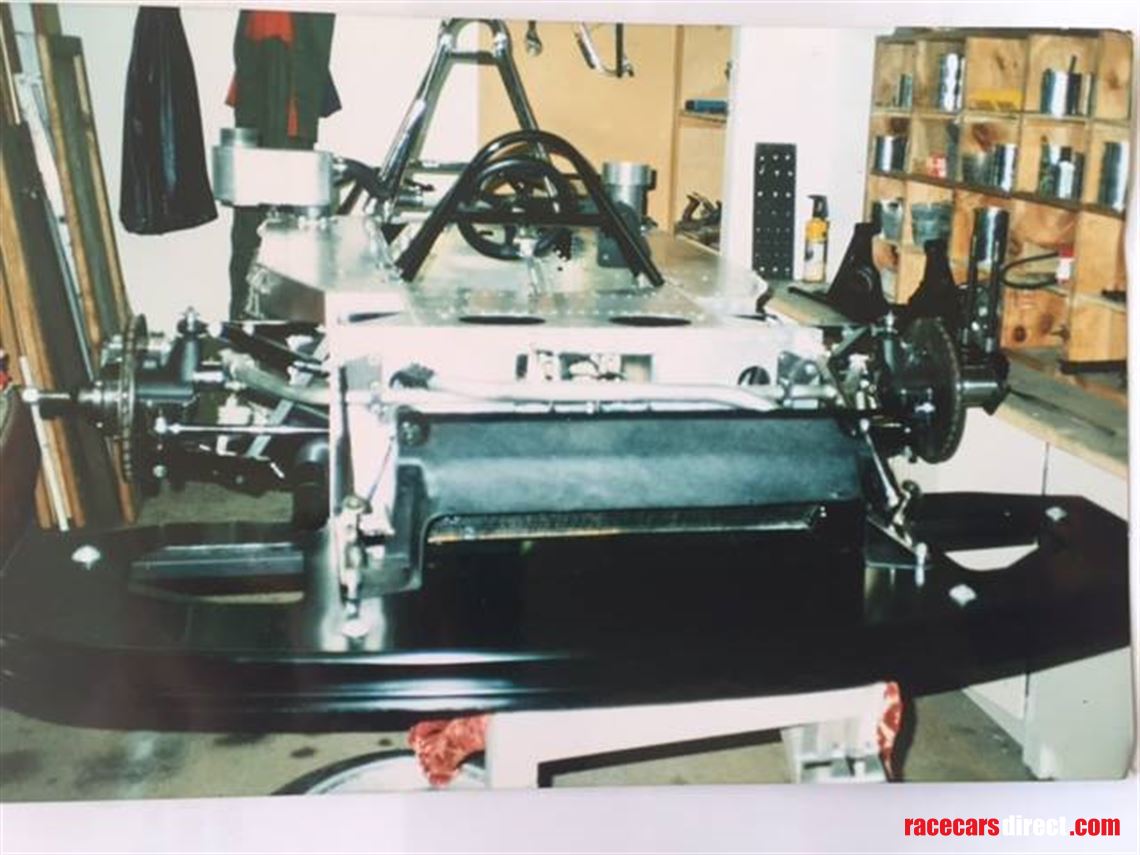 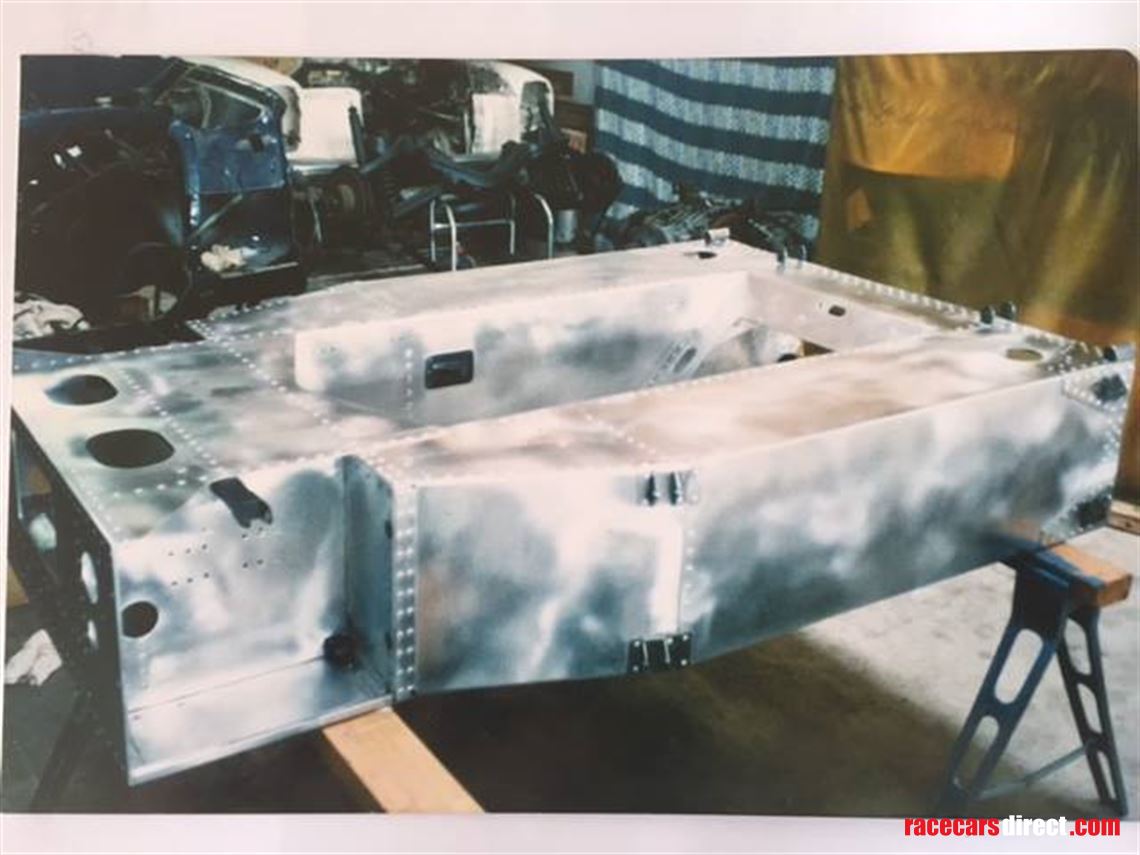 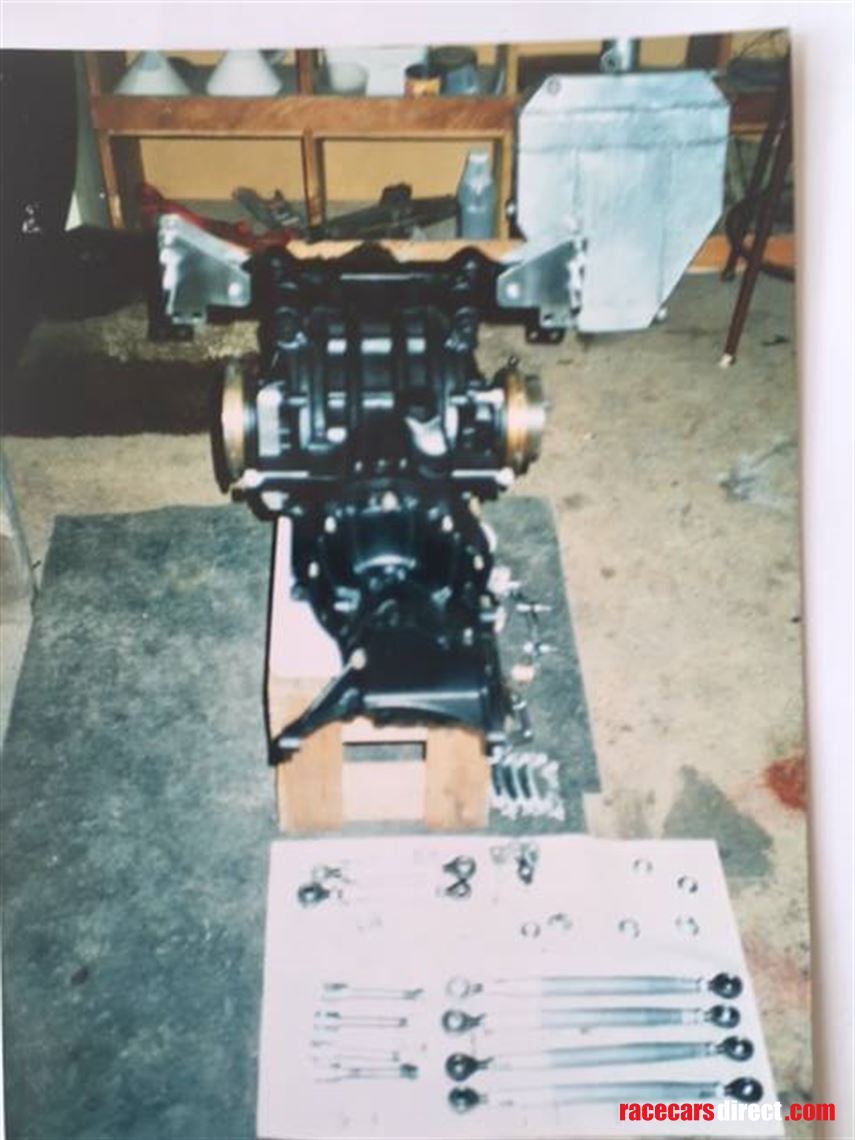 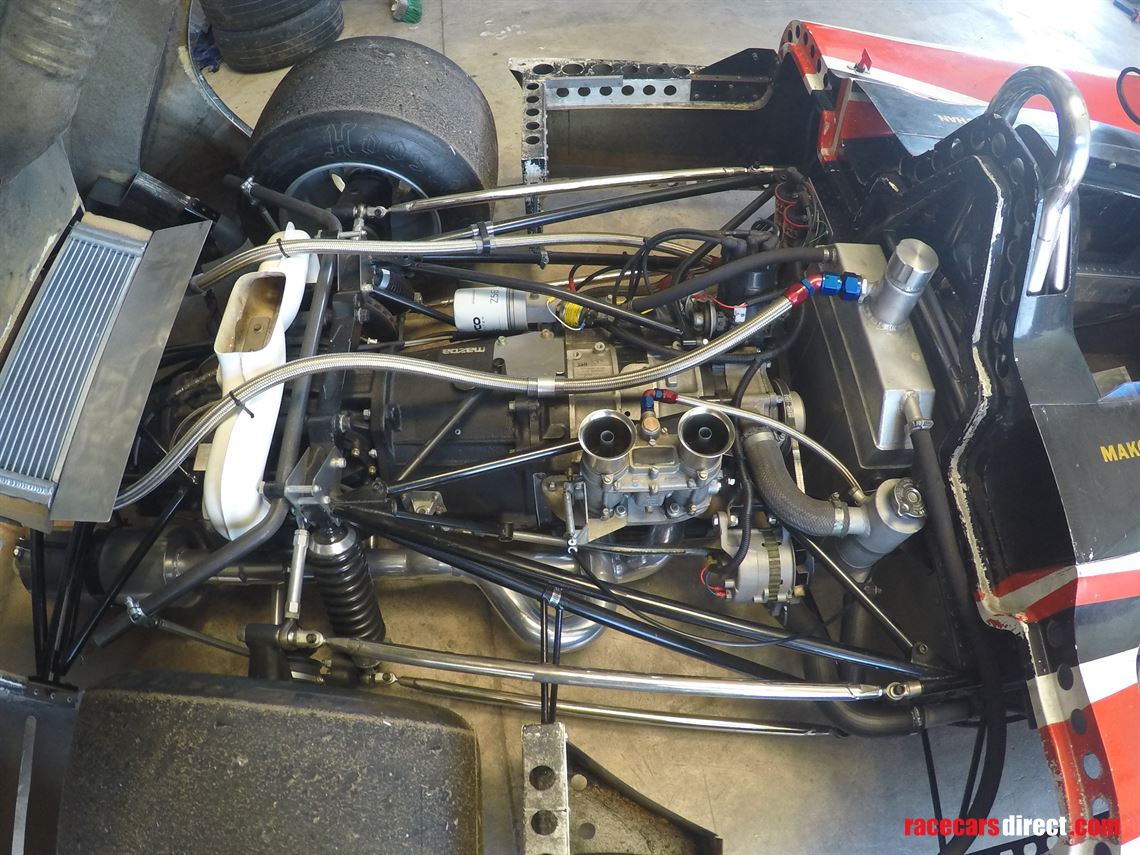 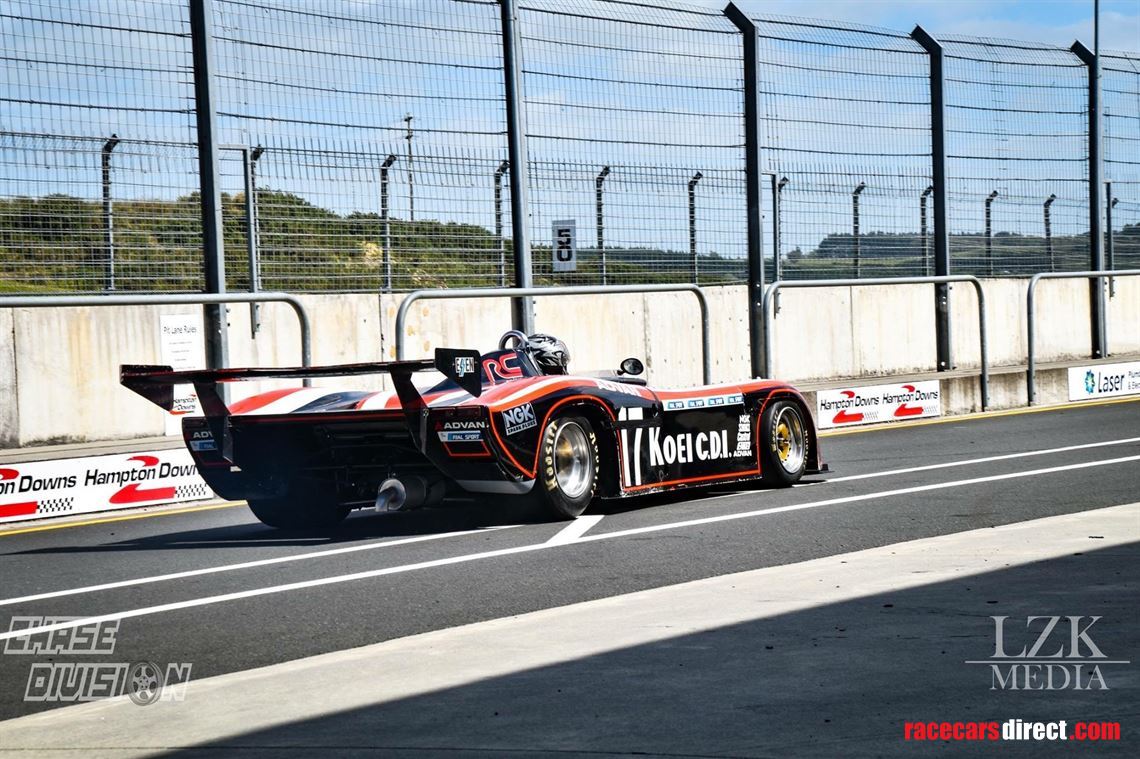 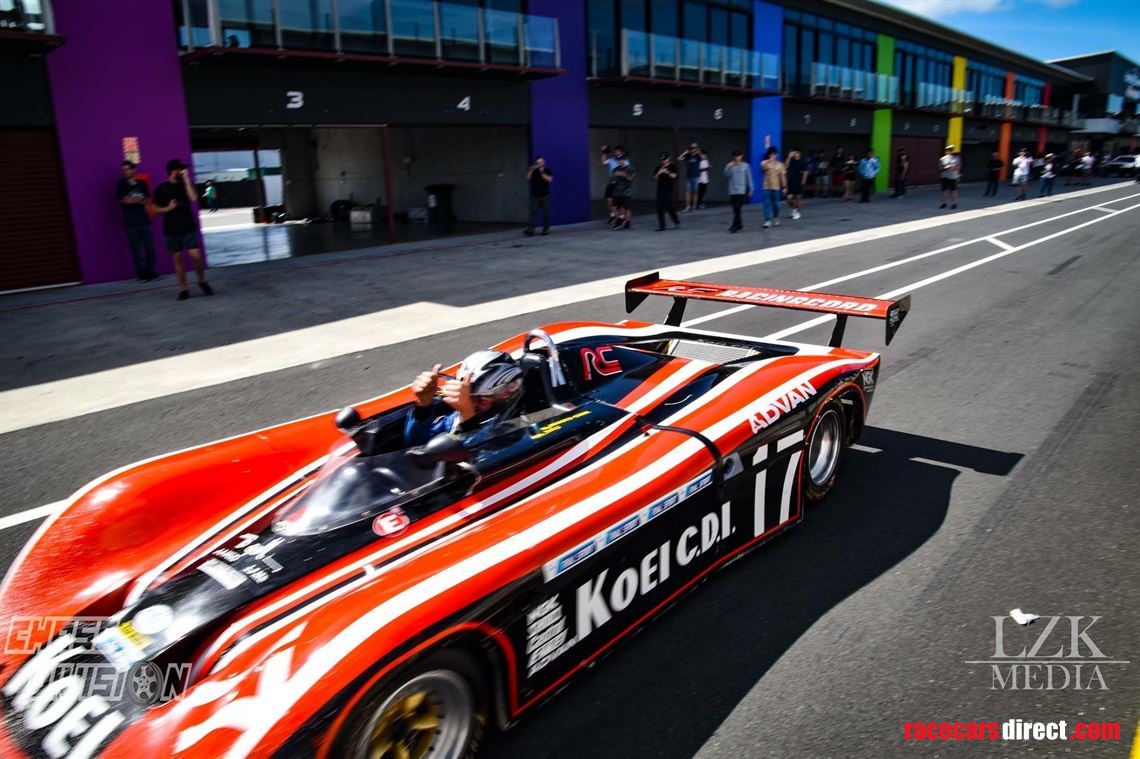 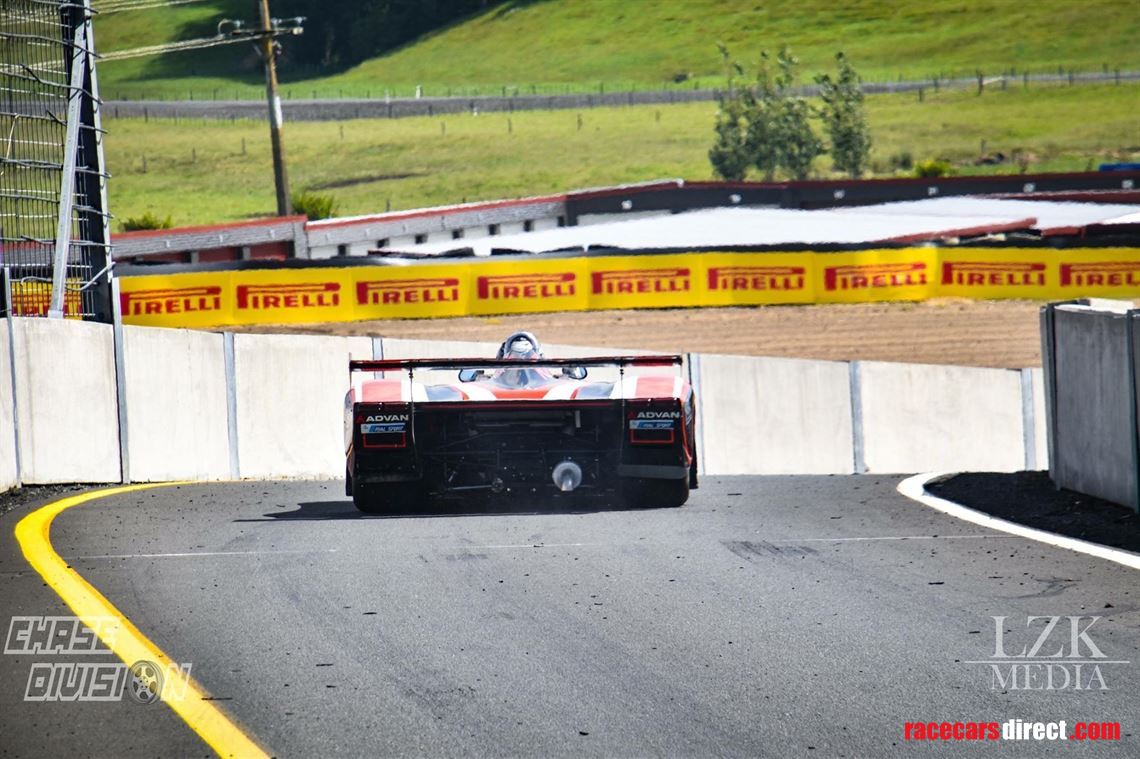 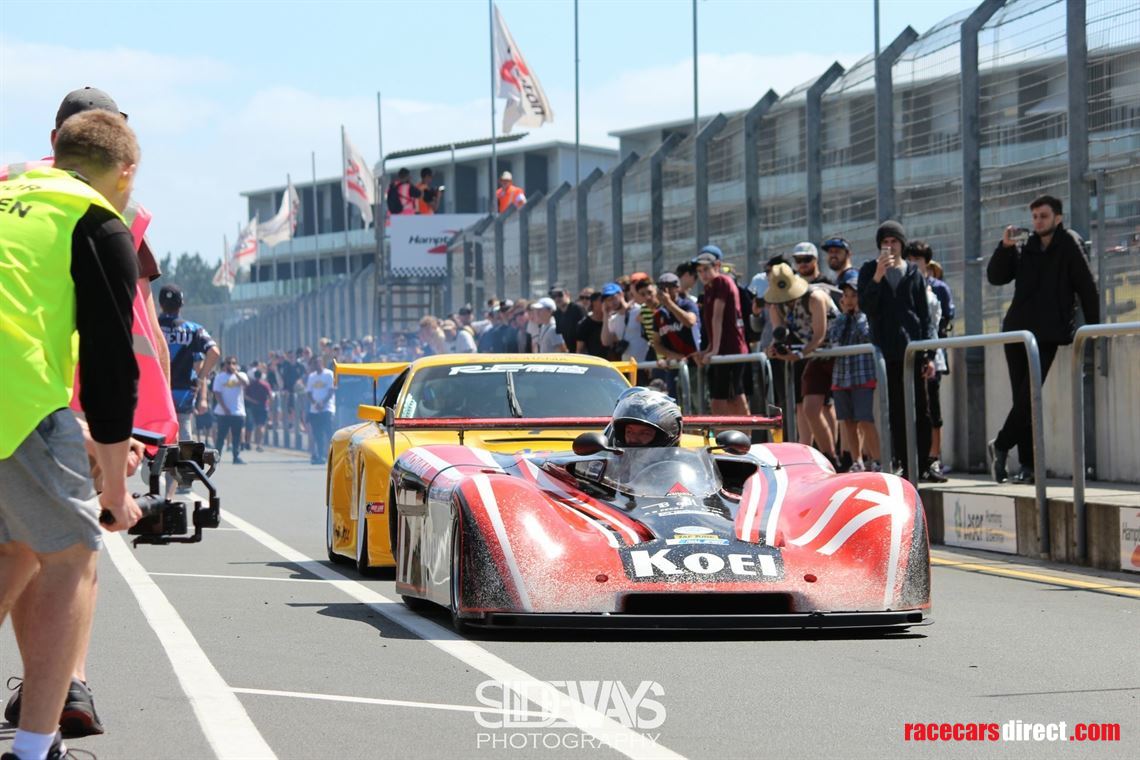 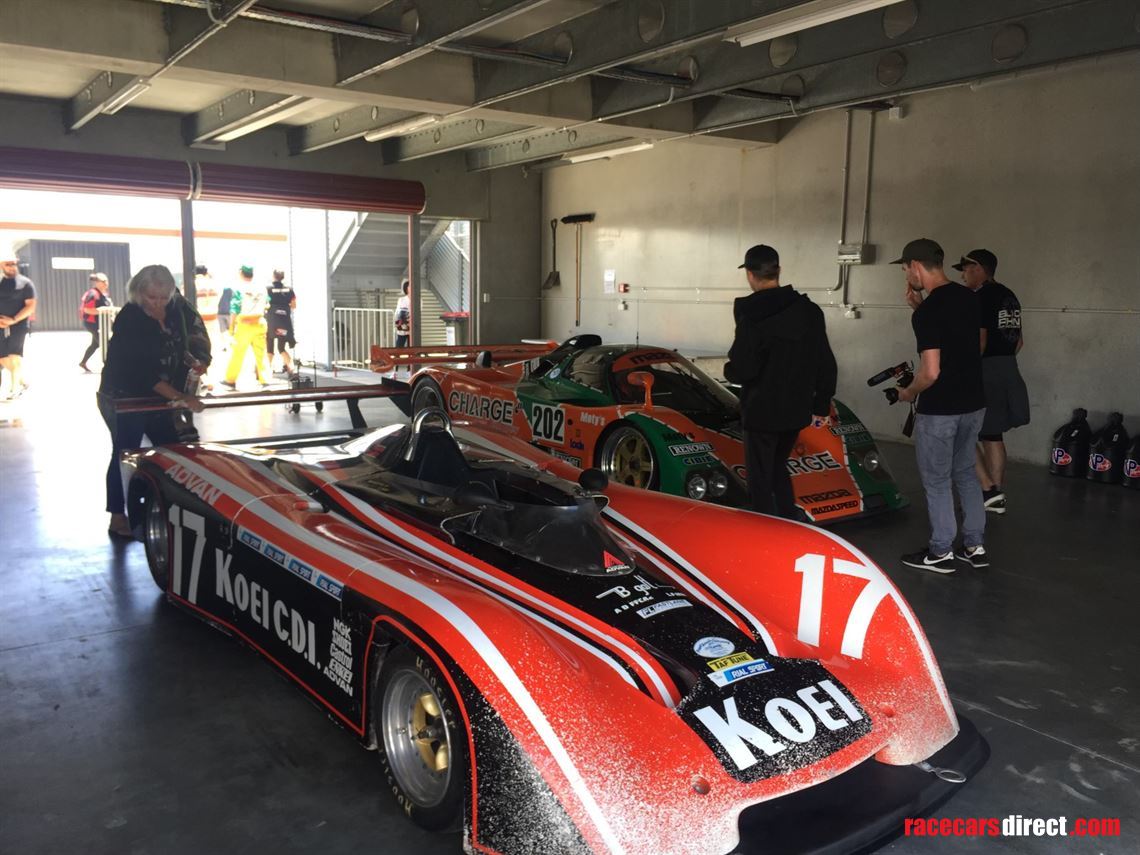 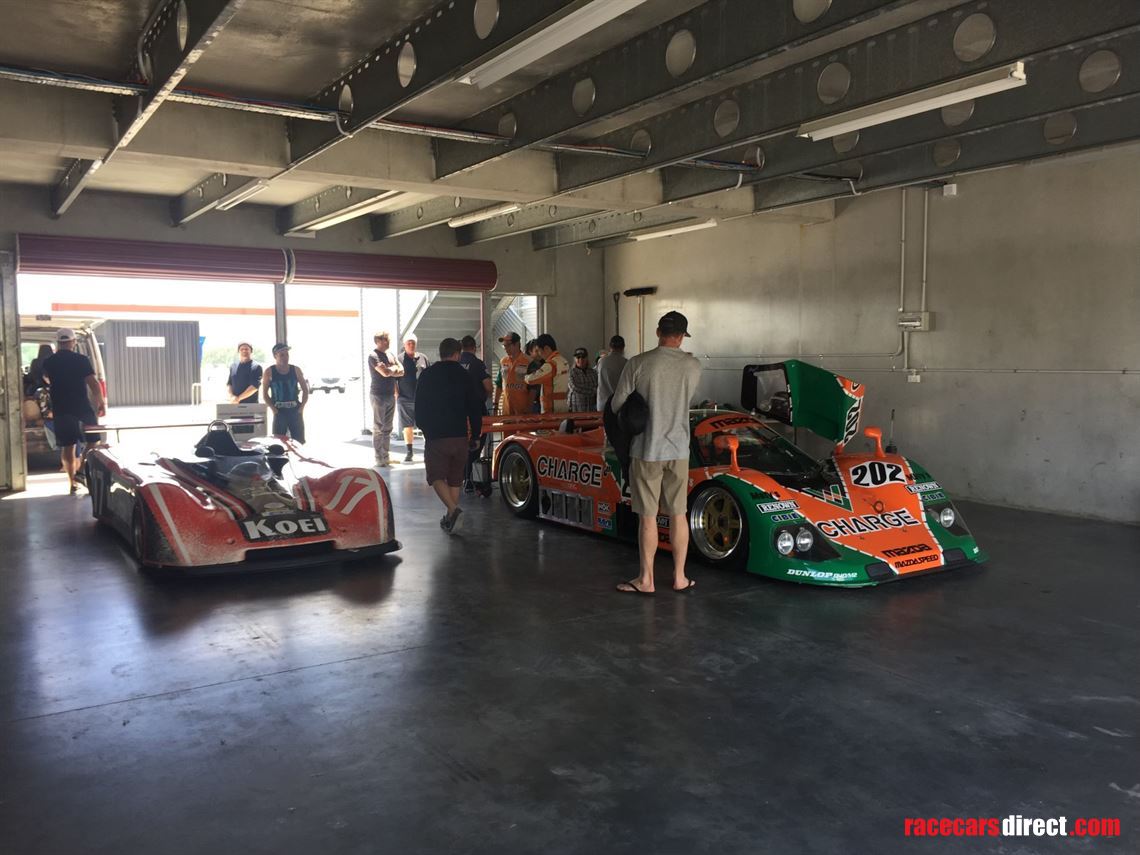 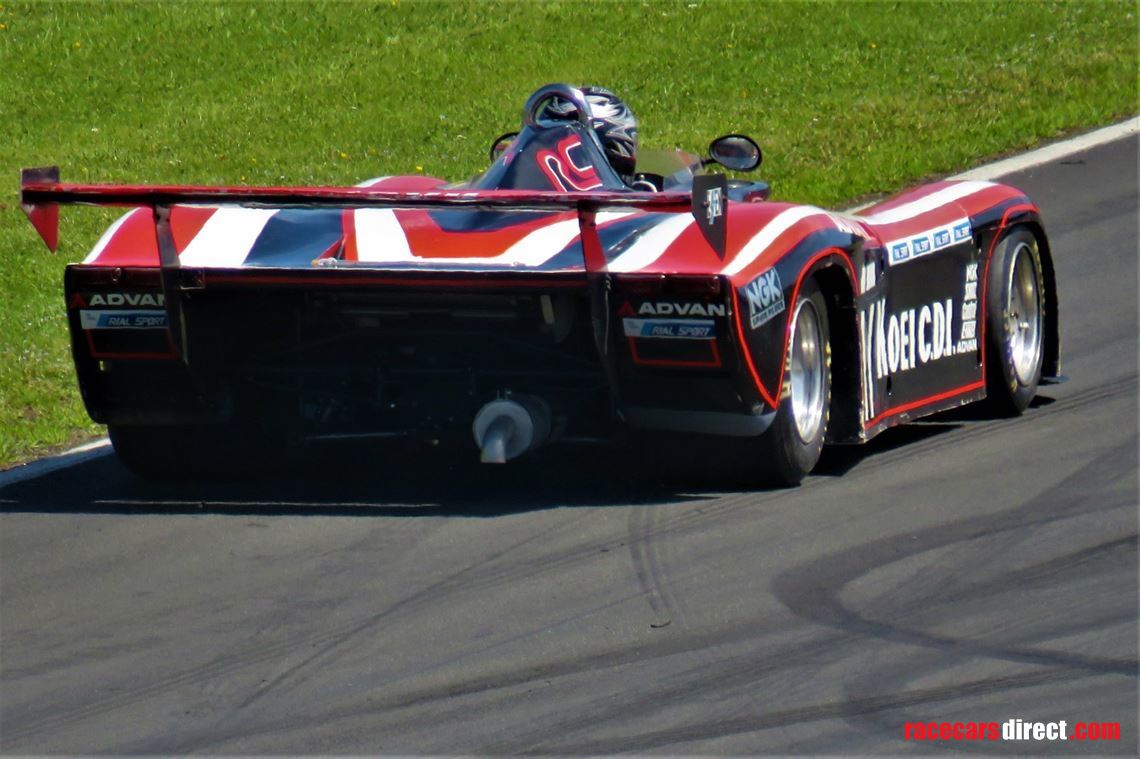 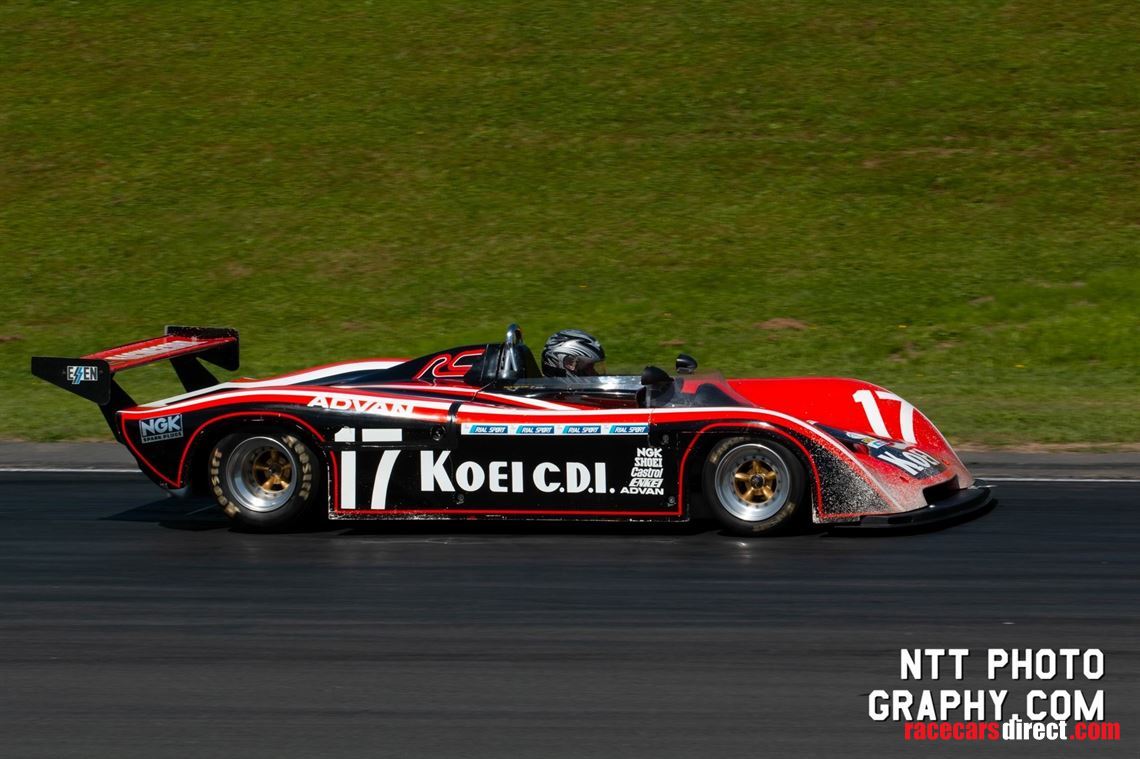 In 1979 This was the big turning point in Mooncraft's history since the formation of the company in 1975, this MCS was the first car mooncraft built in-house. A Total of seven cars built in 1979, four with BMW engines and three with Rotary engines. This is the only one recorded to be left with a Rotary in working order of those seven cars from 1979.

Chassis: March 802 Monocoque. Re-designed by Mooncraft into a single seater.

History: Raced at Fuji circuit in the Grand Champions series 1980 to 1984

Up until 1979 Mooncraft had only designed and developed bodies for other manufacturers of race cars including some changes to the Mclaren.The Grand Champions series was a very popular race series run at Fuji Speedway, it suited high speed cars and Mooncraft were able to use their Wind tunnel to great advantage in aerodynamics, but up until 1979 Mooncraft had not built their own race car from the ground up.

It was at this point that they purchased the chassis parts from MARCH in the United Kingdom.

As a base they used the March 802 sports car chassis this was a 2 seater as was the requirement for sports car racing. Mooncraft however modified this and assembled there first car the MCS or sometimes called the MCS1. They later went on to build several more models MCS 2,3 ,4,5 etc. These however used different borrowed chassis from Formula 2 cars and had bodies that lifted up from one side for access to the chassis and engine.

The MCS was purchased from a classic car dealer in The Kumagaya area near Tokyo in 1990 and shipped back to the North Island of New Zealand.

It was in reasonable but original condition. The current livery today is the same as it was after its last race in approx 1984. The MCS was a rolling chassis with the gearbox internals missing and engine not running and showed the usual signs of a car being stored for six years but was fully original.

In 1995 The car was given to Sid Lowe from west Auckland to restore, He stripped every nut and bolt and removed the engine. The engine was rebuilt by Andrew Fabrin a renown Rotary expert, the engine was kept as a 13B but only developed to Bridgeport stage using a 48 mm Dellorto carburettor producing approx 245 hp. With the thought of building a 13B peripheral port injected motor 305 hp as per original specs at a later date. The original dry sump was retained, along with the original ignition system and triple plate clutch.

Sid Lowe proceeded to have all nuts and bolts cadmium plated, he took all the hubs and suspension parts to be crack tested. Then proceeded to clean and polish the tub, all parts to the chassis were polished and either re-chromed or painted as per original condition.

The Girling brakes were sent back to the United Kingdom for rebuilding and the original Koni shocks were sent back also to be rebuilt, thus retaining the car's originality.

The Hewland FG400 gearbox was sent to Shayne Windleburn who sourced ratios and parts from various countries to rebuild the gearbox. Presently the car is geared for a top speed of 280 km/h.

Sadly Sid Lowe passed away before the car was completed.

The car then laid untouched for close to 20 years until John Miller from Nelson in the South Island of New Zealand took up the challenge to complete the restoration in 2014. John Miller checked all the chassis over, the Tub and then started the assembly of the MCS. All new stainless brake lines were used, a new oil cooler and stainless lines fitted. The original radiator restored, all the Rims were powder coated. Dashboard rebuilt,and many parts reconditioned or replaced with original type.

In 2015 this MCS a real piece of motor racing history was ready to be welcomed back to the track as the restoration was finally complete. It's first outing was at the 25th anniversary of the Skope Classic car meeting in February 2016 in Christchurch New Zealand. It was a feature car at the event and did demonstration laps at a lunchtime show only.

The car ran perfectly, it gave a real thrill and incite of what it must have been like for those who drove this car in the 1980’s at Fuji Speedway.

In December 2018 Mazda Motor Corporation along with Red Bull sponsored athlete Mad Mike Whiddett invited the MCS to be on display and run demonstration laps alongside the Le Mans Mazda 767B at the Hampton Downs motorsport park in Auckland, New Zealand. This event also showcased the newly rebuilt Mazdaspeed March 84G, having these 3 cars was such a great feature and credit to Mazda motorsport history.

The car has a spare set of original rims, other miscellaneous parts and the oxygen supply unit for the driver.

Shipping can be arranged at buyers expense.

This Chitty recreation has been built in the UK by skilled engineer Richard Skinner.