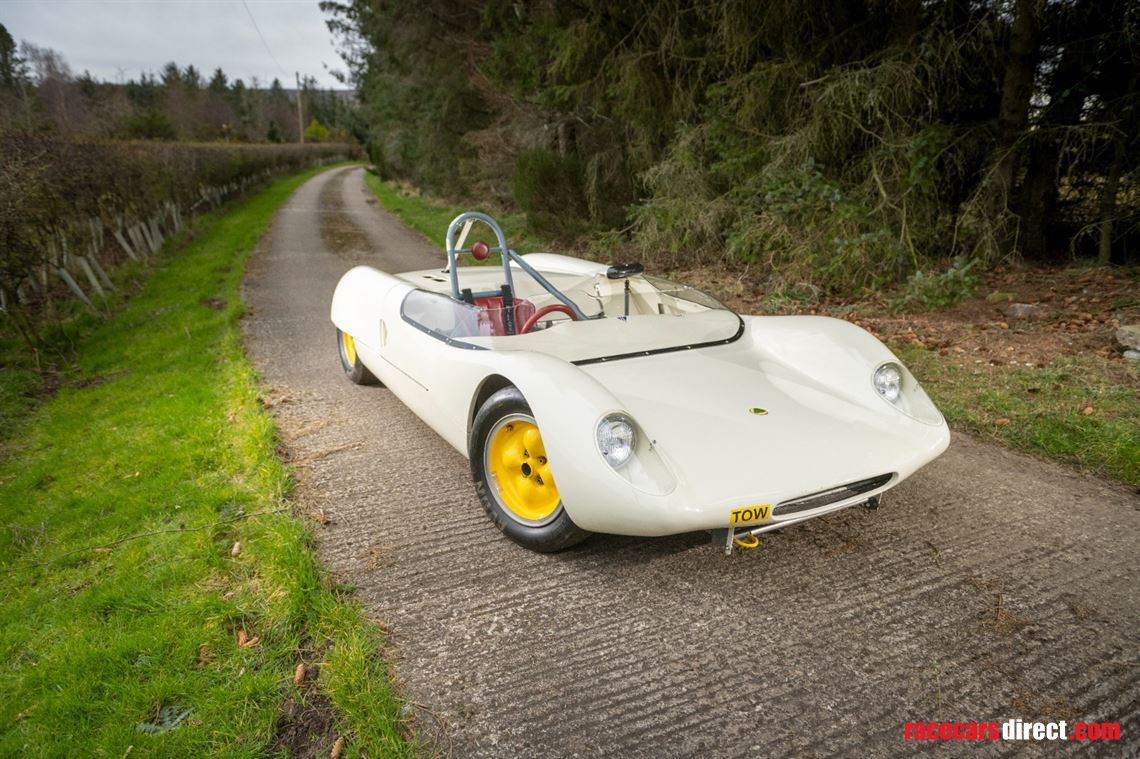 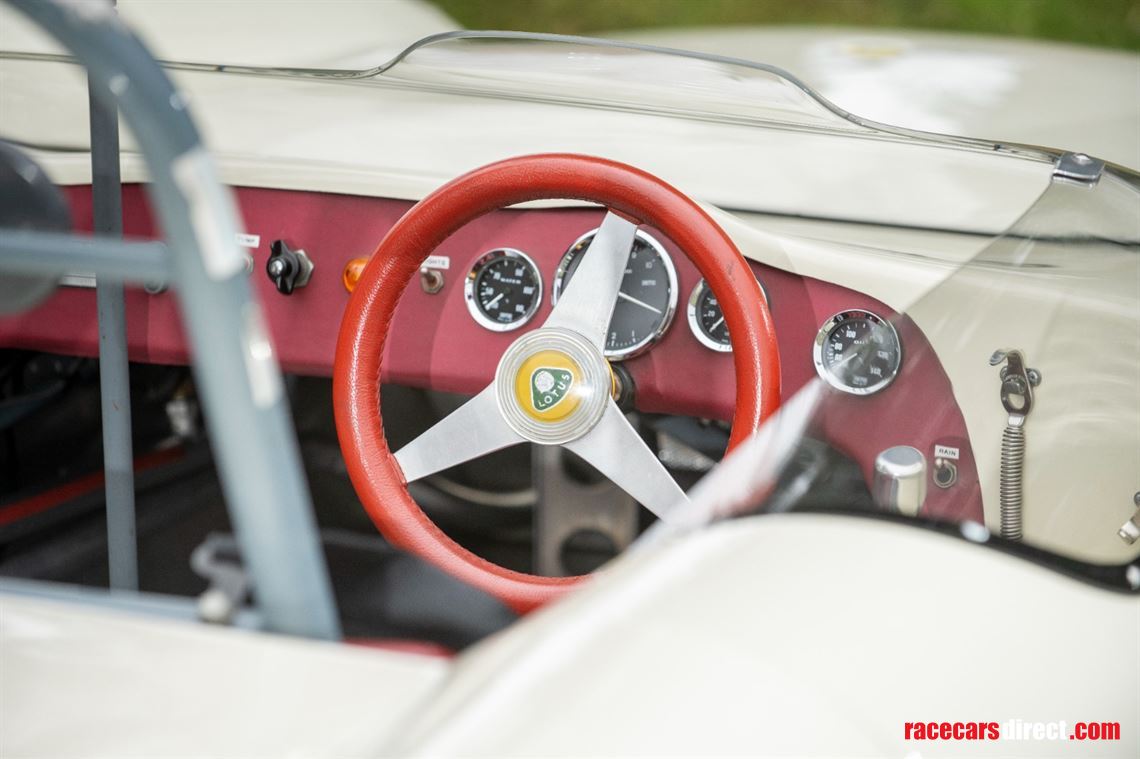 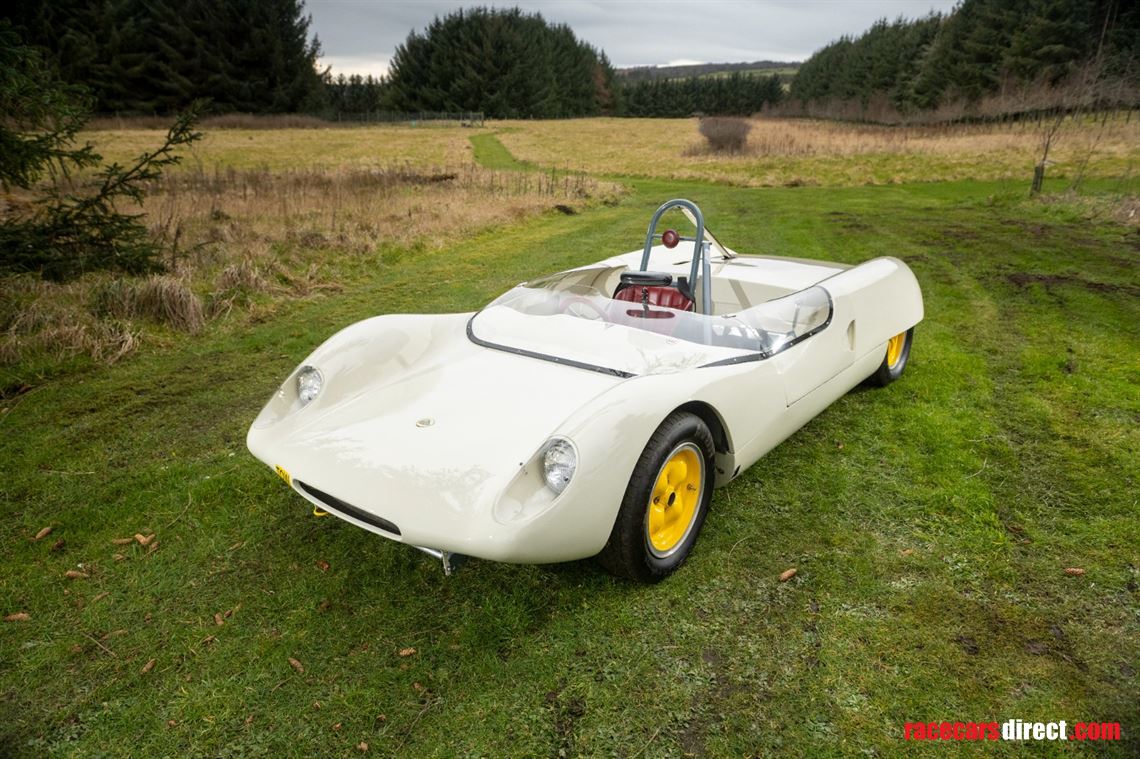 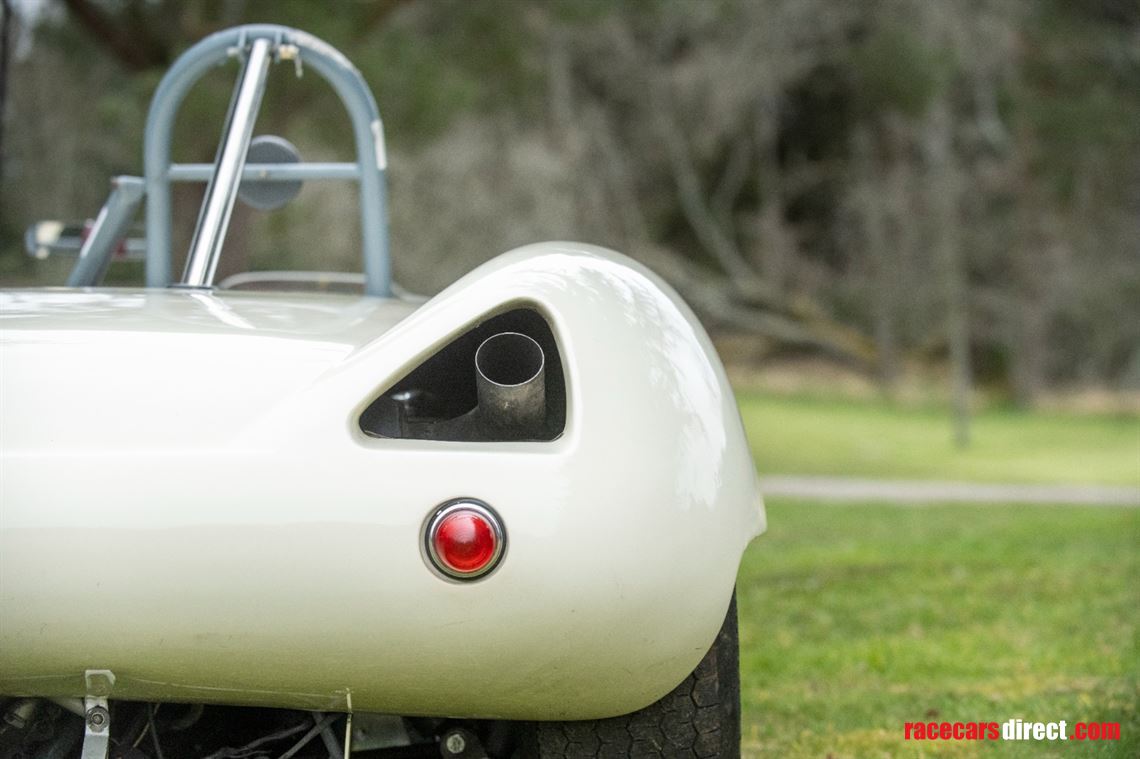 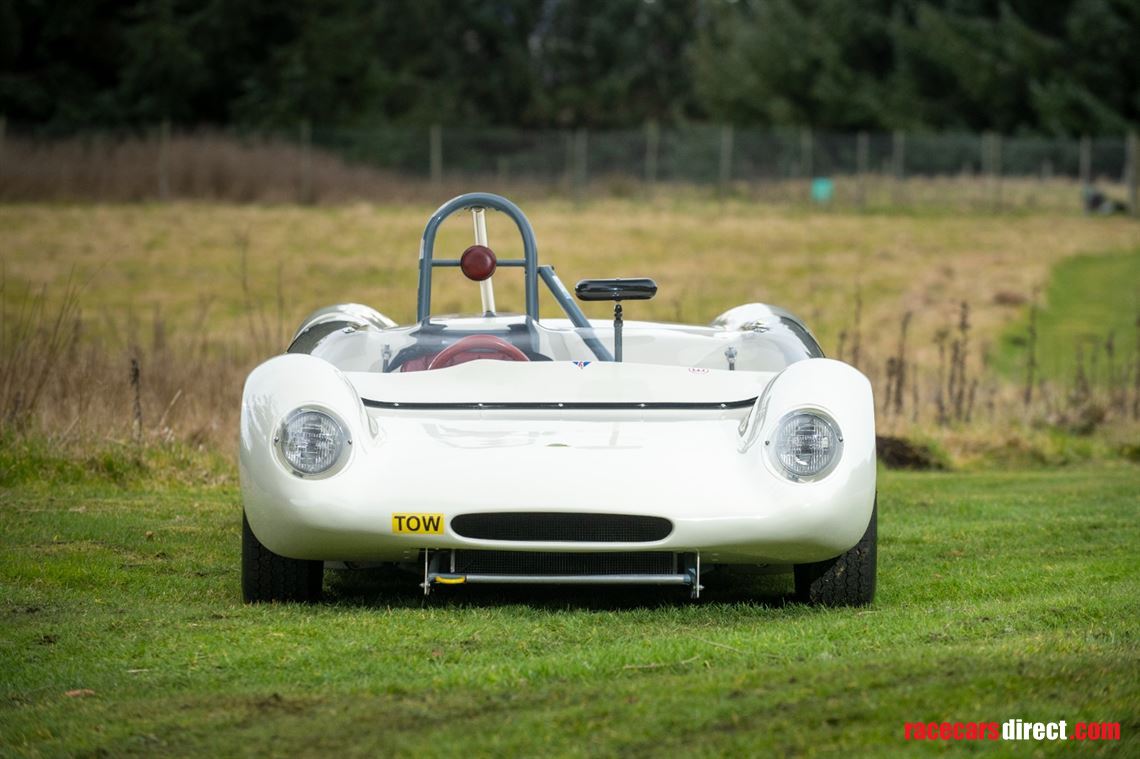 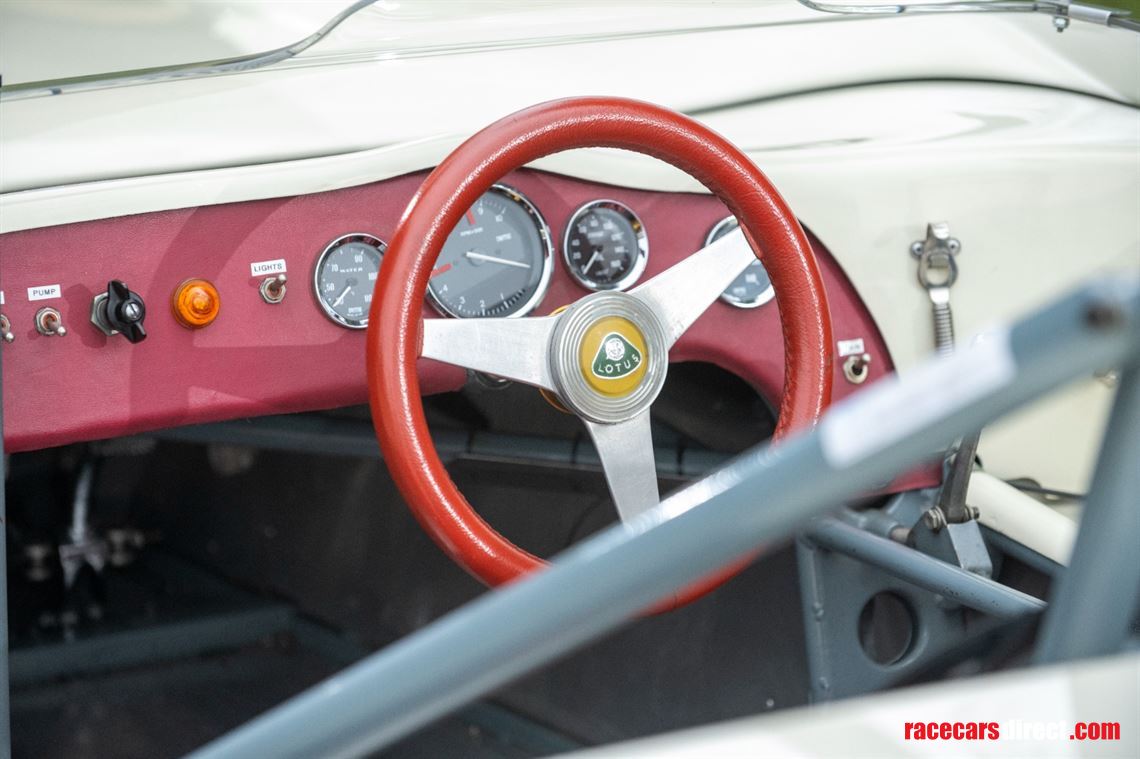 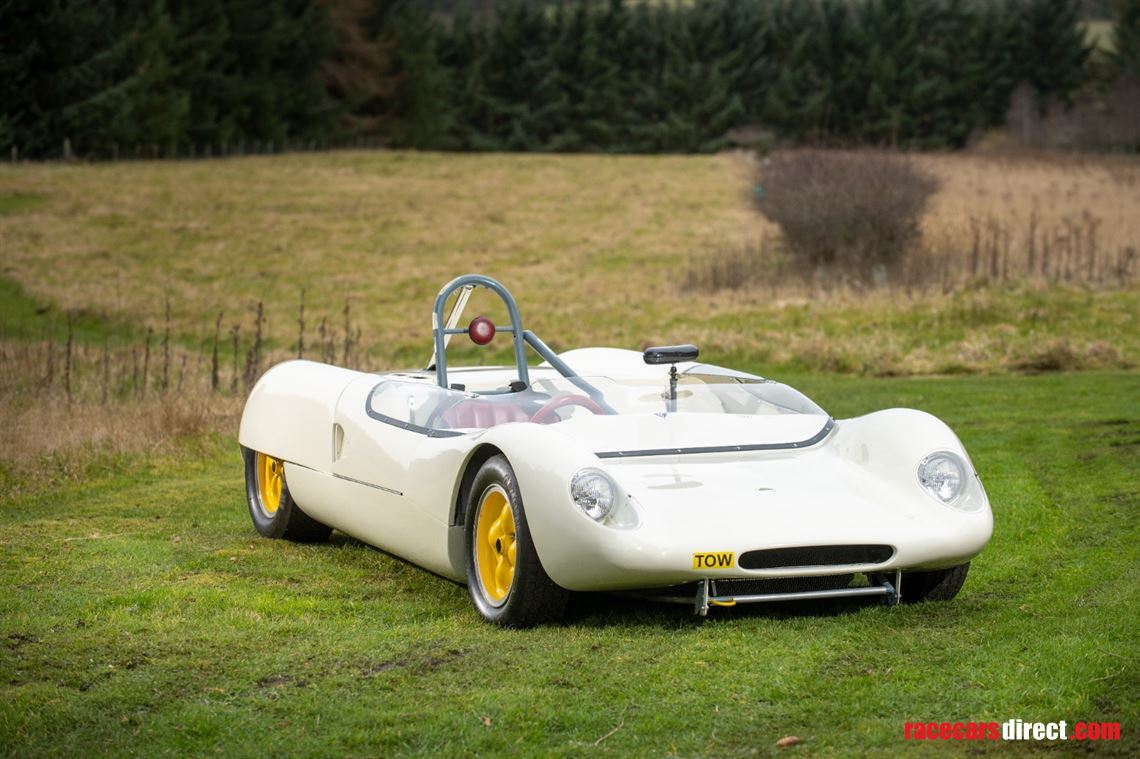 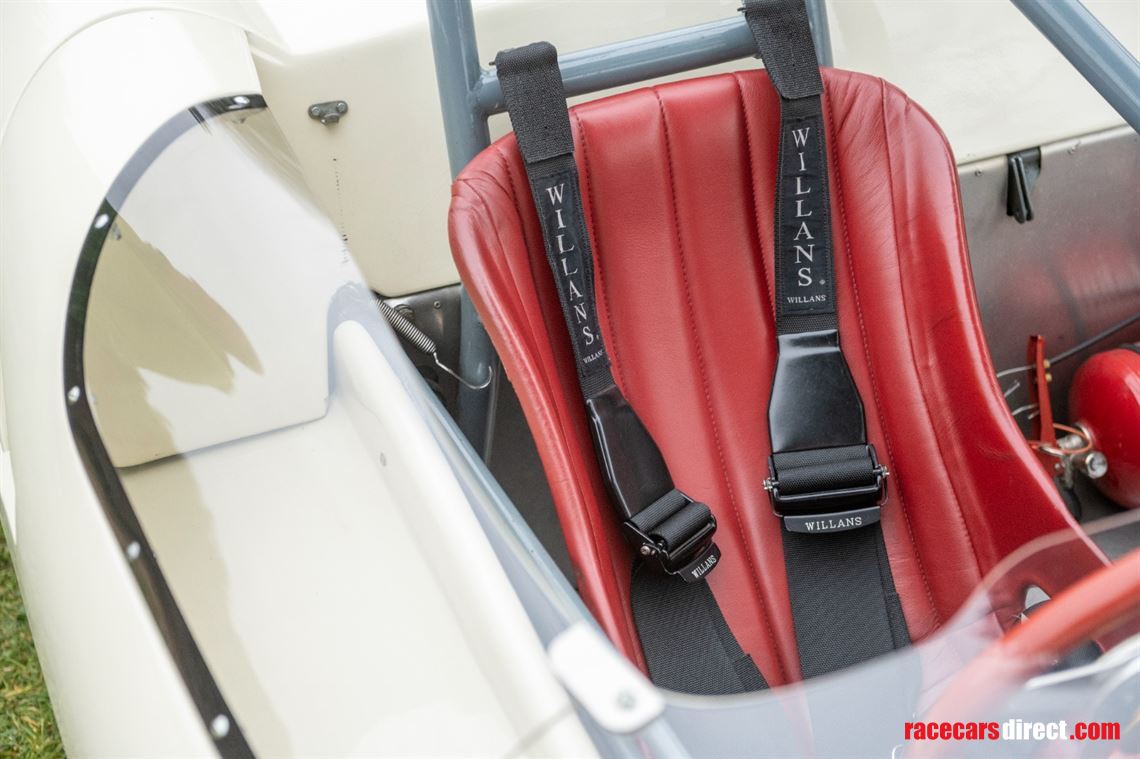 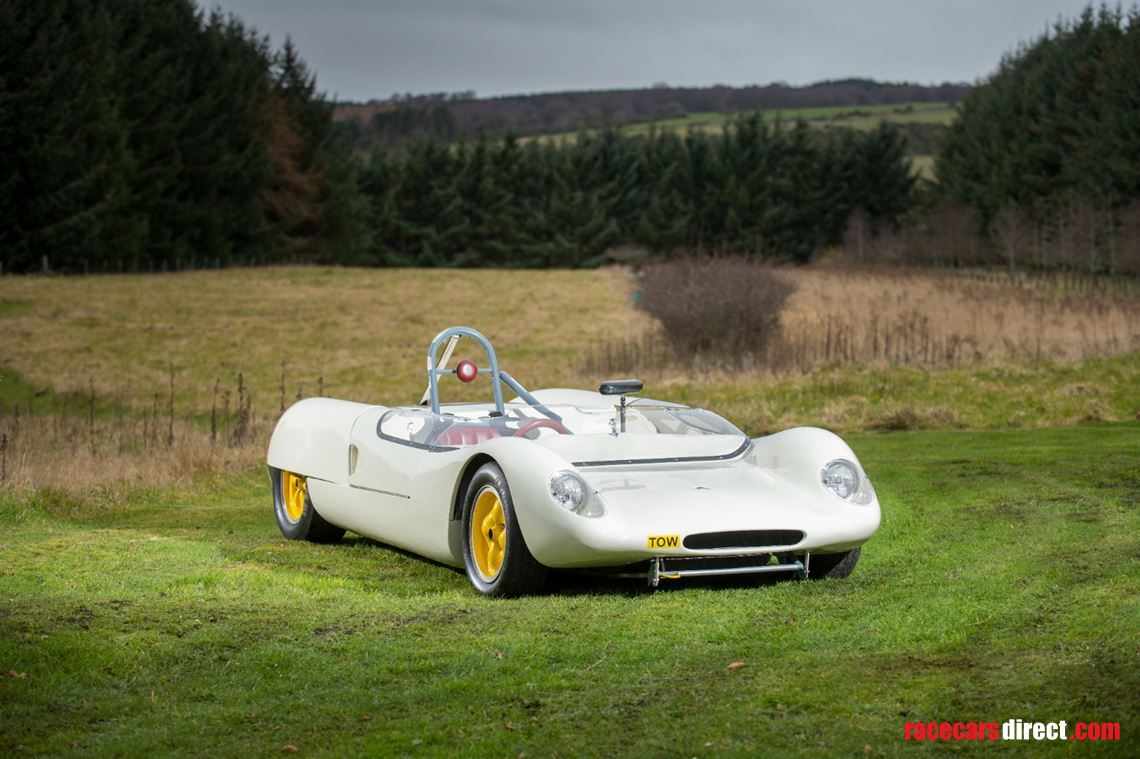 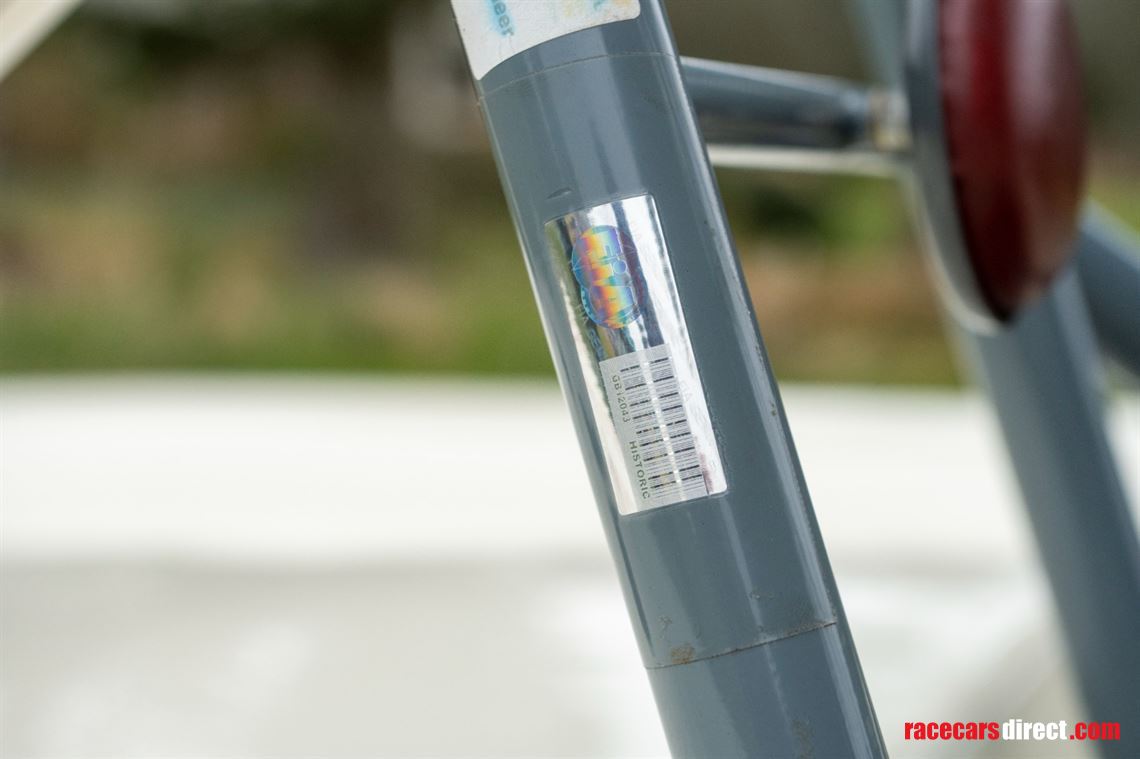 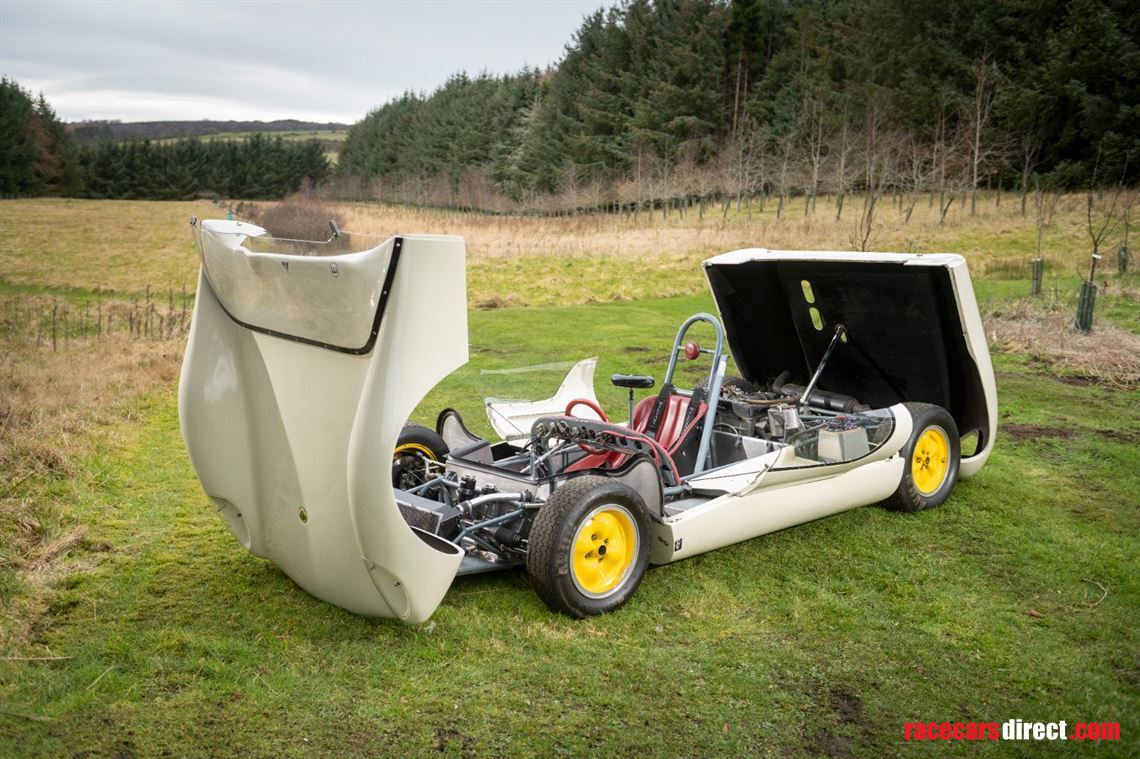 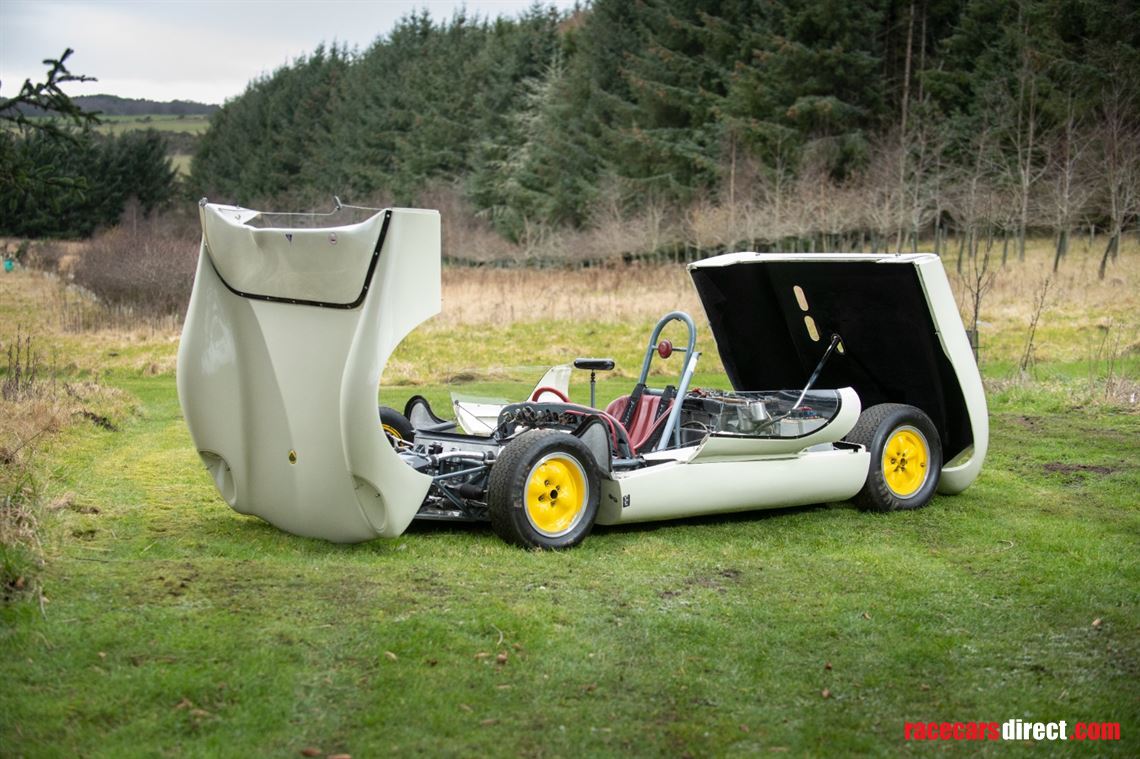 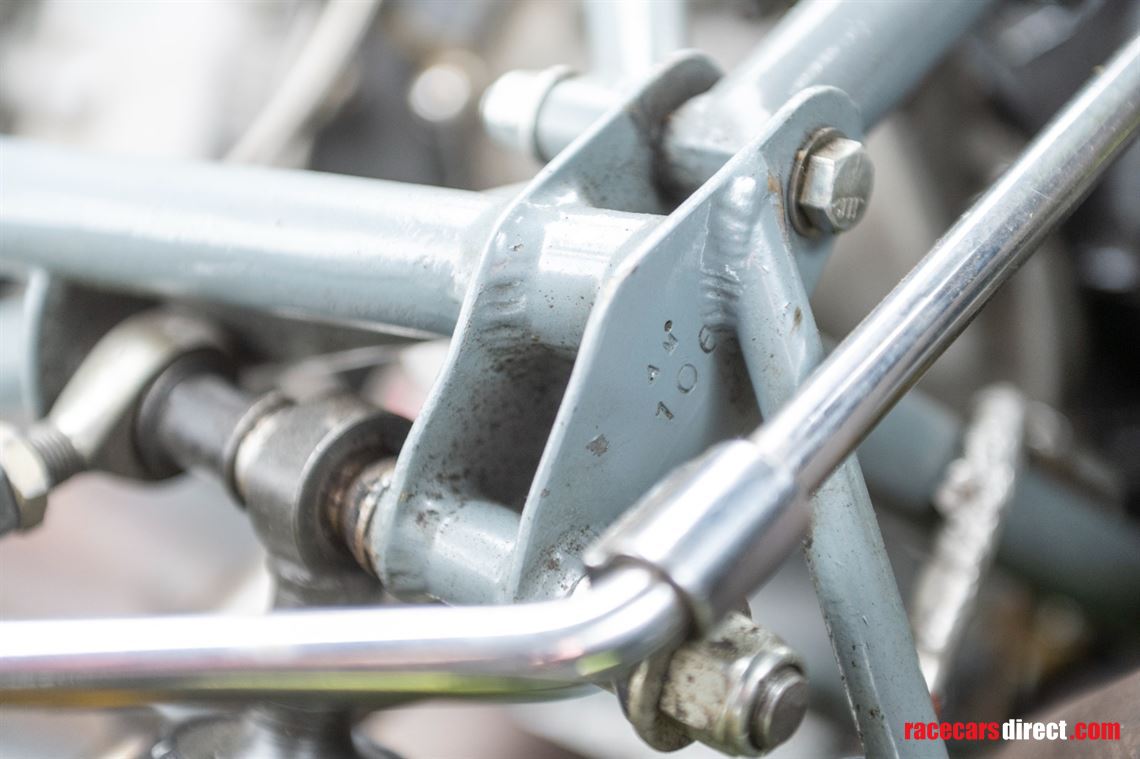 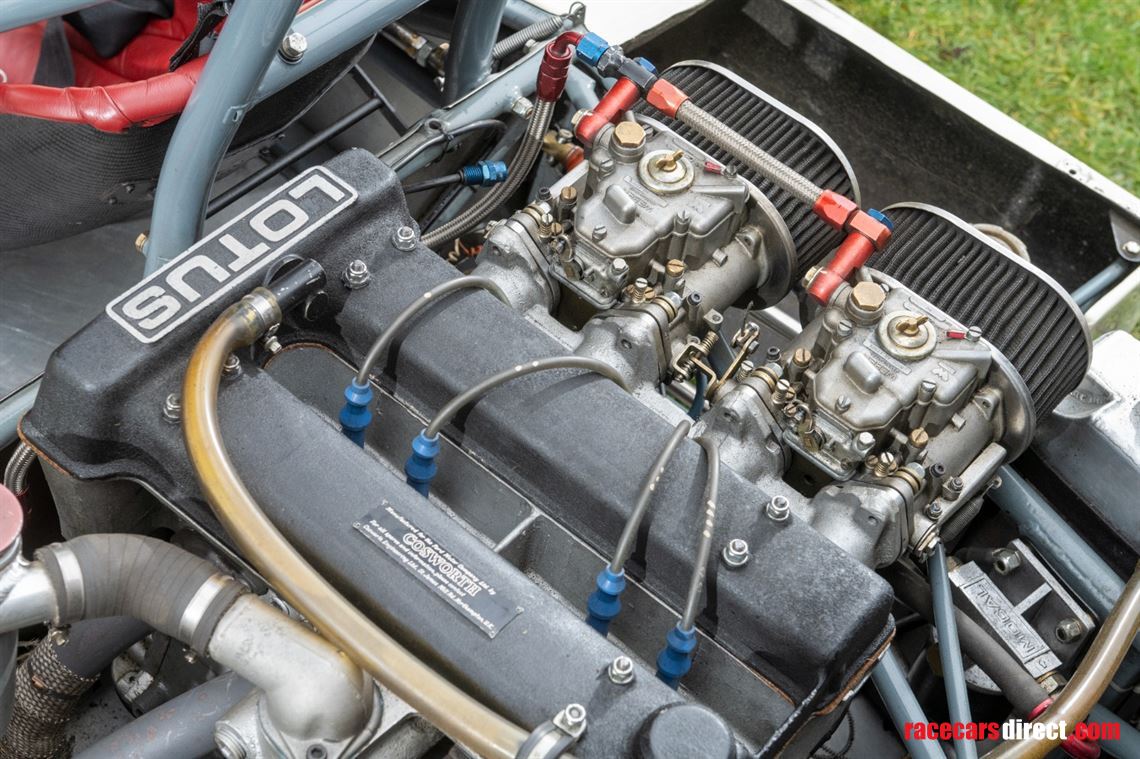 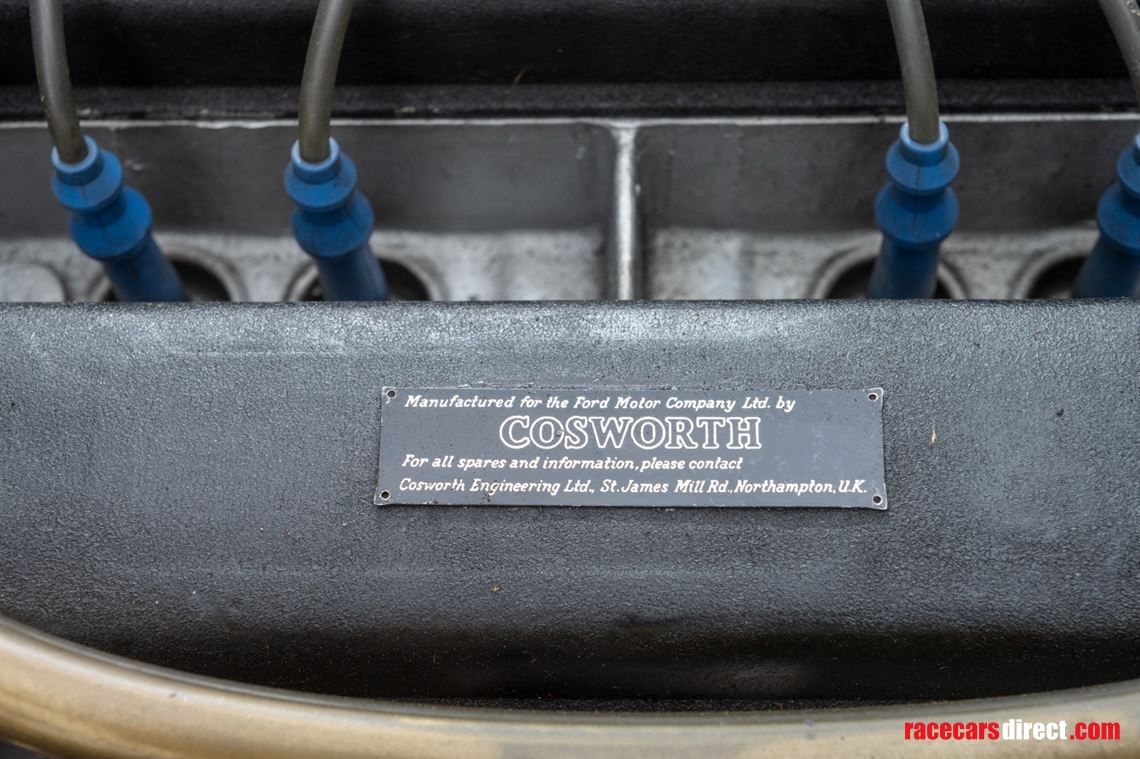 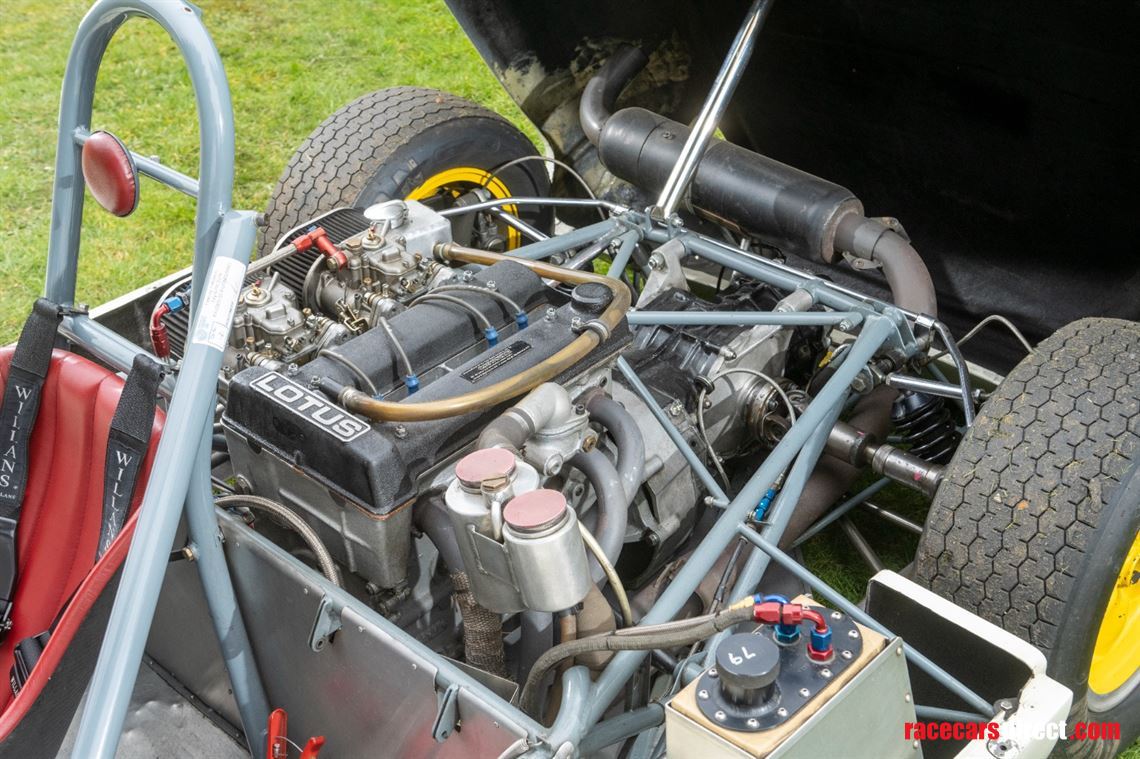 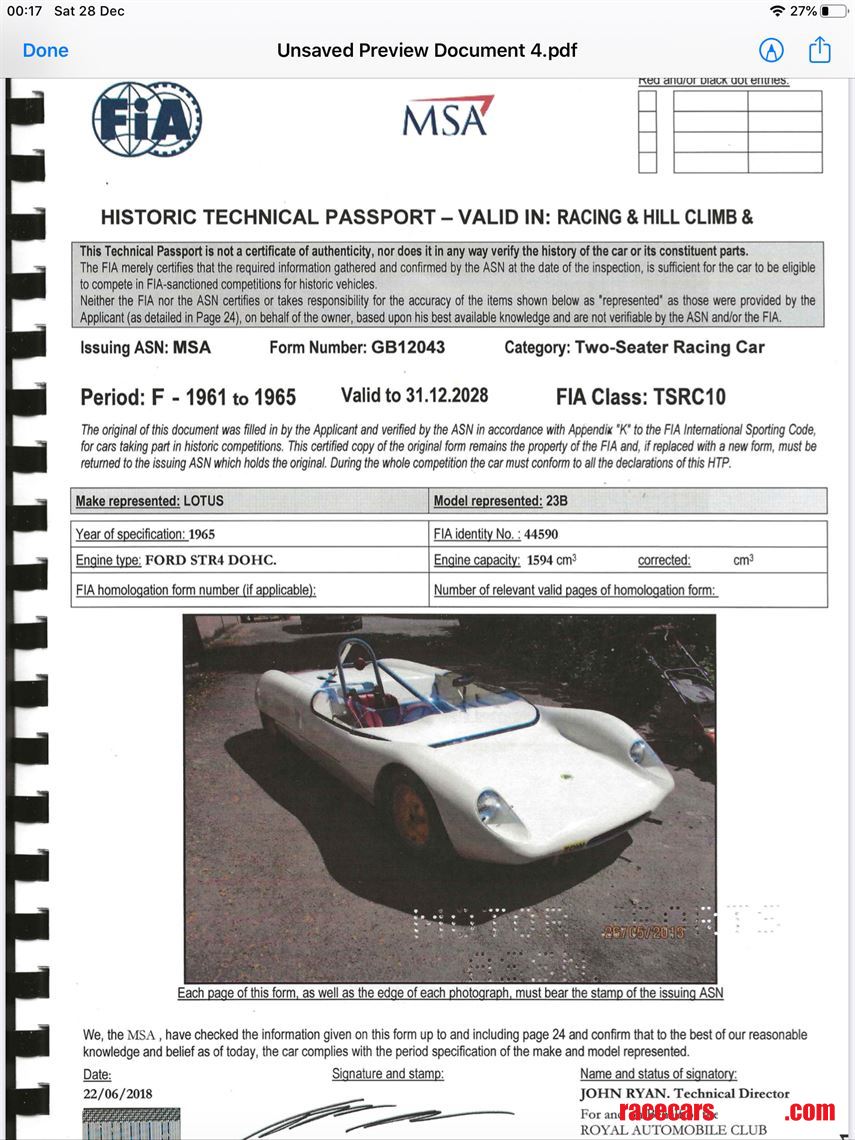 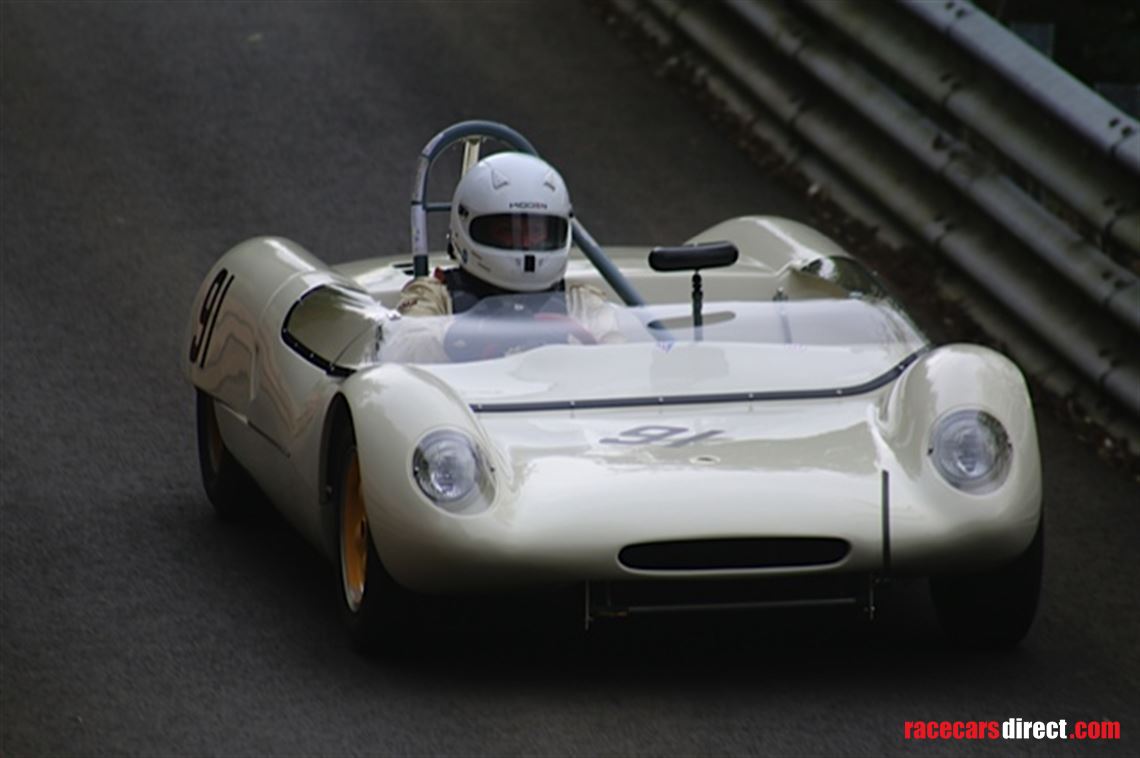 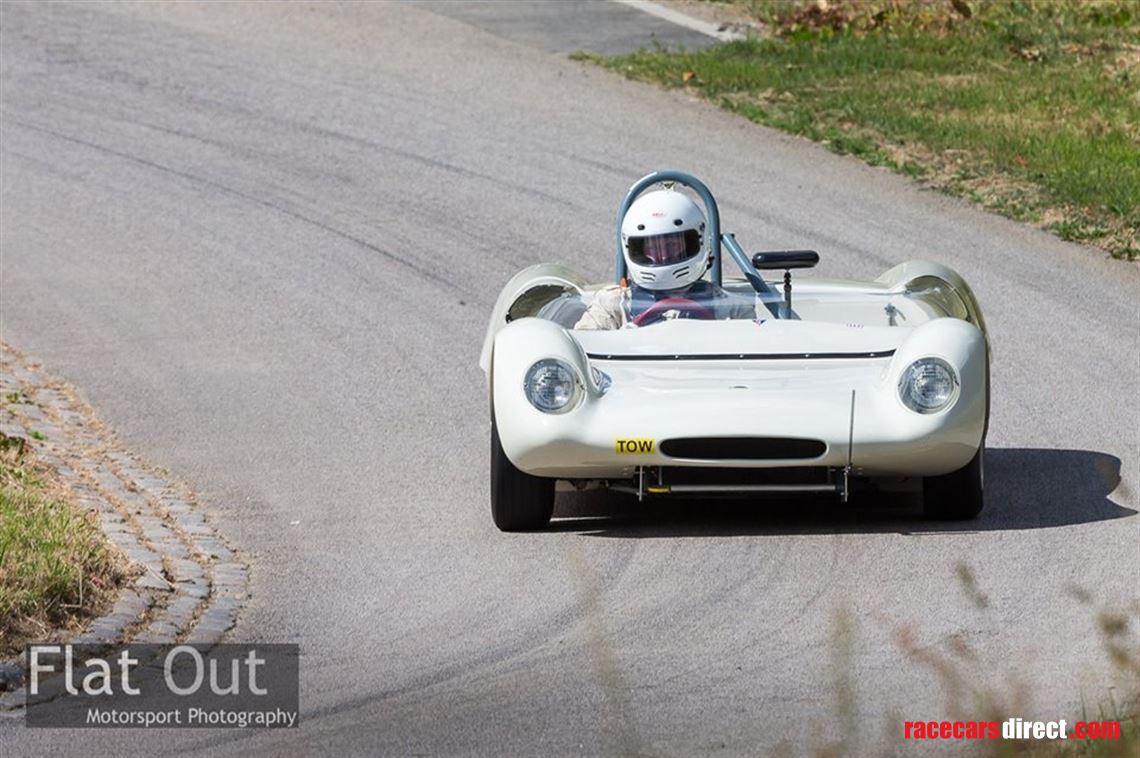 This very well presented Lotus 23B is not only a fine example of its type, but is also a car that was accepted for the Goodwood Revival Meeting in 2008. Driven by the then owner Alastair Morrison's son Hamish, the Lotus performed very well in that year's Madgwick Cup event, qualifying 4th fastest on the starting grid, grabbing an immediate 2nd place first time into Madgwick Corner and finally finishing 5th only after spinning through 360 degrees leaving the chicane on the very last lap. This was a prodigious performance considering that the car was then effectively 'straight out of the box', having just emerged from restoration and never having been raced before by its then owners.

Its owner from 1986 to 1991, John Morley had bought the Lotus from Spain. John Morley was the British Government's Deputy European Commissioner at the time and lived in Belgium. The vendor has spoken to his son Peter, who recalled that they bought the chassis and engine in Spain from someone who possibly had acquired them in France. Peter Morley restored the Lotus, finishing it in 1991, but it was not raced before being sold to Belgium where Stephan Schrauwen raced it at Spa Francorchamps, finishing 5th in the Trophée des Ardennes in May of that year (copy results sheet on file).

While in Belgium the car was restored again, on this occasion by Stephan Kupka's MecAuto in Baelen near Spa. The Lotus was road registered in Belgium (as 'GYN 165') when in the Schrauwens' possession. A copy of the original Belgian logbook is on file.

In 2002 the Lotus was purchased by Dr Mark Green and raced in European Championship historic events, Dr Green being well known in such circles for his work in attending to and repatriating drivers who suffer serious injury while abroad. In 2005 Dr Green sold the car to Alastair Morrison. Although the Lotus was 'race ready', it did not meet the new owner's standard and he commissioned leading preparation specialist John Sabourin to undertake a restoration in 2008, which included adapting the driver's seat and pedal position to suit taller drivers.

Following the rebuild's completion, the Lotus was raced by Hamish Morrison at Goodwood in 2008 (see above). The car was also raced by Ian Ashley at the HSCC Silverstone Guards Trophy Race in October 2012 following its acquisition by Mike Smith. Following the 2008 Goodwood Revival Meeting, the car was stored in the owners' heated workshop, its 1,594cc Lotus-Ford twin-cam engine being turned and/or run regularly, until it was sold to Mike Smith at Bonhams' Goodwood Revival sale in September 2011 (Lot 272).

The current vendor acquired the car from Mike Smith in 2013 specifically to do hill climbs and sprints in Scotland. A lot of time was spent getting the car properly set up with regard to ride height and suspension, following which it has become very easy and forgiving to drive. Gear ratios were changed to suit hill climbs, and a different seat fitted (it is a modern seat but trimmed in leather to look 'period').

The Lotus has been successful and has held a number of class records over the period of the vendor's ownership. In 2017 the vendor won the SSHC for both hill climbing and sprinting in the Historic Division and there have been many class wins in addition.

The engine has been refreshed (virtually a complete rebuild), the clutch upgraded and the gearbox refreshed, these works being carried out by Iain Ross, formerly with Agra Engineering. The dynamometer shows 183bhp. The Lotus has seen very limited use since the purchase of a Brabham single-seater. It was used this year for one event at Boyndie and ran very wel

A stunning 23B with contemporary Goodwood history, current HTP and refreshed engine and gearbox

A stunning 23B, superbly restored and ready to go.