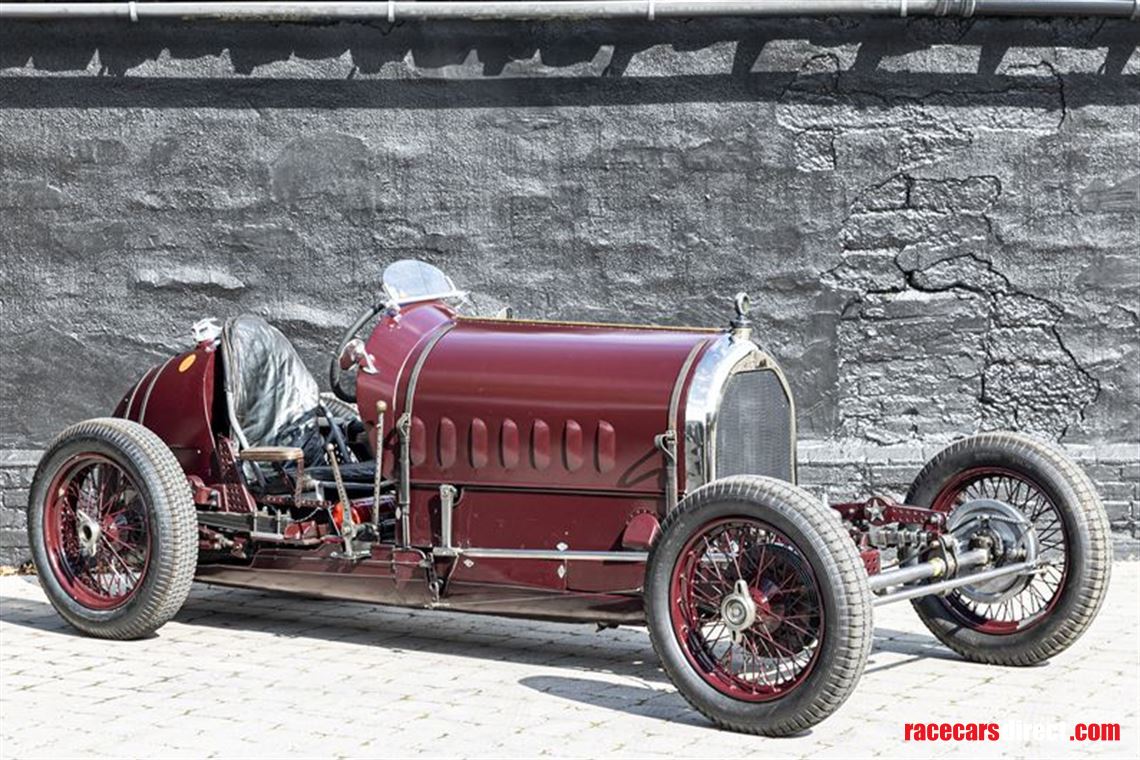 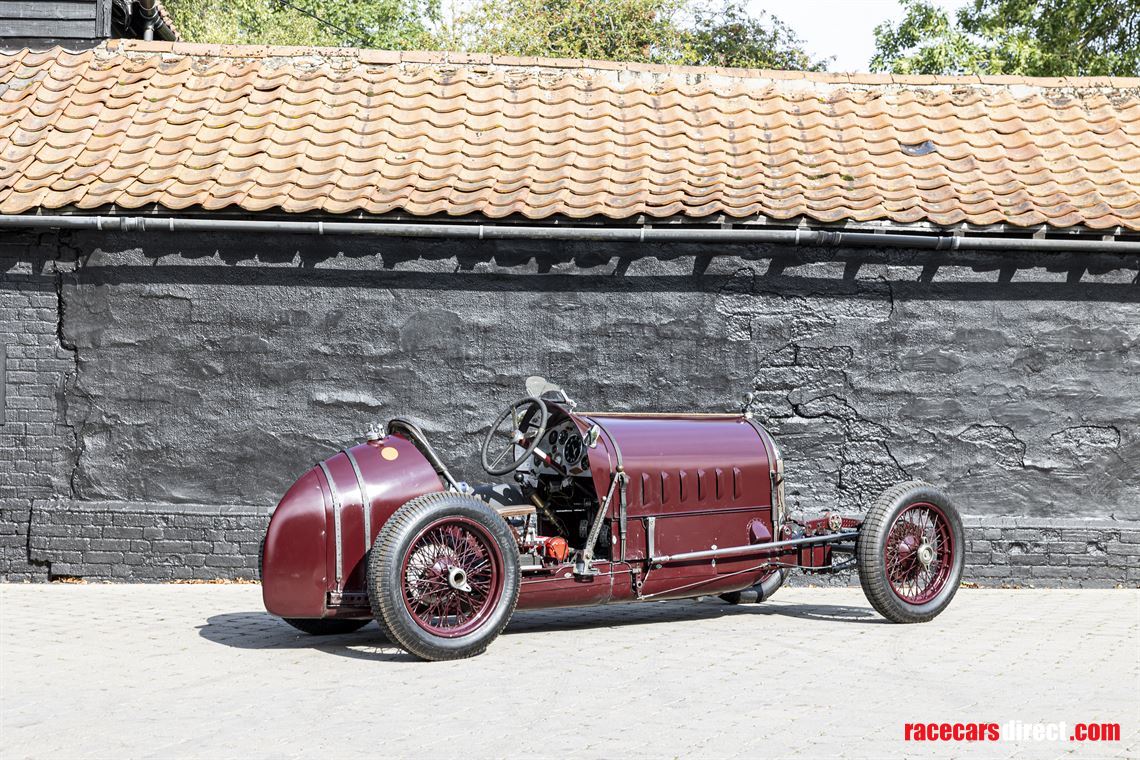 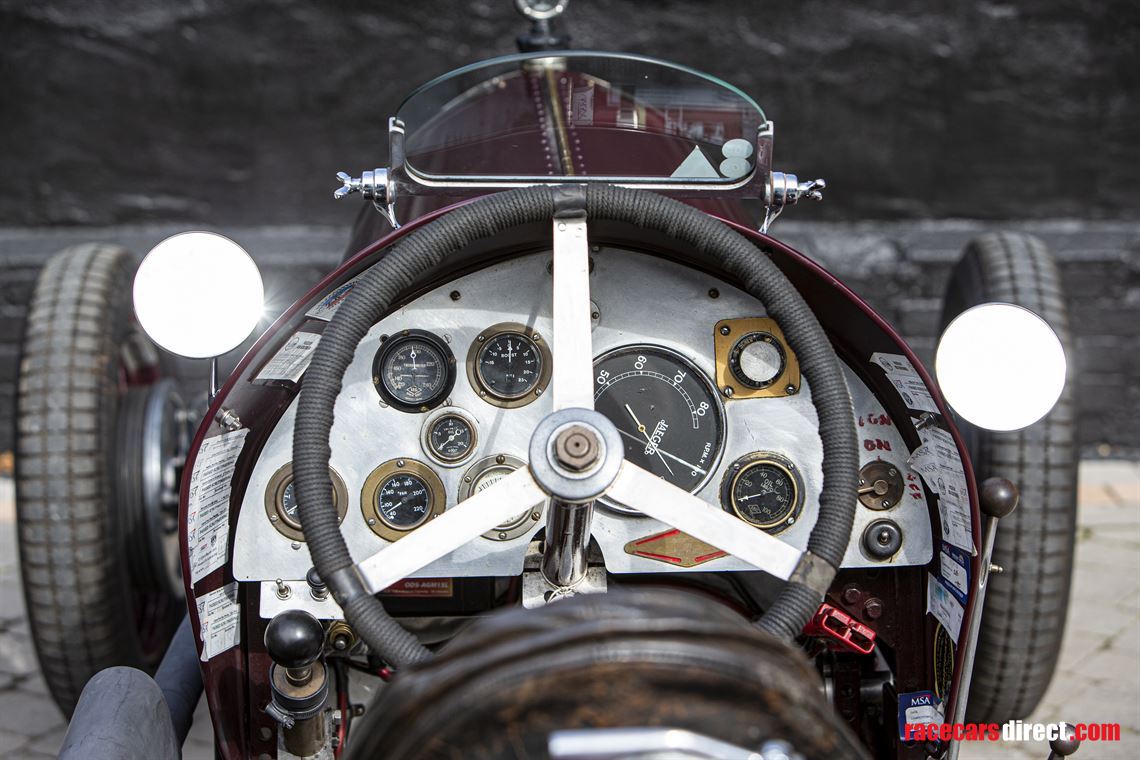 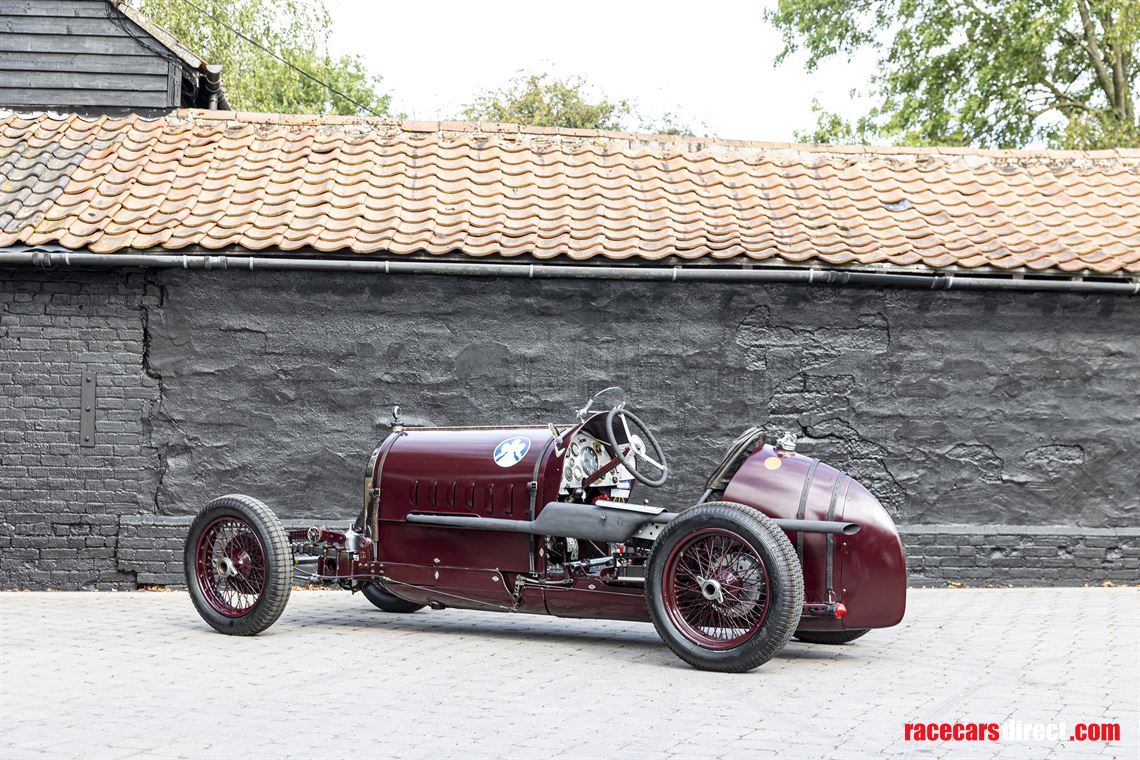 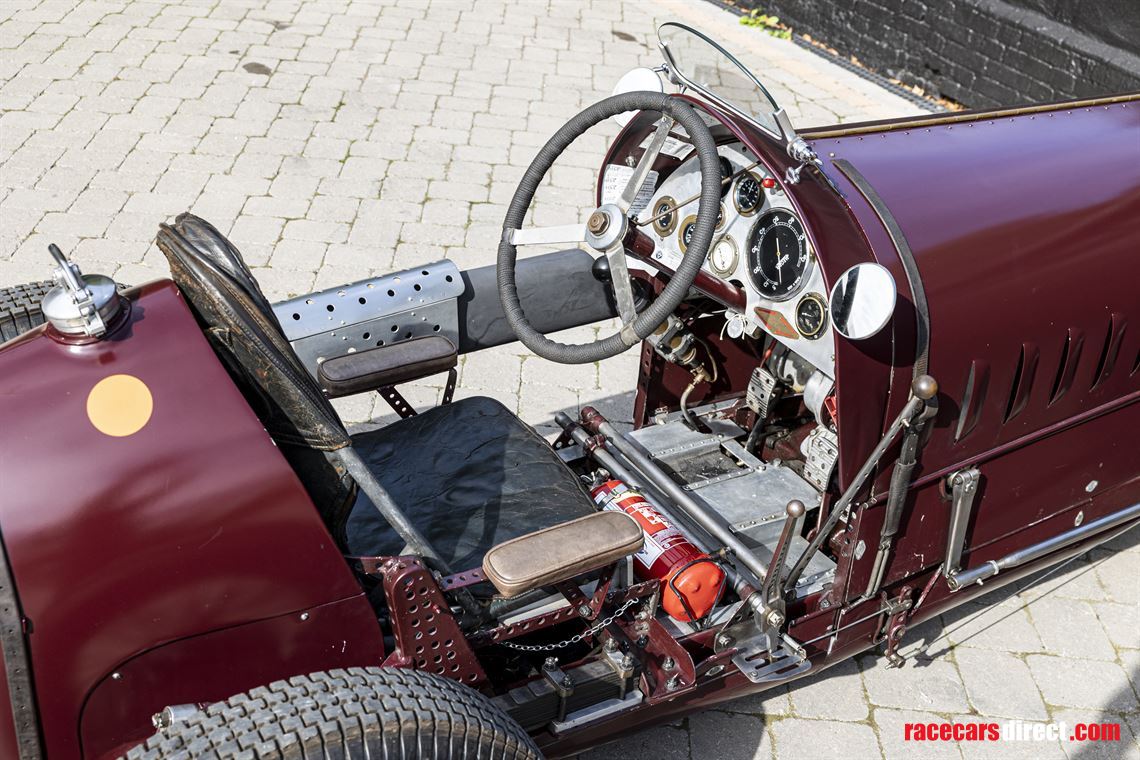 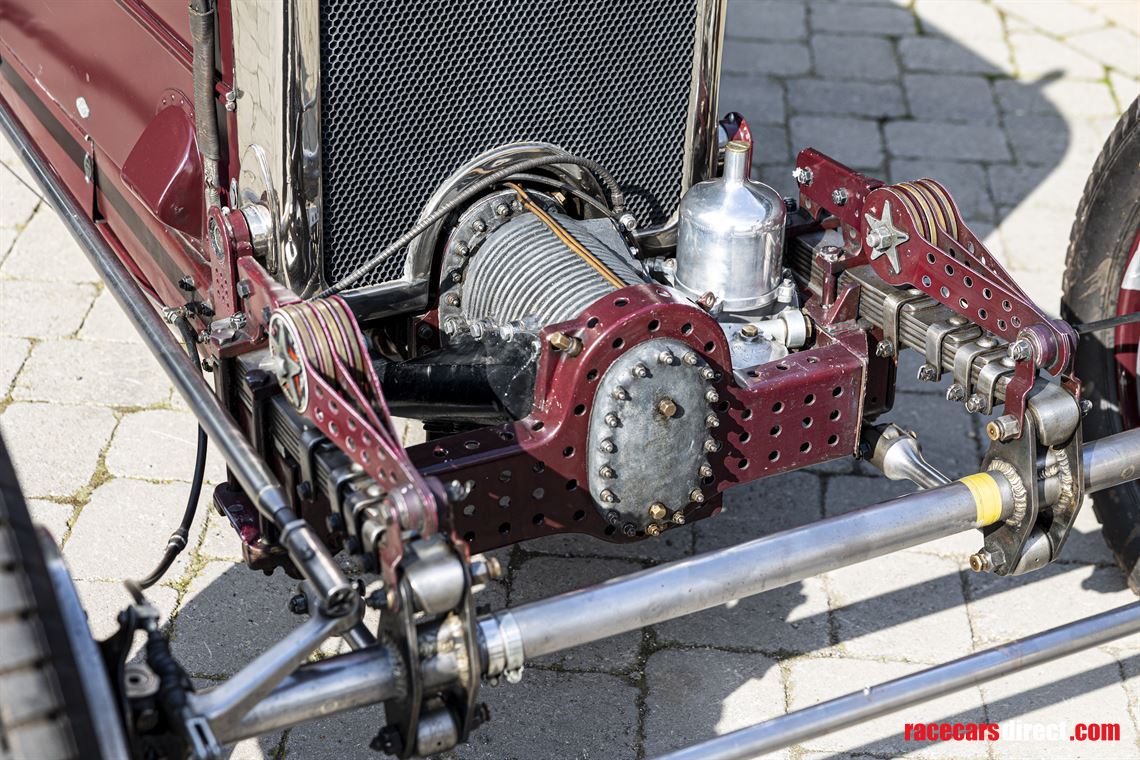 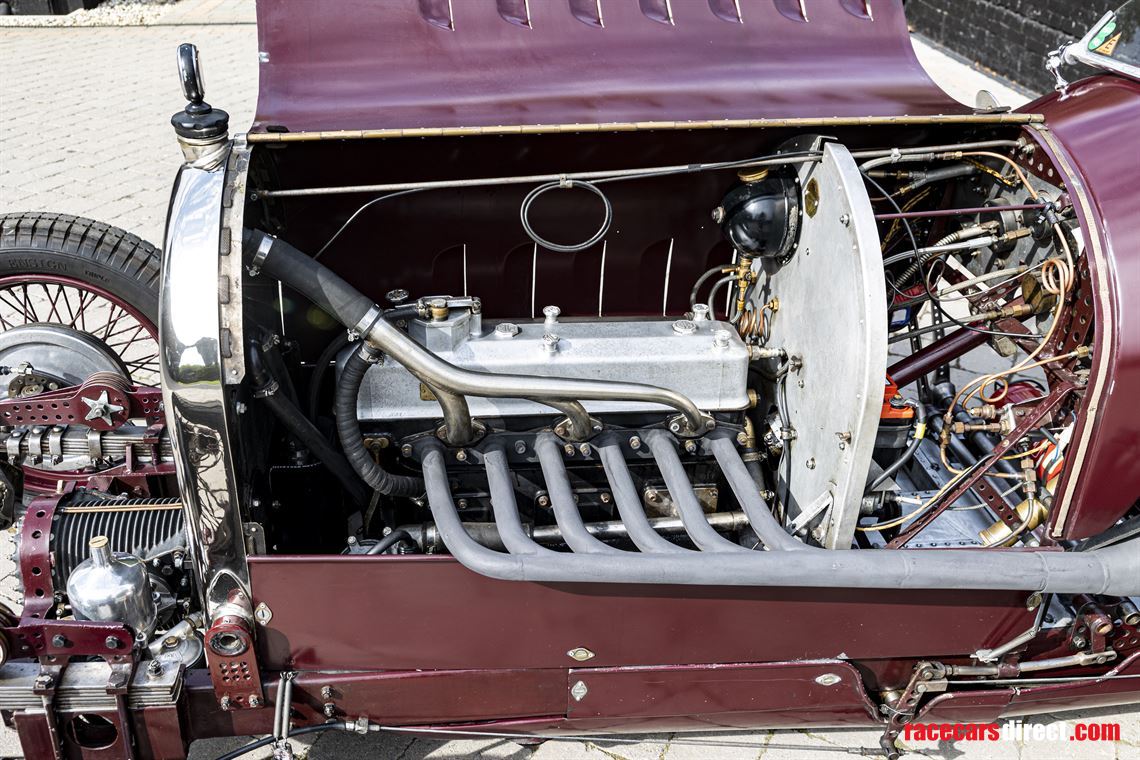 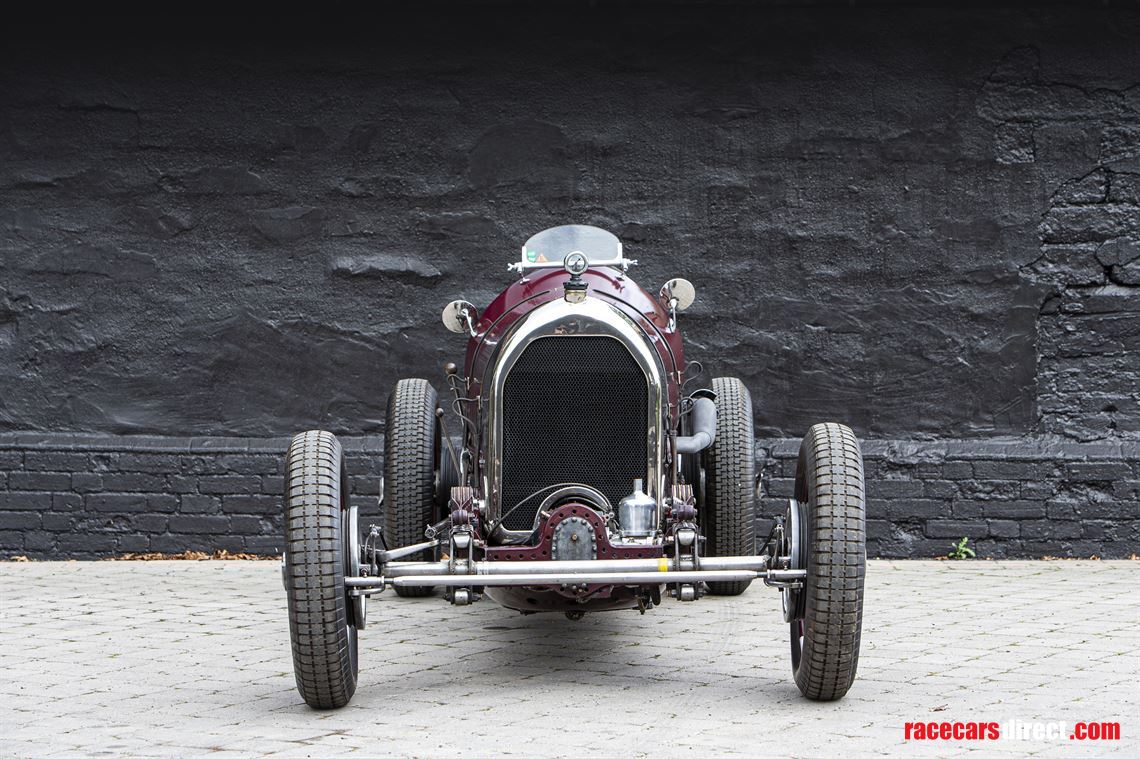 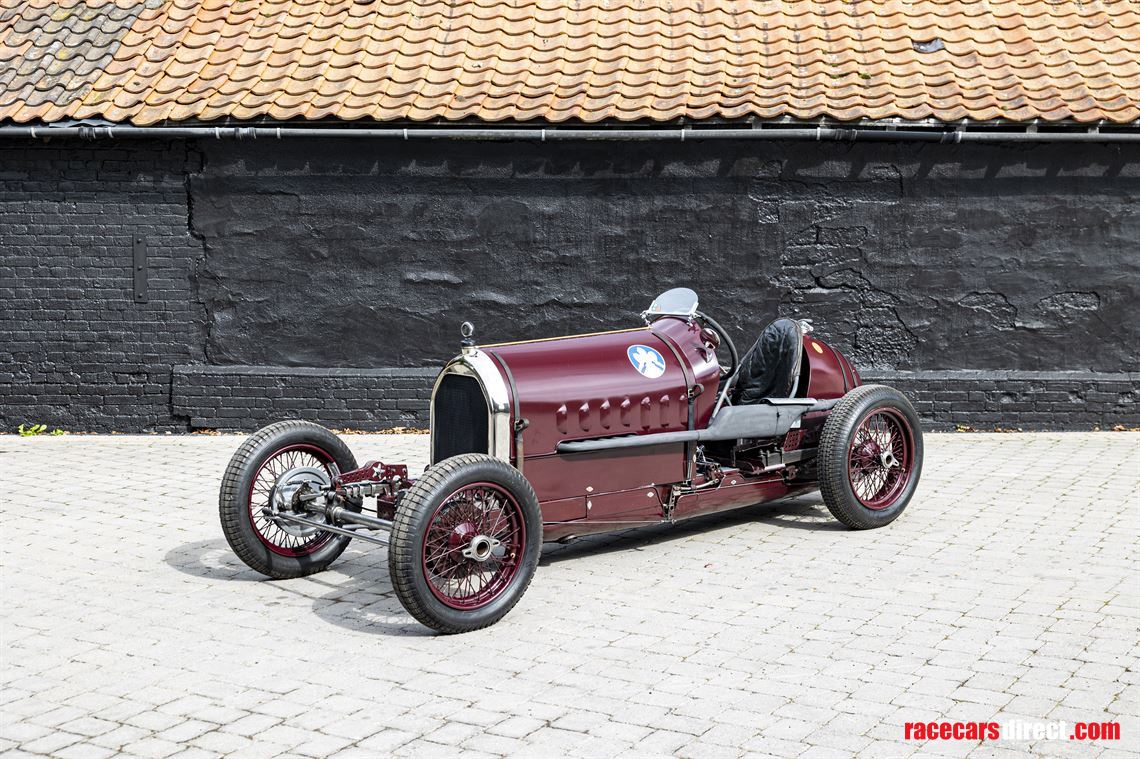 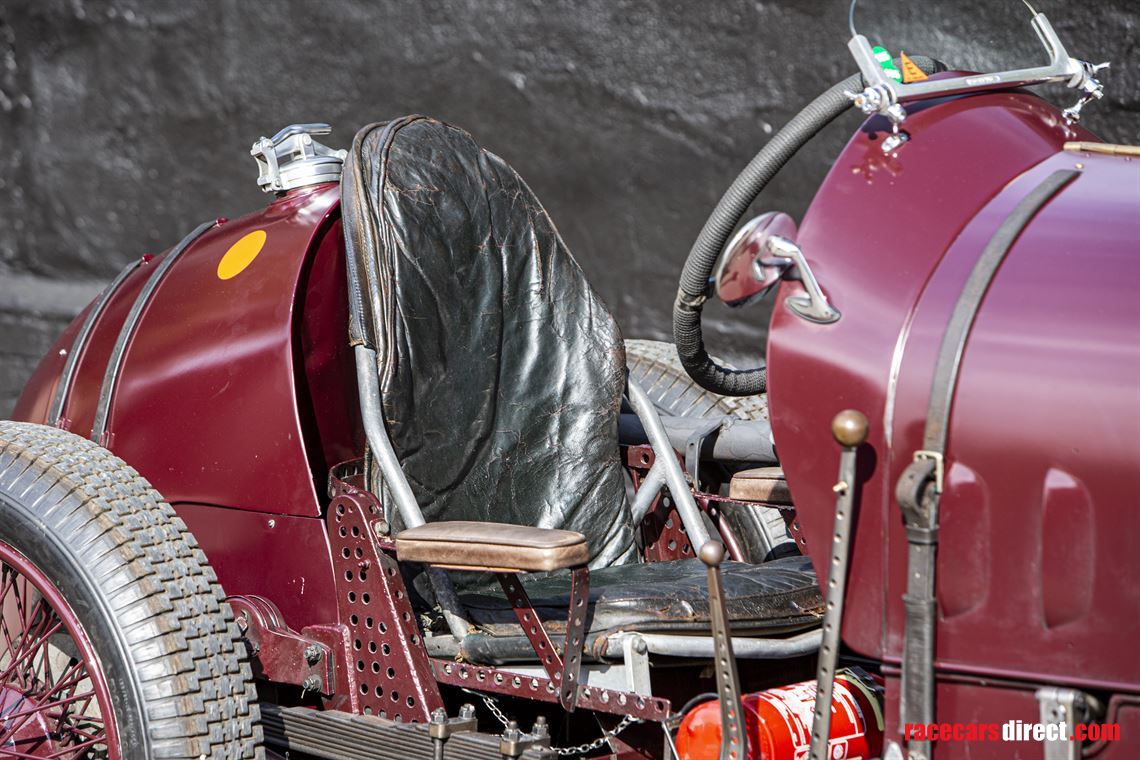 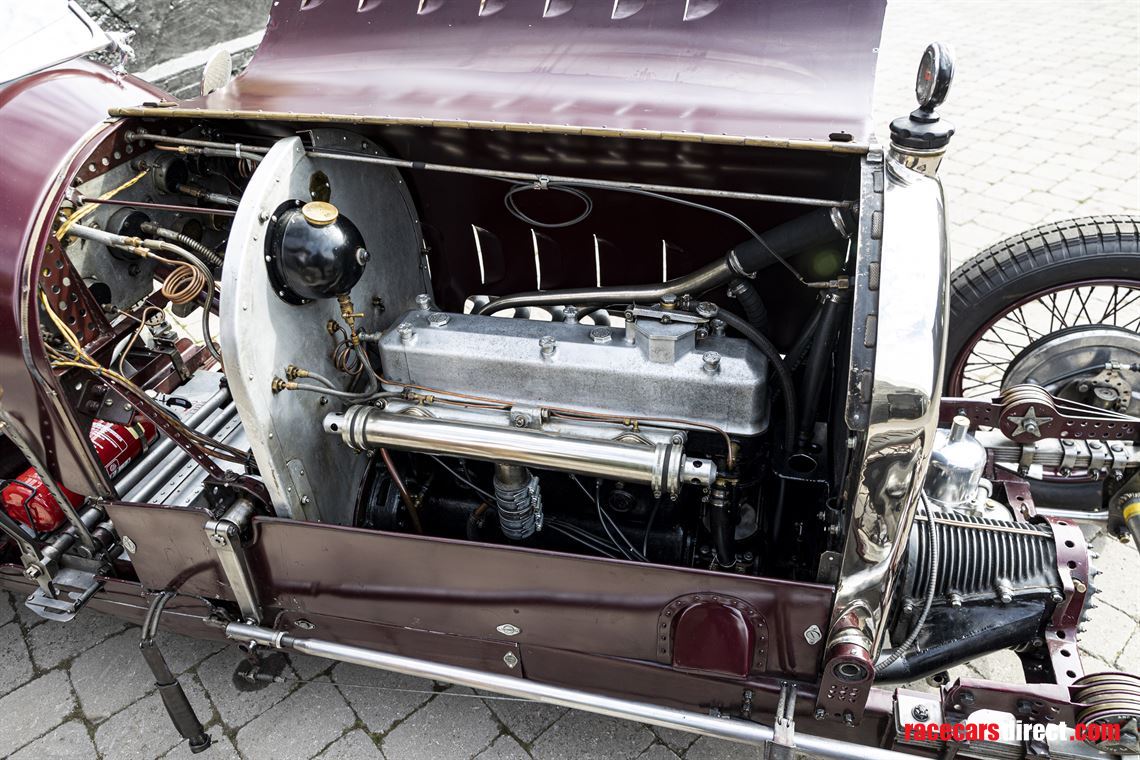 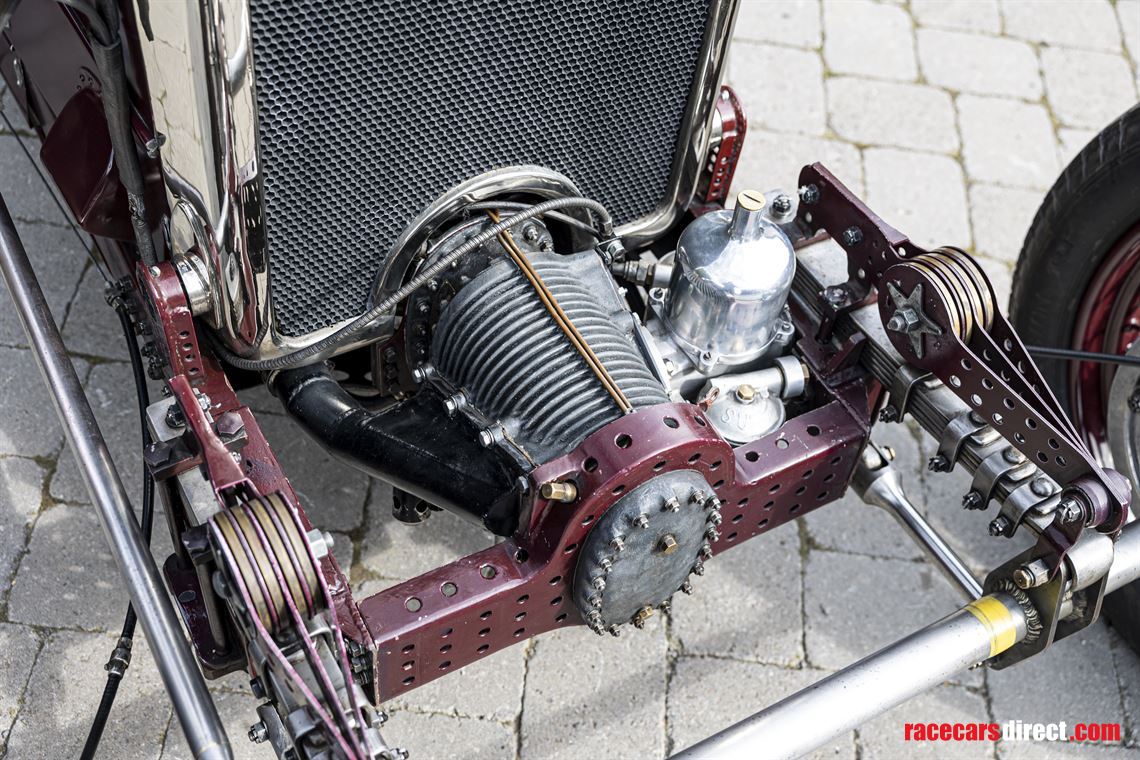 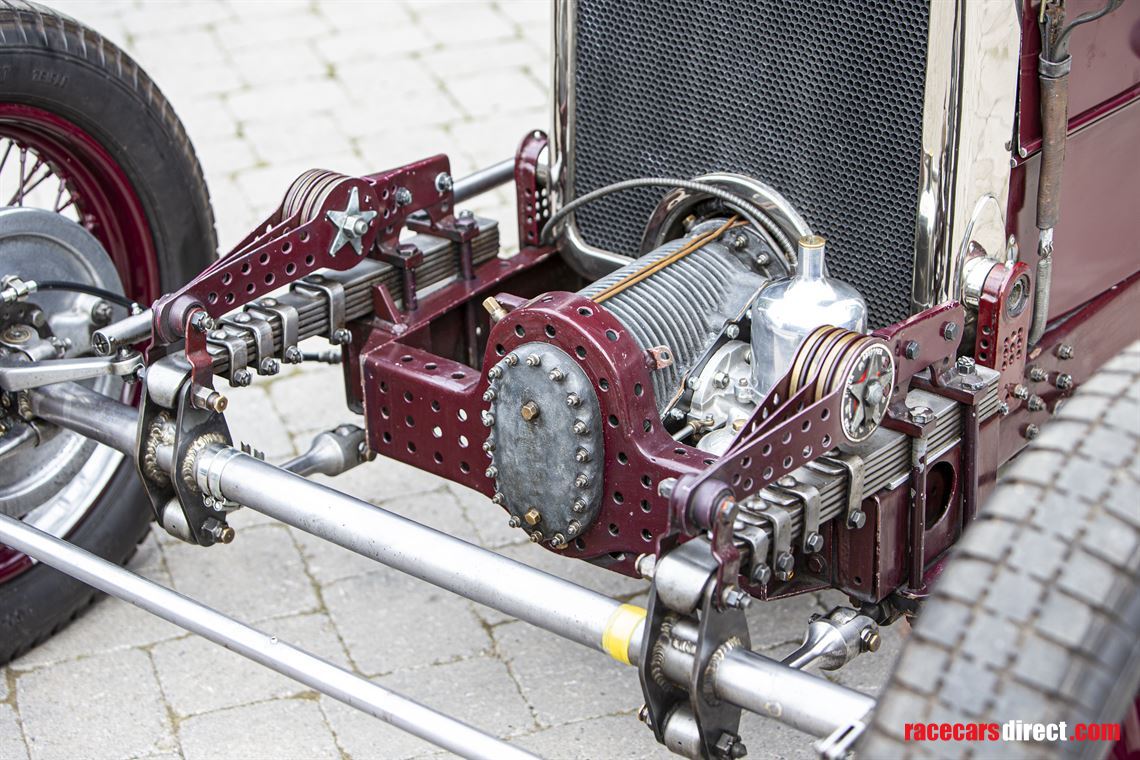 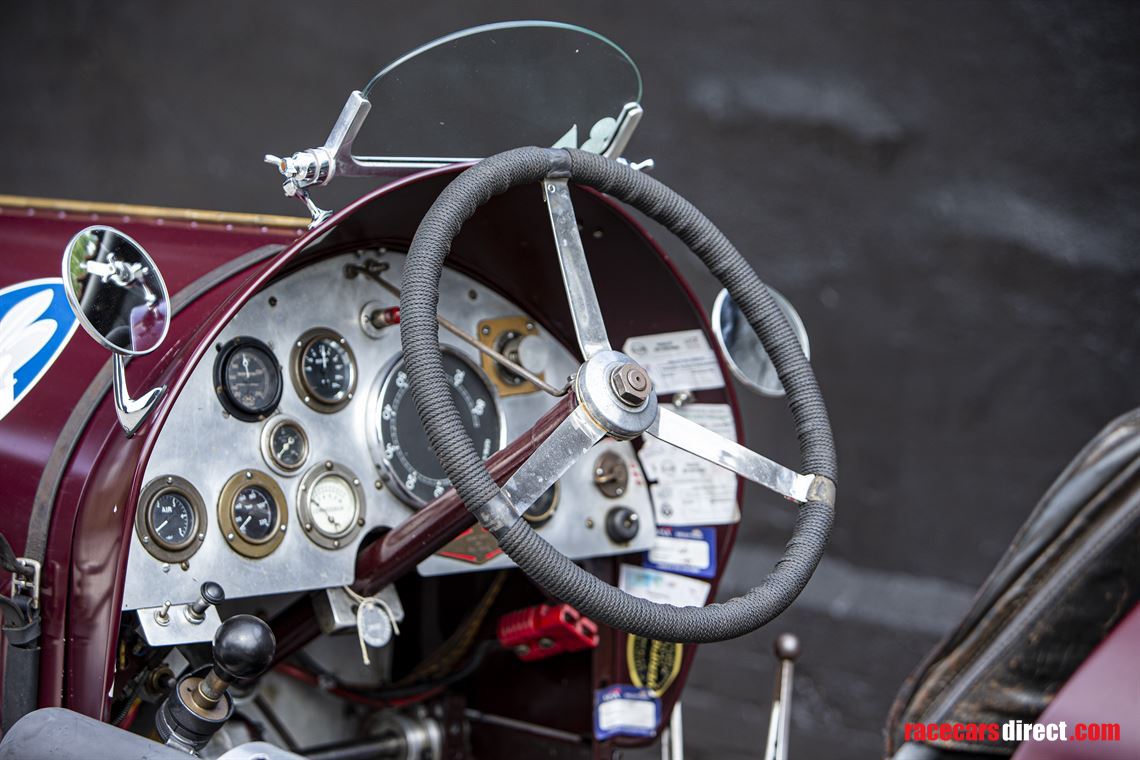 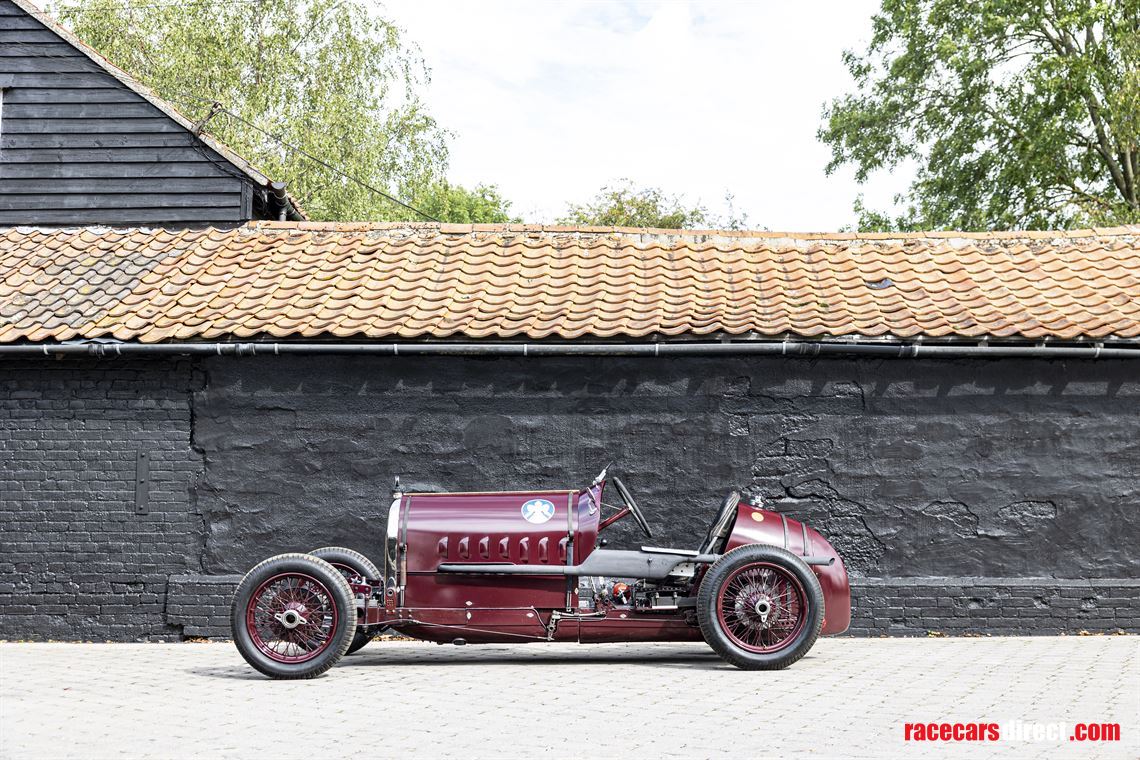 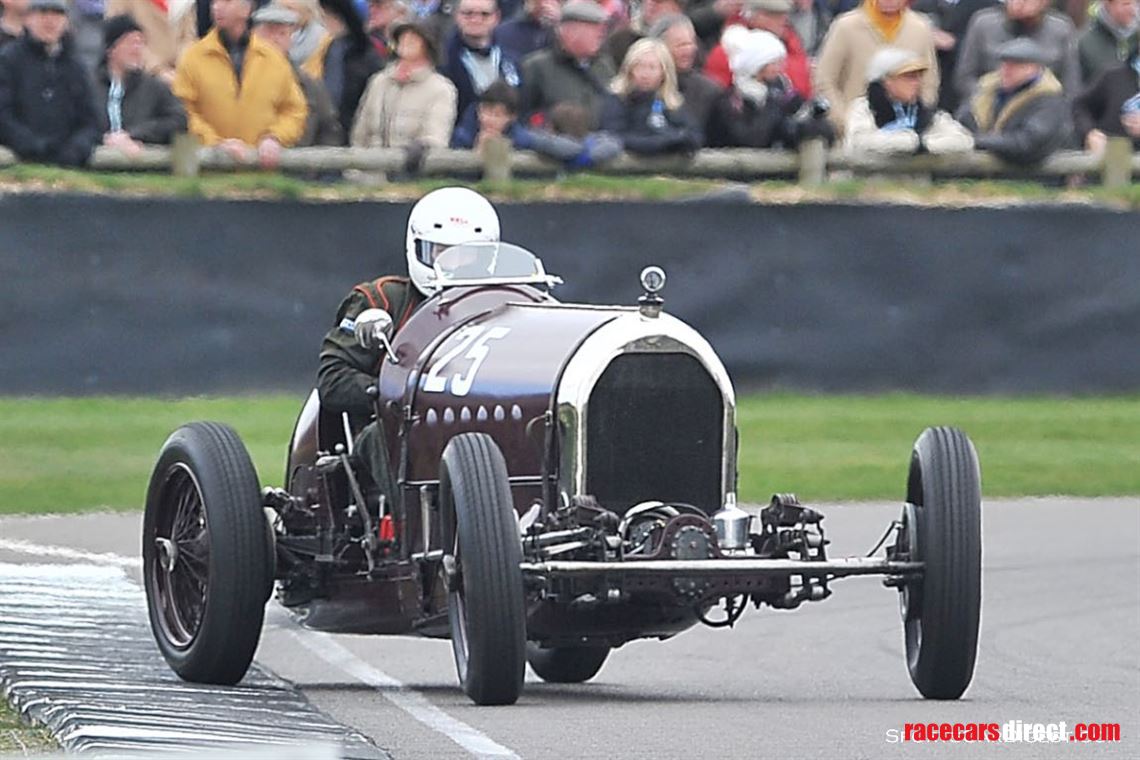 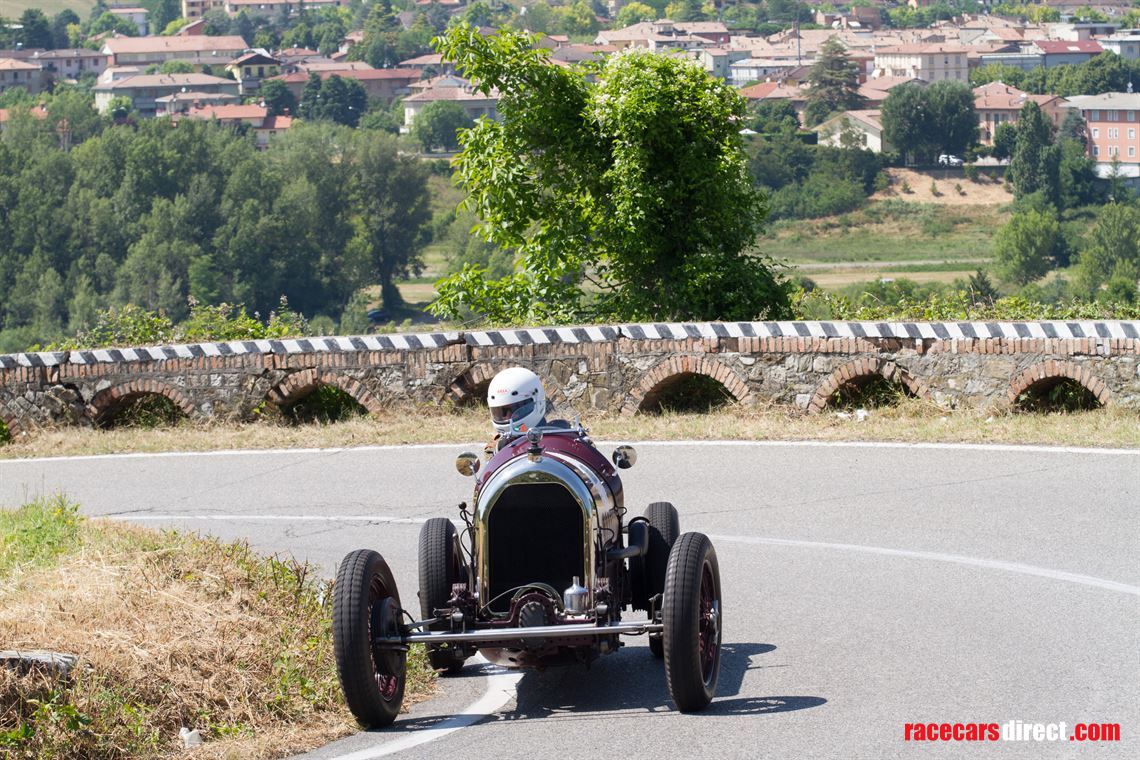 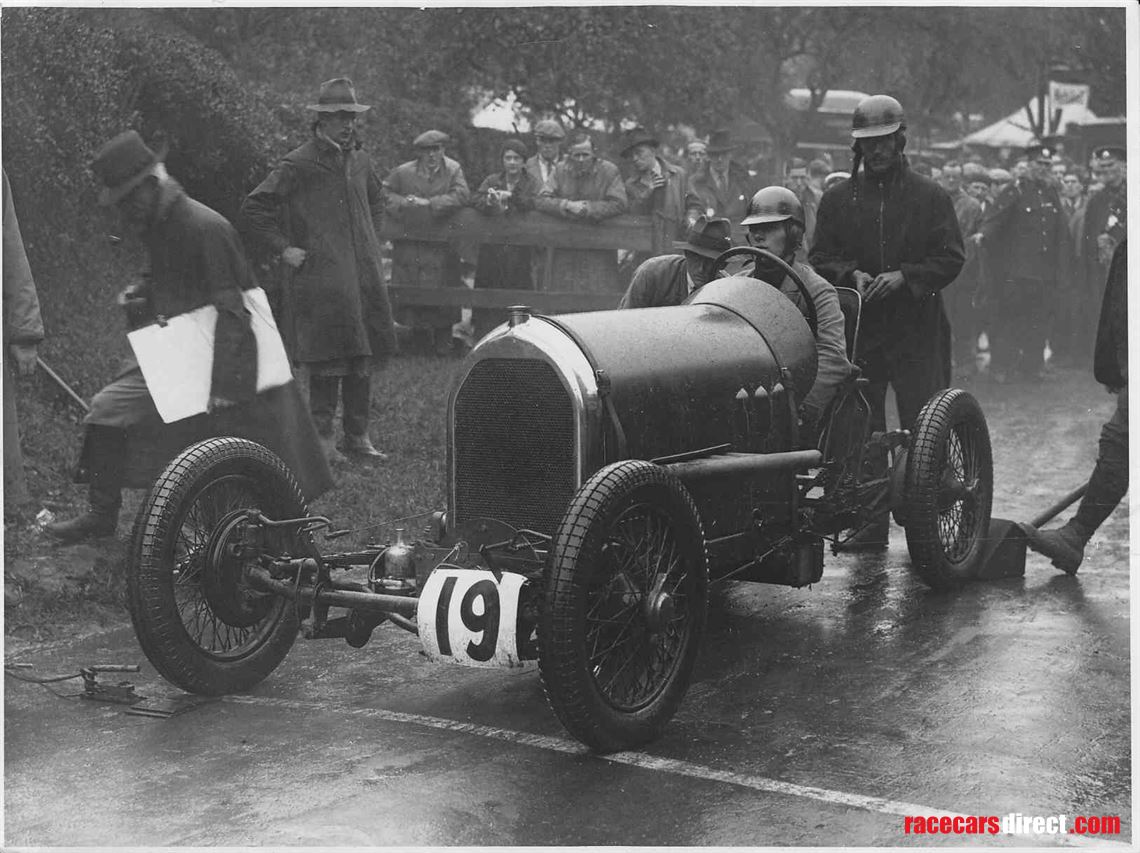 A very historic racing car from the golden era of skilled amateur engineer-racers- the 1930s.

The Richard Bolster is based on a Frazer Nash chassis and 4-speed chain-drive transmission with a fabricated front axle and Lea Francis steering and stub axles. Power comes from a supercharged MG 6-cylinder engine running on methanol. The radiator is Darracq and the seat is reputedly ex-DC3 Dakota!

The car was first built by Richard Bolster in 1932 after he decided that ‘Bloody Mary’, the famous special that was built by him and his brother Grand Prix Driver, journalist, commentator and inveterate special builder John, was too dangerous to drive anymore!

Its first incarnation was as a GN chassis with an 1,100cc V-twin JAP engine, but in the pursuit of speed the motor was soon replaced by a supercharged, straight-6 MG Magna engine from the famed Brooklands workshops of Thomson & Taylor, who did development work for MG and with whom Richard had a good relationship.

Bolster raced the car in this form at Brooklands and Donington, winning a race at the latter venue on one occasion, as well as taking part in many sprints and hillclimbs (see images on file). The MG engine comprehensively blew itself up and put a rod through the side of the block in 1937- reputedly while recording the sound of racing engines for the BBC!. To find yet more speed, Bolster next installed 4 Rudge 500cc dirt track, single-cylinder motors, The device was very quick indeed, but very difficult to start and run unless all engines fired up instantly. Which they rarely did!

In the interests of reliability, Richard turned to a 4-litre Hudson straight eight, which engine had impressed him in another special at Shelsley. The weight of the new motor was however too much for the aging GN chassis, so he acquired 2 new Frazer Nash TT Replica chassis rails from the factory and installed these, retaining the front axle and brakes that had given good service up to then. All this was done in 1939 with the September Shelsley Walsh meeting as its intended debut. But the War intervened and the car was stored when Richard left to join the RAF. He was sadly killed in action in 1940.

The Bolster Family held onto the Special after the War but agreed to sell it in the early 1960s to G.F. Grant (see images on file). Unfortunately Grant crashed into the bank at Shelsley in his first competitive outing and the car was again stored in a barn for several more years. The Special then passed through a number of owners, in a progressively more dismantled form until it was rescued and restored to the track by Peter Wigglesworth in 1986. The Hudson engine was sold on and is currently in the Triangle Skinner Special.

Peter decided to bring it back to life as the second version of its career with the blown MG engine. This was at first bored out to 1496cc, but has since been sleeved down to the current 1,318cc in the interests of longer life.

The car was sold on (through Dan Margulies) in the early 1990s to Paul Smeeth who raced it very successfully until an accident with the car at Silverstone in 2000. The car was then fully rebuilt by Paul Myers and John Bibby (see restoration images on file) although it saw limited track use after the rebuild. Part of the reconstruction saw the car converted to 2-stage supercharging, with a second blower under the bonnet, chain-driven from the flywheel.

The current owner purchased the Bolster at the end of 2011 and has developed the car steadily since then. The second blower has been removed to return the car to its original period format and to make it a more controllable drive. Although it had a staggering power output (193bhp at the rear wheels is rumoured), with the 2-stage format, the power delivery was brutal and difficult to control.

The car has competed in many VSCC events, including Prescott and Shelsley Walsh and twice been invited to compete at the Goodwood Members Meeting, the last being in 2018 for the Bolster Cup for pre-War specials. The owner has also taken it to participate in France at the Vintage Montlhery event, the Etretat Hill Climb, and the Vernasca Silver Flag in Italy.

The car is offered in track ready condition with a new fuel cell inside the metal tail unit. The engine was rebuilt by James Gunn, the MG expert, at the end of 2014 with a reconditioned supercharger from John Bibby. More recently the supercharger has just been serviced by Bibby and the engine checked over by James Gunn prior to sale. Any other engineering work has been carried out by the world renowned Blakeney Motorsport. The car is accepted as eligible by the Frazer Nash Car Club, holds a VSCC Buff Form and is UK road registered.

A true piece of British motor sport history, offering terrifically nimble handling and great traction from the Frazer Nash chassis, coupled with plenty of power from the classic blown 6-cylinder MG engine. The Richard Bolster is as effective as it is fascinating, with a proven record of eligibility for Goodwood and beyond.

Replica of the 2002 World Championship winning car with Michael Schumacher.

Condition: practically unused. Only 50 km done around the house. 0 km on the super stages. Bell for