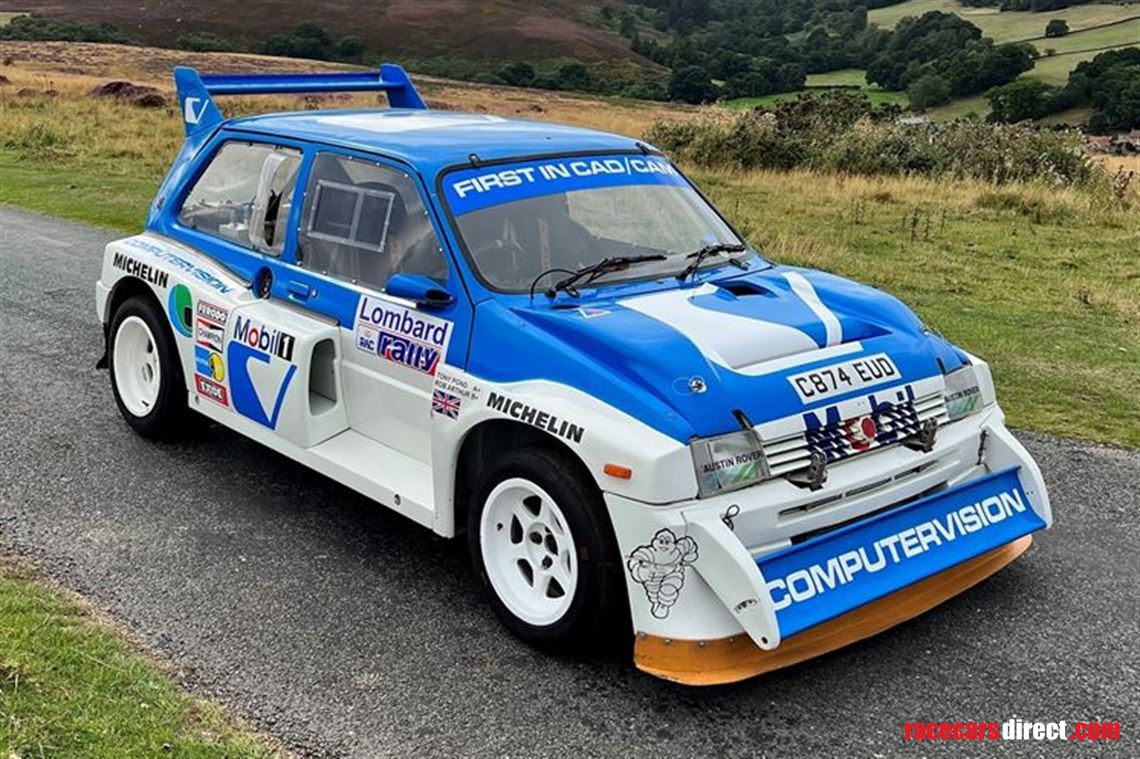 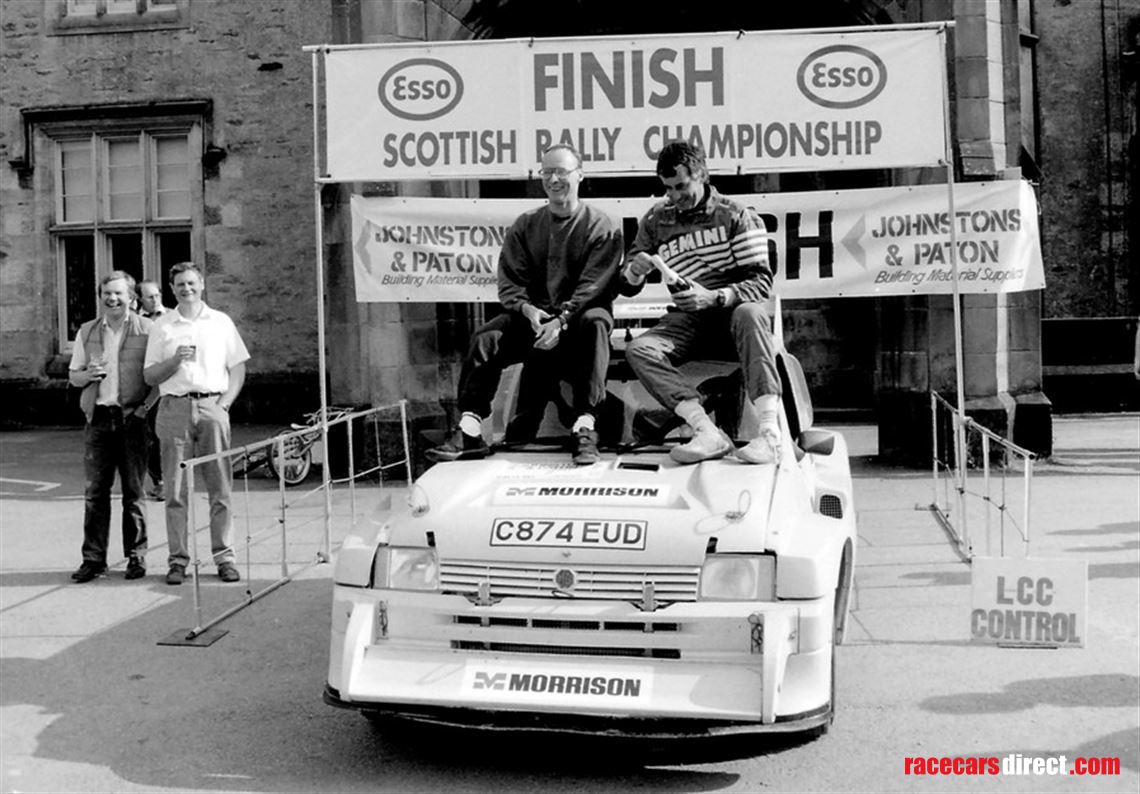 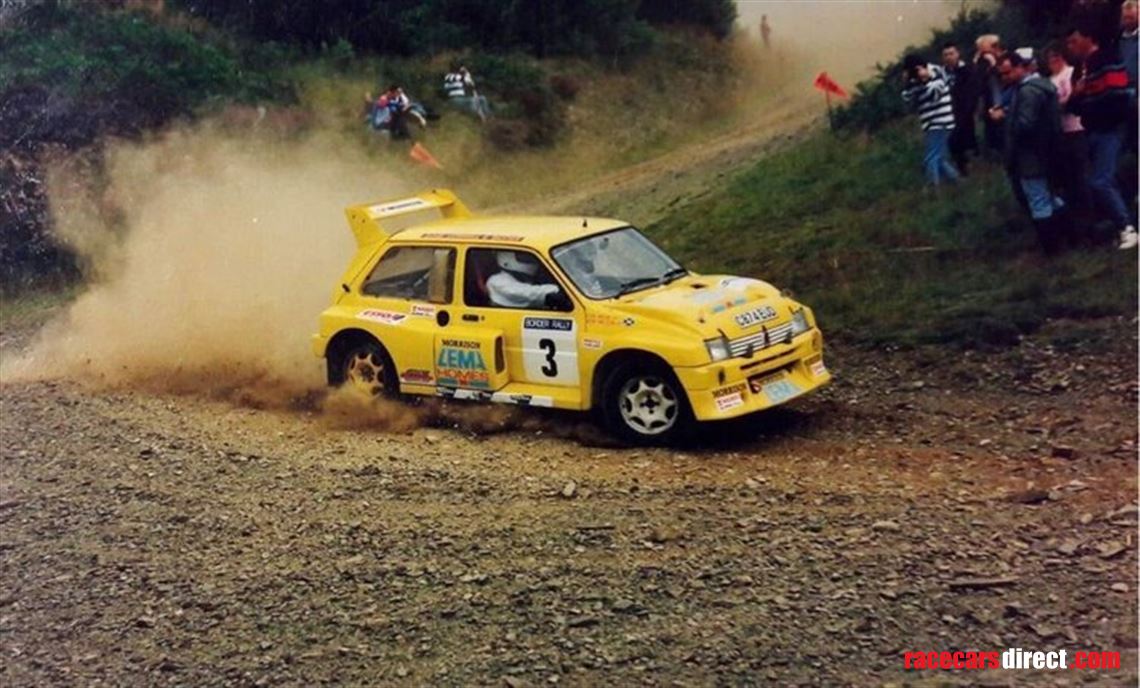 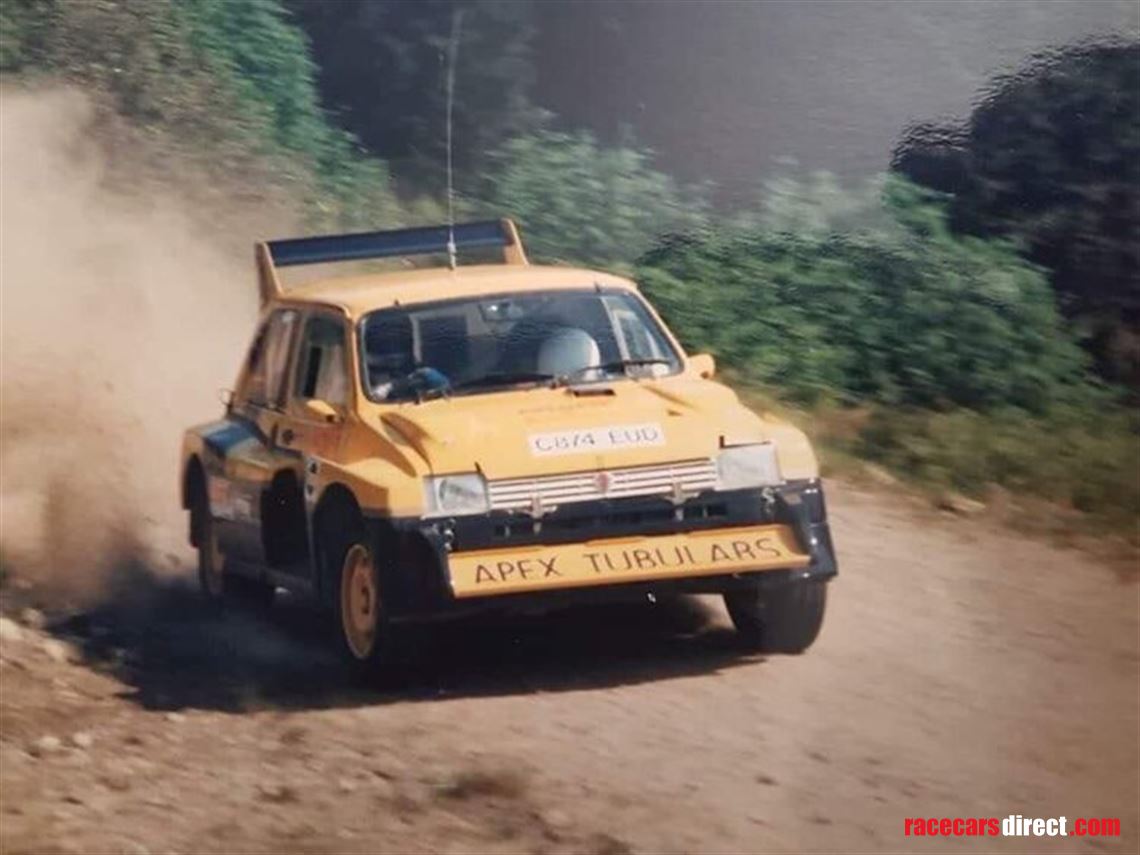 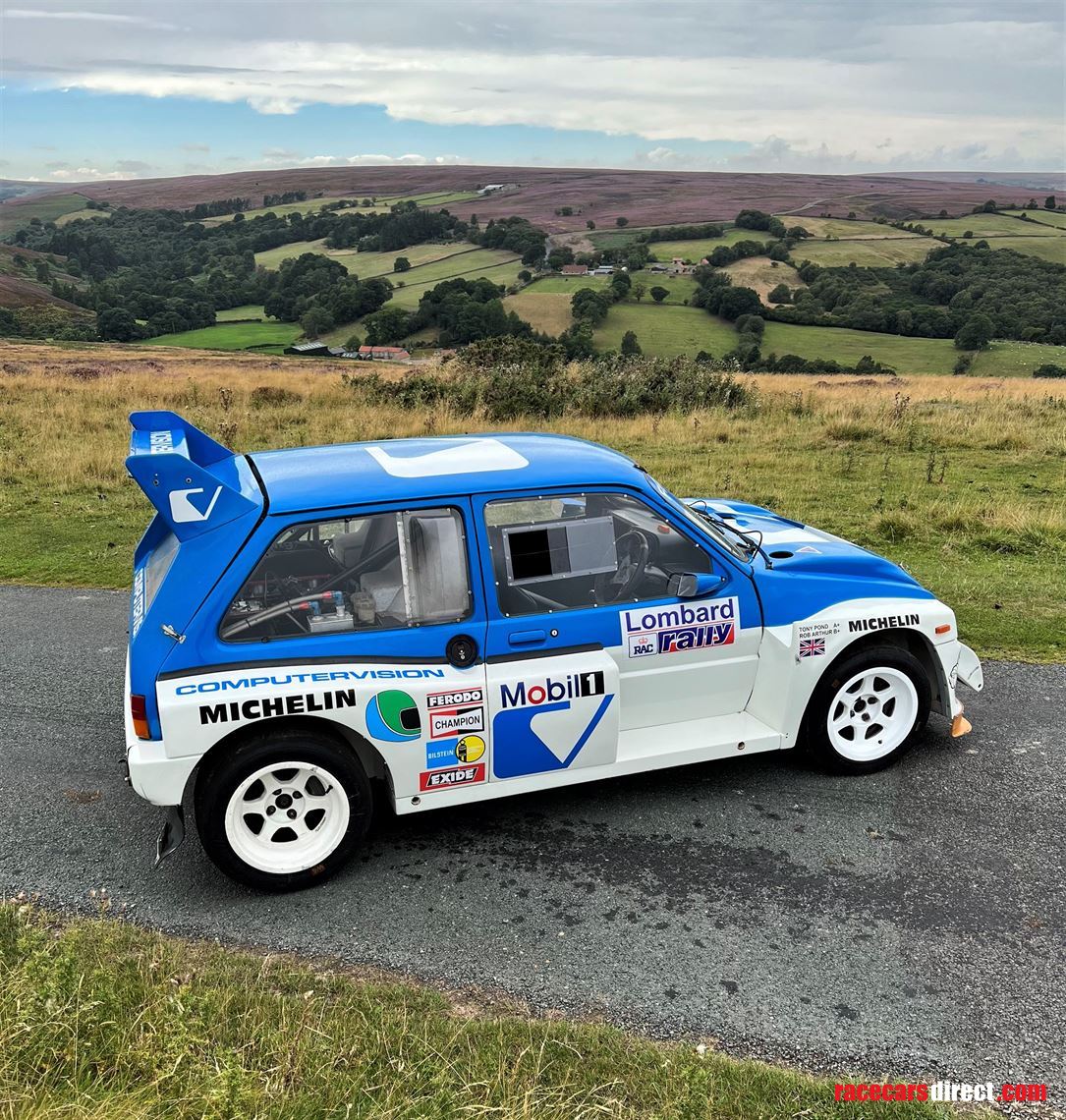 These Works prepared chassis were ordered by the Works to full International 410bhp specification, to be pressed into competition immediately with the Lombard RAC Rally of November 1985, which was entered by C867 EUD driven by Malcom Wilson, and C869 EUD in the very capable hands of Tony Pond, who finished 3rd overall.

C868 EUD and C870 EUD went on to debut with Wilson and Pond at the Monte Carlo Rally the following January, C872 EUD was destined for a short career in tarmac rallying in the hands of Tony Morgan, which leaves our car, C874 EUD.

Initially pressed into service as the 1986 test and development car, and works recce car for Pond and Wilson, after the demise of Group B in 1986, 874 became the National Test car for 1987 before going on to have prolific and highly successful rallying career in the hands of privateer Donald Milne. Taking up rallying to “relax” from his business commitments, Milne was a committed and passionate driver and a mentor to a teenage Colin McRae, often lending young Colin cars in order to get his career moving.

Milne acquired 874 after the end of Group B, modifying it to qualify for Clubman 2.5 litre category rallies. In this guise 874 rallied from 1988 through to 1992, participating in 17 rallies across the United Kingdom, winning the Esso Scottish Rally Championship in 1991 and competing as far abroad as Indonesia in the Starko Rally of 1988. For 1989 874 went to prolific rally driver Peter Lloyd, finishing second in the Welsh SGC Printing Harry Flatters tarmac rally, also the Metro 6R4 Trophy Race supporting the FIA Formula 3000 Birmingham Super Prix race, which incidentally was won by Tony Pond.

The Metro 6R4 continued to participate in events such as the 1990 Johnstons & Paton Rally in Argyll (which it won), and 3rd on the Scotphone Stages. In 1994 Milne teamed up again with Bob Wilson and wheeled out the MG Metro 6R4 once more. He started the season with a bang, winning the Snowman, finishing 3rd on the Valentine behind George Gauld and Neale Dougan, and then beat arch rival David Gillanders to the victory on the Granite City. He next won the Weldex ahead of Dougan and was 12th on the RSAC Scottish after trouble with the car, and that was it, rallying finished.

In 1994, having done everything he had hoped to do in 874, Milne decided to hand the baton over to a new custodian, in stepped fellow collector and enthusiast James Leask, who kept the 6R4 in his collection for a further 9 years before title passed to our current vendor. Our client, a noted racing and collector, acquired 874 in 2003, proceeding to return it to its correct 1985 Works specification. The engine was rebuilt to full International specification by highly regarded specialist Goodmans, fuelled by the correct Lucas injection system. The body was stripped of paint and returned to period-correct Computervision livery.

C874 EUD is offered complete with FIA papers and a UK V5C Registration Document, and period RAC logbooks and scrutineering signatures, documenting rallies entered over it’s career. Also included are period magazine articles relating to our car, in addition to several images and prints of the vehicle in competition.

One of a handful of works Group B Metro 6R4 rally cars exist, and C874 EUD, this wonderful survivor, with continuous ownership history from new, is placed directly on the scene of a legendary period in rallying.

The 6R4 will be sold via live auction on Saturday 8th October with Dore & Rees in Frome, South West England. For more detail please contact our office on the above details.

Fresh built, a stunning Lo-Loader Transporter for many makes of competition, Classic cars.

Known history from new, first registered in 1983 by VAG UK in Milton Keynes.