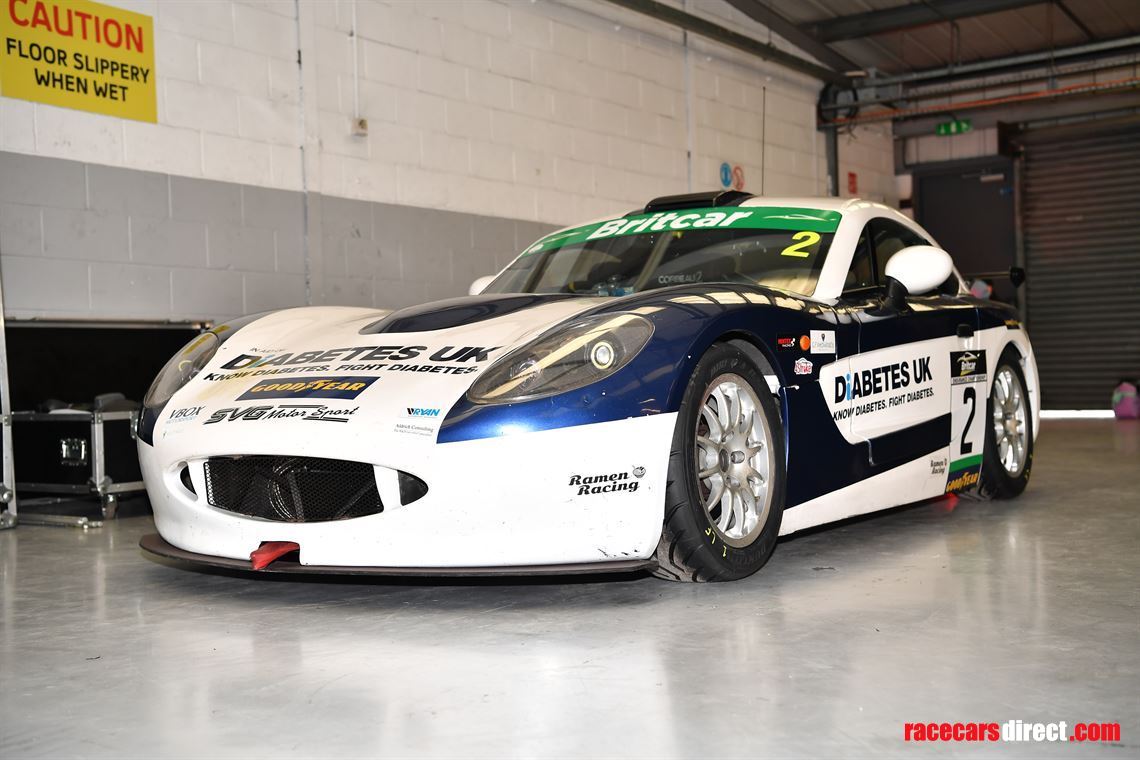 The car is a 2014 model and has been in my ownership since 2017. It was always maintained by SVG Motorsport to the highest standard. Initially it was used for track days before competing in the Bricar Endurance Trophy where it came 3rd in class in 2020 and 2nd in class in 2021, last year scoring 9 podiums from 12 races. The car was developed for endurance racing away from the GT5 spec, with a carbon fibre roof vent added for better airflow inside and a front splitter. It additionally has a fully custom made Simpson race exhaust allowing the use of a non-standard custom race engine.

The engine currently in the car is the standard spec Ginetta GT5 race engine that has been used for 2 seasons of track days. The Quaife sequential gear box in the car was rebuild at the start of the season by Ginetta and has since done 3 hours of running during a track day.

Car has fully working air jacks and is painted white under the livery. Seat, belts, extinguisher and fuel tank are all up to date. As it was raced, it has the usual battle marks, but it has been tied up at the start of the season. Privately owned so sold with no VAT. Can be viewed by agreement at SVG Motorsport in the Gatwick area.

Available by separate negotiation is a spare Quaife sequential gearbox that was purchased brand new at the start of last season and used during few races. I also have 5 additional sets of wheels (so 20 wheels in total) with 4 brand new sets of Dunlop Direzza tyres and 1 brand new set of Dunlop wets. Tyres have been through one heat cycle and are scrubbed in, ready for racing. Those can be purchased separately or as a package.