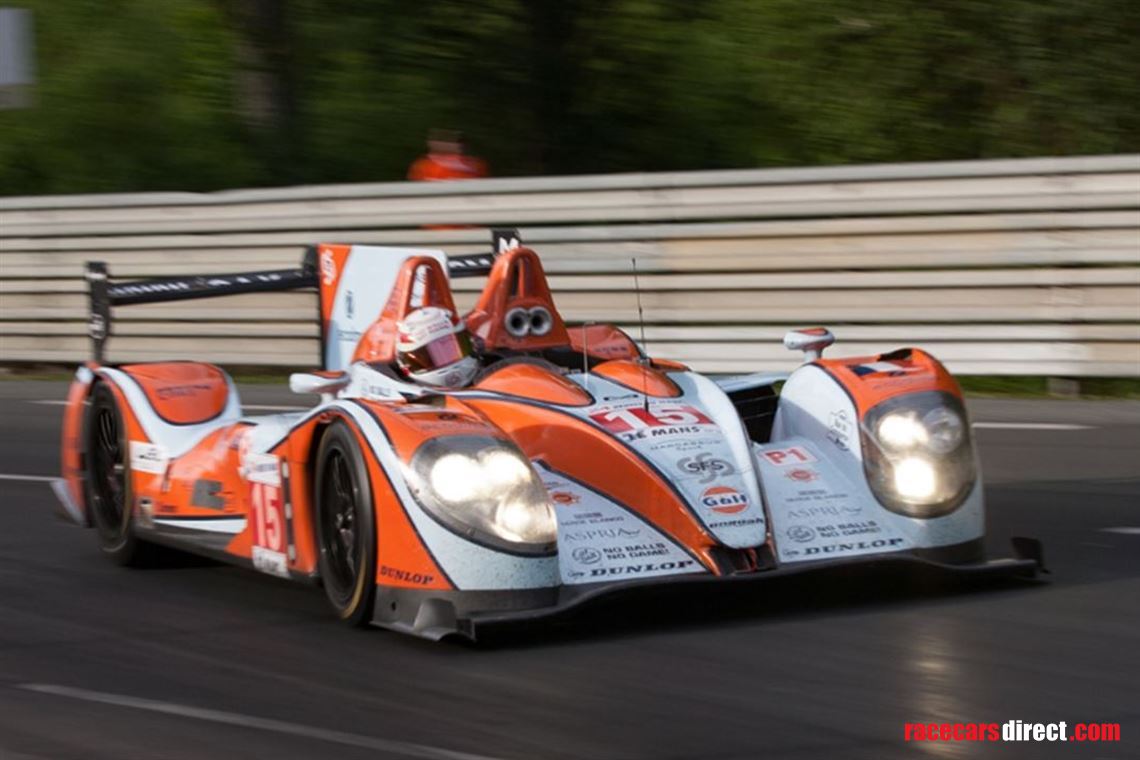 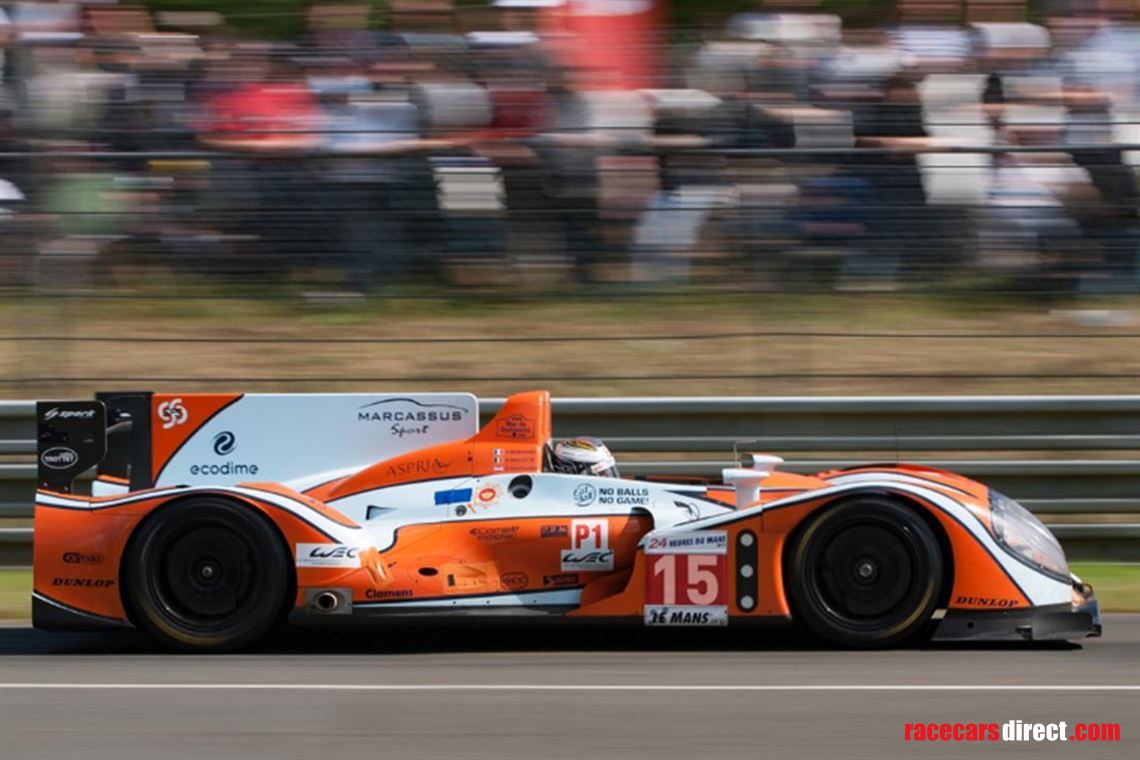 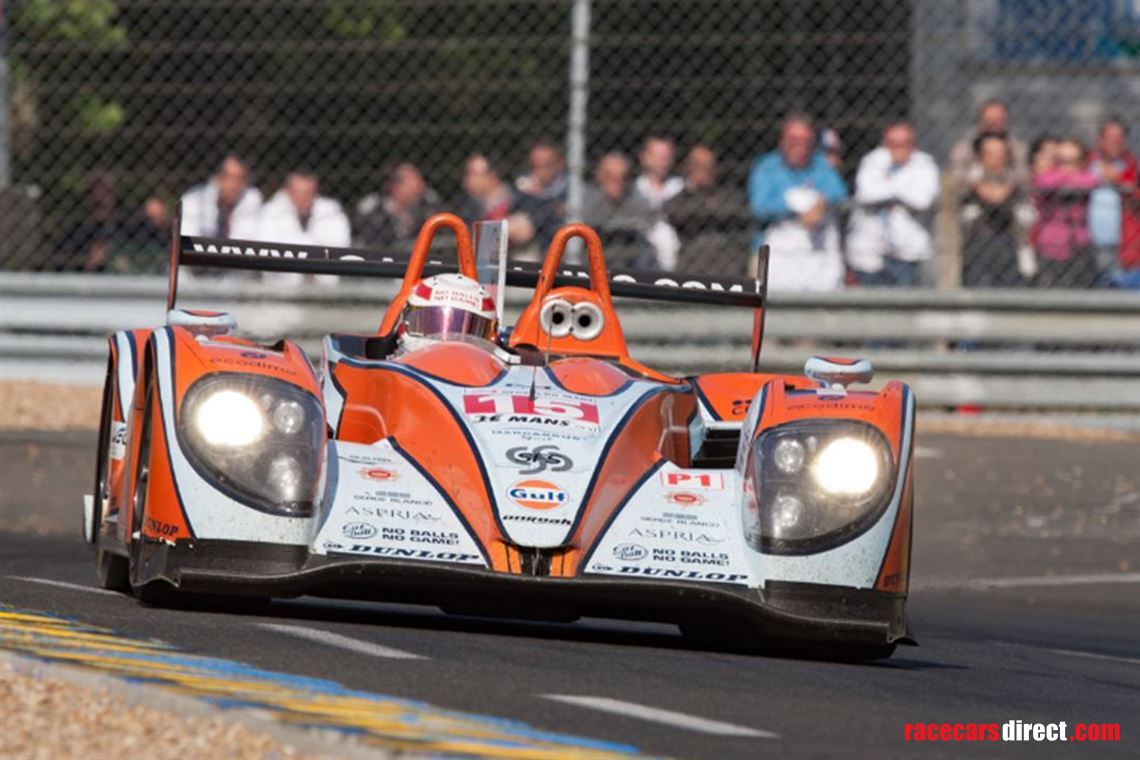 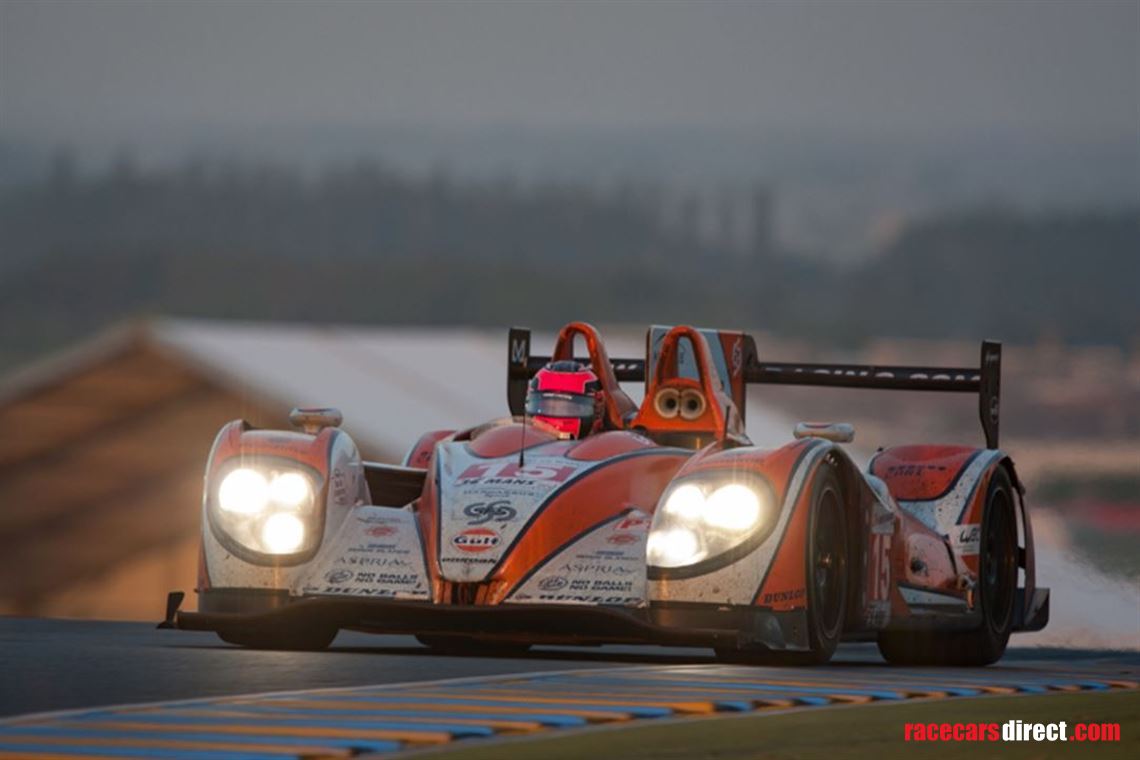 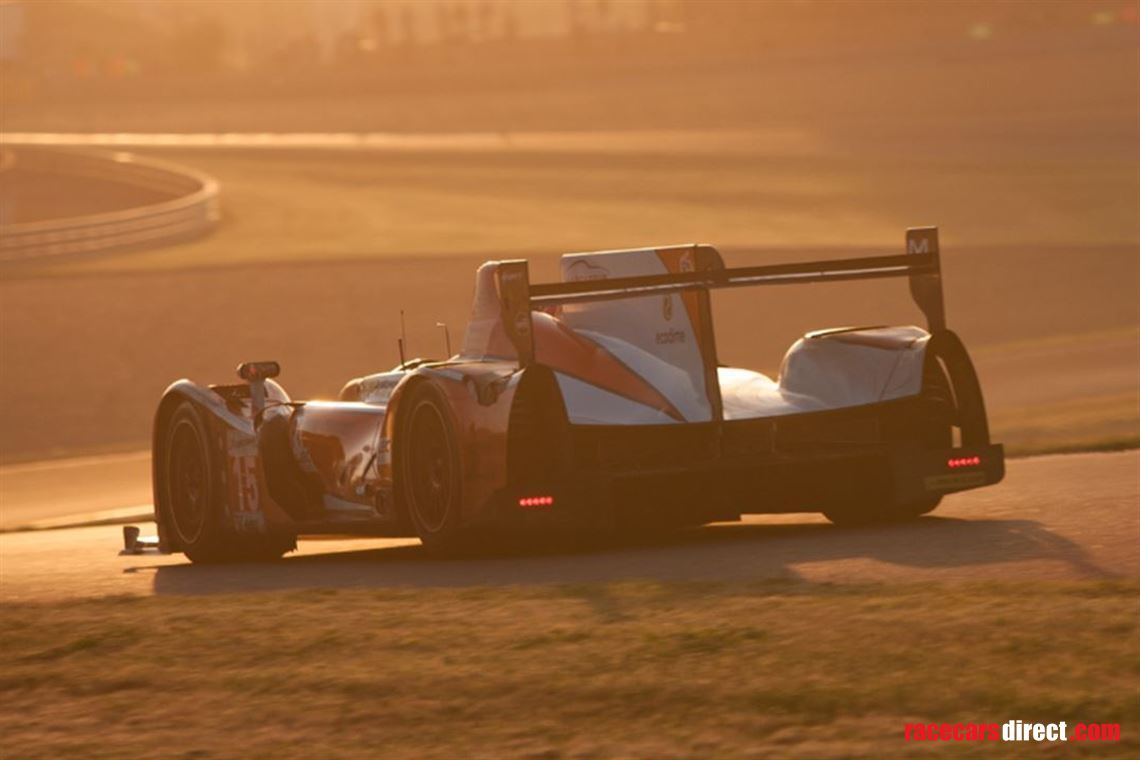 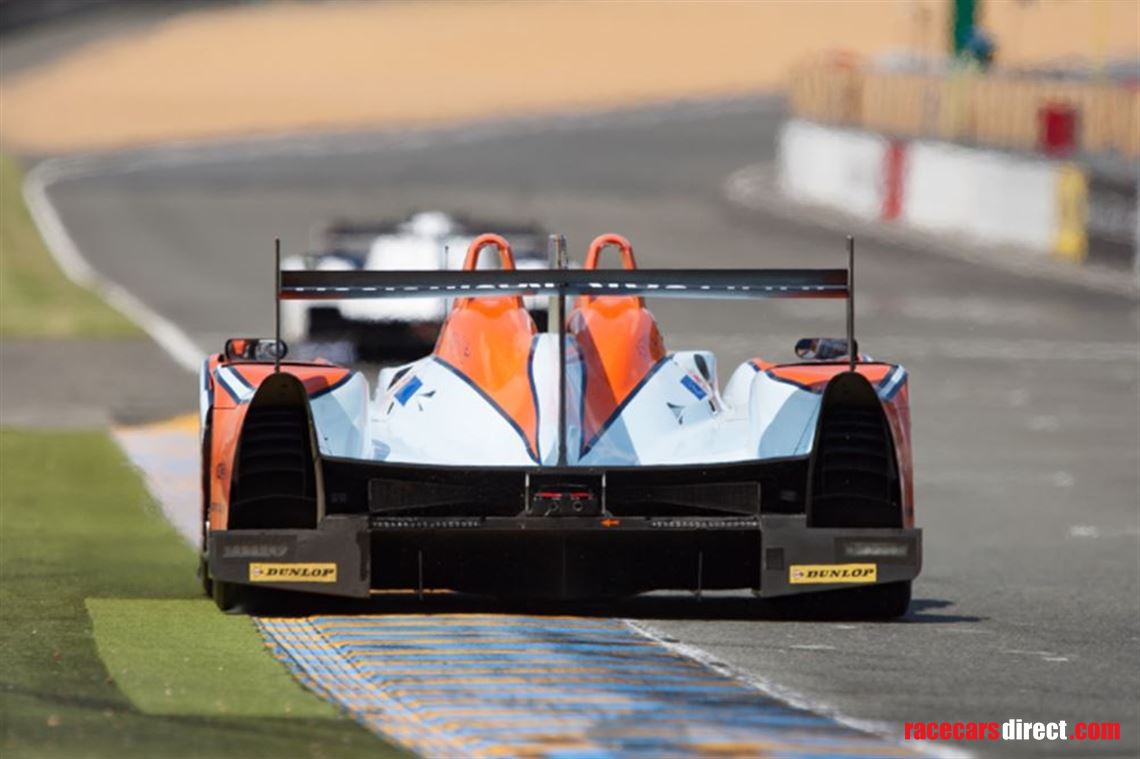 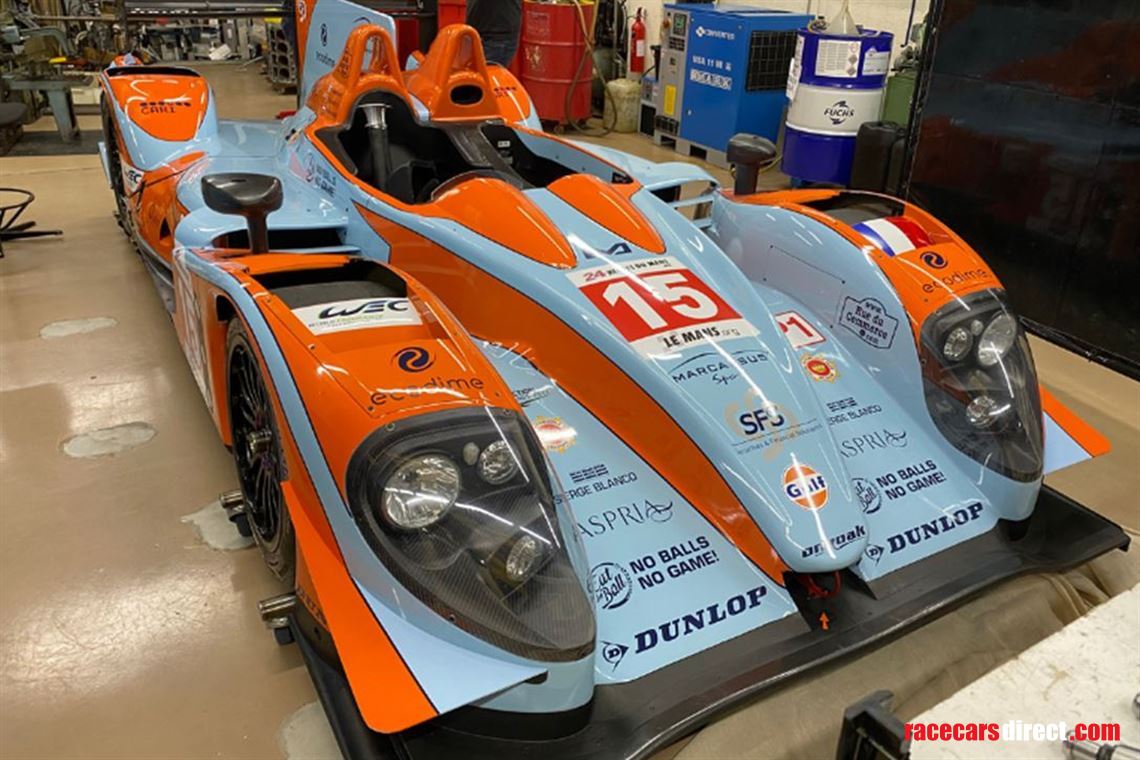 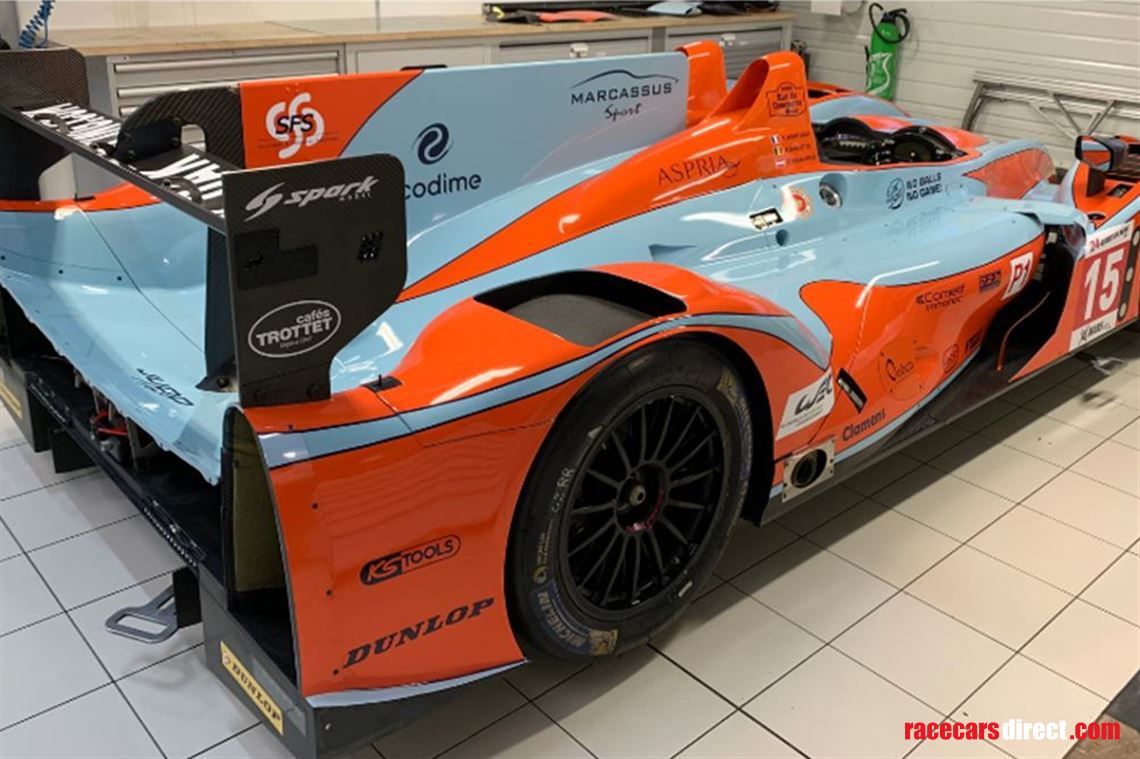 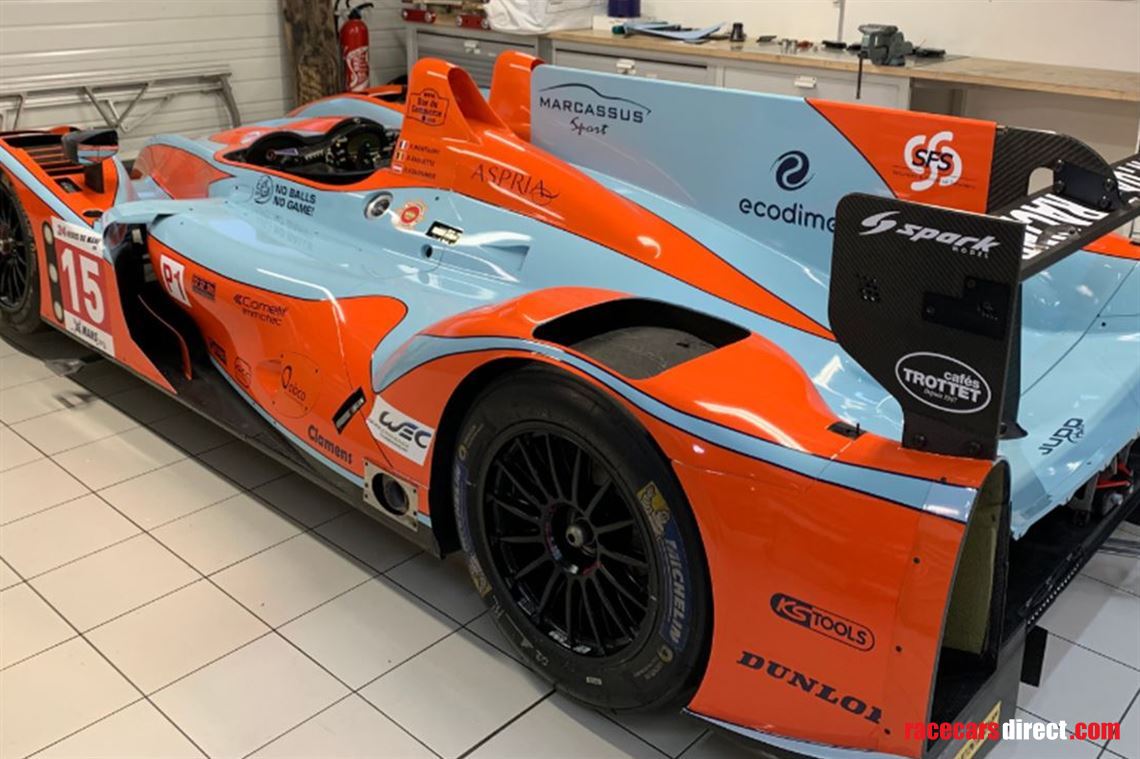 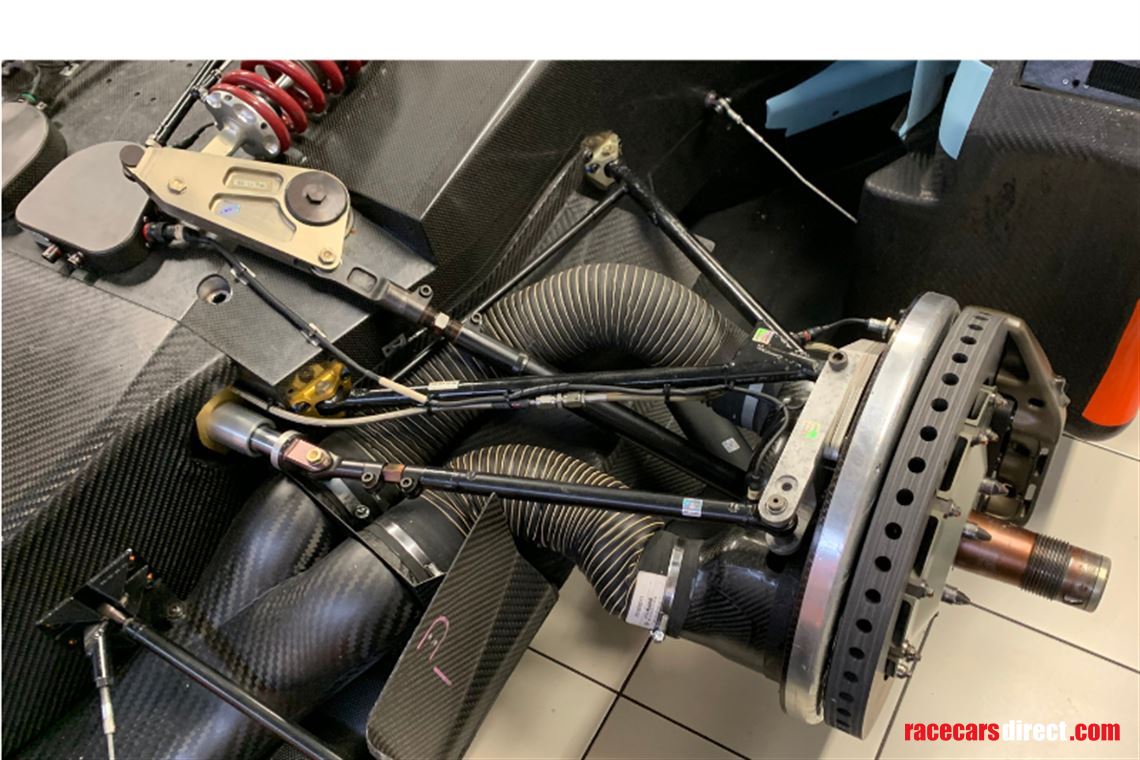 After his adventure initiated in 2000 with a Courage chassis and then the strong ties he forged with the Le Mans-based firm, Henri Pescarolo was making such a large contribution to developing the cars entered by his team that he decided... to make his own car! This was a successful conclusion to an logical progression in line with the great stories of racing, such as the Jean Rondeau saga in the 70s and 80s. While the Pescarolo C60 was the first LMP1 designed by the former endurance driver’s team, it borrowed everything from the Courage C60. The Pescarolo 01 was the first real "in-house" creation, as its name, 01, suggests. Ascott Collection is today pleased to offer one of thee 01s for sale, the P01-12/2011 seen racing at the 24 Hours of Le Mans in 2012.

The Pescarolo 01 is a prototype that made its appearance in 2007 and was entirely built by Pescarolo Sport. The car was designed to meet LMP1 and LMP2 regulations, replacing the C60 chassis which itself derived from cars bought from the Courage Compétition team. A form of kinship can be seen with the cars previously entered by "Pesca’s" Greens, namely the Courages C52 and C60, and then the Pescarolo-Courage C60.

The "kinship" is clearly visual, with the first 01 imitating the bodywork of the C60. While the 01 chassis remained largely unchanged in 2008 and 2009, Pescarolo Automobiles’ takeover by Oak Racing saw the cars rapidly evolve, up to the final versions of 2011 and 2012, of which chassis no. 12 which is now up for sale is the logical conclusion.

Oak Racing concluded an agreement with Pescarolo Sport (Sora Group) to take over the manufacturing part of its activity. As a consequence of this, the development and construction of the chassis, body and spare parts of the Pescarolo LMP1 and LMP2 prototypes were taken over by Oak Racing from 2011 onwards. The same was true for all the business side. The technical development of the prototypes was done in collaboration with the Pescarolo Sport design office (which for a time became Pescarolo Team) before Oak Racing finally took charge of all these different competences.

Jacques Nicolet – the boss of the Oak Racing team and representative of the JN Automotive group - recovered the rights to develop and manufacture the 2010 Pescarolo LM P1s, but this allowed Henri Pescarolo to regain control of his team, with successful race entries in Europe. Jacques Nicolet, who had already had a taste of LM P1 racing in 2008, was counting on the 01 go top again. The Pescarolo 01s were renowned for their reliability and agility. Alexandre Prémat in particular widely acclaimed the car’s qualities, even saying that he found it had better balance … than an Audi LM P1!

From the Pescarolo 01 to the Oak Pescarolo

With an excellent base seen racing in both the Le Mans Series and the Asian Le Mans Series, Jacques Nicolet decided to extend the 01’s career by upgrading the cars to bring them into line with the 2012 regulations. A shark fin, openings above the wheels, and a new front end were introduced. With Dunlop as their development partner in LM P1, the Oak Racing team carried out the research and modification work on the suspensions and the body in its own design office[1].

The Pescarolo 01s were renamed Oak Pescarolos in LM P1, while the cars that met the LM P2 rules were caled Morgans.

To tell the difference between the LM P1s and the LM P2s, which were sometimes entered with very similar orange and blue liveries, you needed to be a keen observer. First of all, it was the inlet flange located at helmet height to the left of the pilot that you had to look at. The LM P2 only had one, compared with two for the LM P1. Apart from that, there were very few differences. The width of the the front tyres was not the same, but the main changes were on the mechanical side. The LM P1 was fitted with a smaller but more powerful engine of around 60 horsepower, while being around twenty kilos lighter. The LM P2s were thus derived directly from the LM P1s, and not the other way round.

At the 2012 edition of the 24 Hours of Le Mans, the LM P2s differed from the LM P1s in particular thanks to a new body kit with, in particular, rounder and more prominent front wings and deflectors fitted ahead of the sidepods.

The car’s return to the track

This LMP1 car was bought by the current owner from Ligier Automotive – formerly Oak Racing – and has been fully restored and fitted with a new engine acquired directly from Judd. It is hence a fully restored car with all the required safety certificates that Ascott Collection is now pleased to offer for sale.

Eligible for the Masters Endurance Legends, Dubai Historic and numerous races in the USA, this authentic Pescarolo is an LMP1 that can truly set its sights on victory.

Top of the range LMP1 Transmission. Former Works Spare. Complete and in A1 Condition.