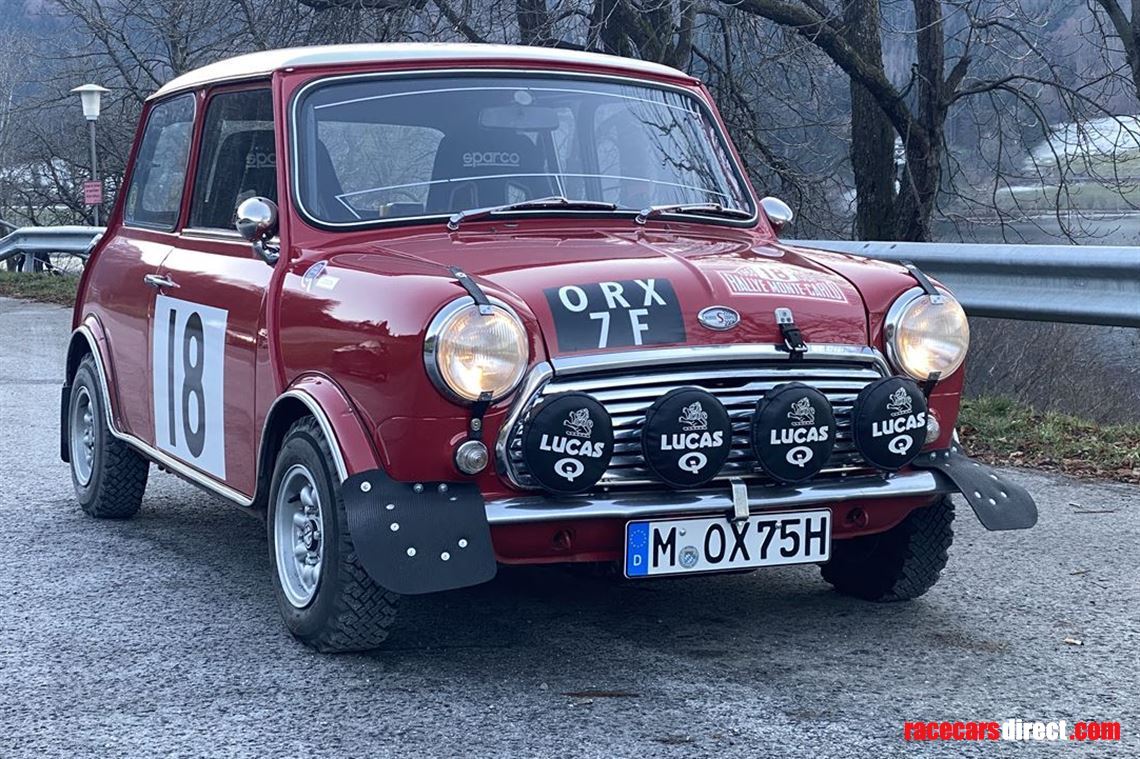 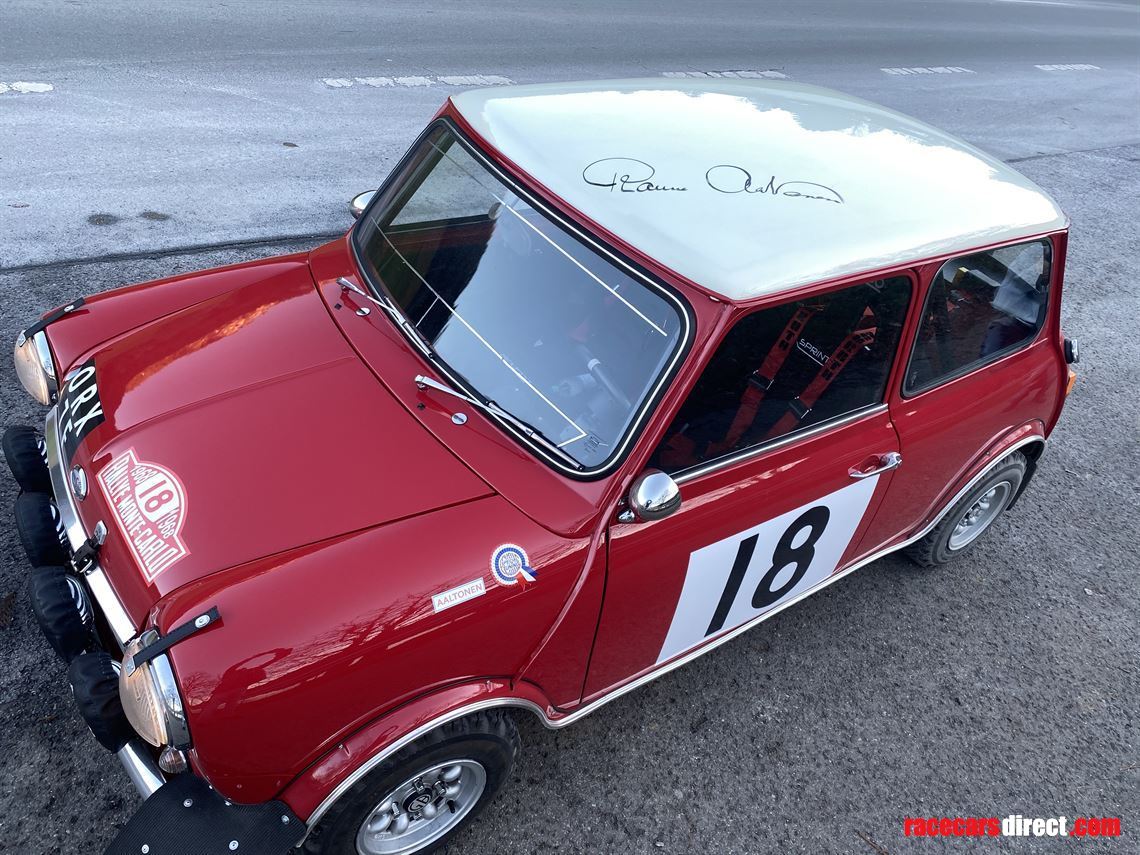 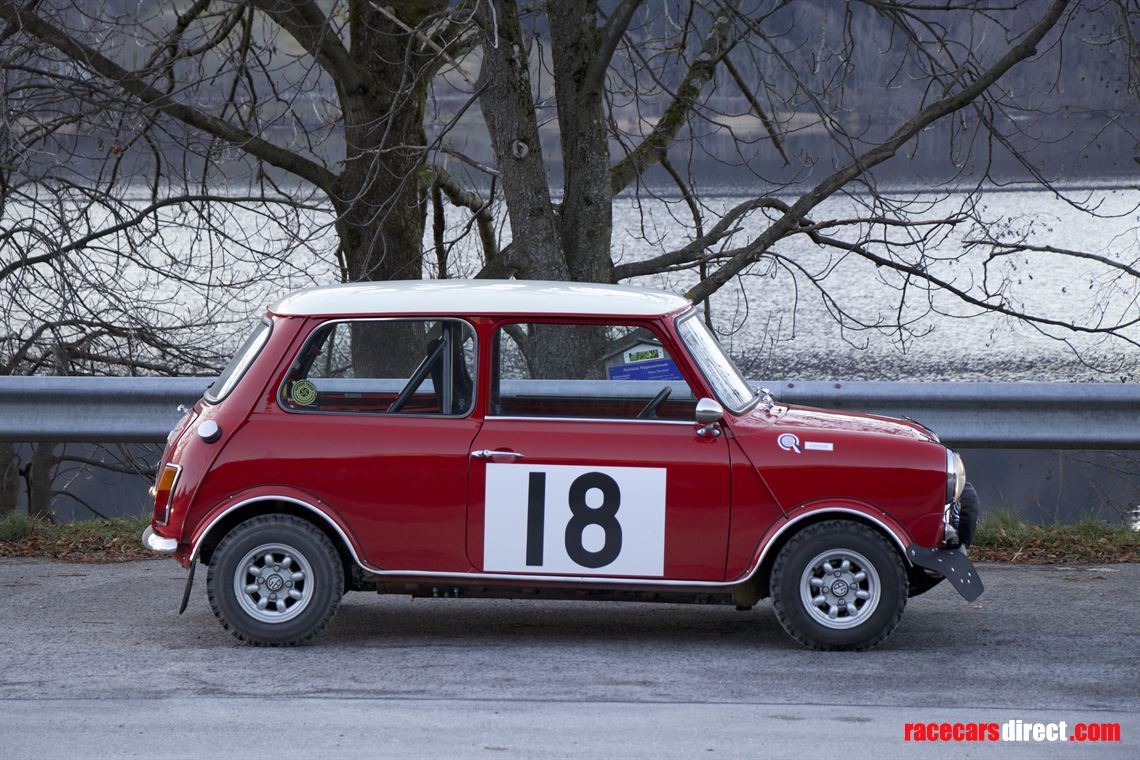 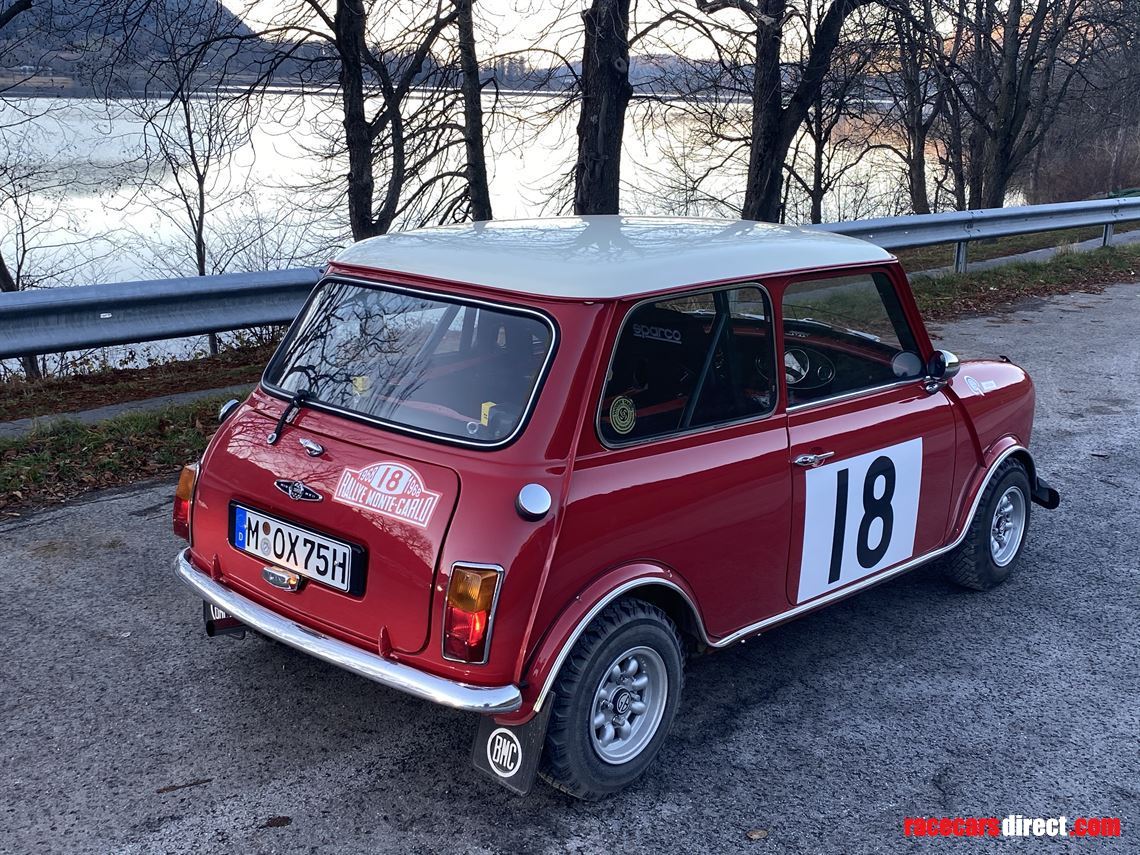 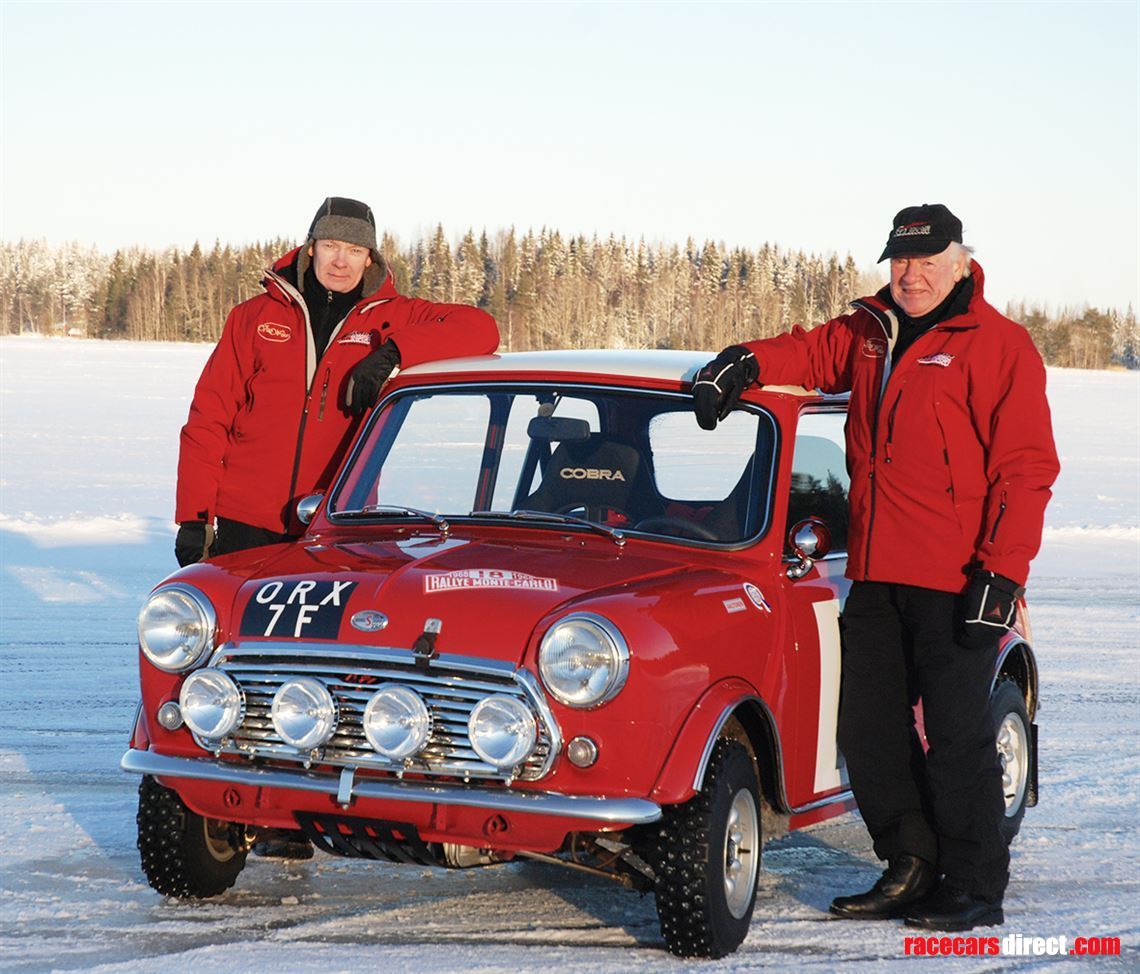 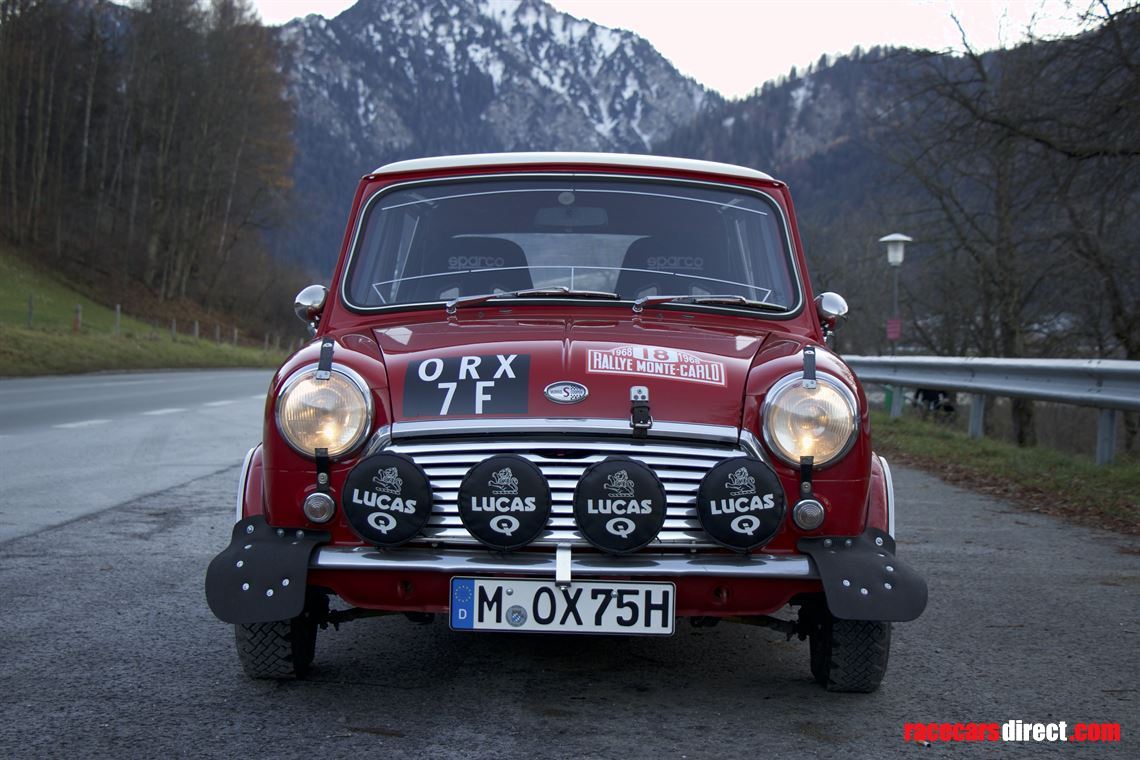 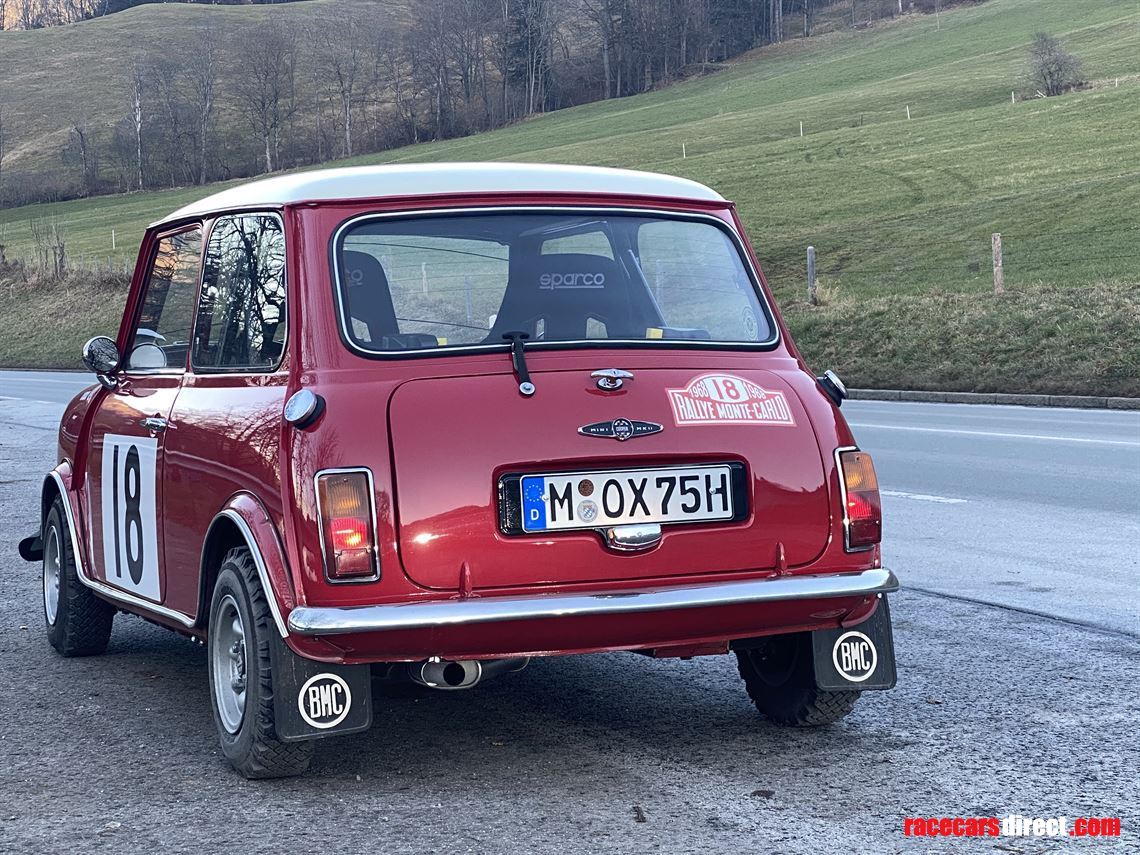 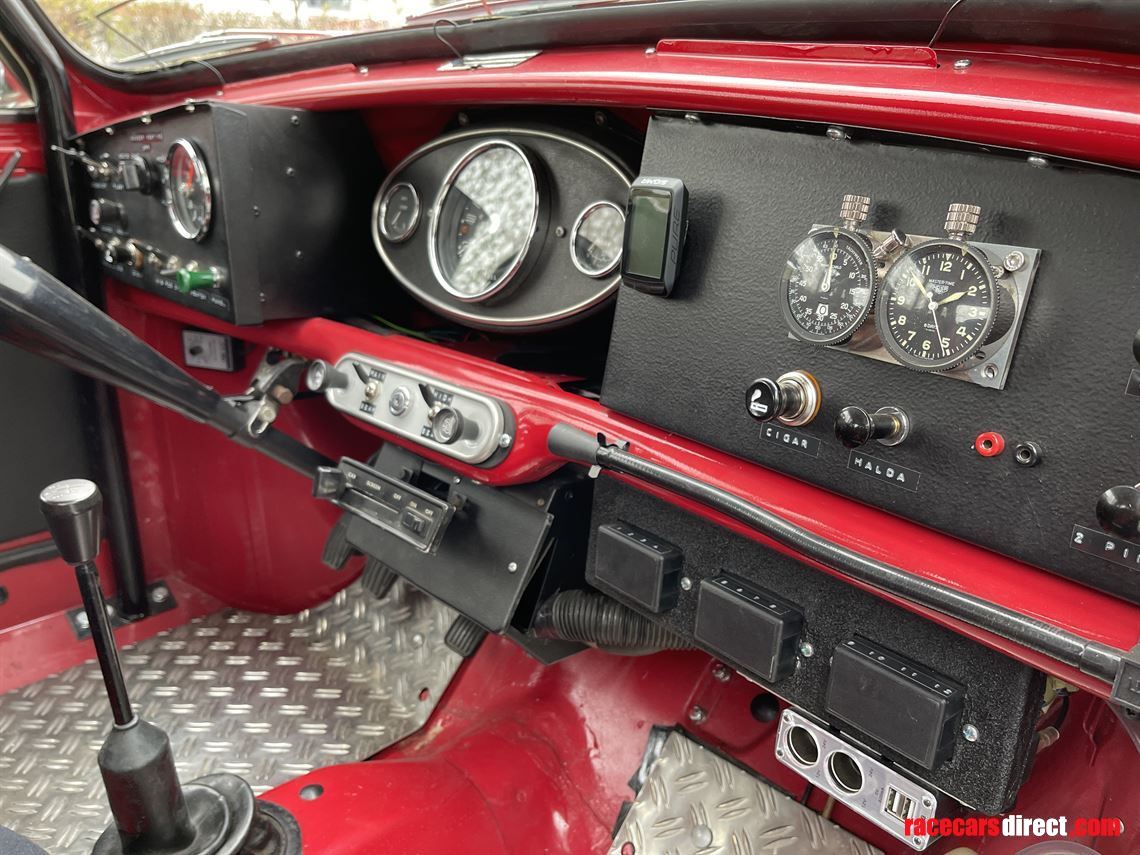 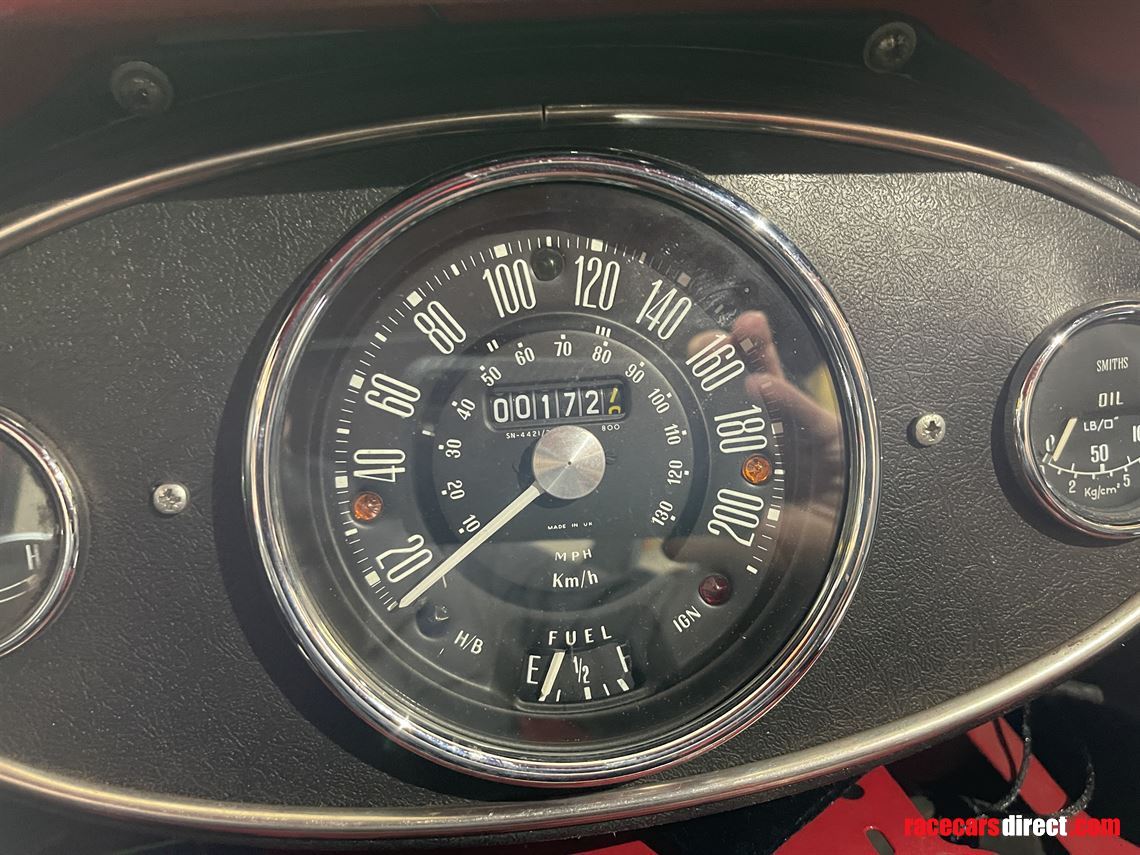 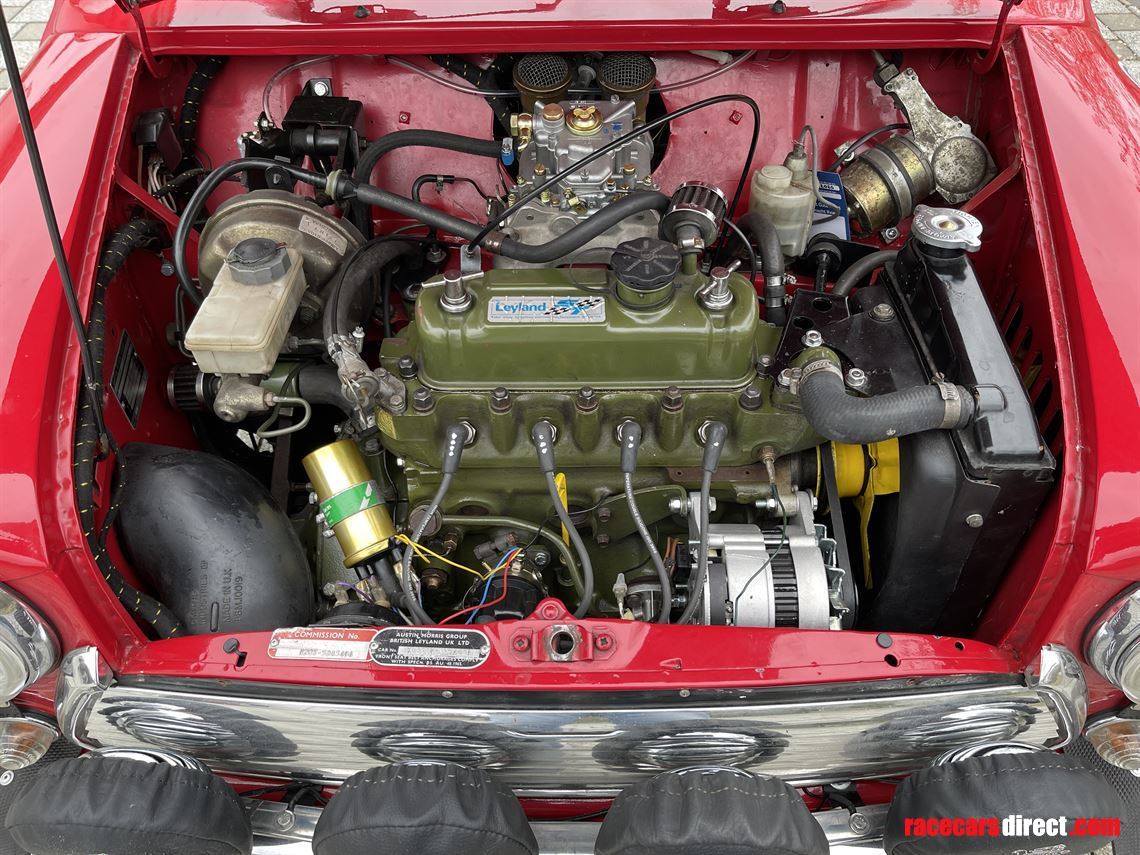 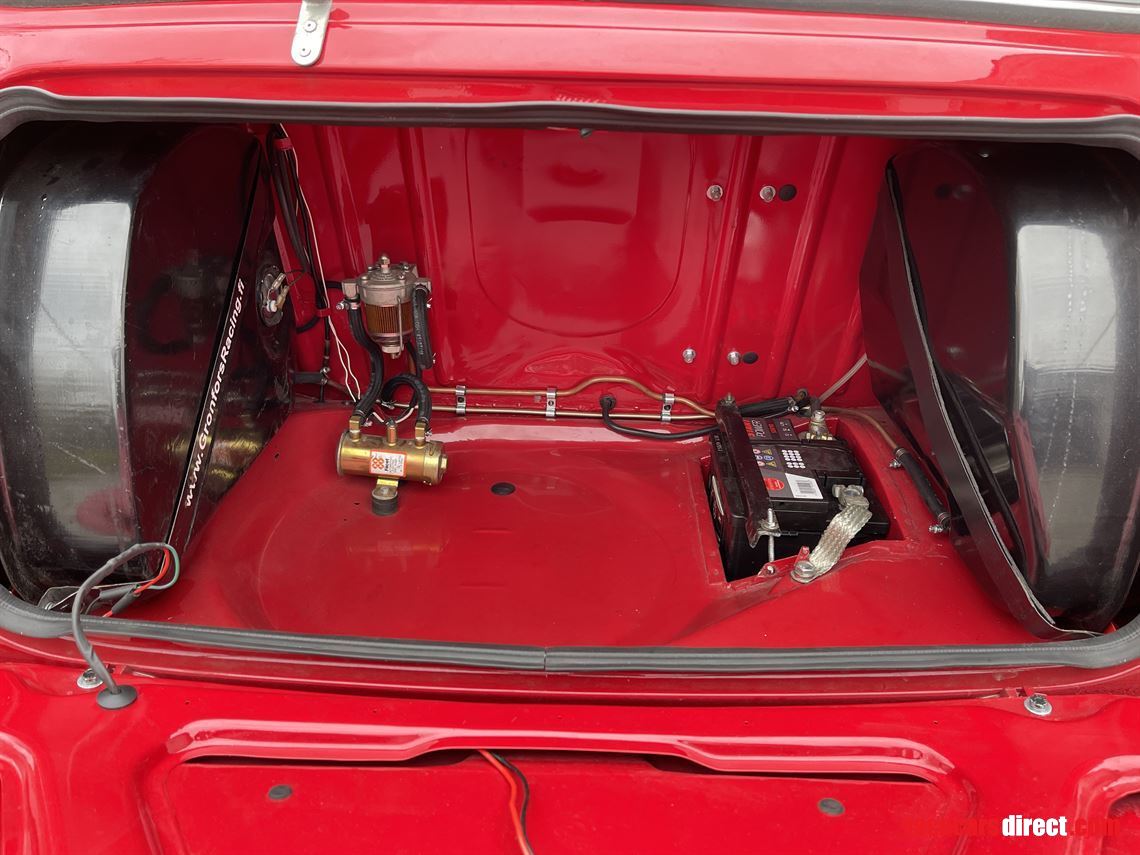 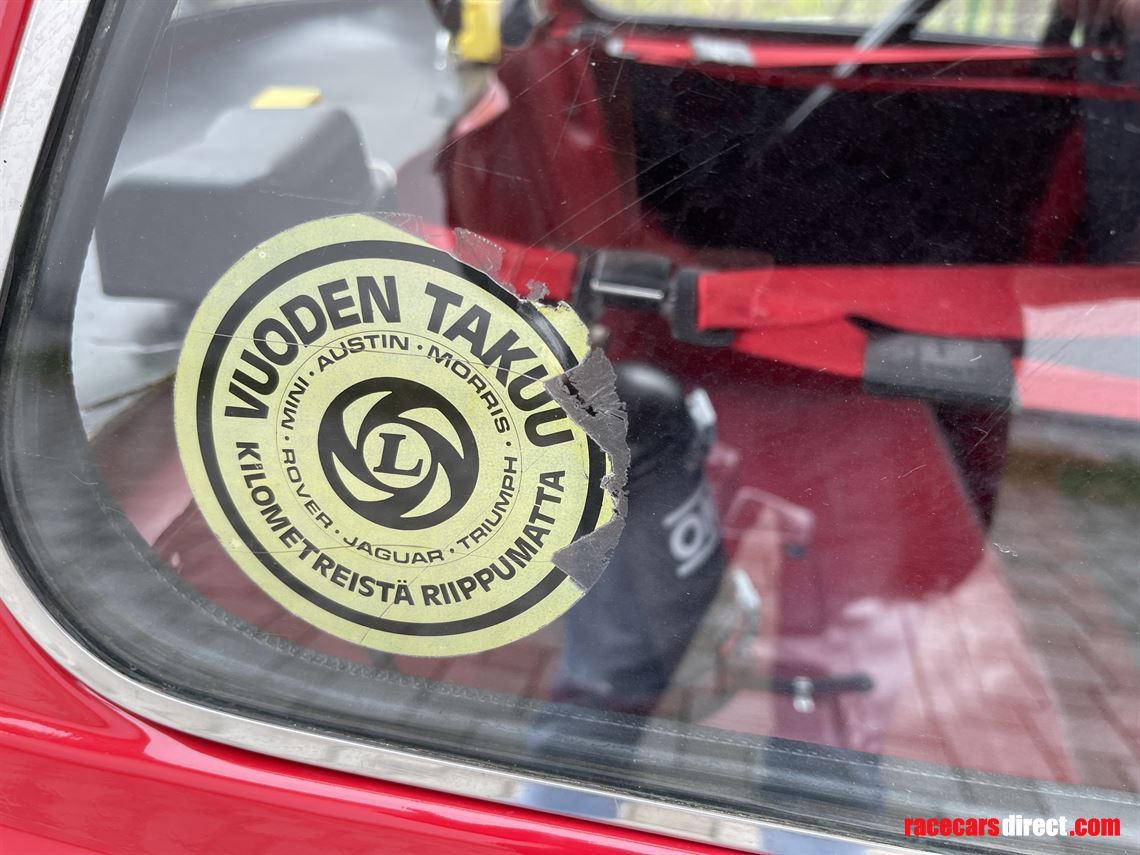 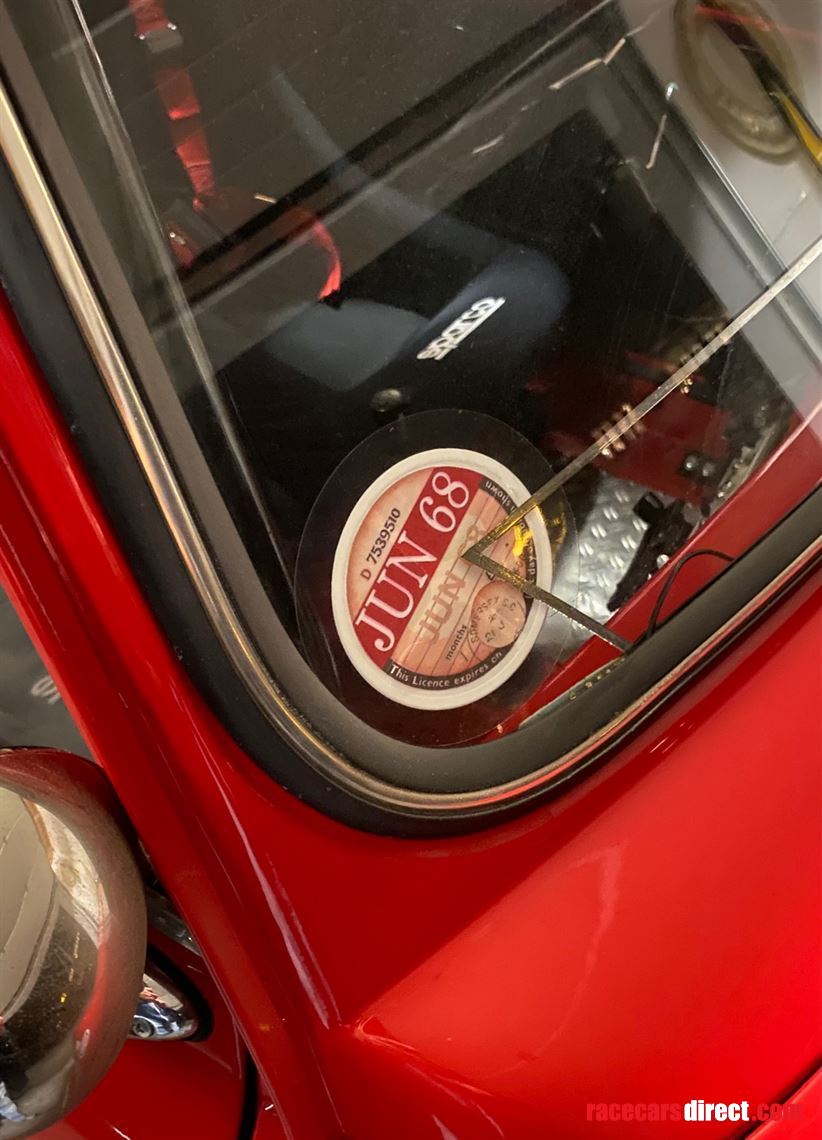 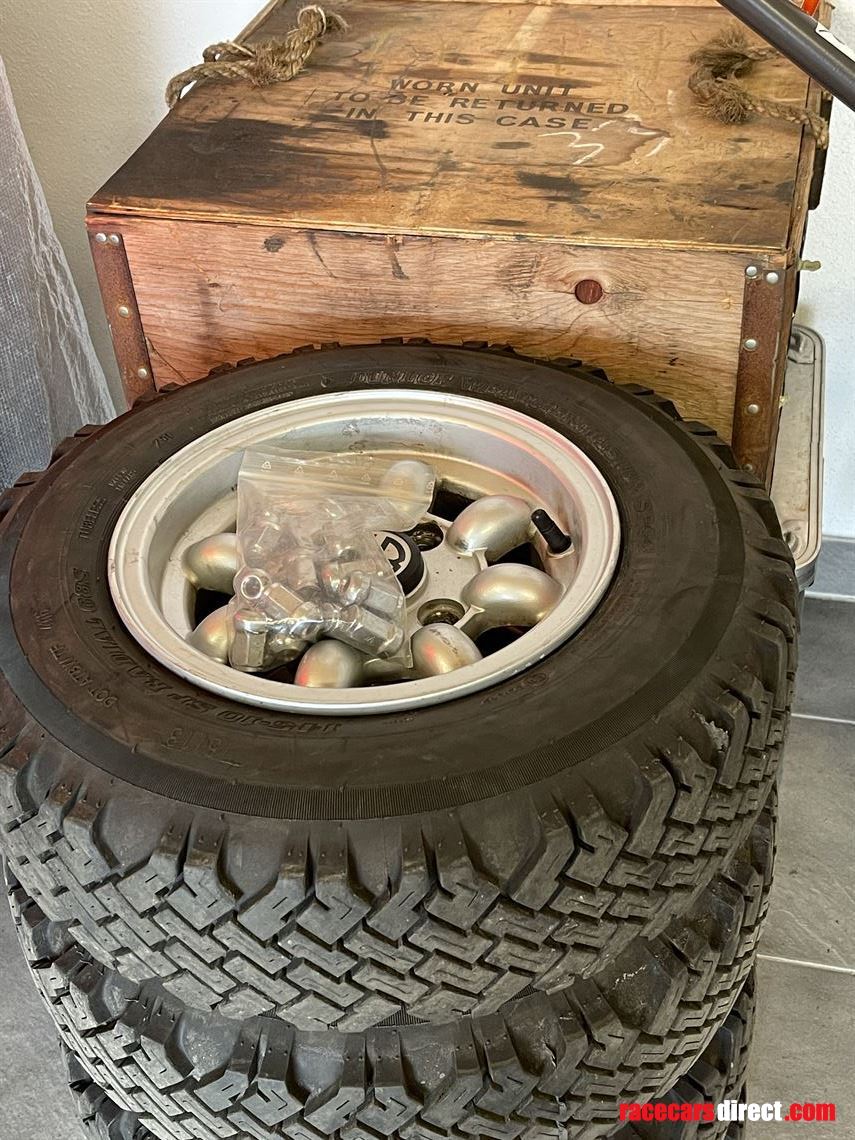 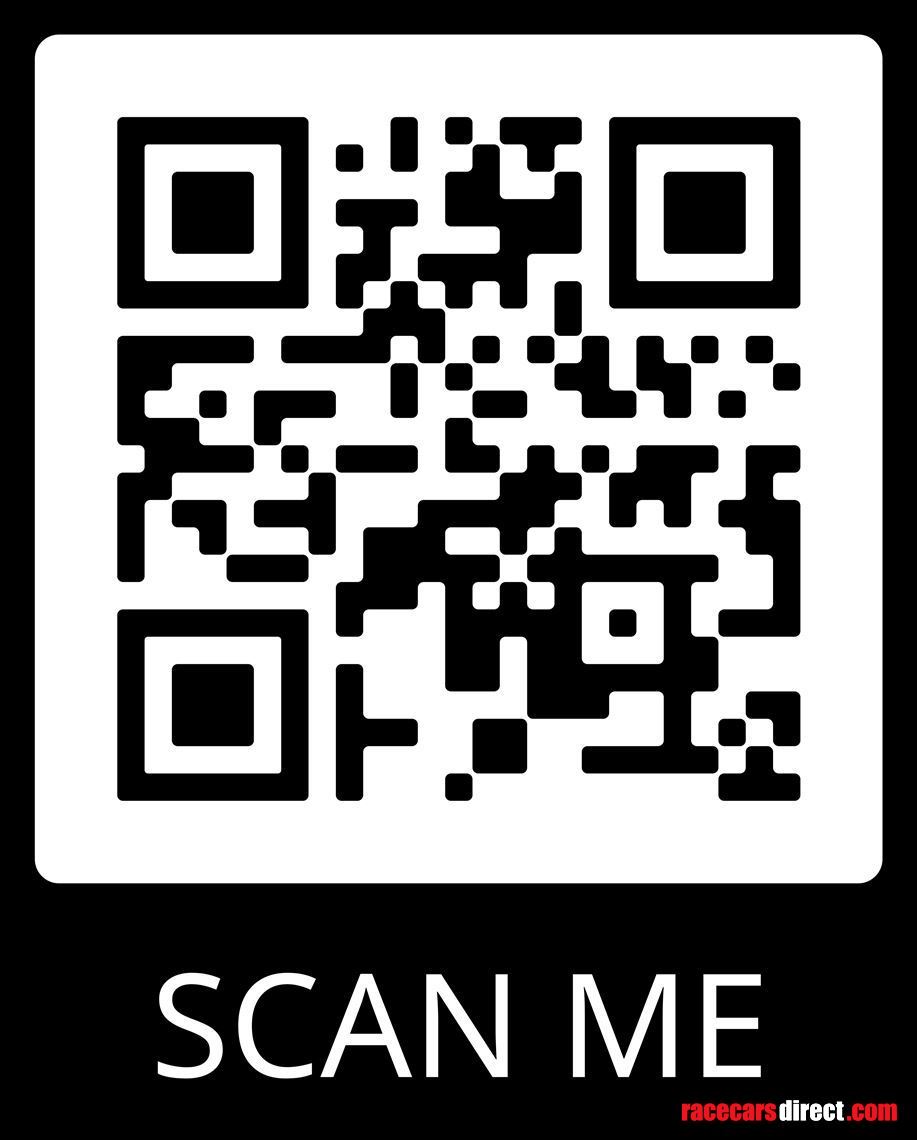 Following the Original ORX7F this 1968 Monte Carlo Recreation was buildt by Rauno Aaltonen for himself as a personal tracktool for the Finnish Lakes.

The history: even with the new Rallye Reglement which made it impossible for the MINI's to win, Rauno Aaltonen and Henry Liddon managed it to secure a fantastic 3rd place overall with ORX7F.

The Basis of Rauno Aaltonen's Recreation was a Finland delivered 1977 Cooper S.  The ORX7F Recreation was rebuilt completely in bodywork and technic when it came to Germany in 2019. Fitted with Weber carburator (Instead of Rauno's Solex) and Rauno's works rallye spec cam the MINI makes a lot of fun. The car comes with three sets of wheels, such as spikes/steelrims and Dunlop Weathermaster and Dunlop SP Sport, both on Minilite. Furthermore there is a 2nd Gearbox in original wooden box with short ratio, car cover, original Finnish plates and documents, showing ownership of Mr. Aaltonen, as well as Literature and German "Gutachten".

The car was used less than 1.000km since rebuilt with a German Registration and TÜV. The set of Heuer Montecarlo comes optional. The MINI has a large Autograph of the Master himself on the roof.

There is probably nothing closer to the Original. 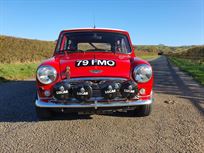