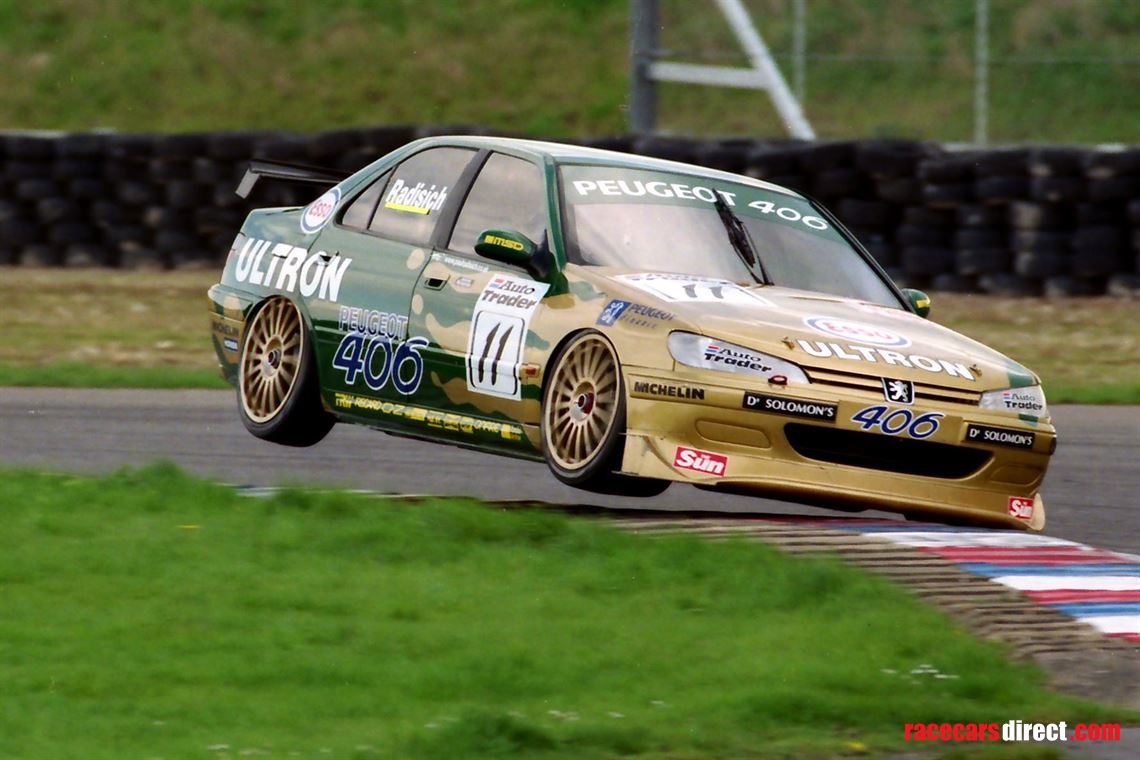 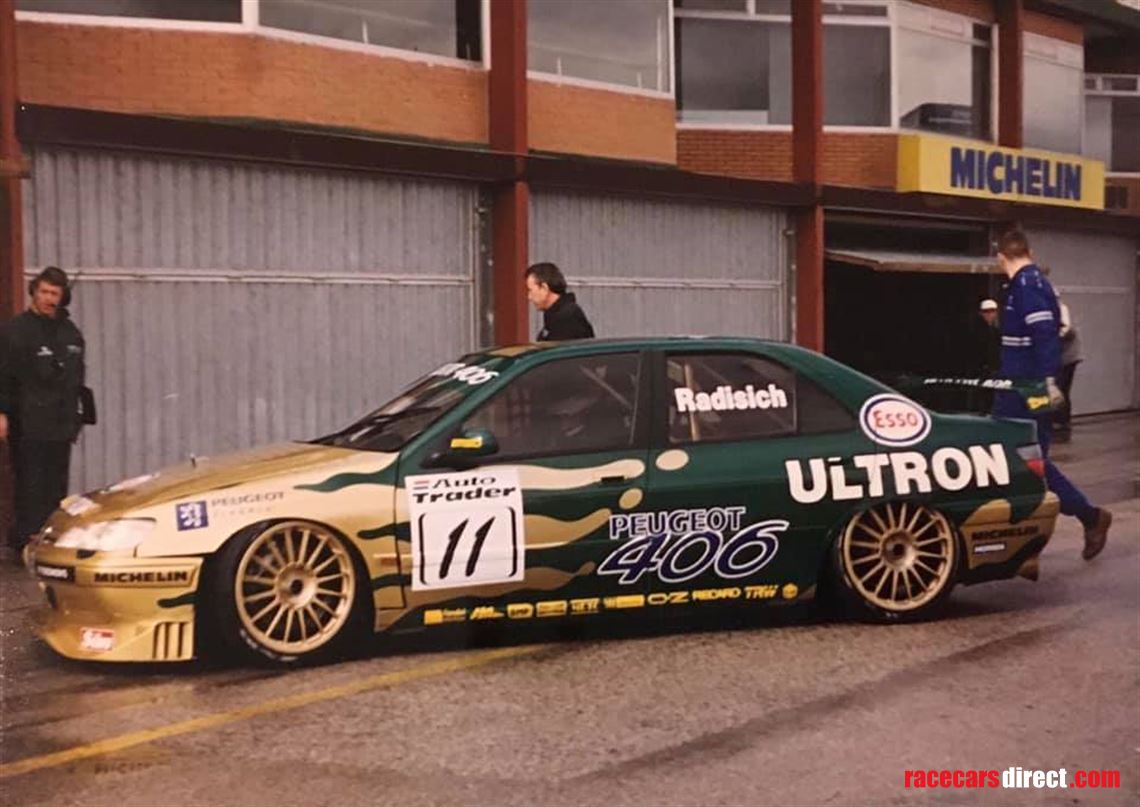 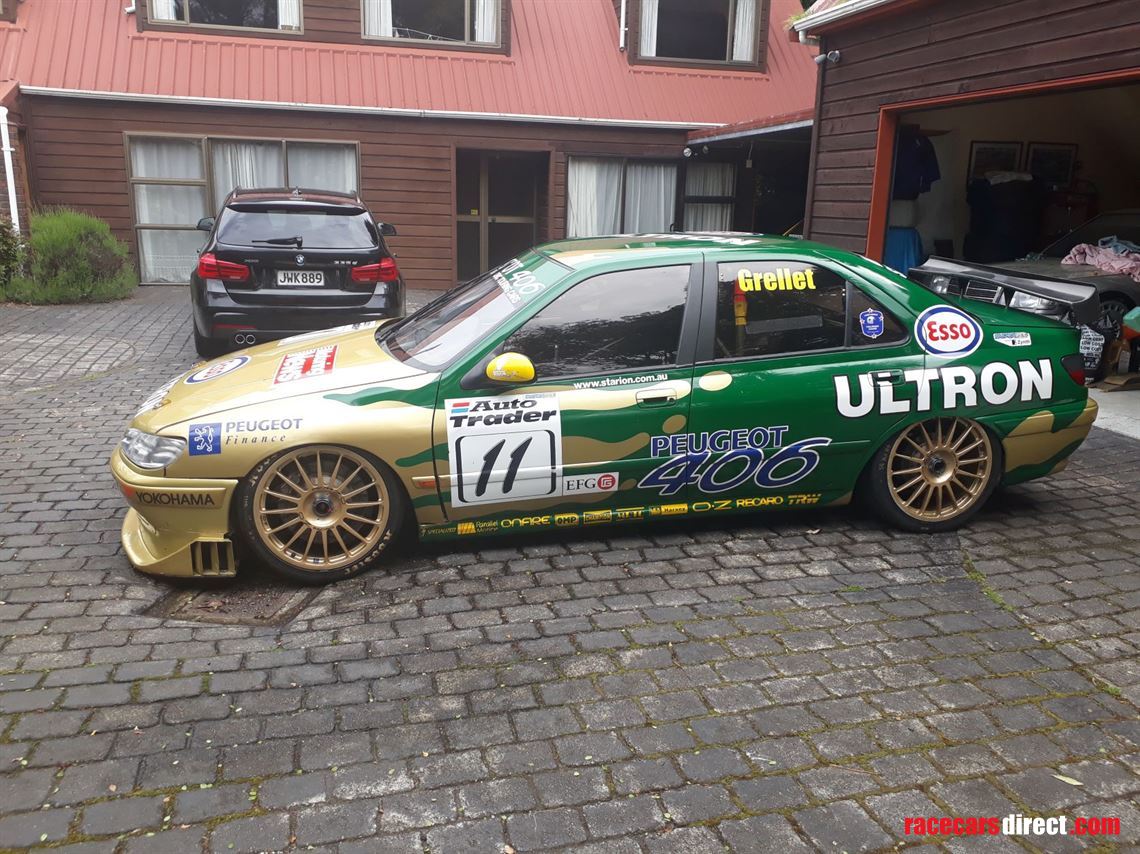 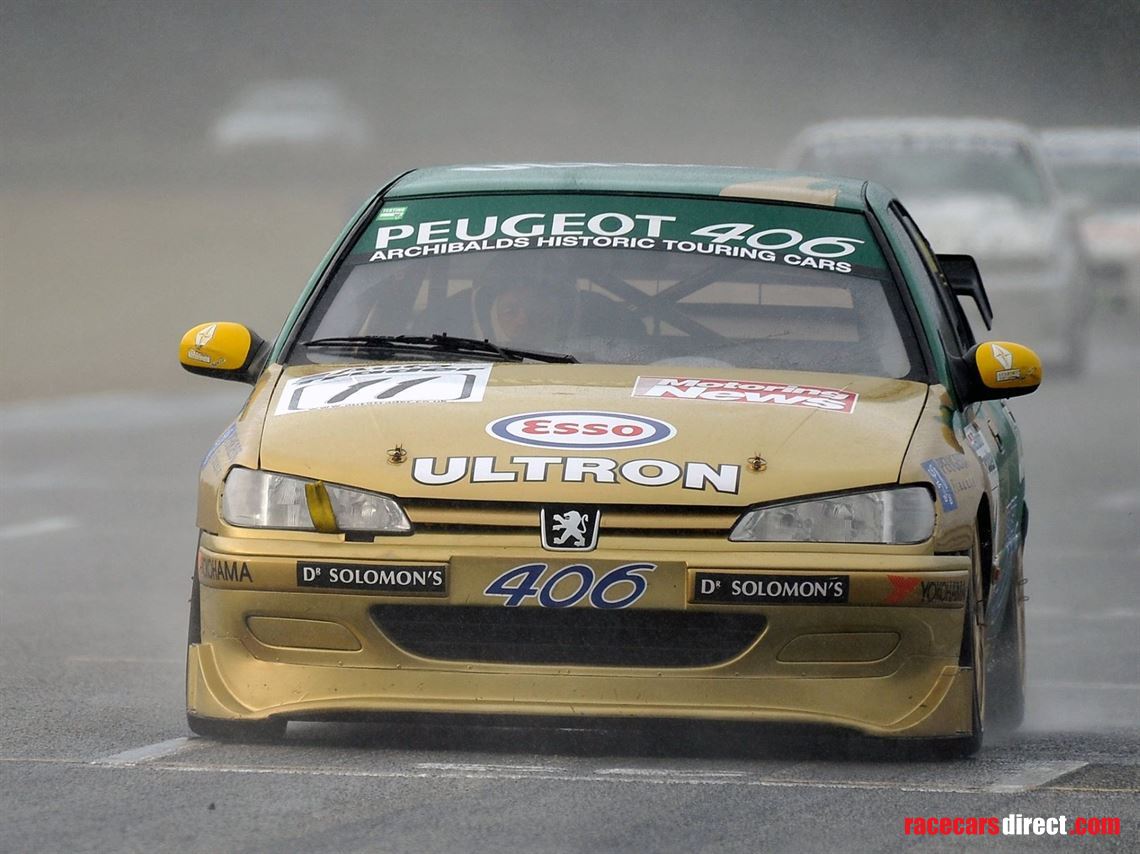 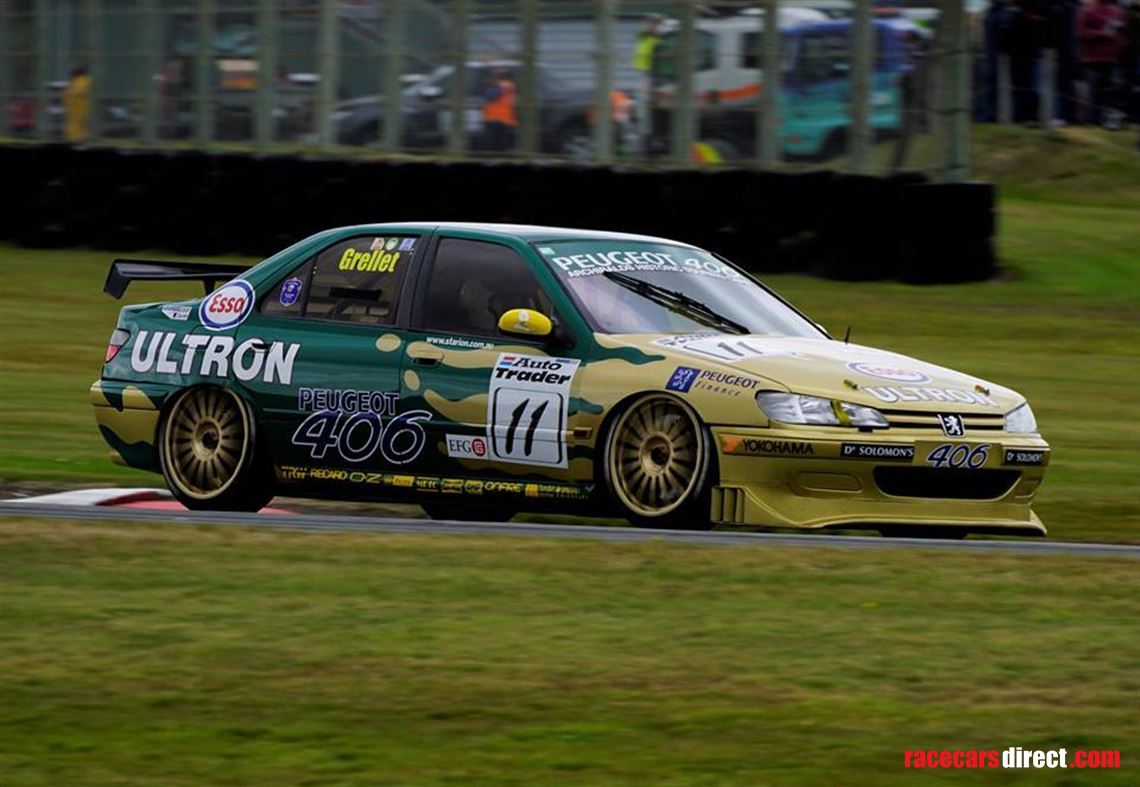 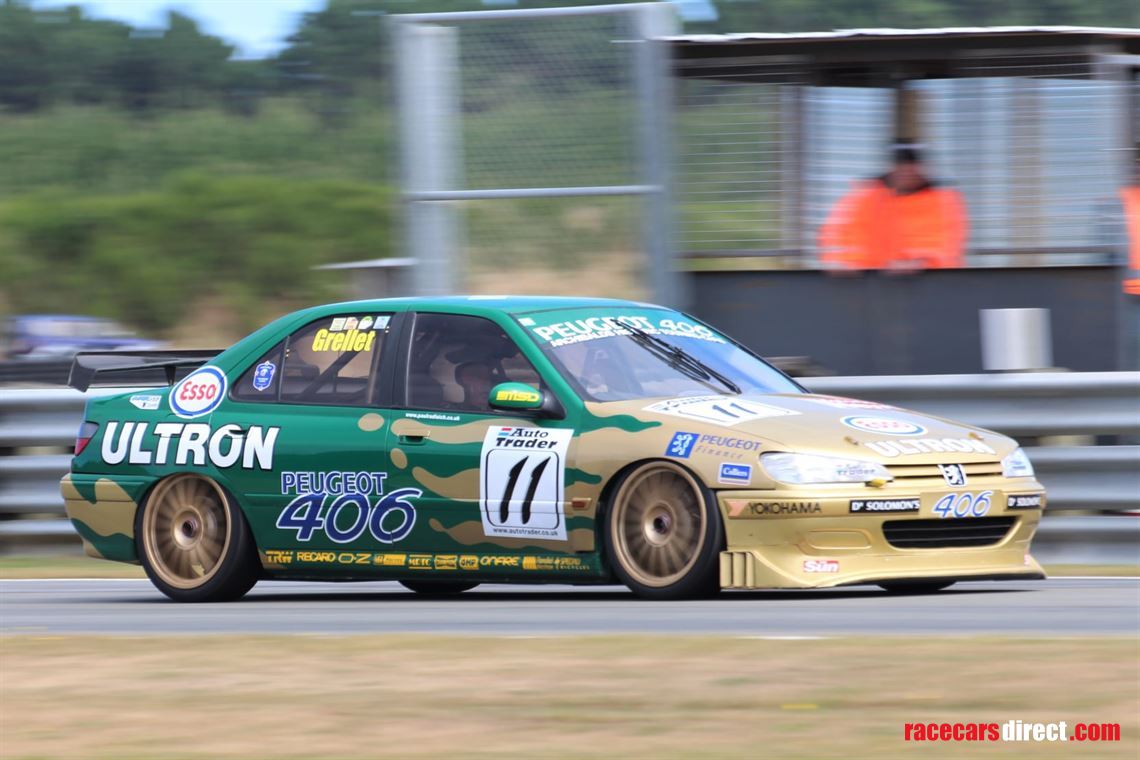 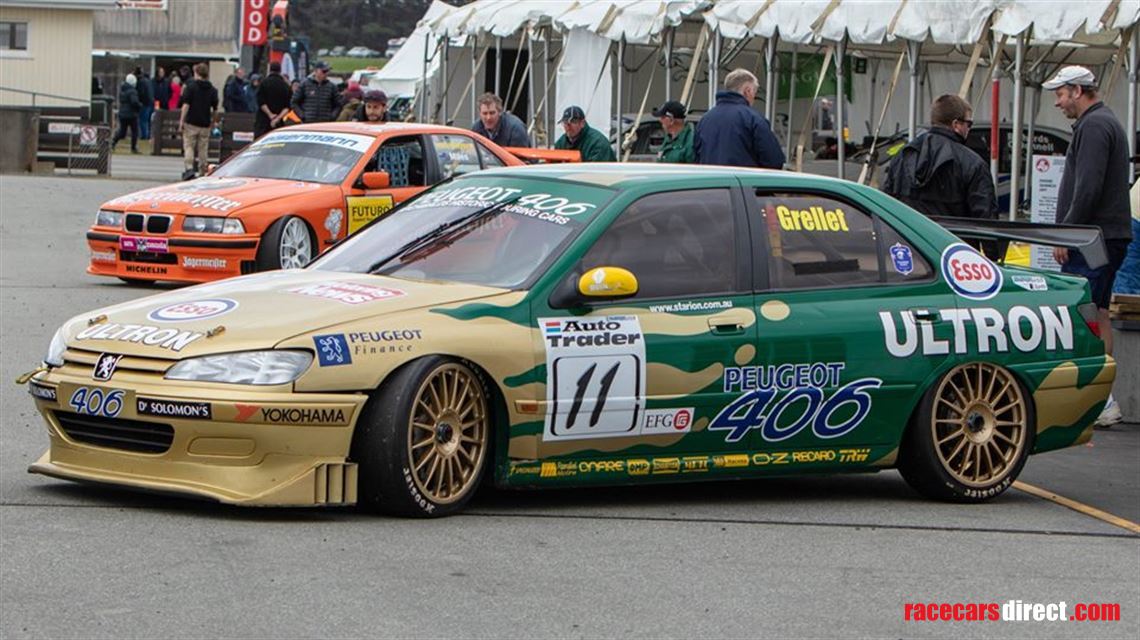 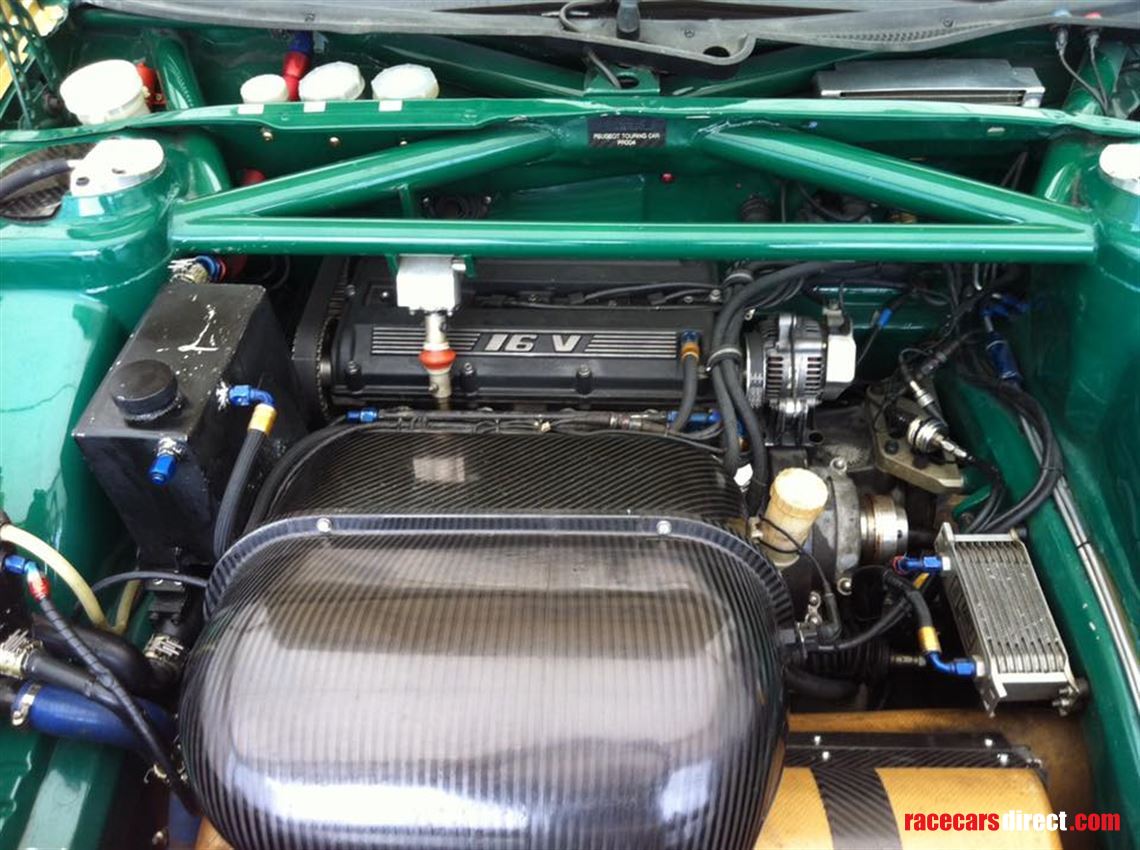 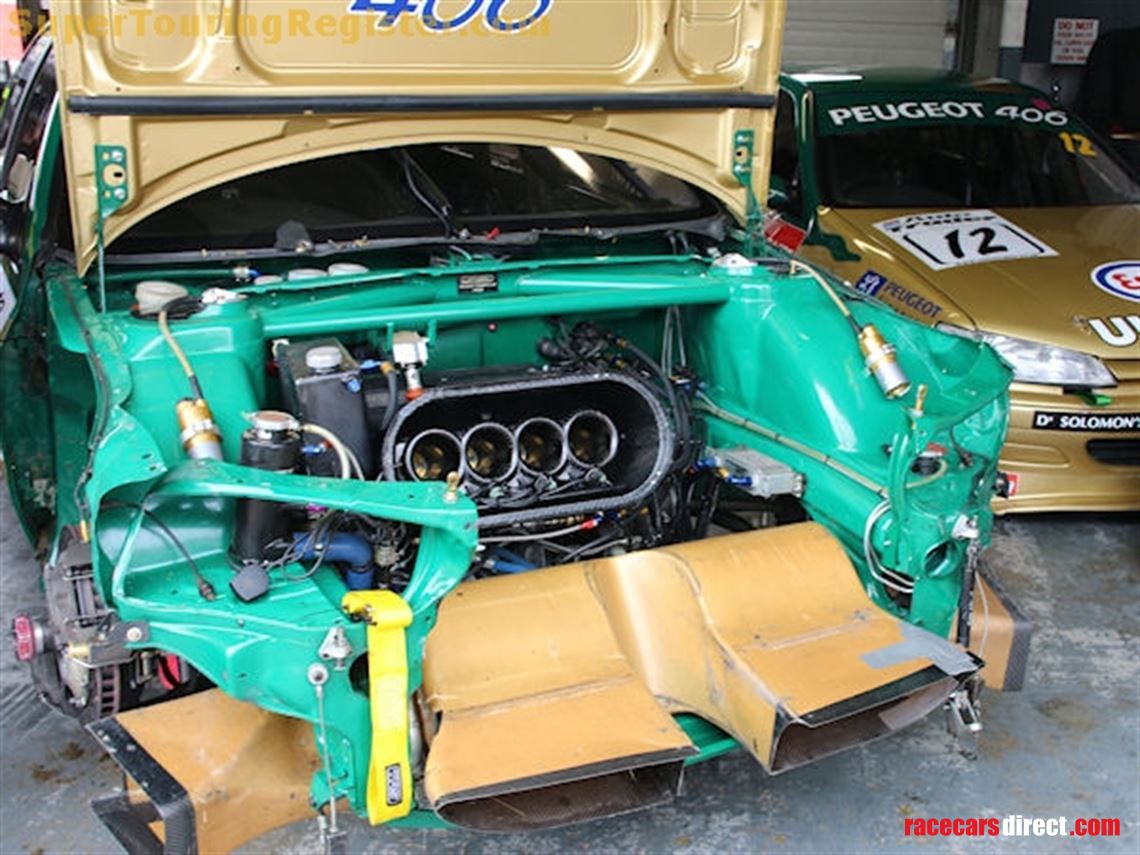 For sale is the ex Paul Radisich 1998 Peugeot 406 BTCC Super Tourer. This car is complete and as raced in the 1998 BTCC and is accompanied by a large number of useful spares that will enable the car to continue competing for a number of years.

The car was purchased in the UK in 2018, and a considerable amount of time and money has been spent on the car in order to again make it into a competitive and usable racing car. At its last meeting the car competed in 4 races and ran faultlessly.

The engine currently in the car has completed just 2 hours of running since overhaul, and was fitted with new Ti valves, JE forged pistons, custom head gasket, bearings etc. and is approximately 285 hp. at the 8500 rpm limit, on 98 pump fuel.

The gearbox is a Peugeot Sport Hewland TE 6 speed sequential with a combination plate/viscous differential, and a functioning reverse gear. The clutch is the original triple plate carbon clutch.

The ECU in this car has been updated to a modern Motec M130 GPR which is very programmable and adaptable. It runs 2 knock sensors and a closed loop fuel system as well as other systems in the car. This is coupled to a Motec CDL3 electronic dash. Both the dash and ECU can be used for data logging and data analisys.

Along with the car, and included in the price comes a very comprehensive spares package, including a fully rebuilt long engine. (no accessories), a spare race prepared block, NOS oil pump,2 cranks, sleeves, and pistons. A spare Peugeot Sport Hewland gearbox, body panels, a set of Ohlins shock absorbers, 4 x suspension uprights as well as original Peugeot Team clothing, plus many other usable spares and tools. Also available will be a large amount of information I have gathered over my period of ownership.

In the 1998 BTCC the Peugeots were not as competitive as some of the cars, which had F1 Team involvement bur were nonetheless a great handling and stopping car. According to Paul Radisich the main problem was a lack of horsepower. In 1999, the sister car to this one (Tim Harvey’s car) was entered into the Australian Touring Car Championships, driven by Patrick Watts and after the first 2 rounds was leading the championship, but for some reason the team withdrew .

This car offers a relatively straightforward entry into the new Super Tourer series. The engines are built from standard components, without some of the special castings, cutting and welding that some teams resorted to, the engine modificatons could be carried out by any competent engine shop. The car  can be run at a race meeting by 2-3 people.

Shipping from New Zealand can be arranged.