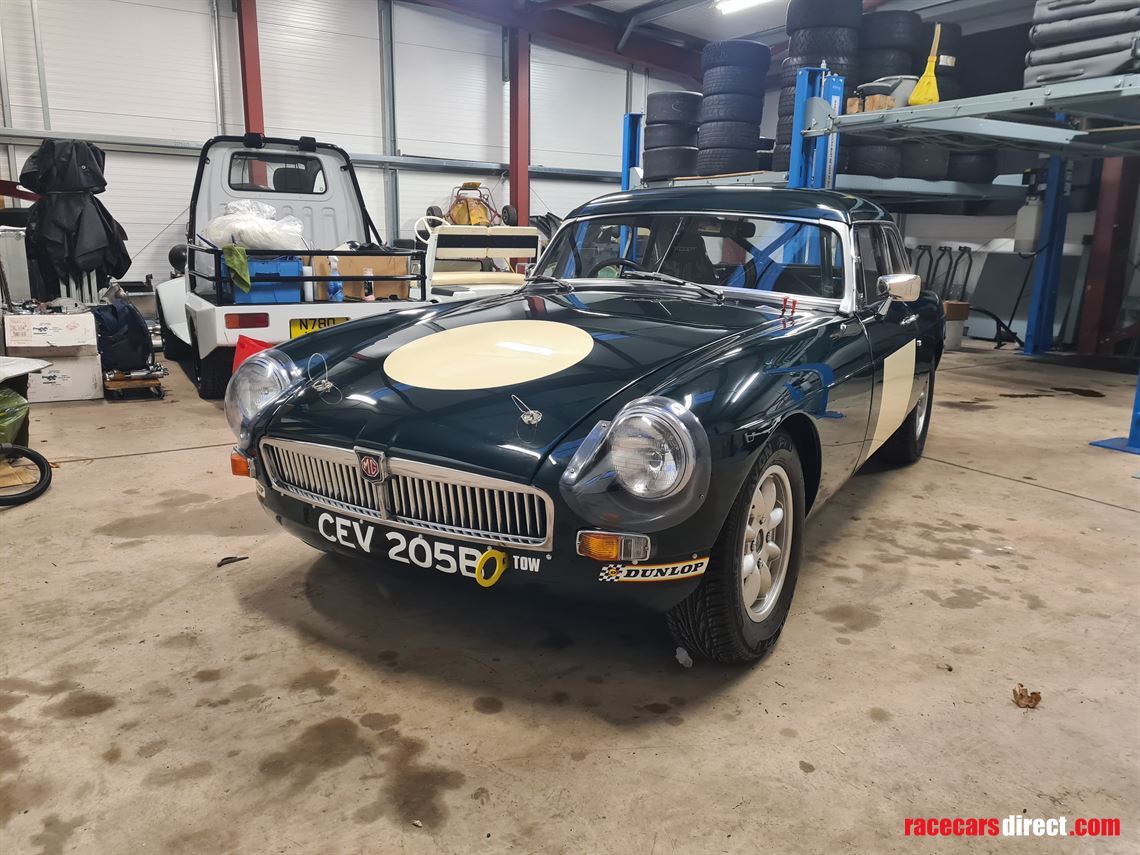 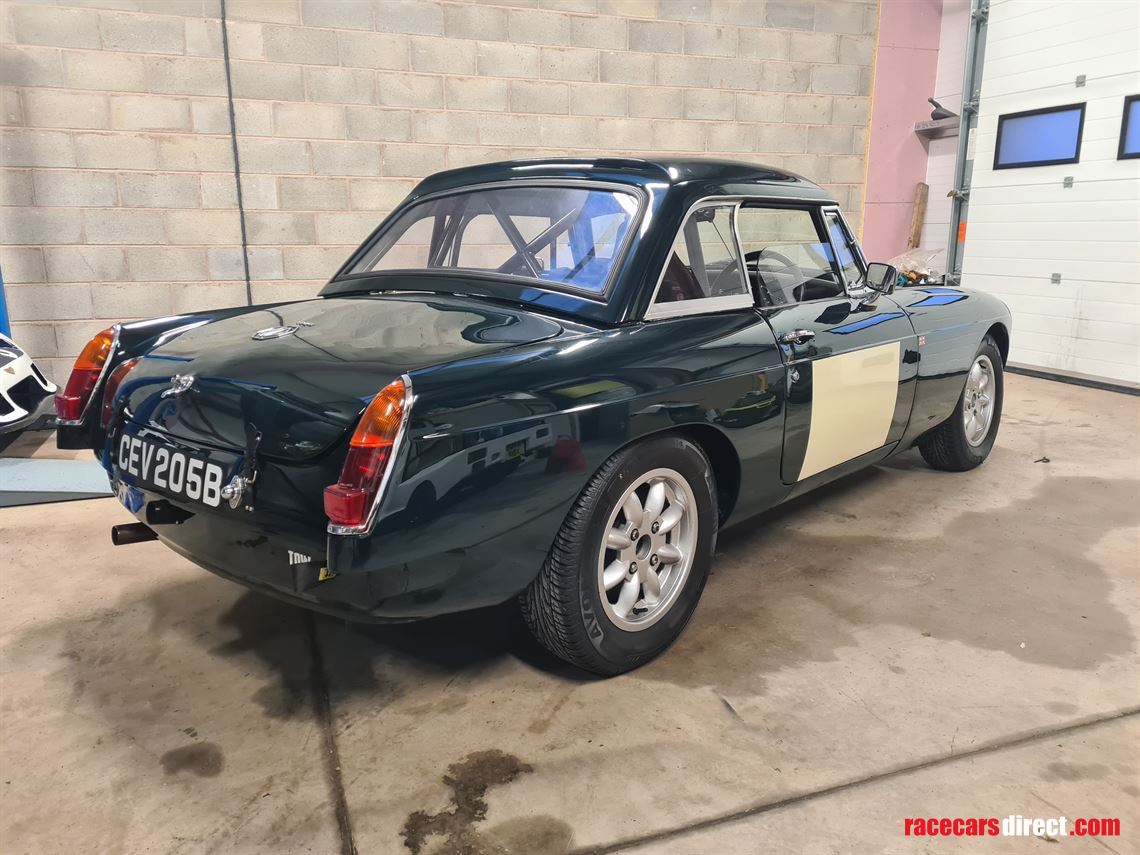 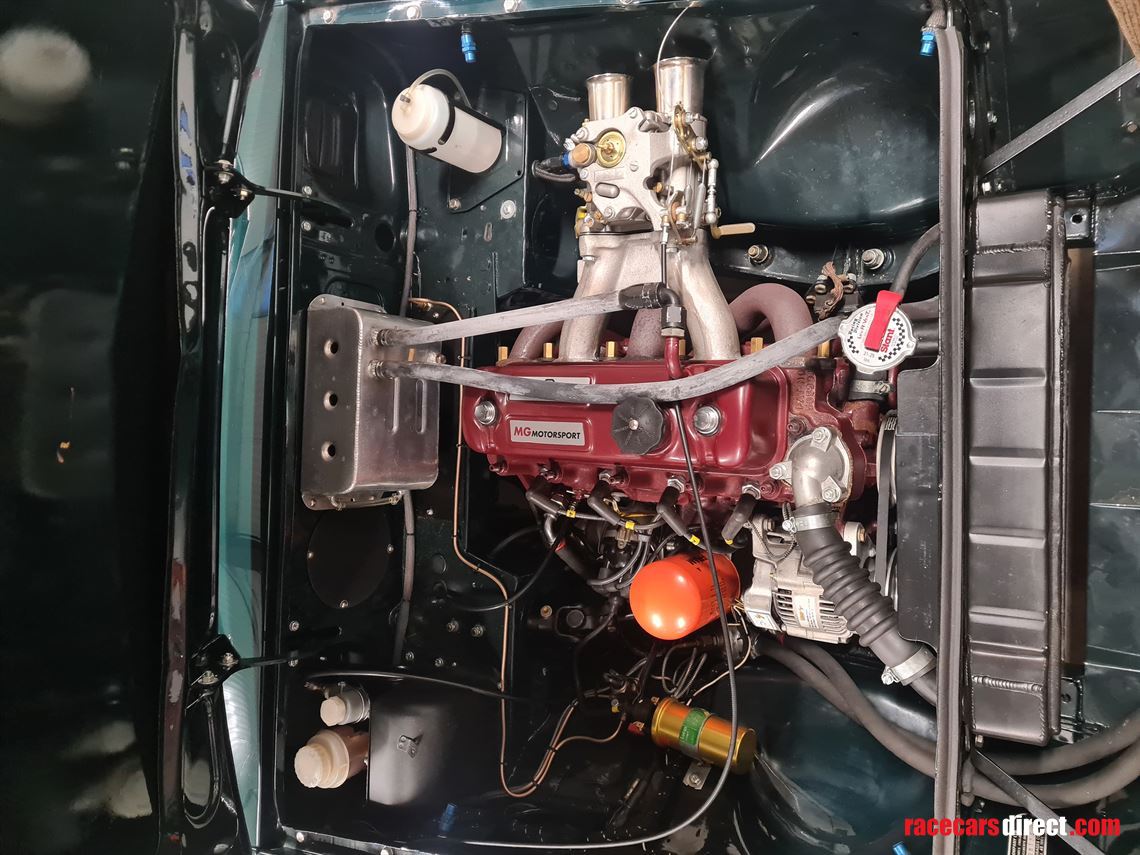 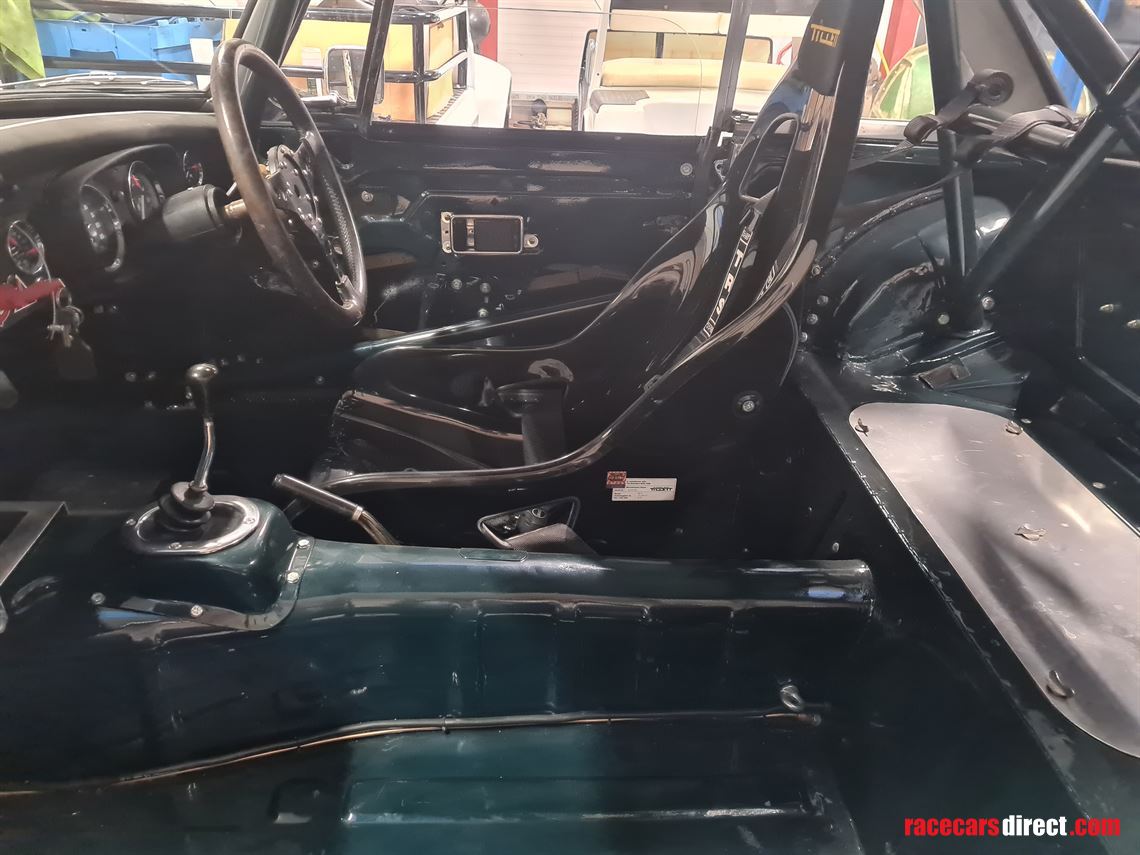 Purchased by prominent F3 racer Rob Shellard in 1965, the car was prepared for competition by renowned MG specialist Bill Nicholson.
Shellard raced the MGB extensively between 1965 and 1970 across the UK circuits, and was generally among the fastest MGBs competing, results including an impressive 4th overall in the 3-hour Archie Scott Brown Trophy held at Snetterton on 20th September 1970. Many of Shellard's racing exploits in this car are covered in John Baggott's book "MGB: The Racing Story".
Sold to John Cotton in 1970, Cotton raced the MGB for the next 2 seasons, including a Modsports win at a wet Cadwell in 1972.
CEV continued to be raced for many years, until recognising it's significance to himself and UK Club Racing, Shellard tracked CEV down and purchases it, returning it to original 1960s specification between 1985 and 1988. Shellard was to sadly pass away before he could race CEV again.

CEV was fully restored in 2015, being completed in 2016. The suspension, gearbox, differential, axle etc were subject to full renovation and rebuild.
Suspension has been fitted with negative front wishbones, polybushes, competition springs and us fitted with adjustable rear lever arm shock absorbers.
The car is fitted with a Gripper LSD with a 4.1 ratio.
The engine is a full race specification unit built by marque experts MG Motorsport.
The body has been fully restored with new panels where necessary, and is finished in classic British Racing Green. CEV is fitted with a full FIA Safety Devices roll cage.
A 110ltr alloy fuel tank is fitted in the boot, perfect for long distance races.
Supplied with a spare engine, 4-synchro gearbox, differential, and spare wheels.
The car will require new safety equipment prior to competition, such as seat, harness & an extinguisher service, and would advise inspection of mechanical components.

The MGB is considered one of Britain's greatest GT cars, and is ever popular on the Historic Racing scene. It is entirely possible you could race an MGB every weekend in a season!
Highly eligible for all series including Masters Gentleman Drivers, GTSCC, HSCC, Peter Auto Sixties Endurance, Equipe GTS, and the Spa 6-hours, CEV is also highly eligible for an invite to race at Goodwood, owing to it's period race history. An exciting opportunity to acquire a period racing MGB in the models 60th year.

ESTABLISHED in 1977 The MGCC BCV8 Championship caters for MGBs MGCs and MGBGTVs.

MIELE TRAILER AVAILABLE IN MAY FOR 4-6 CARS

Ex-Pierluigi Martini. One of the most successful Minardis of all time. Fully restored. Exceptional.