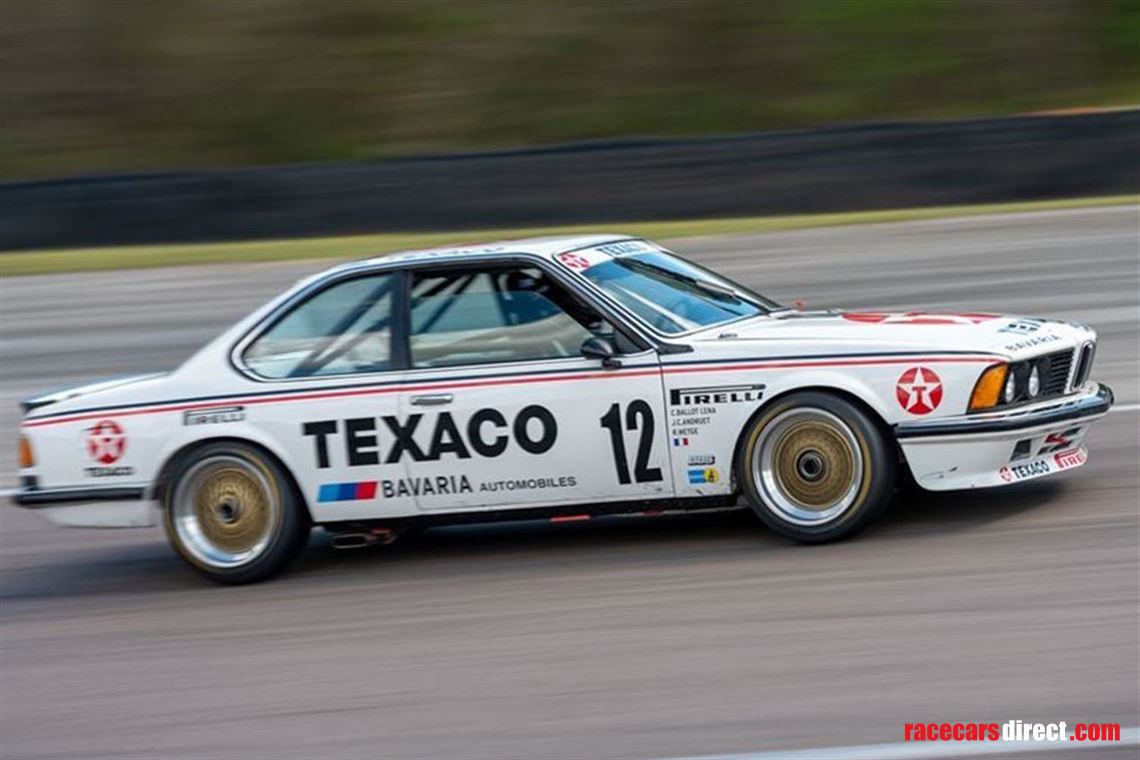 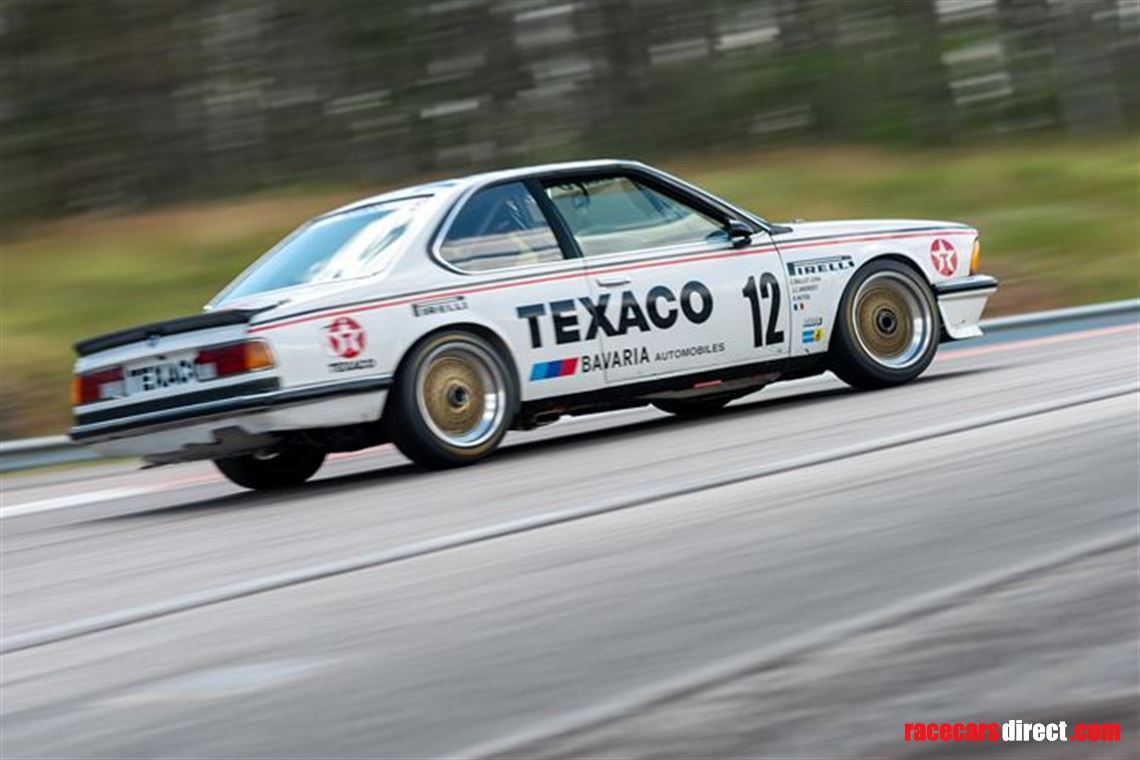 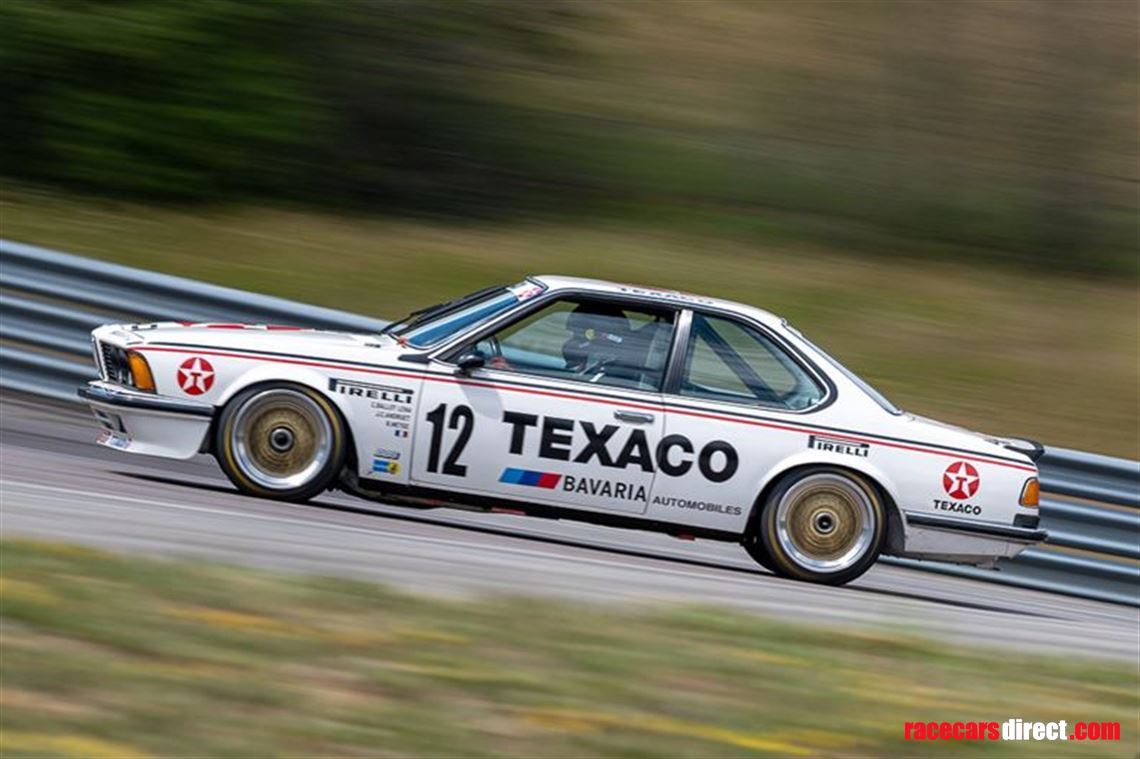 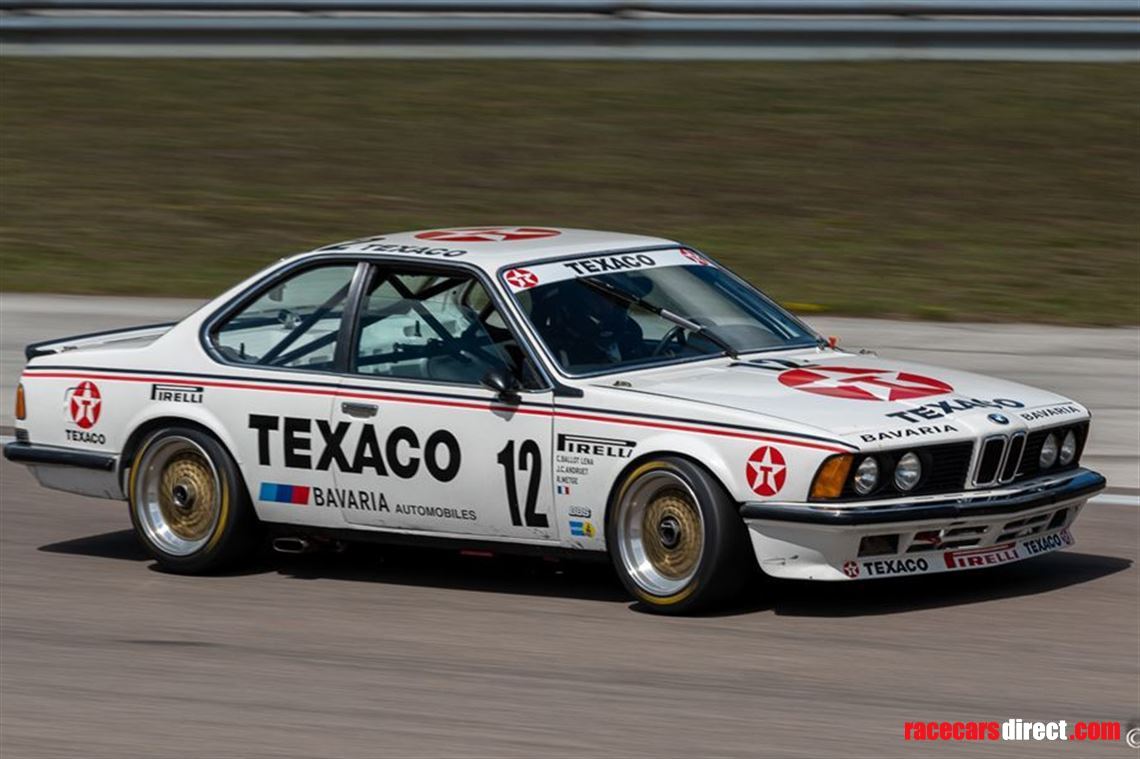 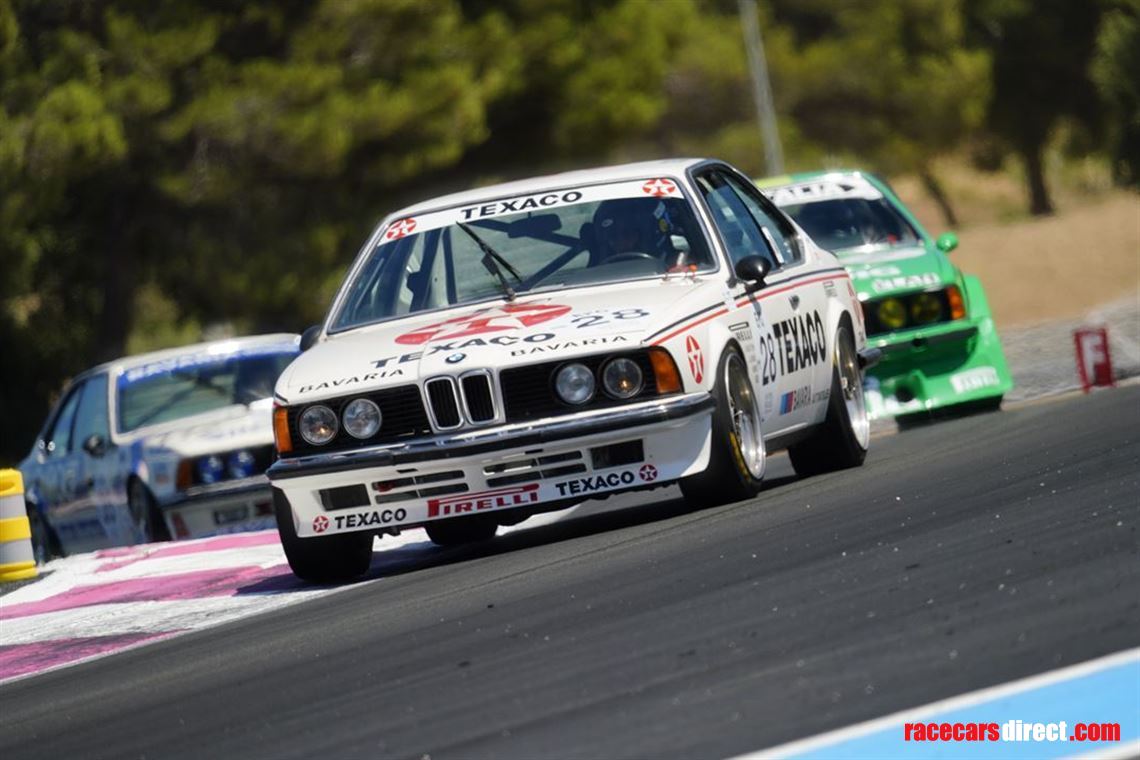 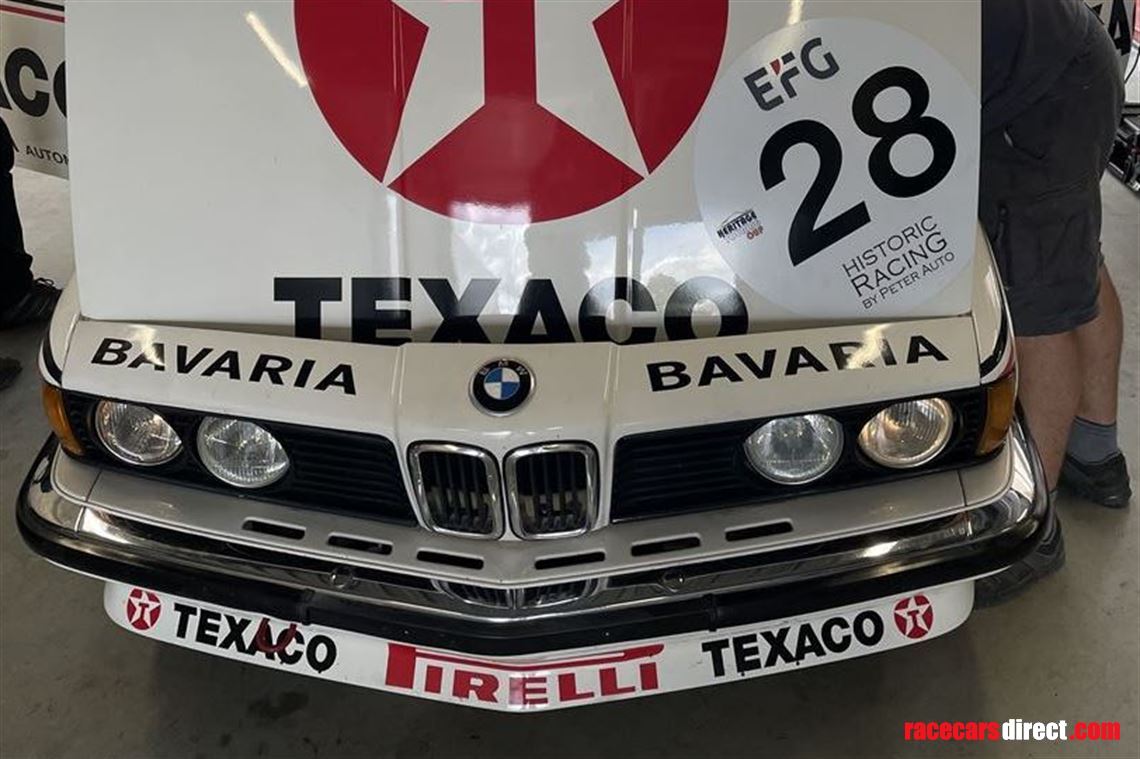 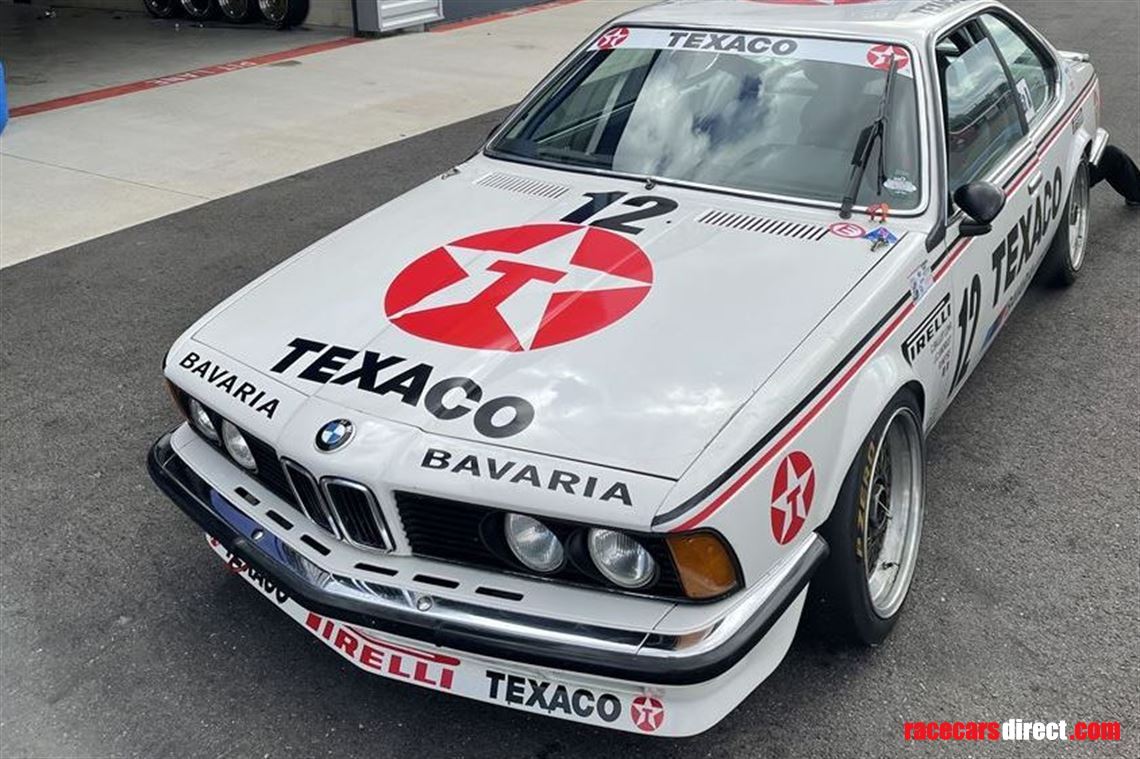 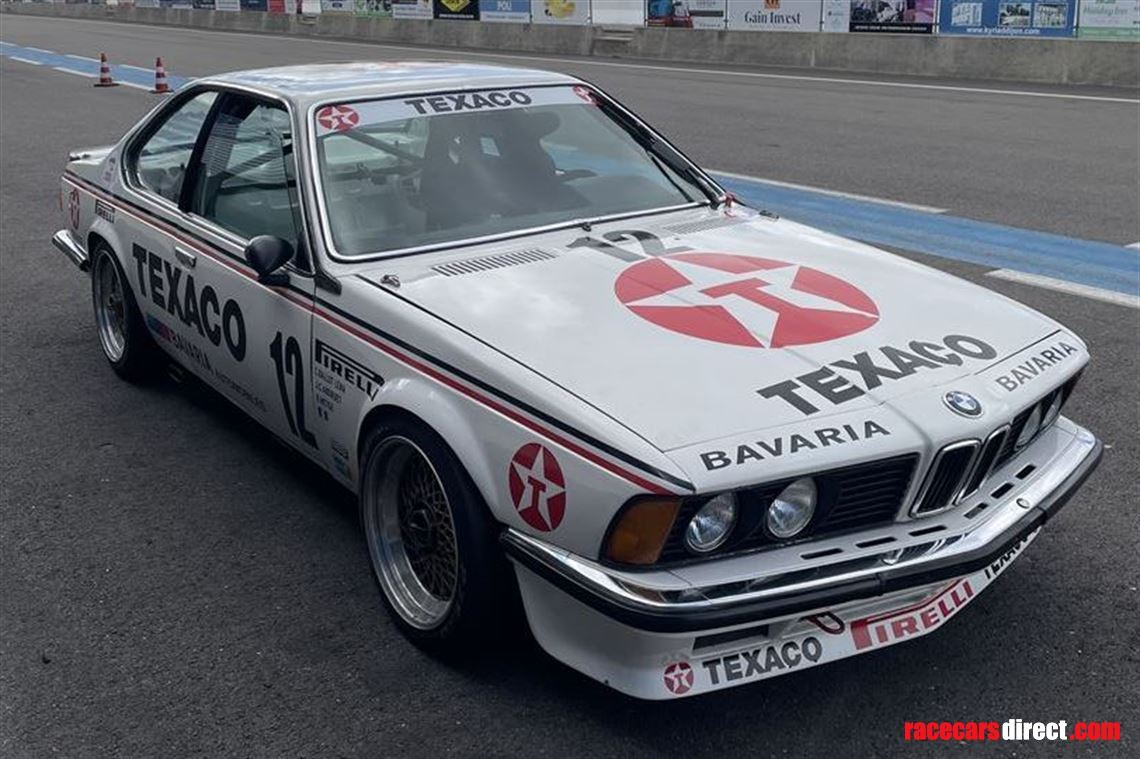 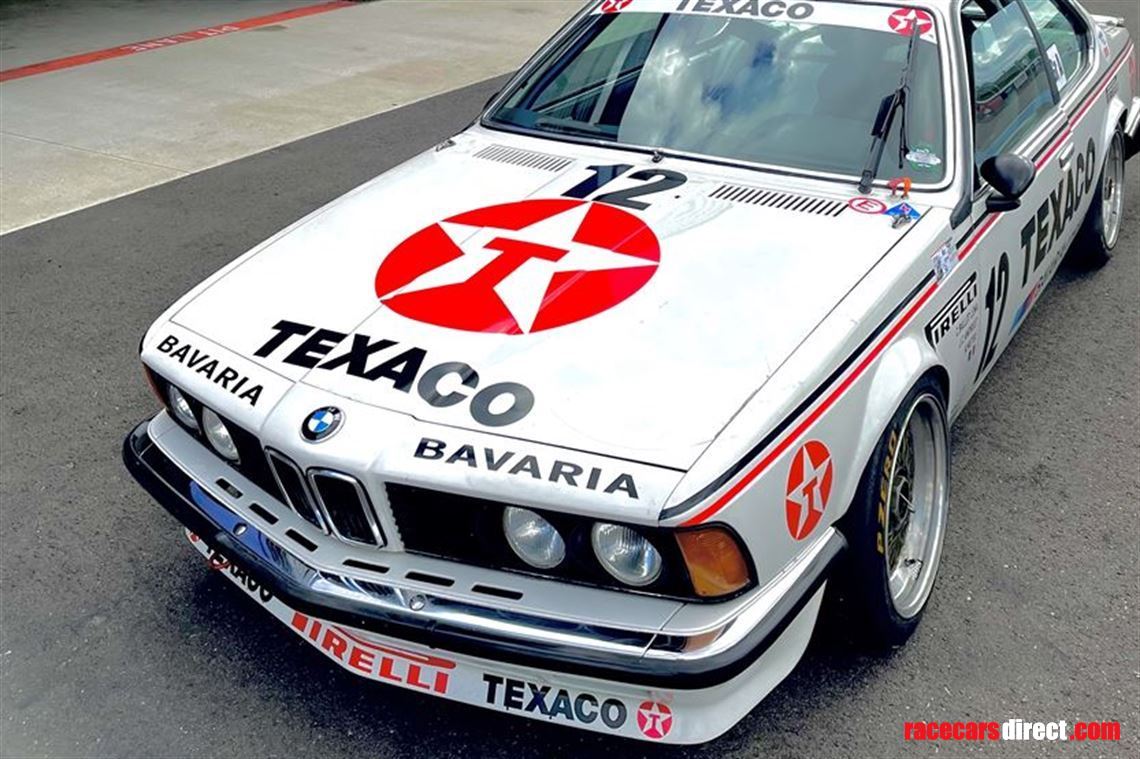 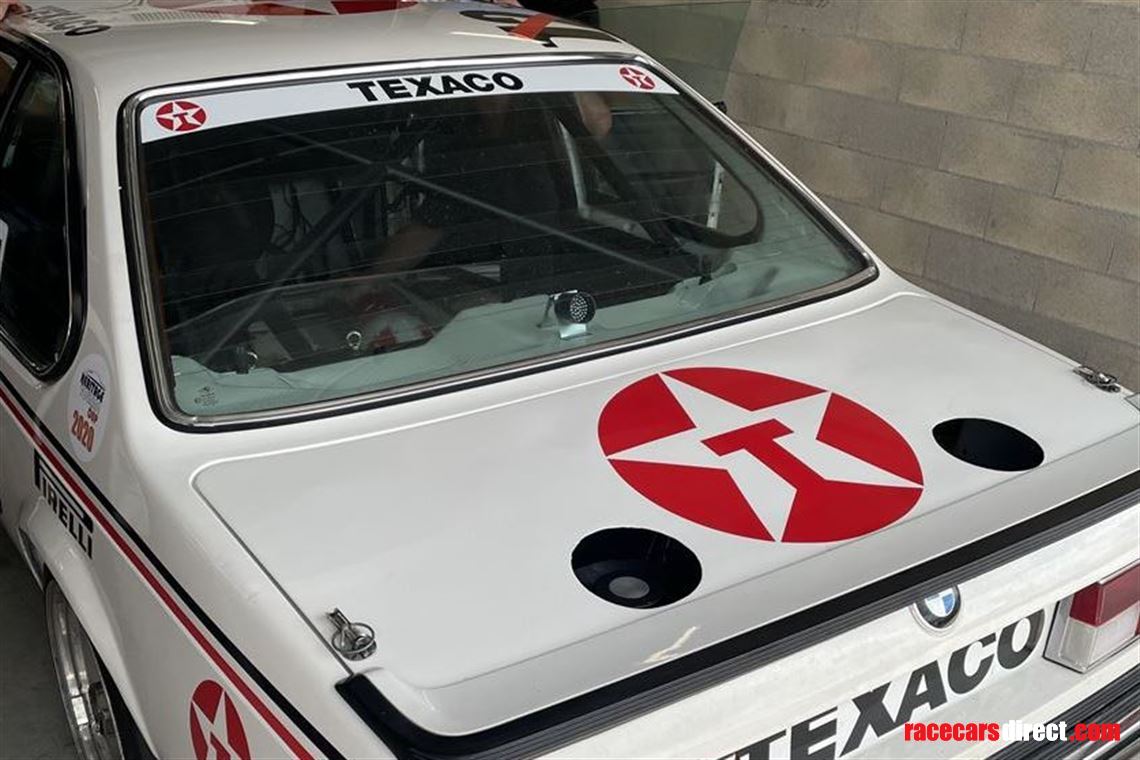 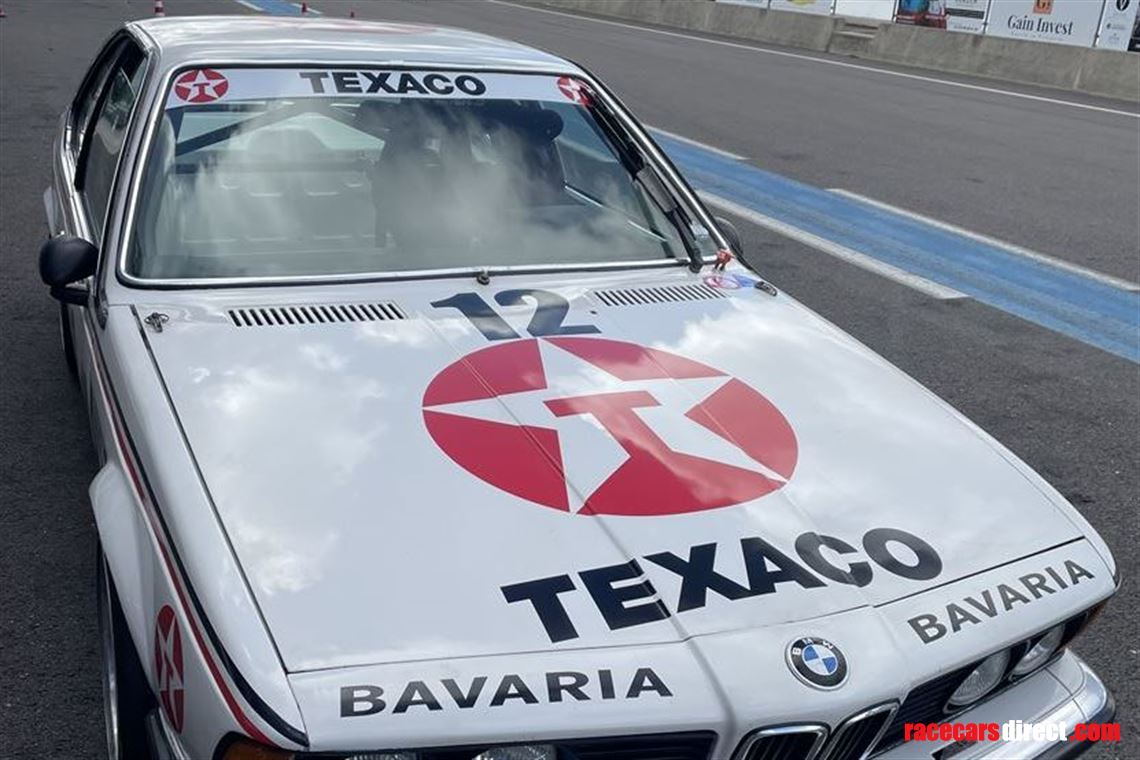 The BMW 635 CSI is an authentic German competition car that has managed to meet a challenge. To be a luxurious four-seater coupe (E24) with a very statutory and saloon-like dimensions while enjoying an exceptional sporting career, with victories in the most prestigious touring championships of the time. Ascott Collection is pleased to offer for sale chassis #RA1 23. It has a complete history, including three participations in the 24 Hours of Spa-Francorchamps.

In 1982, the Fédération Internationale de l'Automobile (FIA) changed the structure of its categories and created Group A. It is a category intended to receive modified touring or rally cars of large production. This class takes over from Group 2 and imposes a criterion: at least 5,000 identical cars must be produced over 12 consecutive months (this number increased to 2,500 in 1993). Modifications are limited to certain parts while a "preparation" is authorized for certain parts.

It quickly became apparent that Group B, reserved for rallying, would concentrate the most radical cars from the series, while Group A would become the access formula, allowing the development of high-performance series models.

BMW has to find a replacement for the 3.0 CSL that dominated the 1970s, and beef up its game because the 528i can't hold a candle to the Jaguar XJS V12 and other Chevrolet Camaros. Already homologated in the past in Group 2, the BMW 635CSI is the ideal candidate. It is thus this series 6 generation E24 which becomes the base for the category Group A.

On March 2, 1983, BMW obtained the homologation from the Fédération Internationale de l'Automobile (FIA). A total of 5118 production models are assembled. Quickly, evolutions appear. Indeed, each modification of components must be approved by the FIA. This is how half a dozen homologation extensions are granted during the first two seasons. Suspension, wheel fixation, transmission, lubrication system or bodywork, BMW is continuously developing the 635CI.

The BMW's engineers are busy with Formula 1. So BMW decided to subcontract a large part of the program. Alpina was responsible for the engine preparation of the coupe, while Karmann was consulted to reinforce the bodywork. BMW Motorsport technicians were responsible for modifying the transmission, brakes and running gear to suit racing conditions. The final assembly of the factory cars is carried out by Schnitzer in Freilassing.

The chassis numbering of the BMW 635CSIs entered in the competition changes from E24 AAA-01 (the development prototype) to E24 RA2-88, which suggests that a total of 89 cars were assembled.

In 1983, the BMW 635CSi participated in numerous Group A touring car events. The aim was to defend the European championship title won the previous season. The car was immediately popular and attracted a large number of private teams. BMW Italia or Schnitzer are among the most prominent representatives. BMW can compete with the Jaguar XJS! The 1983 season of the European Touring Car Championship was a duel between the two manufacturers.

Dieter Quester wins the drivers' title with Schnitzer ahead of Walkinshaw! In 1984, revenge for the British. BMW refused to produce an "evolution" version of the 635CSI, requiring 500 homologated cars. It was not until 1987 that BMW introduced a true replacement, the Group A version of the newly created M3.

The 635 CSI remains an icon among BMW coupes, having won in ETCC, DTM (Team Gubin in 1984) and even hill-climbing races! It was also at the Spa-Francorchamps 24 Hours that the model wrote the most beautiful pages of its history, with three successes in 1983, 1985 and 1986.

The history of chassis #RA1 23

The 635 CSI chassis #RA1 23 has been entered by Bavaria Automobiles, a French team based in Reims. Assembled in 1985, it was initially intended for the European Touring Car Championship (ETCC). Finally, the team led by Dominique Fornage entered the car in the 1985 Spa Francorchamps 24 Hours with Claude Ballot-Lena, Jean-Claude Andruet and René Metge. They finished in a fine 8th place. Two more participations followed in the Belgian endurance event. In 1986, the trio of Marc Sourd, René Metge and Philippe Hazebrouck finished at the foot of the podium behind two factory cars prepared by Schnitzer.

Restored and back on track

Our 635 CSI was then kept in its original condition before undergoing a first restoration including the replacement of the original aluminium roll bar with a steel FIA roll bar designed by MATTER. José Rocher and Eric Castel who had prepared the car at the time overhauled the car in 2014. Acquired in 2020 by the current owner, it has received extensive work including a complete overhaul of the engine and gearbox. The running gear has also been overhauled. The invoices for this recent work are on file. The car was tuned and validated during track tests in the autumn of 2021 with a view to entering it in the Heritage Touring Cup by Peter Auto in 2022, but the owner has now decided to change category. It is now available for sale.

Thought to be one of around 50 Group A 635 CSis jointly produced by Alpina and Schnitzer Motorsport.

Check below our incredible offer for the NEW AUDI TCR cars build from 2020 onwoards!

Zytek F 3000 engine not used after rebuilt at Zytek