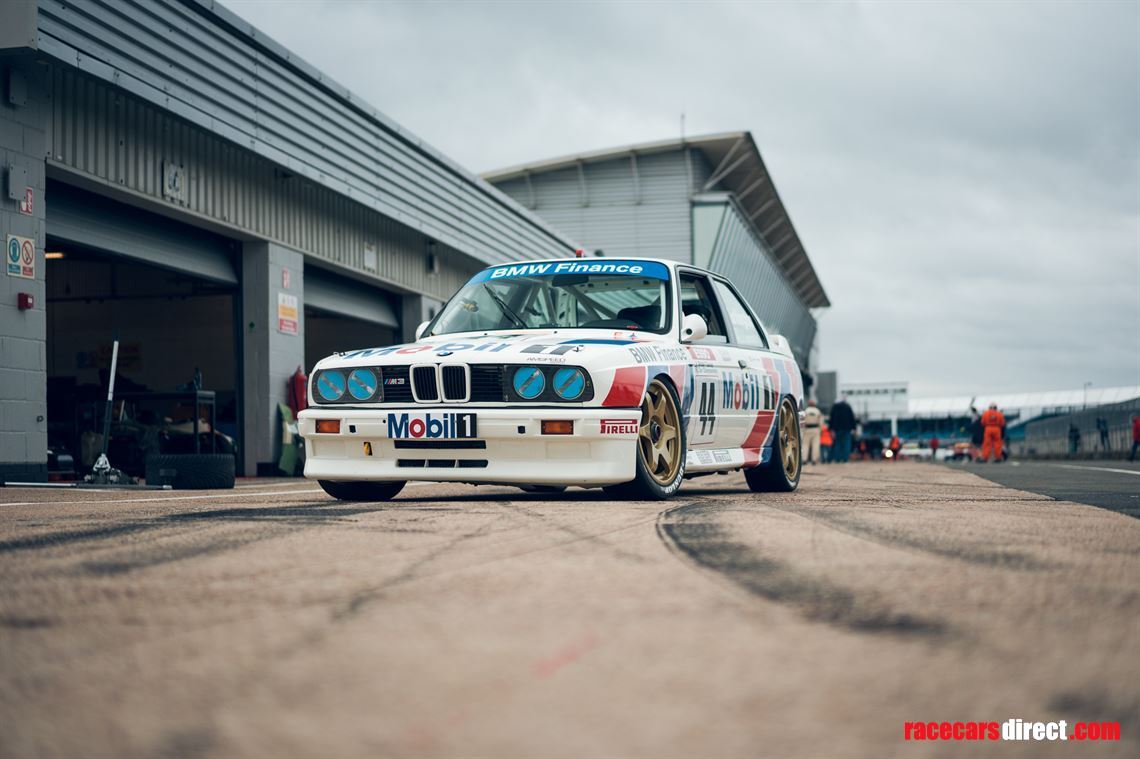 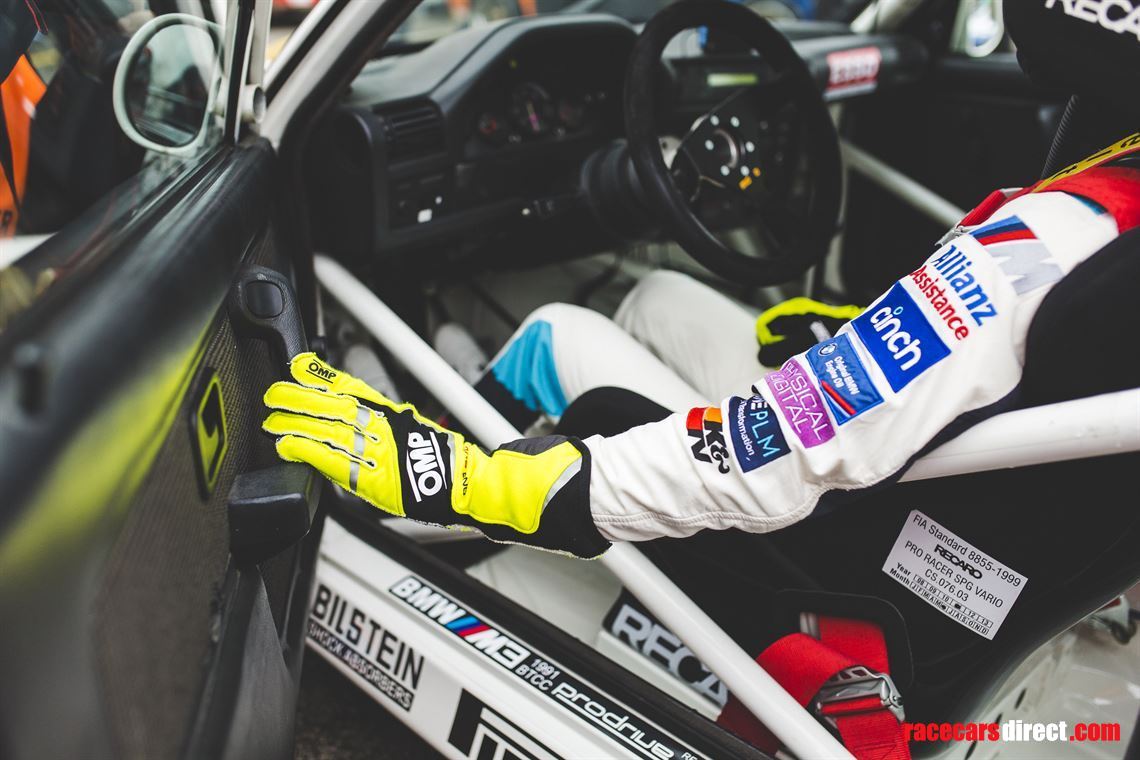 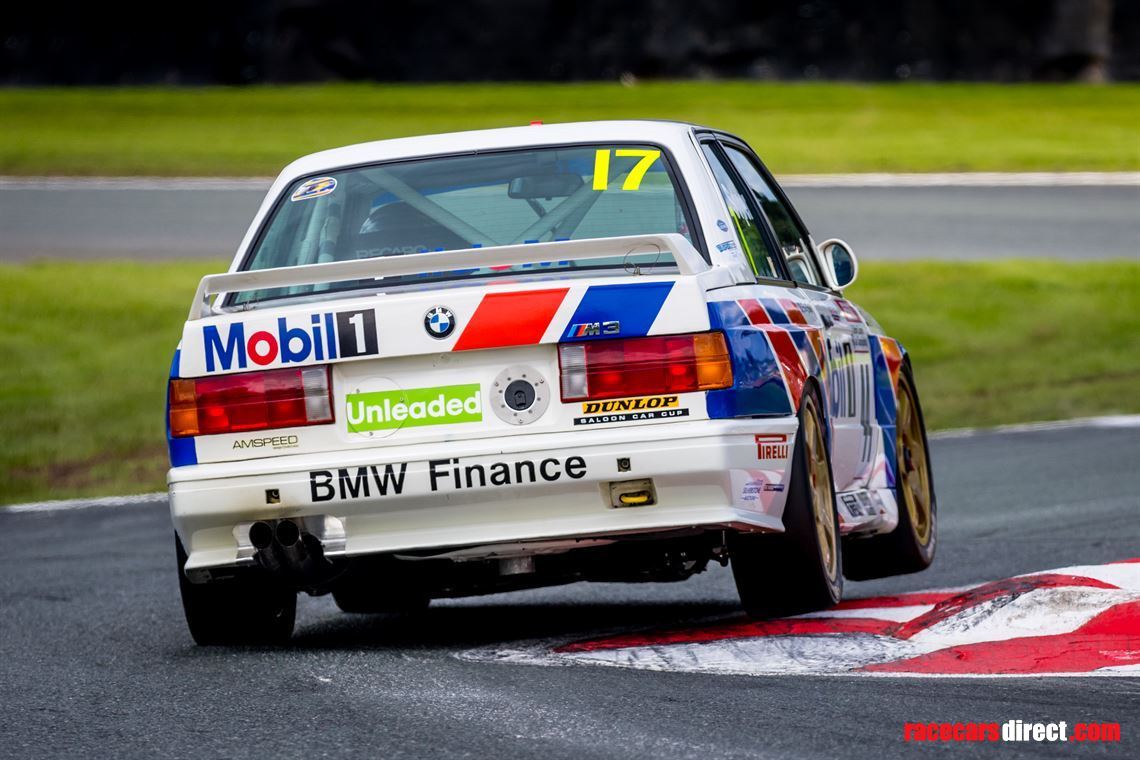 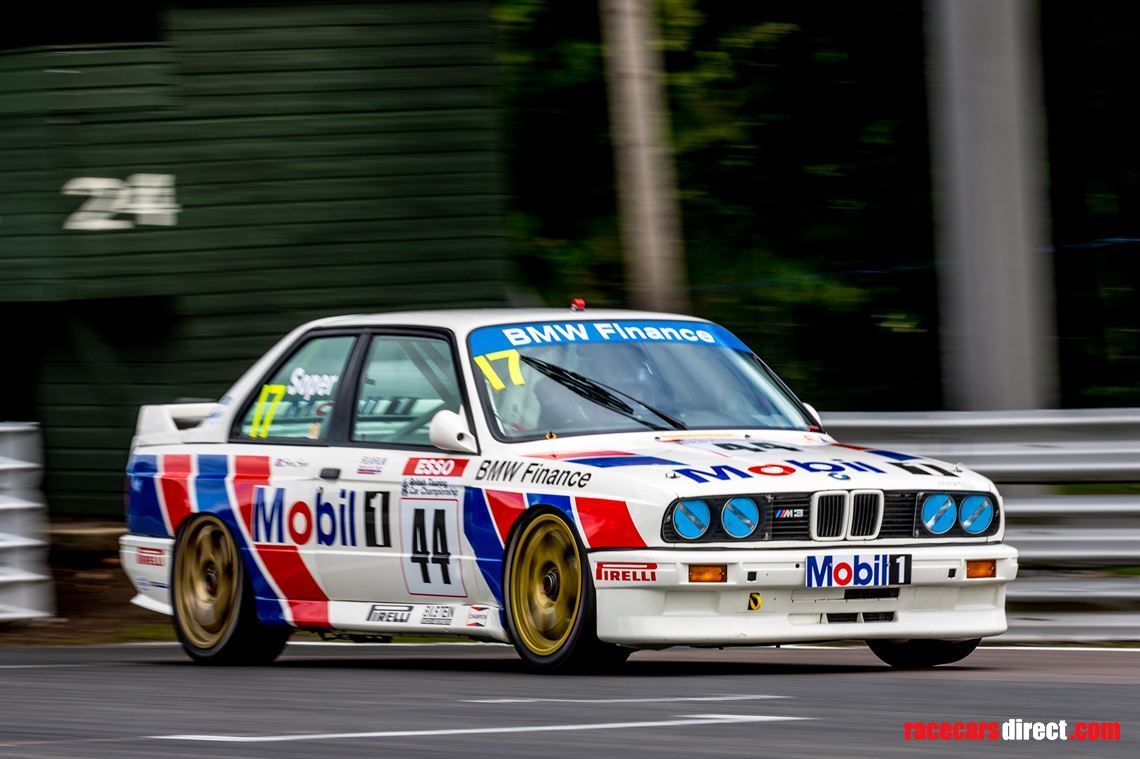 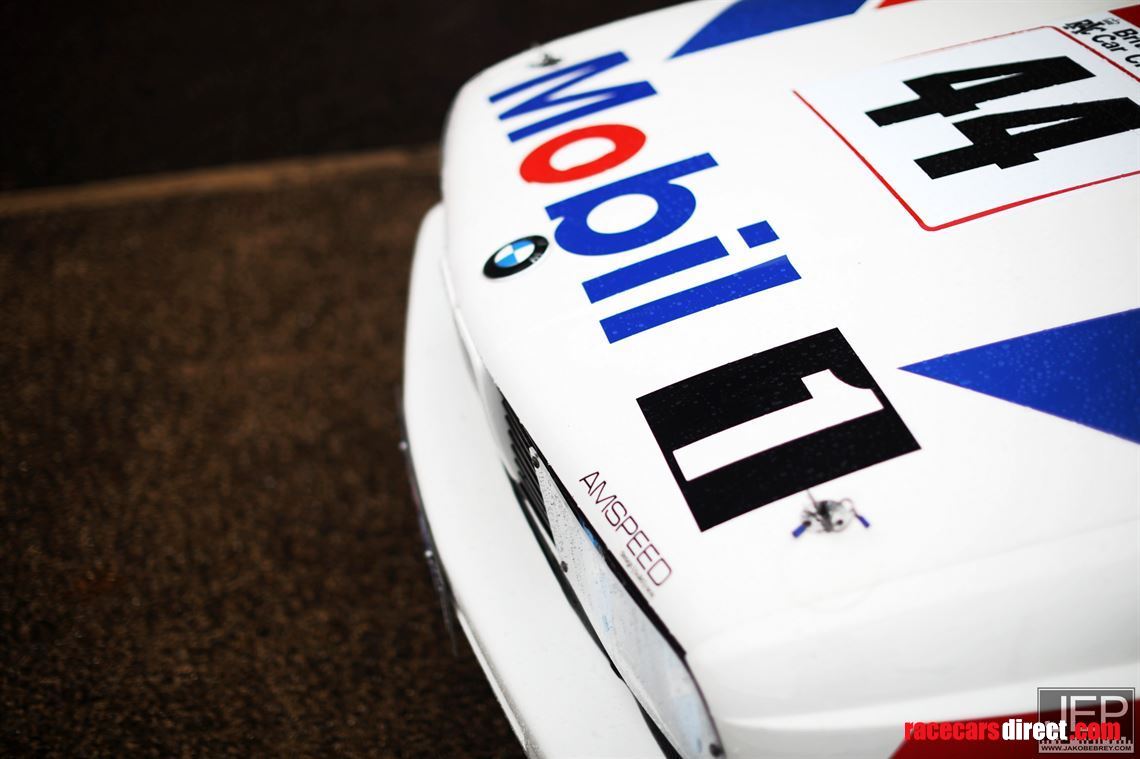 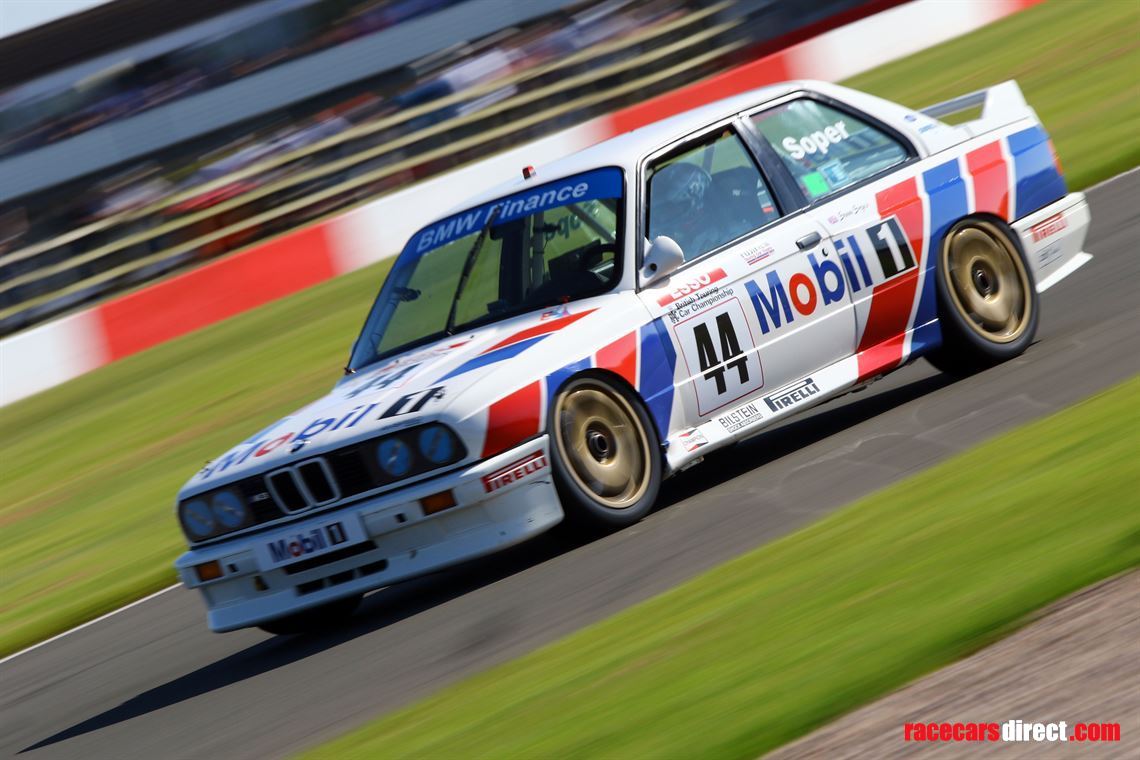 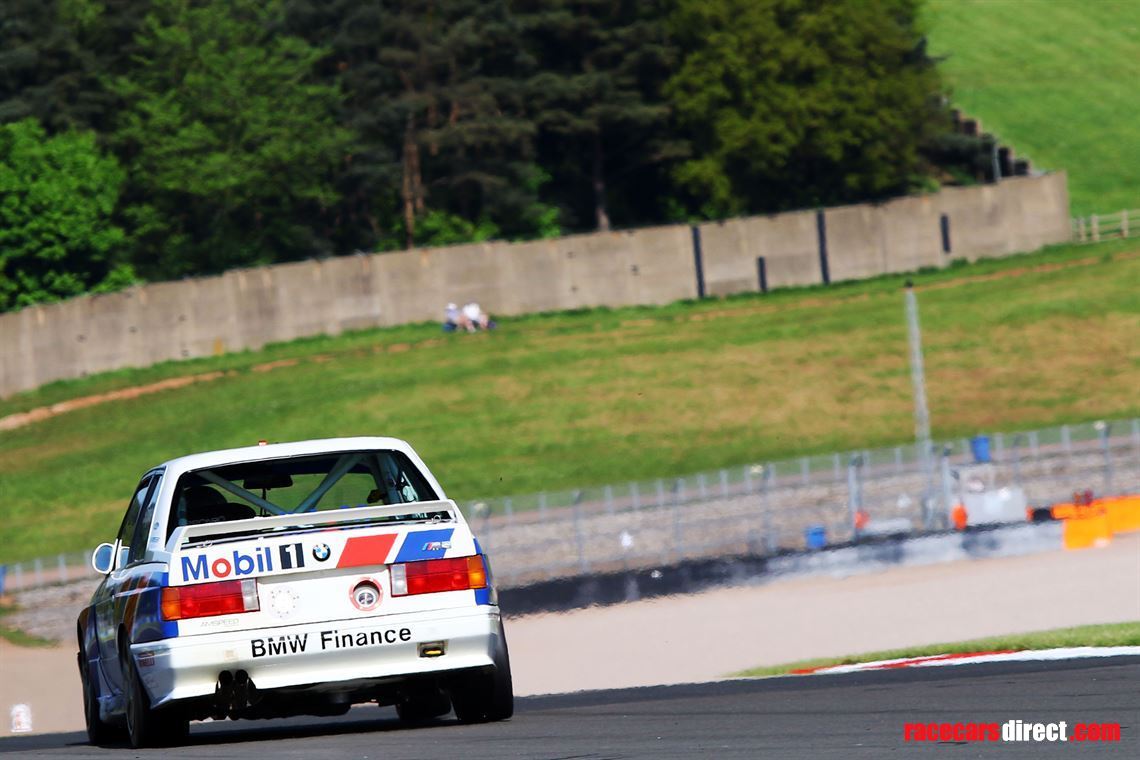 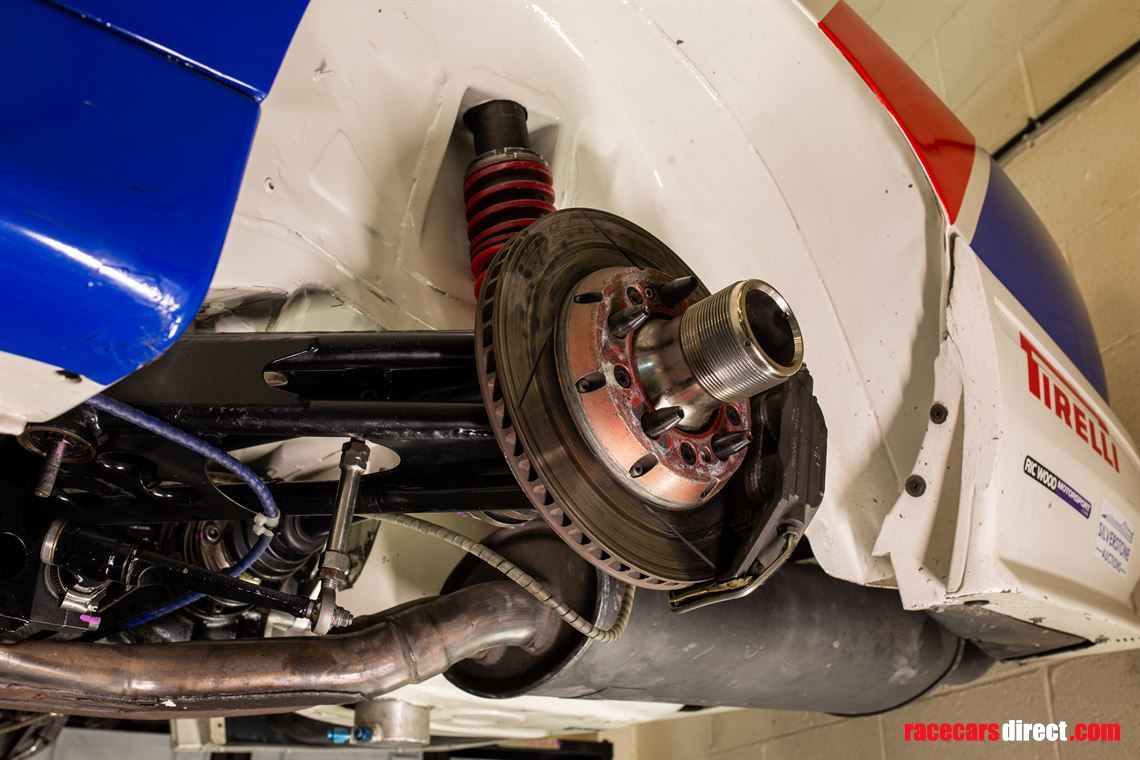 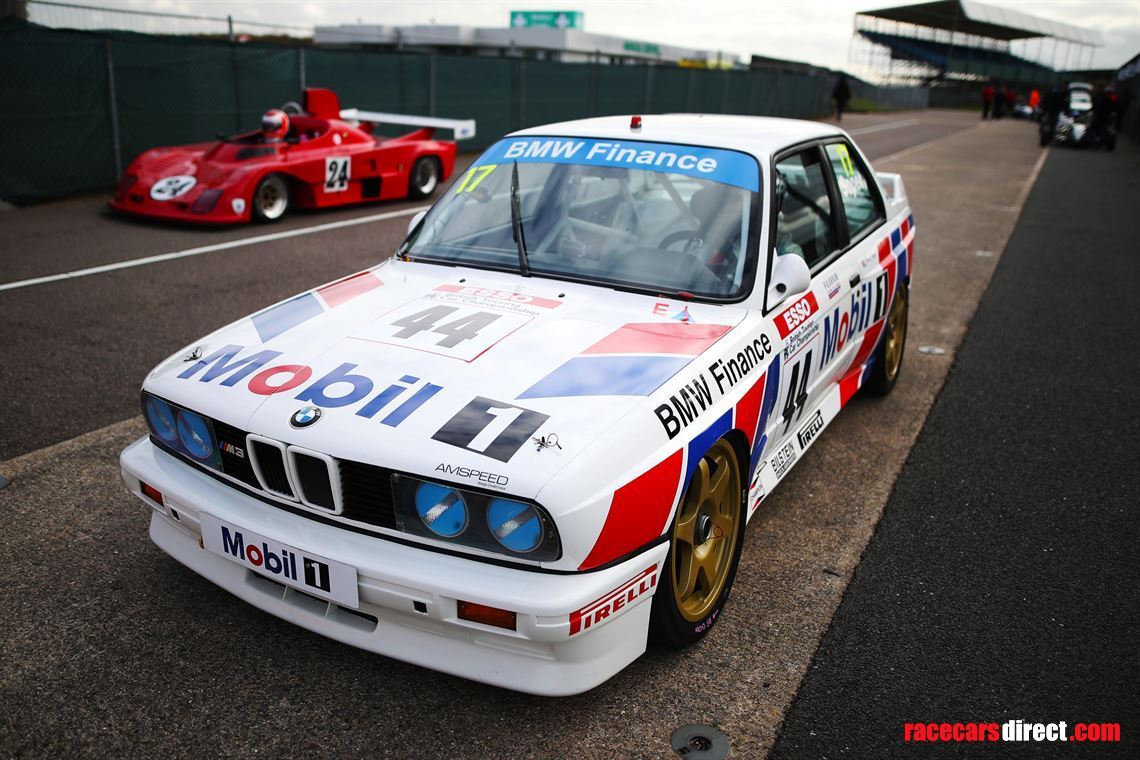 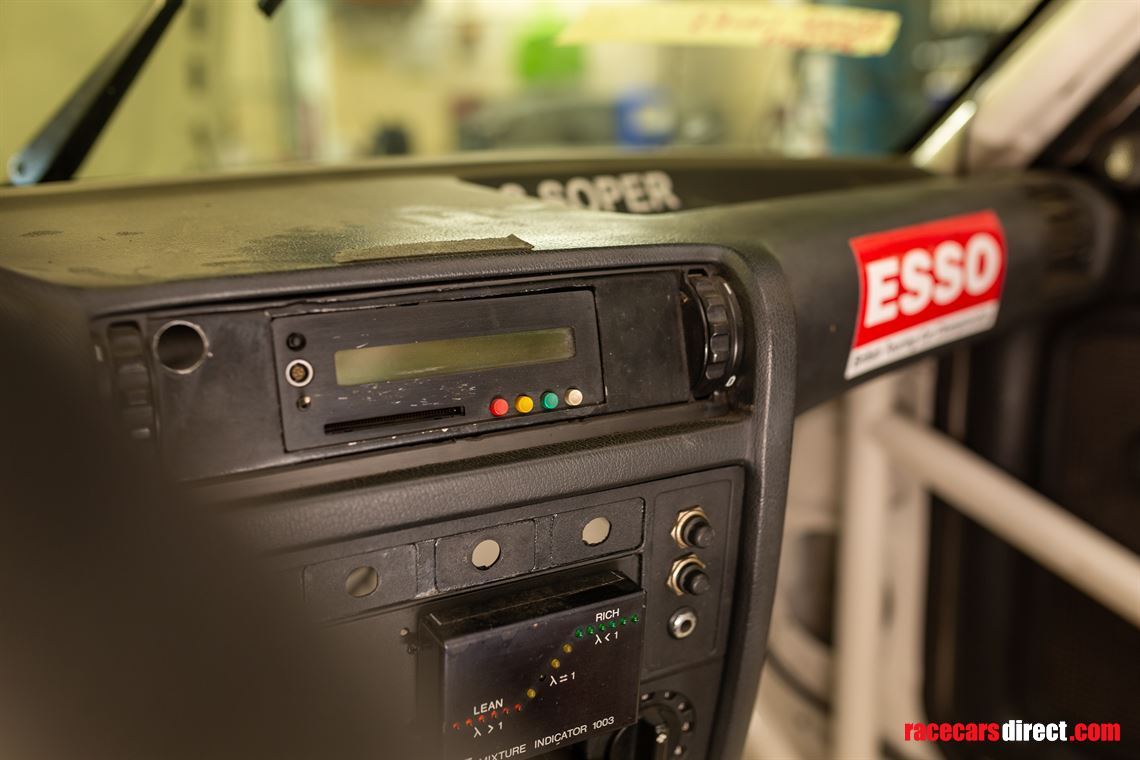 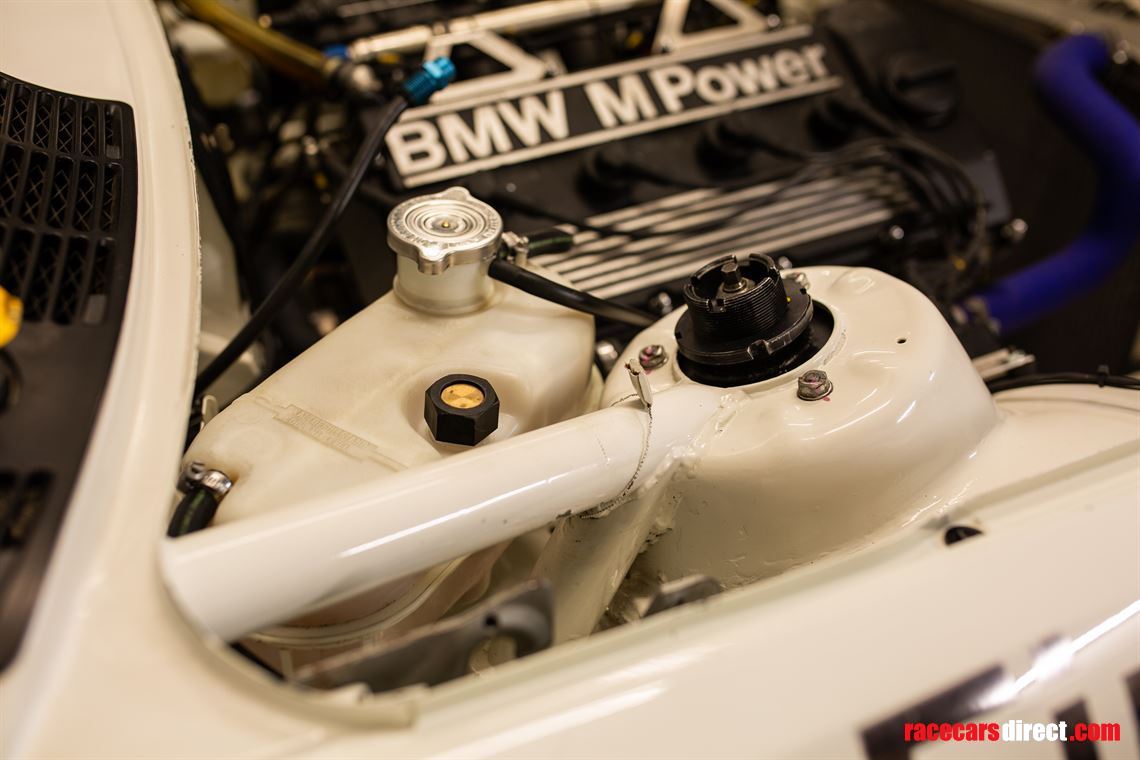 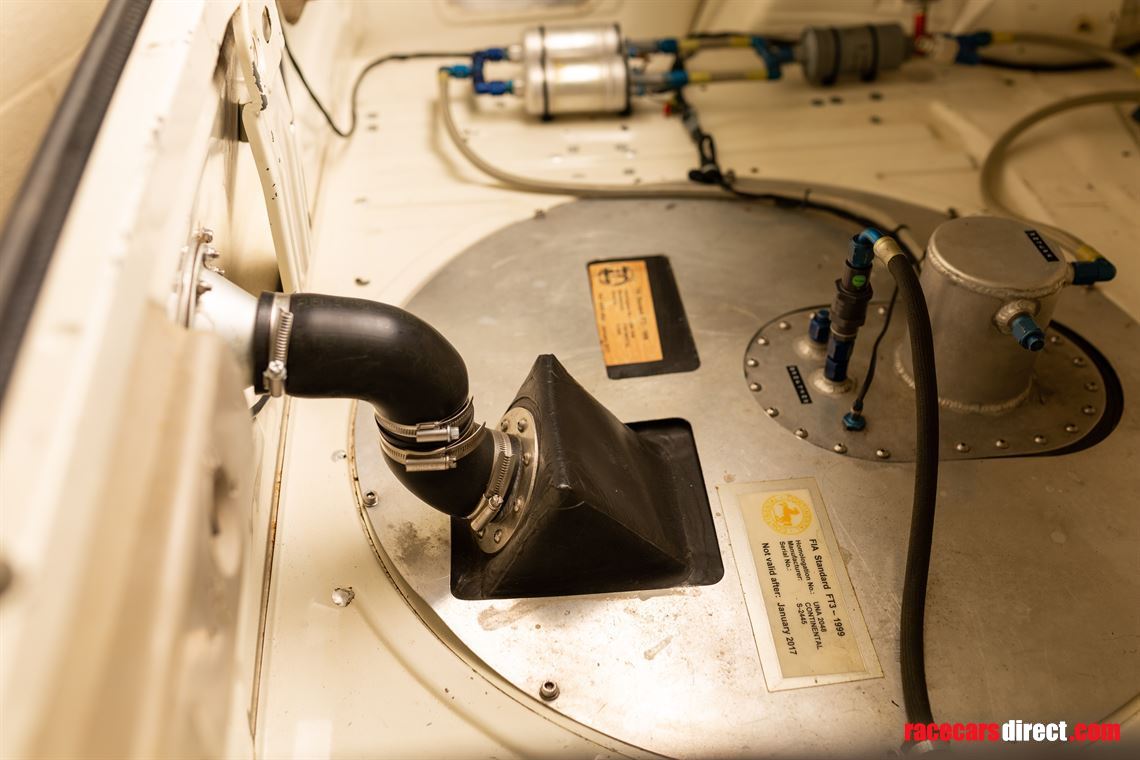 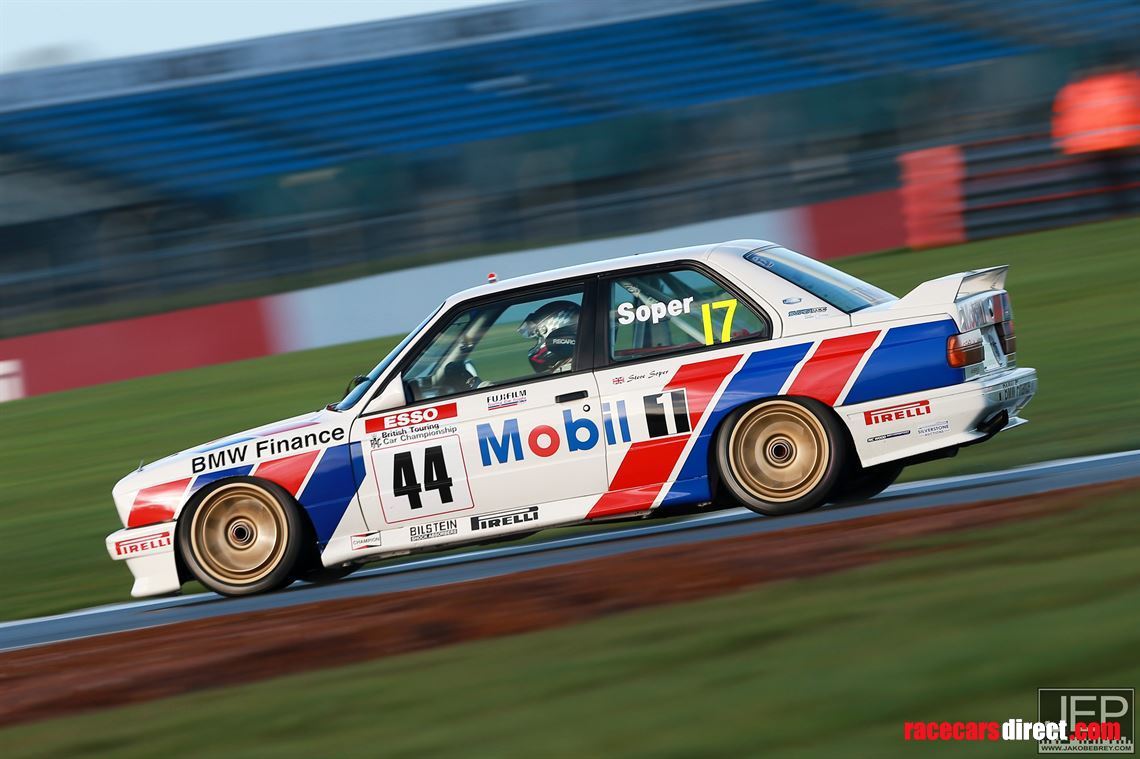 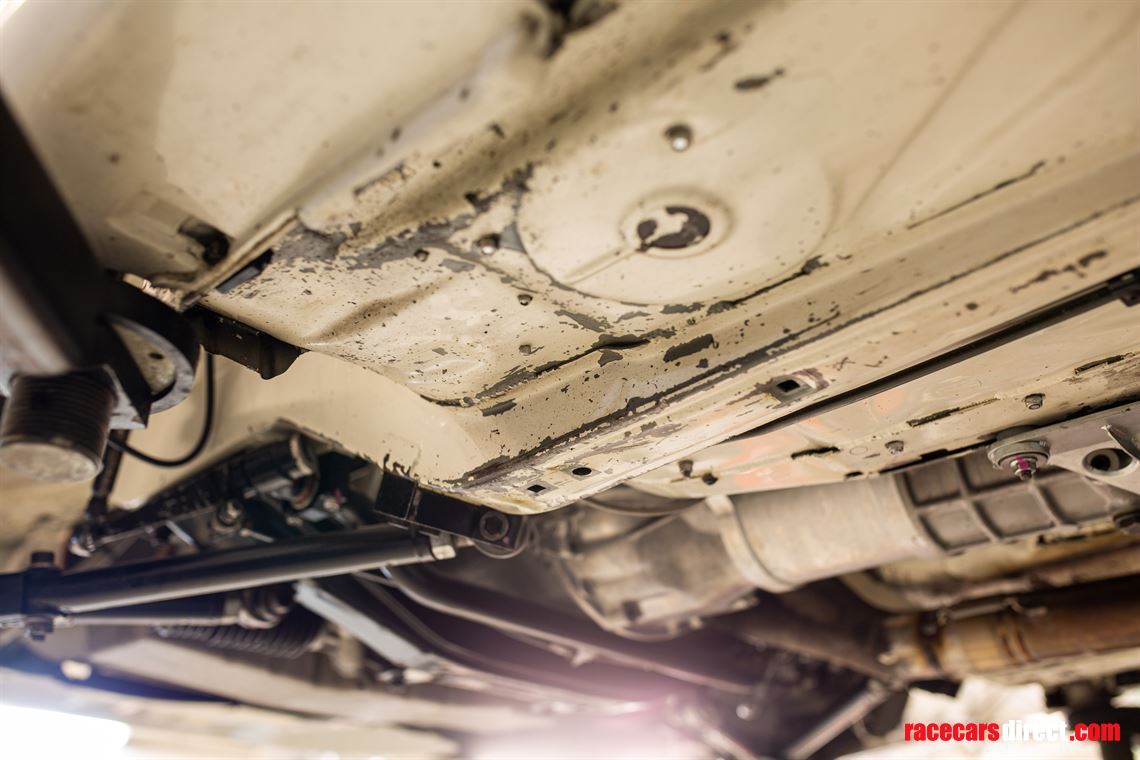 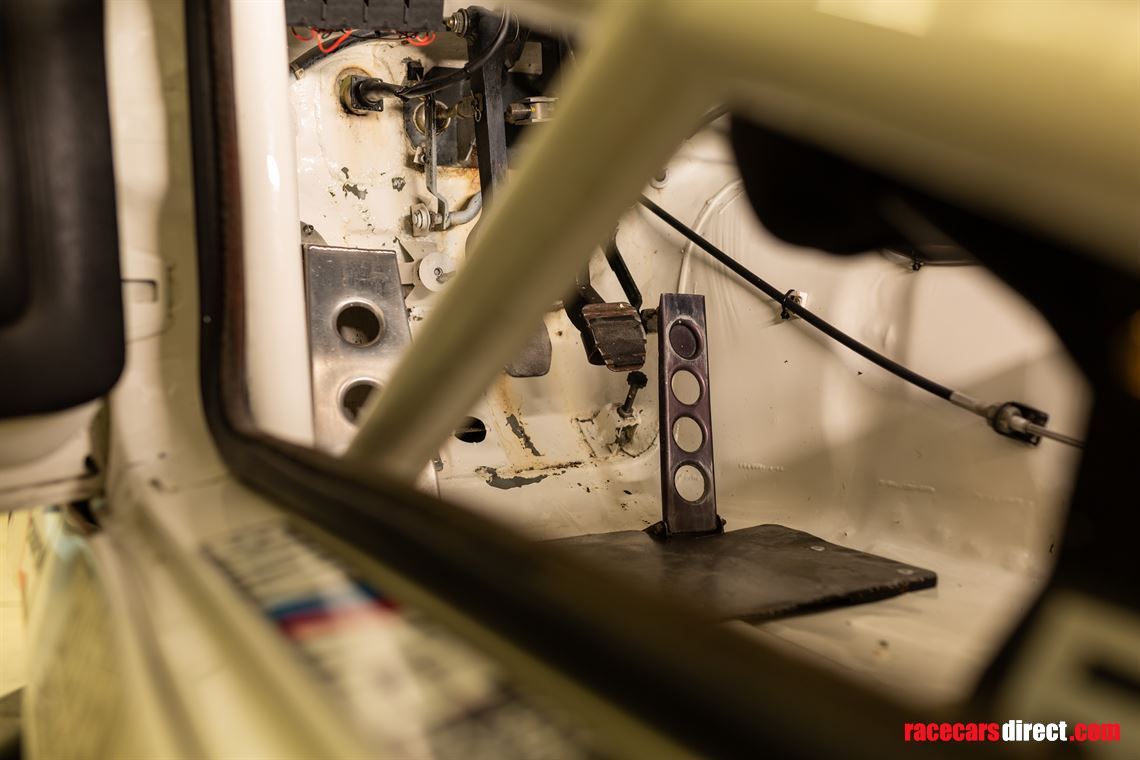 In the 1991 BTCC season Steve Soper dove tailed his driving duties with DTM meaning the car was also driven by Tim Sugden and Christian Danner respectively, a total of 6 podiums including 4 wins was achieved that season. This car was used from the Oulton Park round after a testing crash the week prior writing off the earlier chassis used.

Since the car left its original team Prodrive the car was purchased by a private collector Brian Chatfield in the UK and believed to have been used in club racing. From there the car was sold to New Zealand as part of a large collection of Ex BTCC cars and used in NZ Historic racing until sold in 2008 to the USA.

In 2012 we decided to increase the capacity of the engine to 2.5l due to the class structure. The engine was built using a new BMW S14 2.5 block whilst retaining the original camshafts and slide throttle from period. The car is fitted with a 6 Speed Dog Engagement Holinger Gearbox although not fitted to Prodrive cars in 91 this was used in period by rivals Vic Lee Motorsport.

This car retains countless original features such as RAC cage seal, Trakfax lap timing beacon, RAC Advertising Permit and came to us with the shift light mounted on to the dash unfortunately now not fitted.

For further information on the car please contact us on 01280701230 or at info@amspeedracing.co.uk