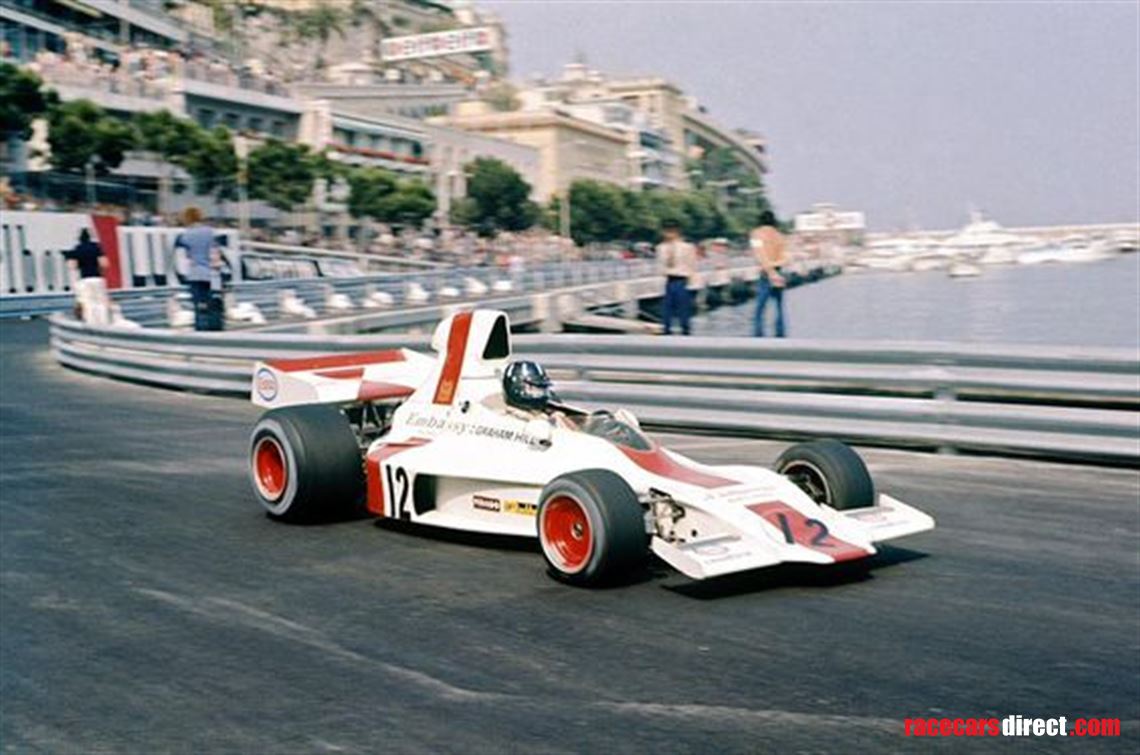 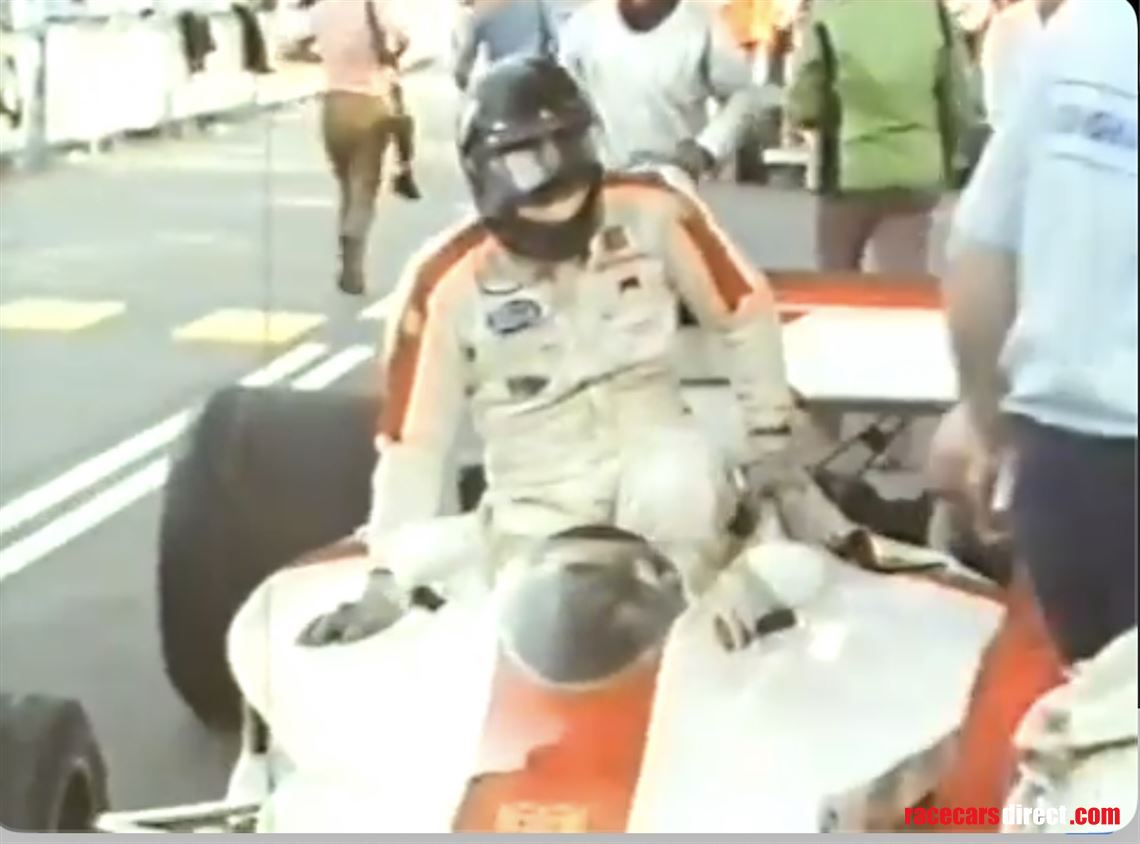 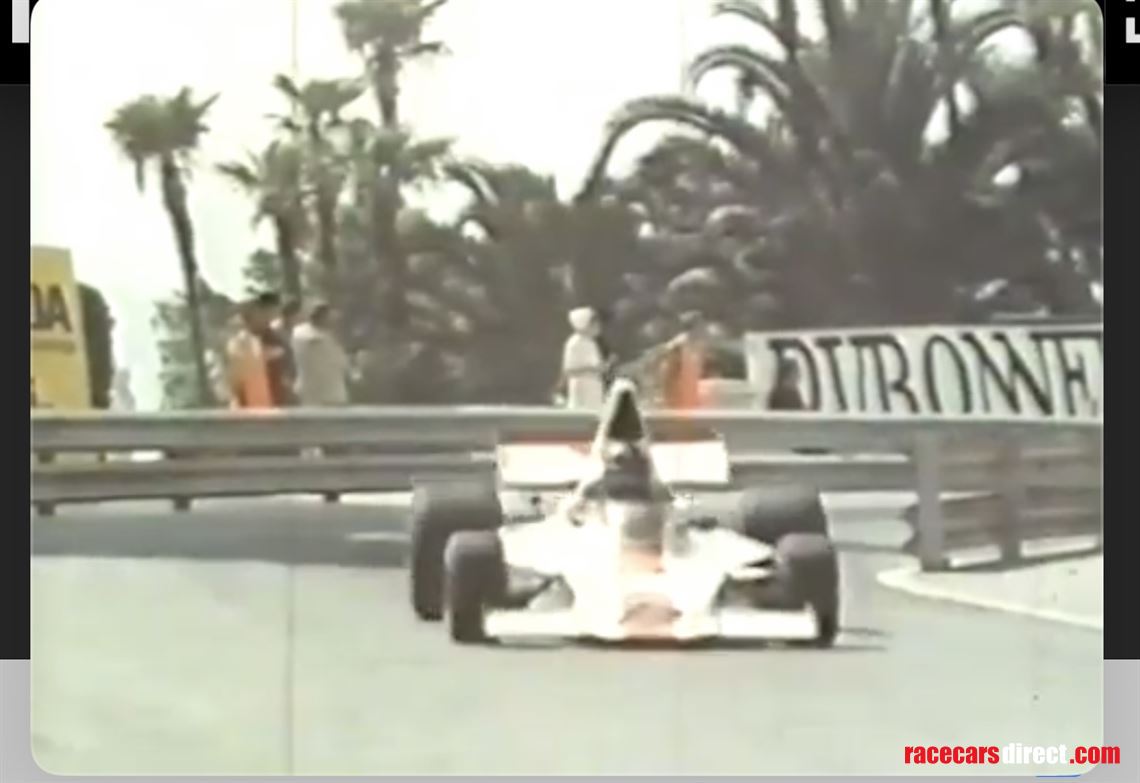 The 1973 Shadow DN1 was the first Formula One car from a team more well known for their CanAm cars. It was designed by former BRM engineer Tony Southgate. In addition to the two “Works” cars was a customer car run by Graham Hill’s fledgling F1 team, Embassy Hill.

“When Graham Hill decided to form his own team in 1973 with himself as driver and headcook and bottle-washer he was heavily sponsored by Embassy Cigarettes. He bought one of the first of the new Shadow cars and it was actually assembled away from the Northampton factory of Shadow Cars, they merely supplying all the bits and pieces.”

In truth it was a step too far for Graham Hill and although he competed in every round his best result came at Zolder in the Belgian Grand Prix where he finished 9th. Running as number 12, the combination of Graham Hill behind the wheel and his iconic livery made for a strong image so ironically although not massively successful it achieved a lot of positive publicity especially at Monaco which ran its new “Mickey Mouse Kart track” layout in 1973 Grand Prix, incidentally still the format used today!!

In 1974 Graham Hill ran two Lolas so his sole Shadow, Chassis DN1/3A, was retired to promotional use and retained as a show car with a dummy engine. Following the end of the team the family kept the car until his son Damon needed backing for his break into Formula One when the car was sold to an American collector. Having kept the car as a static display he sold the car onto the penultimate owner who campaigned the car in Masters Historic Formula One Championship.

Our client has seen the car welcomed at this year’s Monaco Historic Grand Prix (the first time the car has raced at Monaco since Graham Hill raced it in 1973), Goodwood Festival of Speed (where Damon Hill took the car up the Hill) as well as many static displays. The car will be entered for 2022 Monaco Historic GP.

Race ready with FIA HTP papers issued in 2021 this car is a hot entry for all the premier events. The car is available for sale at £475,000