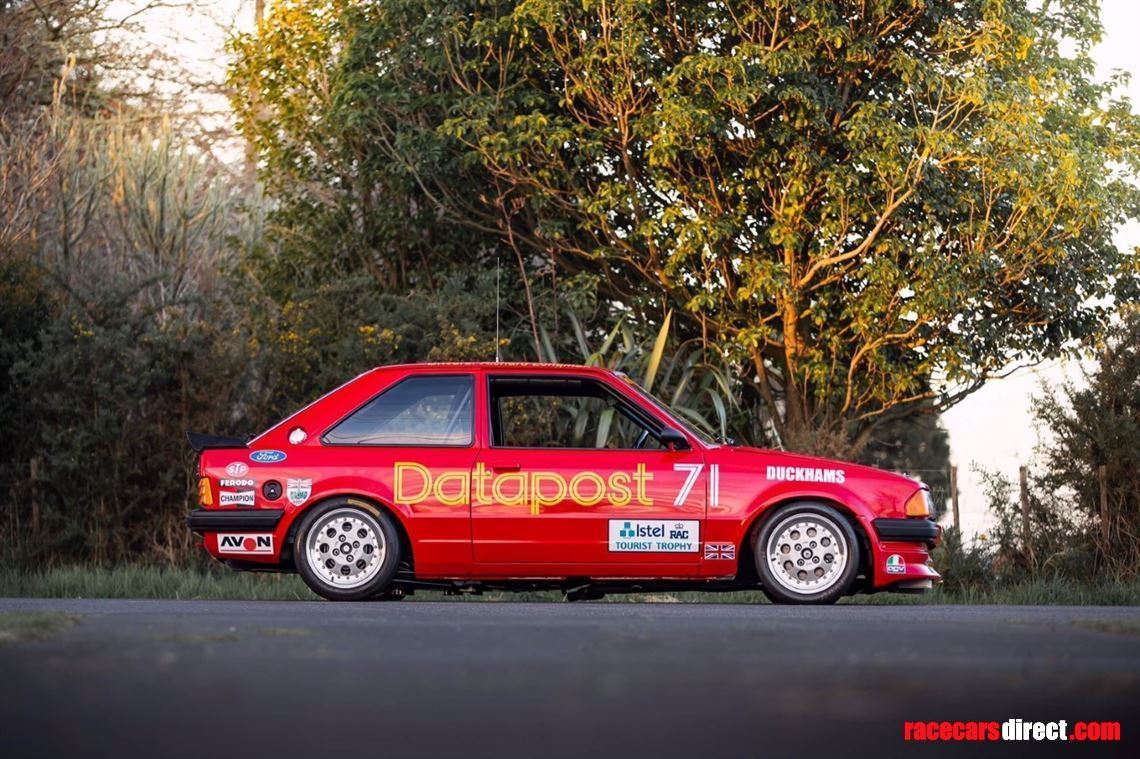 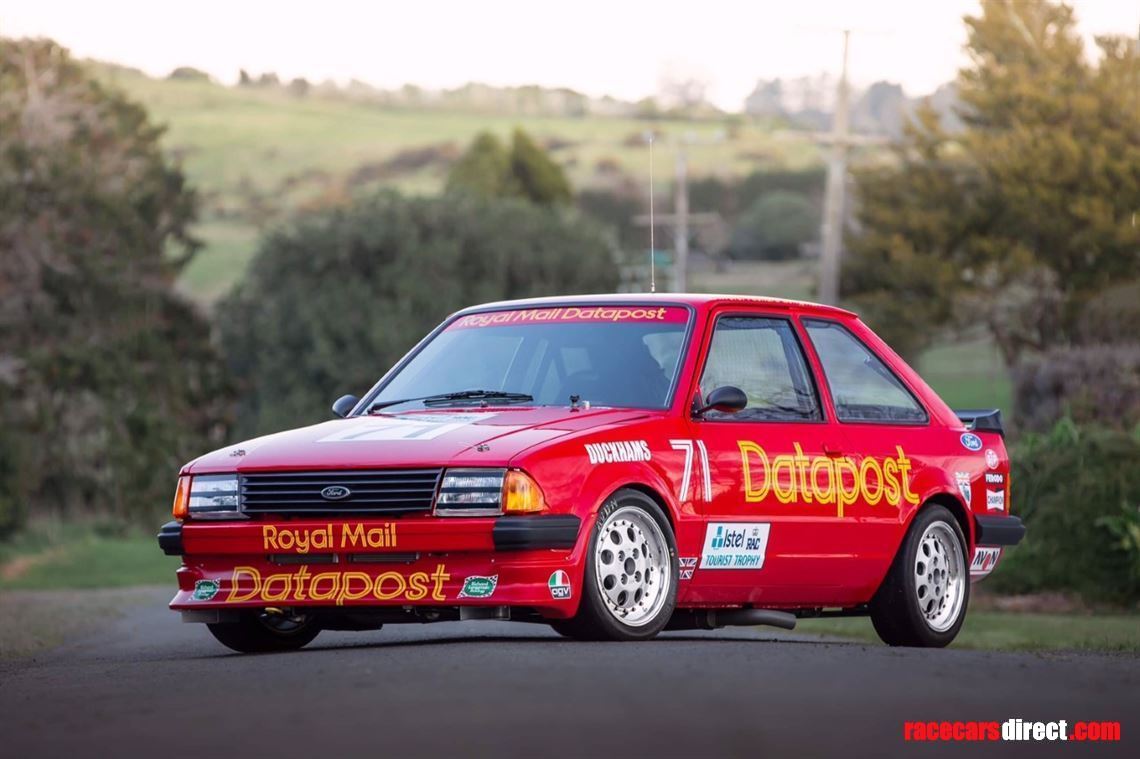 This pristine Group A RS1600i bears the chassis number WF0BXXGCABDK44335

This works supported car started life as a standard RS1600i road car, and was delivered by the Ford Motor Co. early in 1983 (along with 2 other sequentially numbered cars) to Richard Longman Engineering in Christchurch, Dorset where it was converted into into the Gp. A Datapost car for the 1983 BTCC.

This car was raced as number 71 by Richard Longman and Alan Curnow in the ETCC races, it was the “endurance spec” car, fitted with long range fuel tanks. Most notably it won the 1983 and 1984 Tourist Trophy races at Silverstone in the hands of Richard Longman and Alan Curnow. (it was also kept as a spare “team car”) . It was also leased to Karl Jones to make a one off appearance in a BTCC round. After the 1984 season it was sold to Paul Mabee in New Zealand, and was campaigned in the Benson and Hedges series, as well as the Nissan Mobil endurance series at Wellington and Pukekohe.

In 1988 the car was purchased by its current owner Myles Hicks, who is one of NZ’s top classic car restoration experts, and kept for his personal collection. He performed a full rotisserie restoration, all of the bodywork, as well as mechanical parts were overhauled to a very high standard, utilising as many of the original parts as possible. Engine, gearbox, suspension, fuel system etc. were all overhauled. Most importantly it still retains its original bodyshell, as well as all of the major mechanical parts such as the original Longman engine block and cylinder head, special camshaft etc.

This is a rare opportunity to own one of these iconic cars, and with a low and continuous ownership history, coupled with its immaculate condition, it will be at home in any collection, or ready to hit the track again after a very long absence from racing. This is the first time this car has been offered for sale in over 30 years.

Car can be imported into the UK under heading 97. 05 (collections and collectors’ pieces of historical interest), where customs duty is nil, and VAT is charged at an effective tariff rate of 5%. Car is located in New Zealand, and I am happy to arrange shipping anywhere in the world at a competitive rate.