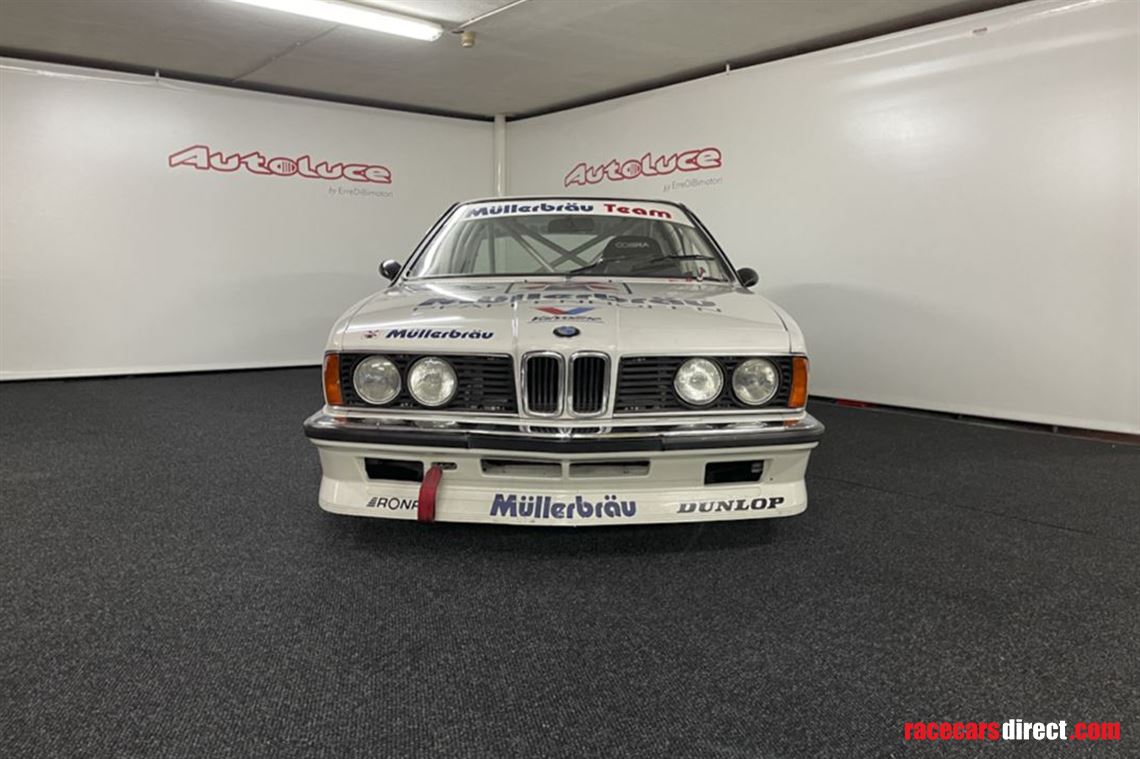 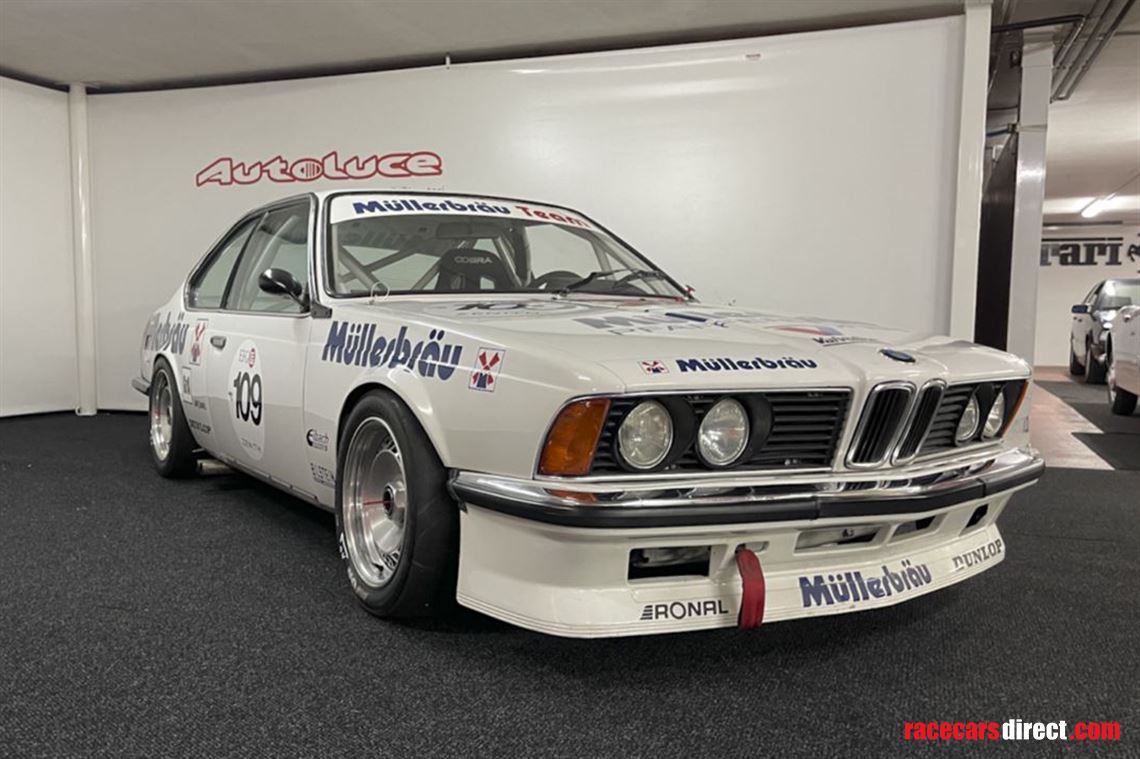 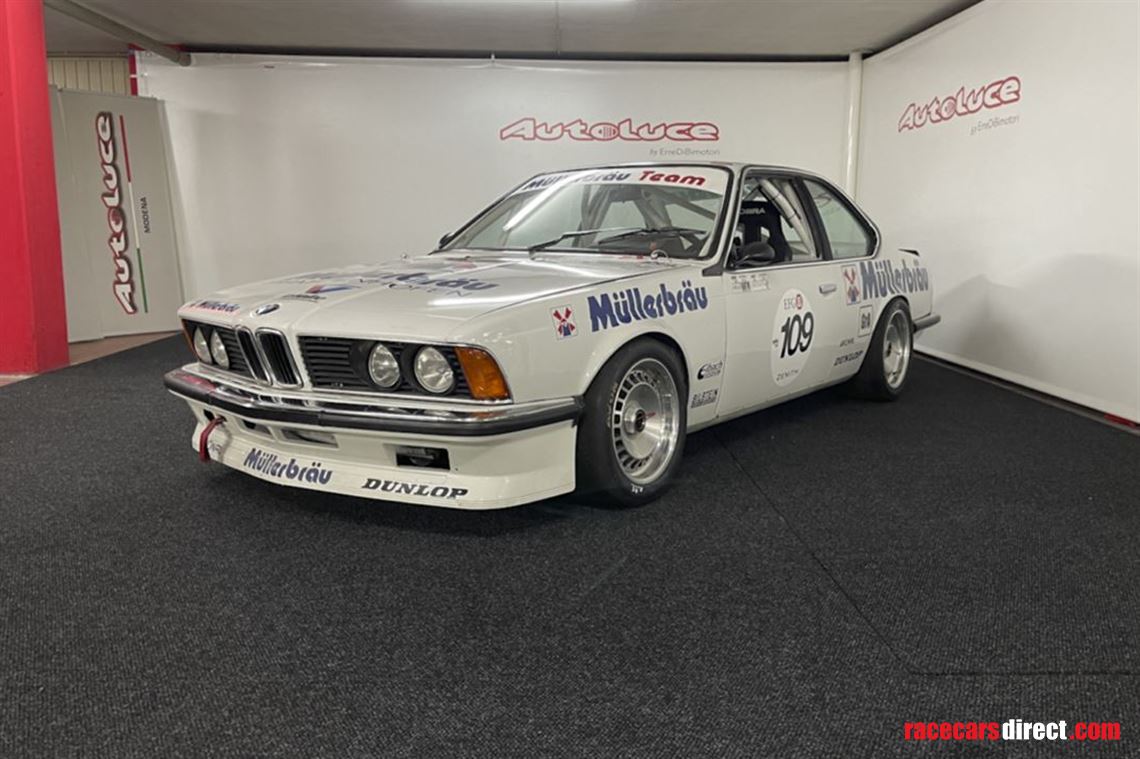 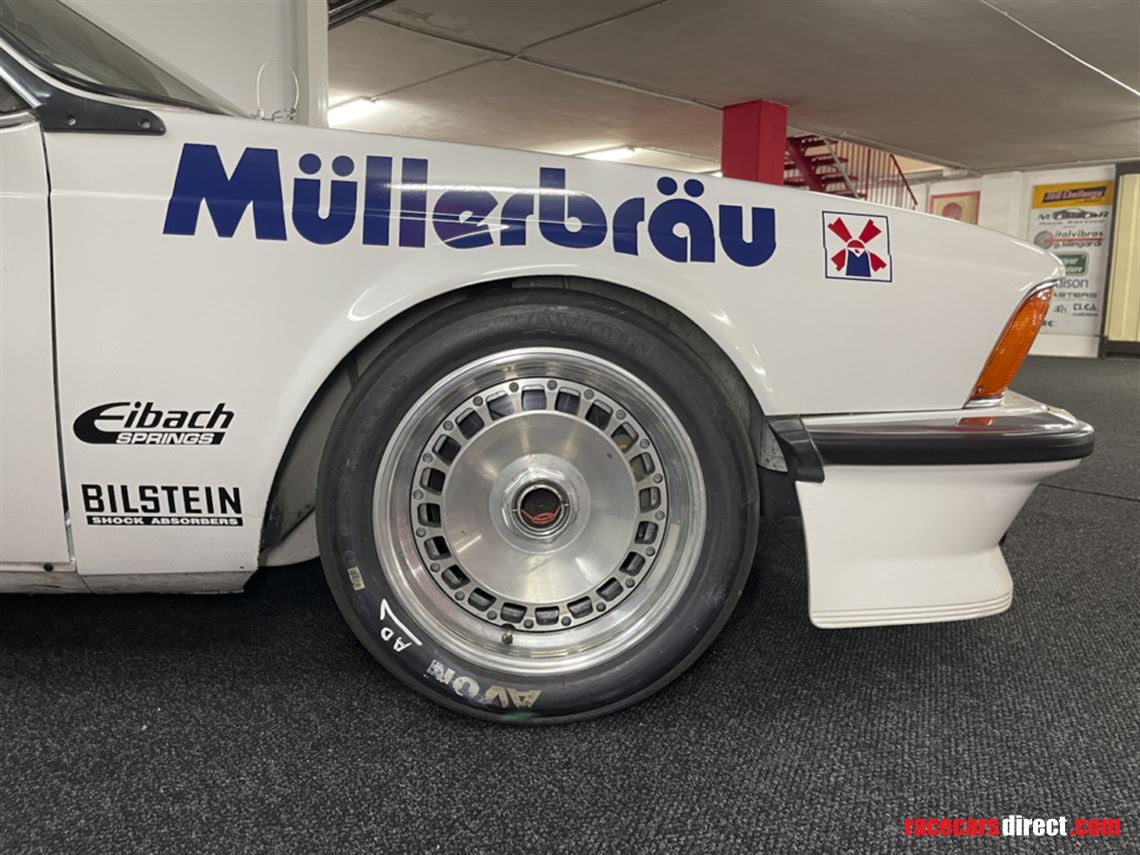 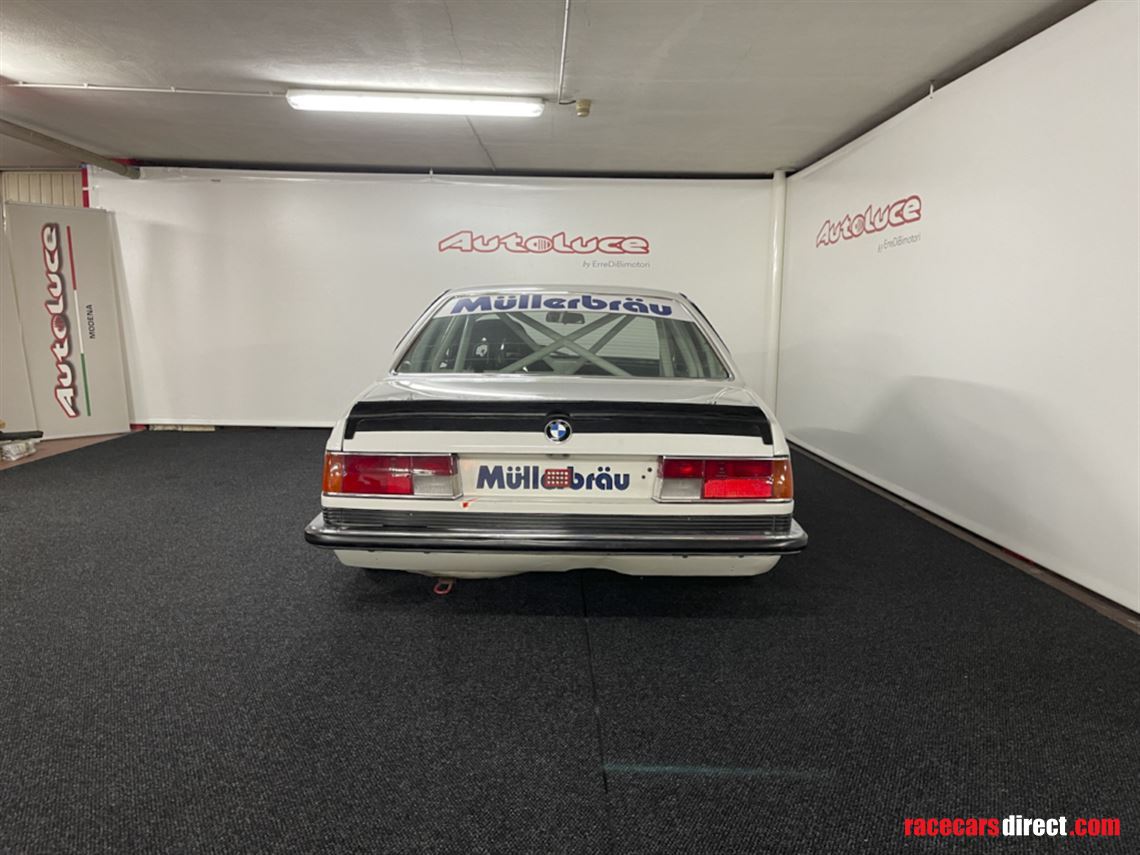 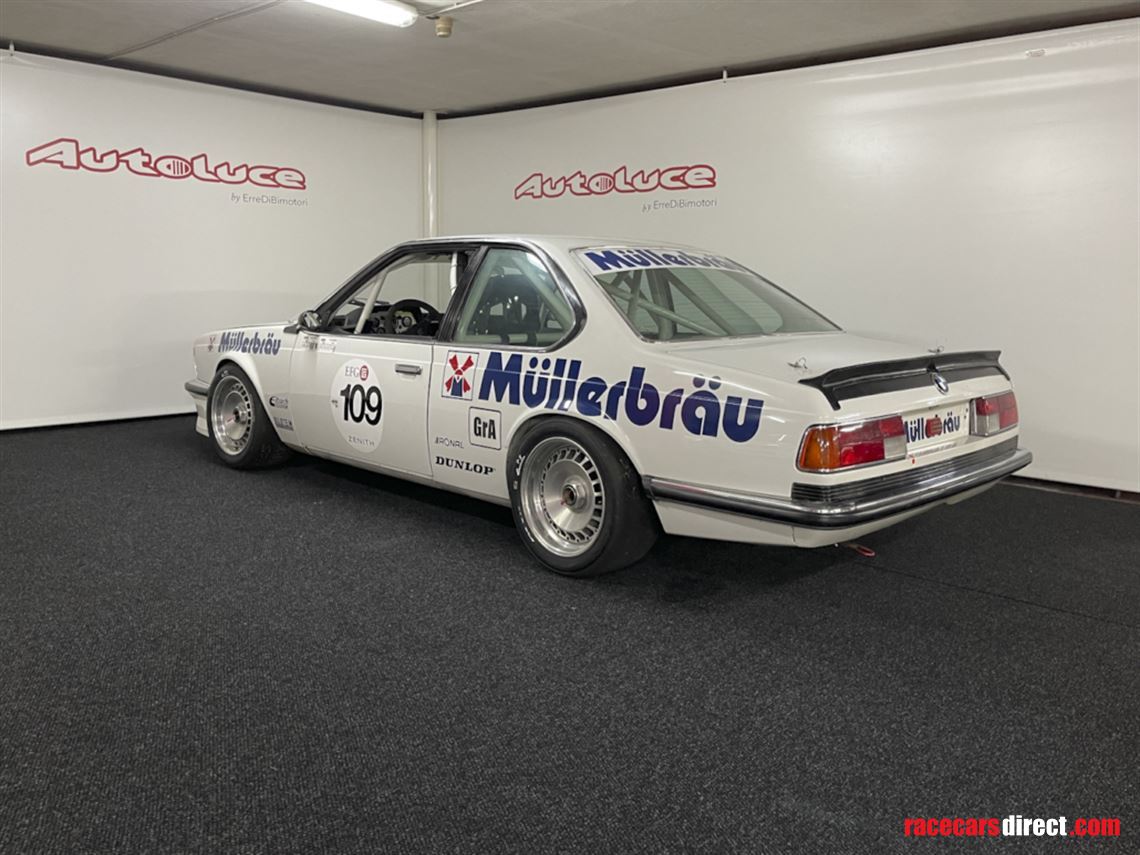 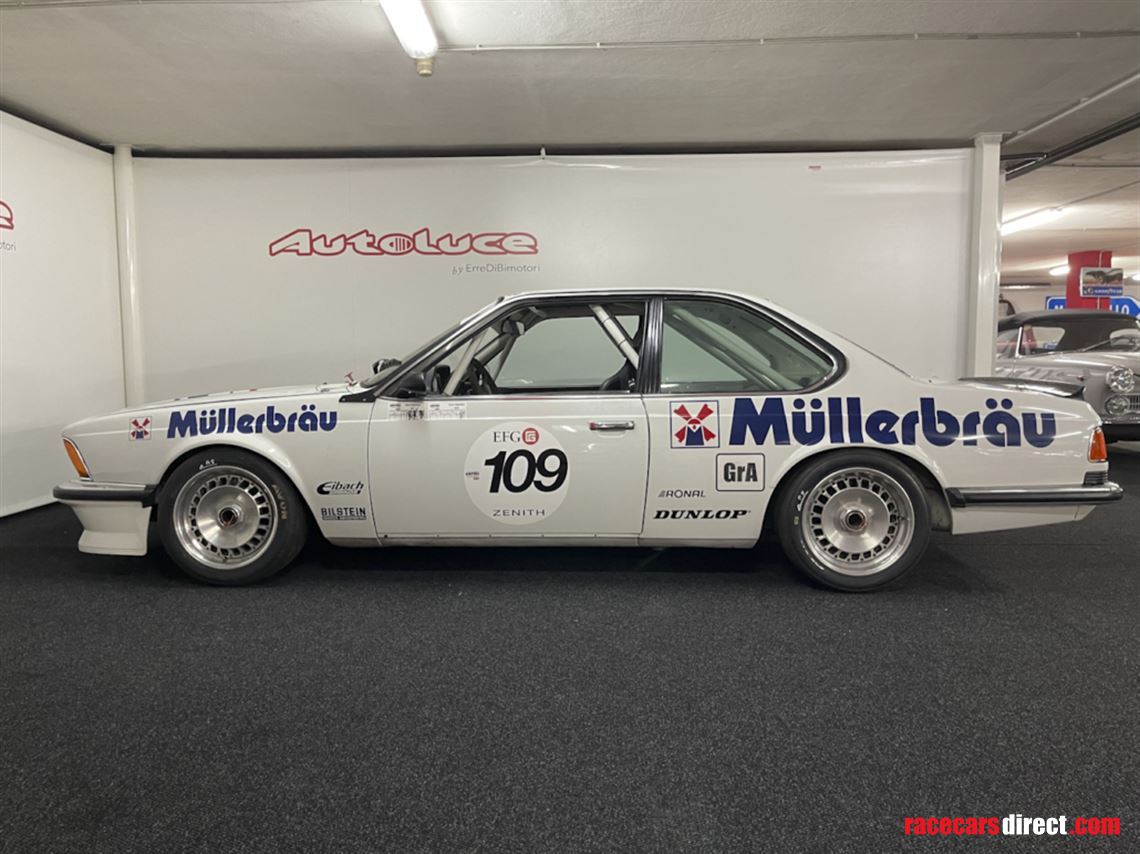 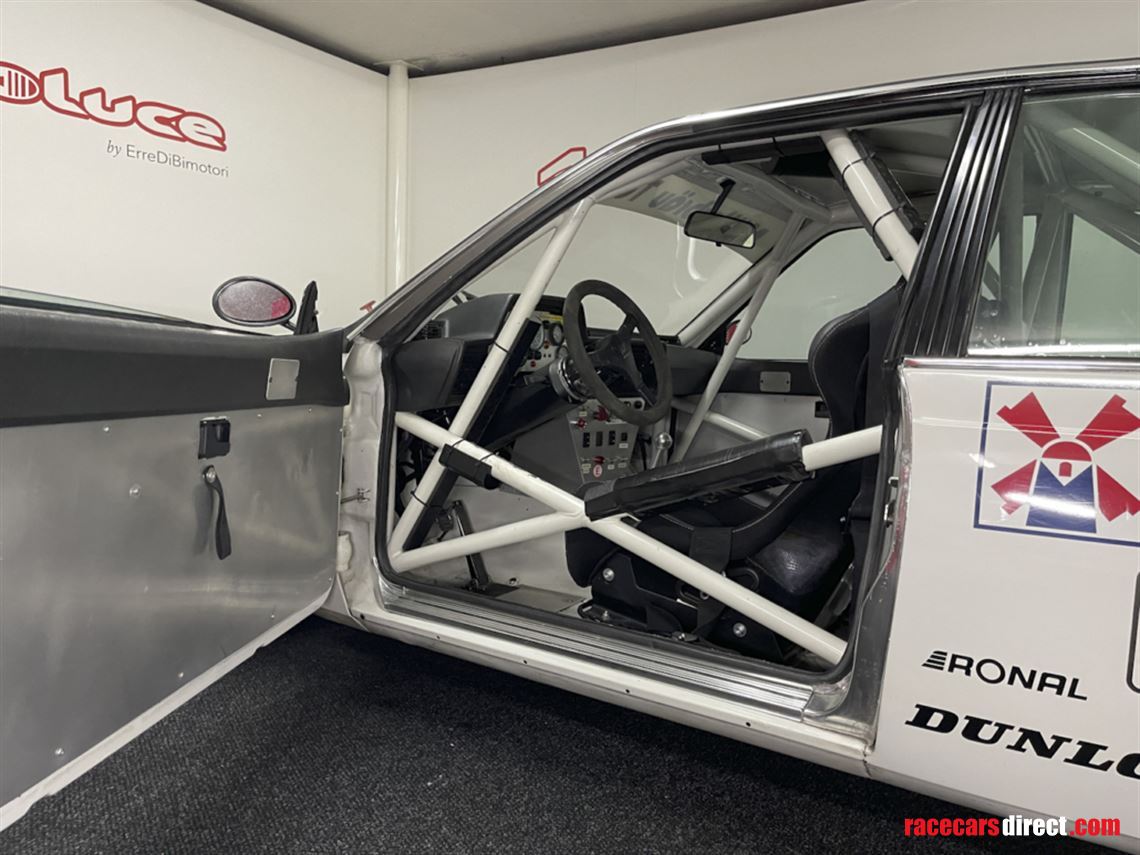 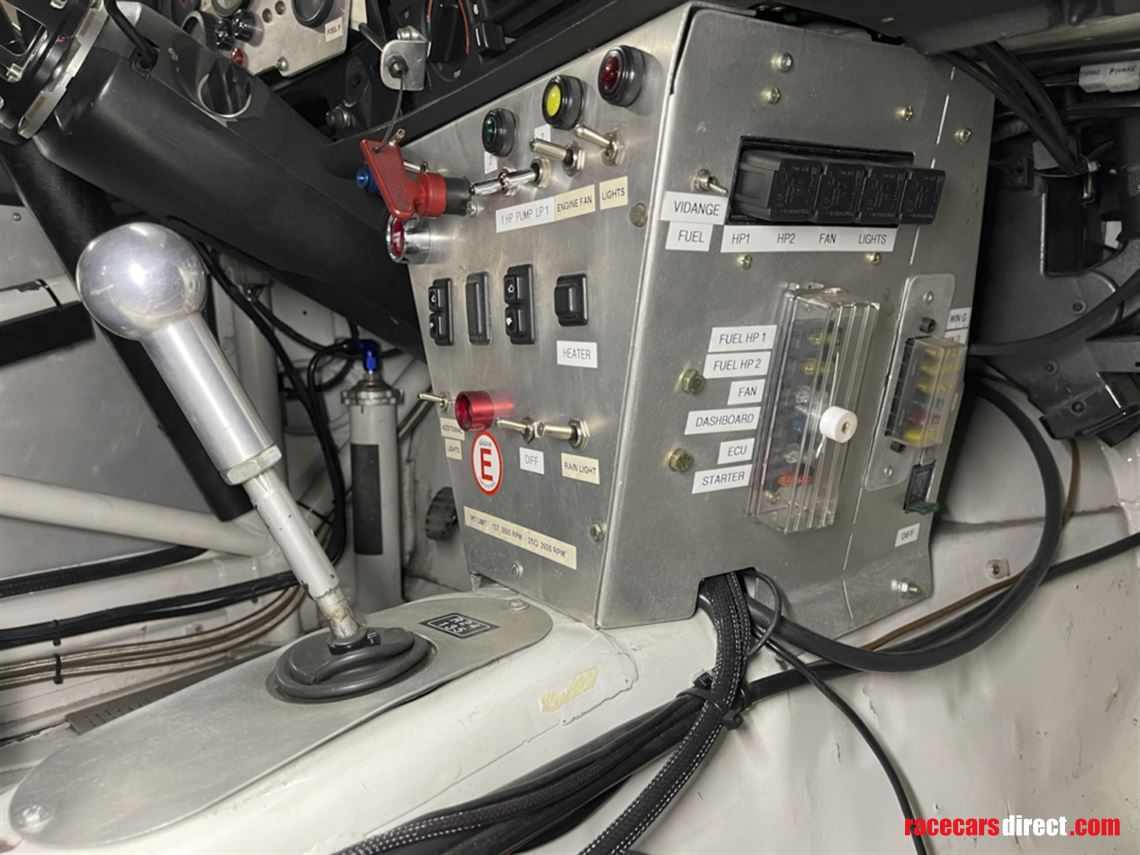 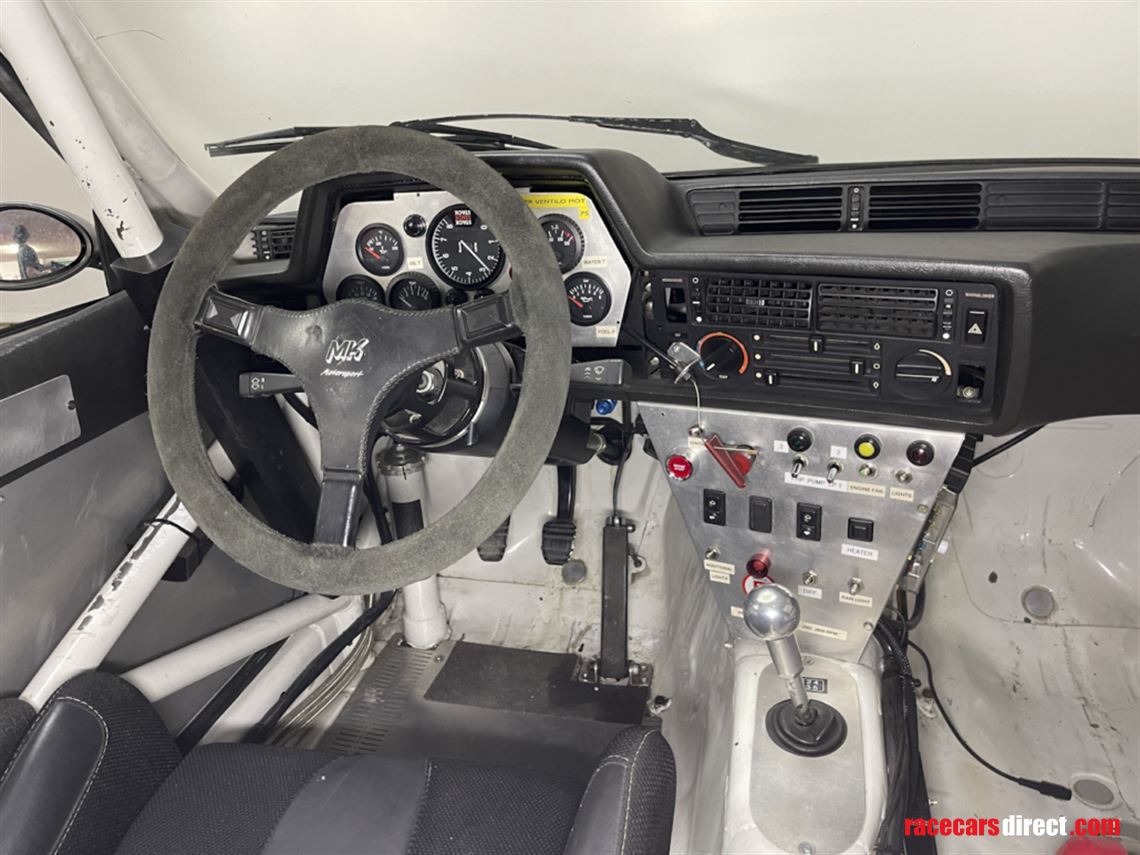 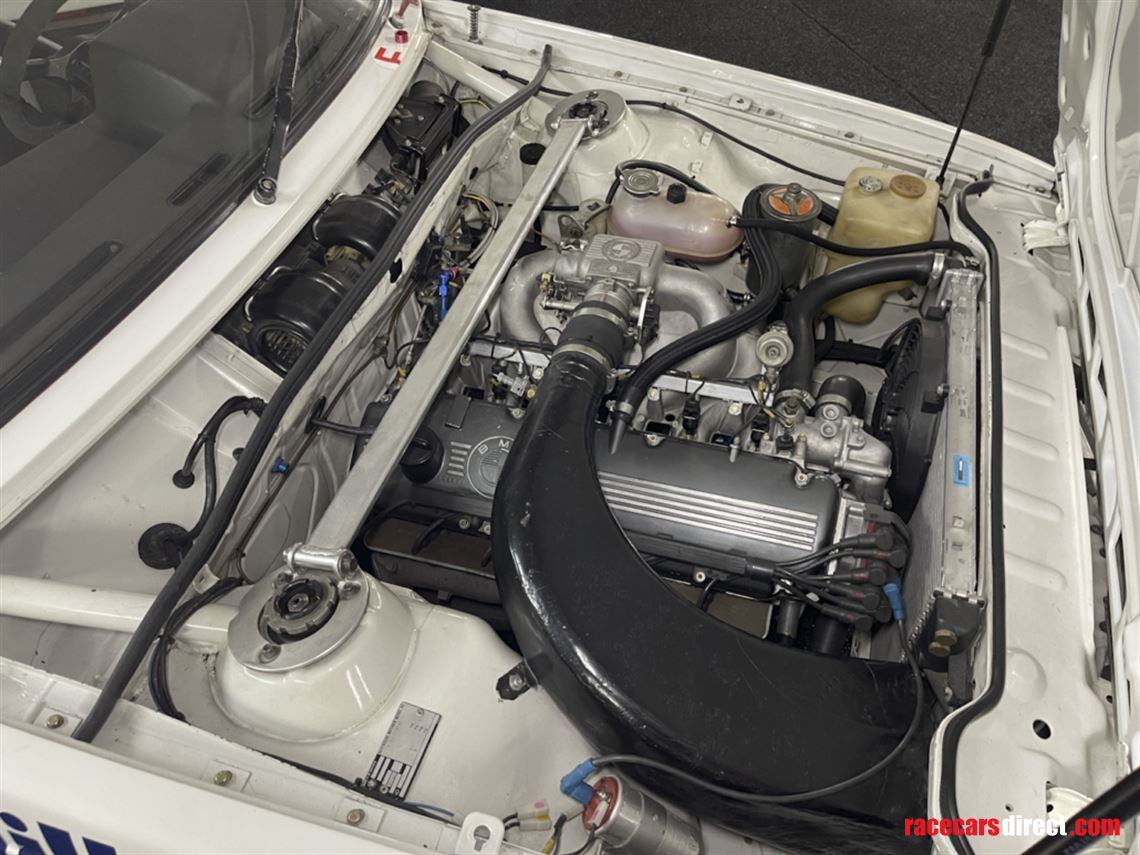 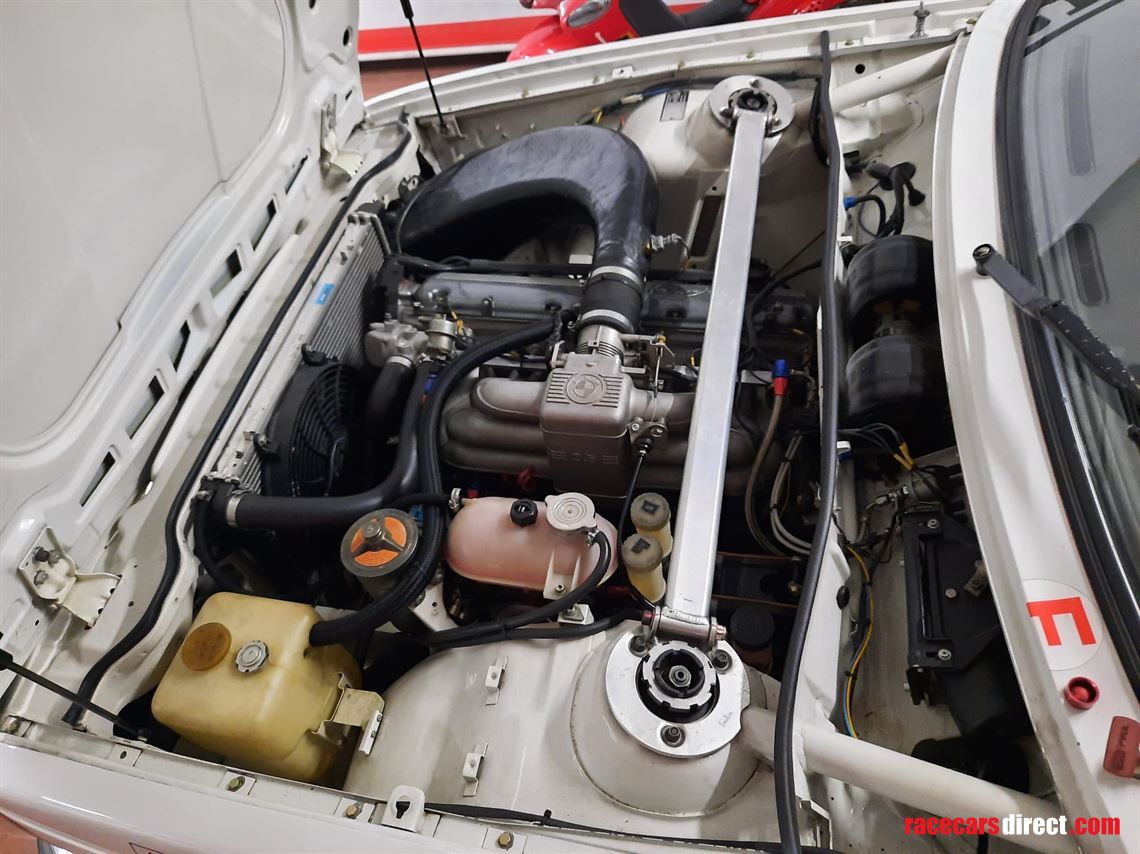 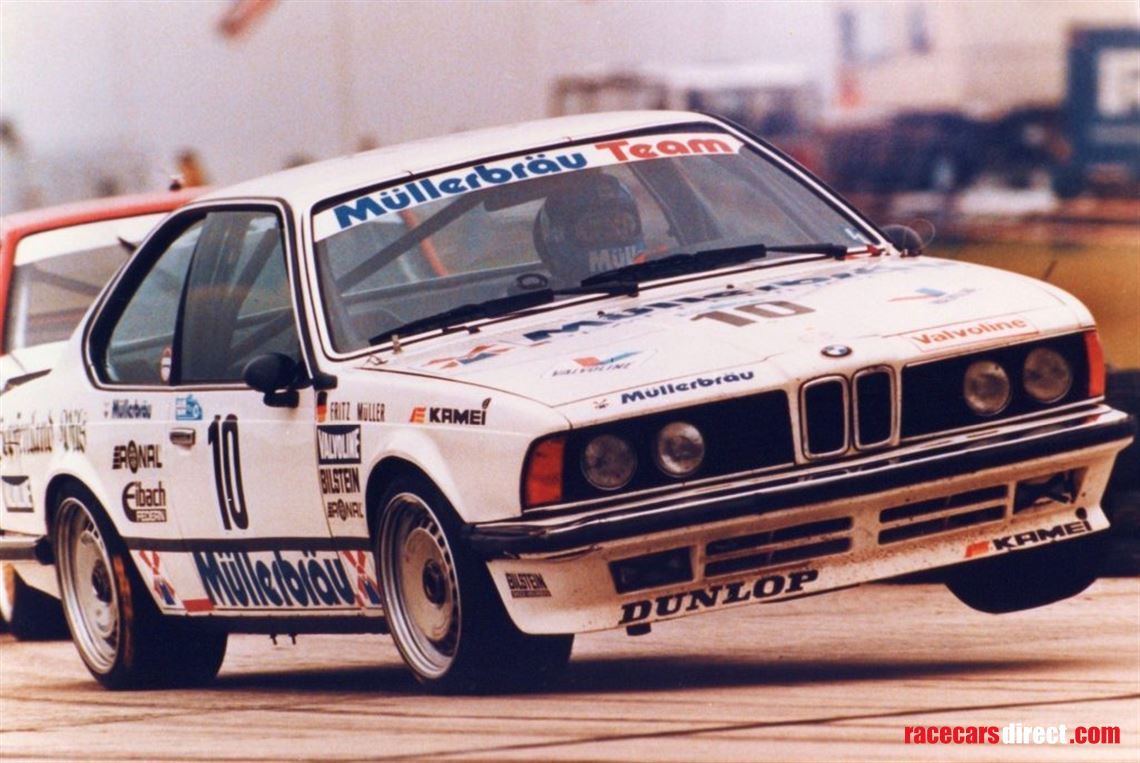 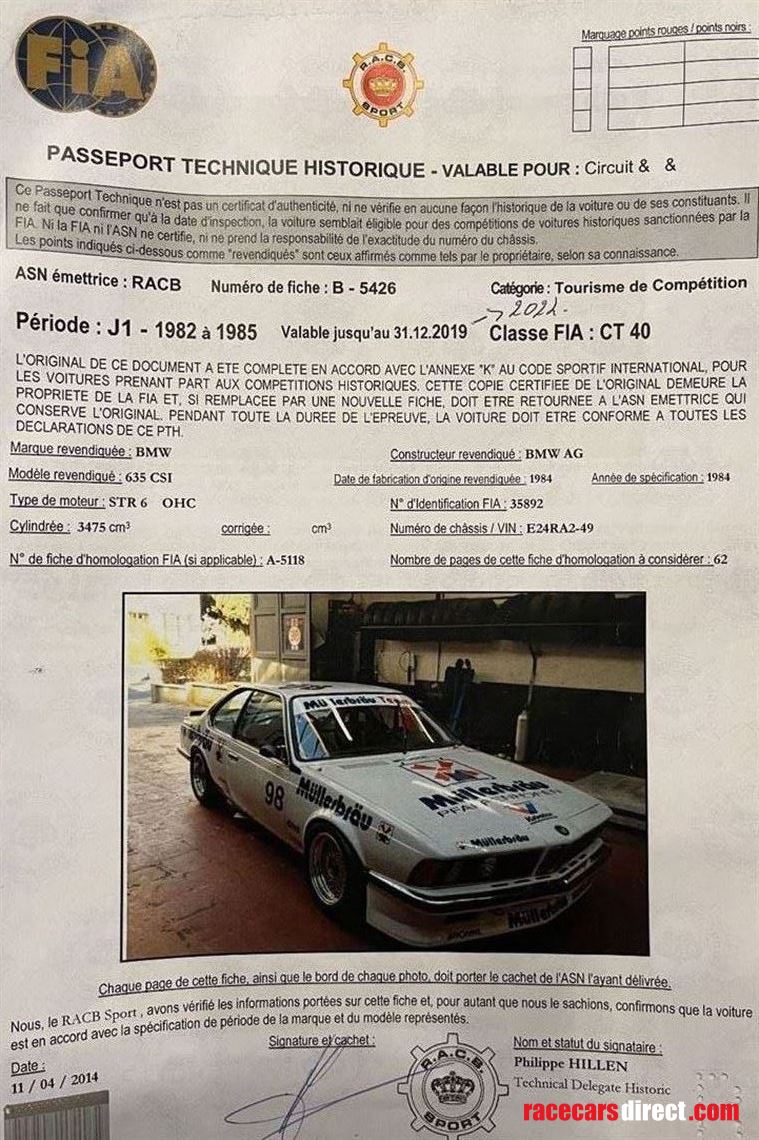 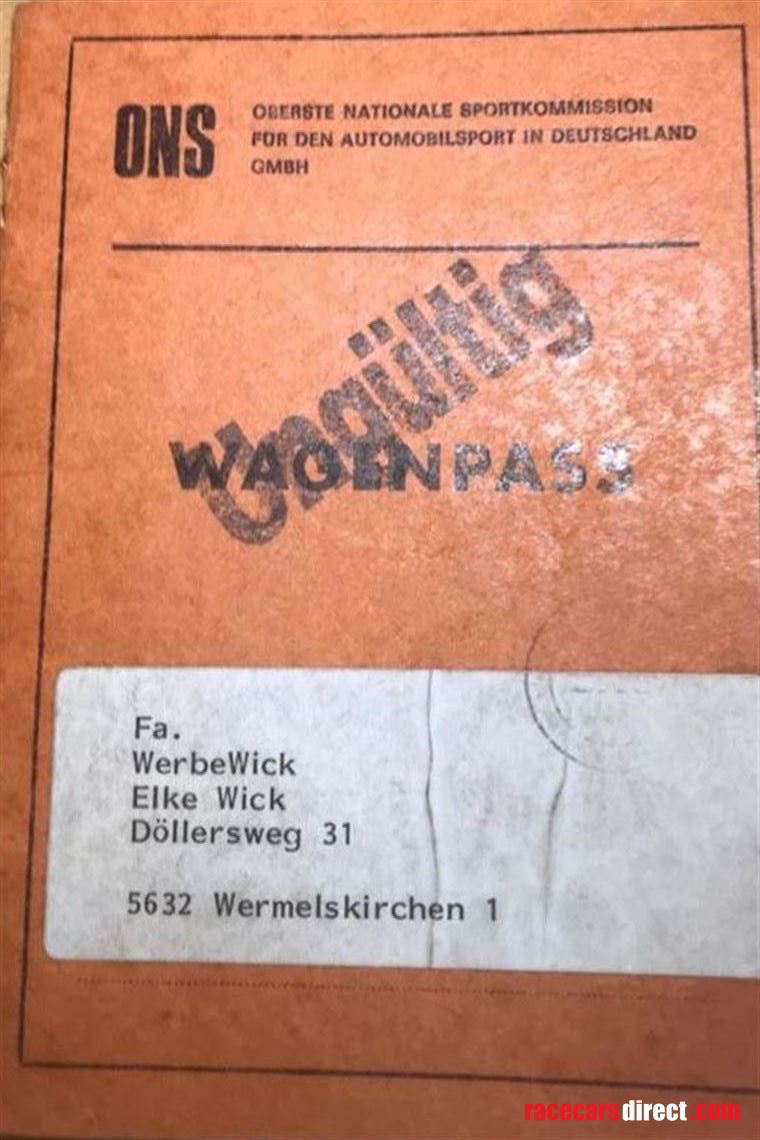 The 635 CSi promised to be well worth the wait though, as it presented big improvement over the mundane 528i. The older car had used only a 2.8L version of the straight six engine, which produced a meager 240 horsepower. In an effort to counter the 400 horsepower V12 Jaguar, the 3.5L from the 635 CSi was taken as a starting point. Since BMW still hadn’t committed to a full factory effort, engine tuning was handled by specialists Alpina and Schrick, while final assembly fell into the very capable hands of Team Schnitzer. The end result was 295 horsepower at 6900 rpm, which still gave the BMW a 105 horsepower deficit over the Jaguar. Luckily, Group A featured an equivalency formula based on engine displacement. The size of the engine affected minimum weight requirements and maximum allowable tire width. With its 3.5L engine, the 635 CSi made do with 1185 kg (2612 lbs) minimum weight and 250-section tires on all four corners. By comparison, this left the BMW with a 222 kg (489 lbs) advantage over its British rival with its massive 5.3L V12. Furthermore, the 635 CSi had the luxury of a five-speed Getrag 265/5 transmission, whereas the XJ-S had to make amends with a four-speed unit. The weight advantage would pay dividends to BMW, as the 635 CSi could brake later, corner better, use less fuel and be easier on brakes and tires than the big Jag. This would especially be of benefit in the longer rounds of the ETCC, like the 24 Hours of Spa.Again using its superior reliability. The 635 CSi became an immediate and very dangerous threat to the superior Jaguars. Furthermore, TWR fielded only two cars, whereas BMW could count on a veritable armada.Along with semi-works Team Schnitzer and Eggenberger-BMW Italia, the 635 CSi was used by Hartge Motorsport, Juma, Motul, Chiazzaro, and a few other ones. As there were now other competitors in the top level Division 3 over 2500cc, BMW stood a very real chance of defeating the fast but fragile Jaguars. The tactic seemed to work, as BMW won six races to Jaguars four. The 635 CSi even managed to win on its debut with Team Schnitzer’s Dieter Quester and Carlo Rossi at Monza, before winning at Vallelunga with 1981 ETCC champions Helmut Kelleners and Umberto Grano of Eggenberger Motorsport-BMW Italia. Between them, these teams took five of the six wins scored by BMW, but the sixth was arguably the most special.Although it was unable to defend its title against the improved Jaguar XJ-S in 1984, the 635 CSi moved on to other great things with success! In Germany a new series was launched to accommodate Group A cars : the Deutsche Produktionswagen Meisterschaft was the immediate predecessor to the later Deutsche Tourenwagen Meisterschaft. Despite lacking power in comparison to its opponents, the big Beemer’s sheer tenacity, bulletproof reliability and lovely handling gave it the ability to conquer virtually every inaugural Group A season on the planet. With total race wins in the dozens and 12 major national and international titles, the BMW 635 CSi is one of the single most successful Group A touring cars of all time. 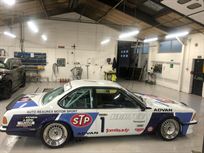